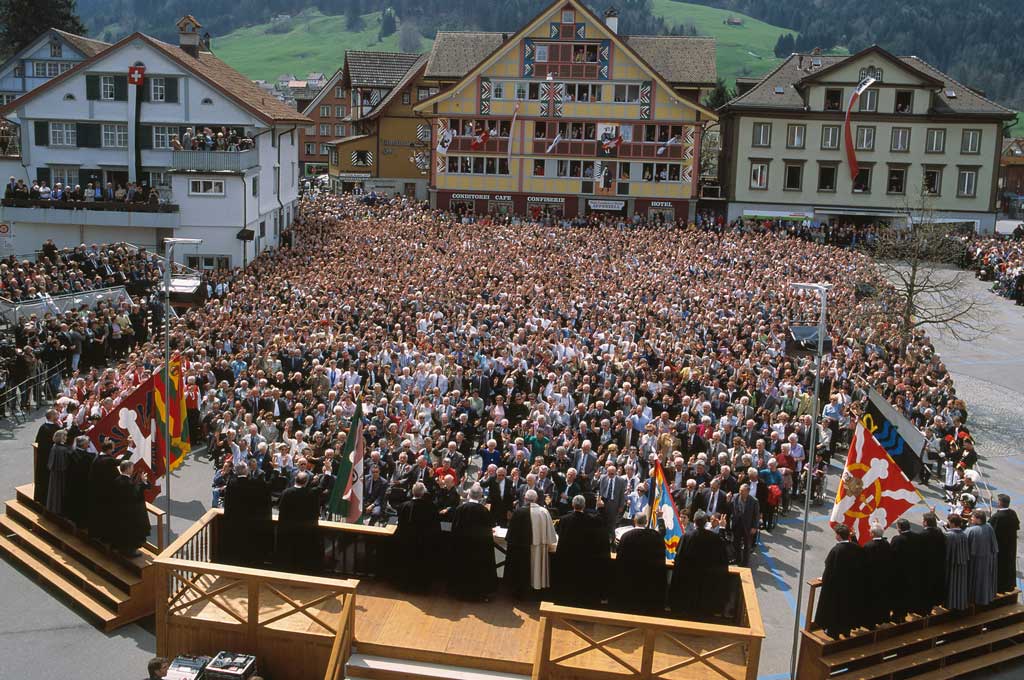 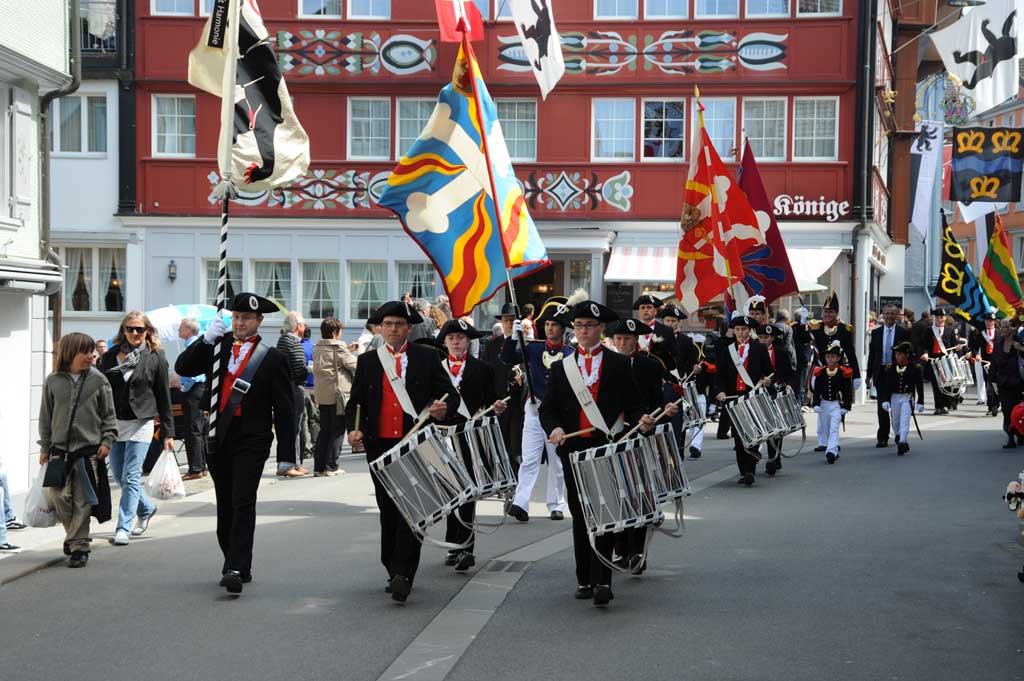 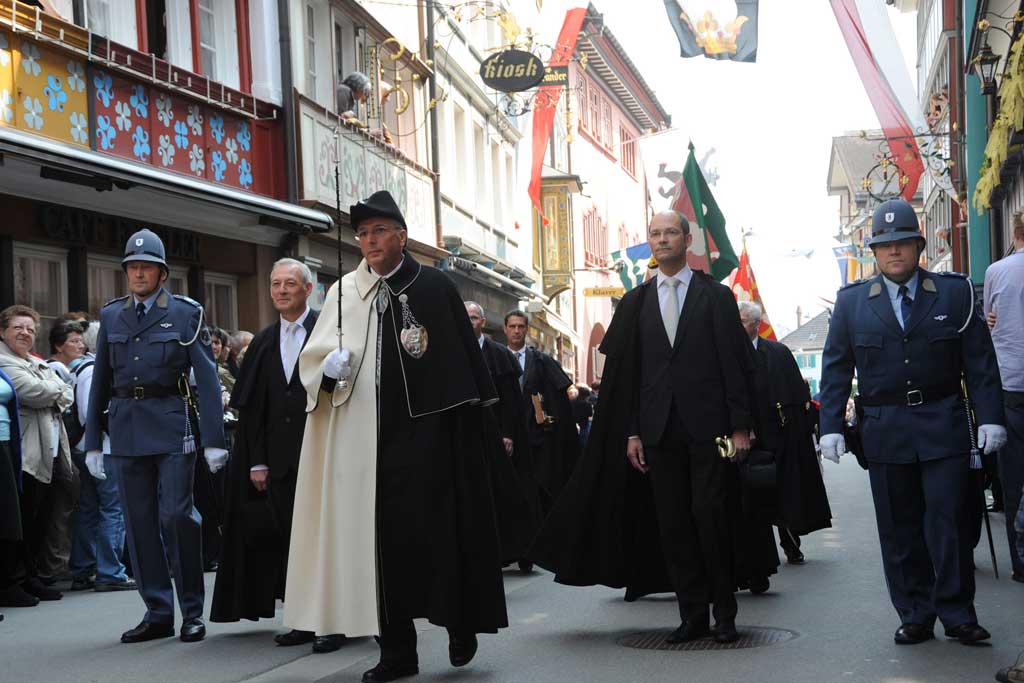 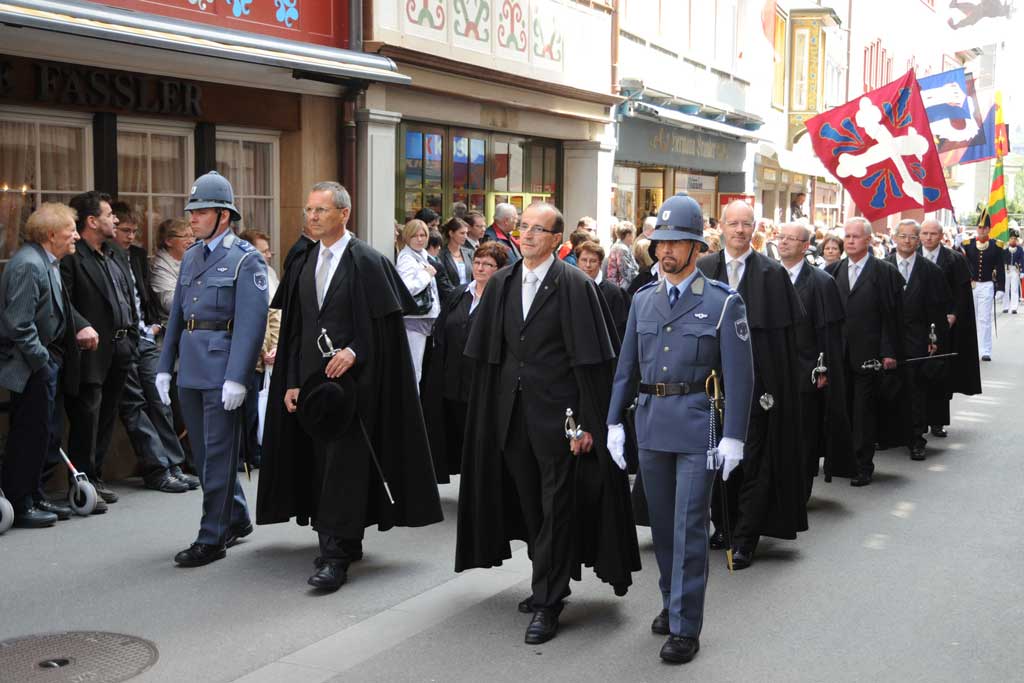 Members of the cantonal court of justice and the police guard of honour taking part in the assembly procession © Marc Hutter/Kanton Appenzell Innerrhoden, 2011 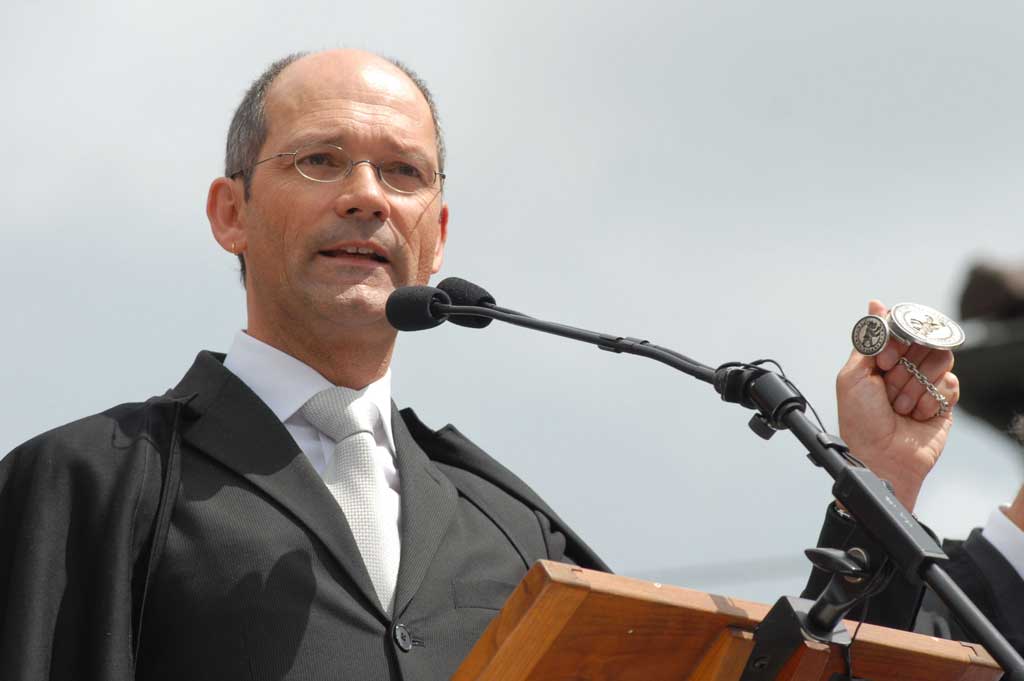 The Governing Chairman symbolically placing the cantonal seal in the hands of the people before the (re)election for his position © Marc Hutter/Kanton Appenzell Innerrhoden, 2011 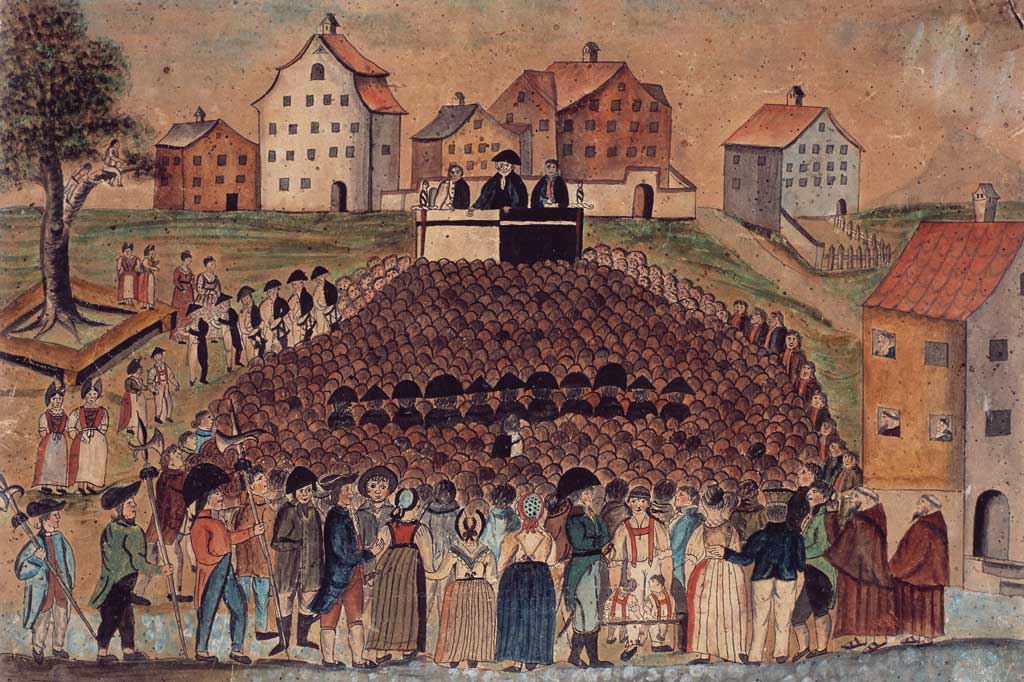 On the last Sunday in April, the electorate of Innerrhoden gathers to hold the Landsgemeinde, or Cantonal Assembly. A special church service takes place in the morning in which the members of the cantonal government, members of the cantonal court of justice and their guests of honour take part. At exactly 12 pm the cantonal government, cantonal court and their guests of honour start their procession from the town hall to the square in which the assembly is held. They are led by the Harmonie Appenzell band playing a slow march, and the uniforms and flags of the Rhodes cadets and the Junkers of the seven Rhodes of the canton bestow a grand and colourful charm on the event. Those in office wear their official black cloaks, with the men among them carrying weapons at their sides (swords or rapiers) and wearing hats. When the ringing bell in the nearby church tower falls silent, the current Governing Chairman (“Landammann”) opens the assembly with an address. Two Governing Chairmen are then elected, after which the Chairman and the electorate take the assembly oath in a formal ceremony. Members of the cantonal government and the cantonal court are elected or re-elected, and then the assembly proceeds to the voting on the business of the day (constitutional, legal and financial motions). Members of the electorate have the right to speak for or against the proposals. The assembly closes with an official procession back to the town hall.