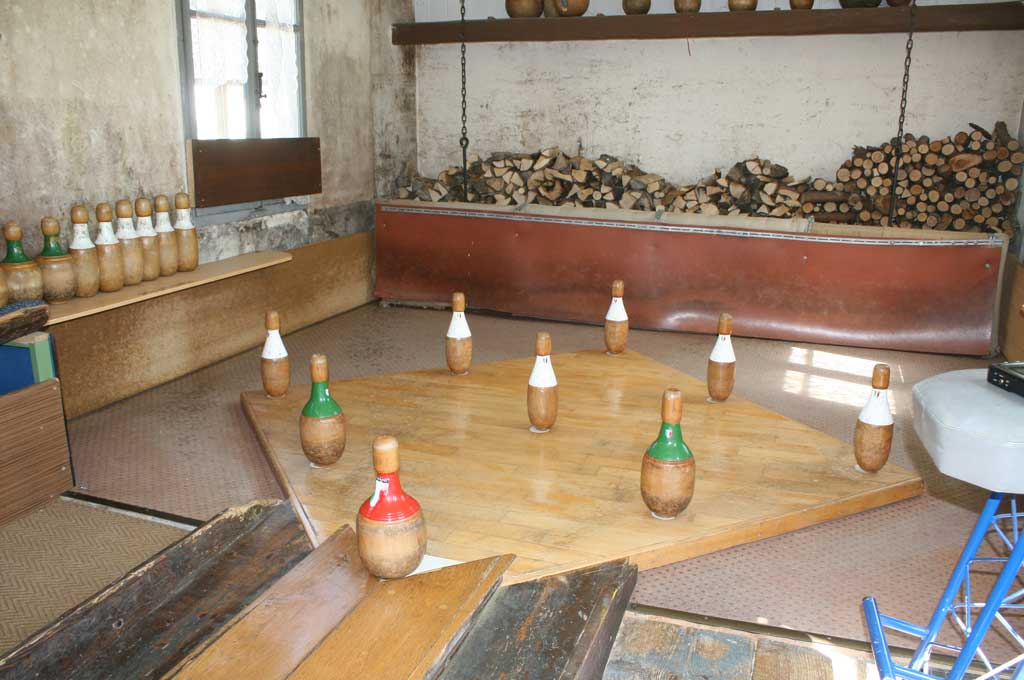 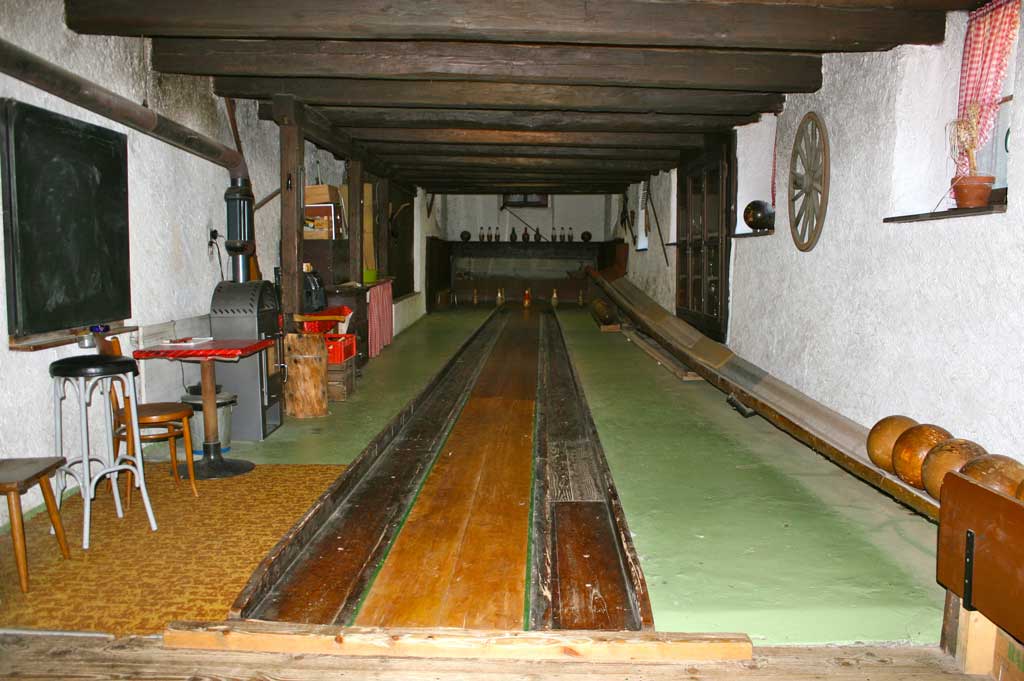 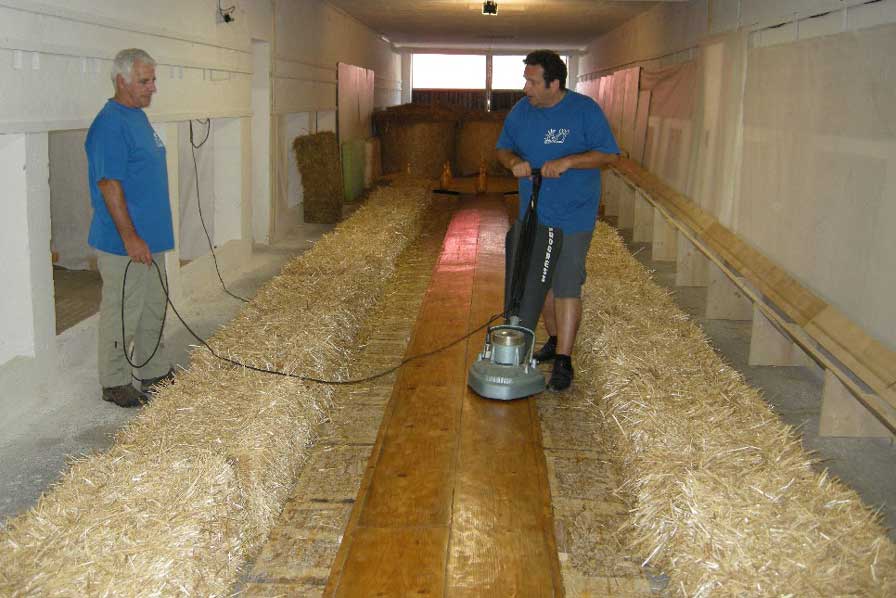 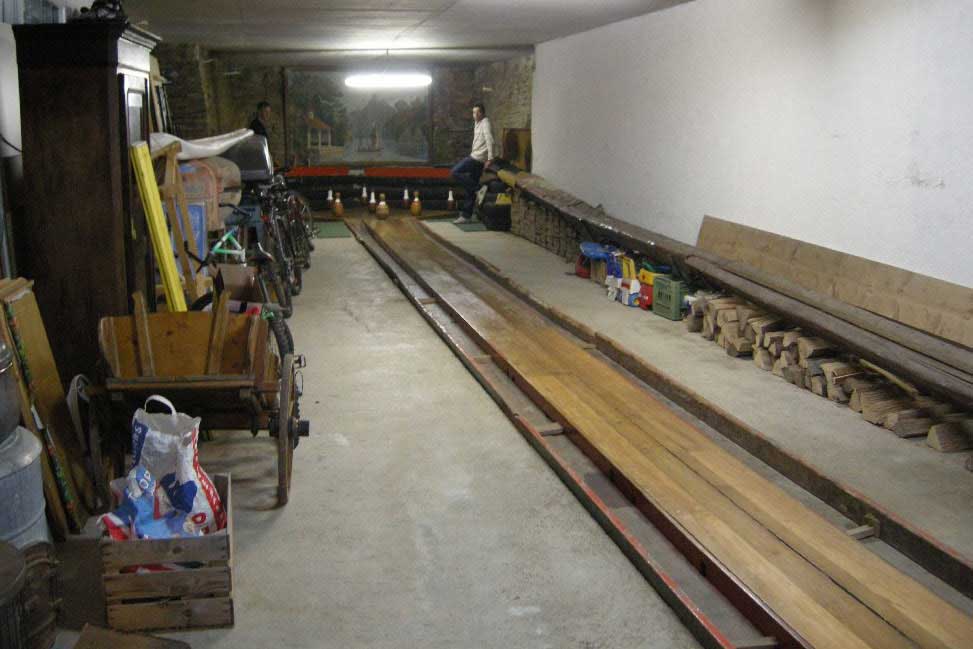 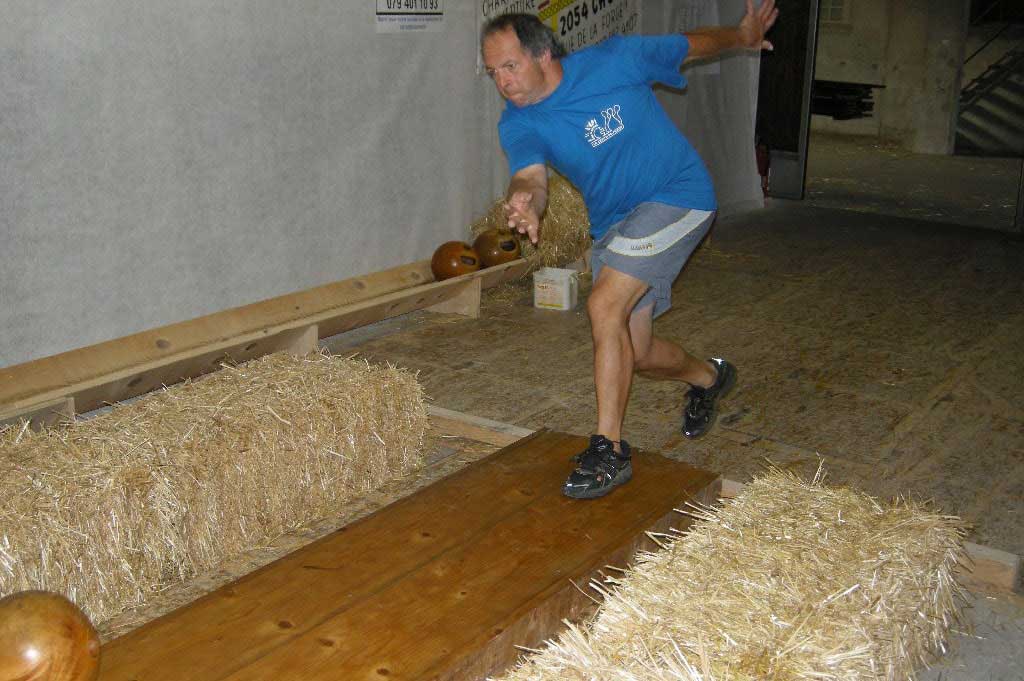 A player from EPI in action, Evologia 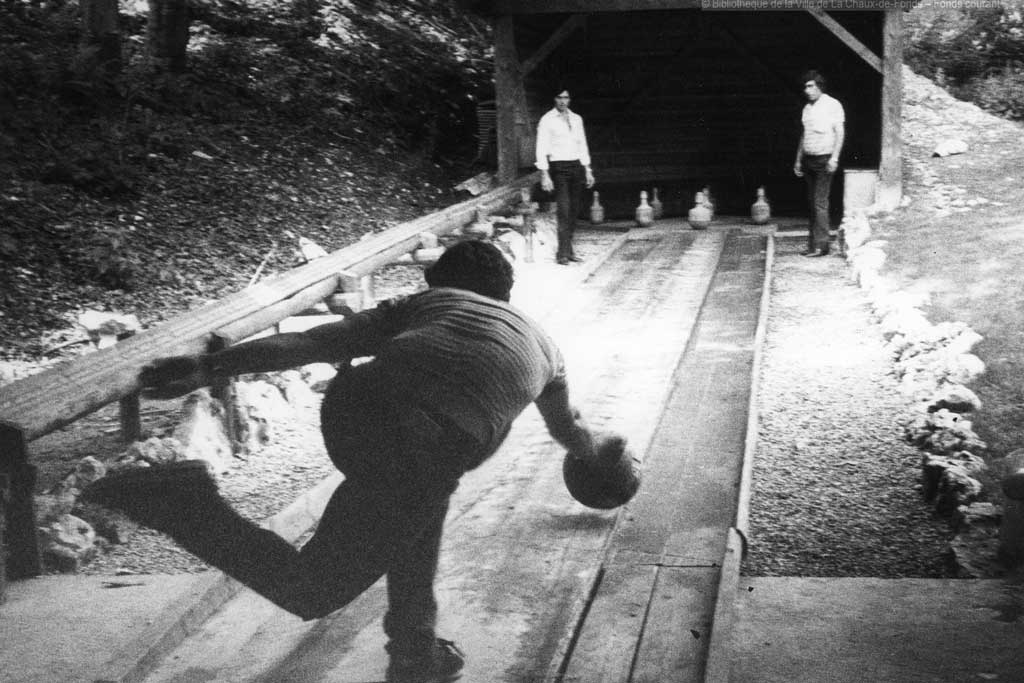 Neuchâtel skittles, a forerunner of ten-pin bowling, is a game where players try to knock down nine bowling pins with a wooden ball. What makes the Neuchâtel version unique is that the bowling alley consists of two planks of wood that are joined together to form an upturned V-shape. A pinsetter ensures that the skittles are placed in their correct position. One point is given for each overturned skittle, however the throw does not count if the player fails to knock over the front skittle. The heyday of this convivial game was the late 19th and early 20th century; by the 1960s its popularity had waned considerably. Outdoor bowling alleys were set up next tométairies– country inns that were adjacent to dairy farms, and synonymous with the Neuchâtel Jura. Over time, these went to seed as open-air bowling fell out of favour. In contrast, indoor bowling alleys, many of which date back to the 1930s are still used and maintained by the four local skittles clubs. Players practice every week and compete against one another in various tournaments, such as the “Course Suisse”, the “Challenge de l’Impartial”, the “Championnat de l’Intercantonale”, and the very special “Challenge du 60e “, which is played at clearly defined intervals over a 10-year period. The winner is the club which has recorded the most victories during the 10 years. Calling all amateur players: the Neuchâtel skittle clubs would be delighted to welcome new members to their teams.