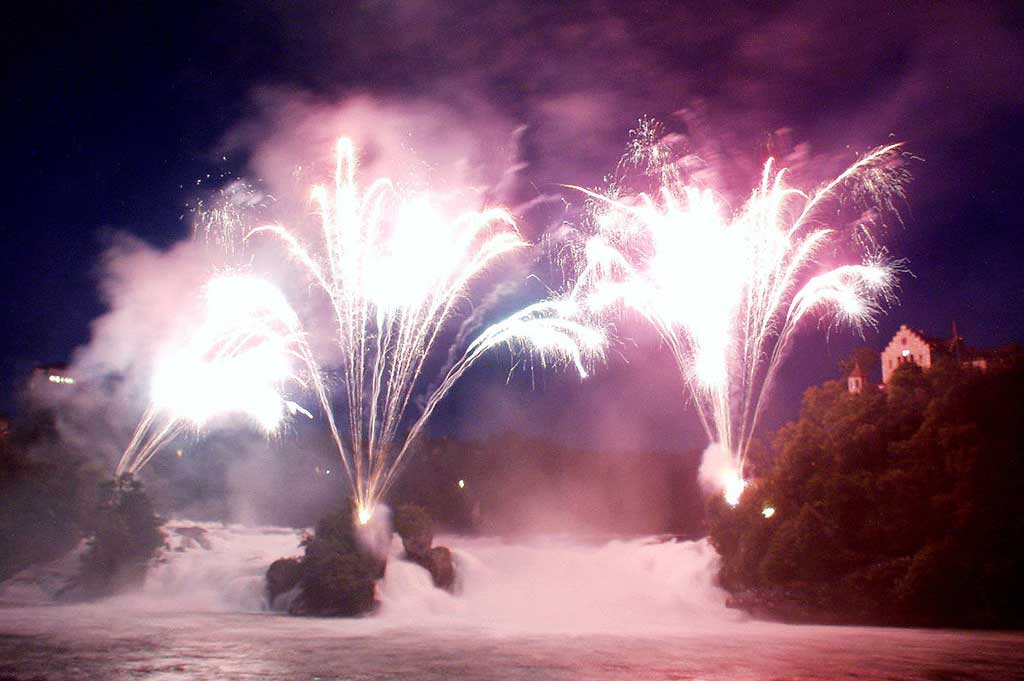 The spectacular fireworks display on 1 August at the Rhine Falls, 2000 © Max Baumann Schaffhausen 2000 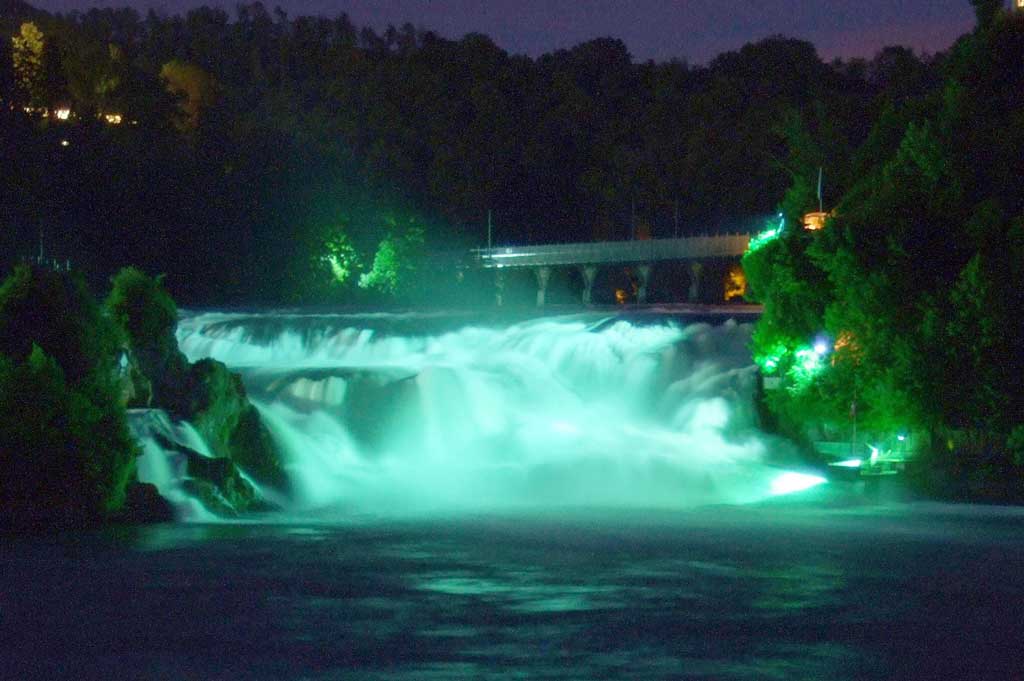 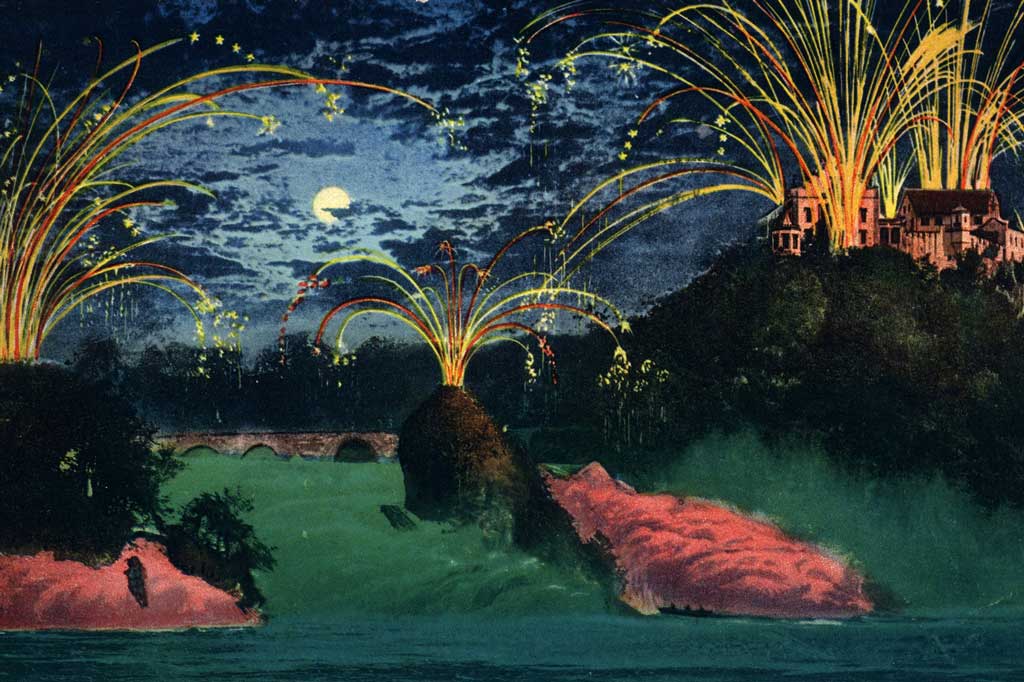 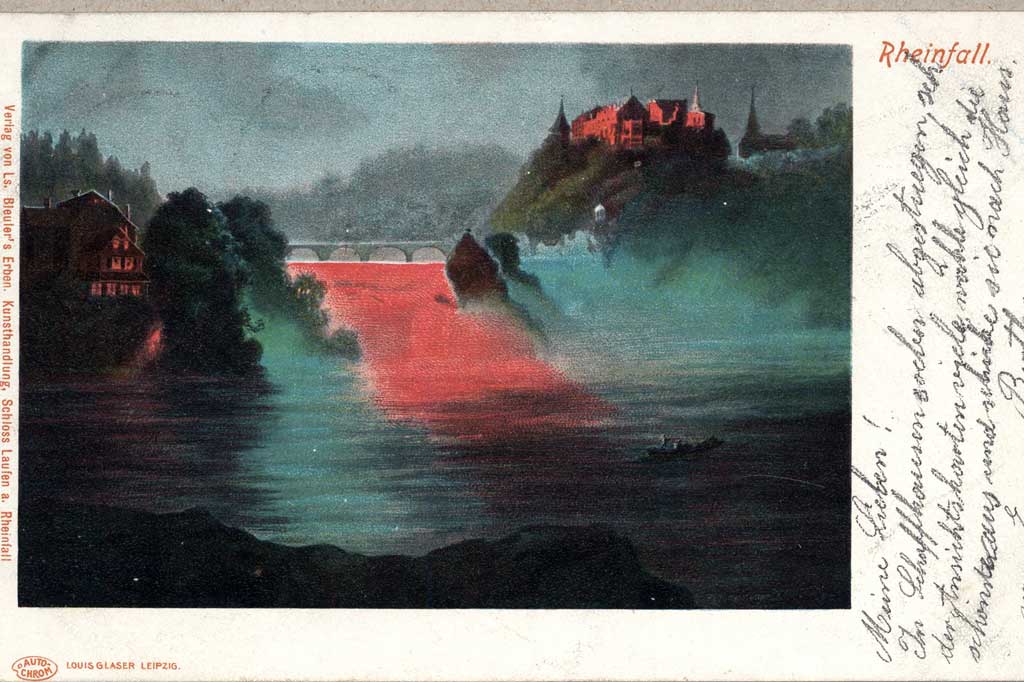 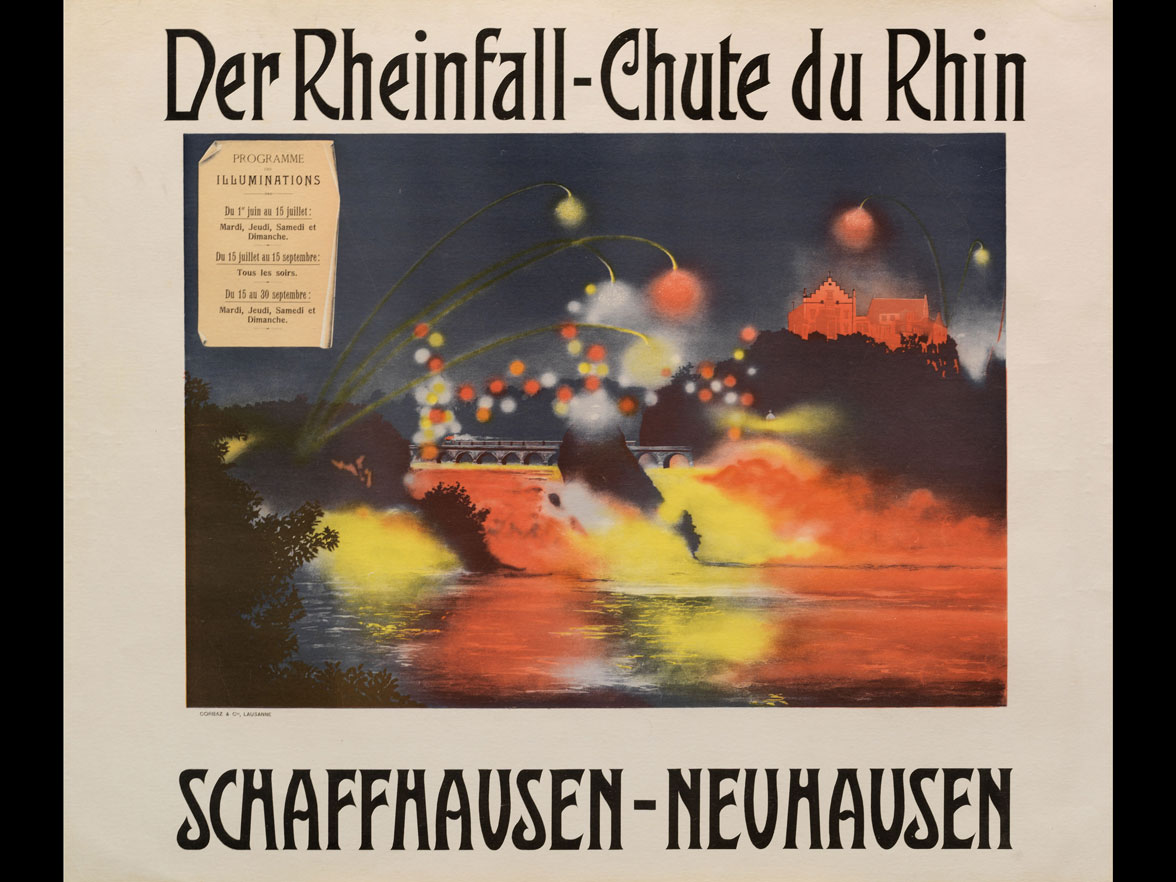 The Rhine Falls near Neuhausen is the largest waterfall in Europe. The spectacular landscape and historical buildings make for an impressive show by day, but also provide a unique backdrop for illuminations at night. The roots of the Rhine Falls illuminations are intertwined with the development of the tourism industry. Hotel owners began putting on Bengal light shows as early as the nineteenth century in order to offer their guests an extraordinary experience. In the twentieth century the illuminations were taken over by semi-public institutions. Since 1966 a grand fireworks display has taken place every year, enthralling around 10,000 spectators. For a long time the event was held on 1 August, but between 2009 and 2011 it was run by the Rhine Falls Interest Group on the penultimate Saturday in August. From 2012 onwards it takes place on 31 July. And since 12 April 2008 the Falls have been bathed in a new light. The electricity board of the Canton of Schaffhausen (EKS AG) celebrated its 100th birthday by giving the spectacle of nature a new illumination system. The light show, which is the work of St Gallen lighting designer Charles Keller, is run according to a schedule covering the whole year and presents the Falls in all their majestic grandeur.