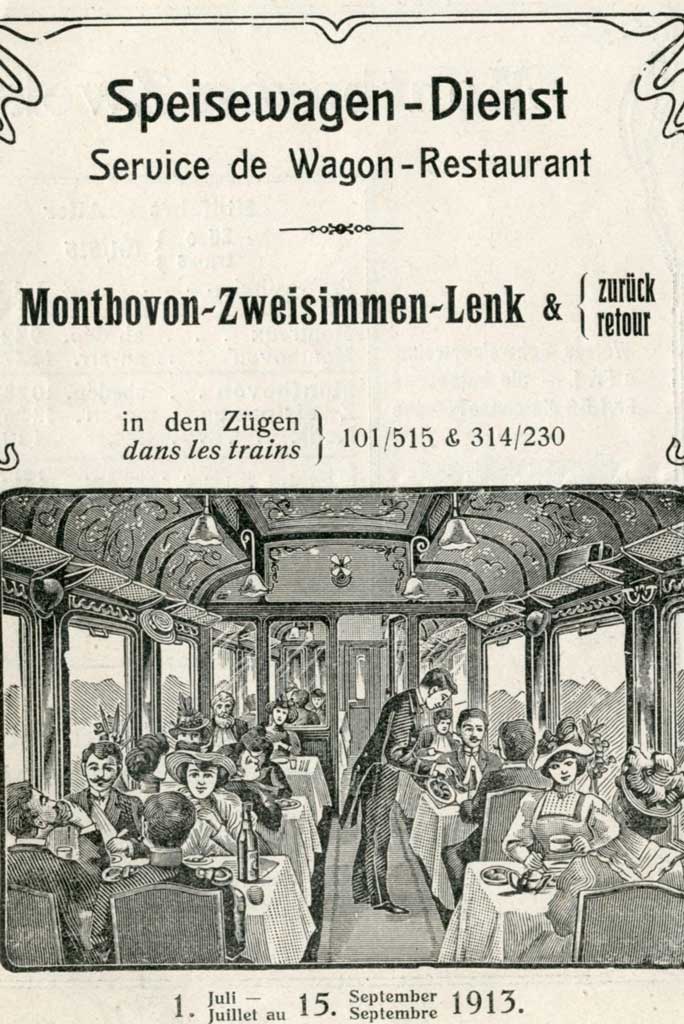 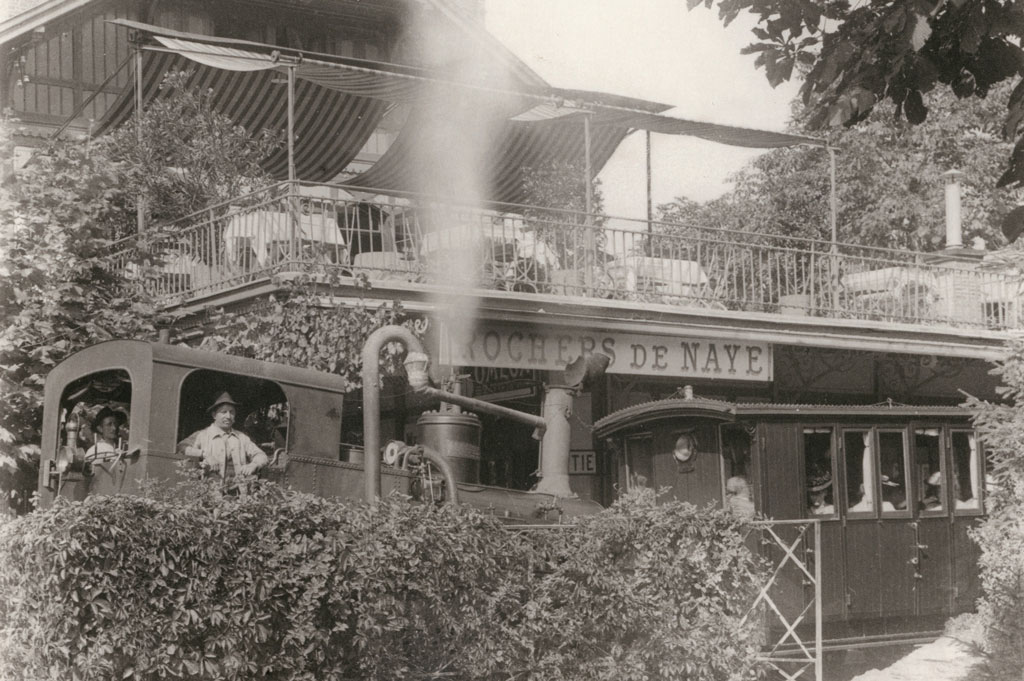 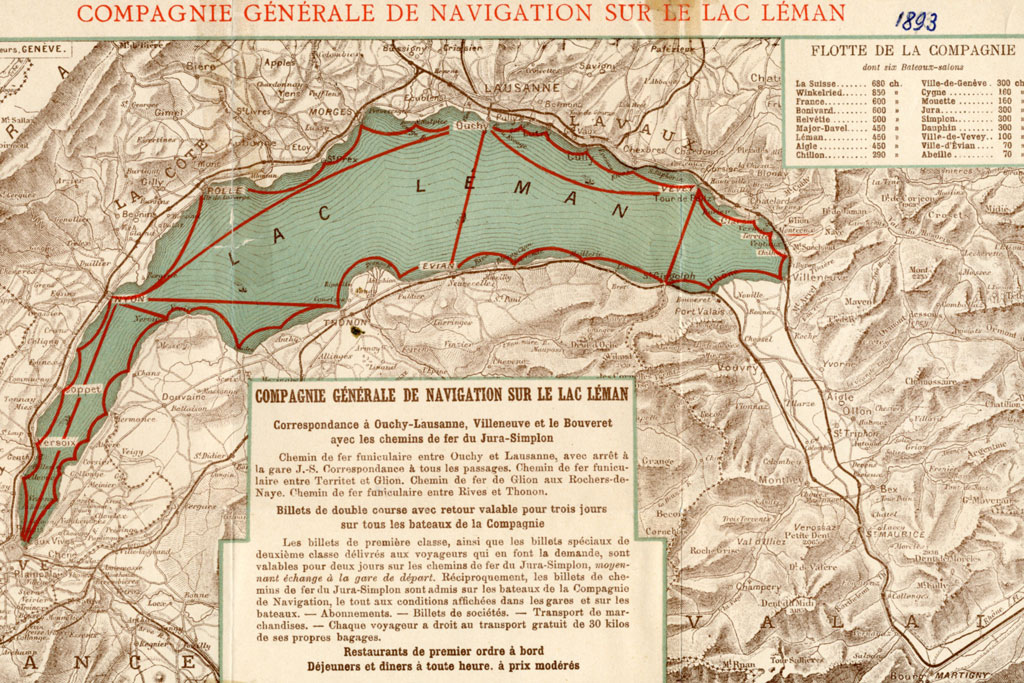 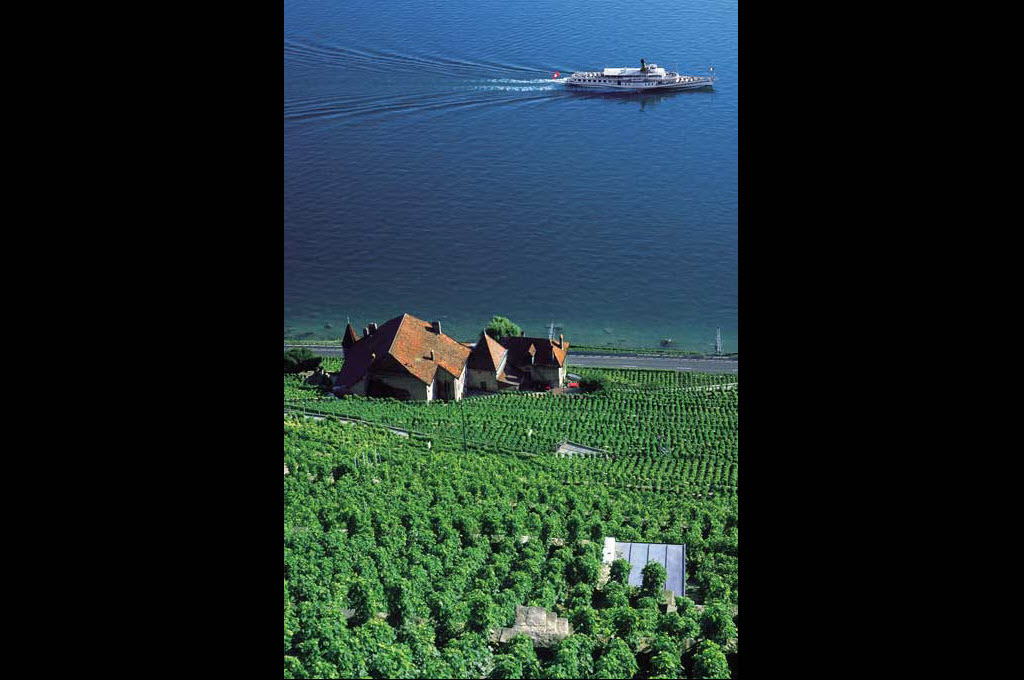 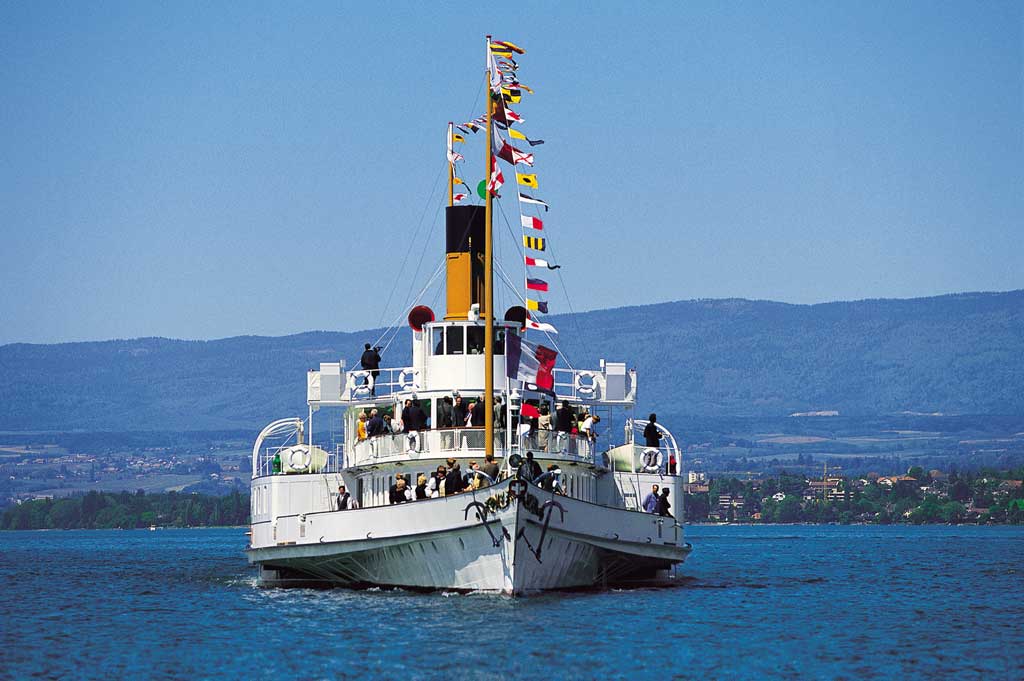 At the turn of the 20th century, the Belle Epoque represented the heyday of the bourgeois lifestyle and ideals – particularly the fondness for pleasure trips. Switzerland, which had started to become a romantic tourist destination at the end of the 18th century, faced a need to develop extensive transport and hospitality infrastructures throughout the 19th century. The banks of Lake Geneva gained a number of high-class resorts, from Geneva – the main gateway to Chamonix at the time – to Ferney-Voltaire, Château de Coppet, Signal de Bougy, Lausanne and Clarens. Montreux, Chillon. The lake and surrounding countryside soon became tourist destinations as well. International high society adored the grand hotels of Vevey, Montreux, Interlaken, Lucerne and St. Moritz. The vogue for clean air drew travellers into the mountains, from the northern Jura to the Lower Valais and Vaud Alps and Pays-d’Enhaut in between. A massive expansion in transport networks was needed to meet demand, causing a boom in paddle-steamer operators on Lake Geneva from 1823 onwards and then railways – both cross-country and mountain varieties. The legacy of this period survives today in the form of beautiful structures and means of transport, and its appeal for tourists during the high season is as strong as ever.