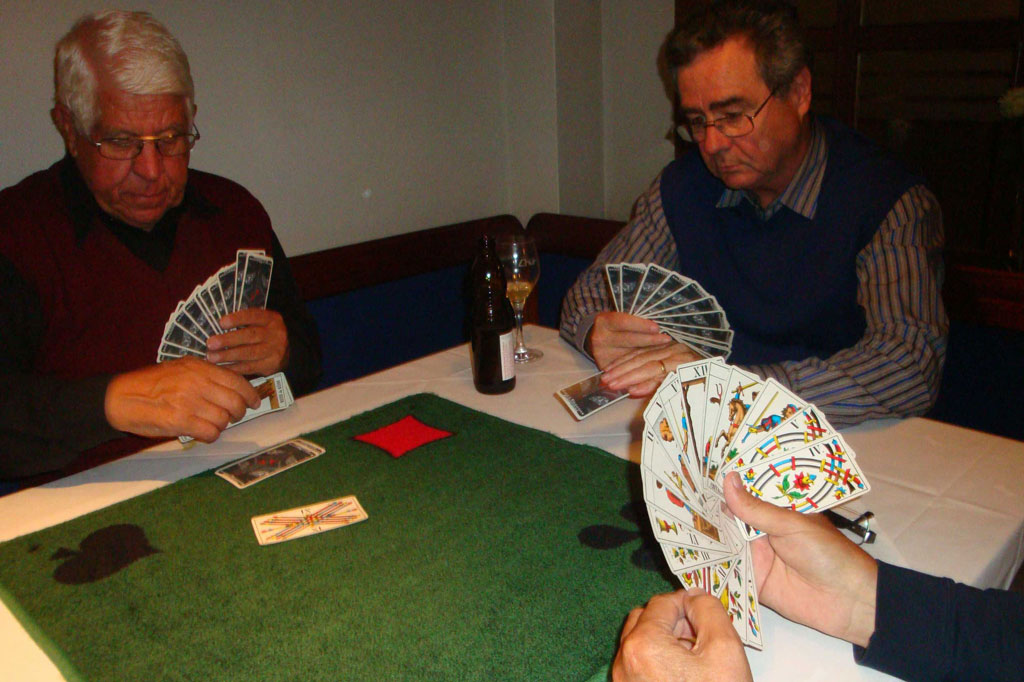 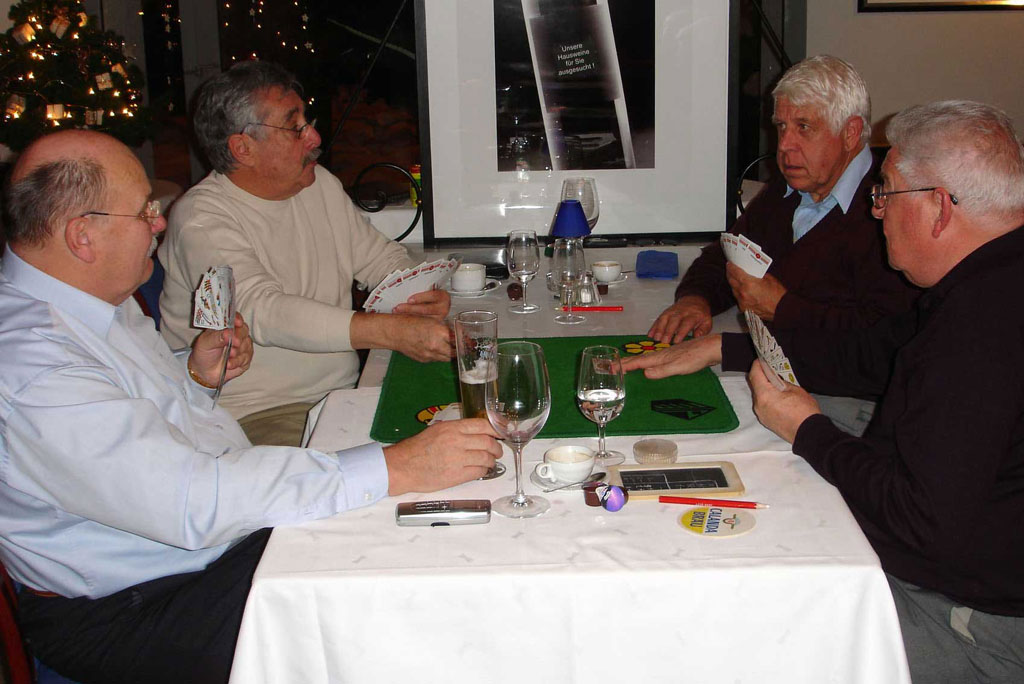 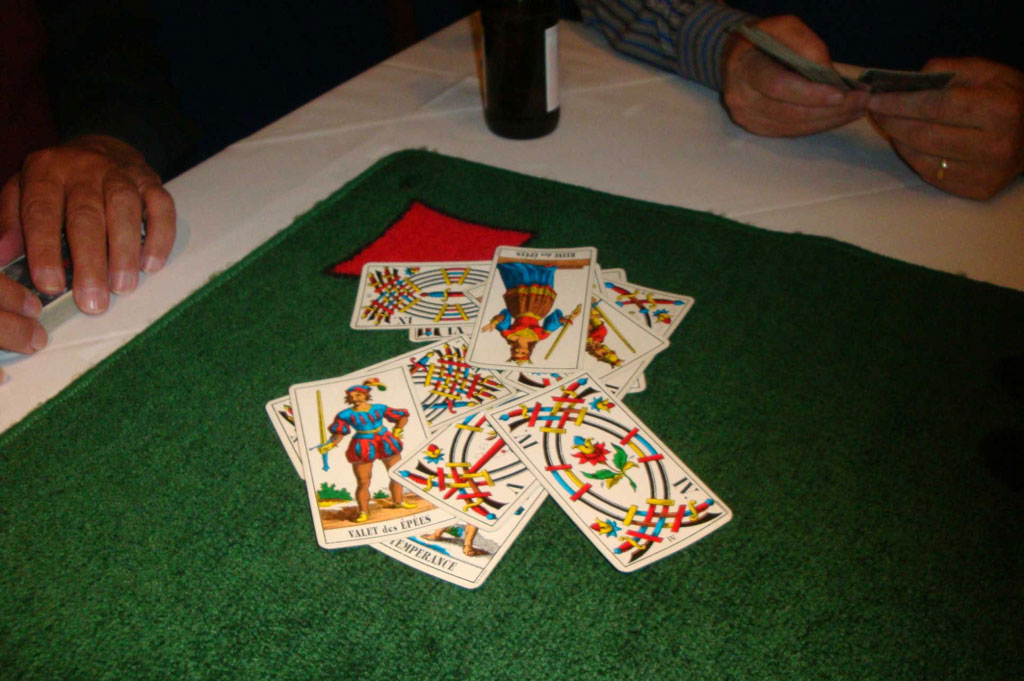 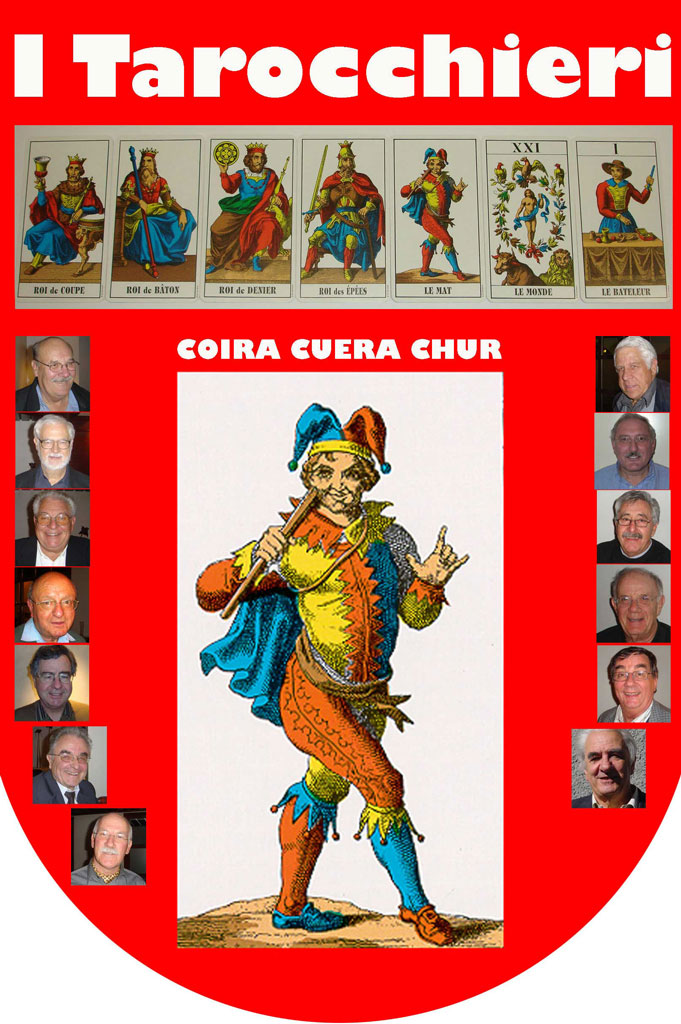 The coat of arms of the "Tarocchieri" in Chur © Bruno Paganini 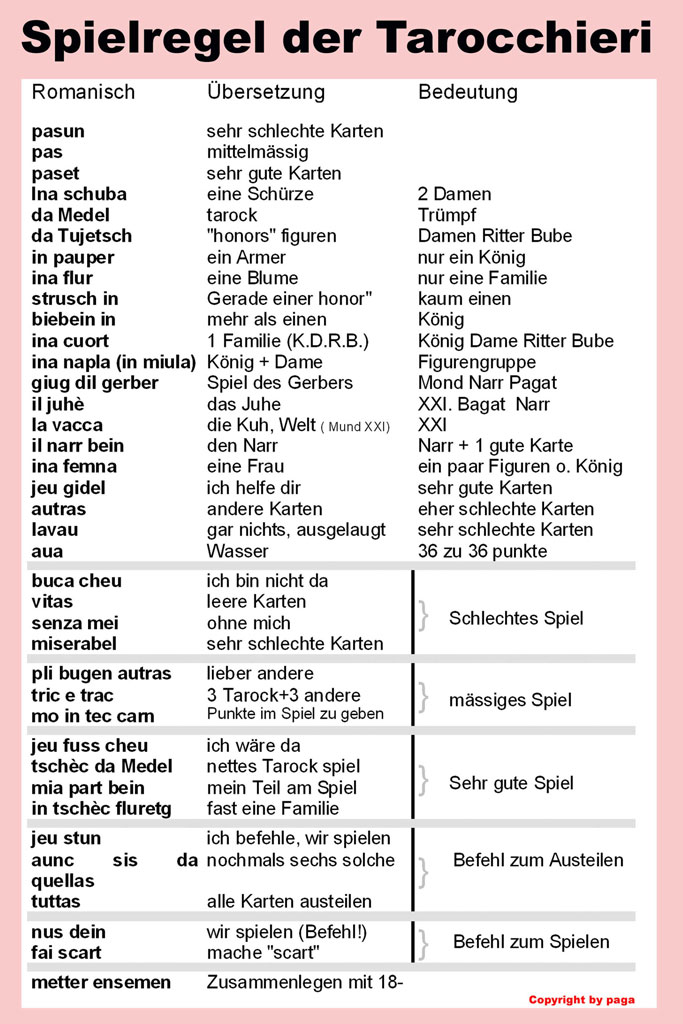 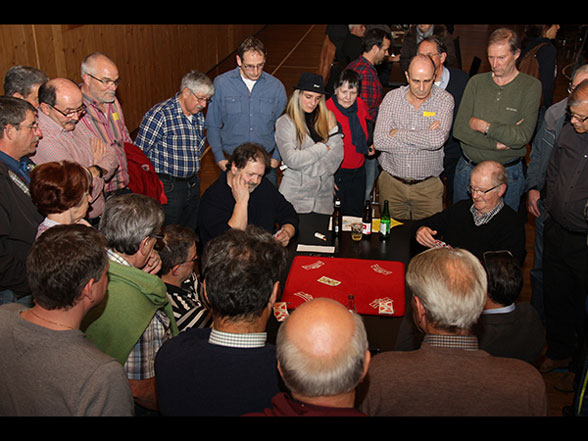 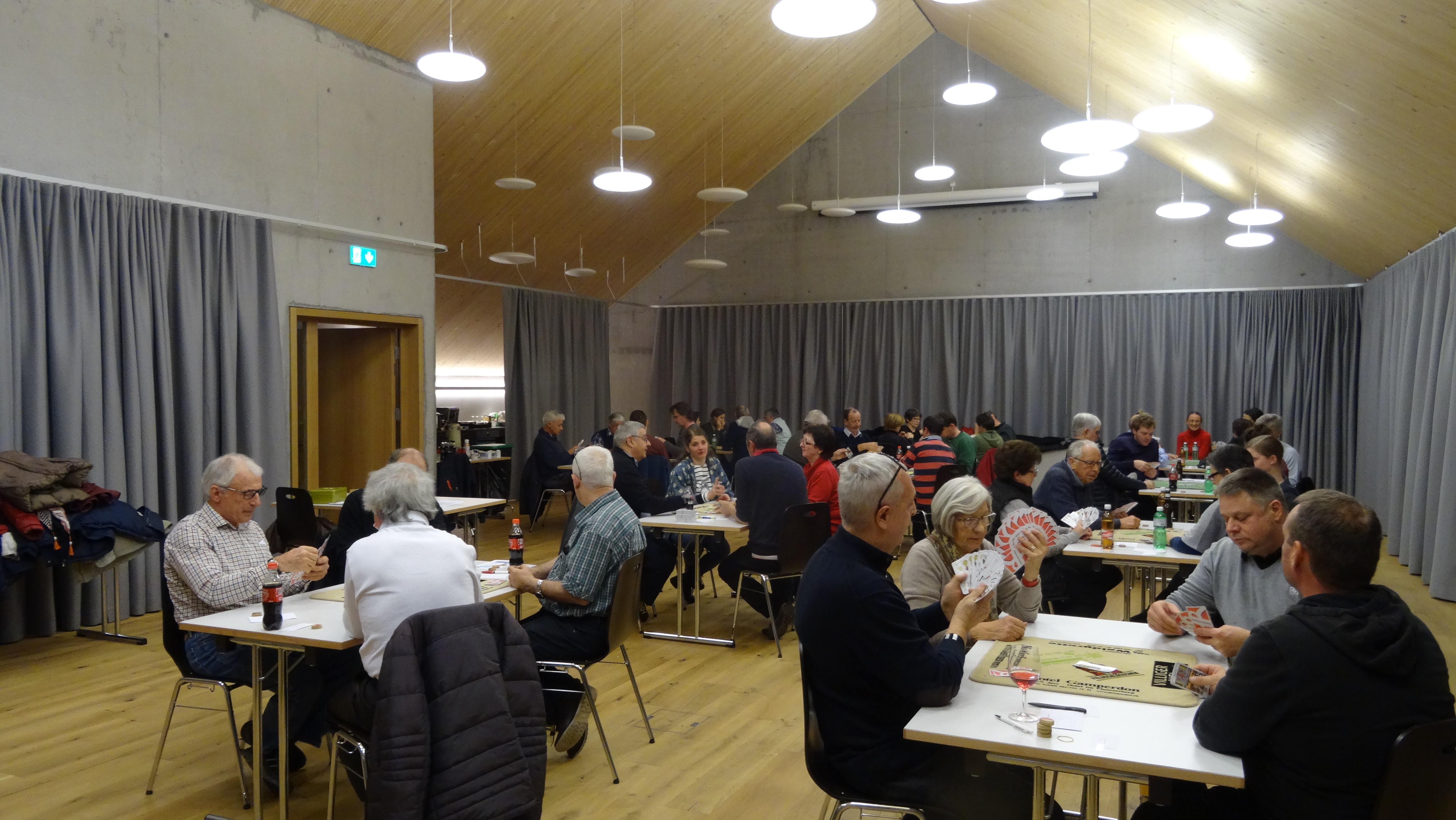 Troccas is an old variation of the card game tarock, and is predominantly played in Surselva. Tarock cards with French markings first appeared in Graubünden in the 17th century, probably imported by soldiers. The game is played with a deck of 78 cards within which there are 4 suits: coins, cups, swords and batons. Each suit comprises 14 cards, of which ten are numeral cards and four are court cards (king, queen, cavalier, jack). The rest of the cards are the 21 trumps and a "fool", or joker.

Troccas is usually played by four people divided into two partnerships, but there are variations for three to six players as well. The language of the game is strictly Romansh, and this includes the "tschintschar" (talking) part of the game, a unique feature conducted in a traditional secret language. In each round, players communicate with their partners about their own hand using coded Romansh terms, at the same time trying to mislead their opponents. Tournaments are held regularly and official Graubünden troccas championships have taken place since 2006, organised either by local clubs or the "Uniun grischuna da troccas" (Graubünden Troccas Association).