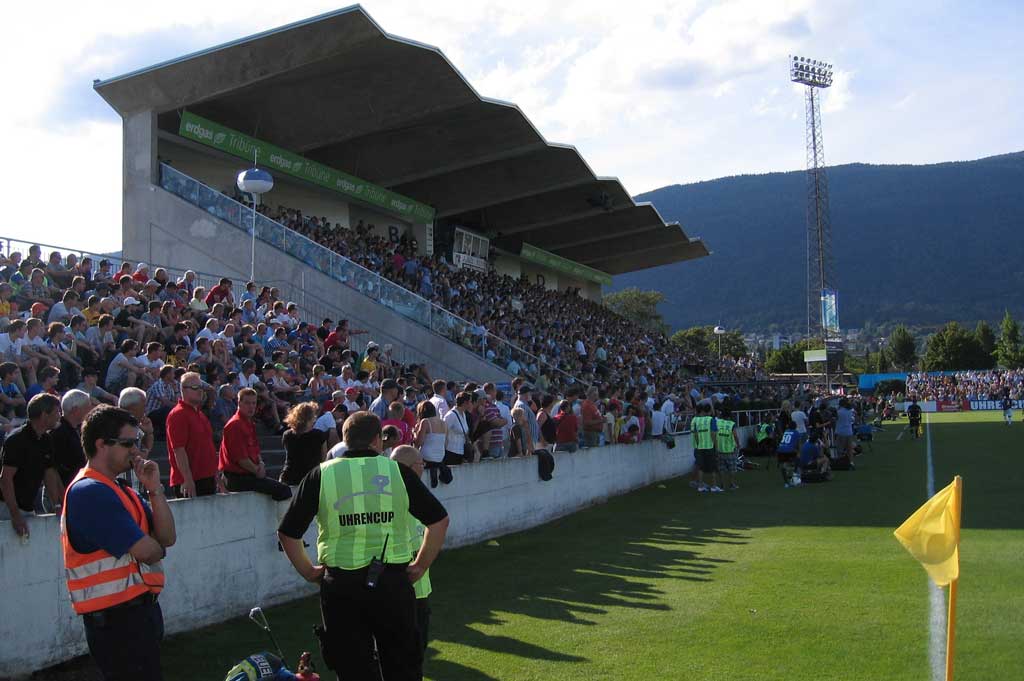 Spectators in the grandstand at the well-attended 2011 Uhrencup © Karin Janz, 2011 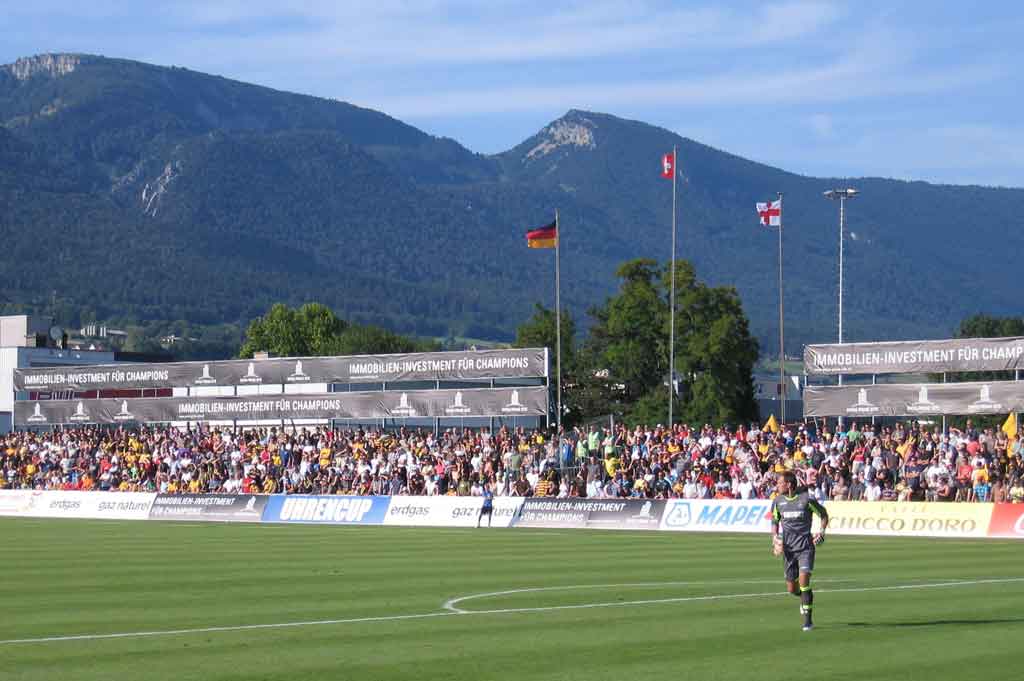 The pitch, terraces opposite the stand, the national flags of the participating teams and the Jura mountains © Karin Janz, 2011 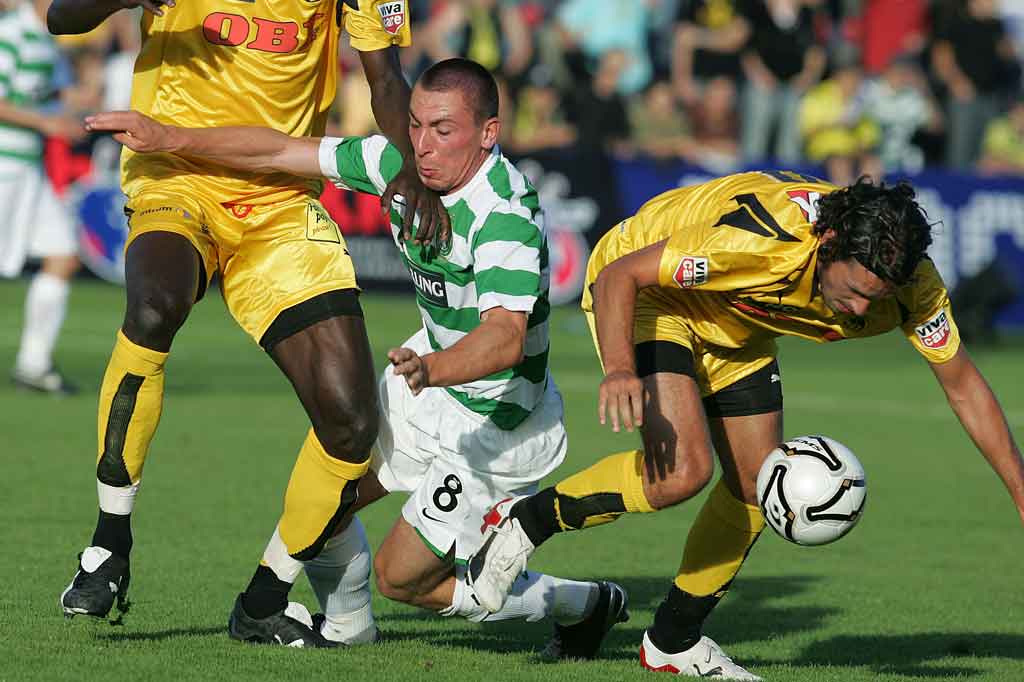 The 2007 tournament featured a match between BSC Young Boys and Celtic FC from Glasgow © Uhrencup, 2007 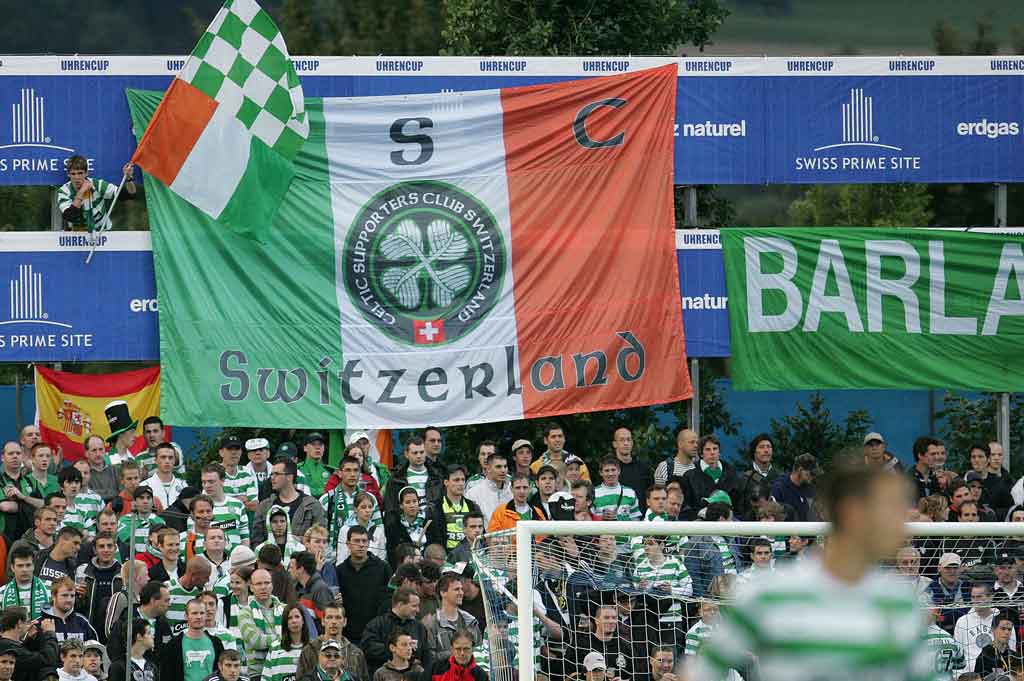 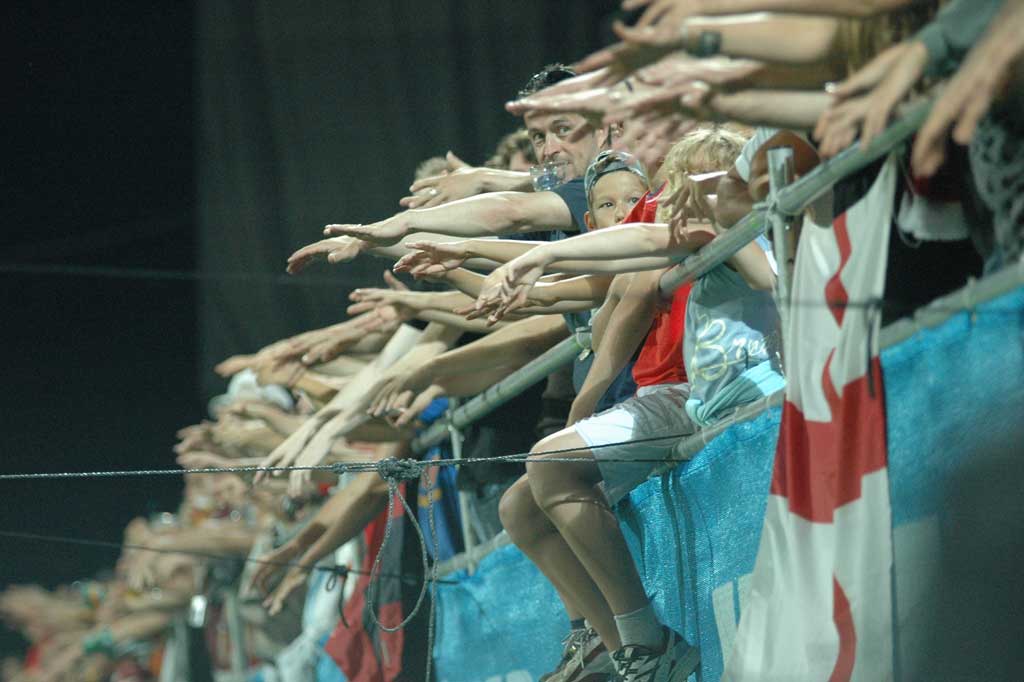 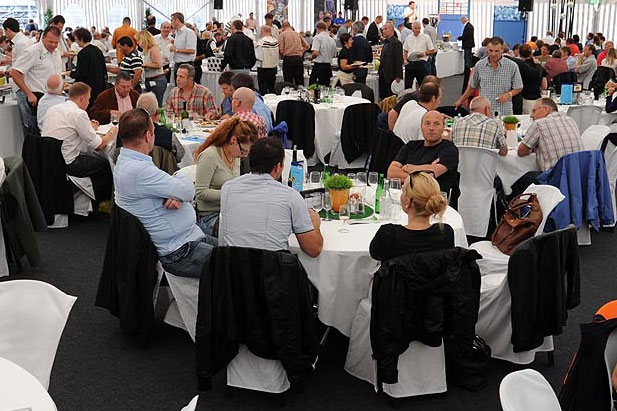 The VIP area is a place for catching up with old acquaintances and making new ones, especially among the tournament sponsors © Uhrencup, 2010 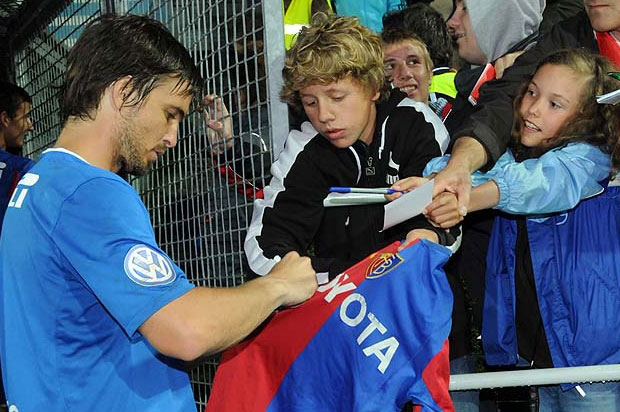 A chance to get close to the stars: Franco Costanzo, the FC Basel goalkeeper, signing autographs outside the players' tunnel in 2008 © Uhrencup, 2008 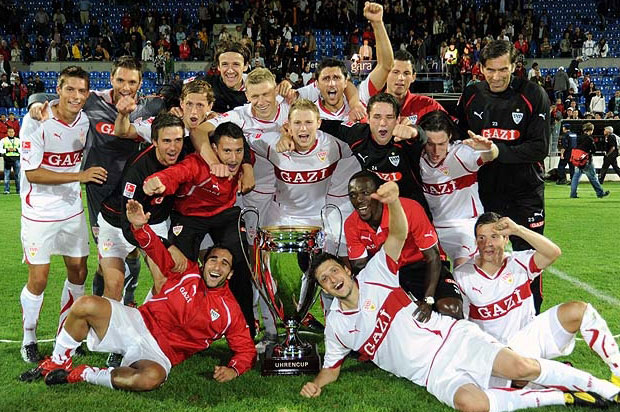 No prize money is awarded to the winners, which in 2010 was VfB Stuttgart – all they gain is recognition © Uhrencup, 2010

The Uhrencup in Grenchen is Europe's most traditional club football tournament, and has been in existence since 1962. Founded by representatives of Grenchen's watchmaking industry, the tournament is a testament to the major influence exercised until nowadays by the industry on the cultural lives of Grenchen's residents. The first Uhrencup, which already featured an international line-up, was held to celebrate the inauguration of the new grandstand at FC Grenchen's Brühl stadium. Thanks to the tournament's resounding success – it attracted some 20,000 spectators – it was repeated the following year, and is still held annually over half a century later, not least thanks to its sponsoring by the watch industry. The Uhrencup is a regular fixture in the Grenchen calendar, enjoying considerable popularity thanks to its friendly atmosphere and raising the town's international profile. For the teams taking part, the tournament is a welcome opportunity to prepare for the upcoming football season. Since 2016, a part of the Uhrencup is held in Bienne.