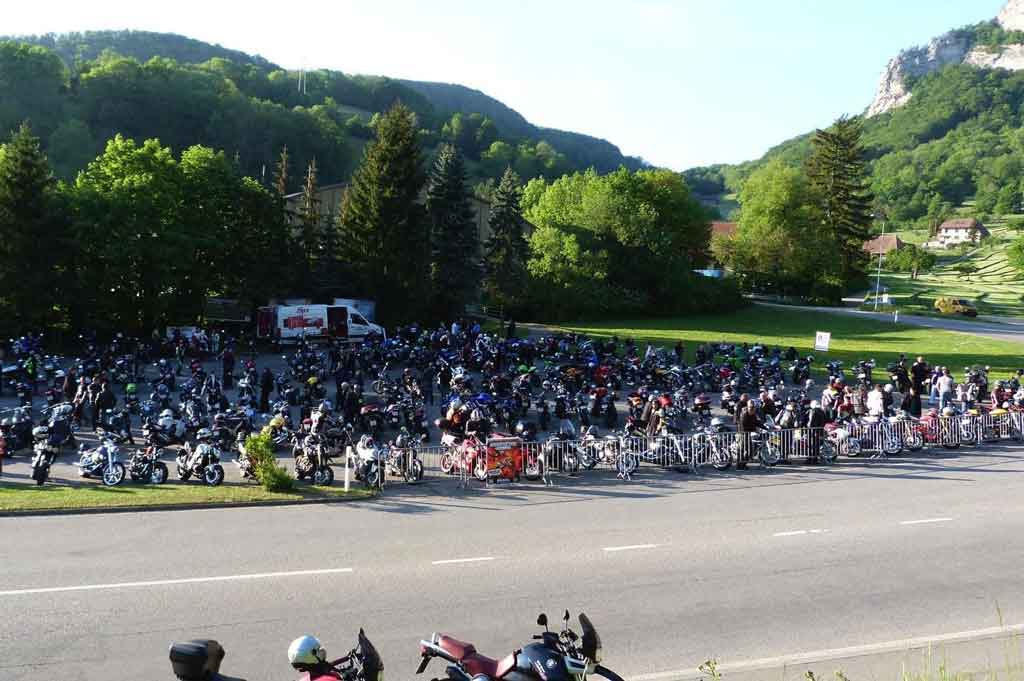 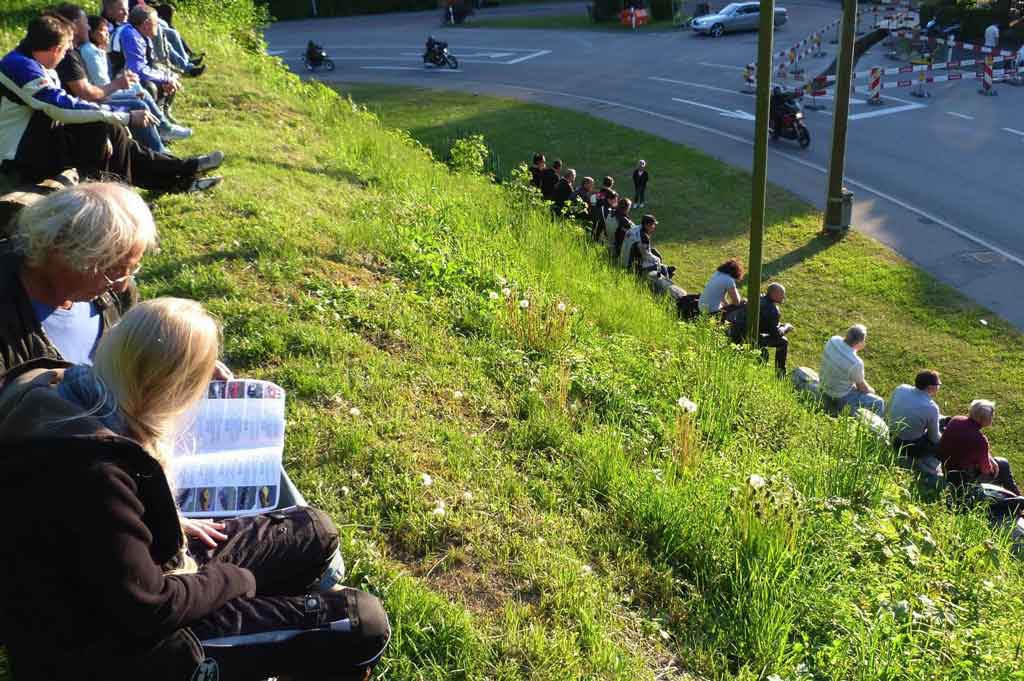 The spectators' hill is an ideal spot for watching the event © Tanja Coray, 2011 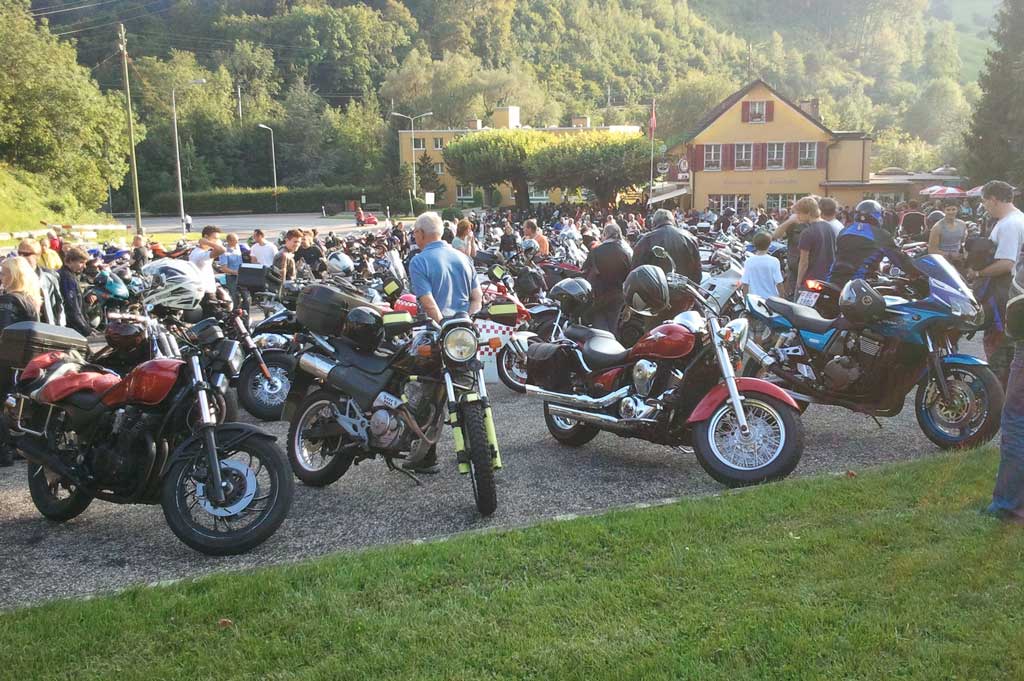 At the 'Isebähnli' restaurant: bikers strolling around the car park, chatting about and admiring the bikes © Karin Janz, 2011 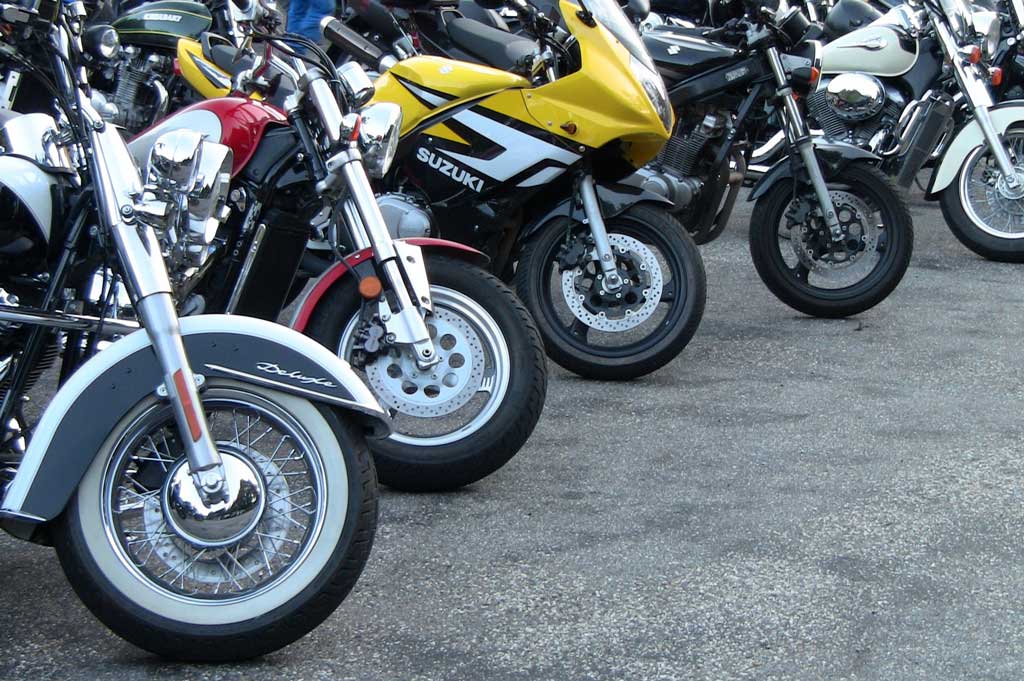 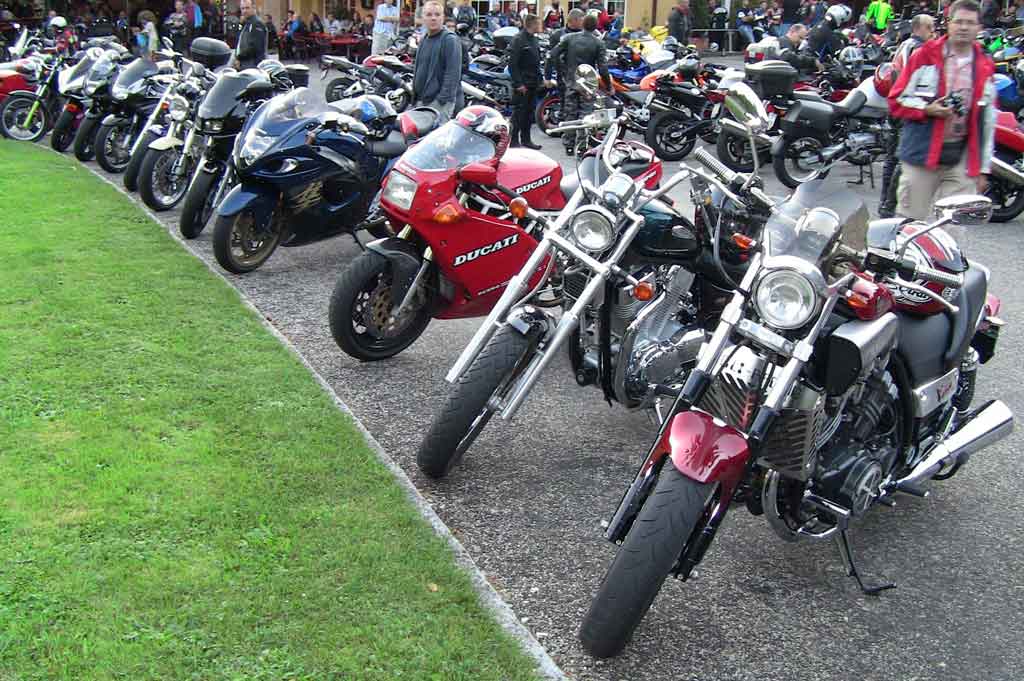 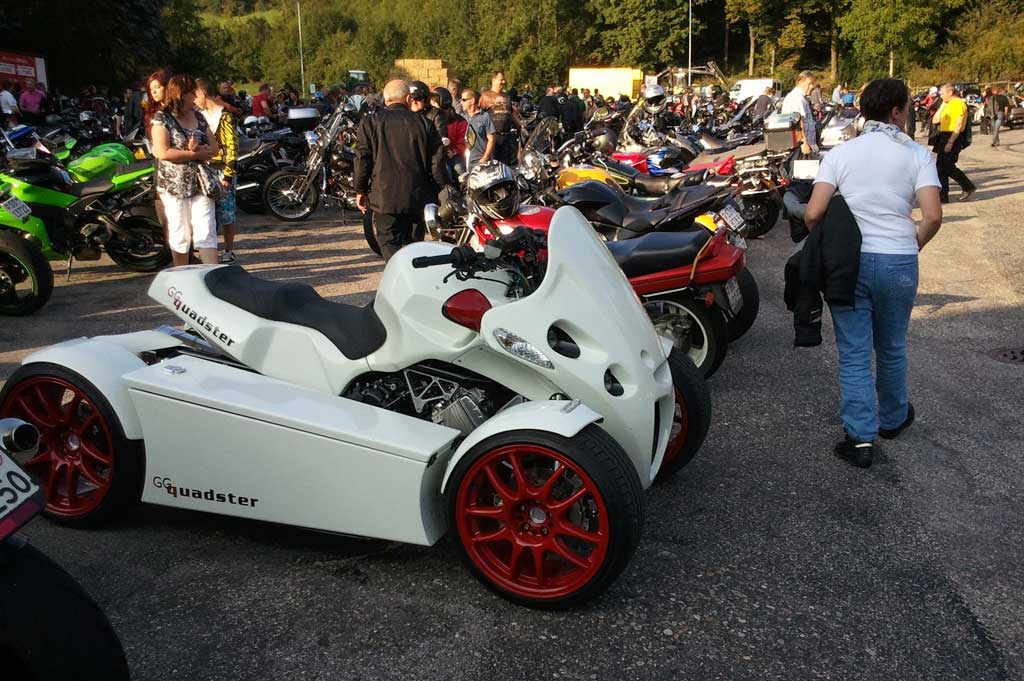 In addition to common models, you can also see vintage and unusual bikes like these © Karin Janz, 2011 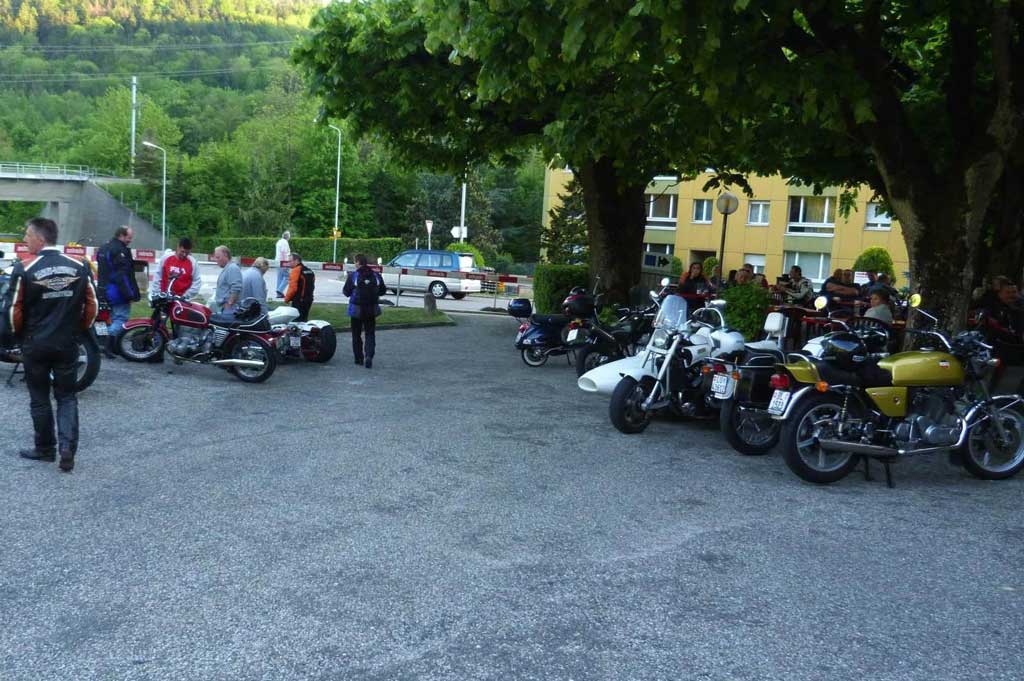 The parking spot for vintage bikes next to the restaurant terrace © Jamie Burkhalter und Tanja Coray, 2011 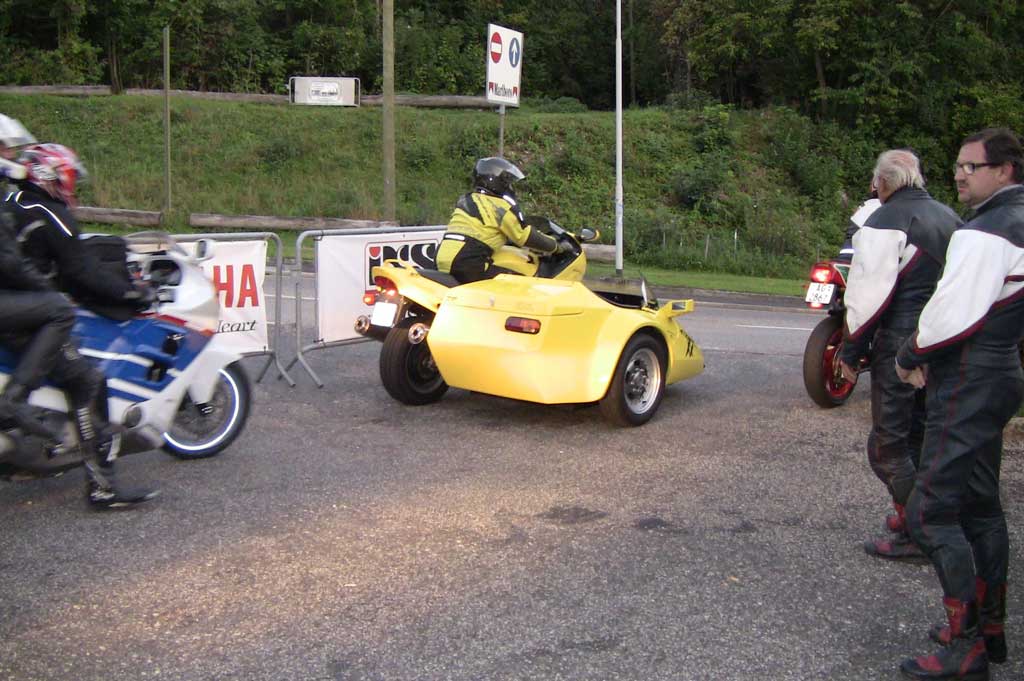 Lively activity at the entrance to the car park © Karin Janz, 2011

Lively activity at the entrance to the car park © Karin Janz, 2011 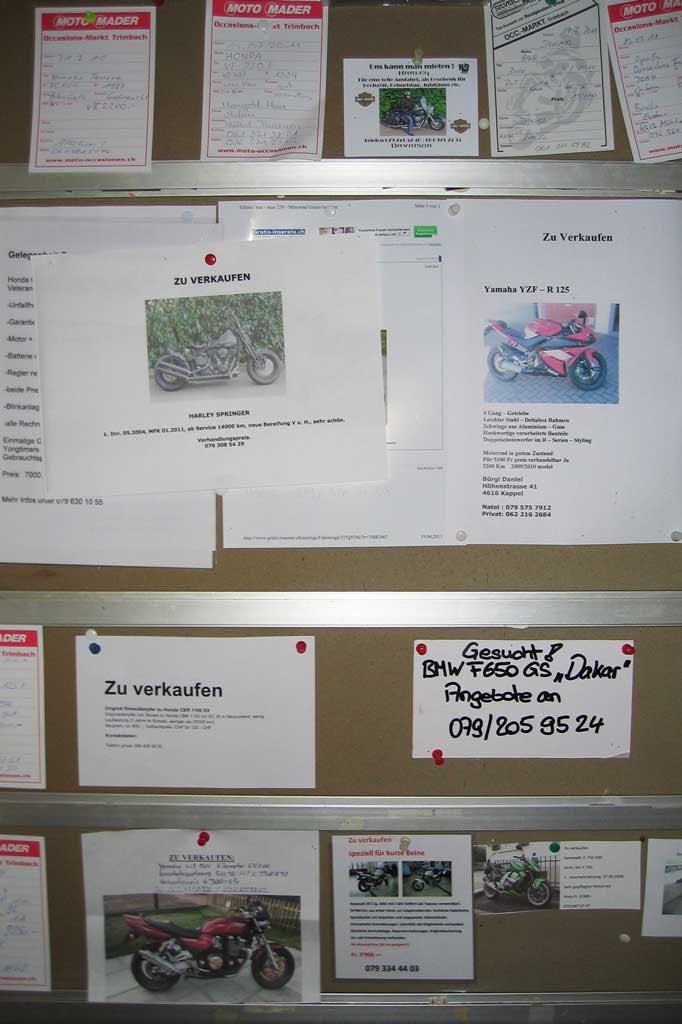 The market table in the 'Isebähnli' restaurant © Karin Janz, 2011

The market table in the 'Isebähnli' restaurant © Karin Janz, 2011 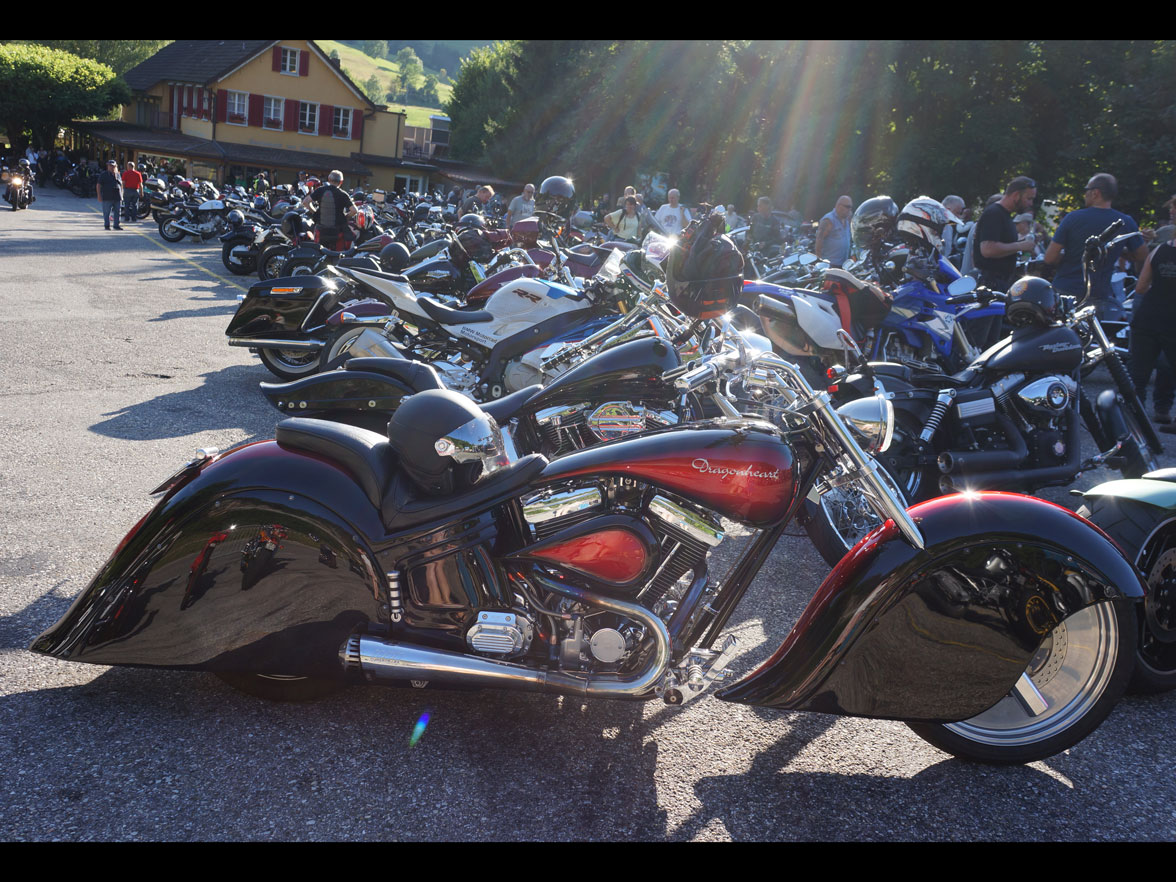 The parking at the «Isebähnli» © Karin Janz 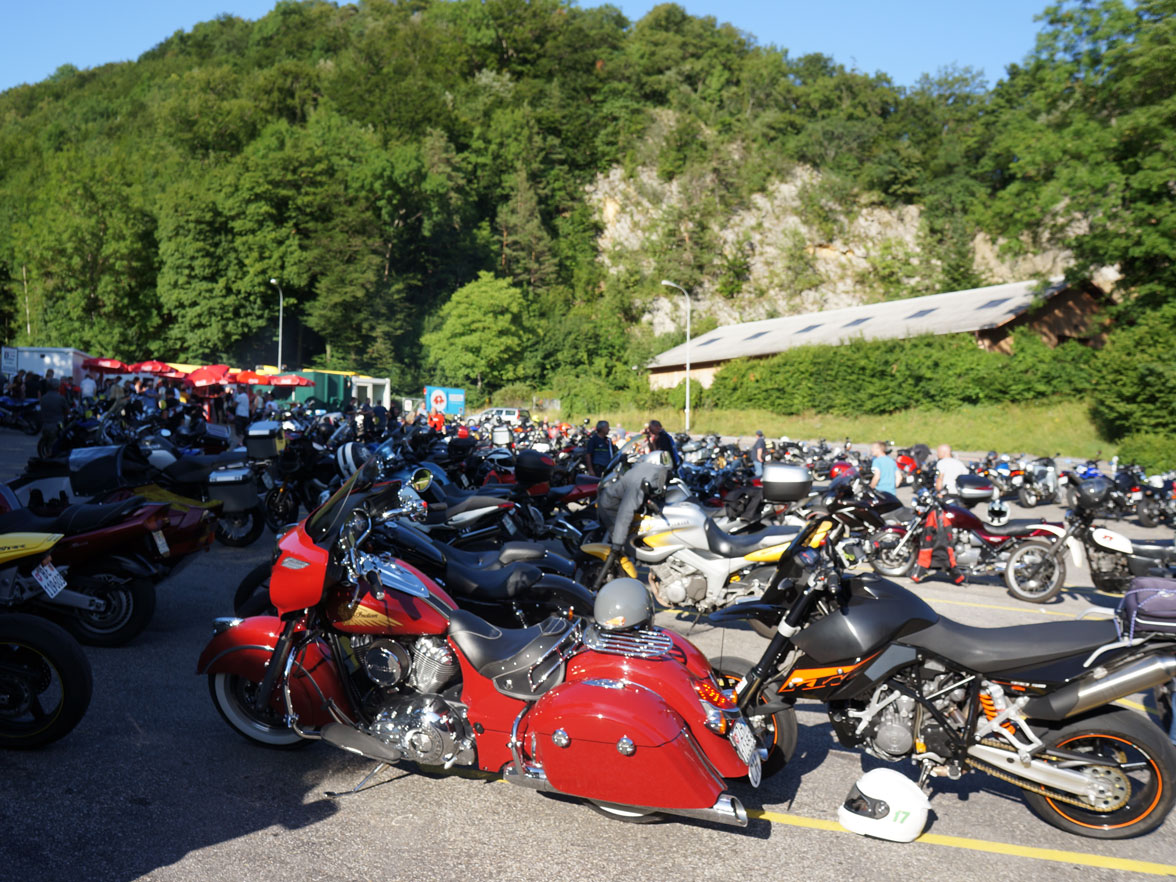 The parking at the «Isebähnli» © Karin Janz

Every Thursday from March to October, several hundred motorbike enthusiasts meet at the «Isebähnli» restaurant in Trimbach near Olten in the canton of Solothurn. The meeting attracts bikers from throughout Switzerland, southern Germany, the Alsace and neighbouring regions of Italy. The restaurant «zur Eisenbahn» is transformed into a mecca for bikers, and is likely to be a familiar name for every biker in Switzerland. Over a bratwurst and a cola (beer is rarely ordered), the enthusiasts watch the bikers come and go, chat about bikes and generally have a good time. The Hauenstein bikers' meeting has been in existence since 1968 and is 'no longer as wild as it was once rumoured to be'. It originated in the mid-1960s in the Sonne restaurant in Buckten in the canton of Basel-Landschaft, but after the death of the landlady in 1968 was transferred to the 'Isebähnli' in Trimbach. The release of the film Easy Rider during the Isebähnli's second season sparked an explosion in the popularity of biking and attracted a wave of new visitors to the meeting, a trend which continues to this day.