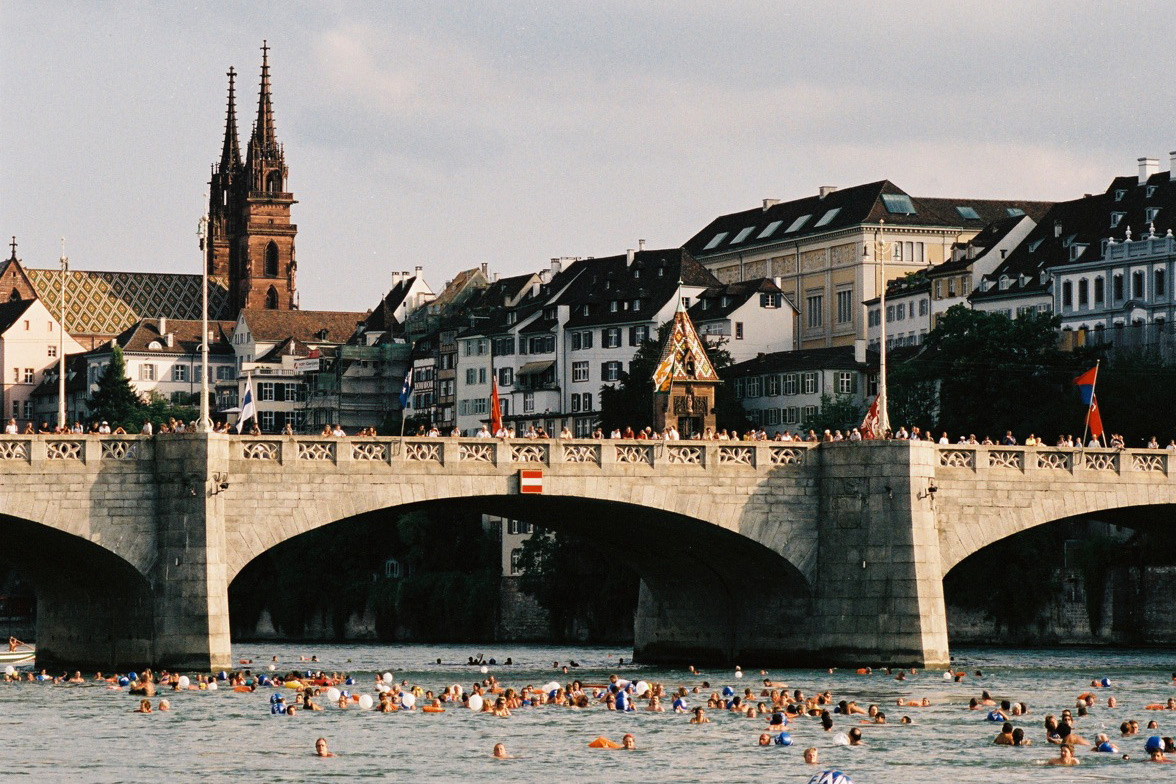 Every year, more than 1000 people go with the flow at the annual Rhine Swimming event, 2000 © Claude Giger/picturebâle 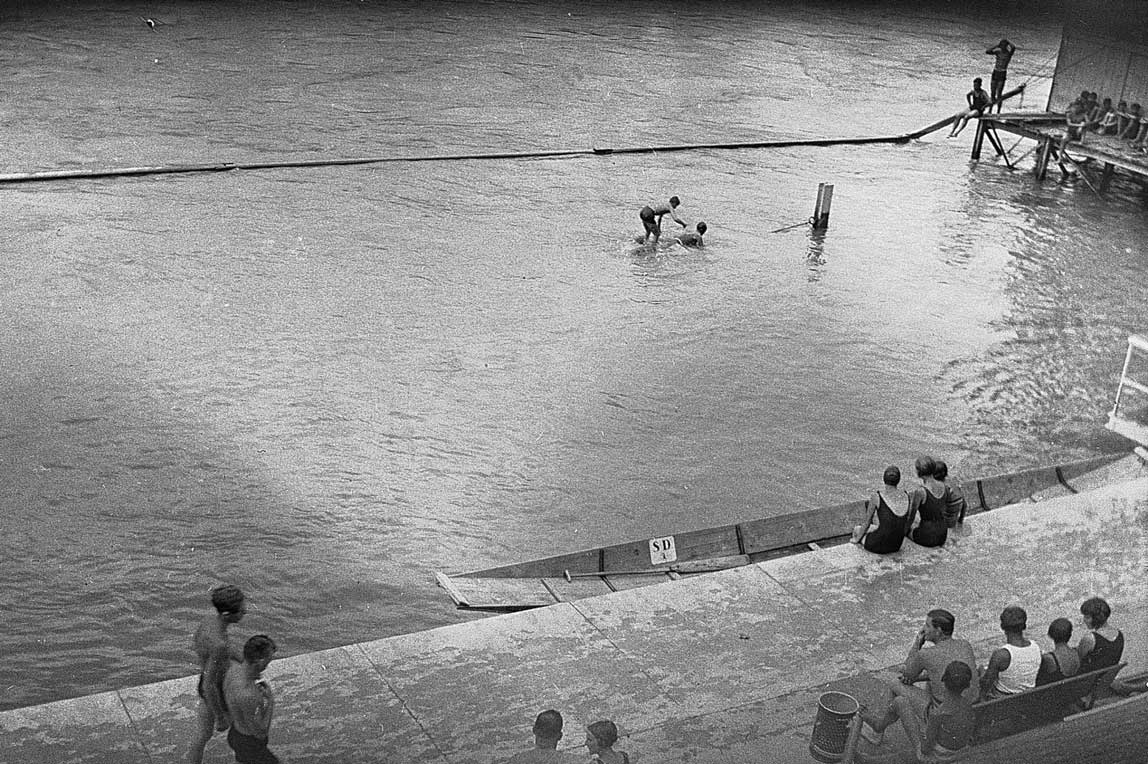 Swimming in the Rhine became an increasingly popular pastime in the 19th and 20th centuries in Base, s.d.l © StABS, Basel 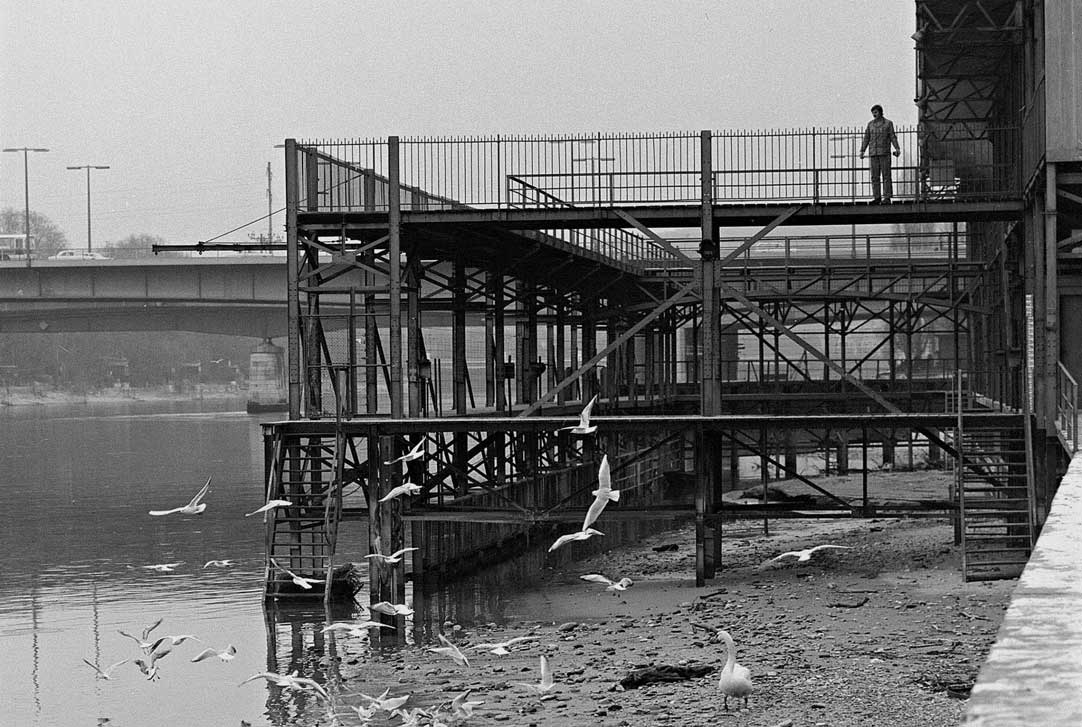 Breitebadhysli, one of the two bathing areas built in the 19th century and still in use today, s.d. © StABS, Basel 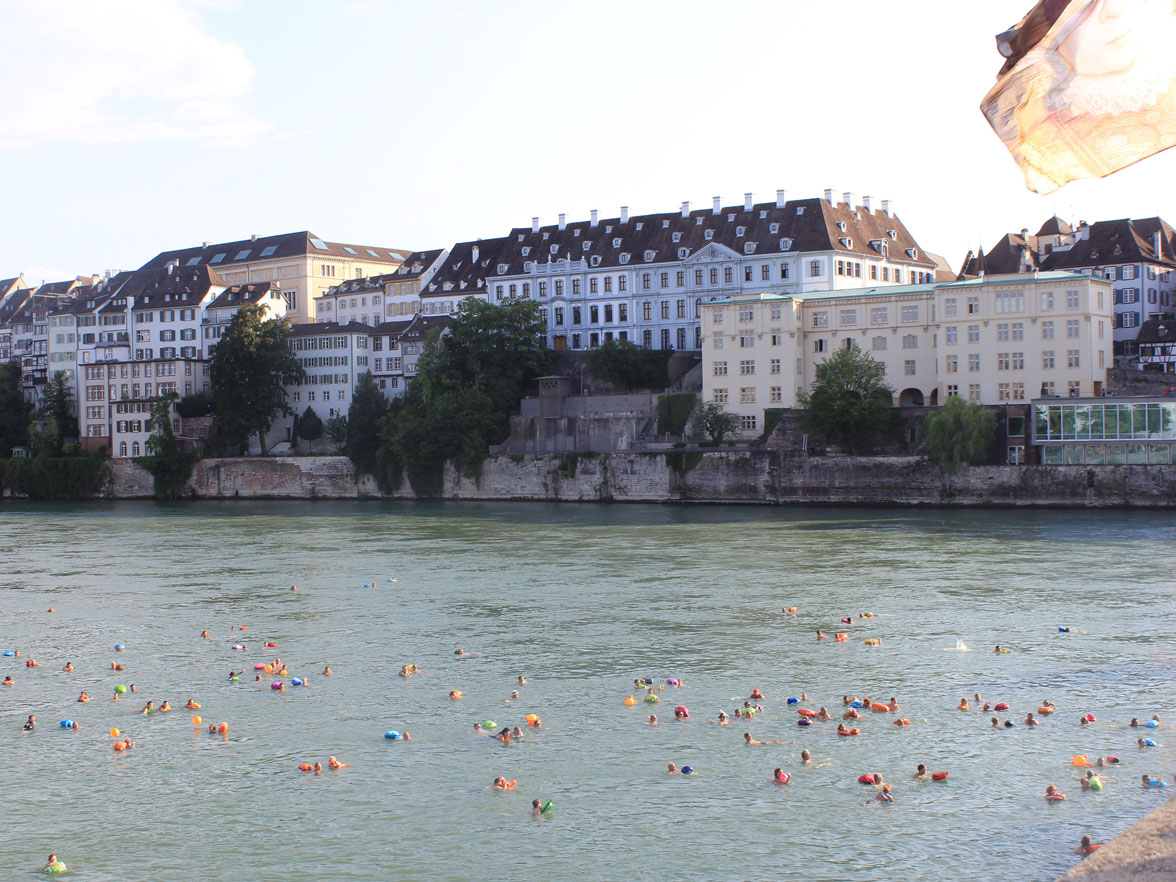 The astounding popularity of swimming in the Rhine in Basel dates back many centuries. The activity was given a virtuous touch when nuns from the Klingental abbey took advantage of the Rhine on hot summer days in the 15th century. When swimming in open areas of the Rhine was banned in the 19th century, construction of bathing areas was initiated by the "Gesellschaft für das Gute und Gemeinnützige" (a society established for the common good). Their resounding success led to a total of four bathing areas, two of which are still in operation today. In the 1930s the ban on swimming in open areas of the Rhine was lifted, and nowadays the river is used every summer by hundreds of people with their special swimming bags invented in the 19th century. One of the highlights of the summer swimming season is Basel Rhine Swimming, which has been organised by the Basel department of the Swiss Lifesaving Society since 1980 and which attracts more than a thousand participants each year. And there are some Basel residents who enjoy a dip in the Rhine every day, irrespective of the season.

Ice-skating on the River Doubs