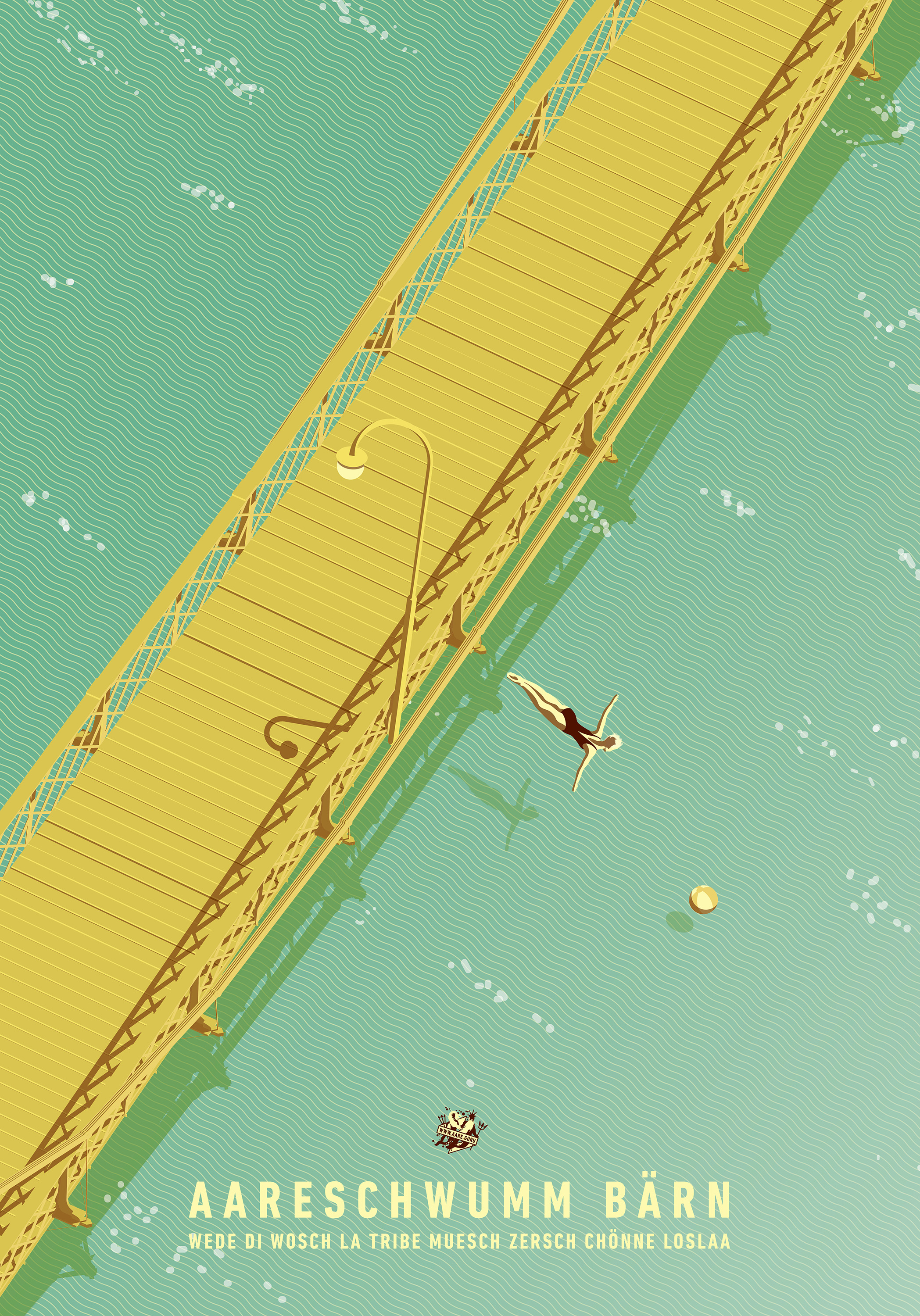 “This poster is an ode to Aare swimming in Bern – for chilly days in winter, when it snows and only die-hard swimmers get into the water.” © Kaspar Allenbach/aare.guru 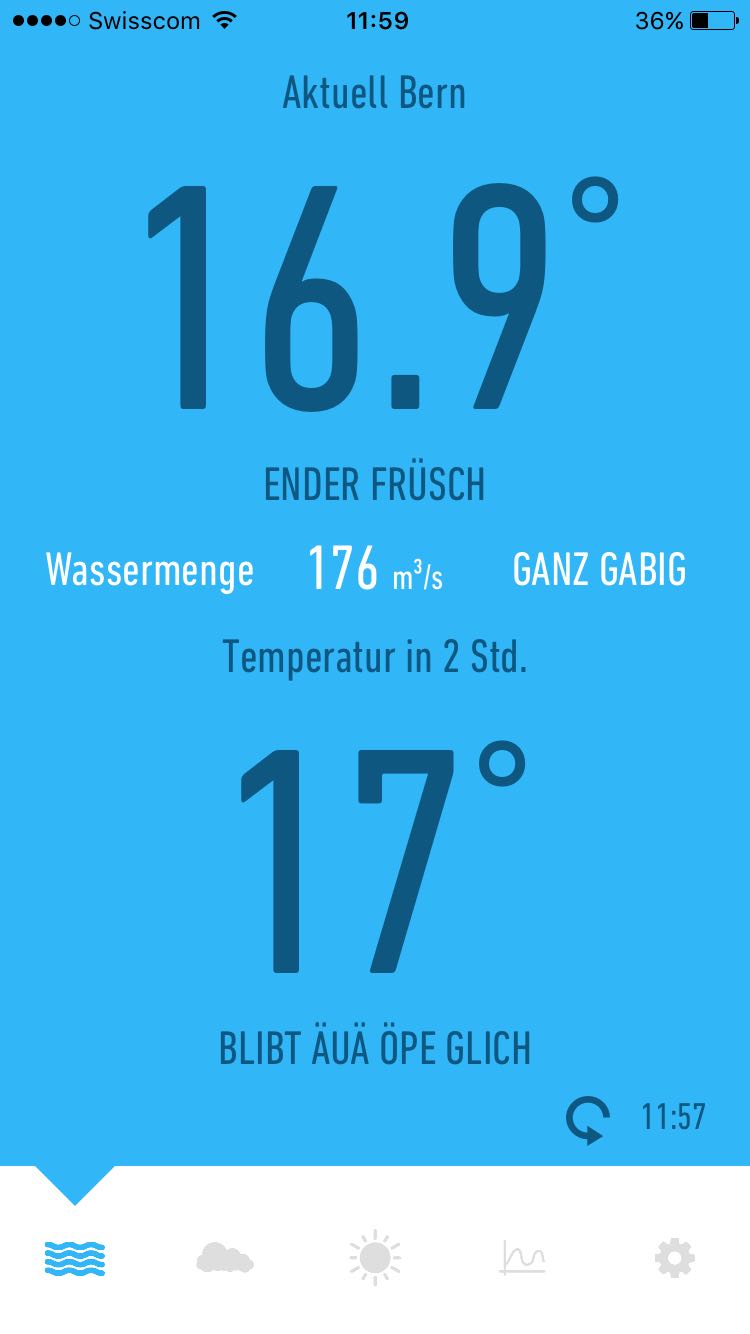 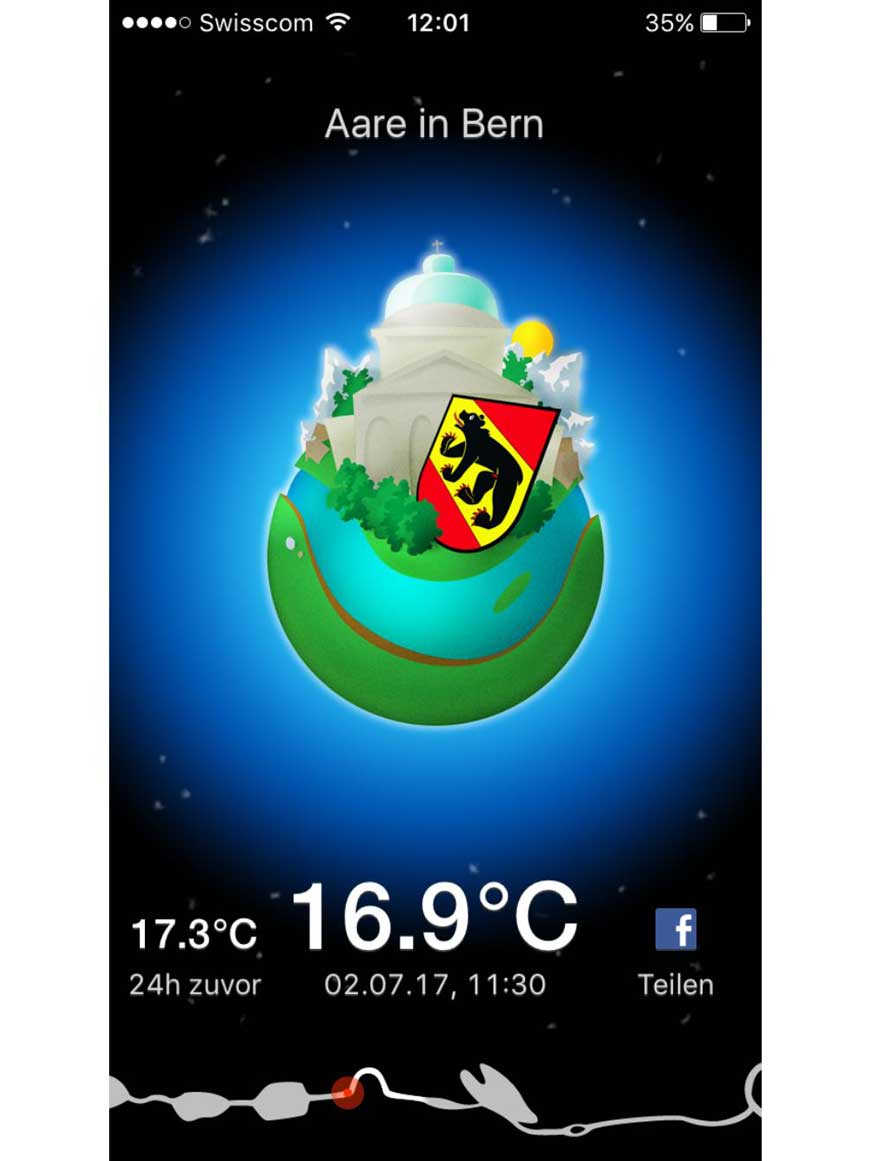 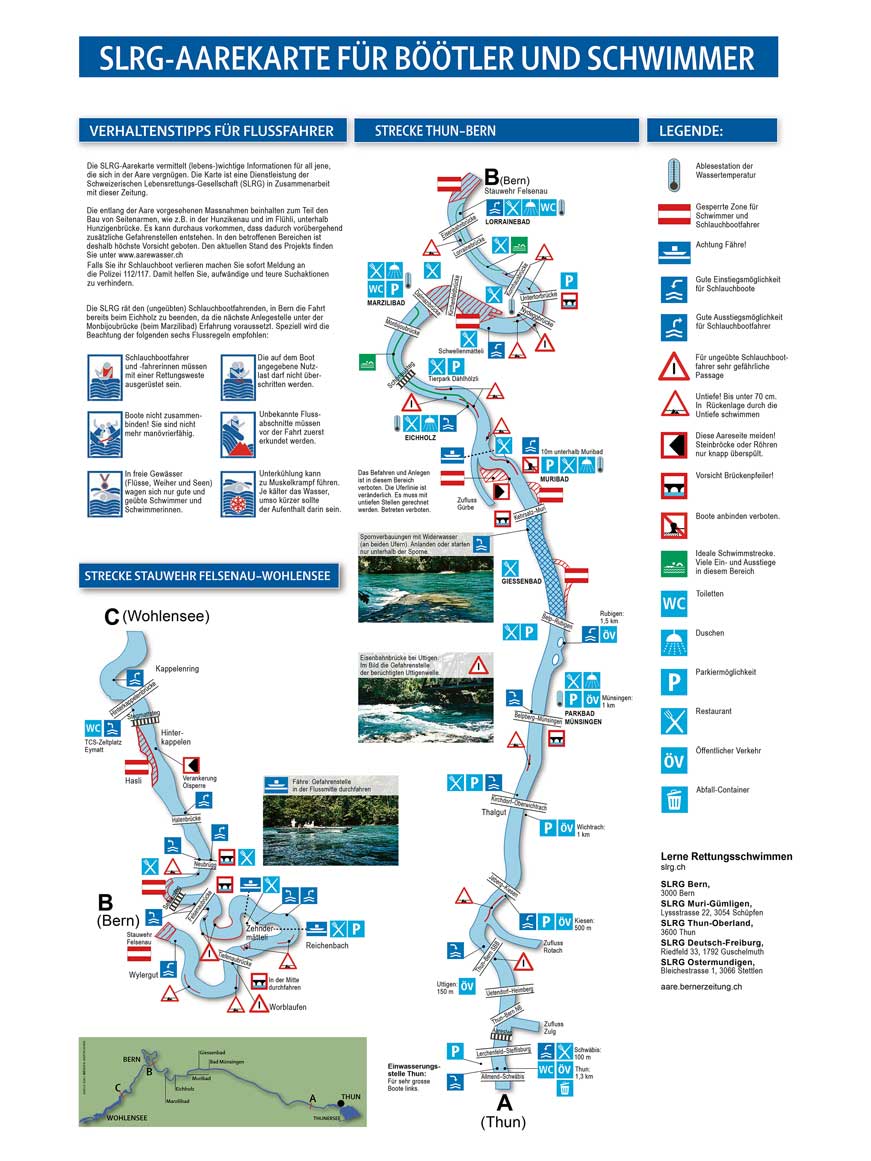 Map of the Aare for boaters and swimmers (Bern, 2017) © Schweizerische Lebensrettungs-Gesellschaft: SLRG 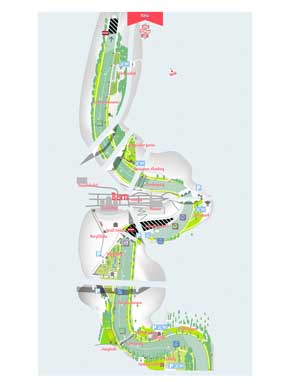 Map of the Aare for swimming in the city of Bern © aare.guru 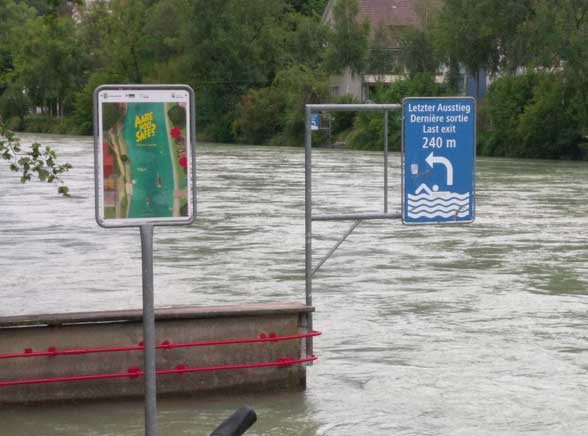 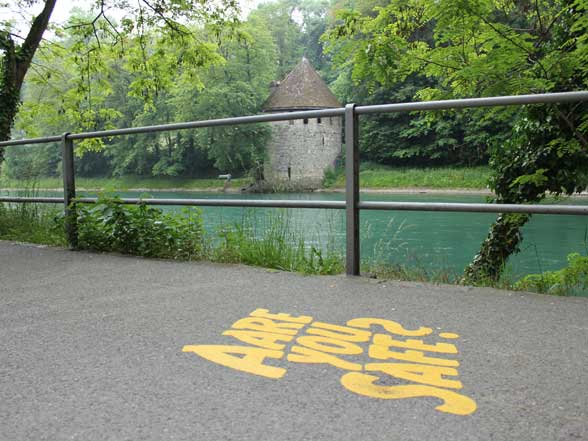 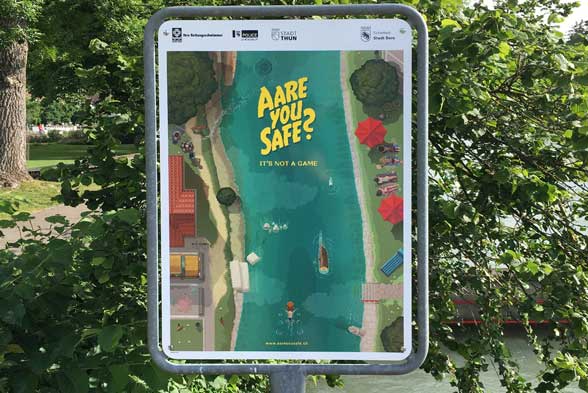 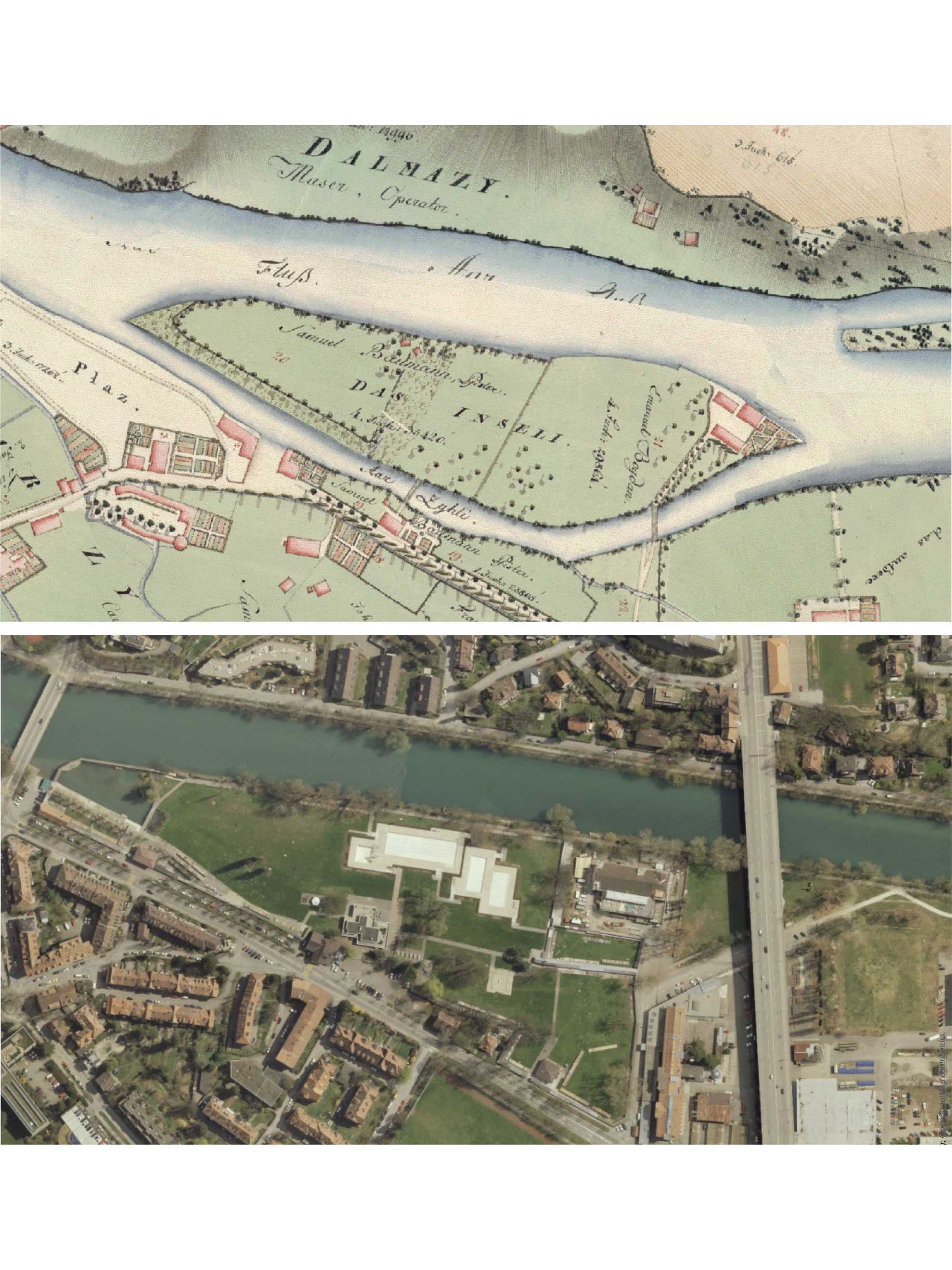 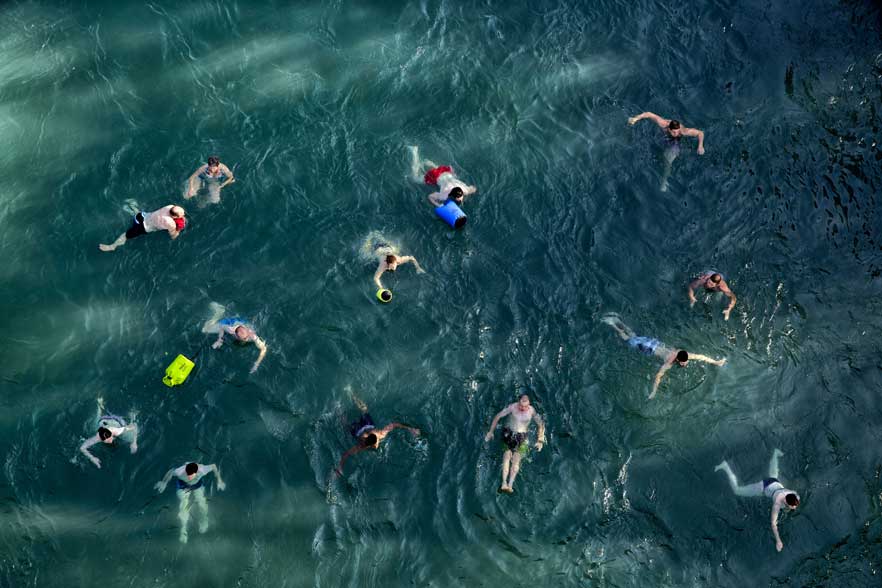 Bern may not have a lake. However, the River Aare and the extremely popular and - where the river is turbulent - exciting tradition of Aare swimming has recently brought the city international fame. Bern serves as a model for river swimming and its clean water sets an example for Berlin, Boston and other cities. A decisive factor for the tradition of Aare swimming is the water purity, which is exceptional by global standards. While the Aare used to serve as a defensive barrier, water reservoir, food source and transport route, today it is Bern's natural landmark. The free bathing locations at Eichholz, Marzili and Lorraine provide an important recreation area for city's residents and contribute to the high quality of life in Bern.

Aare swimming in Bern is addictive. For 25 years, die-hard swimmers have been participating in in the 350-metre ‘Zibeleschwümme' swim held in late autumn. For all other Bernese, Aare swimming is part and parcel of summer. Two traditional river-water swimming pools serve as starting points: the Marzilibad (1782) and the Lorrainebad (1892); here people meet their friends, change into their swimsuits and walk upstream along a path by the river; from Lorrainebad towards Altenbergsteg, and from Marzili towards Schönausteg. Once you have walked far enough, you jump into the river and drift downstream. If you put your head under water, you will hear Aare music produced by pebbles pulled along on by the current on the riverbed.

Despite clearly visible entry and exit points, the Aare is dangerous and only suitable for confident river swimmers. Most Bernese children jump into the Aare for the first time with their parents. This is a long-awaited experience. Later, they will pass on the tradition to their children.

Ice-skating on the River Doubs