The Brotherhood of St Sebastian 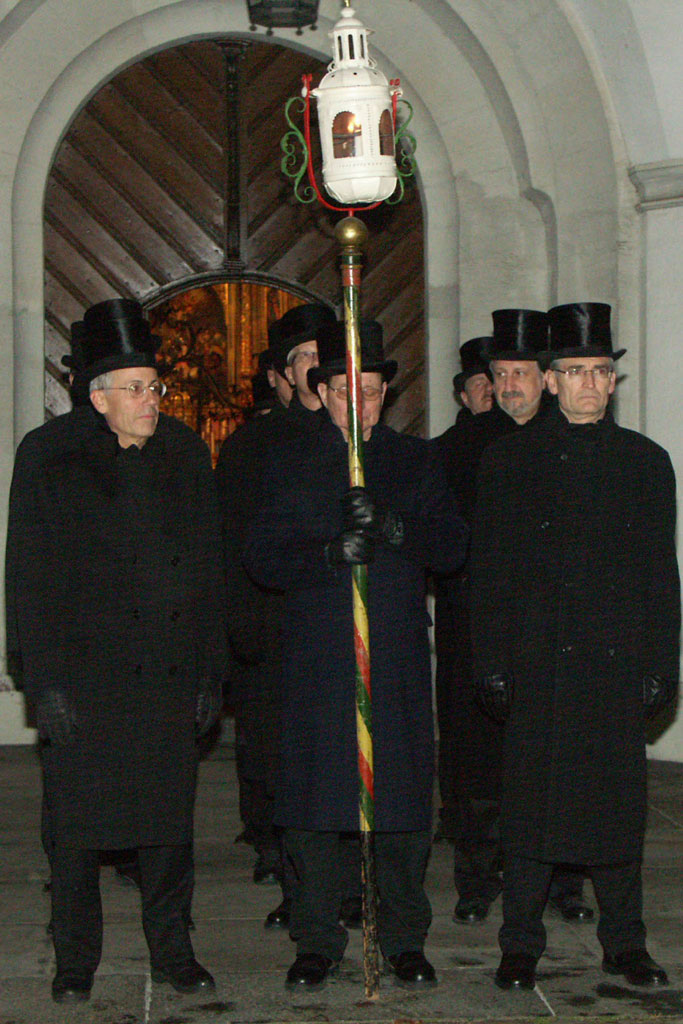 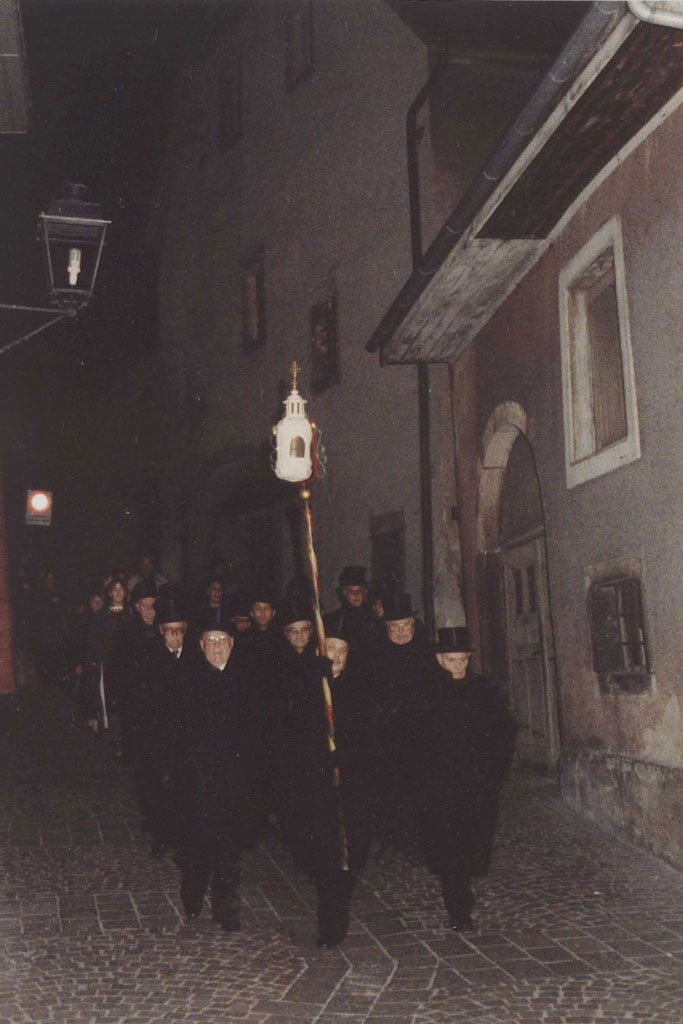 The Brotherhood making their way through the dark streets with the plague lantern at the front © Sebastiani-Bruderschaft, Rheinfelden 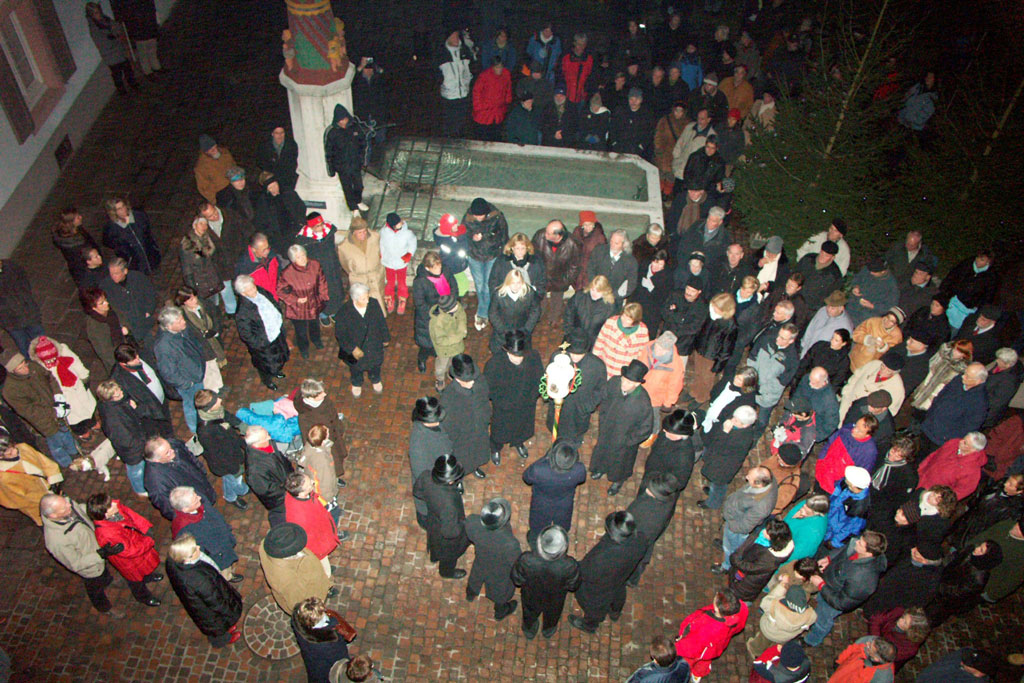 Crowds accompany the singers through the streets of Rheinfelden © Sebastiani-Bruderschaft, Rheinfelden, 2007 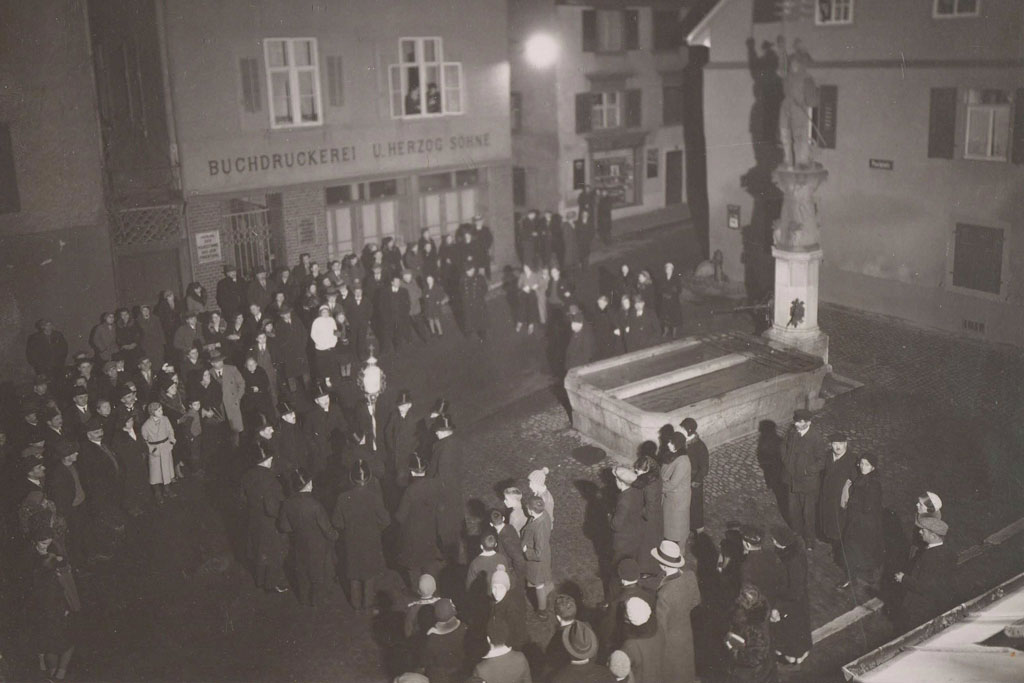 The Brotherhood of St Sebastian singing at the Albrecht fountain, formerly the hospital fountain © Sebastiani-Bruderschaft, Rheinfelden, 1930 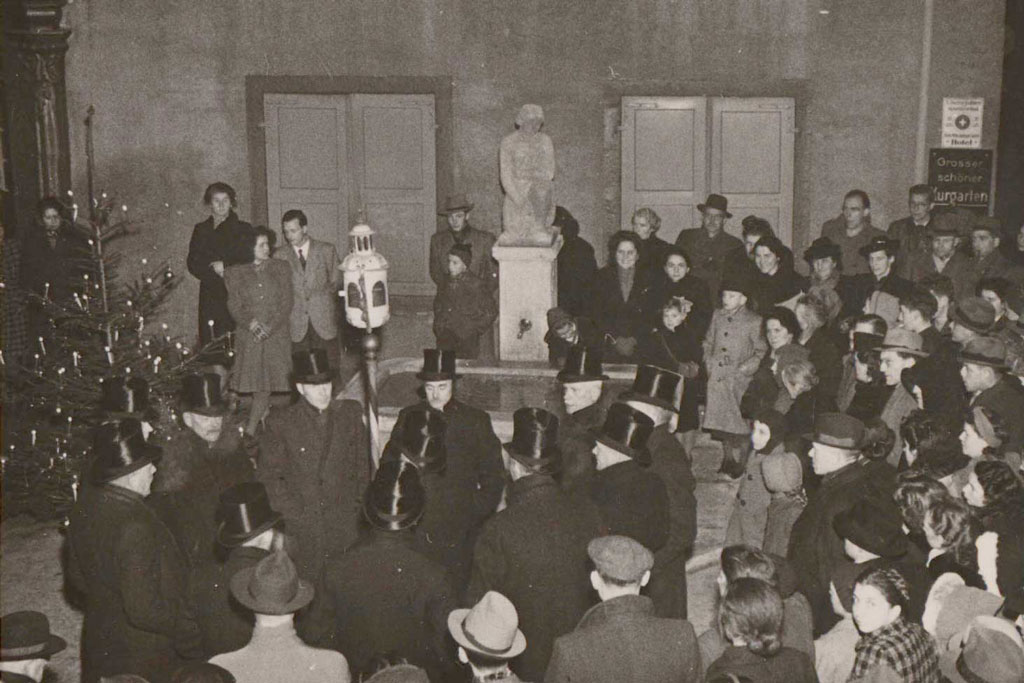 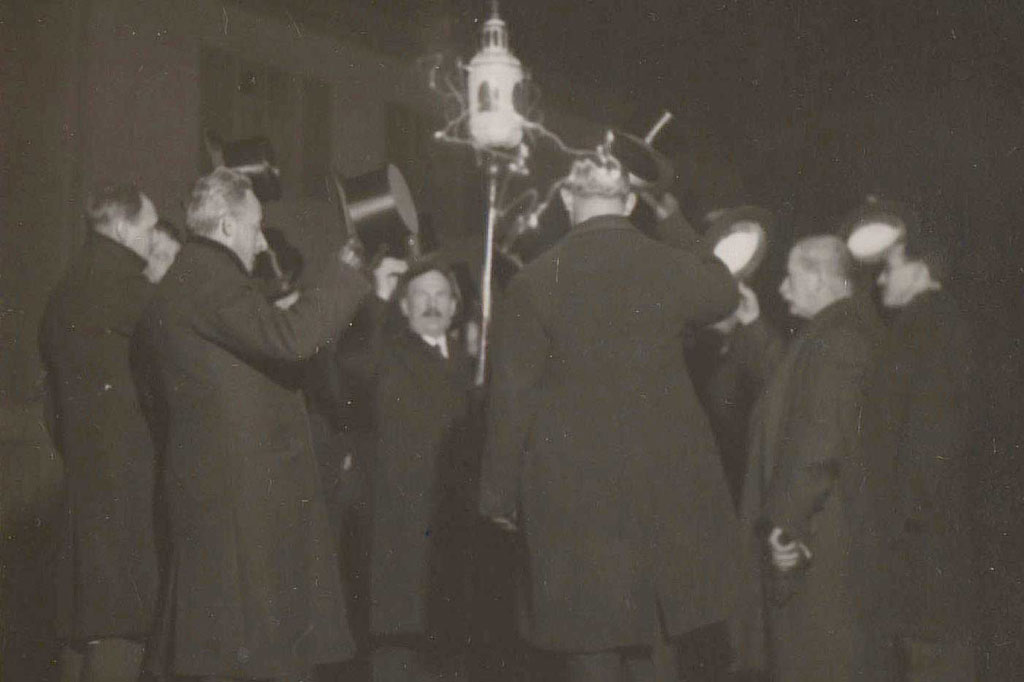 During the Christmas song, the brothers raise their hats as a sign of respect when the name Jesus Christ is sung © Sebastiani-Bruderschaft, Rheinfelden, 1926 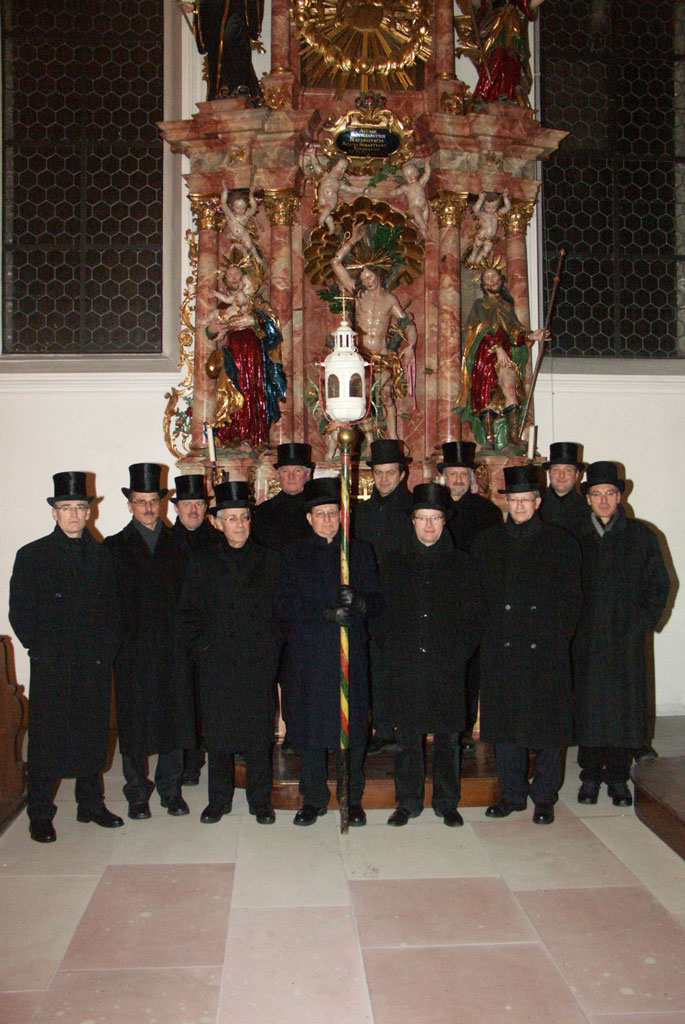 On 24 December every year, the twelve men of the Brotherhood of St Sebastian in Rheinfelden take the plague lantern from St Martin's Church and, on the stroke of 11 o'clock, proceed through the dark streets of the old town. Wearing black coats and top hats, the men walk in lines of three to each of six fountains in the town. At each, they leave their strict formation to form a circle and sing their Christmas song. At the end of their route, which takes an hour, they join the ecumenical midnight mass service. On 31 December the tradition is repeated with a New Year song, this time at 9 pm. In recent years this custom has been followed by an organ concert at St Martin's Church.

The Brotherhood of St Sebastian was founded in 1541 in the time of repeated outbreaks of the plague, and the Christmas and New Year custom of singing at the fountains began shortly afterwards. St Sebastian has been known since the Middle Ages as the last resort for plague victims, which is why the brotherhood chose to use his name. The songs are said to bestow a blessing that will protect the people from further outbreaks of the plague. Today's chorus in the dark silence of Rheinfelden's old town during the festive season is a reminder of the terror which seized the community at that time.