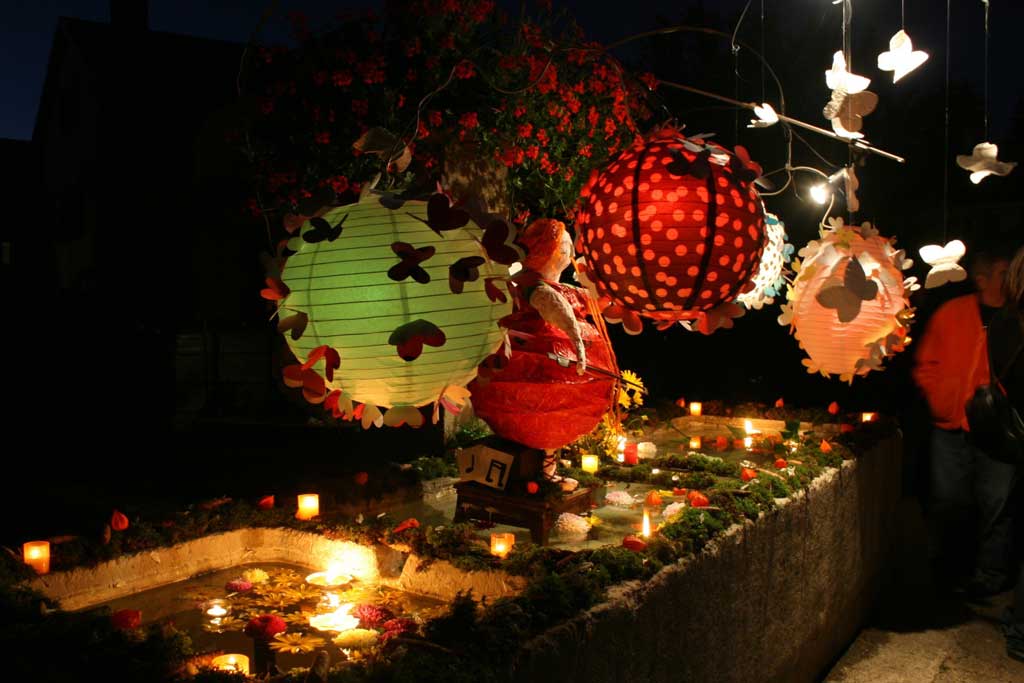 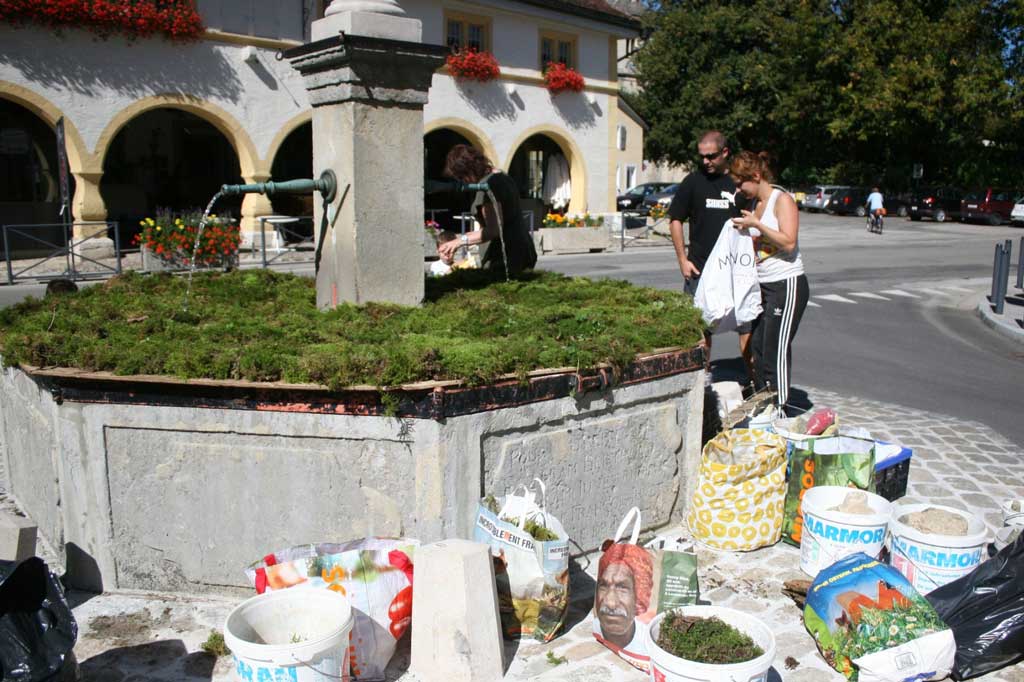 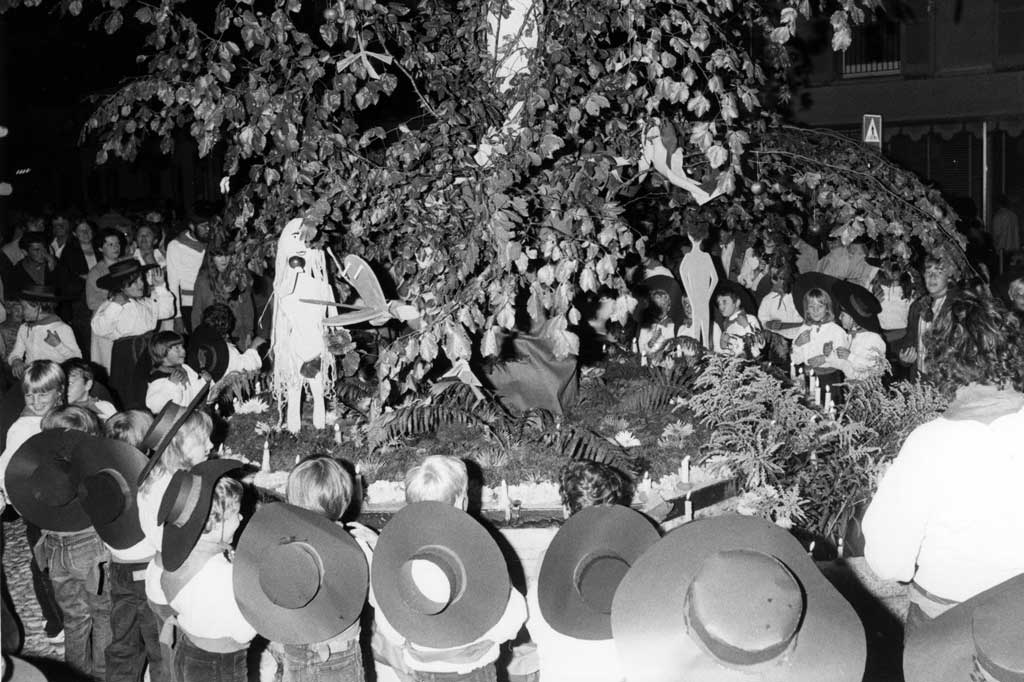 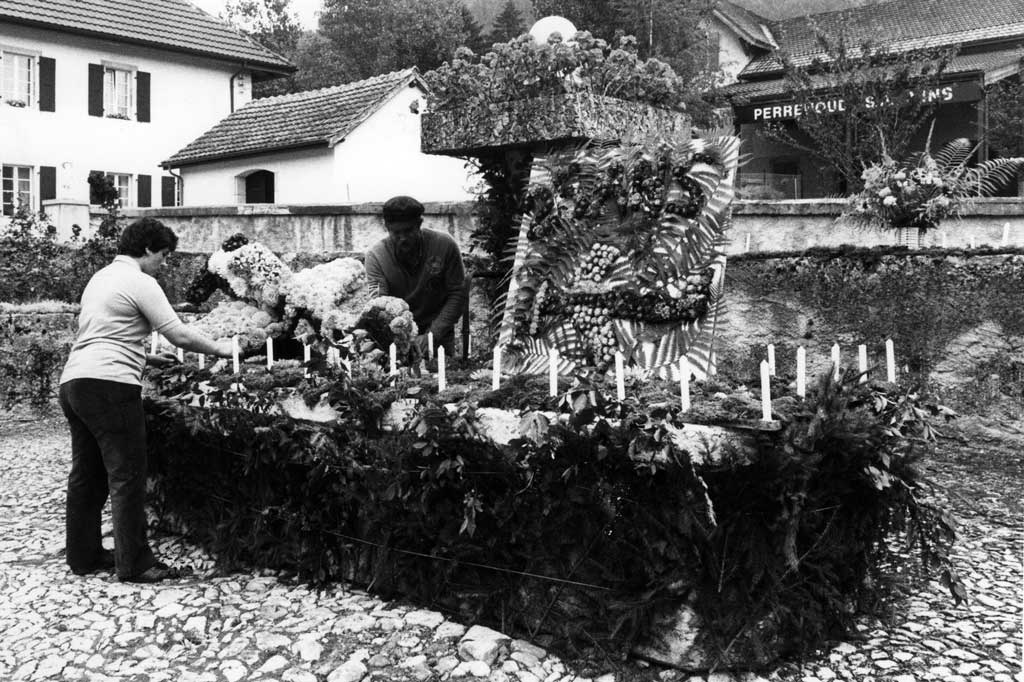 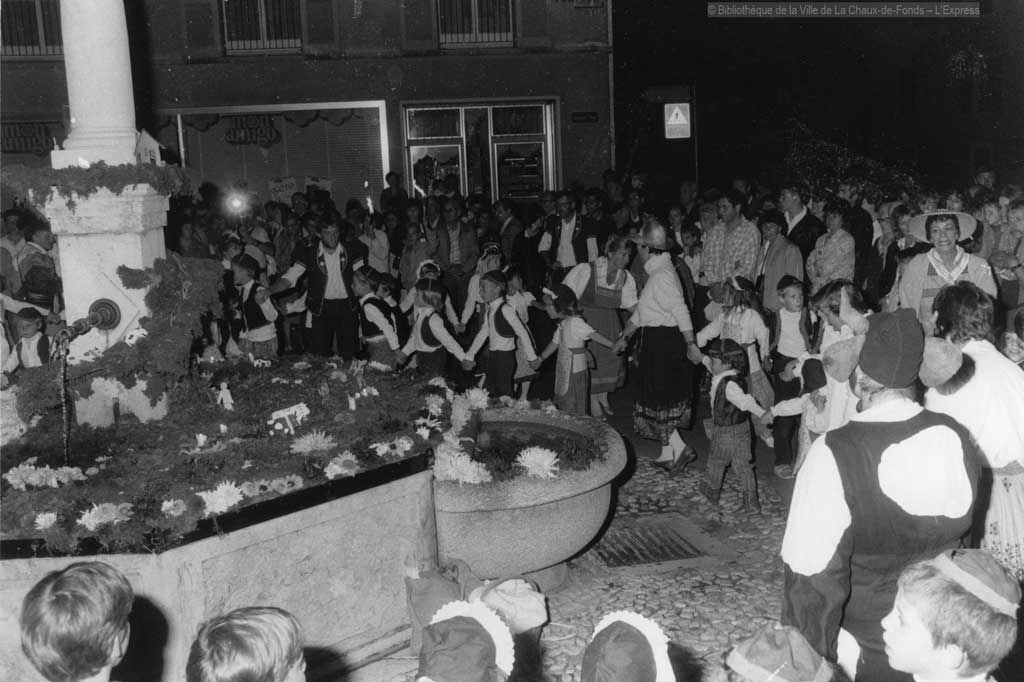 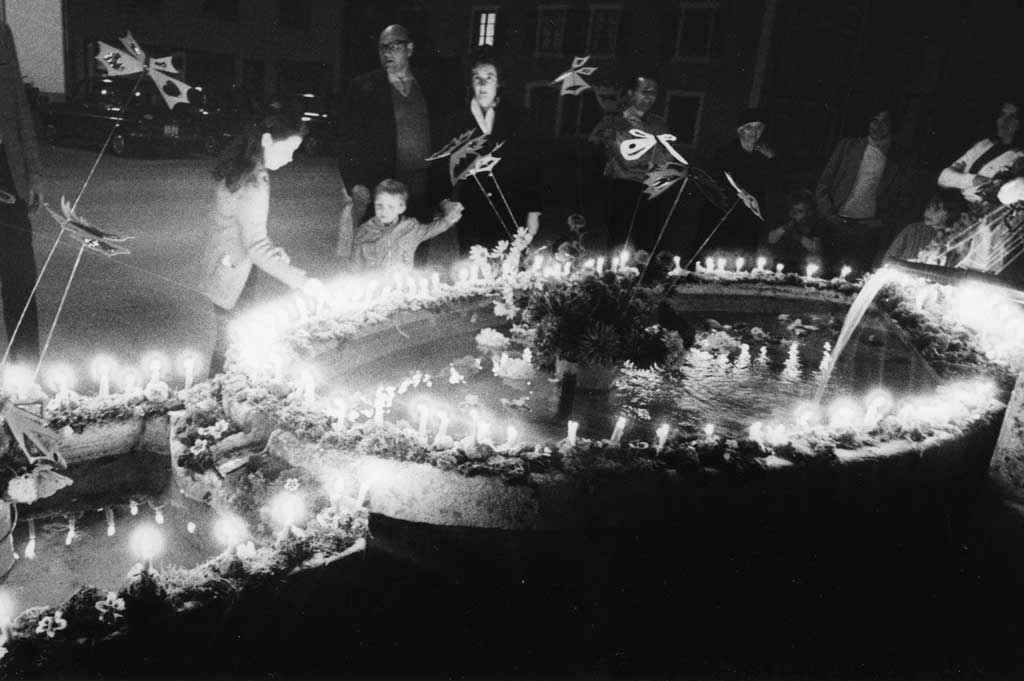 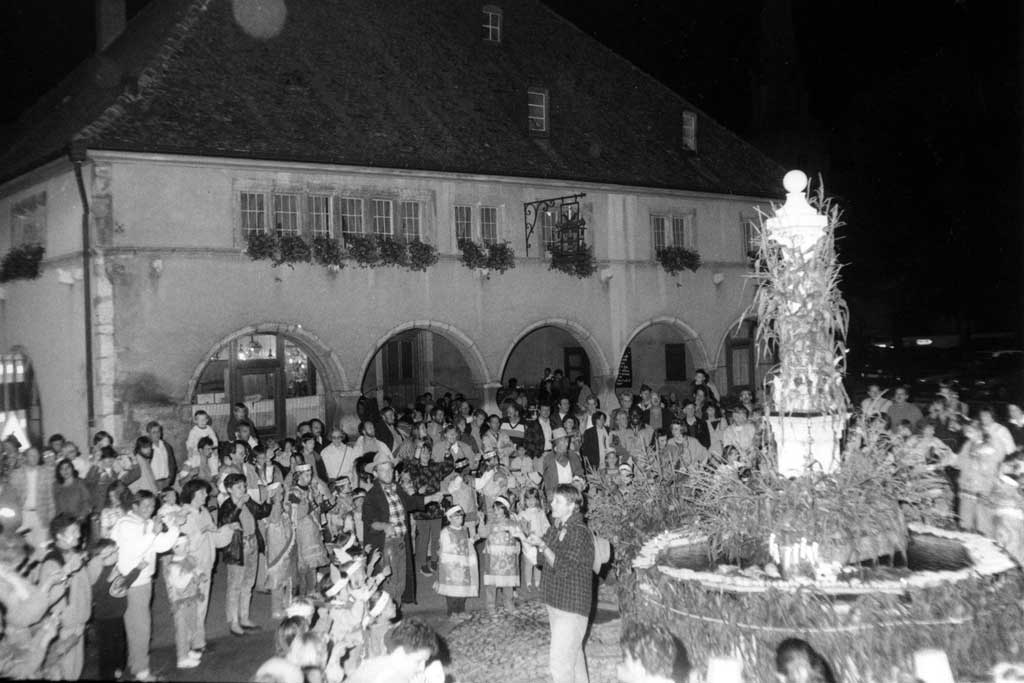 On 12 September 1814 the Federal Diet accepted Neuchâtel into the Swiss Confederation. However, the canton continued to be ruled by the King of Prussia, who banned the people of Val-de-Travers from celebrating this new status. Not to be cowed and true to their rebellious spirit, they chose the traditionalFête des Fontainesas a subterfuge for their planned festivities. Today, most villages in Val-de-Travers celebrate 1 March 1848 – the date of the Neuchâtel Revolution – but there are two villages, Buttes and Môtiers, which staunchly uphold the old tradition. On the afternoon of 12 September, all of the fountains in the two villages are adorned with decorations, some more elaborately than others, ranging from a scattering of candles to detailed tableaux. In the evening, the local brass band and school children parade through the village, with locals joining them along the way. The children, who are dressed according to the given theme of that year, stop at each fountain to sing a song, while the brass band plays during the interludes. The people responsible for “crowning” the fountain stand beside their work to receive words of congratulation and praise. Even in the early days, there was never an official organising committee, with the local communities preferring a more spontaneous approach to the festival preparations. The local schools and brass bands play a key role in upholding this fine tradition.