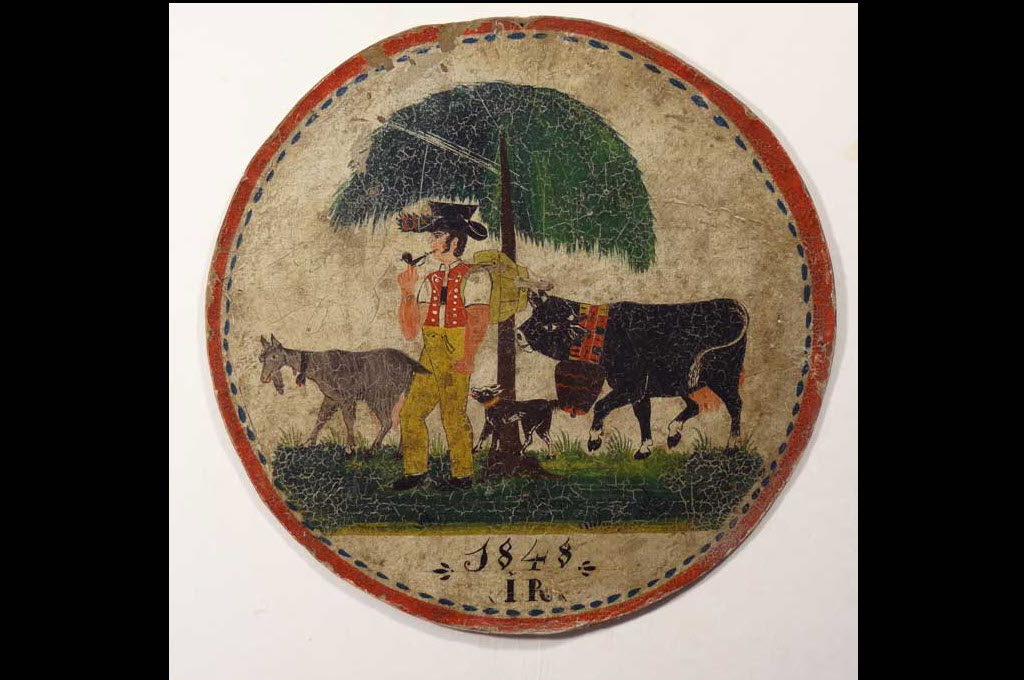 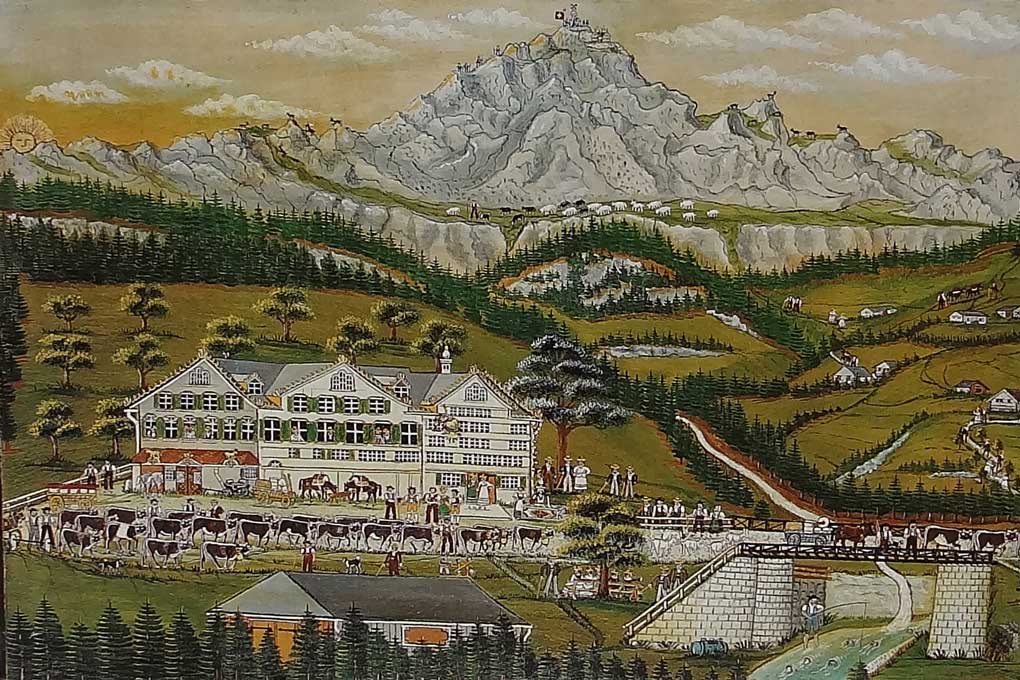 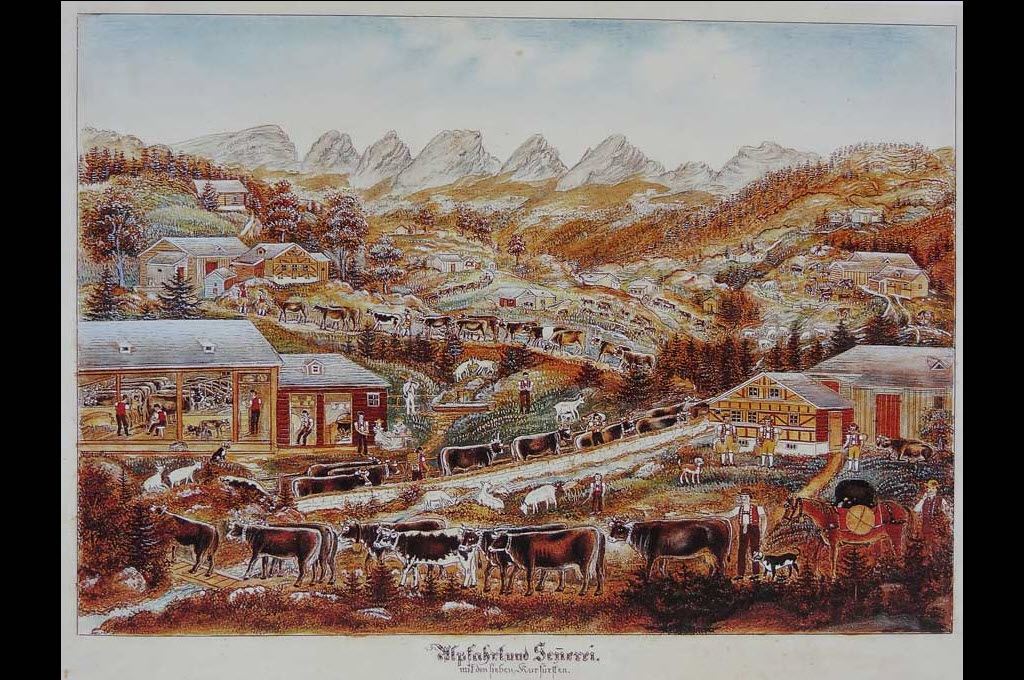 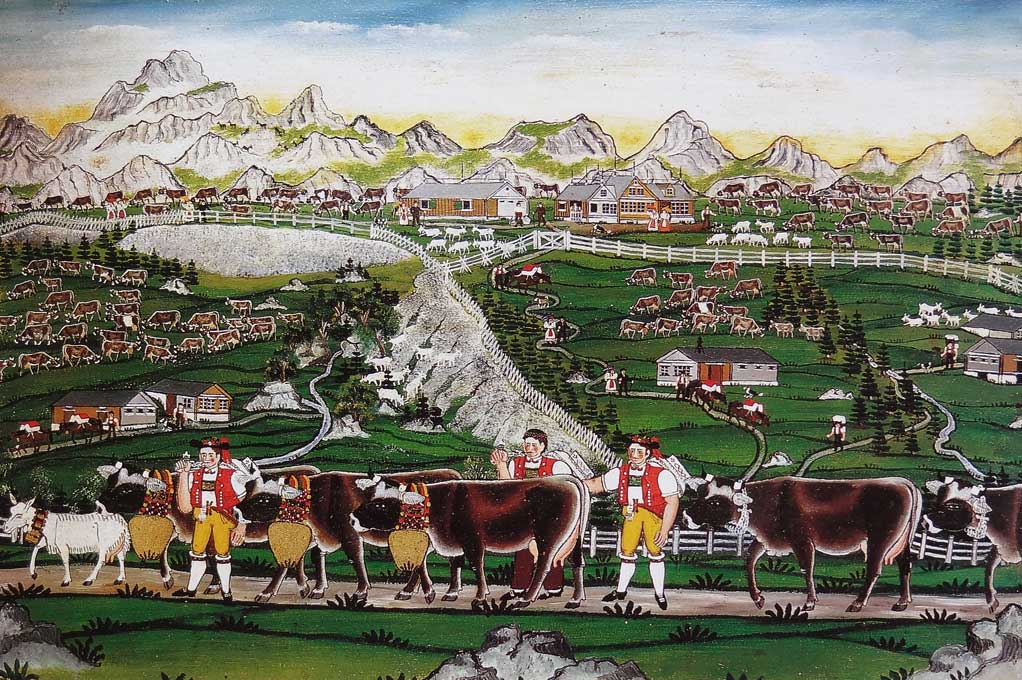 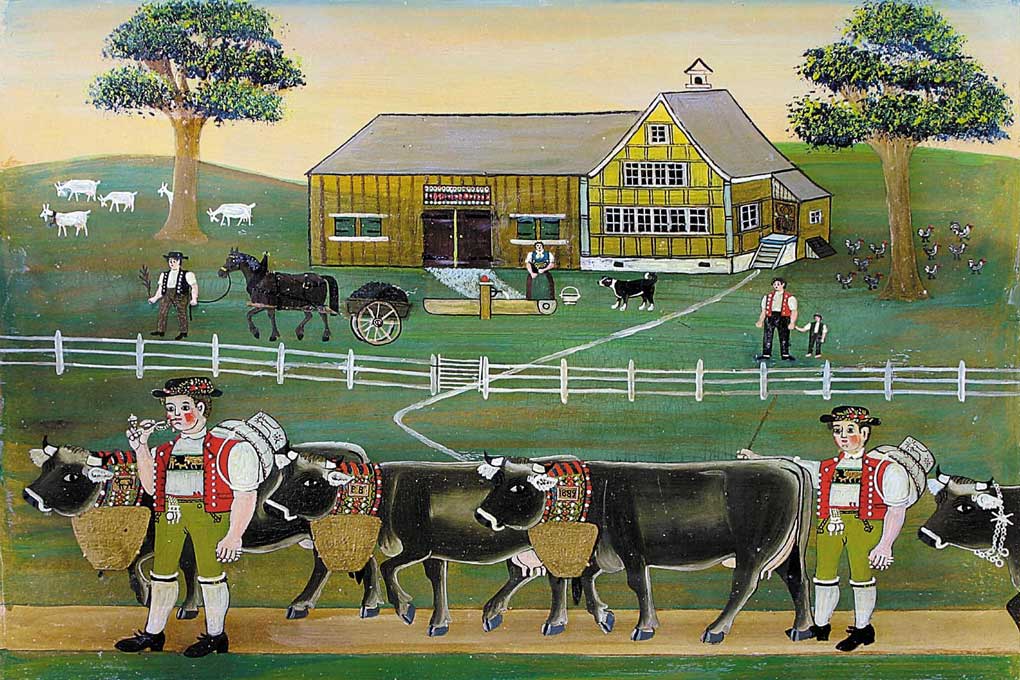 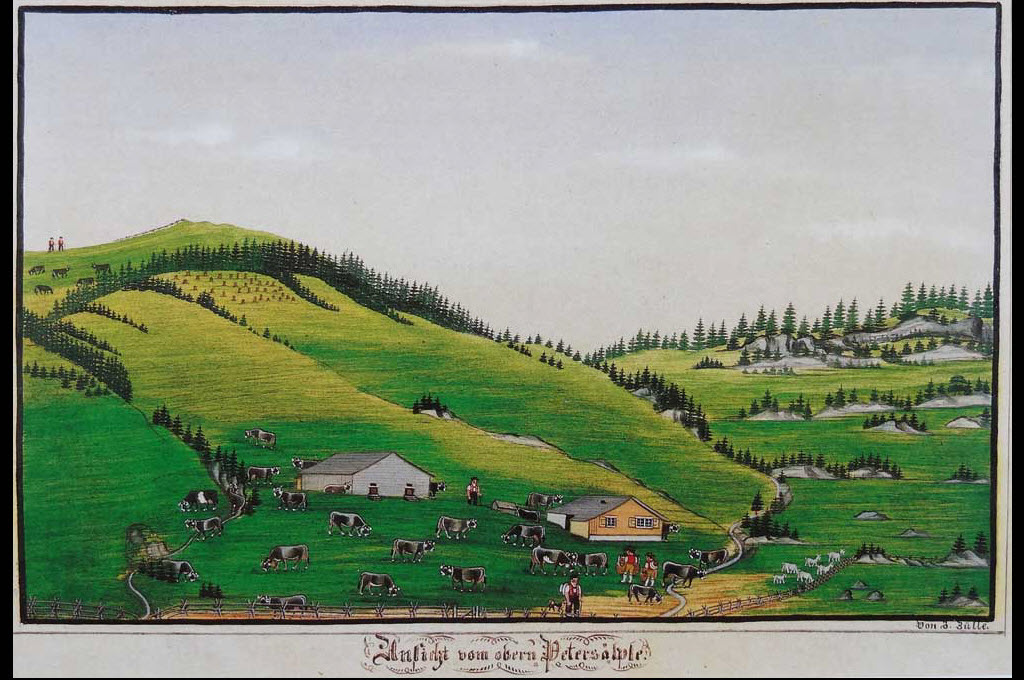 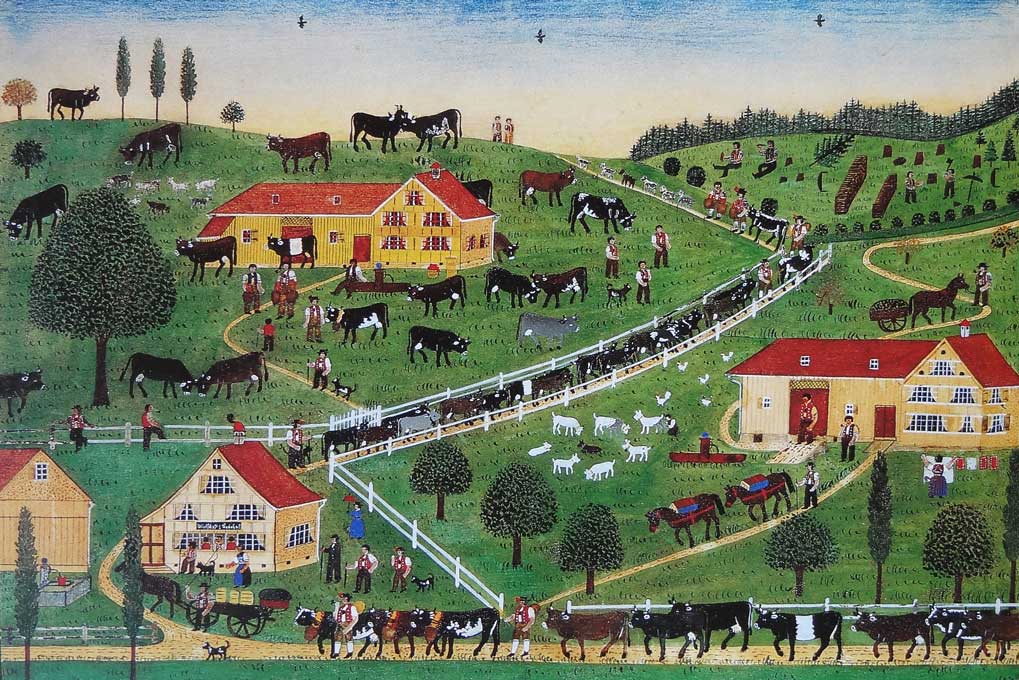 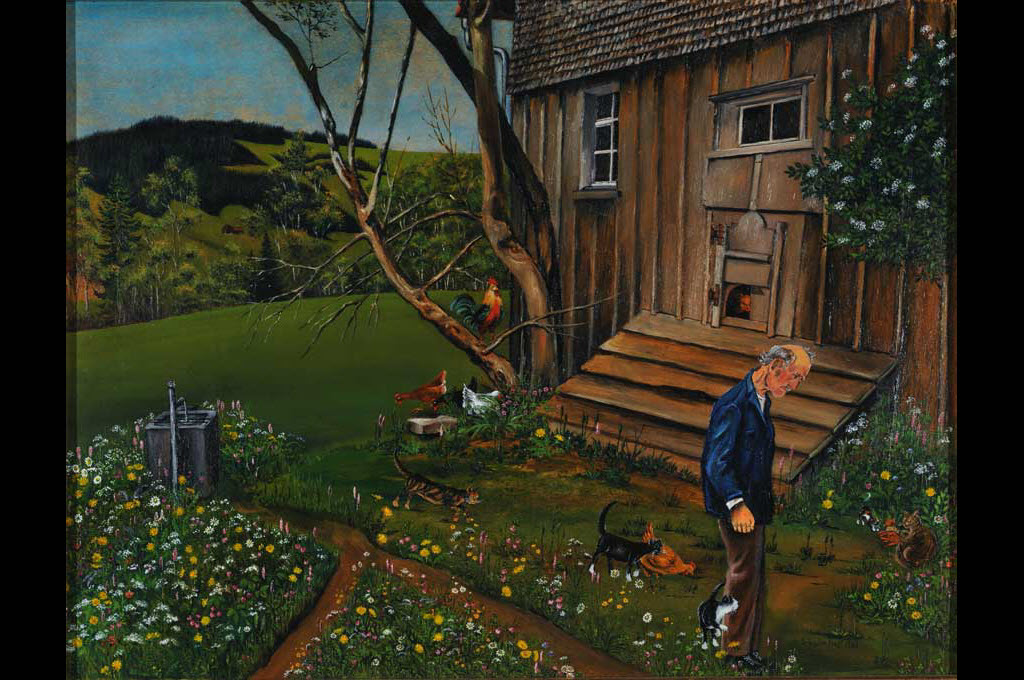 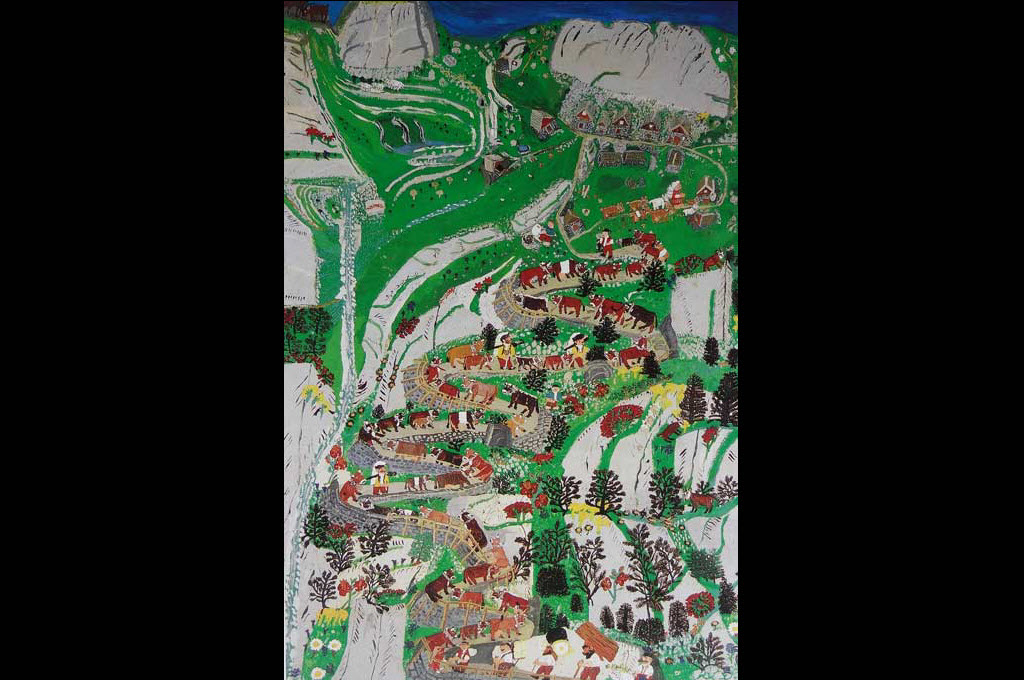 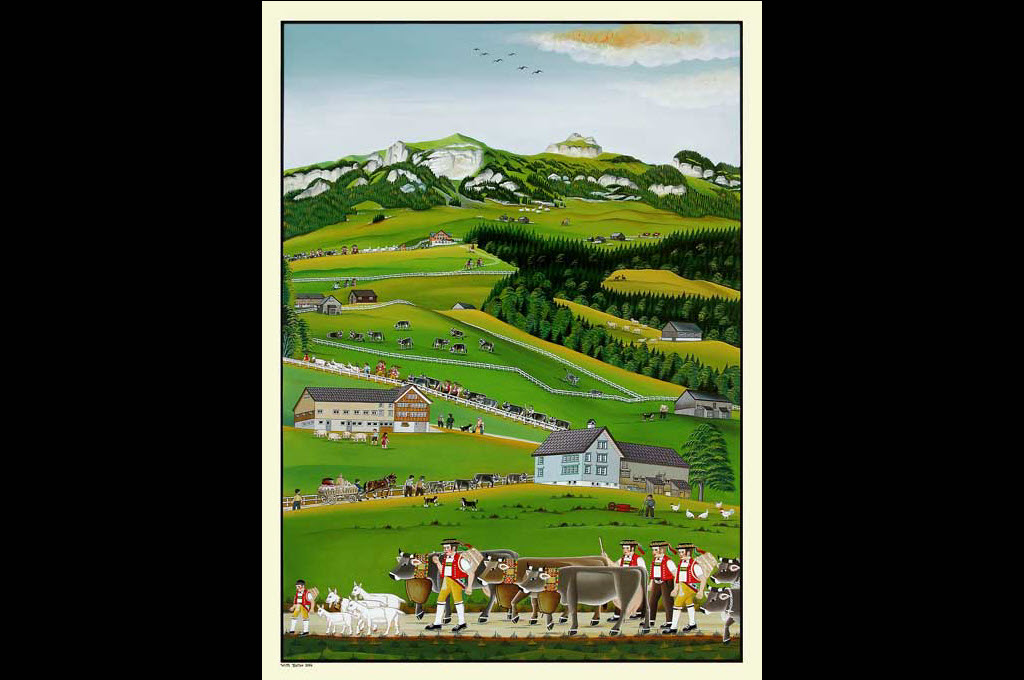 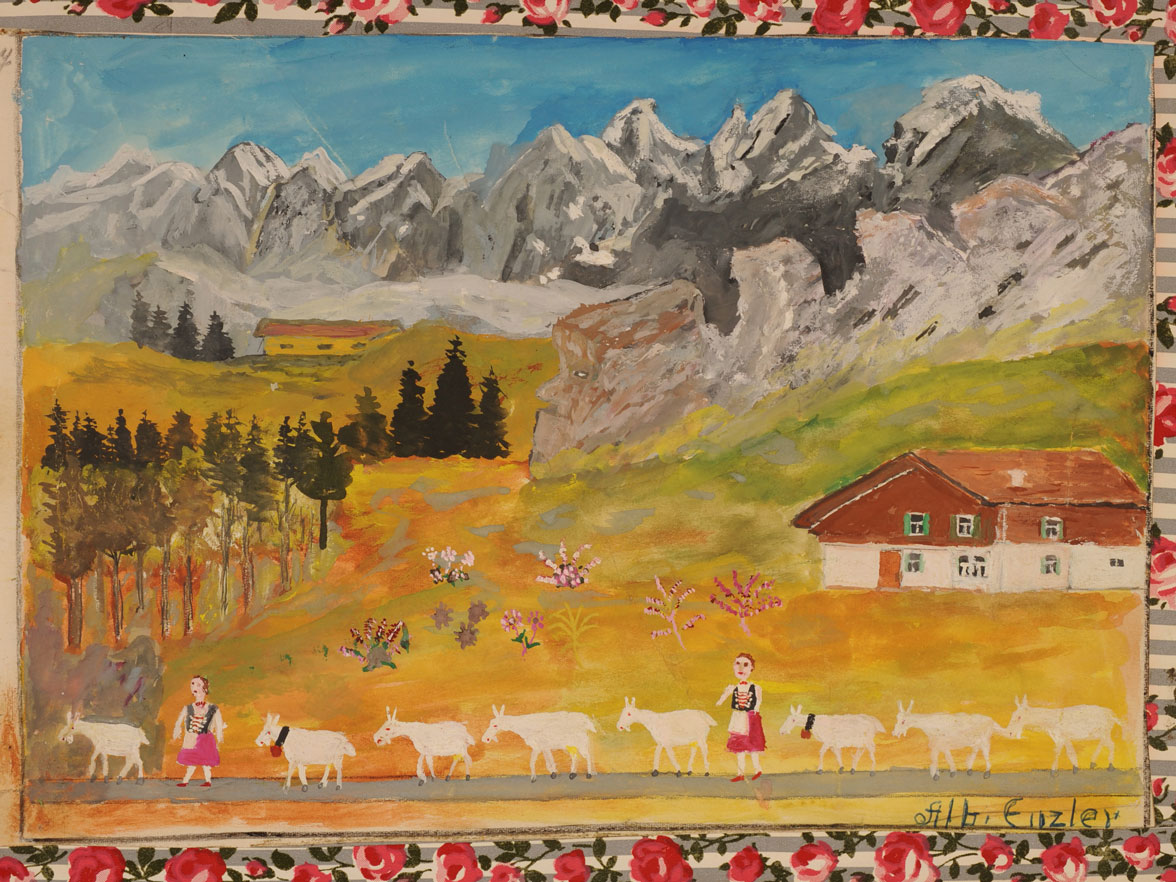 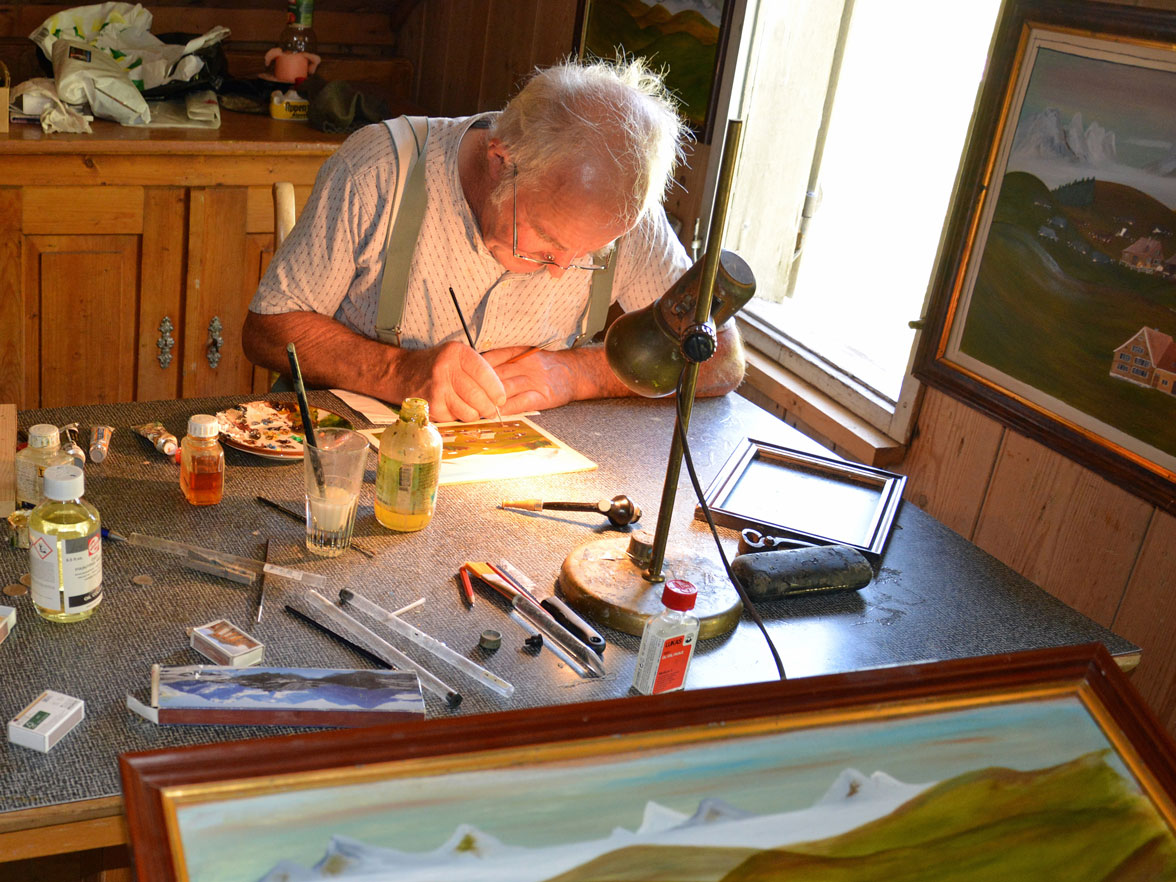 Johann Hautle in his atelier on the Meglisalp, (2015) © Museum Appenzell 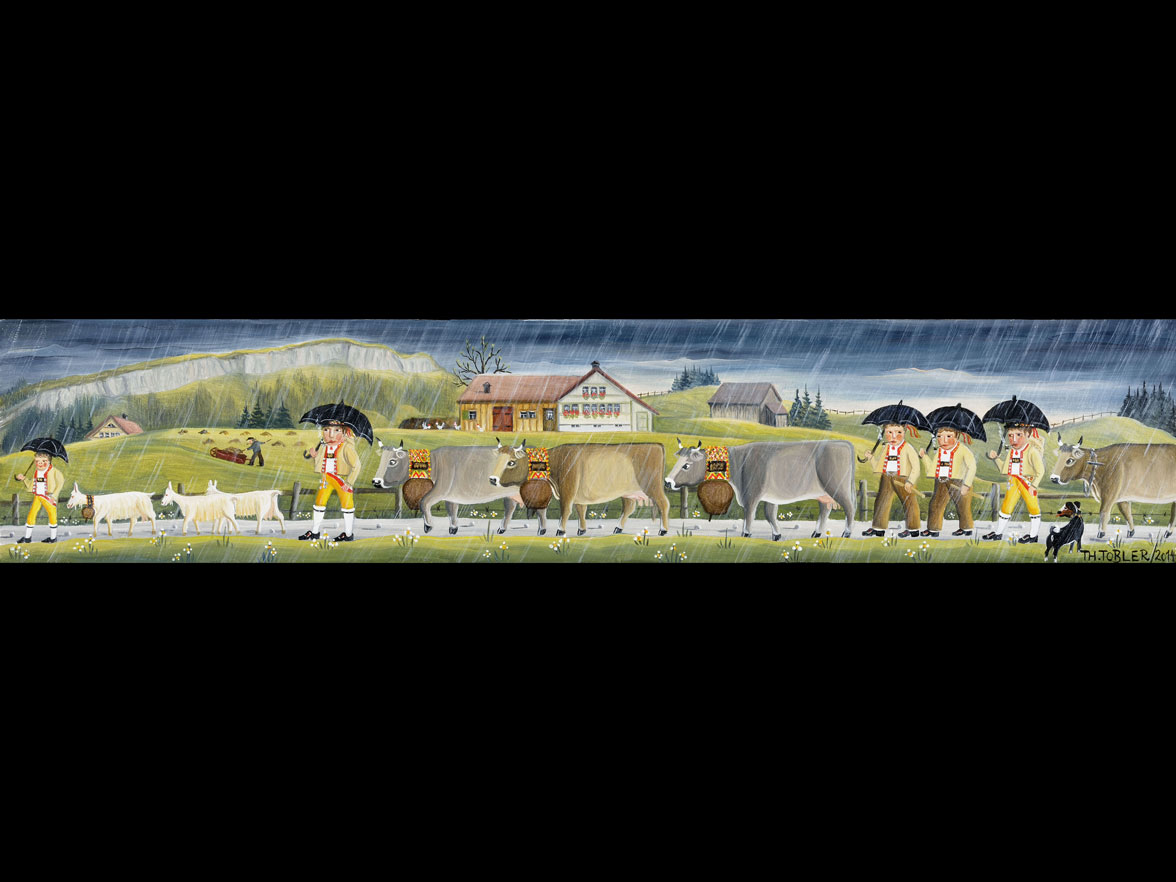 Peasant-style painting ("Bauernmalerei") in Appenzell and Toggenburg is unique among alpine folk art. Today it encompasses many forms of expression, and its history demonstrates the ambiguity of the term "peasant art". In Eastern Switzerland, painted works depicting farming and rural life can be traced back to the sixteenth century. It includes rustic murals painted on wooden walls, upper pieces for Swiss or alliance window panes and peasant-style furniture painting during the 1750-1850 period. In the nineteenth century, "Sennenstreifen" (long, narrow paintings of alpine cattle drives), milk pail bases, panel paintings and depictions of the traditional cattle drives up and down the mountains were made for farmers keen to show off their herds. In the second half of the twentieth century changes were seen in both the artwork itself and peoples' perceptions of it. Those interested in art became intrigued by peasant art, and it started to be used by businesses and the tourist industry in their advertising campaigns. Scientists and art enthusiasts pursued the "real" peasant art and believed this could only be found in works of the past, considering modern pieces to be nostalgic, hobby or souvenir art. This misconception has since been corrected. There was a great creative energy among the artists of the twentieth century, farmers who paint included, and this dynamism is as strong today. These artists have developed personal styles and found new forms of expression for the traditional subjects of alpine art.