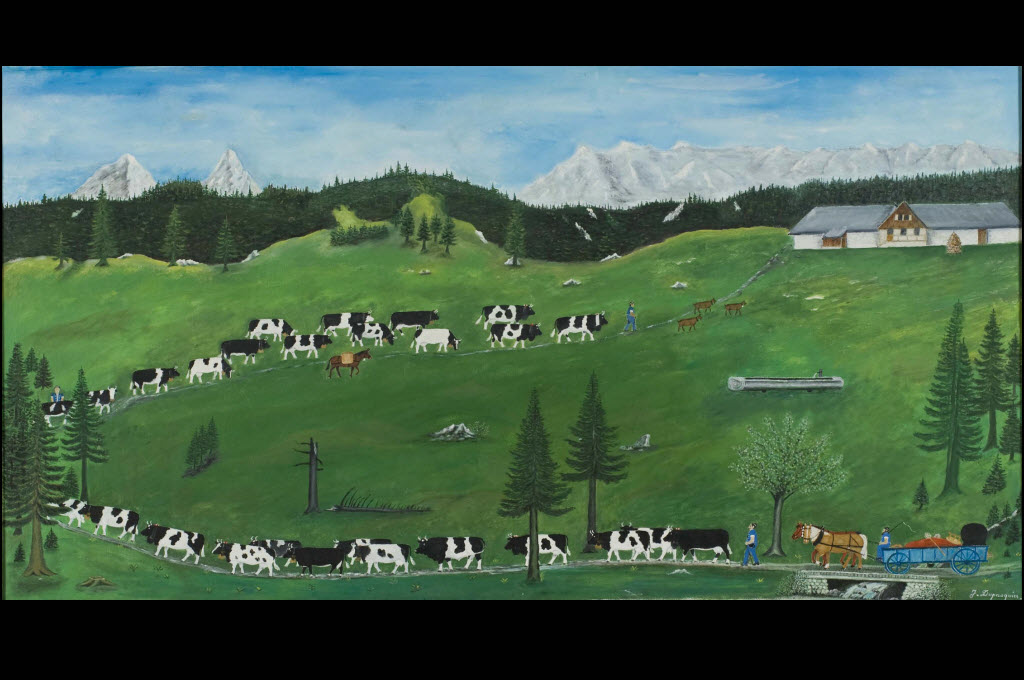 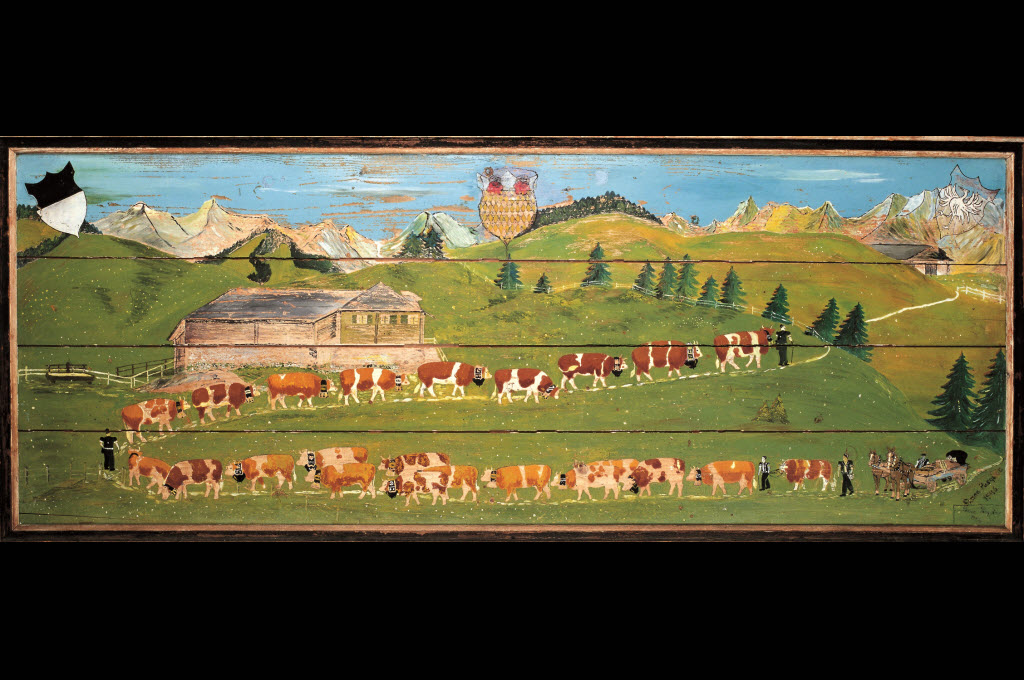 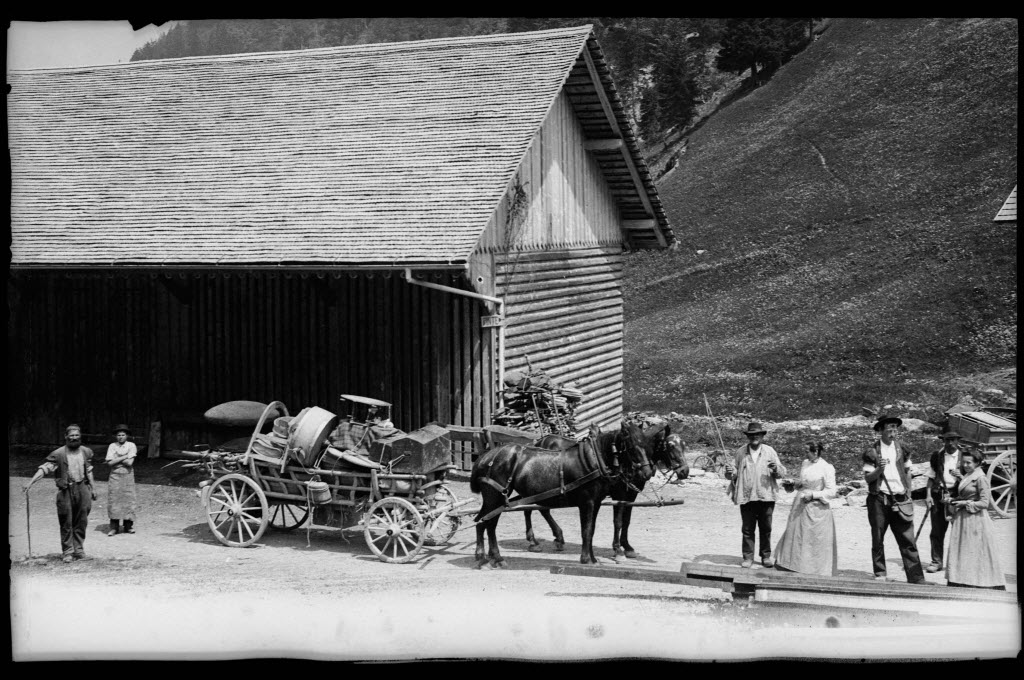 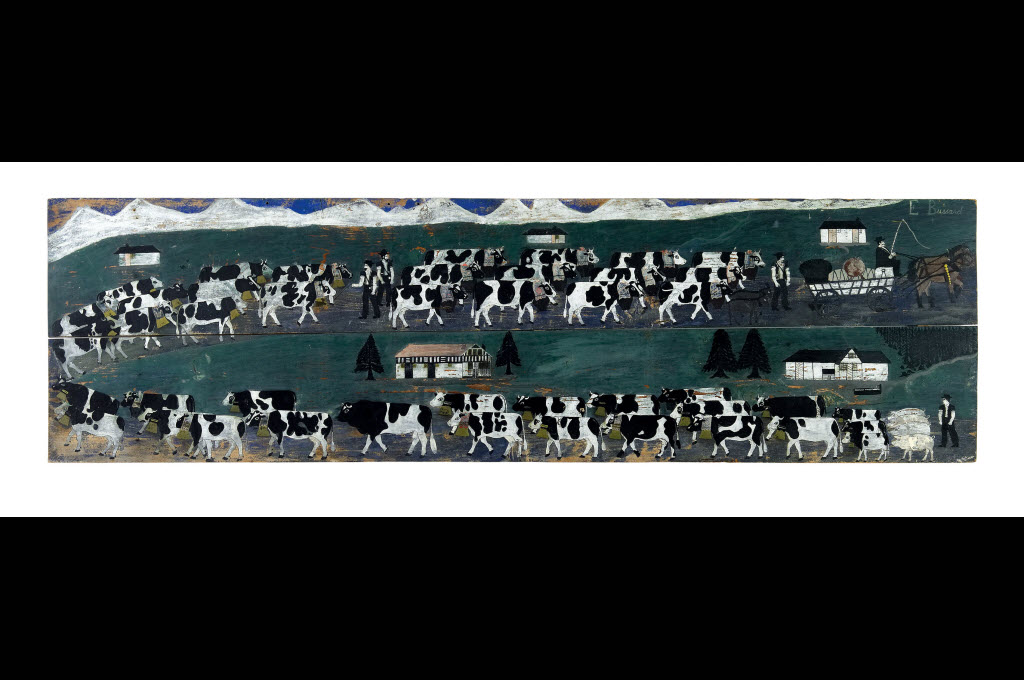 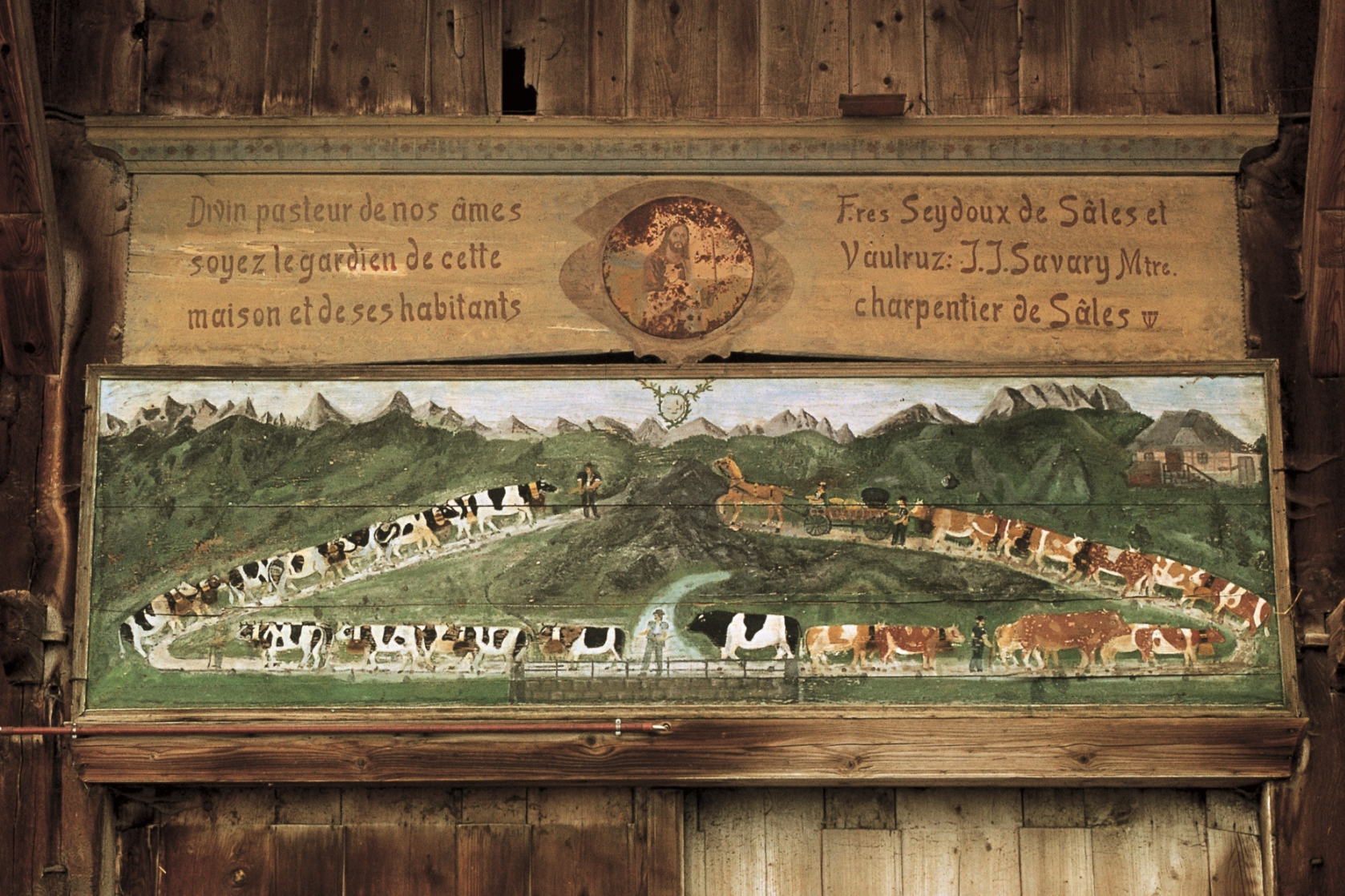 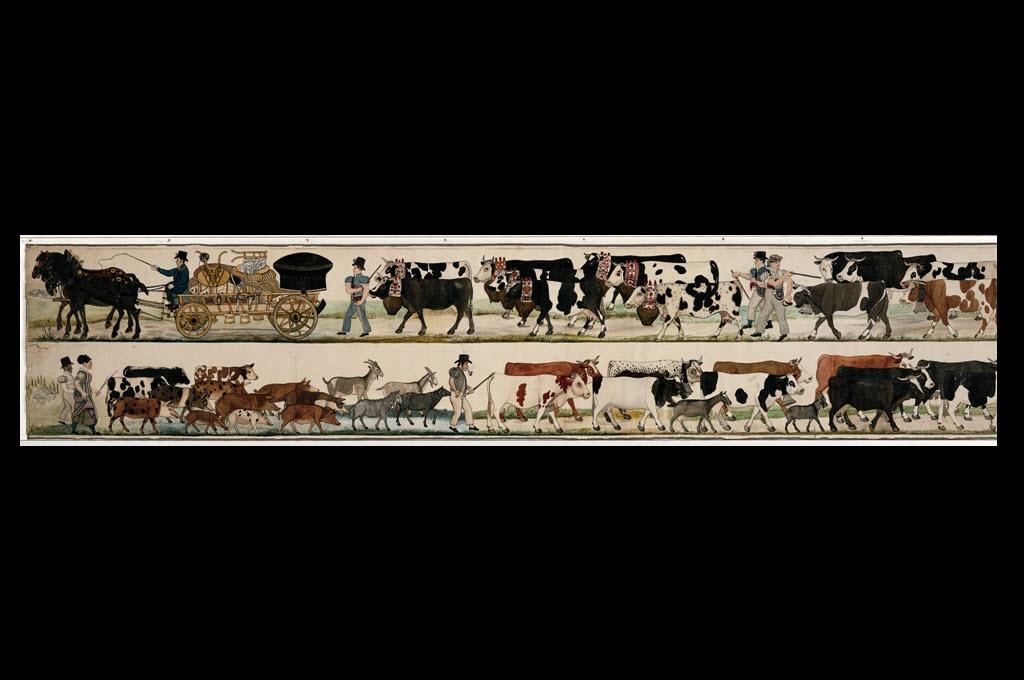 This drawing on paper by Sylvestre Pidoux from around 1850 has become the template for poya paintings. (I) © Musée gruérien, Bulle 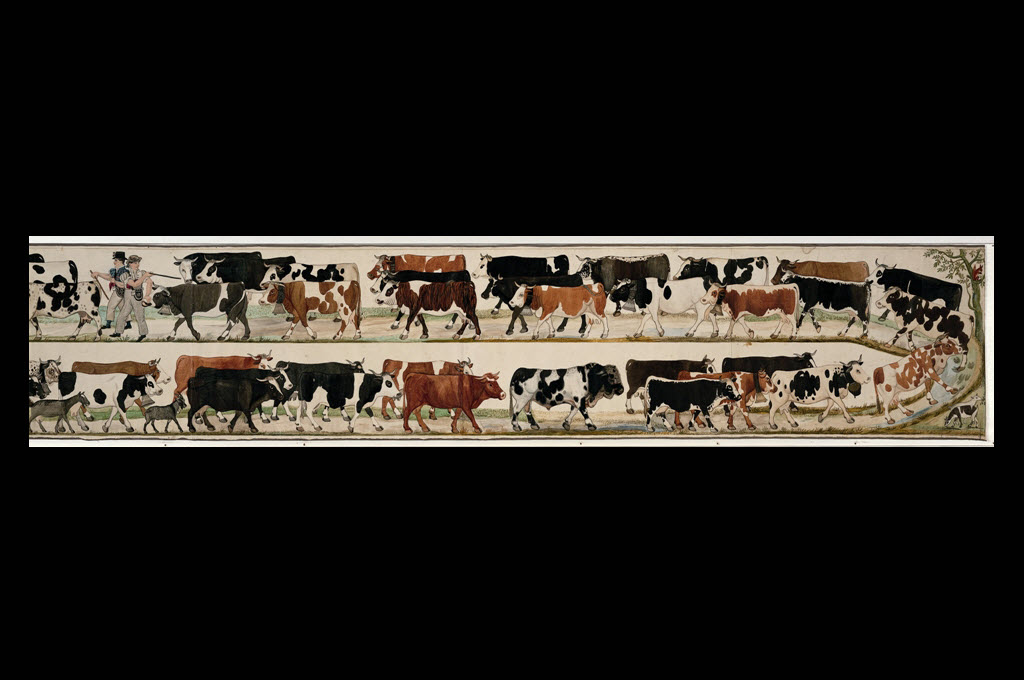 This drawing on paper by Sylvestre Pidoux from around 1850 has become the template for poya paintings. (II) © Musée gruérien, Bulle

In the dialect of Fribourg, the simple two-syllable word poya describes the ritual of driving cows up the mountain to graze. The term has been more precisely applied to the depiction of this time-honoured rural tradition marking the start of the productive season since the 1960s, although poyas first started to appear on the façades of farmhouses in the alpine foothills of Fribourg in the early 19th century. Each farmer would portray his own herd in its finest hour, namely the first flush of springtime. The poya shows a line of cattle processing up a long and winding trail, surrounded by other farm animals, herders in tall hats and other elements that typify life on an alpine farm.

Sylvestre Pidoux (1800-1871), born in Vuadens, is considered to be the first painter of this genre. His works have served as an enduring template for a style that has evolved in line with changes in the alpine economy and livestock preferences. There are several hundred poyas on farms in the region today and fifteen or so painters capable of creating them. While ever fewer people are rearing cattle in the mountains, poyas are enjoying renewed popularity and finding a whole new audience. Their decorative qualities are proving to be a draw for tourists, and they have passed over into interior design as well as a variety of different media.