Tale of a poacher 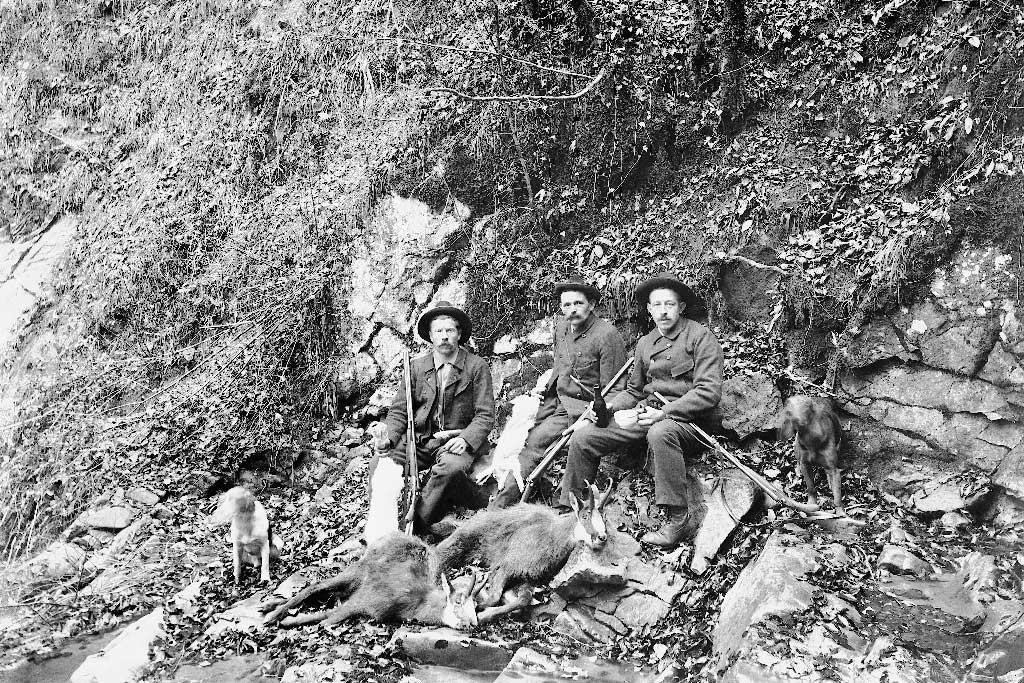 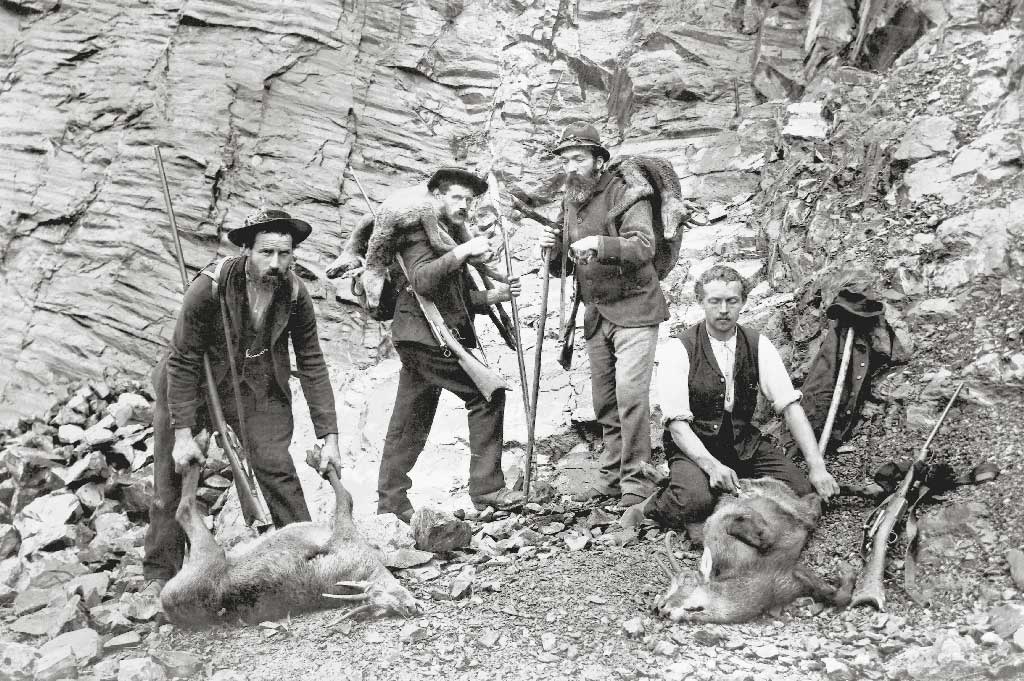 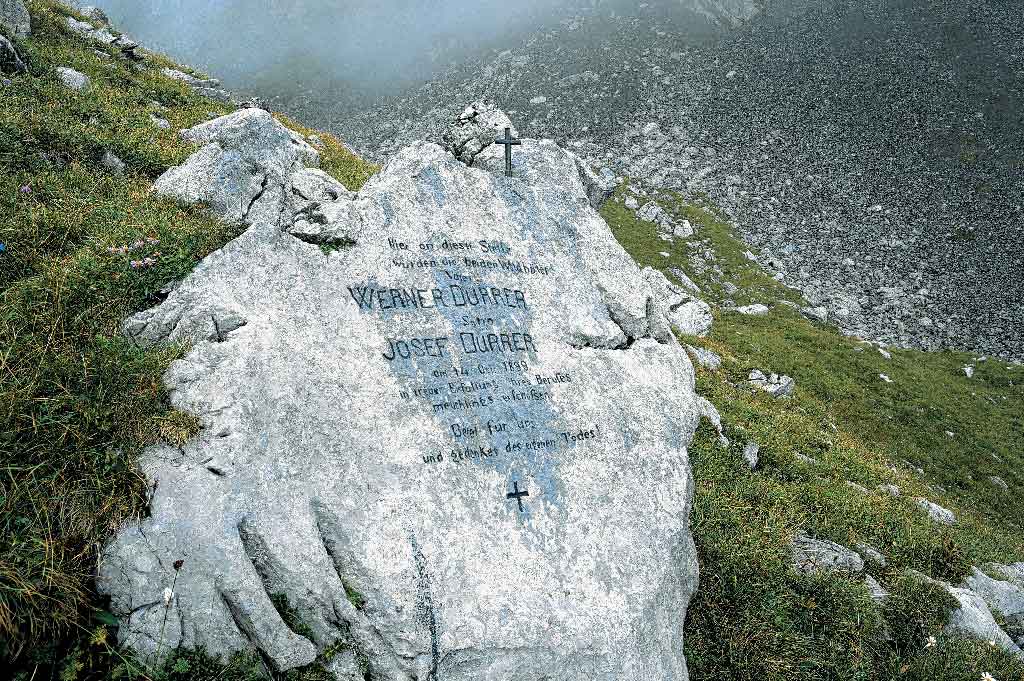 Memorial at the site of the shooting, Gruobialp, 2002. © Christof Hirtler, Altdorf 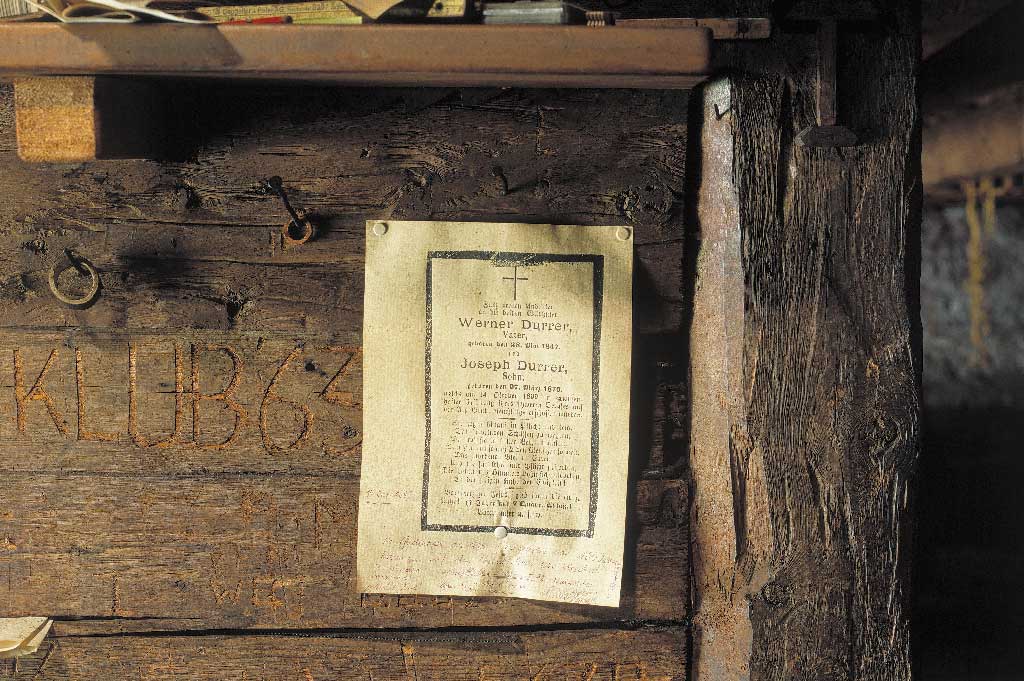 Photcopy of the original death notice of both victims. At the bottom of the sheet a few comforting words were added by hand on the 100th days since the gamekeepers’ deaths, Gruobialphütte, 2002. © Christof Hirtler, Altdorf 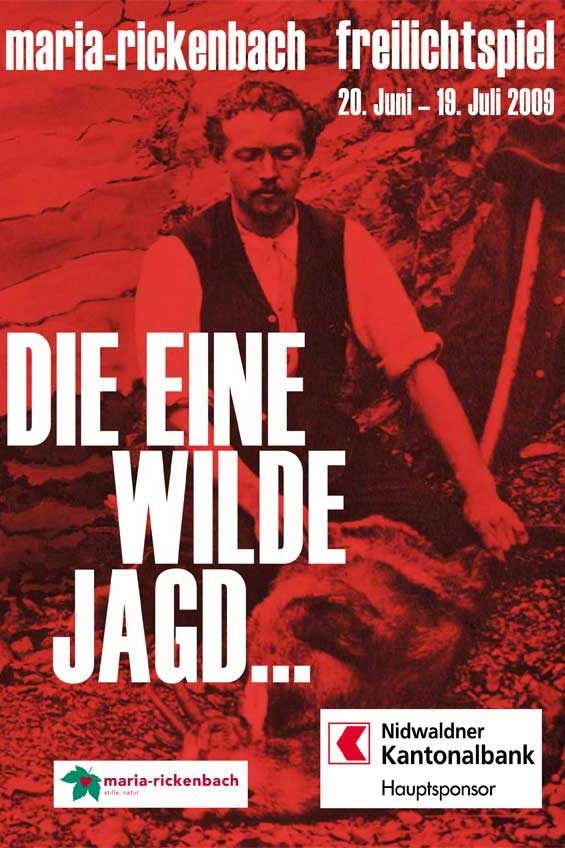 Poster of the play “Die eine, wilde Jagd” (the wild hunt), inspired by the famous cover of the eponymous book by Ernst Rengger, 2009 © Theatergesellschaft Dallenwil 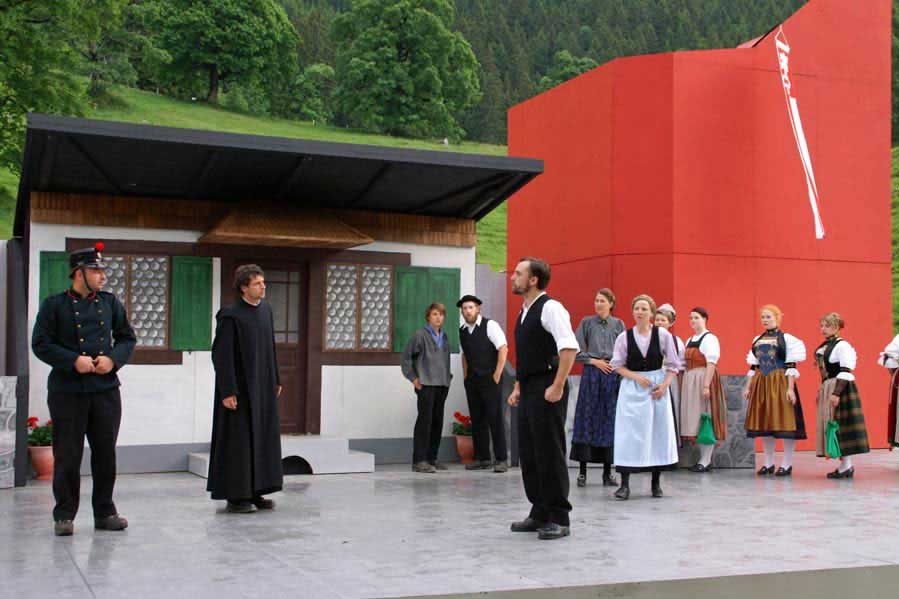 In 1899, a poacher from the canton of Nidwalden shot dead two gamekeepers in a no-hunting zone called Gruobialp in the canton of Obwalden. They had caught him red-handed with several poached chamois. Following the crime the murderer fled abroad and disappeared, and the Obwalden judiciary never had the chance to bring him to trial. The case attracted considerable attention, both at the time and in later generations. Over time, facts, rumours and interpretations blended together to form an independent narrative that is passed on orally in many families to this day. There are now numerous versions and variations of the tale. One important factor which helped to propagate the story were the books on the murder published at regular intervals throughout the 20th century. The incident is now the subject of three novels, two Swiss German plays in three productions, a story in three editions and a historical study. Each version lent the story a new energy and provided new reference points for a retelling of the original incident. One notable fact is that almost all the authors come from the canton of Nidwalden, indicating that there was a particularly strong need among the residents of this canton to come to grips with the events. In essence, the story boils down to fundamental human questions of guilt, justice, punishment, atonement and forgiveness.