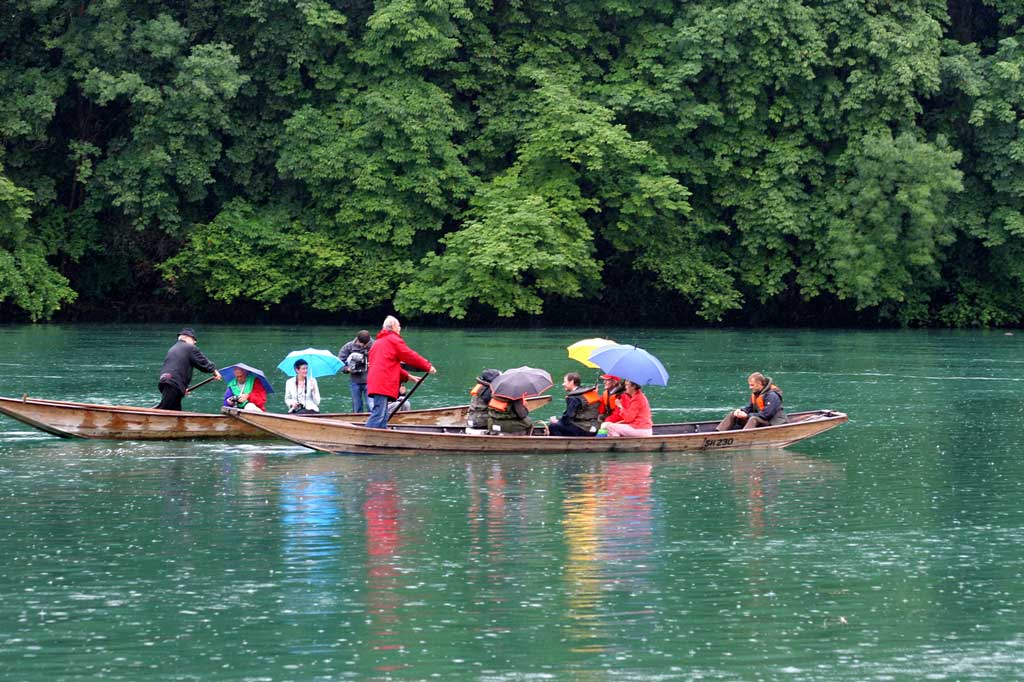 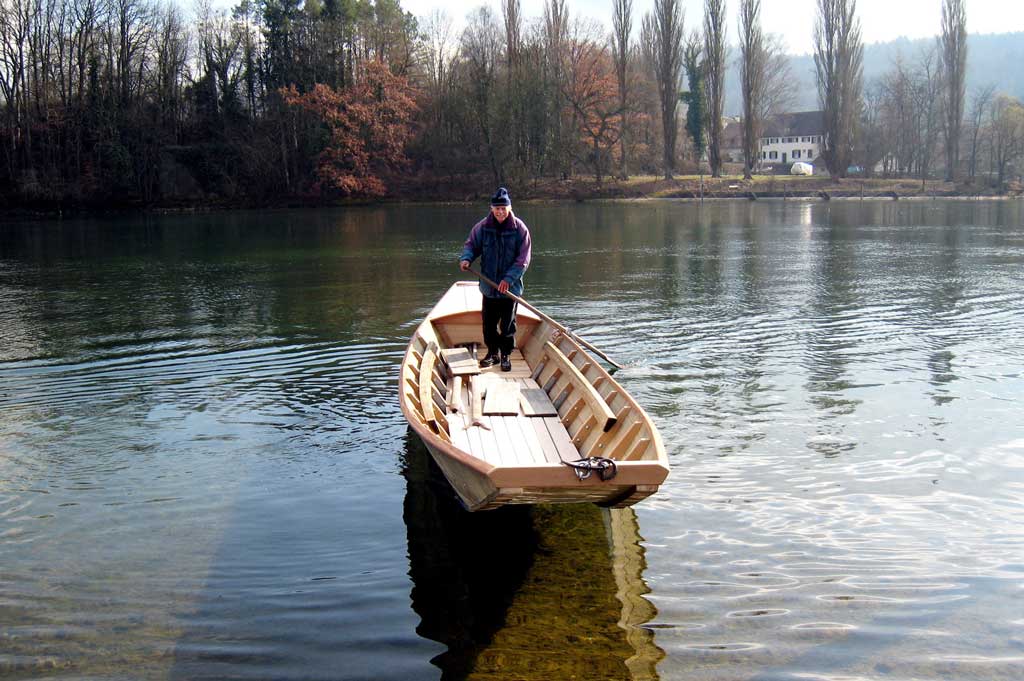 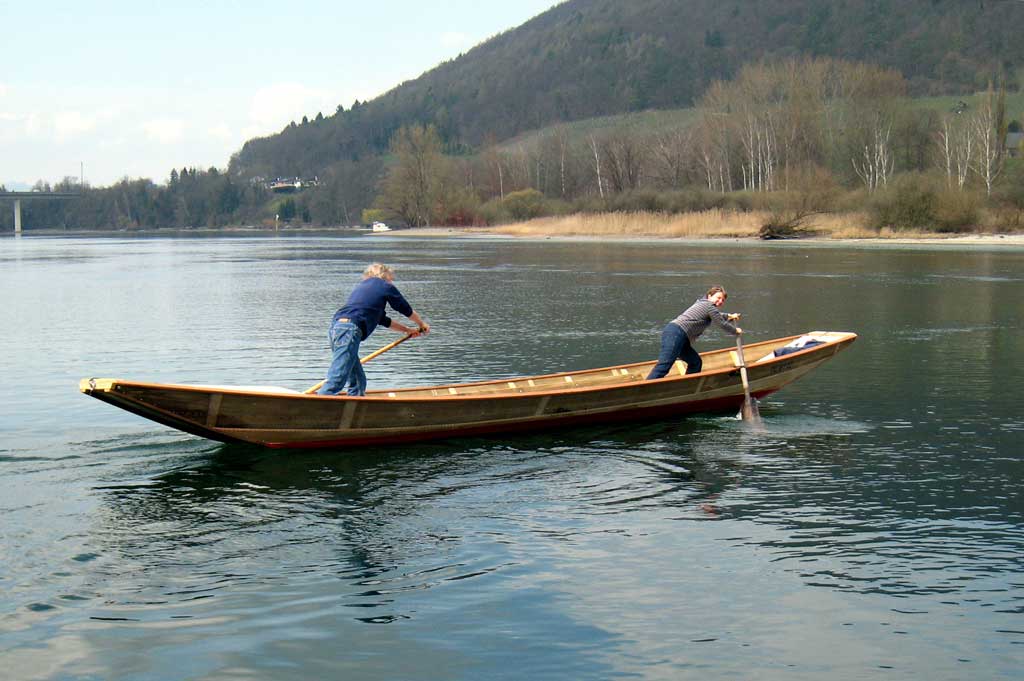 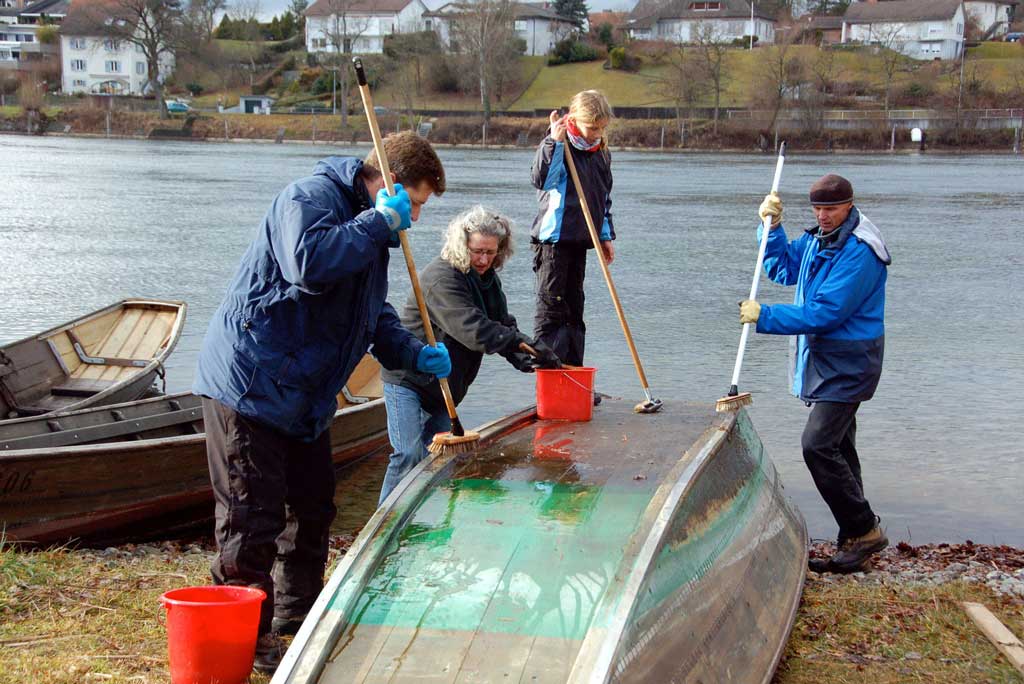 Cleaning a "Weidling" before its removal from the water © Sonja Baumann, Schaffhausen, 2007/Stadtarchiv Schaffhausen

The Weidling, a narrow flatboat around nine metres in length, is as important to the city of Schaffhausen as the Munot fortress and the river Rhine. It provides one of the most popular ways of travelling the section of the river between the town of Stein am Rhein and Schaffhausen. One key feature of the traditionally motorless Weidling is the way it is propelled through the water. As the currents in the Rhine are strong, the only way to travel upstream is to punt the boats using poles or tow them from the banks of the river. The Weidling is traditionally constructed from solid wood, although today some boats are also made from plywood, plastic or aluminium. Kohler Zimmerei & Holzbau in Thayngen (canton of Schaffhausen) is the only remaining company in Switzerland which still produces only Stachelweidlinge (boats which are punted upstream using poles) from solid wood. The common variations of the boat – Stachelweidling, Fähr- oder Übersetzboot (ferryboat) and Langschiff (longboat) – have evolved since the Middle Ages from the Fischerweidling (fishing boat). Today, the Weidling is constructed mainly for leisure and sporting activities and is used extensively by Swiss punting and rowing clubs.