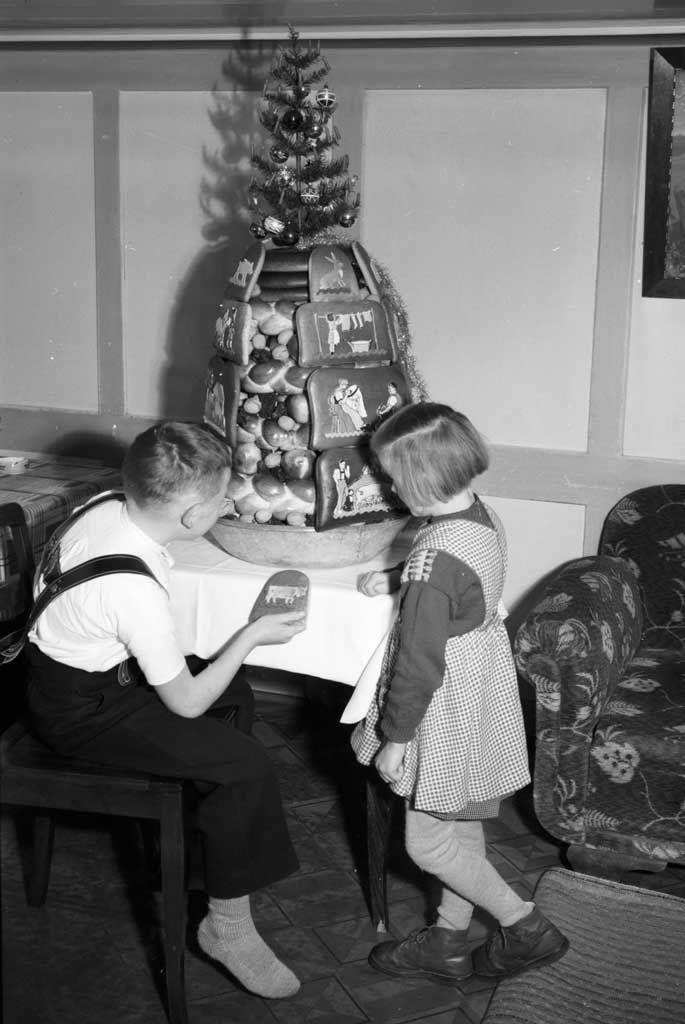 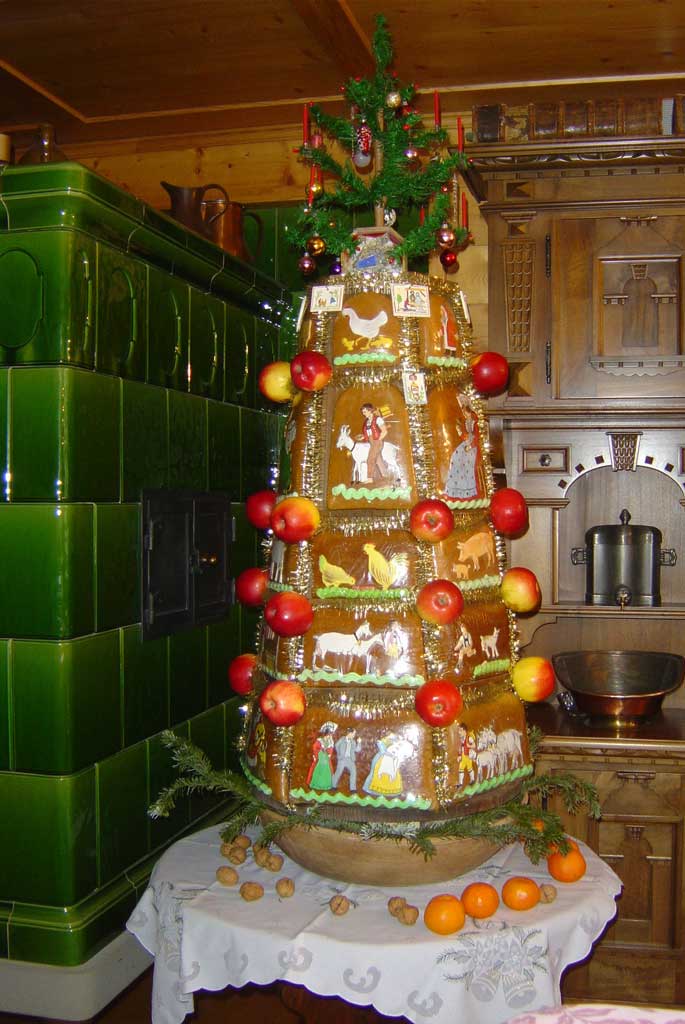 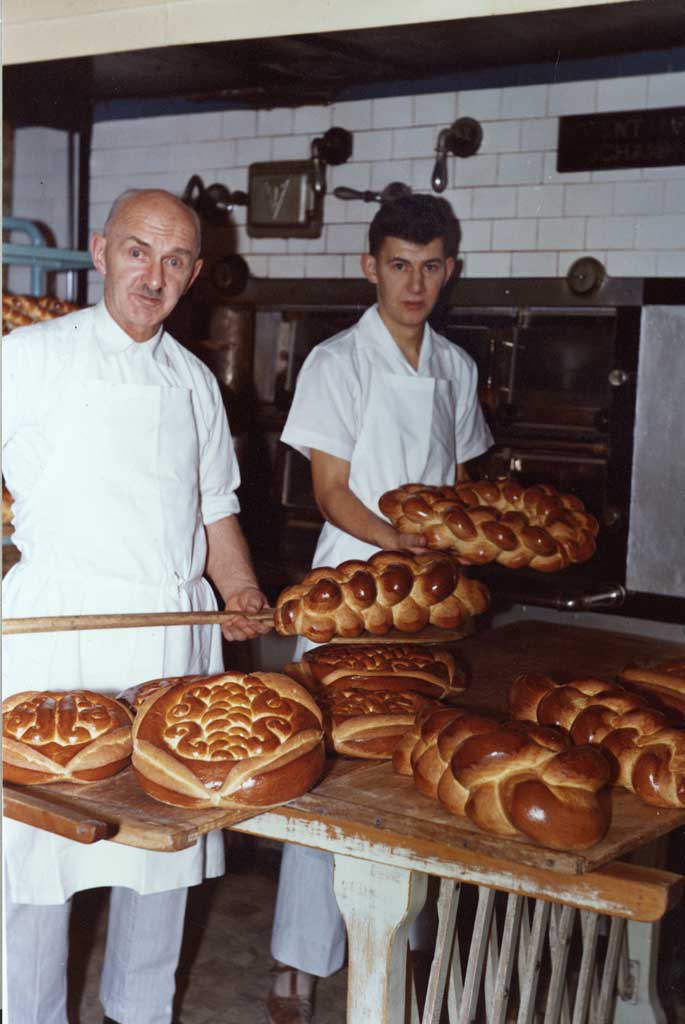 A glimpse into Bäckerei Fuchs on Hauptgasse, Appenzell, a bakery which no longer exists. © Emil Grubenmann sen./Museum Appenzell, Appenzell 1964 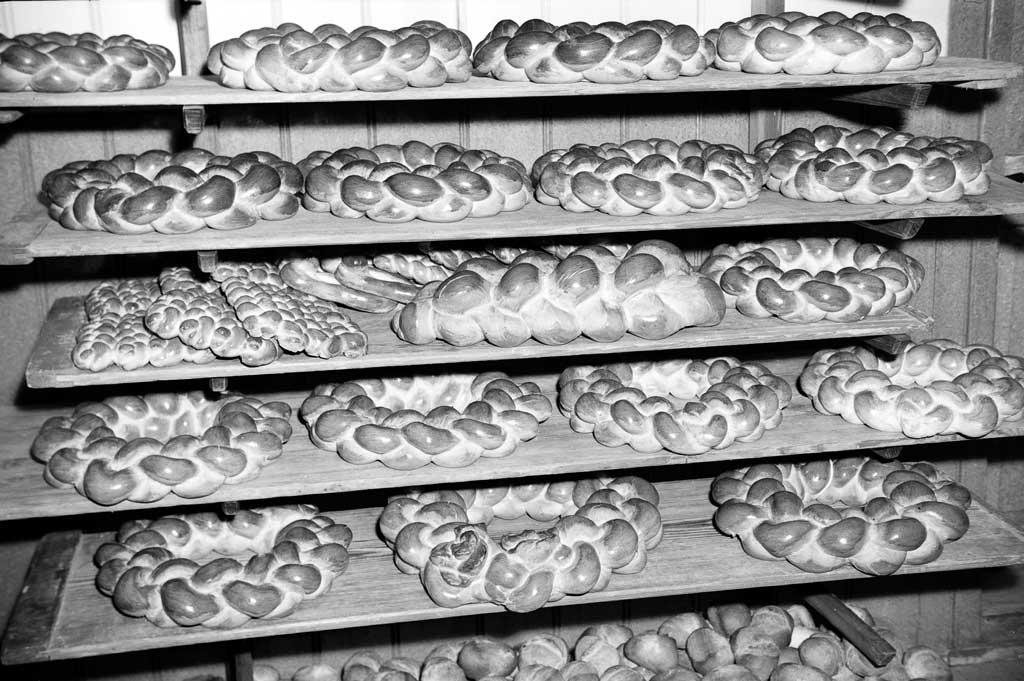 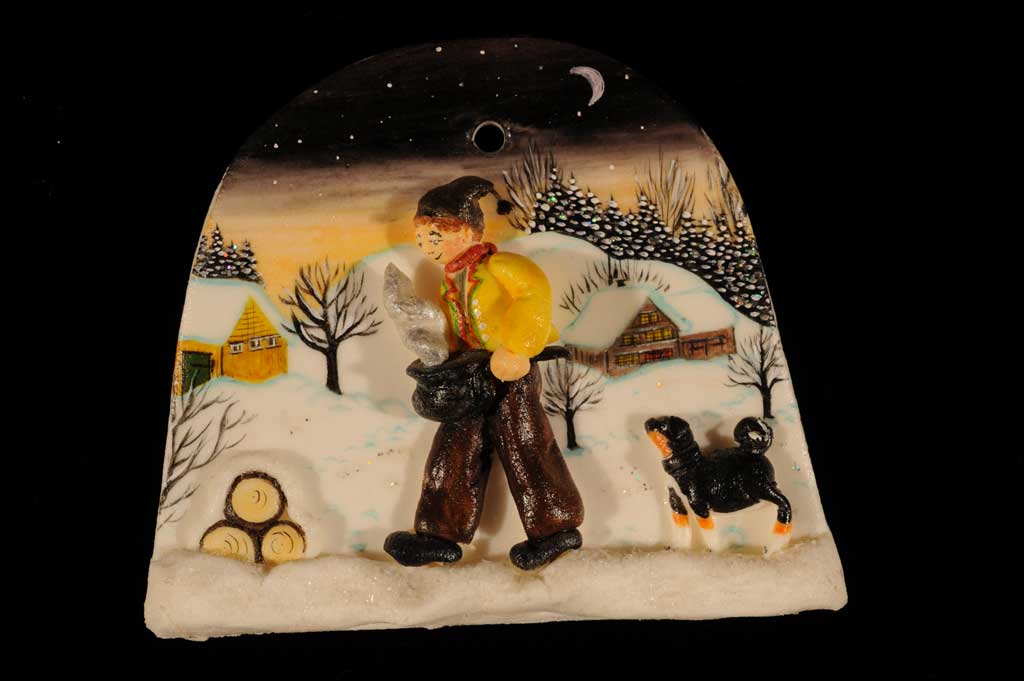 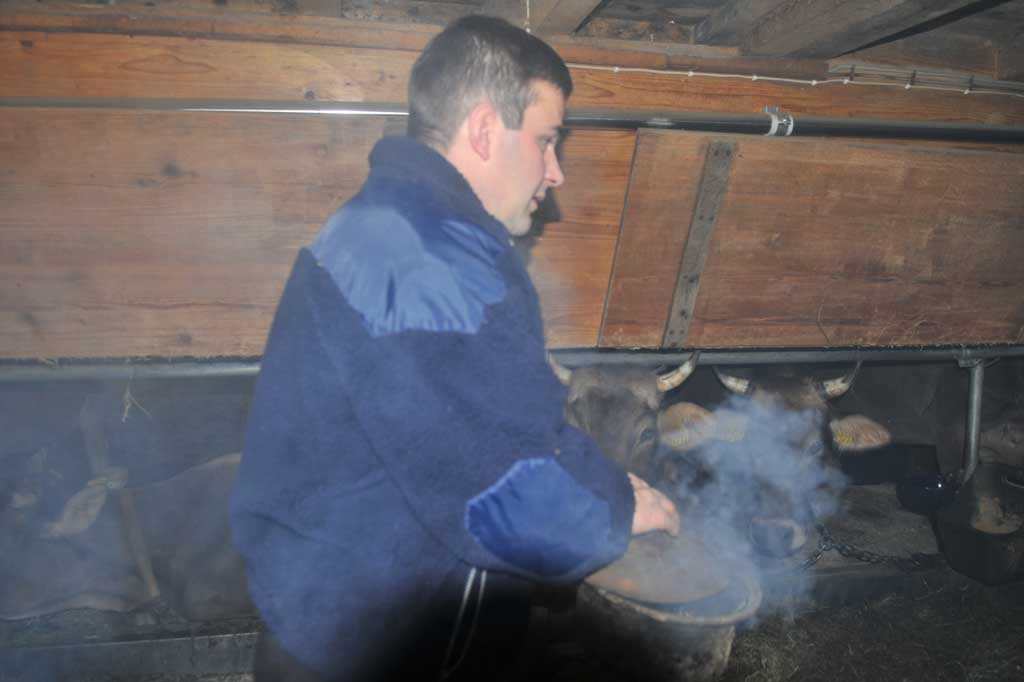 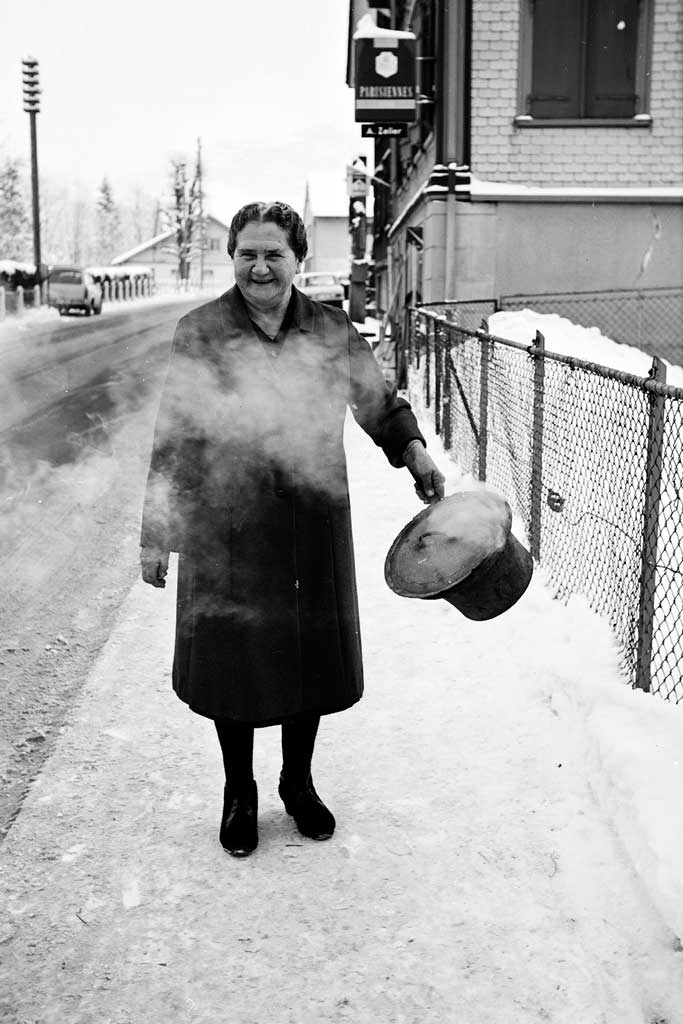 The canton of Appenzell Innerrhoden is famous for its broad variety of Christmas traditions which appeal to all the senses. The Christmas period begins with the presentation of the colourful Chlausebickli (painted gingerbread biscuits) on All Saints’ Day. The Chlausebickli, which are given to children by their godparents, cannot be consumed immediately and will reappear later as part of the Christmas Chlausezüüg (a pyramid-shaped forerunner of the Christmas tree constructed on a wooden frame). Along with the Chlausebickli, Devisli are also an essential part of the Chlausezüüg, which today consists of a five-cornered wooden frame that tapers towards the top. The inside of the Chlausezüüg originally consisted of a cone of Filebrood (braided bread), Biberfladen (an Appenzell gingerbread speciality), apples, nuts and dried pears. Devisli are small, painted images made from dried sugar dough. They are ornately designed and depict a range of scenes, for instance from traditional farming life in Appenzell. On Christmas Eve, the streets and houses of Appenzell Innerrhoden are filled with the smell of incense. Altar servers, men, and, less frequently, women and children carry a censer or what is known as the Räuchlipfanne (incense pan) through living rooms, workplaces and stables in order to bless them.