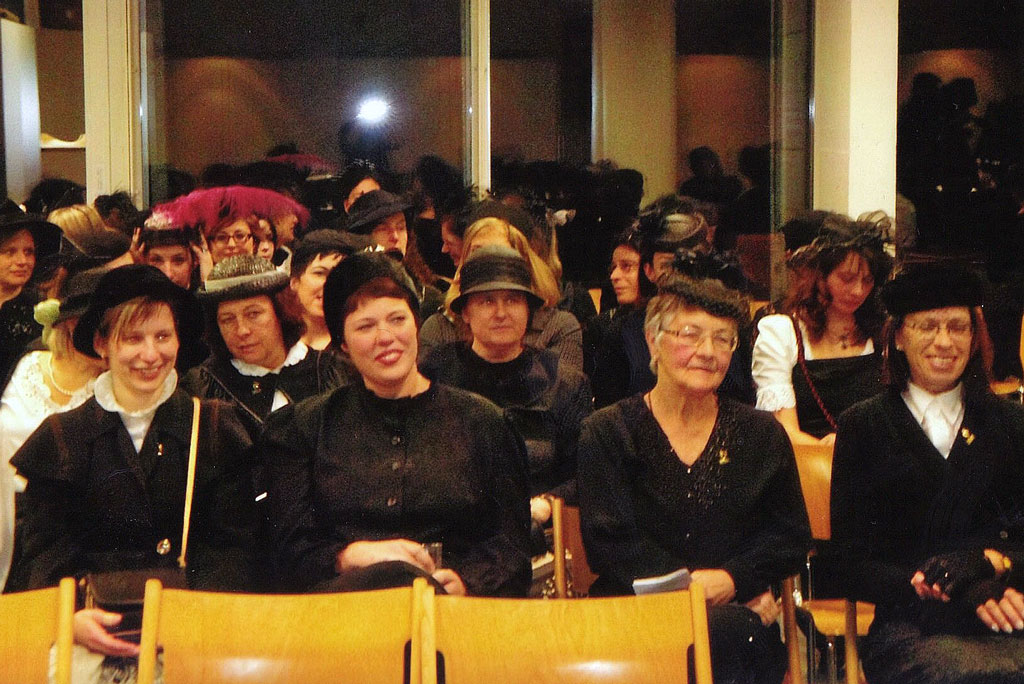 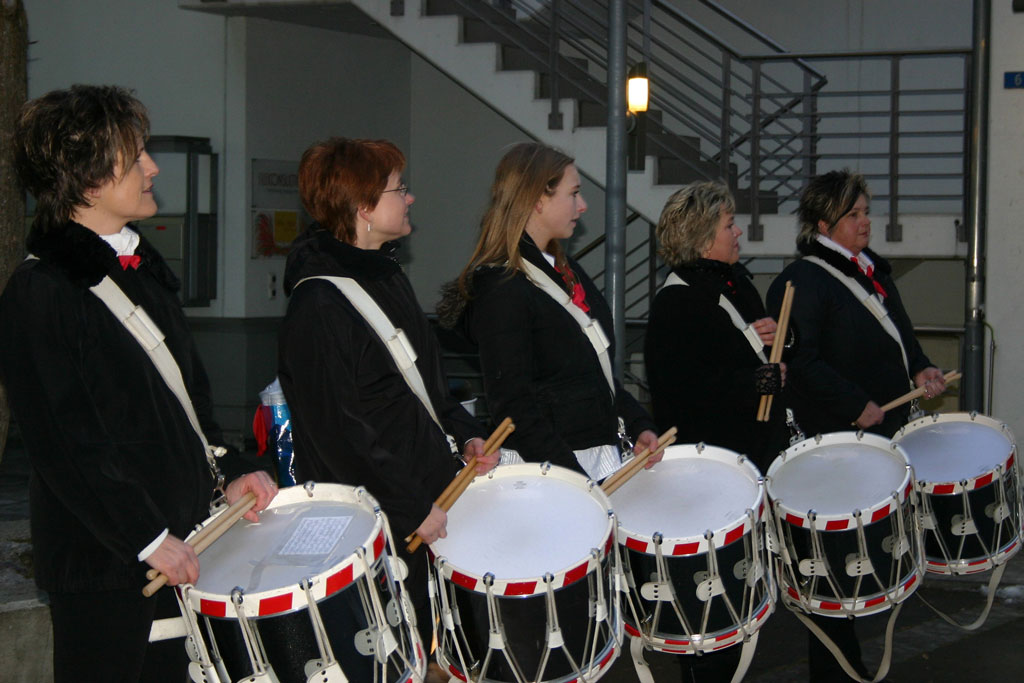 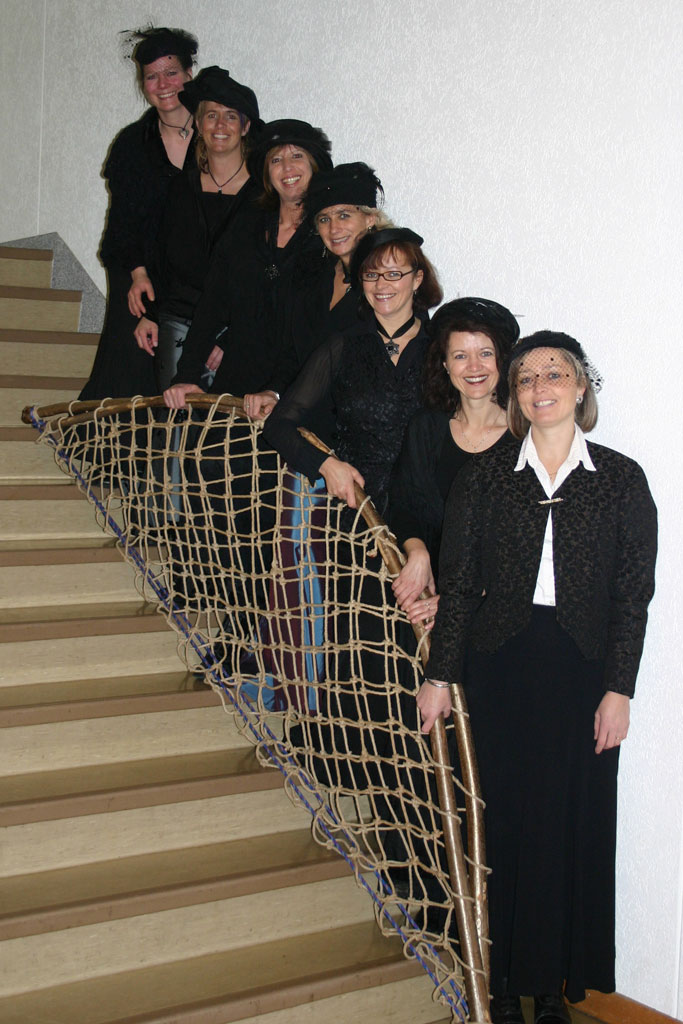 Women from Fahrwangen dressed in noble robes and armed with their net for catching men © Priska Lauper, 2011 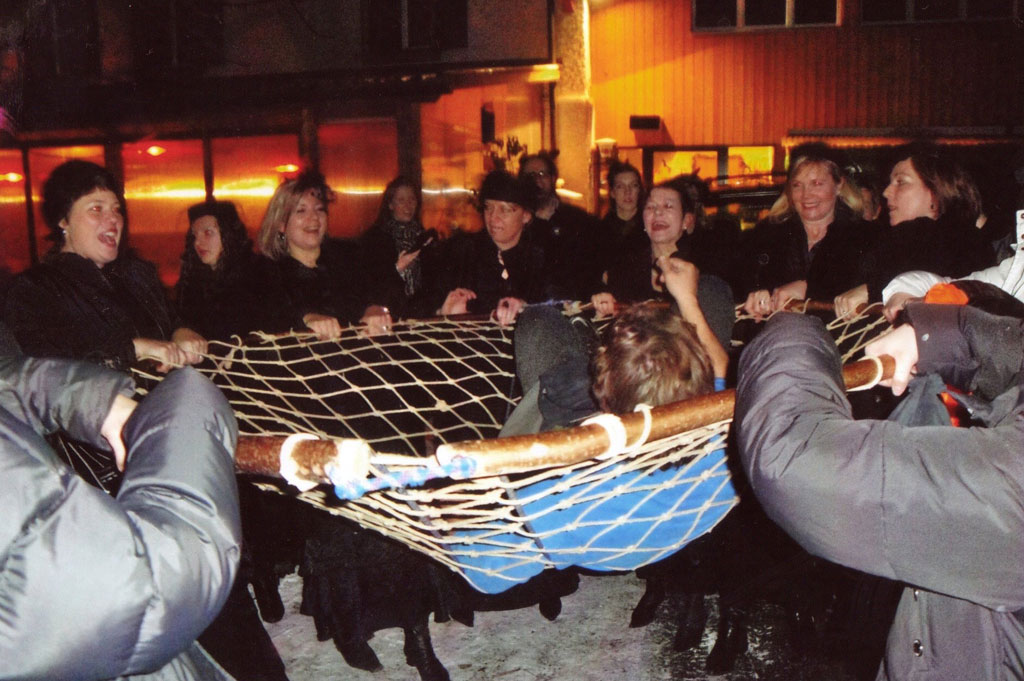 A man caught in the net made of hemp ropes and about to be carried to the next restaurant © Ursula Erni, 2011 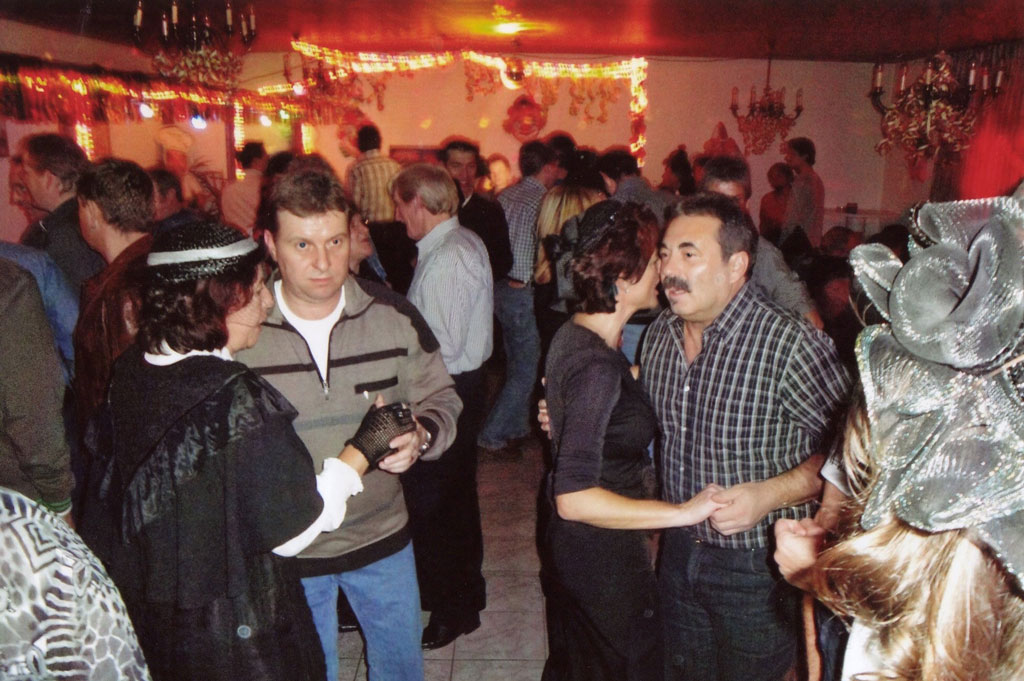 Dancing on Thursday evening – but only when asked to by the girls and women of Meisterschwanden © Ursula Erni, 2011 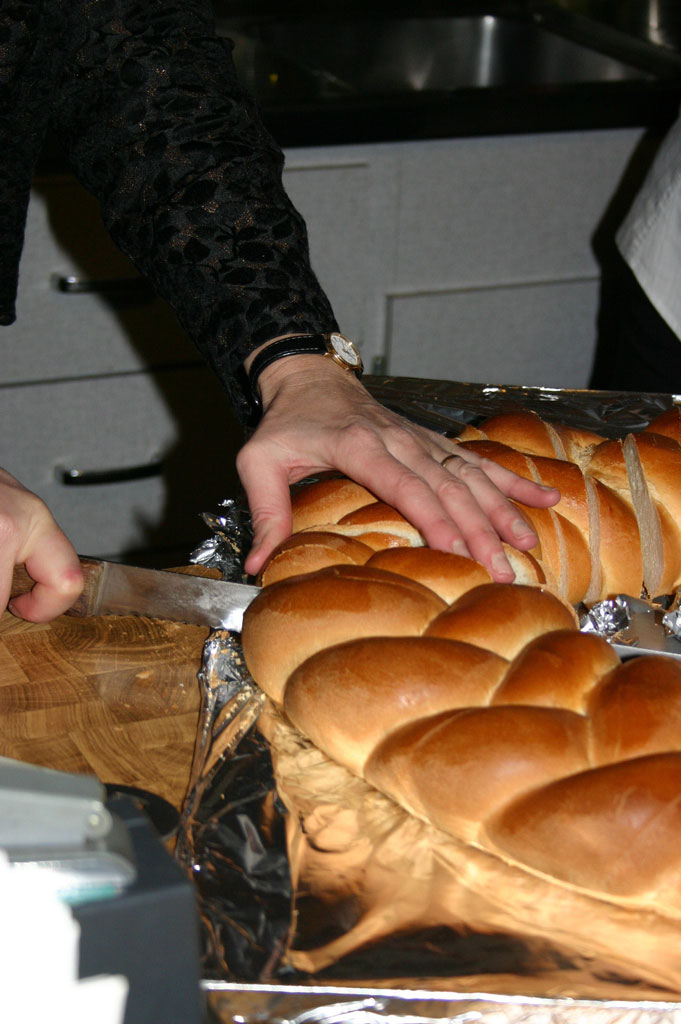 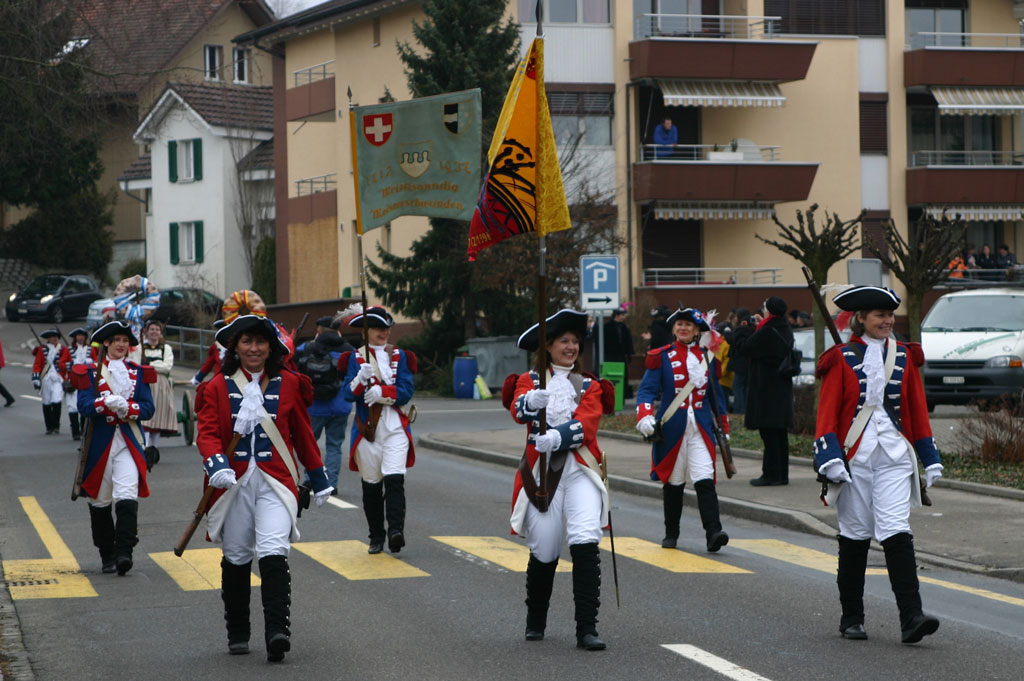 The Battle of Villmergen group in the 2008 parade with two plaited loaves in the background © Priska Lauper, 2008 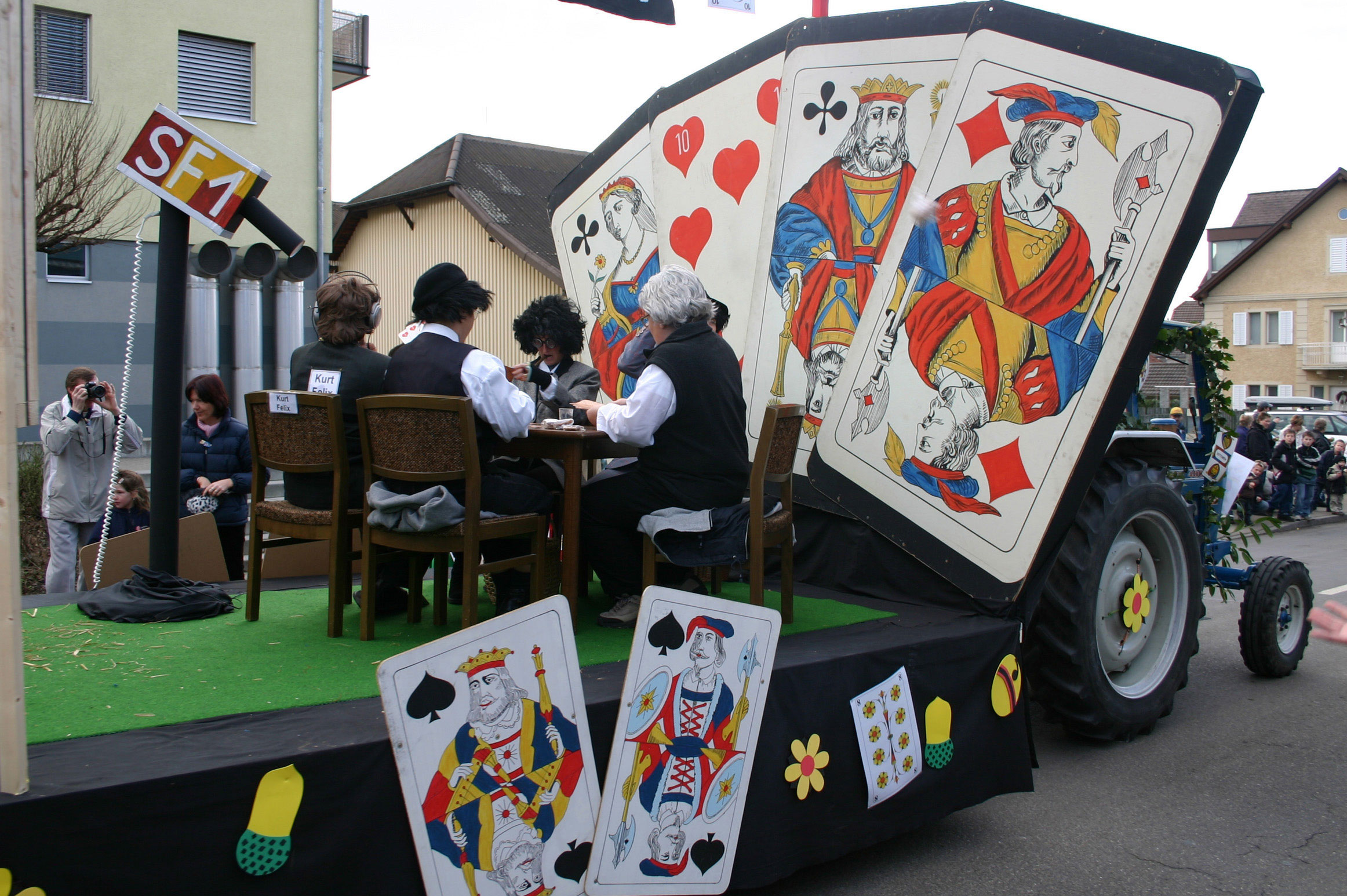 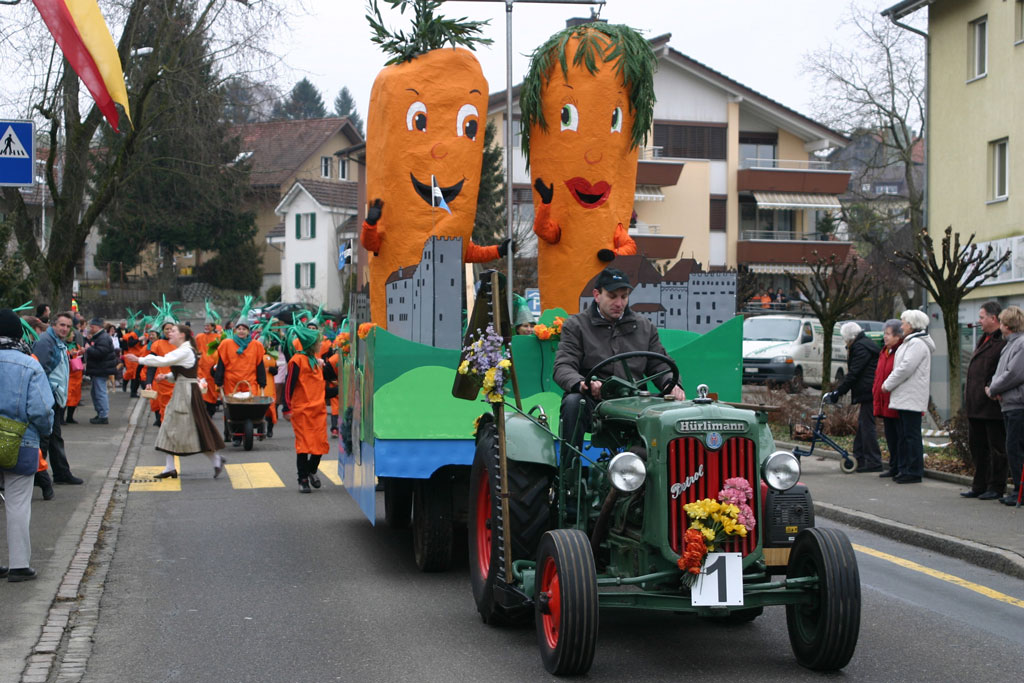 Meitlisonntig, or Girls' Sunday, is a three-day period in Fahrwangen and Meisterschwanden during which the women rule over the men. The custom dates back to the Battle of Villmergen in 1712, in which women made a successful contribution to the fighting effort. In return they were granted three days in command. Female drummers announce the start of the rule on the Thursday, drumming and walking through the streets. The Meitlisonntig associations hold a general assembly in each of the two villages, where about 100 women gather in elegant period dress. In groups they then set out to hunt down men, each group carrying a net made of hemp ropes. As a sign of the shift in power, the men are offered a glass of wine and the women ask the men to dance. Captured men are carried to the next restaurant, where they are given the chance to buy back their freedom. On the Sunday groups of masked women provide for entertainment in local restaurants, again asking the men to dance. Every four years there is a large procession which starts in Fahrwangen and makes its way to Meisterschwanden. The custom is brought to a close when a large ring of plaited bread (diameter of one metre and a half) is shared out to the men, symbolising the return of power to them. The culmination of the custom is the midnight polonaise in the restaurants of the villages.