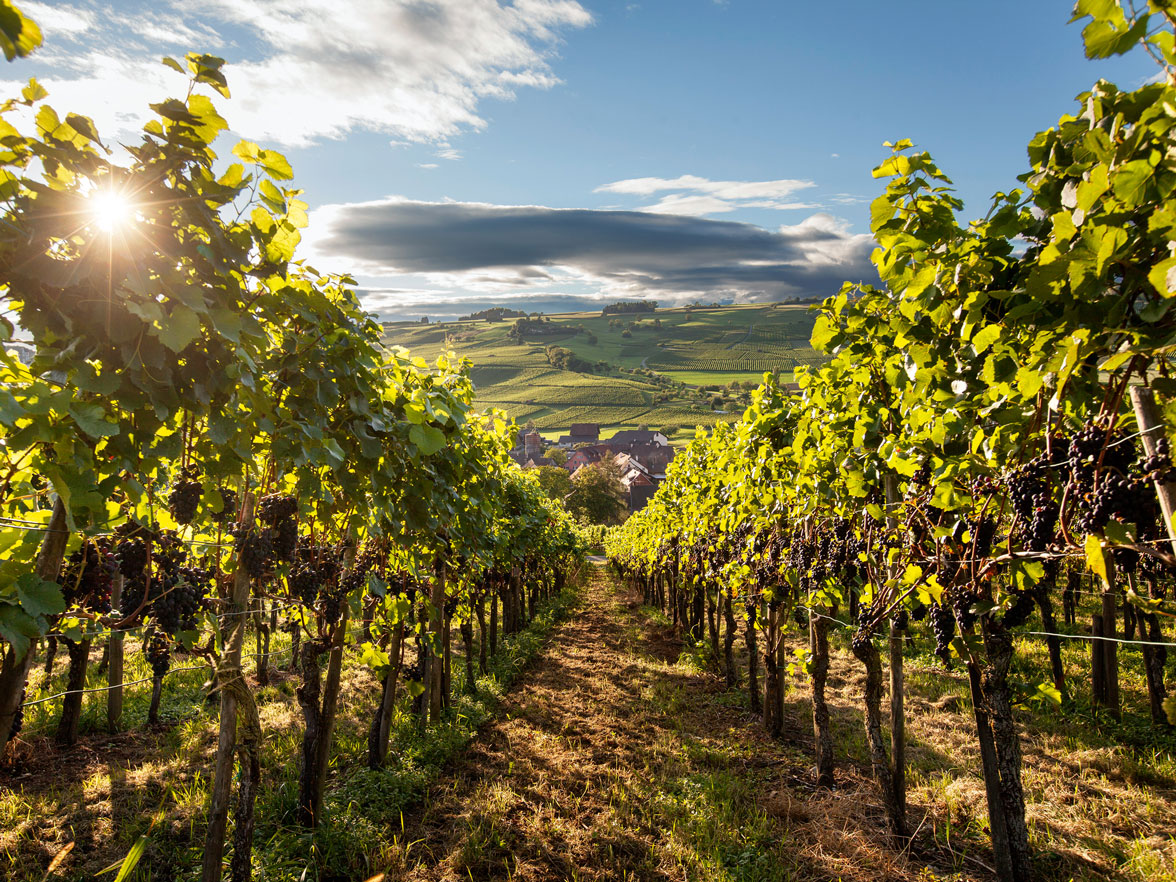 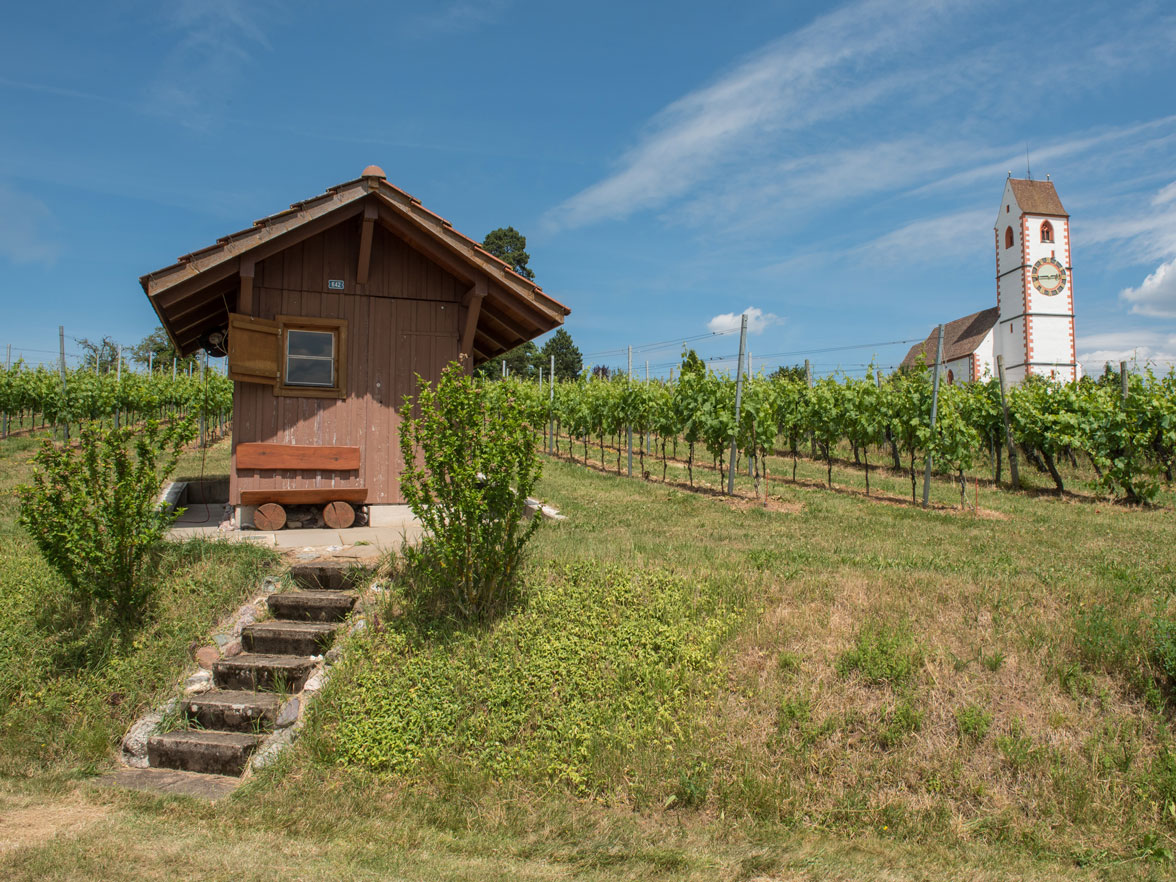 Vineyard with a little wooden storehouse below the church of St. Moritz in Hallau (2017) © Schaffhauserland Tourismus 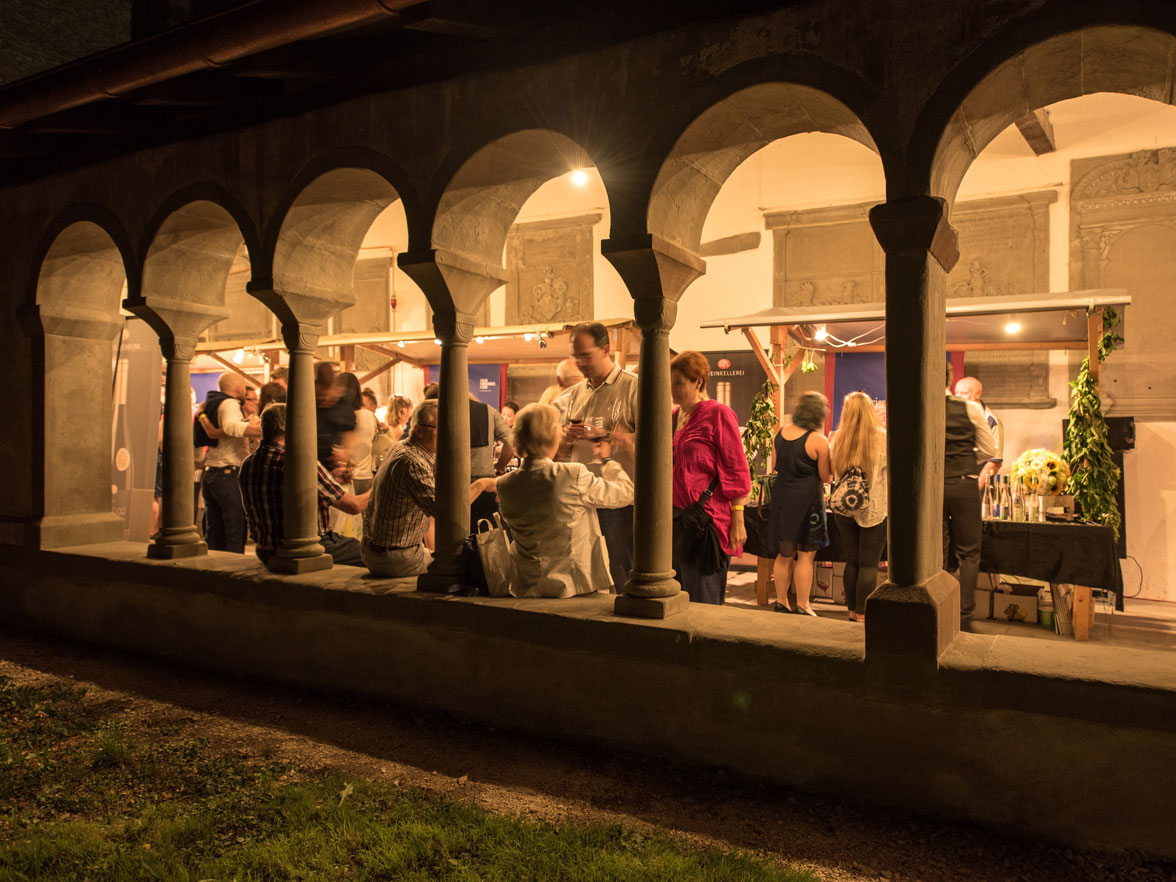 ‘Schafuuser Wiiprob’ (tasting of wine from Schaffhausen in the cloister of the former Allerheiligen monastery (Schaffhausen, 2017) © Schaffhauserland Tourismus 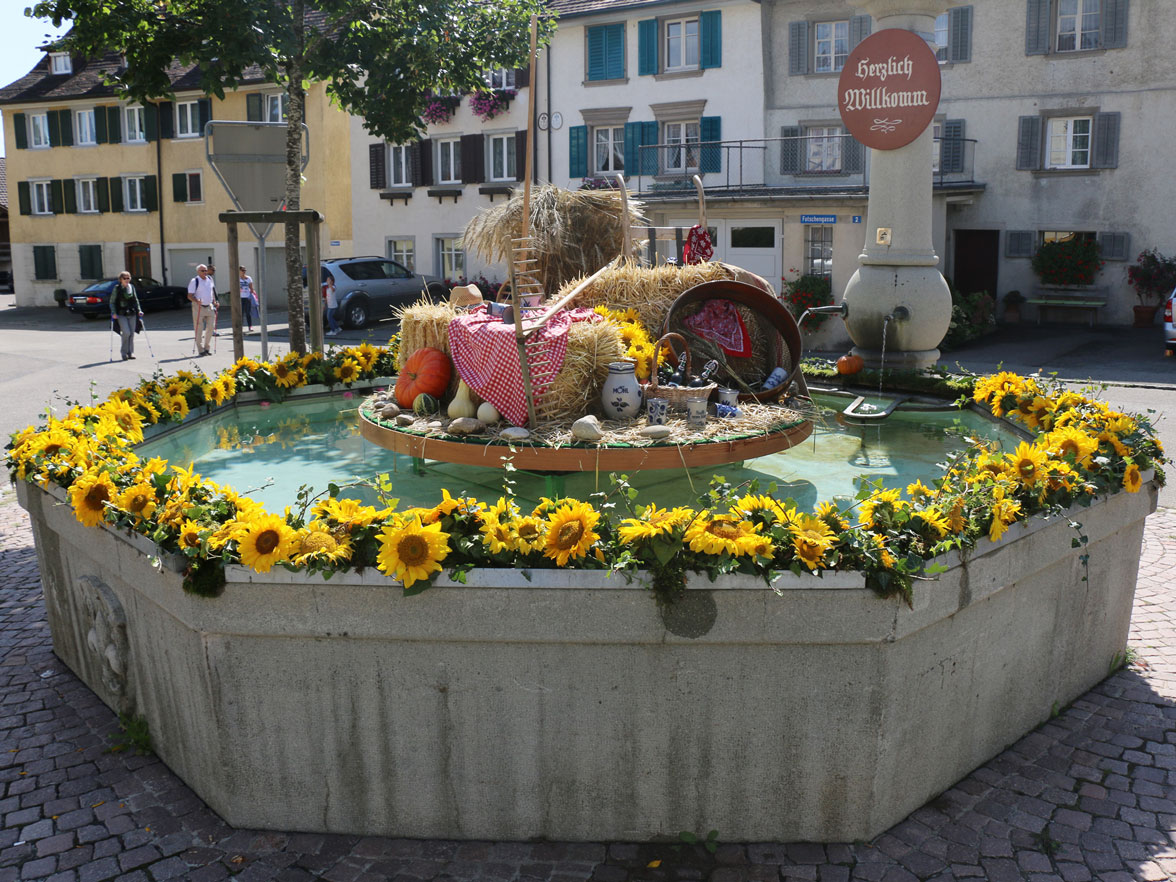 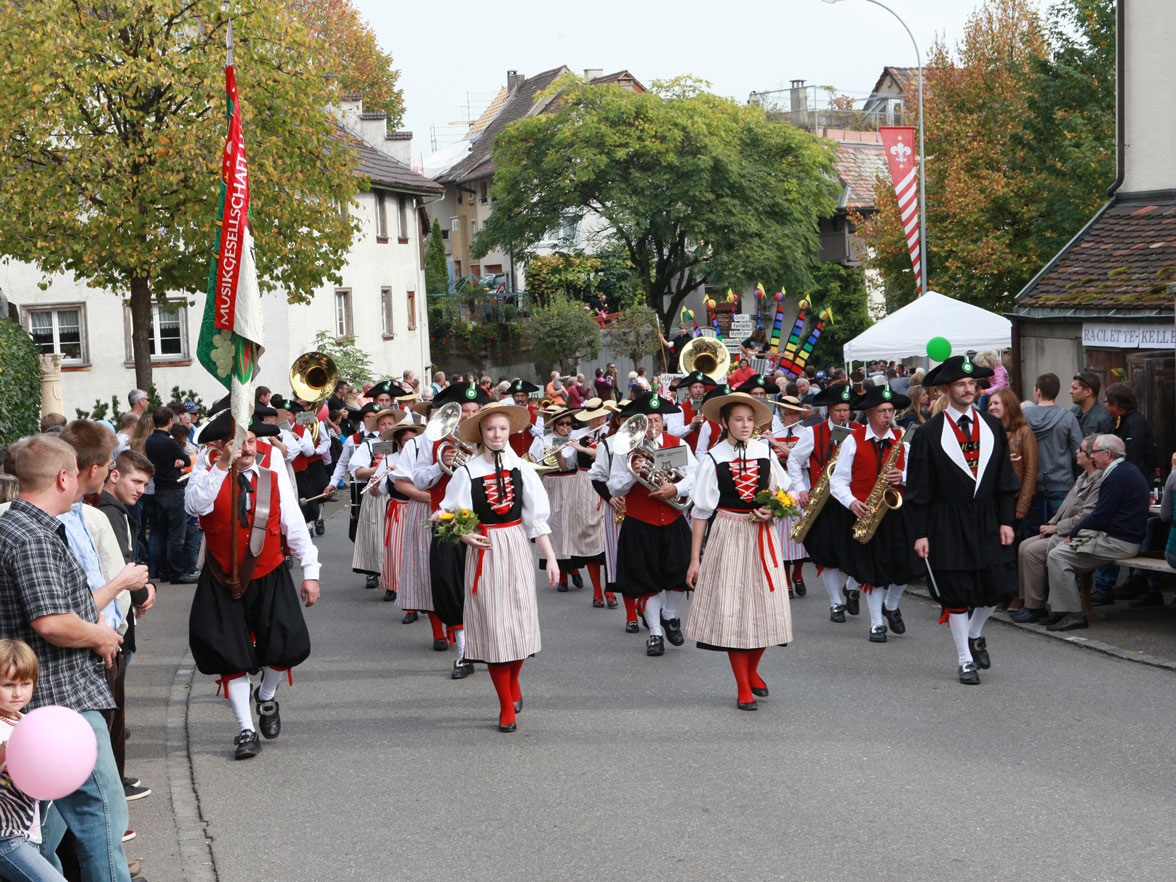 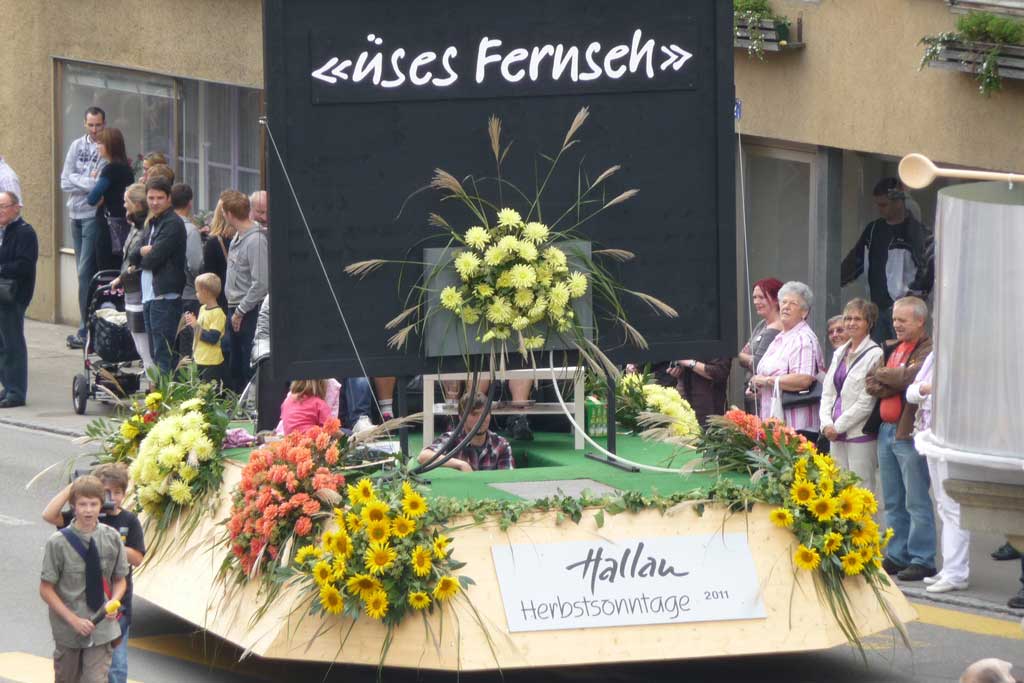 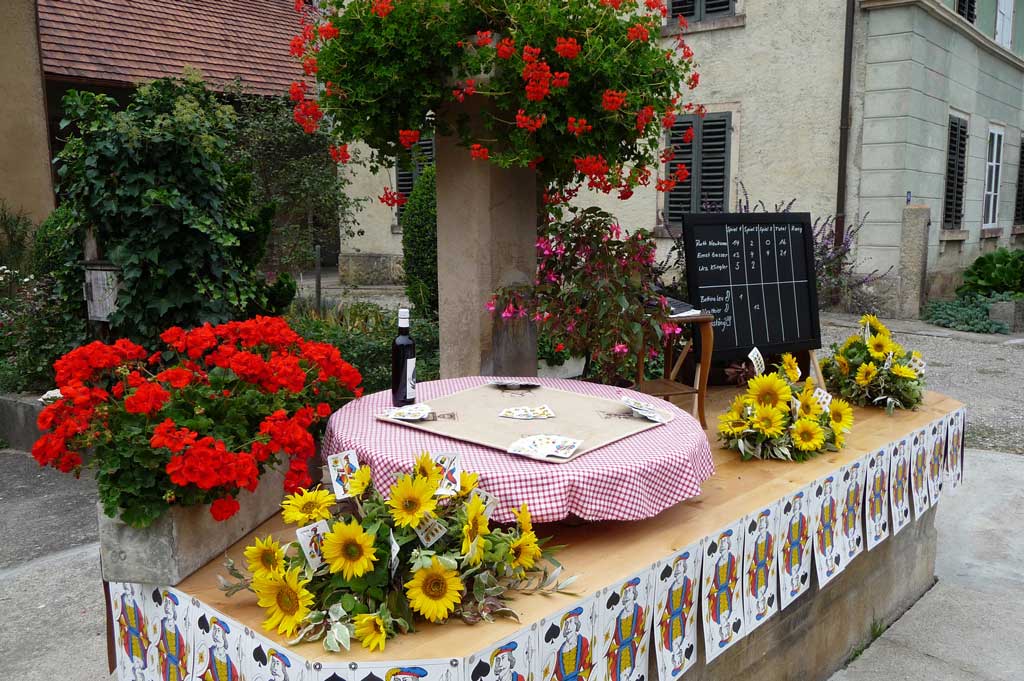 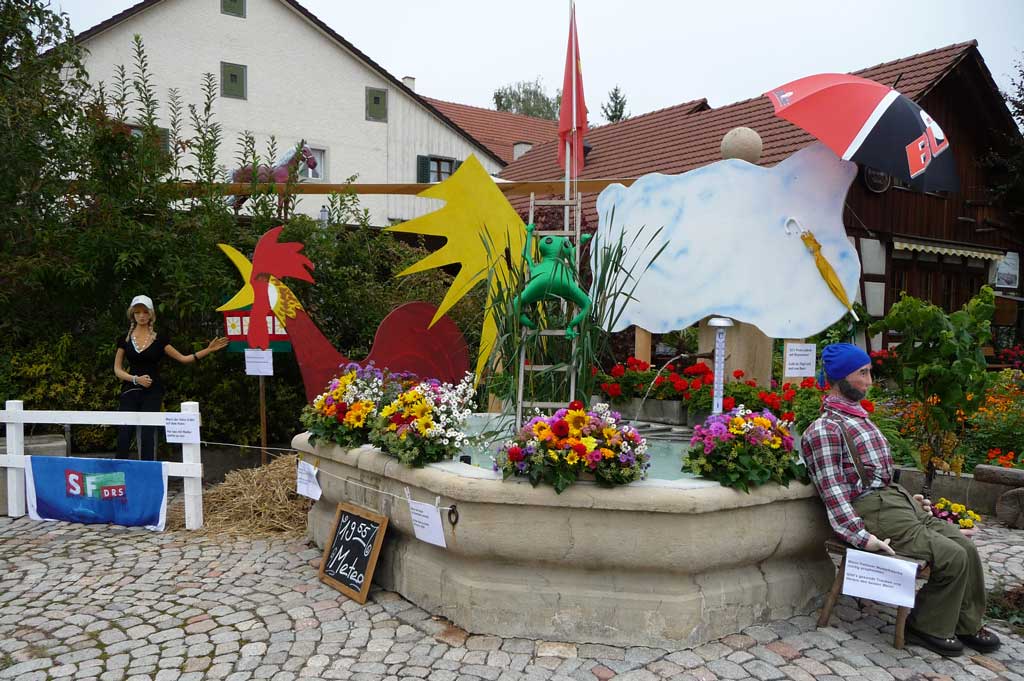 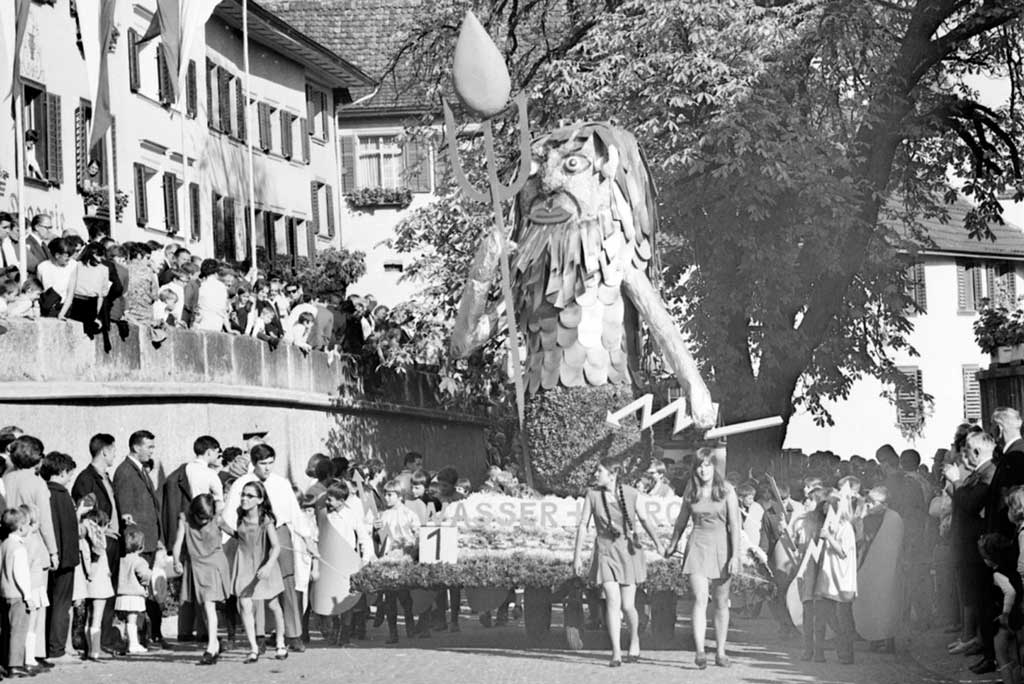 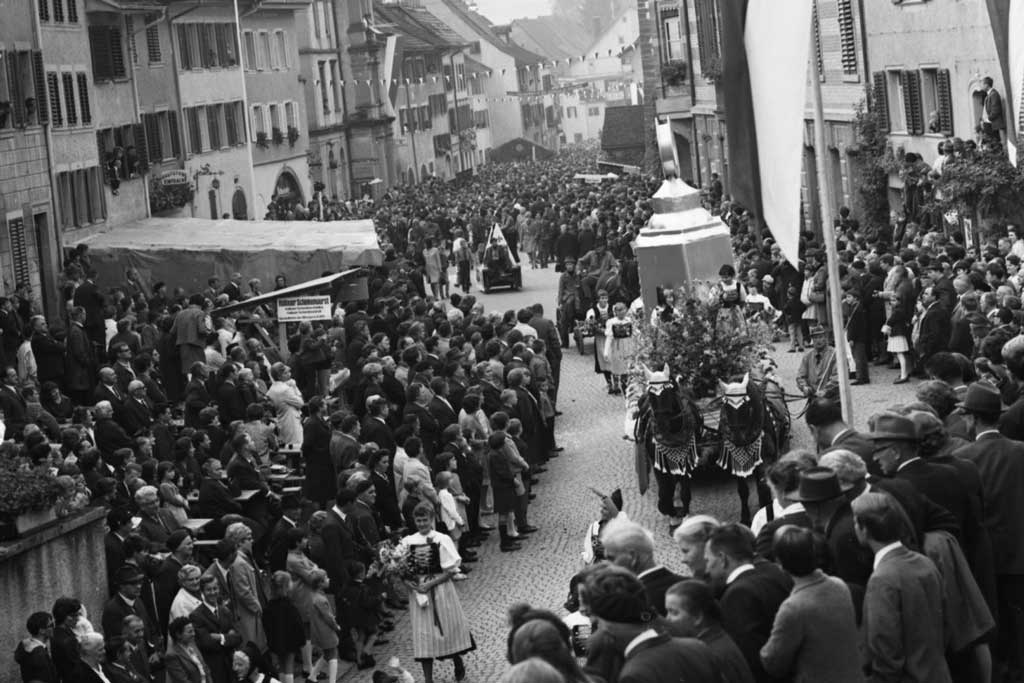 The Schaffhausen tradition of viticulture and wine production dates back centuries and makes the canton the second largest winemaking area after Zürich of German-speaking Switzerland. Today, vintners across twenty municipalities produce wine on an area of approximately 500 hectares, generating an average harvest value of 15 million Swiss francs. In 2002, vineyard owners, vintners and the professional association “Schaffhausen Wine” relaunched the area as a wine region by starting the “Schaffhauser Blauburgunderland” project, named after the Pinot Noir grape.

The winemaking in the region gives rise to a large number of wine festivals. Between the beginning of September and the beginning of October, autumn festivals are celebrated in the six large wine-growing communes - Hallau, Wilchingen-Osterfingen, Siblingen, Löhningen, Gächlingen und Trasadingen - which together attract up to 50,000 visitors. The oldest and best known was the Hallau Autumn Sundays festival, today called the ‘Hallaugia’. The origins of the event date back to the autumn fairs and wine festivals that began in 1935.