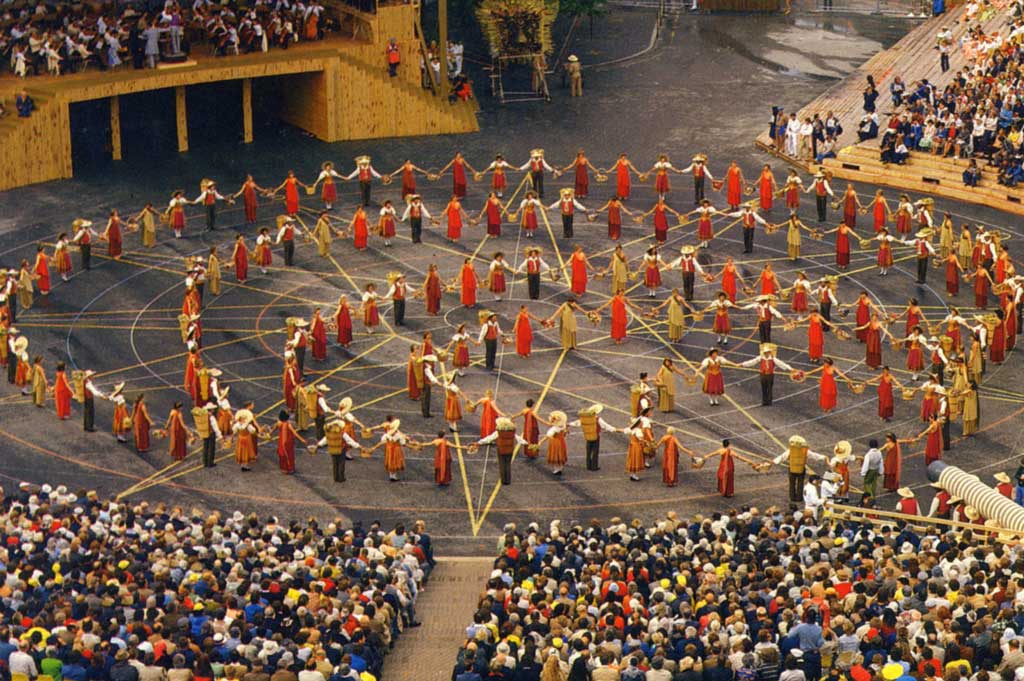 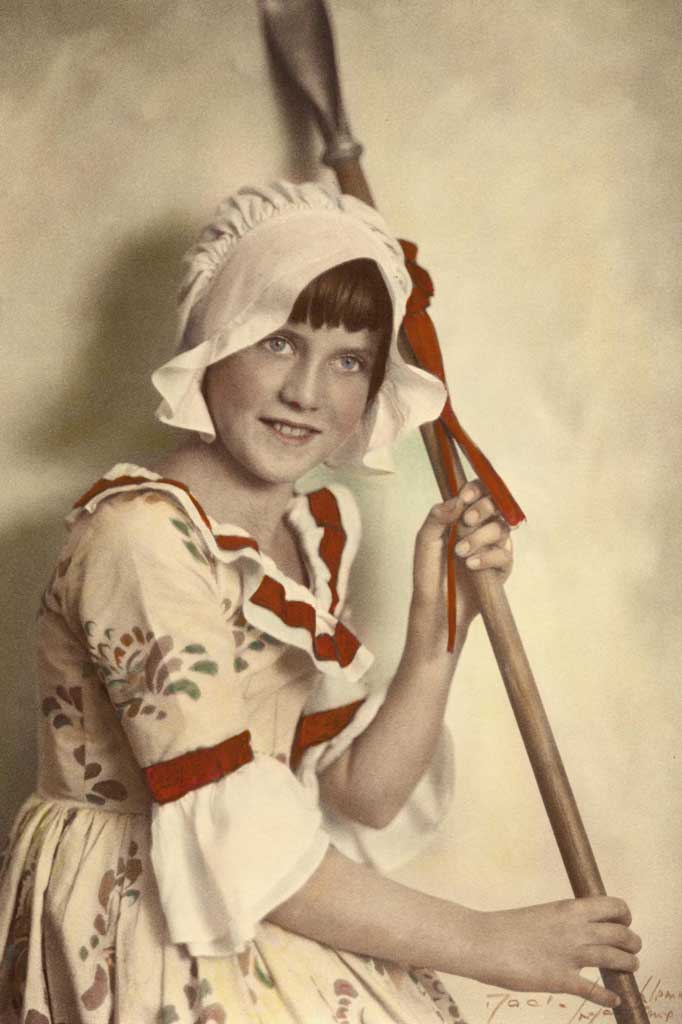 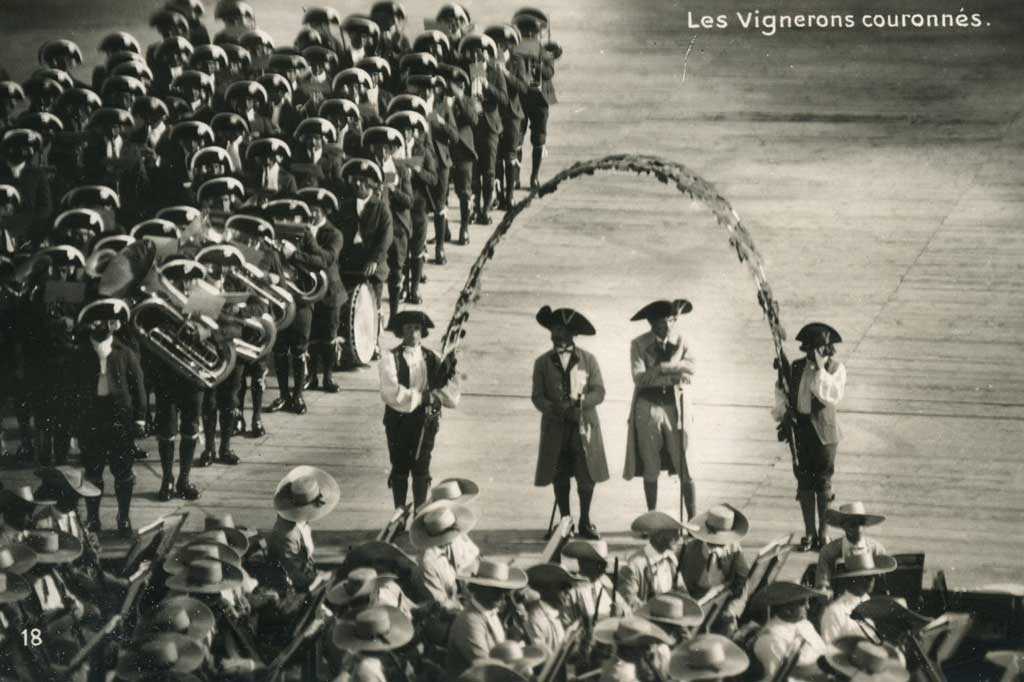 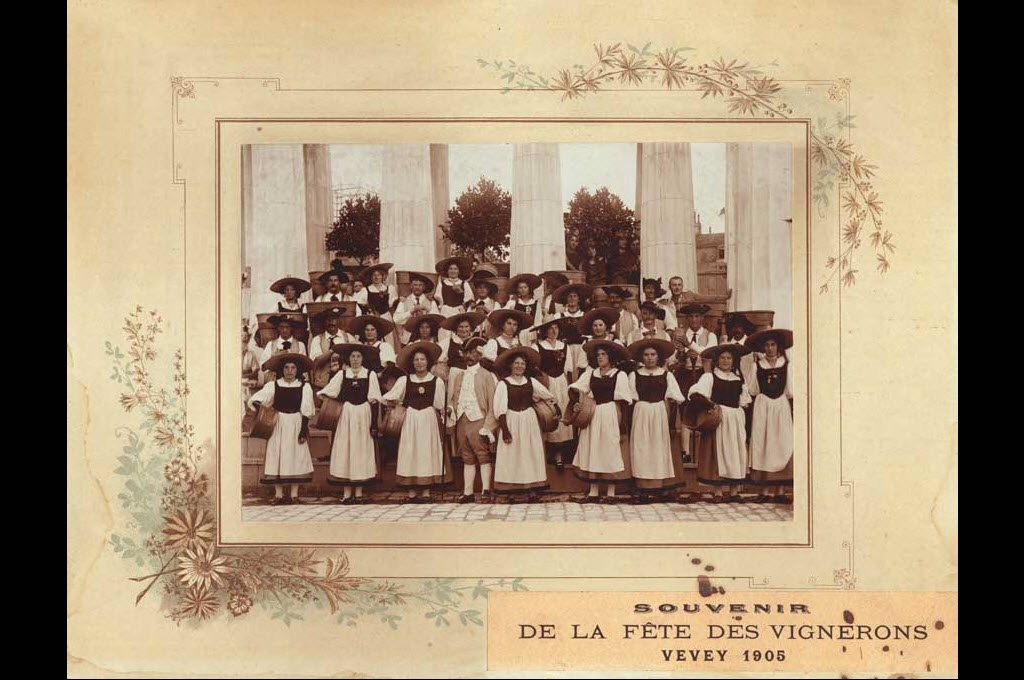 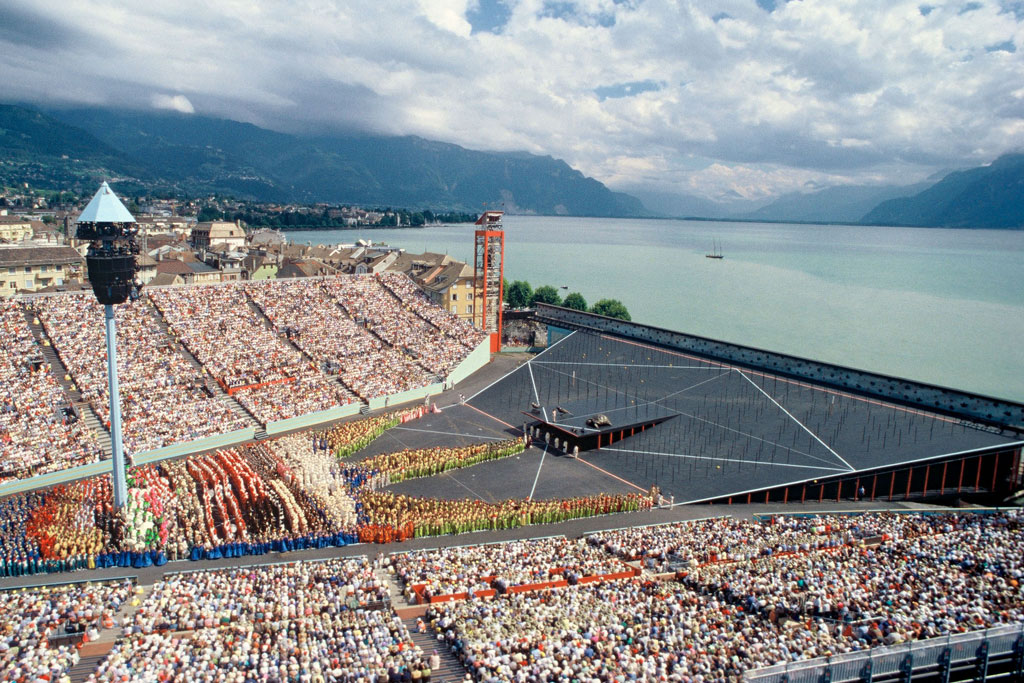 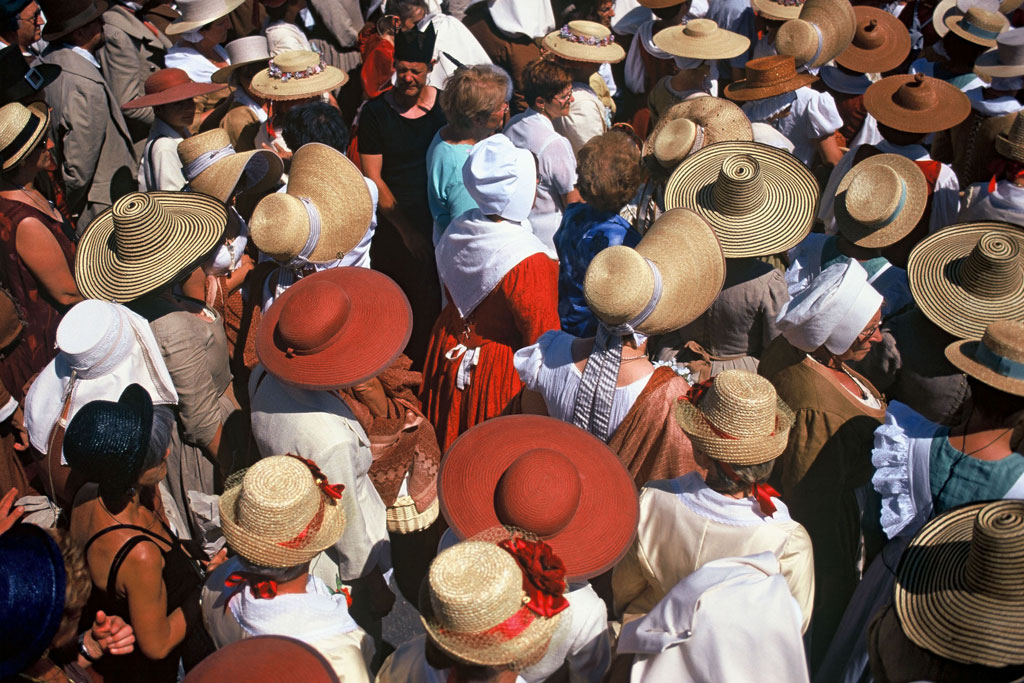 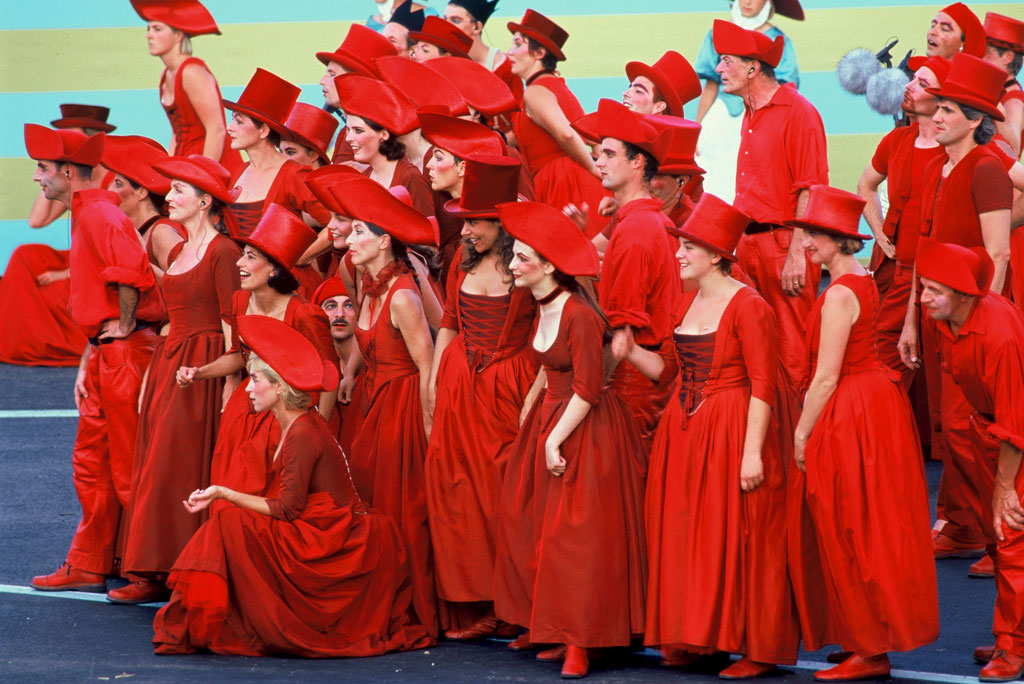 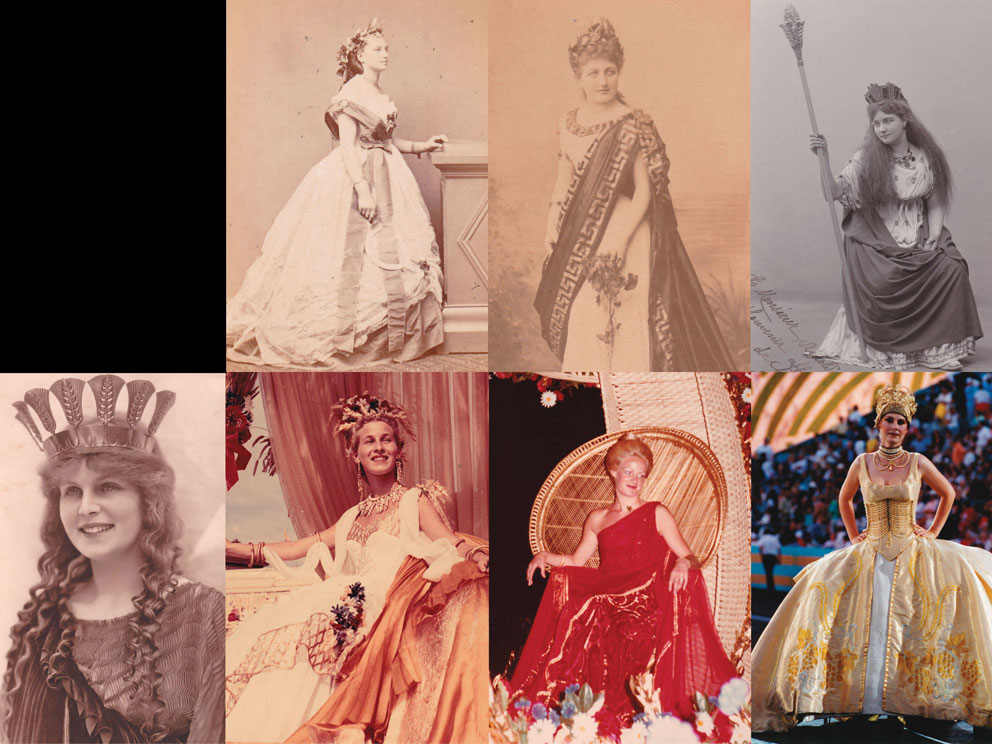 About five times a century, Vevey is transformed into a giant outdoor theatre to celebrate the crafts of grape growing. The particular timing of the festival seems to reflect the life of a grape vine and the length of a human generation. This festival that exceeds all bounds is organised by the Confrérie des Vignerons, a society that dates back to medieval times when vineyard owners joined forces to ensure the quality of the work done on their lands. From 1772 onwards, the society decided to honour the best wine-growers with an award. The first public award ceremony was held in 1797, and was the first grape harvest festival as we know it today. Although the festival continues to honour farming and winemaking traditions, it is no longer the pious procession of old. It has become a secular celebration of human toil and the fertility of nature, drawing on pagan allegories and Judeo-Christian costumes and symbolism (for example, autumn is represented by Bacchus). It also provides depictions of all occupations relation to working with the soil, and features a multitude of creatures like fawns and bacchantes, not to mention high priests and priestesses. Since the 19th century, the festival has been a veritable artistic extravaganza, involving poets, musicians and choreographers, and has held a special place in the hearts of the people of Vaud. For ten years they work on preparing the next festival, and then look back fondly on the one that went before during the next decade. Some 5,000 people took part in the festival back in 1999. The last festival was held from 18 July to 11 August 2019.