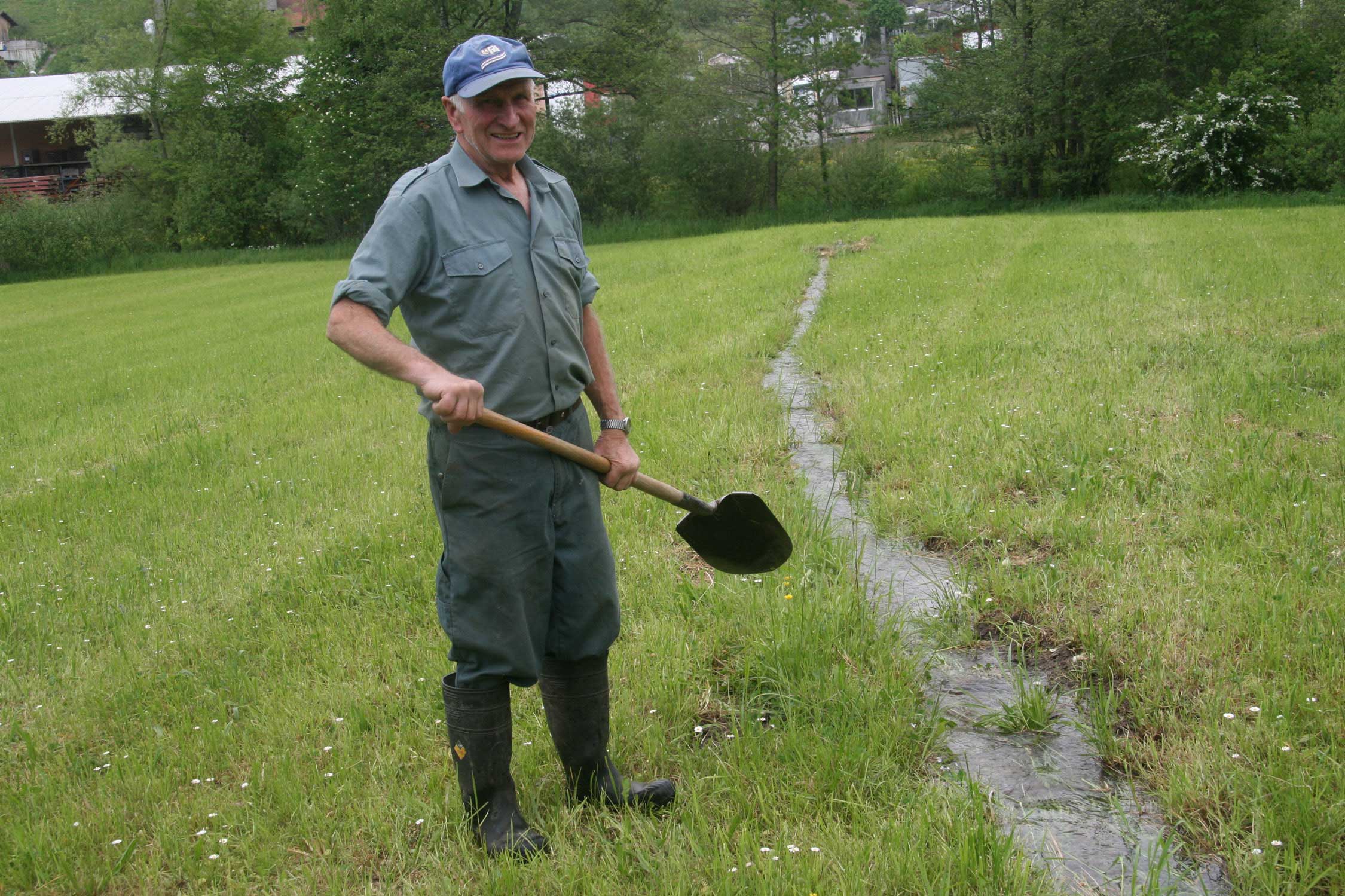 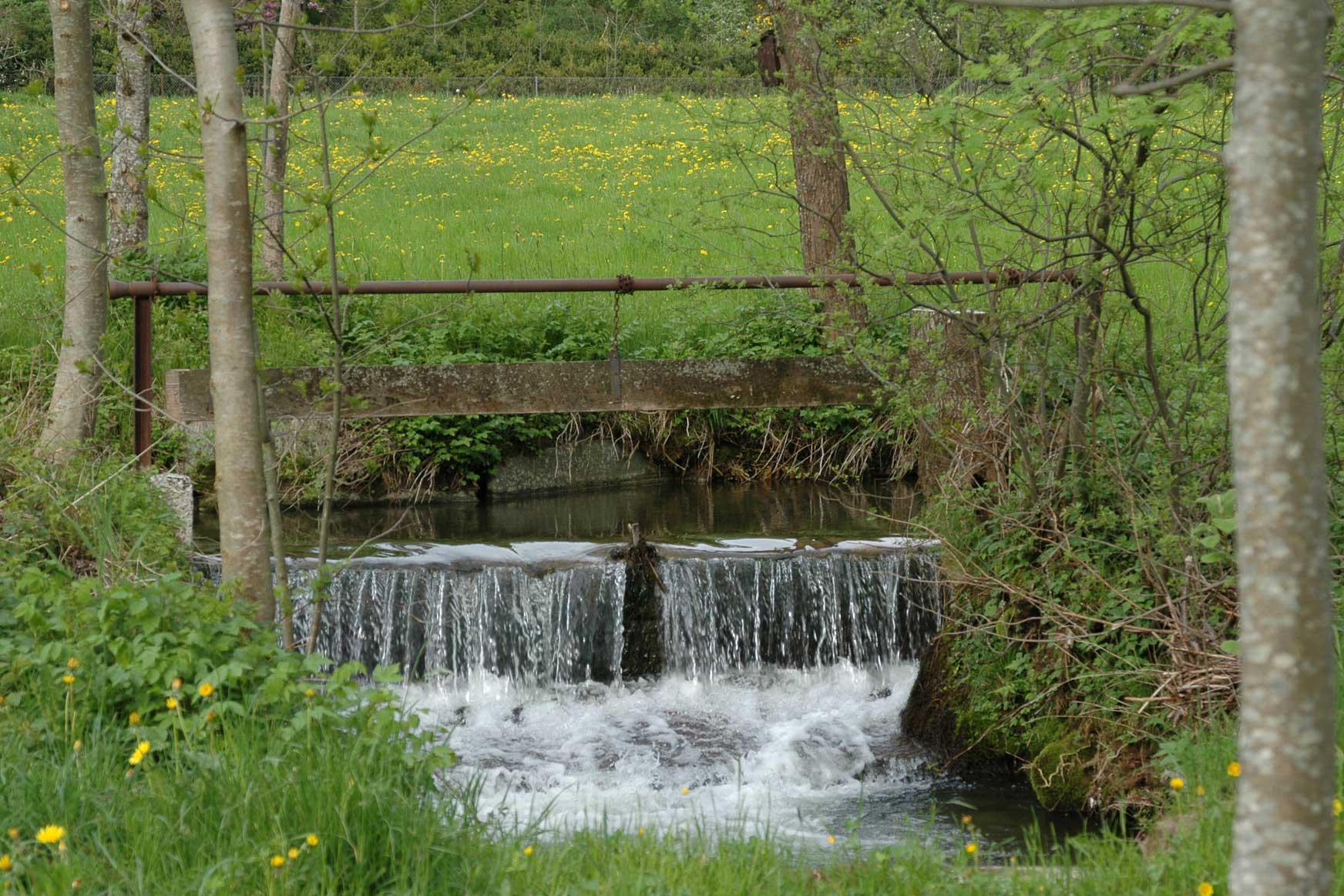 A rock sill in the Rot in the spring © Werner Stirnimann, 2006 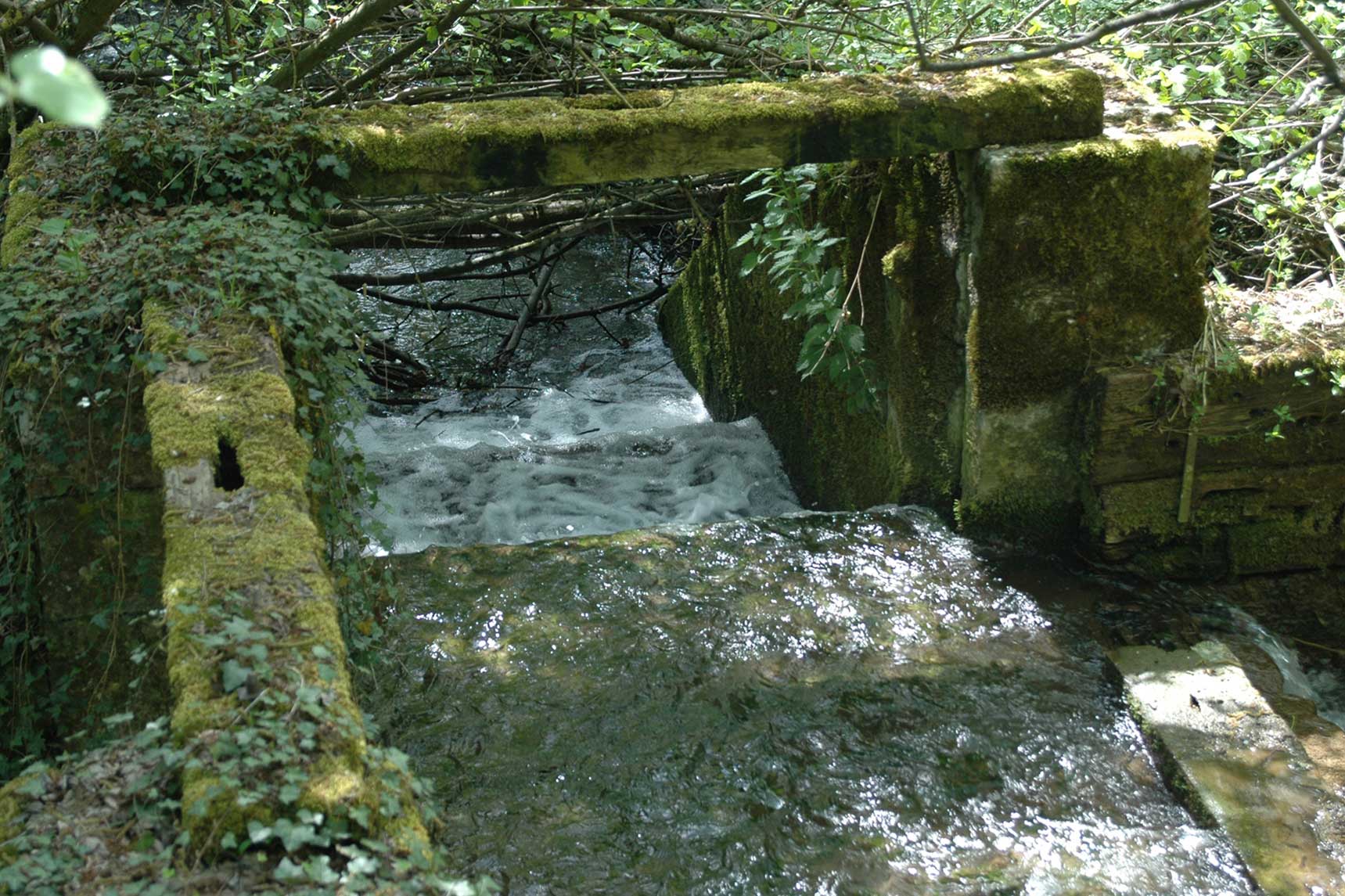 An old distribution structure on the Rot © Werner Stirnimann, 2009 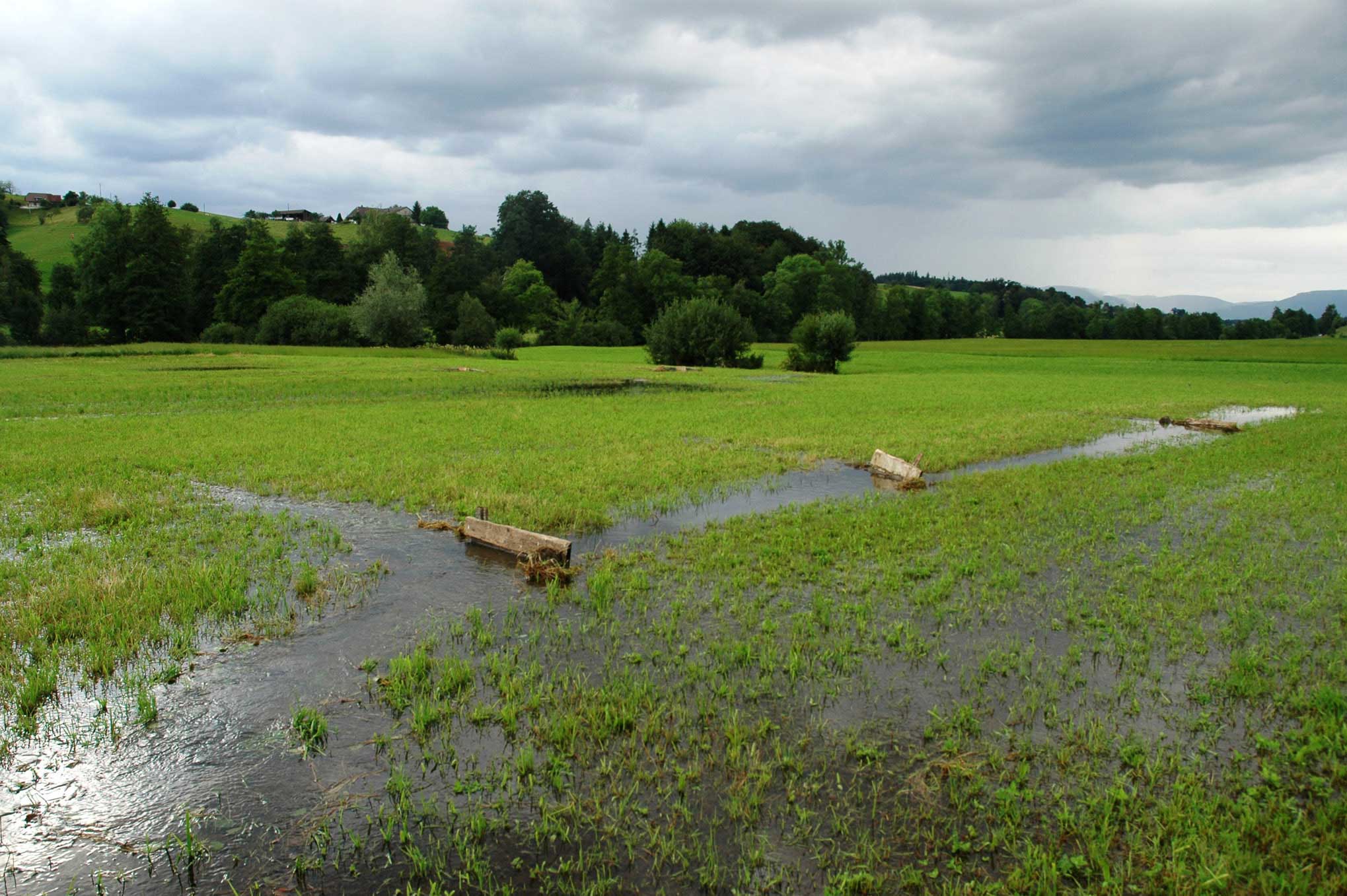 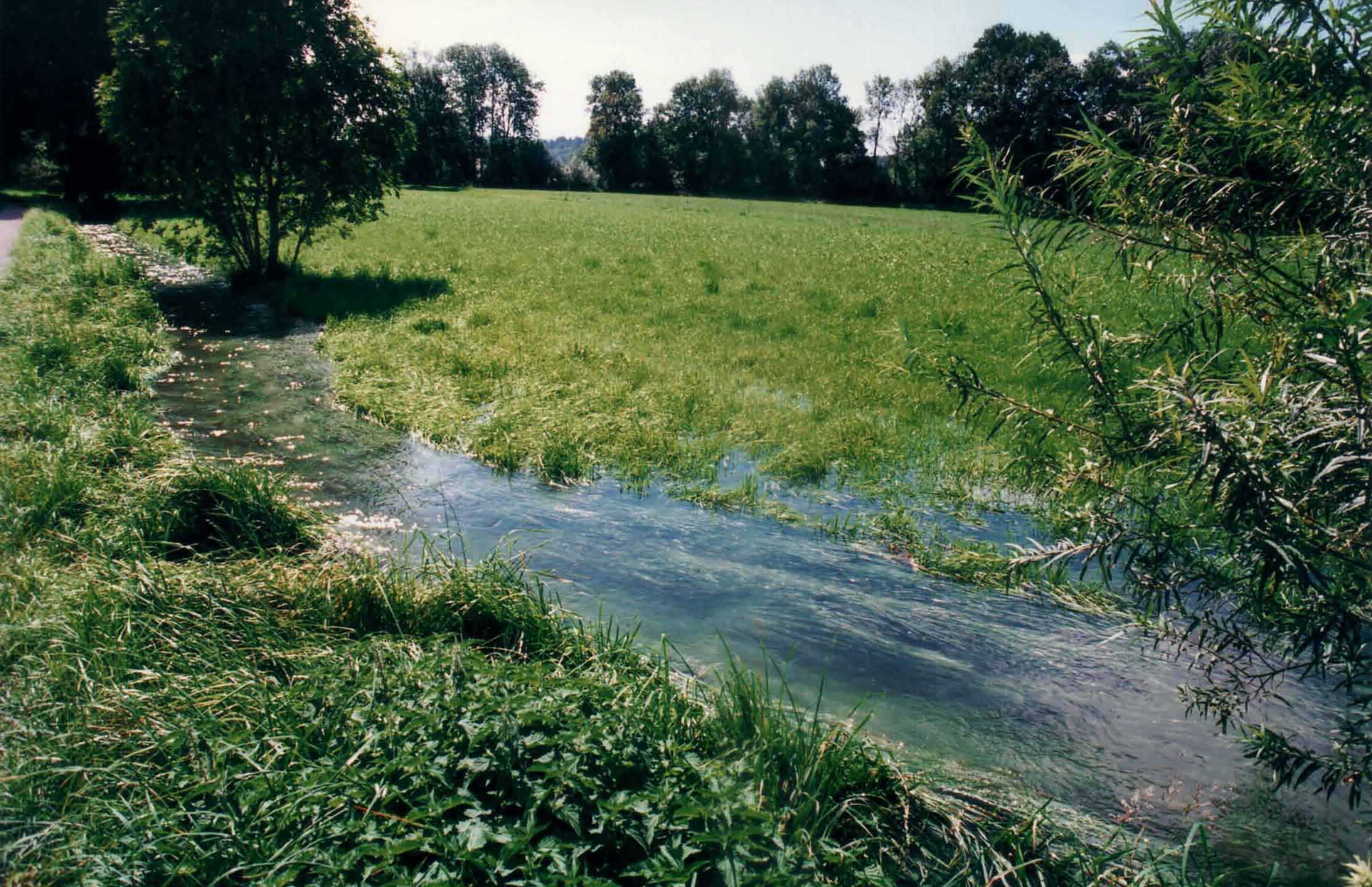 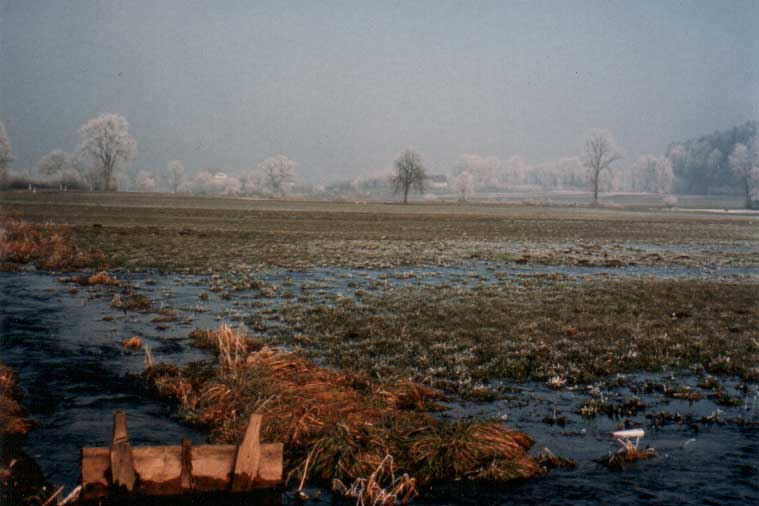 A Wässermatte in the winter © Valentin Binggeli, Bleienbach 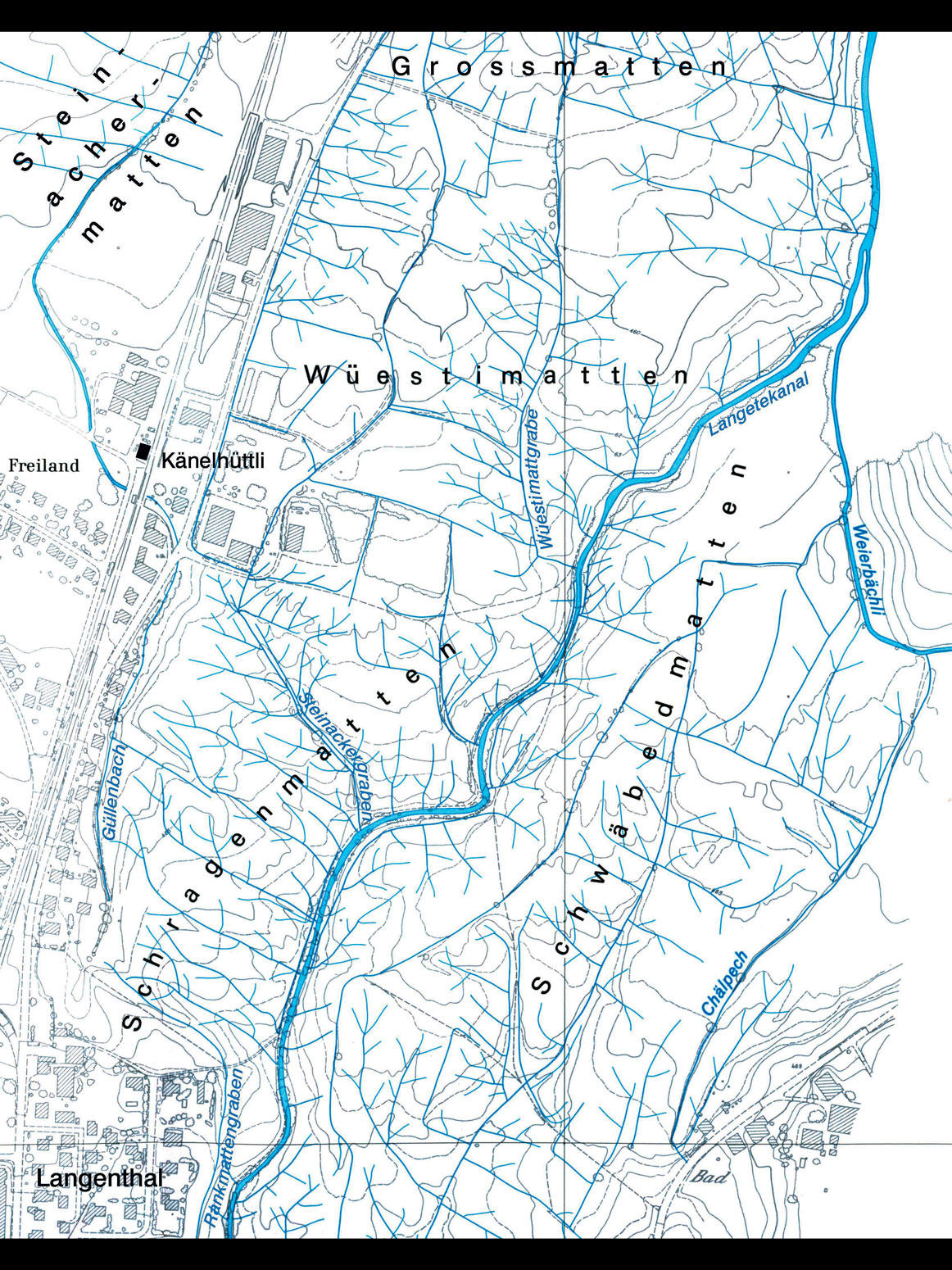 Extract from the photogrammetric map of the Langeten Valley © Christian Leibundgut

The Wässermatten in the Langete, Oenz and Rot river valleys of Oberaargau are the last remaining examples of a cultural practice of cooperative meadow irrigation and fertilisation that was once widespread in the Swiss Central Plateau. The practice was promoted in the 13th century by the Cistercian monks of the St. Urban monastery as part of a soil enrichment campaign. Extensive networks of canals and ditches, dams and central irrigation channels with "Brütschen" (floodgates), side channels with "Ablissen" (water outlets), "Wuhren" (weirs) and small dams made of planks were constructed. The Wässermatten were irrigated several times a year and simultaneously fertilised by manure contained in the water. The main ditches were jointly maintained by members of the Wässermatten cooperatives, while the side ditches were looked after by private individuals. The protection of the banks is still ensured by the riparians. Today, the maintenance of public waters is generally the responsibility of the municipalities. The irrigated meadows are an example of the traditional knowledge of nature management and the collective forms of organisation
In 1983, the Wässermatten were included in the Federal Inventory of Landscapes and Natural Monuments of National Importance.