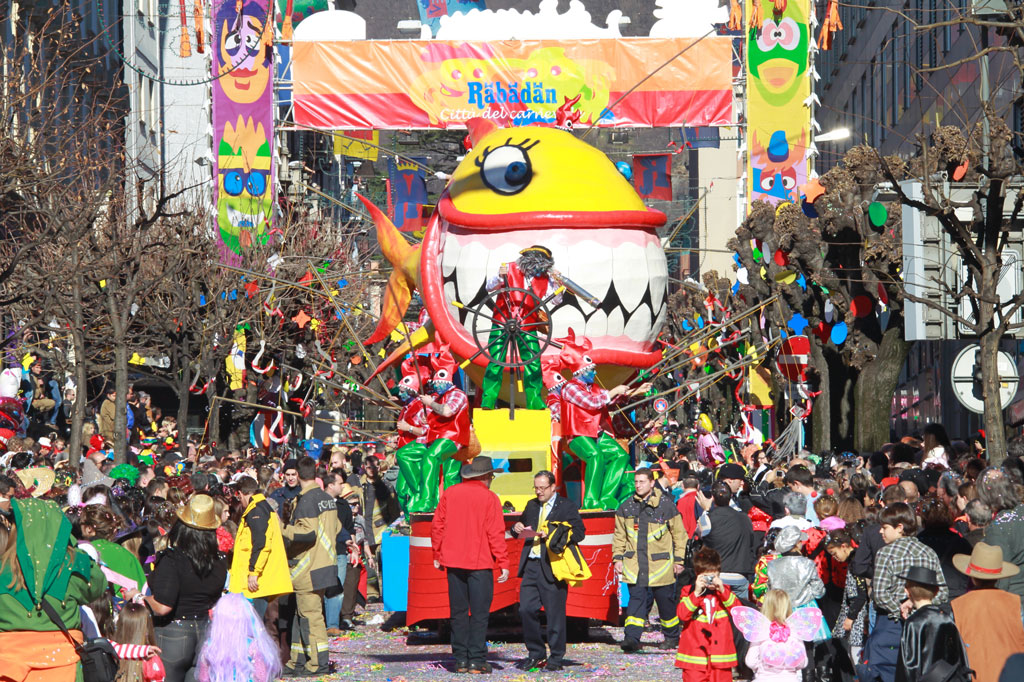 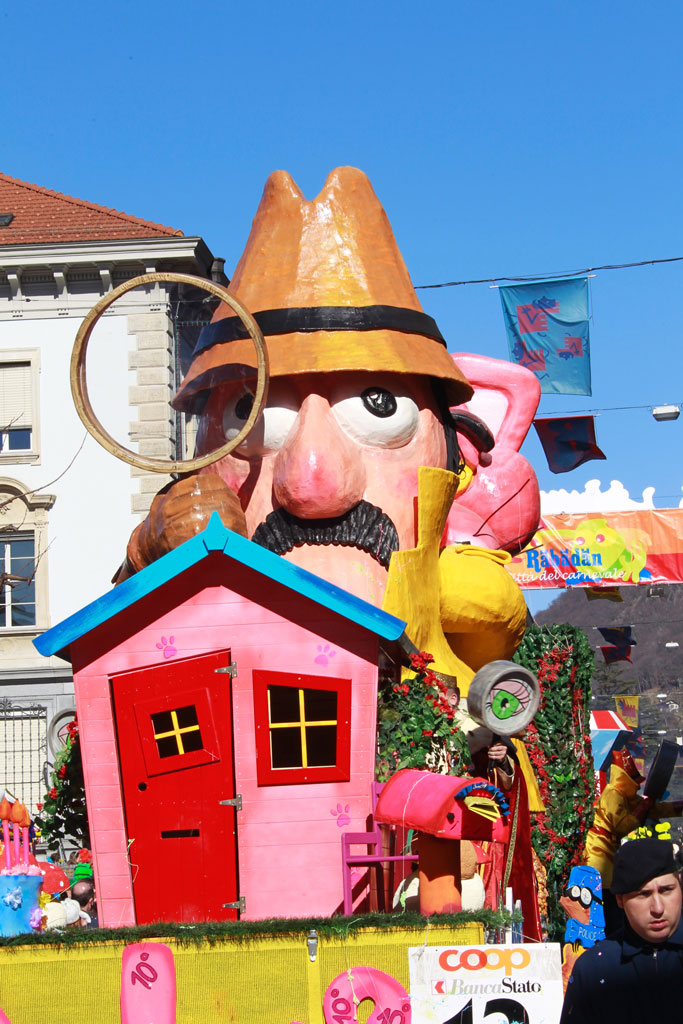 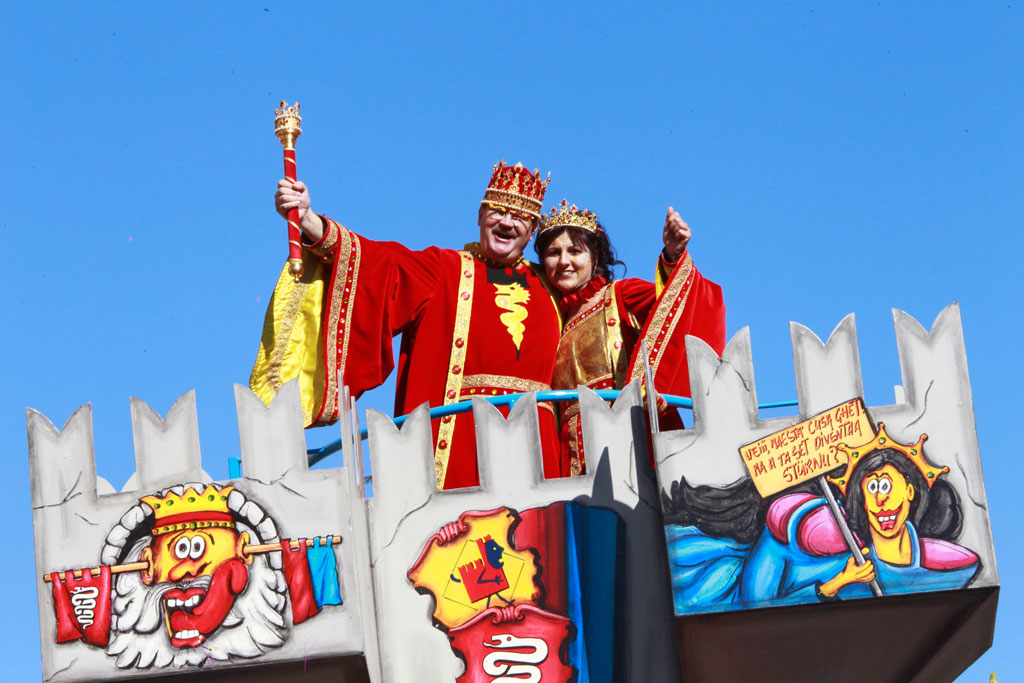 King Rabadan and his queen on their float in the Sunday procession © Massimo Pedrazzini, 2011 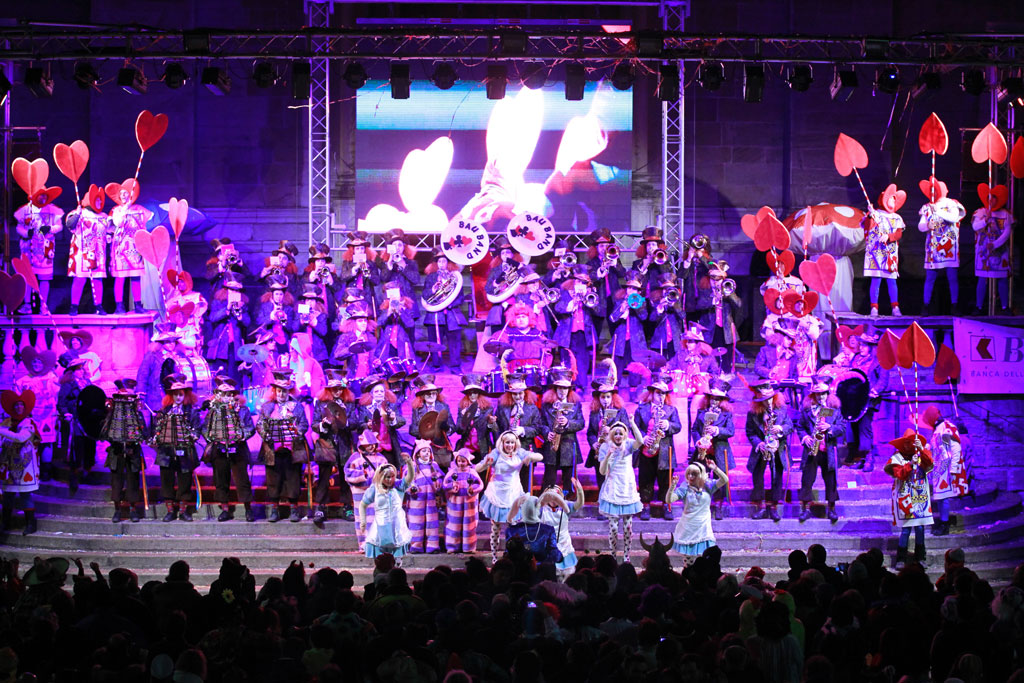 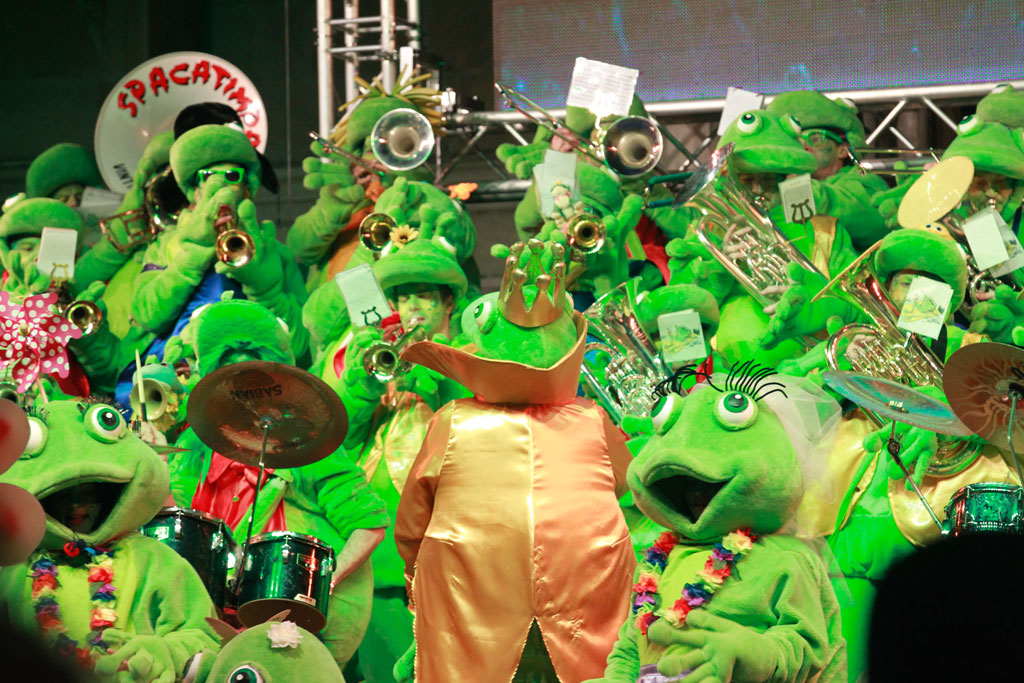 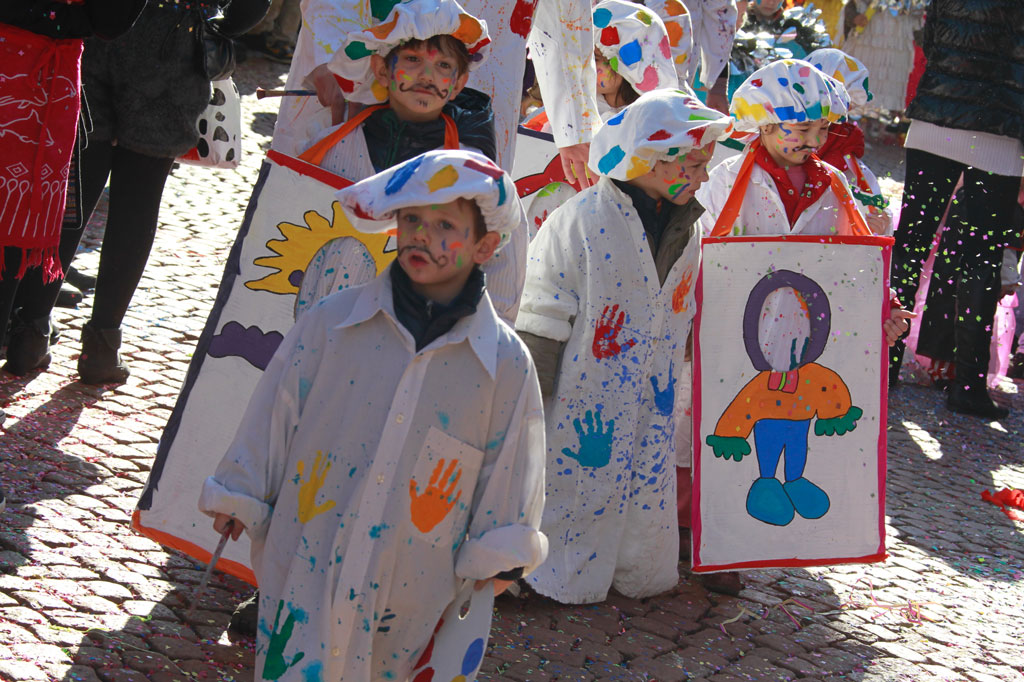 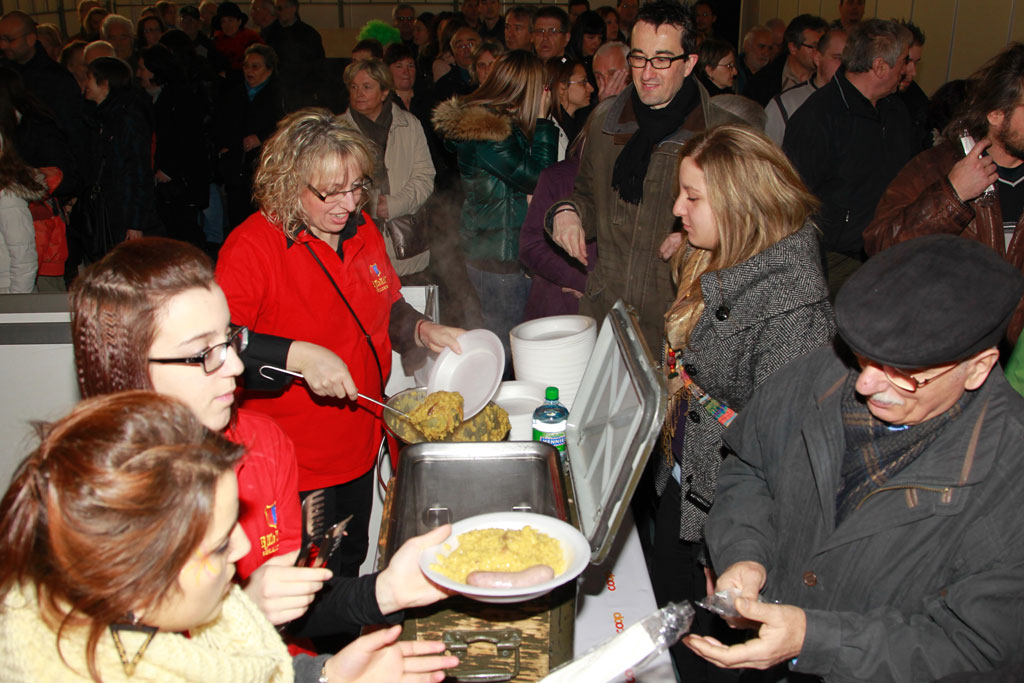 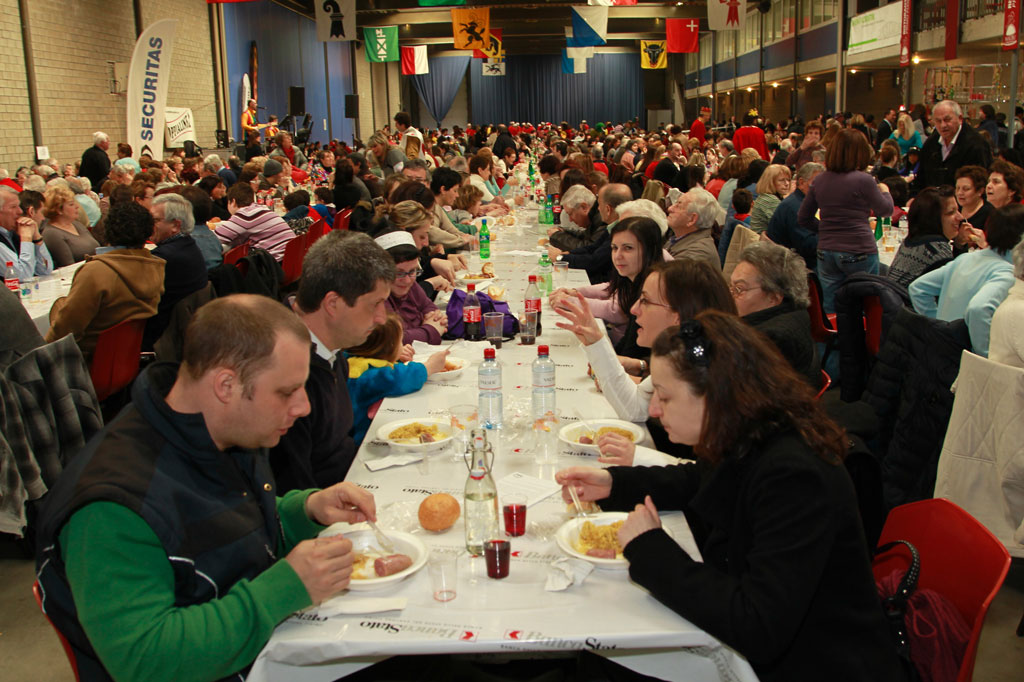 Bellinzona’s carnival, known in the local dialect as Rabadan, is the biggest in Ticino. Every year, a range of attractions draw in as many as 150,000 visitors. The festivities traditionally start on the Thursday evening with the mayor handing the keys to the city over to His Majesty King Rabadan and continue with a carnival band concert on the Saturday evening. The big parade follows on the Sunday afternoon, with 20,000-30,000 spectators lining the streets of the cantonal capital. The following Tuesday sees some 2,500 portions of risotto and luganighe pork sausage served up each year at the largest get-together for the general public. Carnival in Bellinzona has grown into a major event in recent decades. Since about 1990, Rabadan has taken over every street and piazza in the old town with marquees providing space for more than 40,000 guests. However, Bellinzona is by no means the only place in Ticino where carnival is celebrated. Besides the larger events organised in the main towns and cities, the canton plays host to over 130 local carnivals in all.