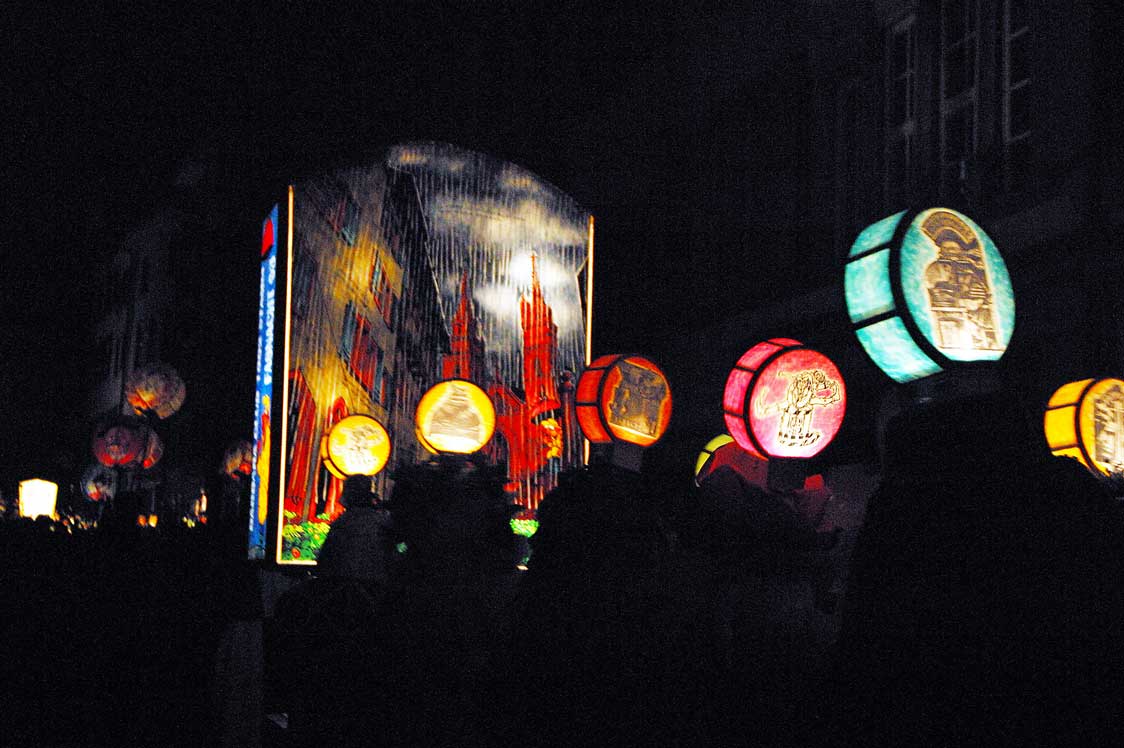 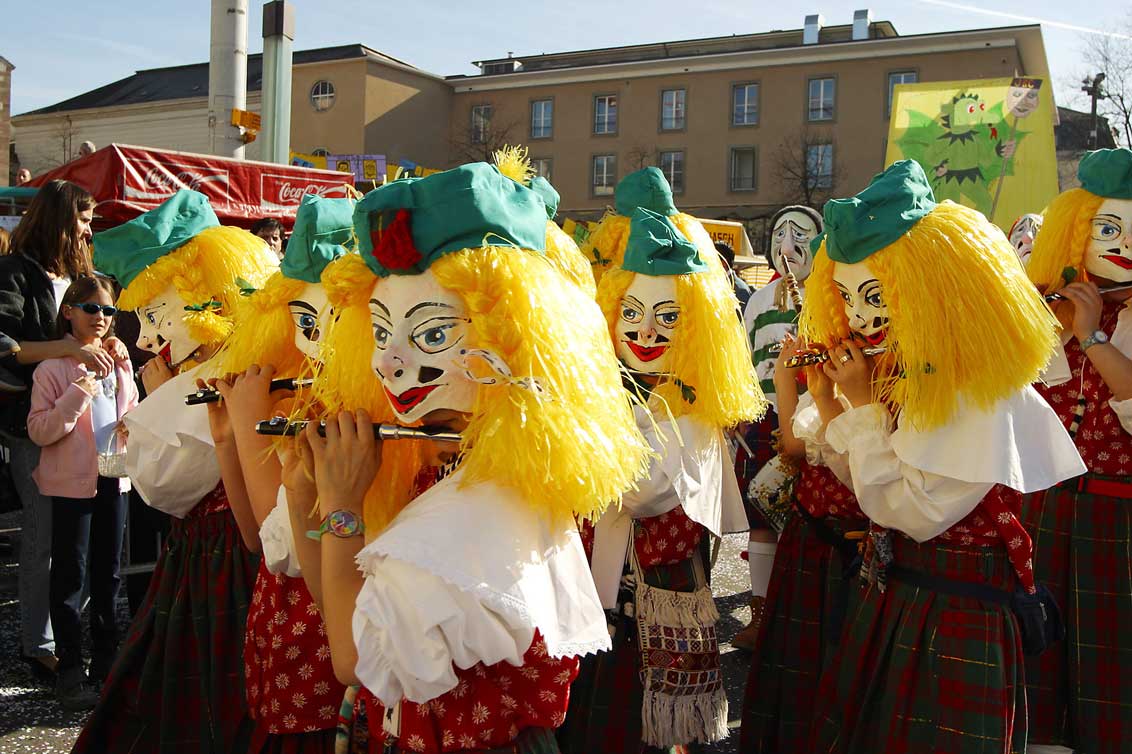 During the procession, the Basel 'cliques' address topical issues with a humorous touch, 2003 © Felix Jehle/picturebâle 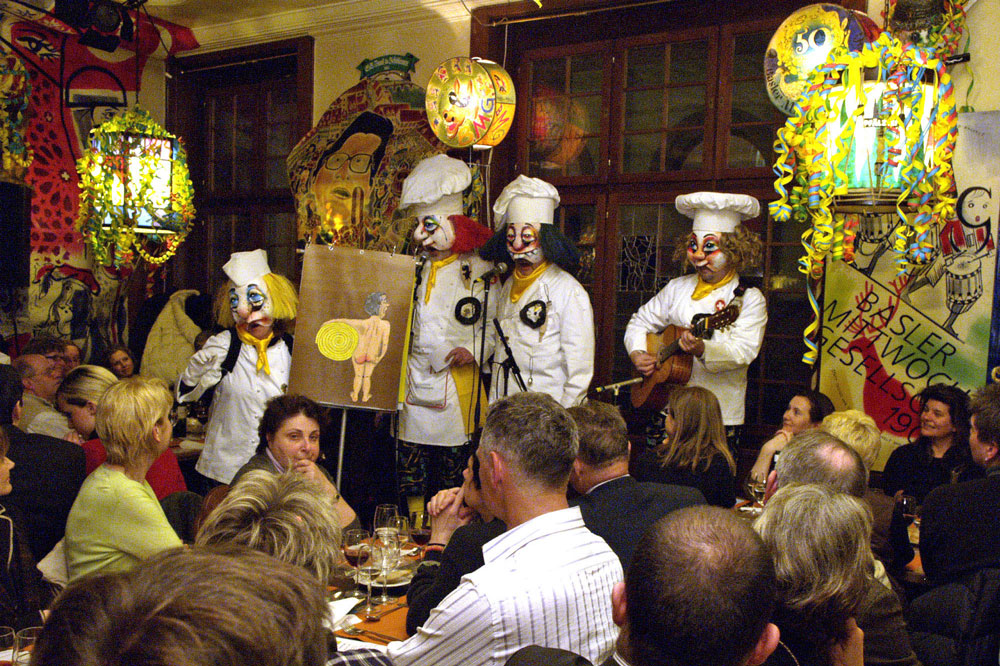 « Schnitzelbänke »: current events are reported on with a good helping of irony, 2006 © Claude Giger/picturebâle 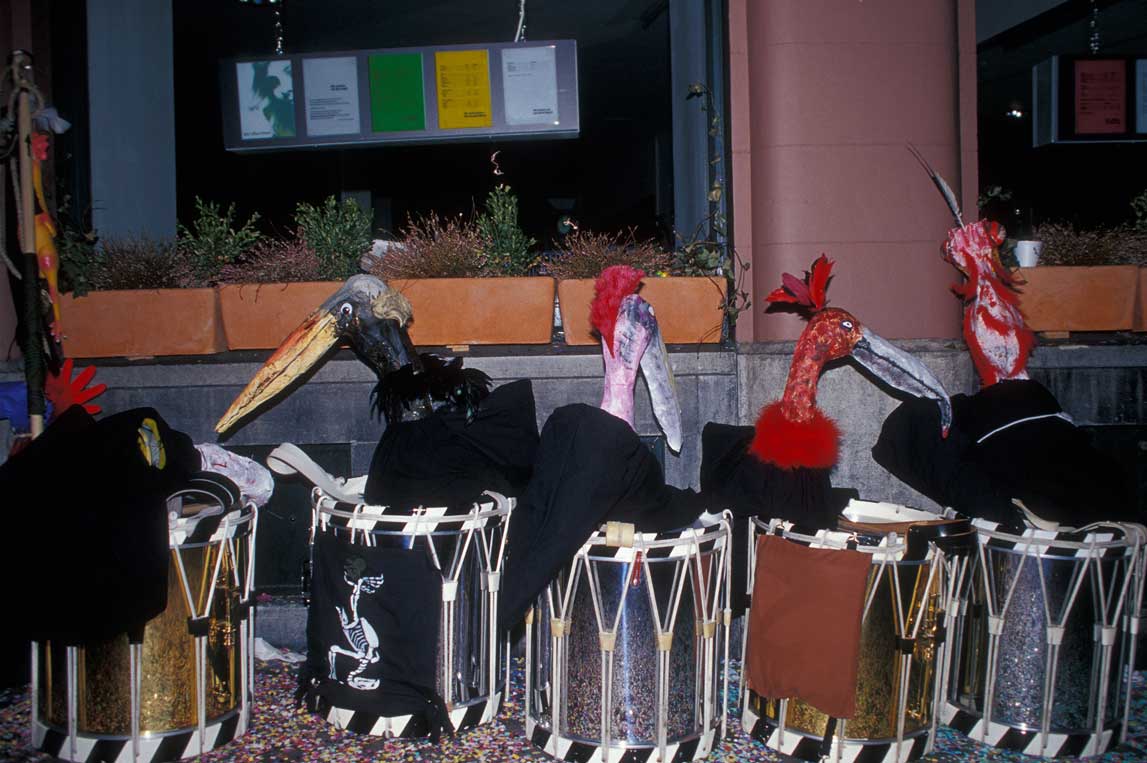 Fasnacht is a tiring festival, and everyone needs a break, 2006 © Domenico Sposato, Basel 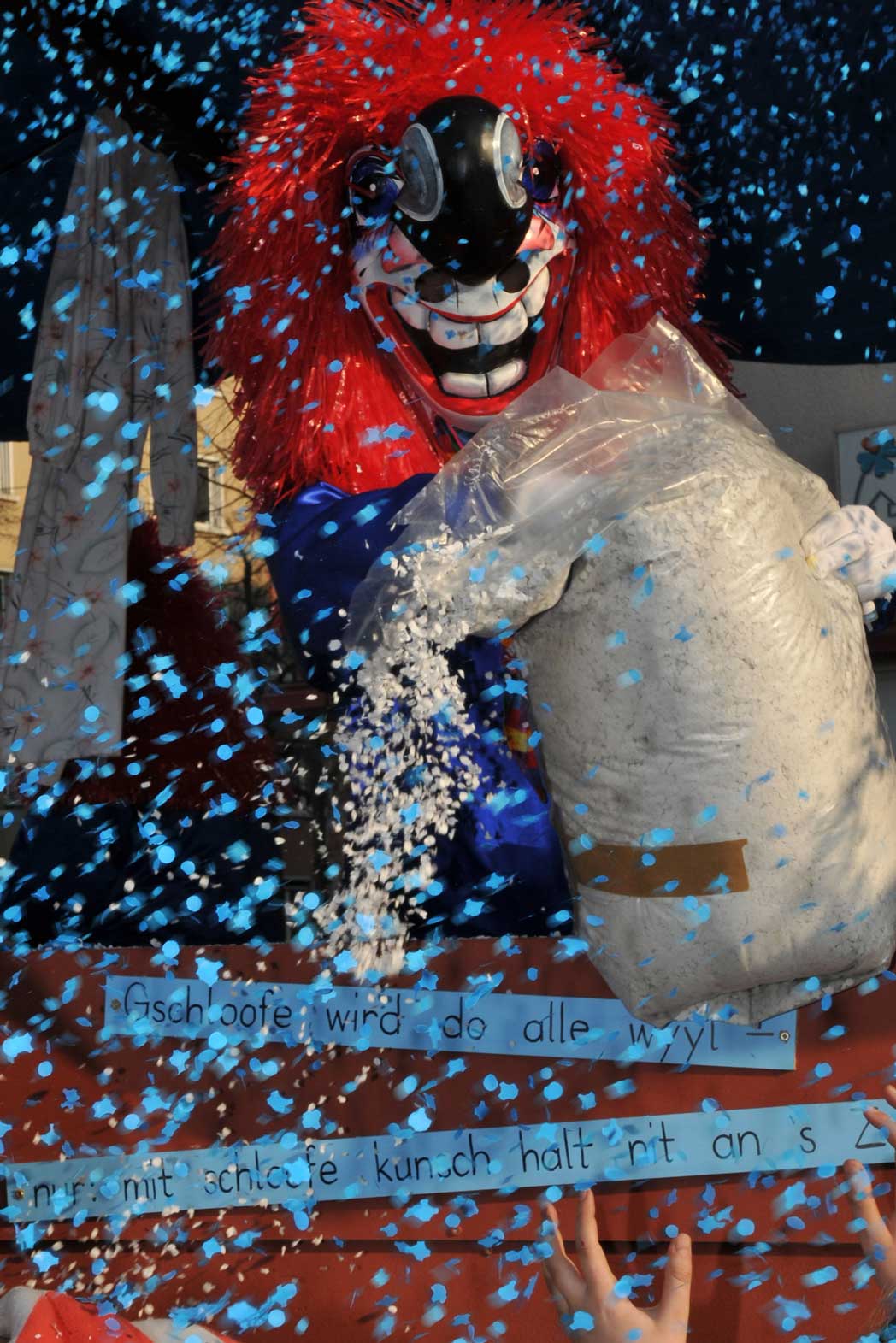 The procession is awash with confetti, 2008 © Juri Weiss/www.bs.ch/bilder 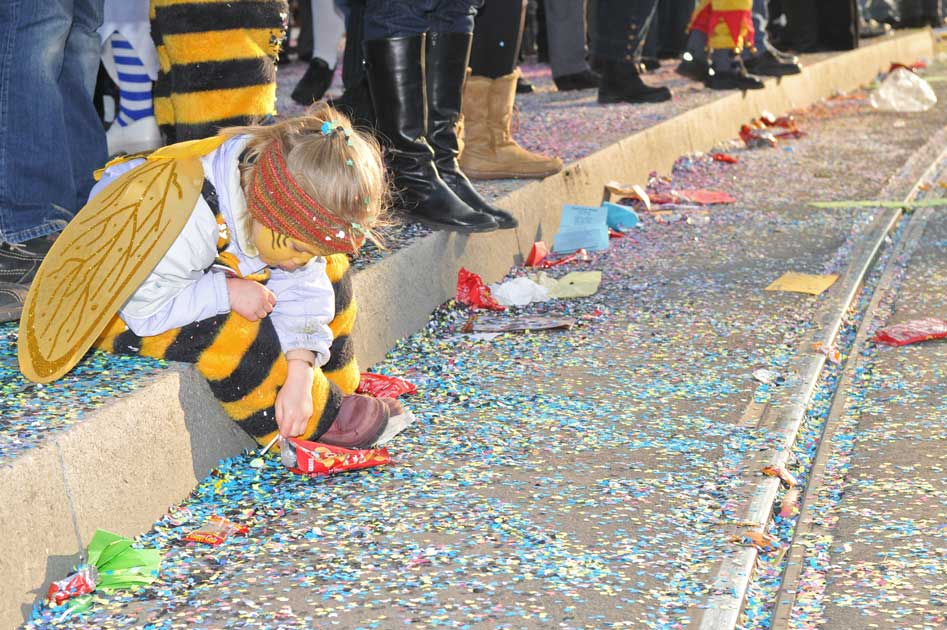 The ground is covered in the colourful debris of the procession, 2008 © Juri Weiss/www.bs.ch/bilder 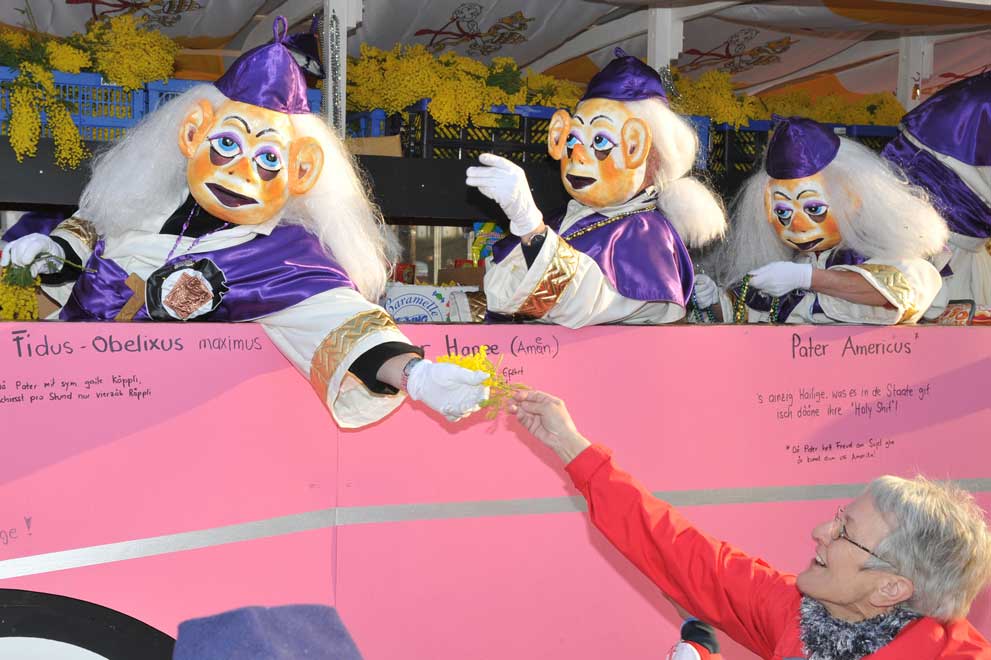 During the procession: interaction between participants and spectators, 2008 © Juri Weiss/www.bs.ch/bilder 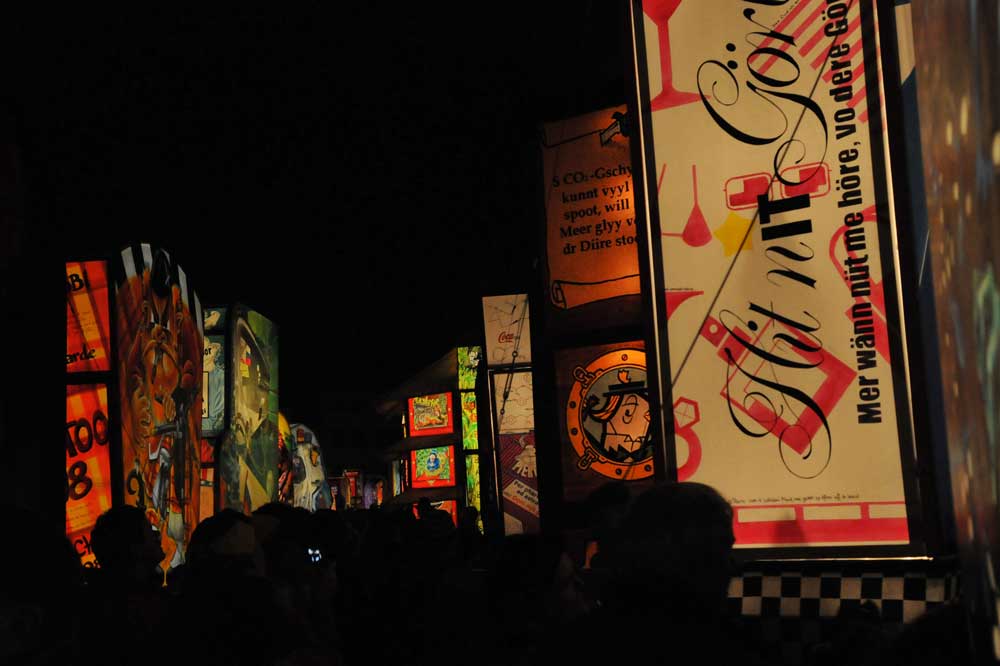 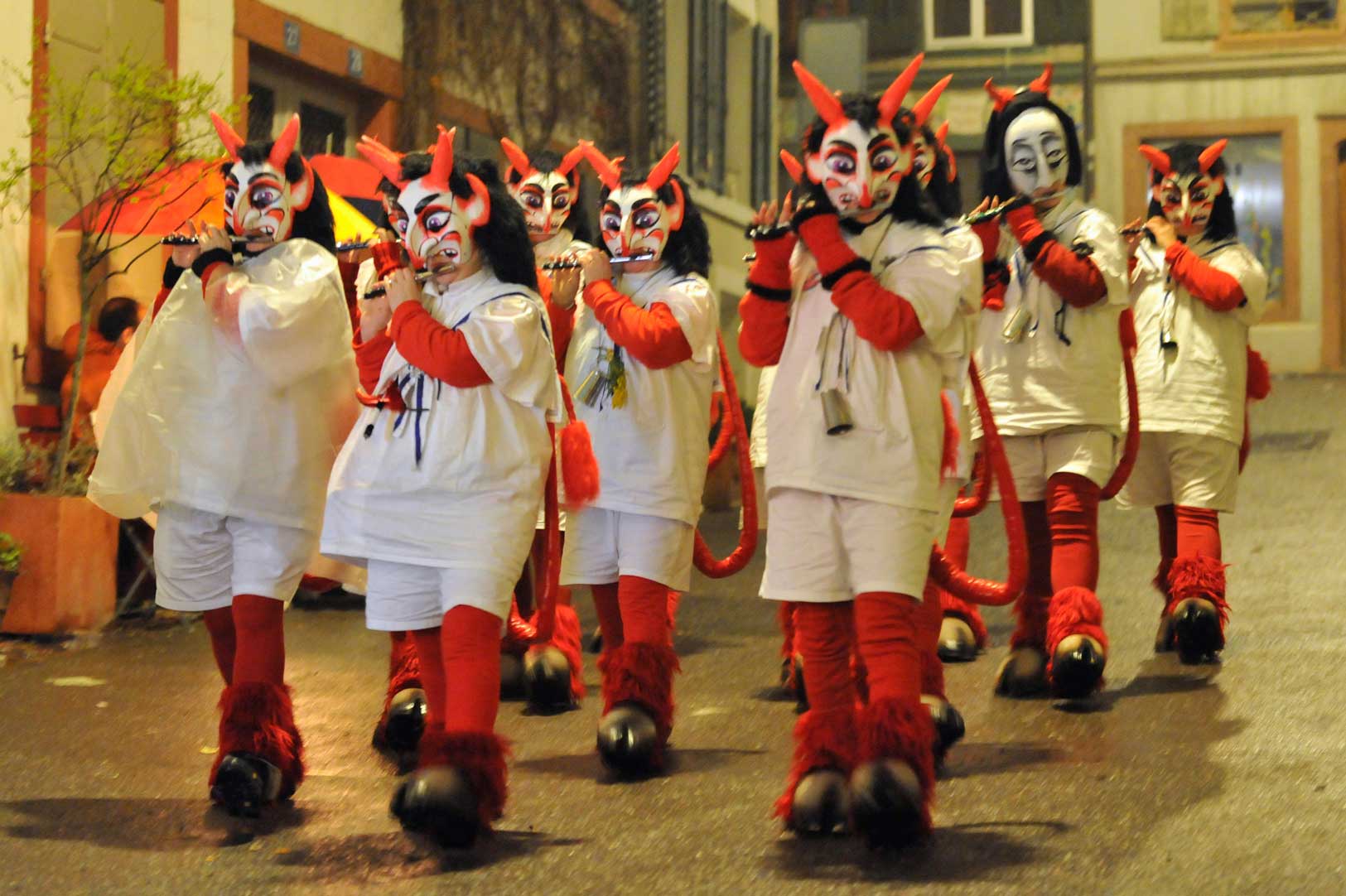 Wednesday: Fasnacht is almost at an end, 2008 © Juri Weiss/www.bs.ch/bilder 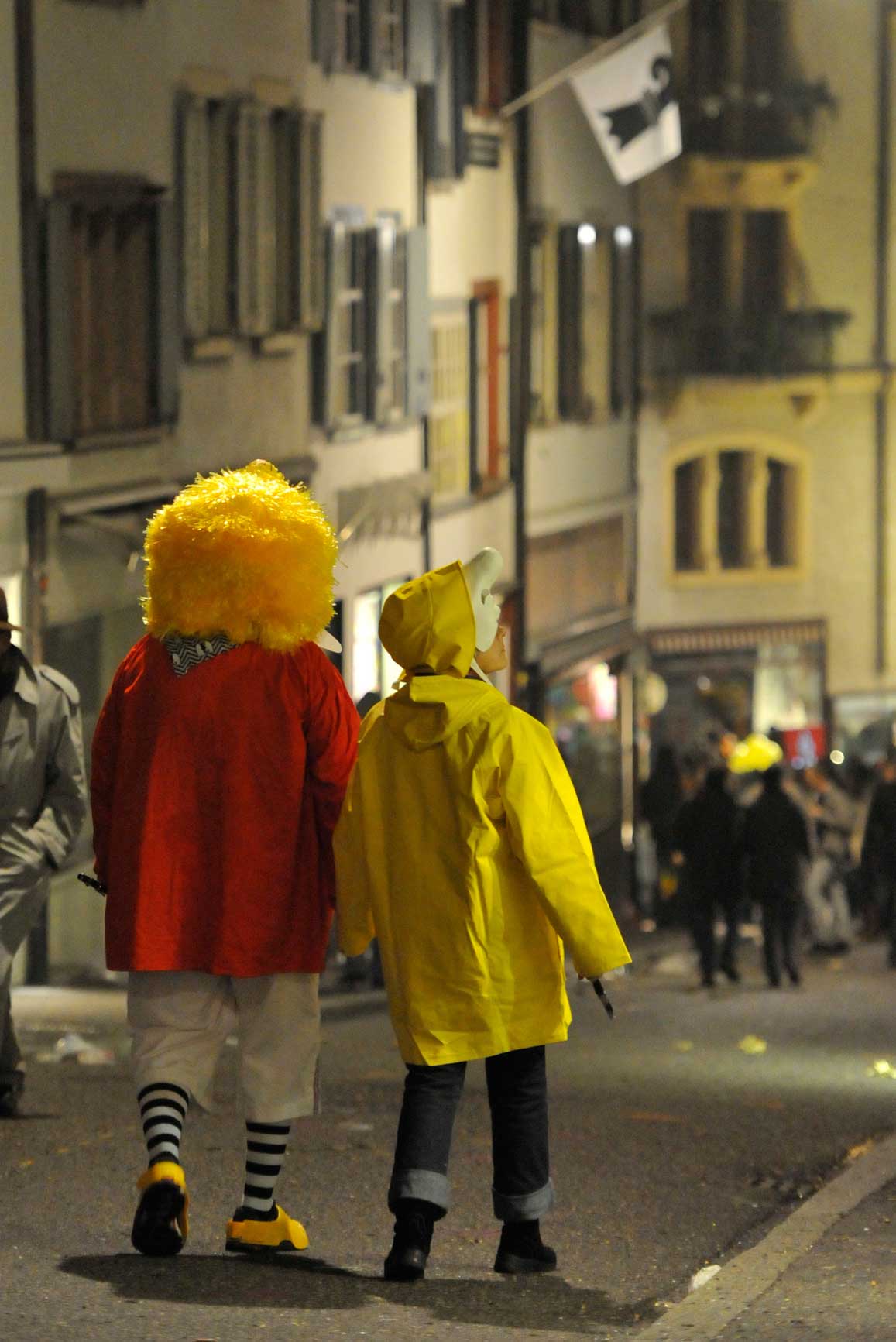 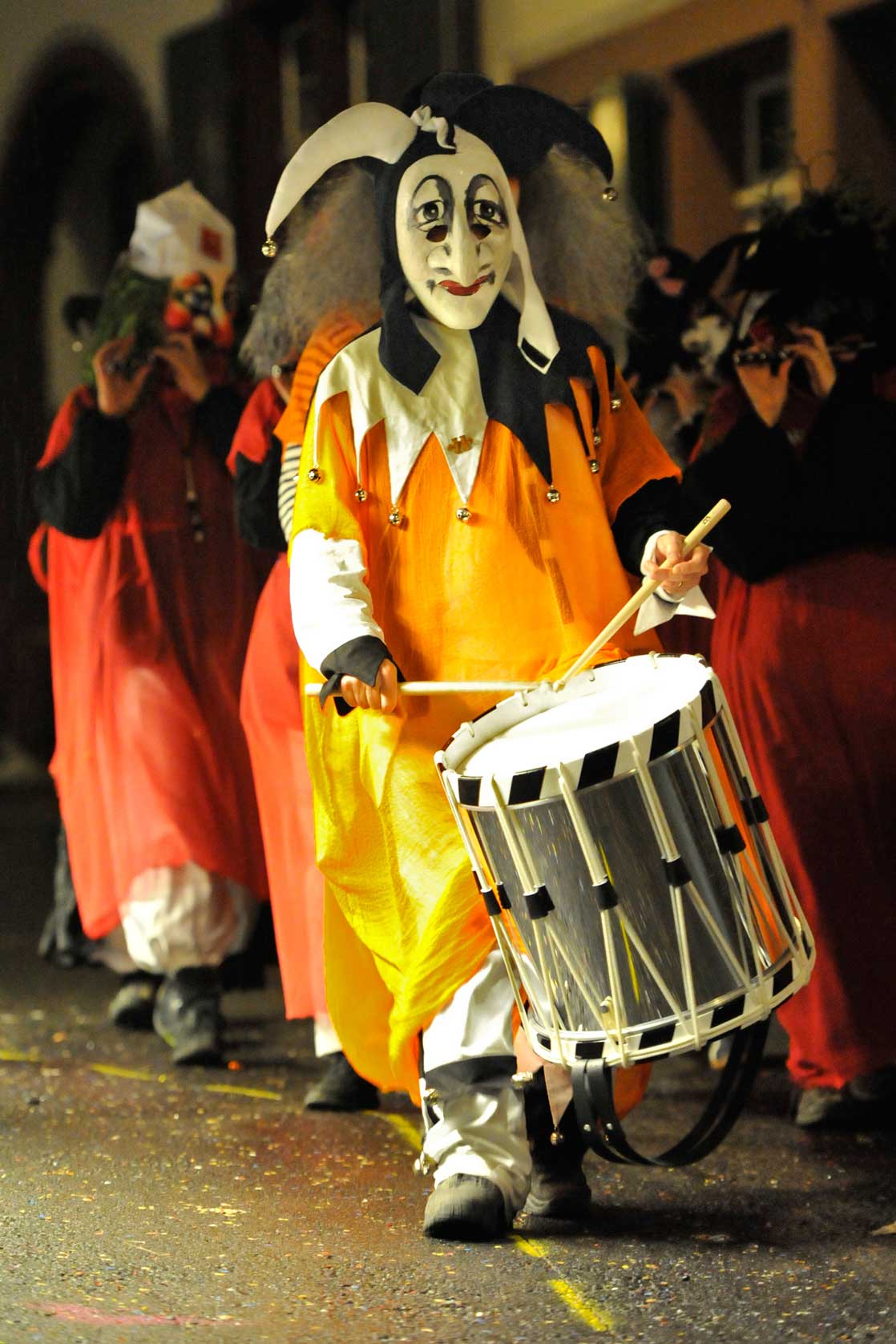 A jousting tournament from 1376 is documented as the oldest carnival event in Basel. Since then, Basel's carnival has changed constantly. In its current form, the "drei scheenschte Dääg (the tree nicest days)", as the carnival is called in Basel, have a great impact far beyond the city. On the Monday after Ash Wednesday, Basel residents and visitors gather at four in the morning. It is eerily quiet in the completely dark city center before the drum major gives the marching order "Morgenstreich vorwärts marsch" and the costumed drummers and piccolo players open the carnival with their playing. On Monday and Wednesday afternoon, around 12,000 costumed participants in large parades display countless subjects. Tuesday belongs to the children's masquerade and the “Guggenmusik”. A very special role at Basel Fasnacht is played by the hundred or so “Schnitzelbank” groups, who recite their illustrated mock verses in the restaurants and cellars.