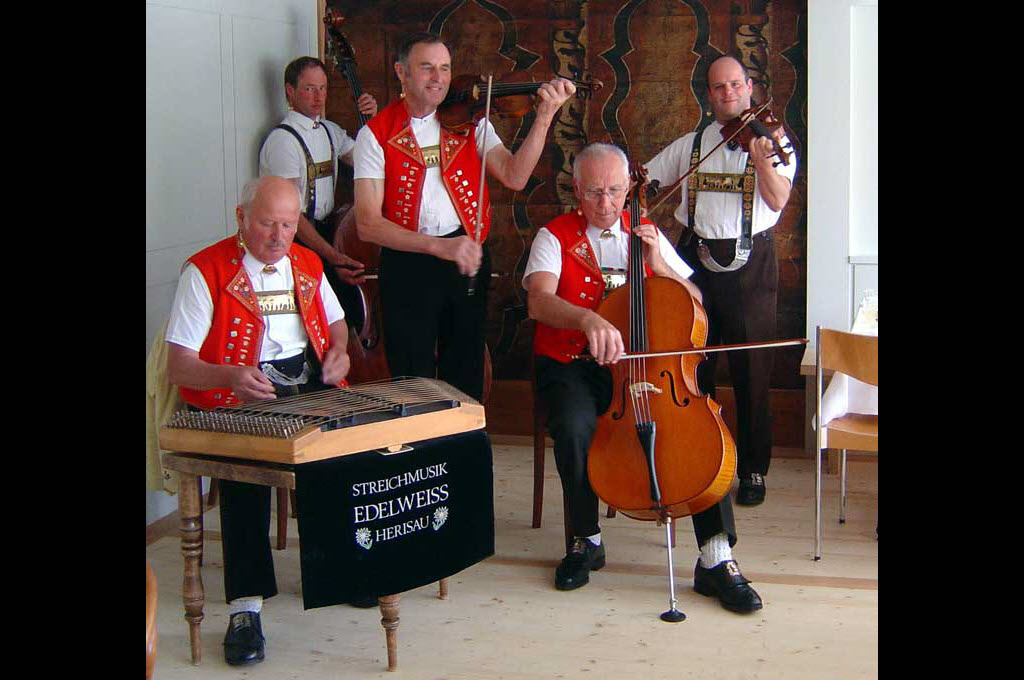 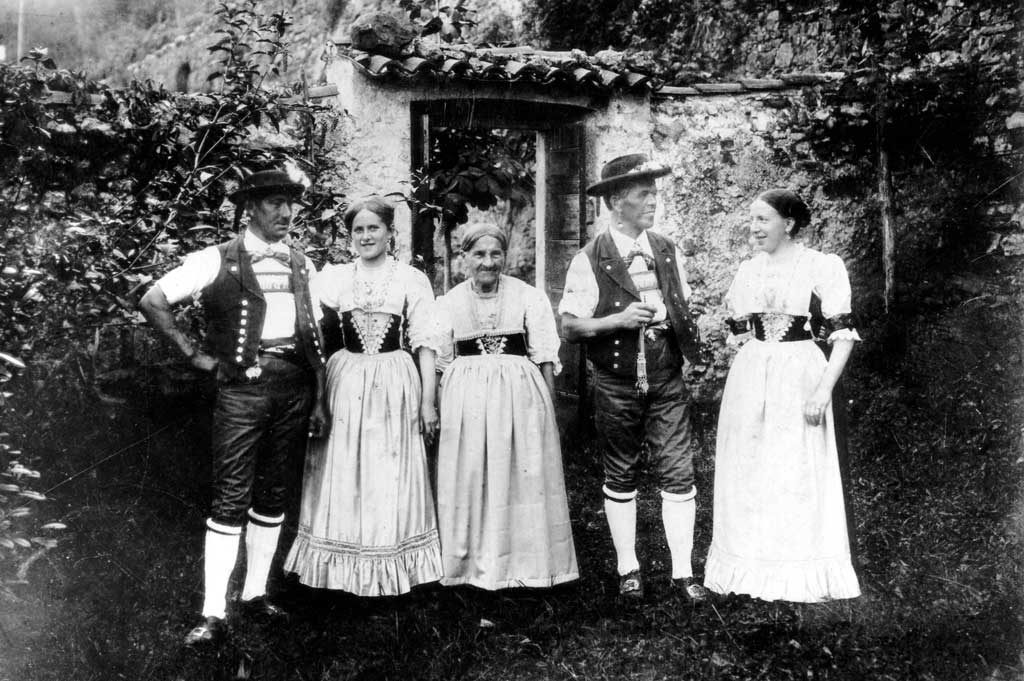 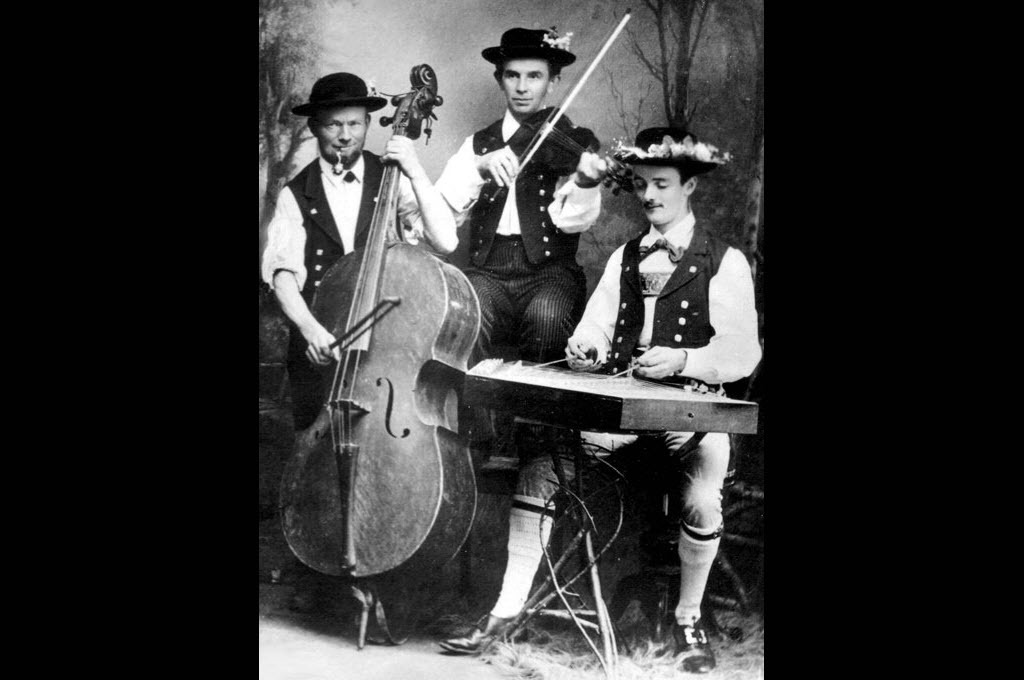 Naturjodel(natural yodelling, yodelling without words) is considered to be an ancient form of singing. The Appenzellerland and Toggenburg areas are two of the regions where it is practised, and here it usually performed in polyphonic ensembles. In Appenzell Innerrhoden it is known as "Rugguusseli", in Ausserrhoden as "Zäuerli" or "Chlausezäuerli", and in Toggenburg it is called "johle". Yodelling is often accompanied byTalerschwingen, a musical tradition in which performers roll a five franc coin around the rim of a ceramic bowl. In the Säntis region, this method is often used to create a triad-based drone to accompany the yodelling. String and wind instruments are also used to interpret theNaturjodelmelodies ("Stegräf", "stegrääfle").

String music plays a key role in the instrumental practice of the region, and was first mentioned in the Innerrhoden and Appenzeller Vorderland areas in 1874. The Alder Streichmusik ensemble from Urnäsch was first established in the Appenzeller Hinterland in 1884. The year 1892 saw the foundation of the Original Appenzeller Streichmusik, a quintet featuring two violins, a dulcimer, a cello and a double bass. In 2009, there were over a dozen original string ensembles in the Appenzellerland region and two in Toggenburg, plus a further 41 ensembles with different instrumentations, including some with accordions. A popular event at which these musicians perform is the "Alpstobede" (a festival of traditional folk music and dancing). Having almost died out at one time, these folk dancing festivals are now flourishing again in the Alpstein region and are currently held at ten different locations.

The repertoire of Appenzell instrumental music and yodelling is documented and updated by the Zentrum für Appenzeller und Toggenburger Volksmusik in the Roothuus Gonten.