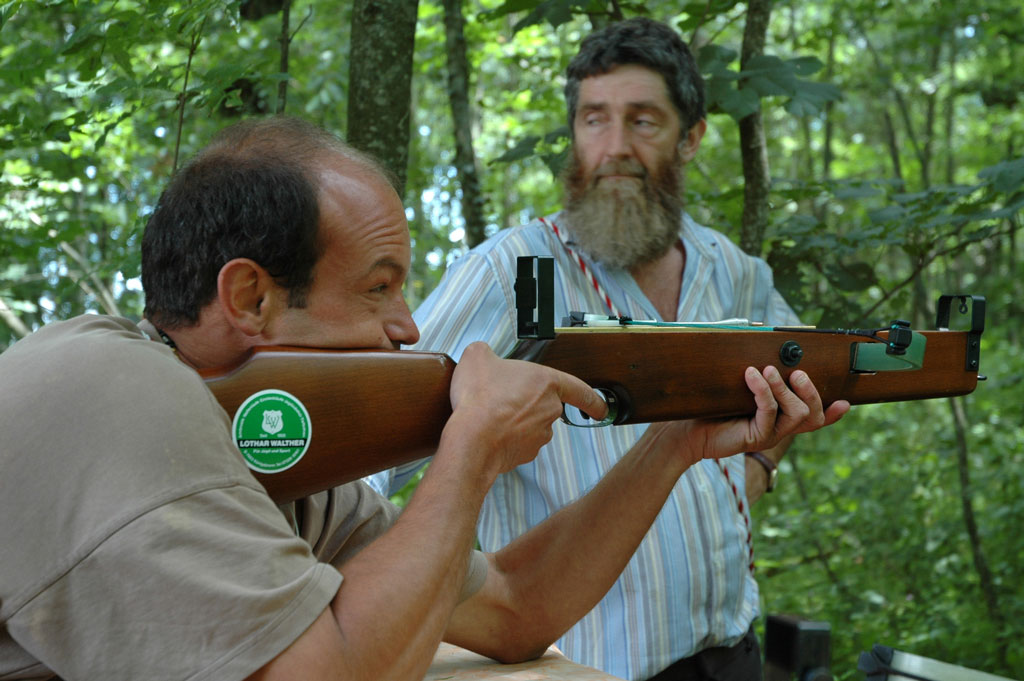 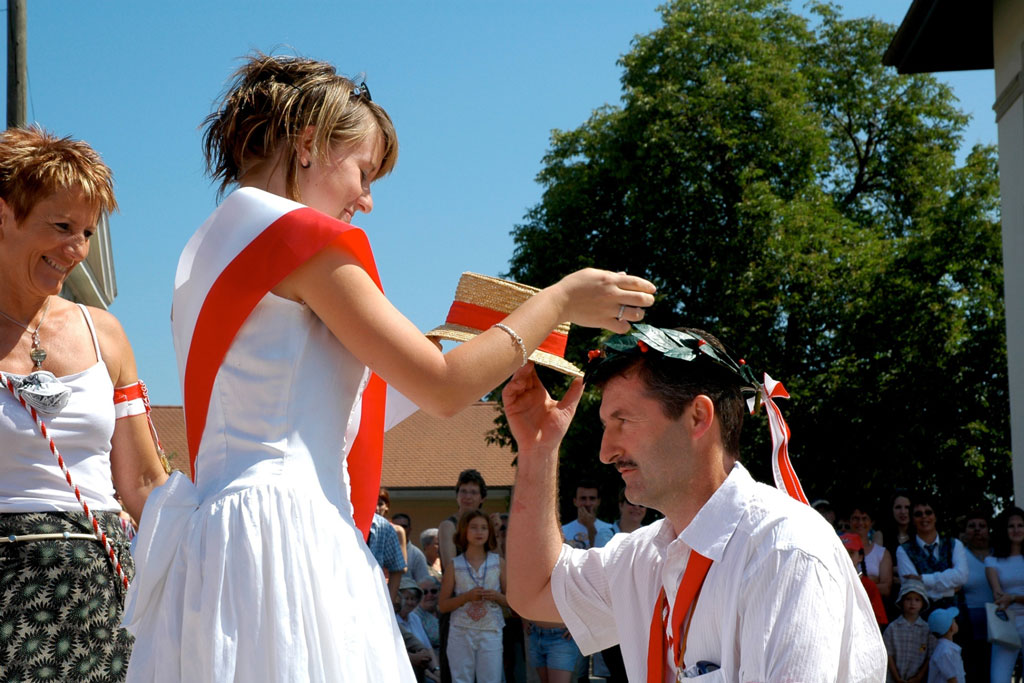 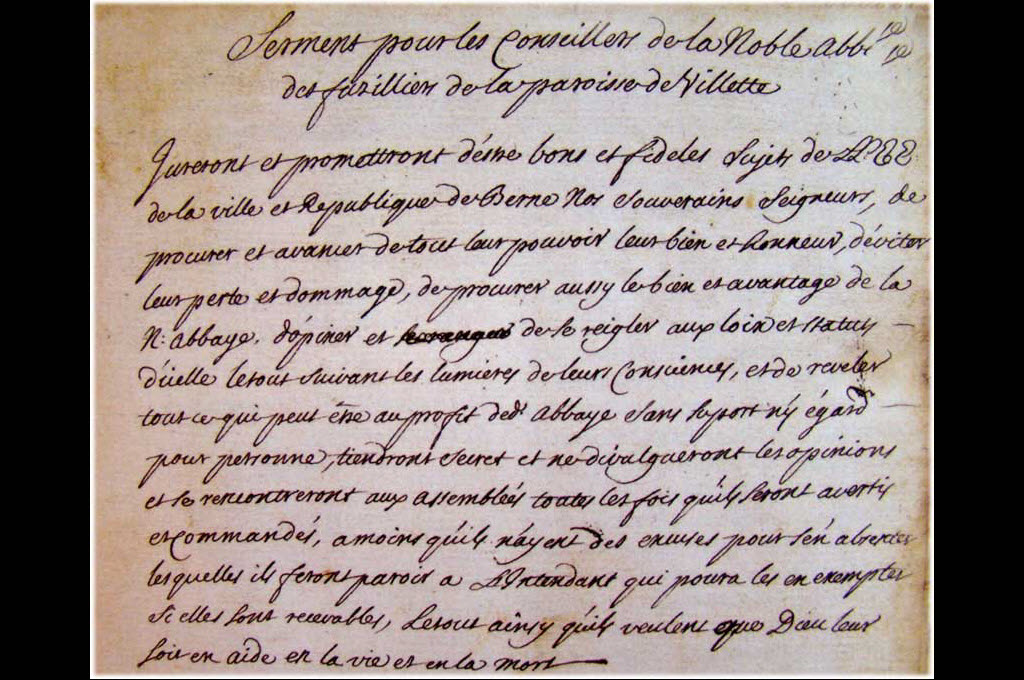 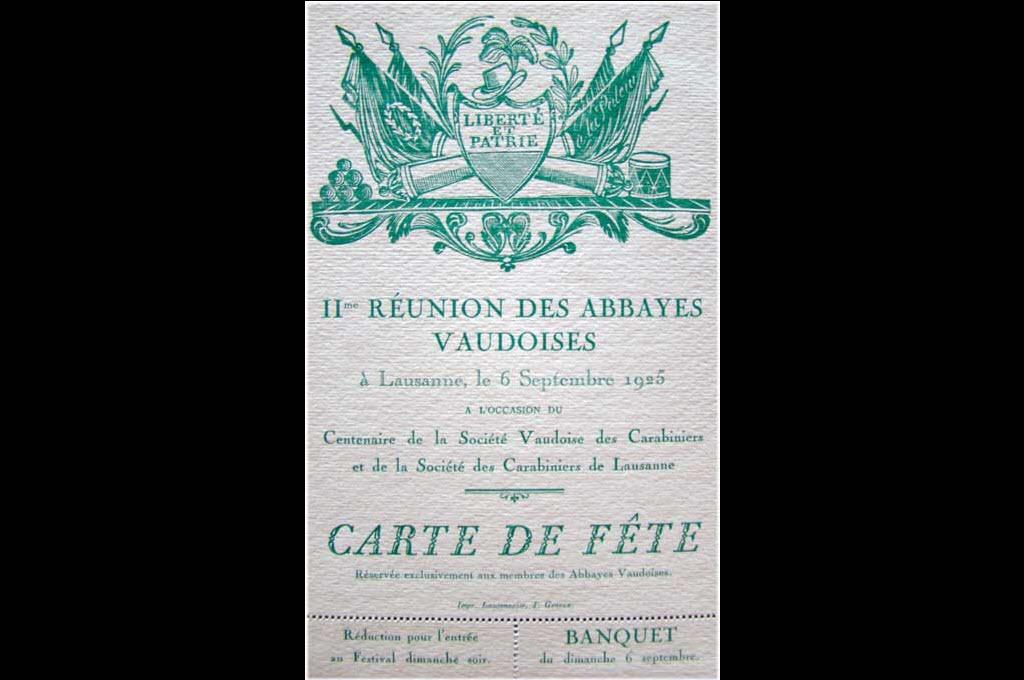 In the canton of Vaud, it is possible to be in charge of an “abbey” without having anything to do with the Church, since this is the title given to the heads of the canton’s 183 shooting societies. The term “abbey” denotes both these societies and the popular festivals centred on shooting competitions that are open to highly skilled marksmen and absolute beginners alike, where the wine flows freely. These four-day events are held between May and September and also include a procession, a banquet or even a ball. The streets are festooned with flowers for the occasion – some real, some made of paper. Prizes – very often a pewter cup and a rose – are awarded to the best shooters, while everyone else enjoys the convivial atmosphere. The first “abbeys” date back to the Middle Ages, with the oldest founded in 1381. Their competitions were known as “parrot shoots” because the object was to dislodge a coloured parrot made of wood, straw and cloth that was fixed to a perch 50 m above the ground. The societies, set up by the Counts of Savoy, originally performed paramilitary functions as well, such as maintaining public order and territorial defence. It was not until the 19th and 20th centuries that their role was re-examined and they were transformed into a peaceful sporting competition that has as much to do with camaraderie as it does with patriotism.