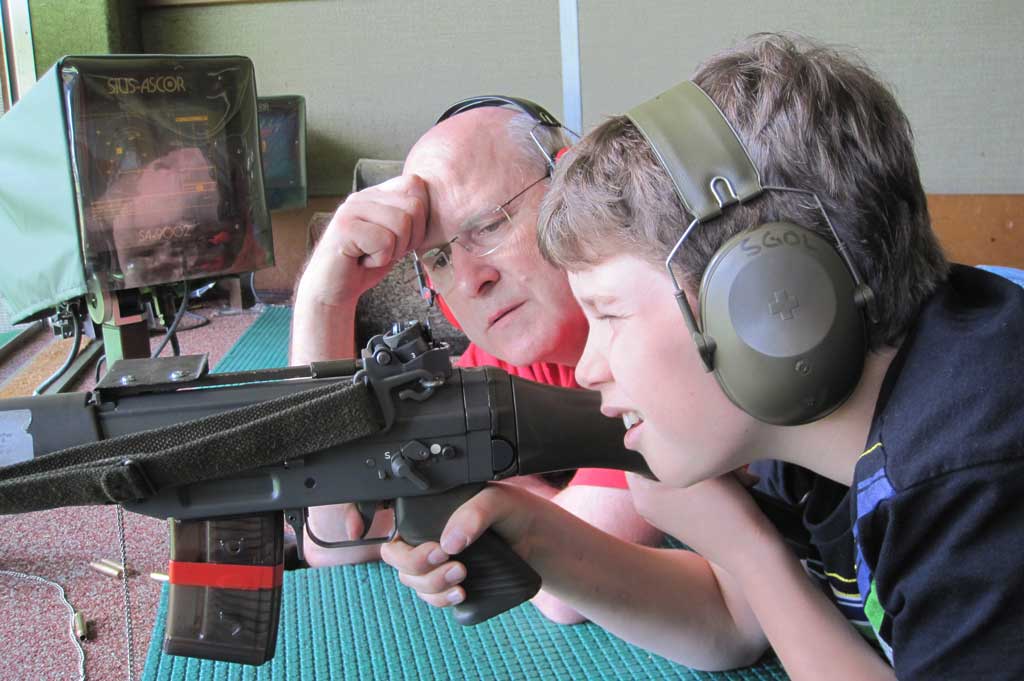 A typical sight at the national shooting festival: an experienced marksman mentoring the next generation of sharp-shooters. © SIS (Marcel Brumann) 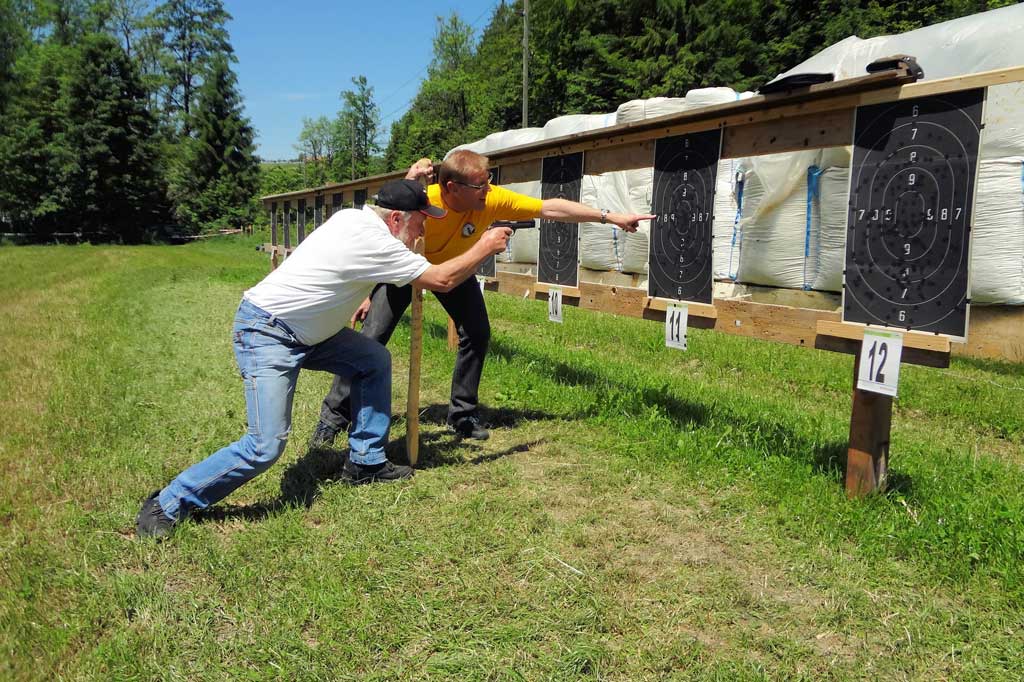 A marksman accompanies the referee to see for himself how well he has done. © SIS 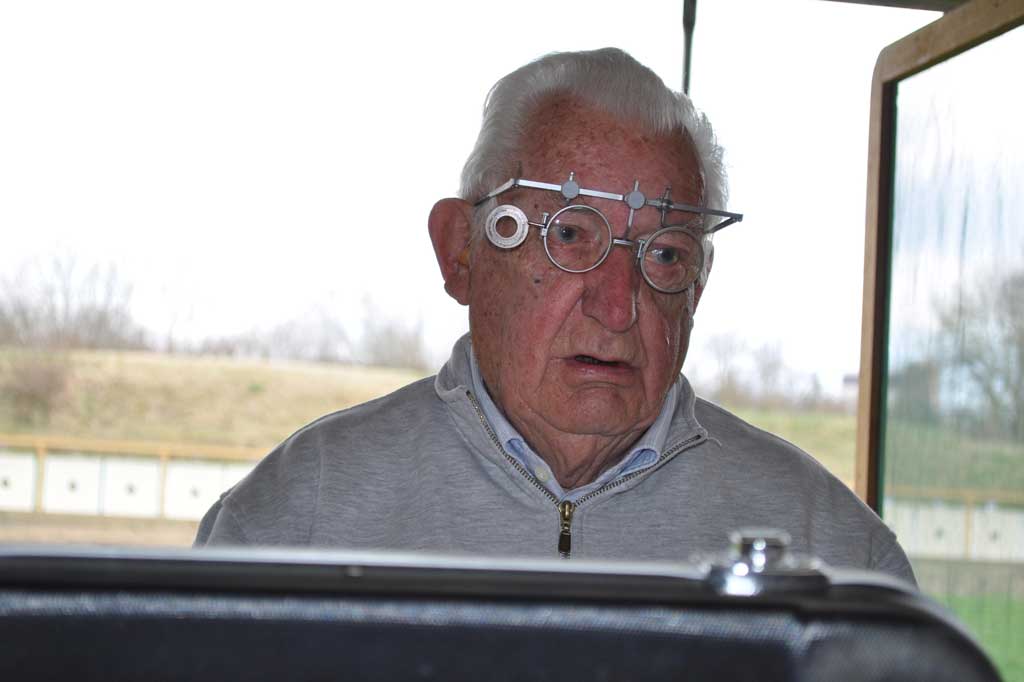 At the ripe old age of 87, marksman Otto Brunschwiler from Thurgau picks up his 70th Feldschiessen medal. © SIS (Friedrich Kugler) 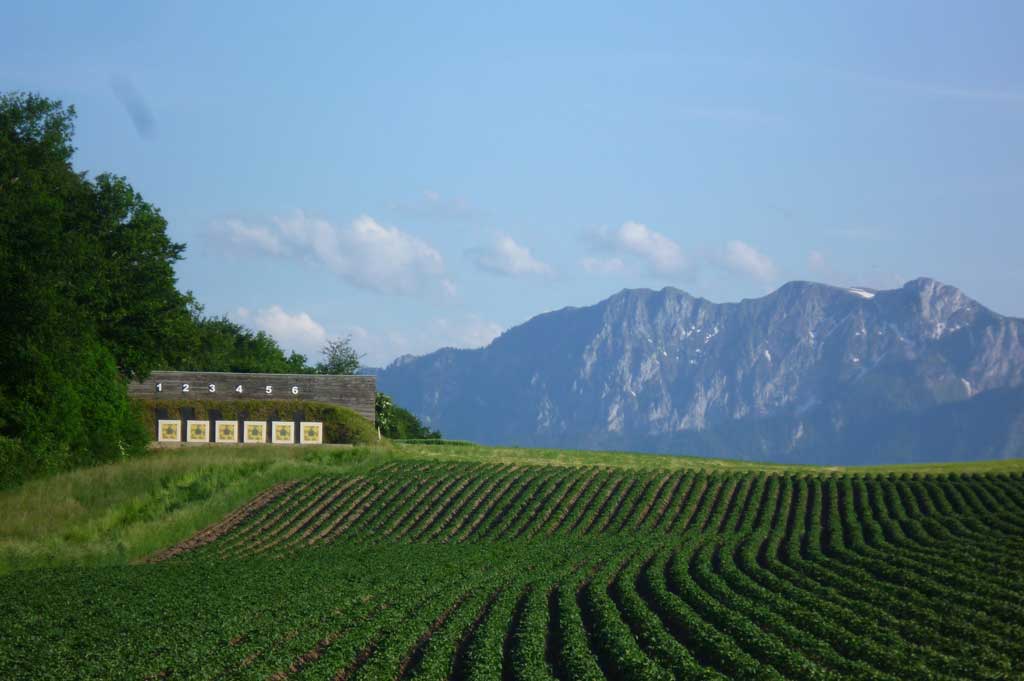 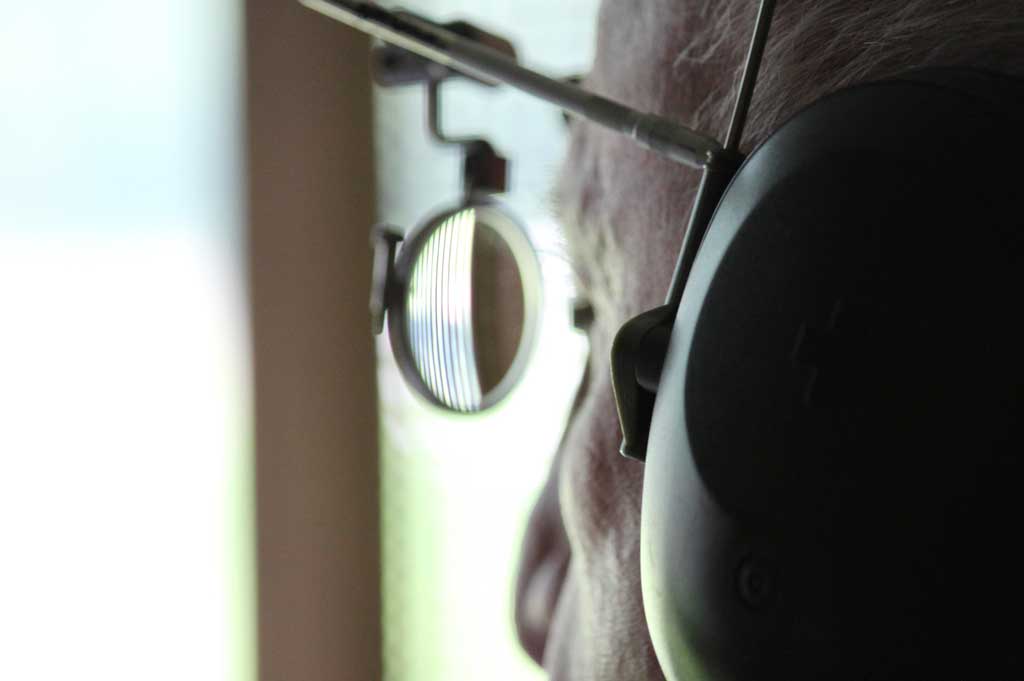 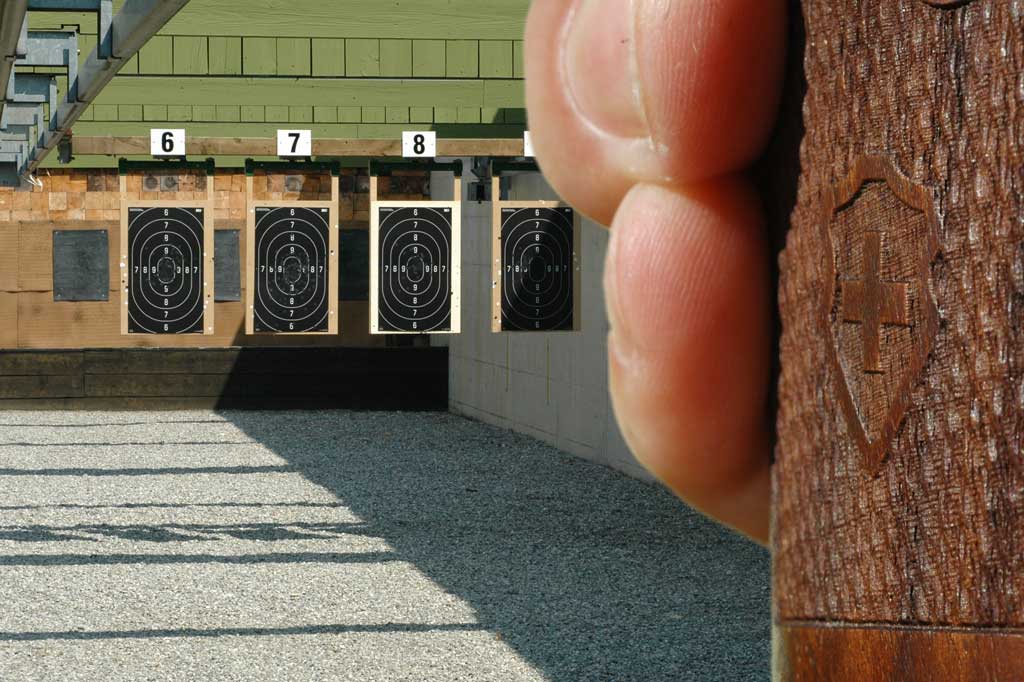 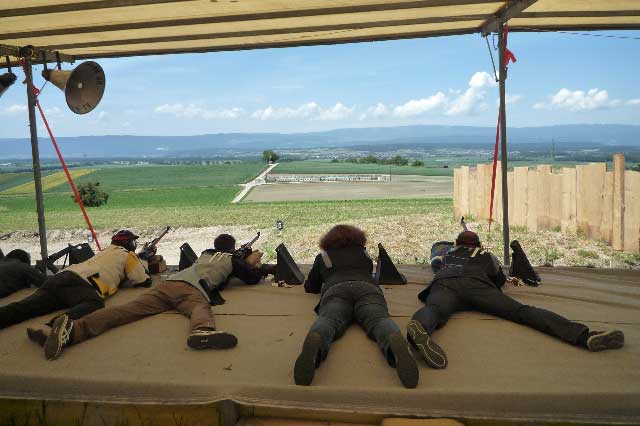 Since time immemorial, every district in the canton of Fribourg erects its own shooting gallery during the national festival. This one is in the village of Ried, part of the See district. © SIS (Emil Aeby) 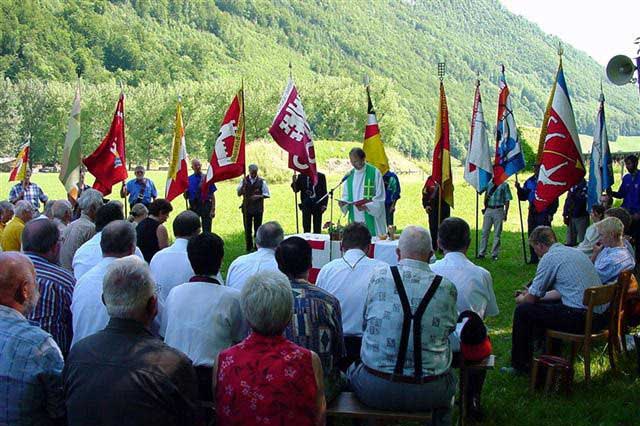 In central Switzerland, a blessing is always said prior to the opening of the festival, accompanied by a display of the different club flags. © SIS (Franz Odermatt) 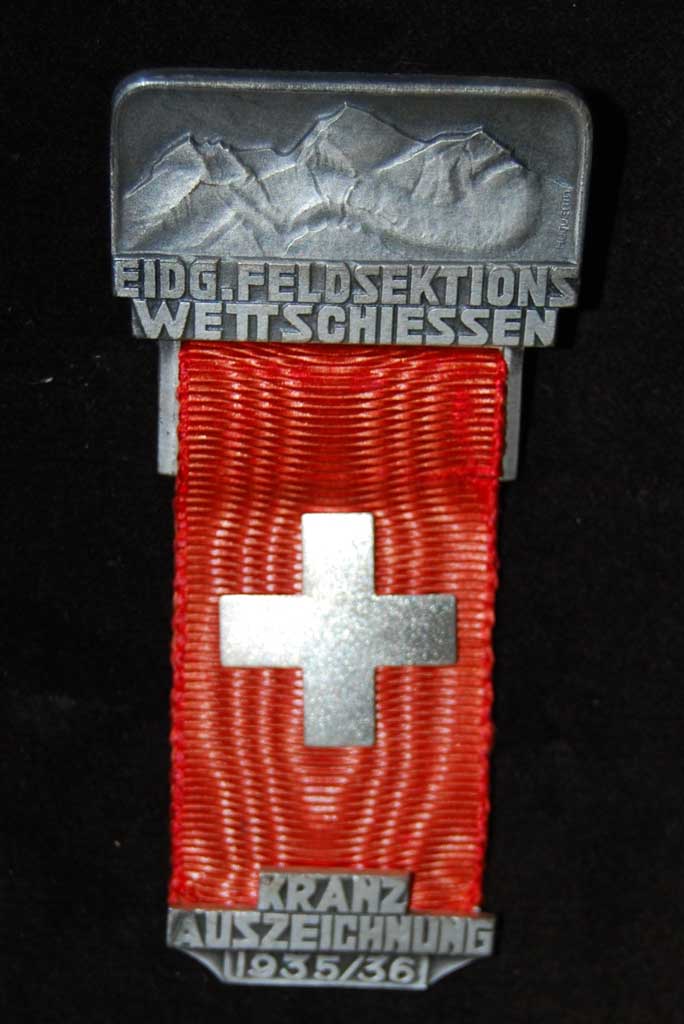 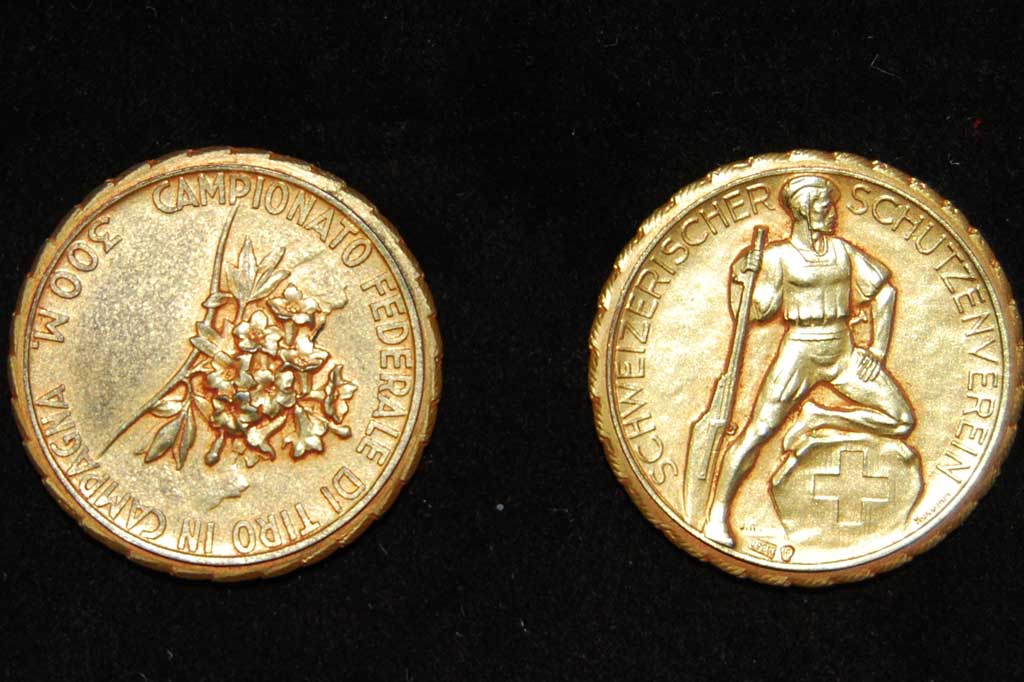 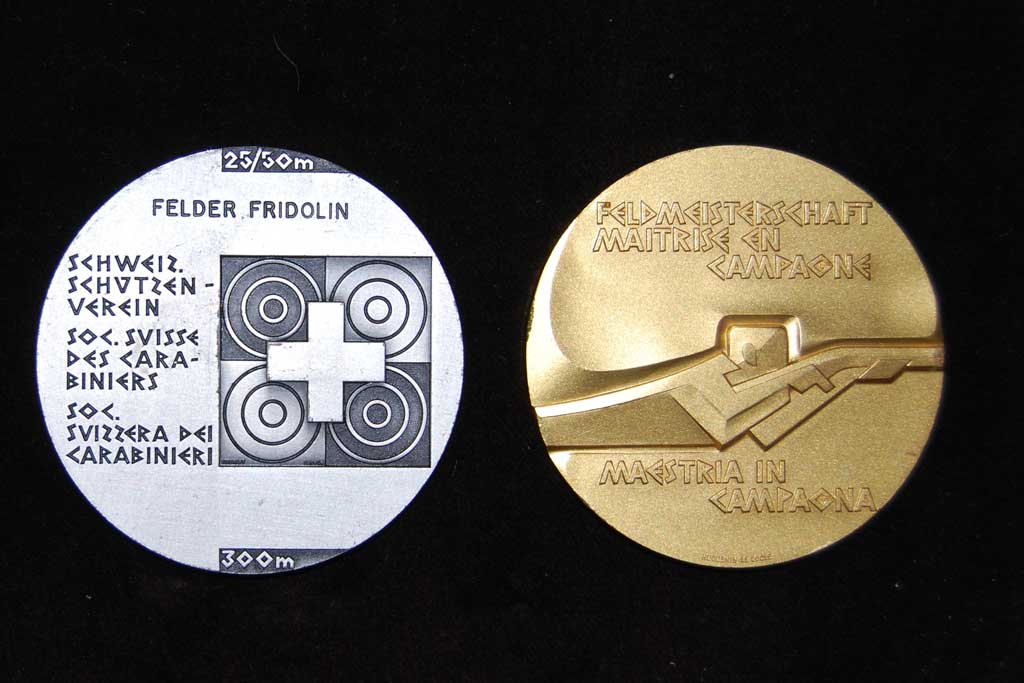 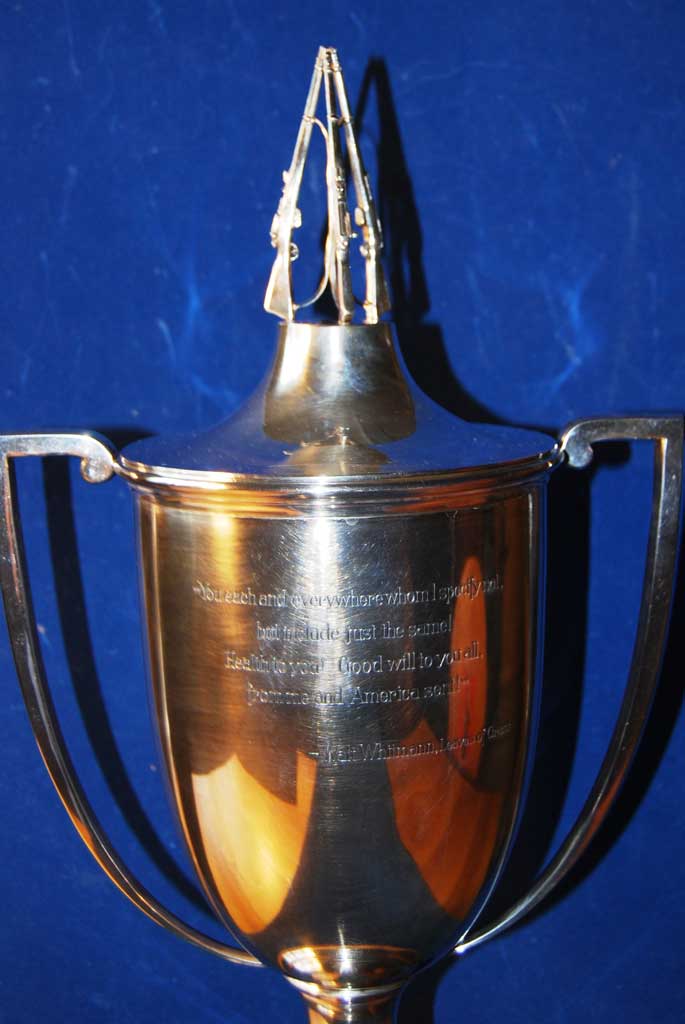 Every year countless towns and villages across Switzerland host a "Feldschiessen" (field shoot). It offers the ideal opportunity for recreational shooting enthusiasts, both young and old, experienced or first-timers, to meet up and indulge their shared passion. Over the course of one weekend, they compete in either the 300-metre rifle shoot or the 50- and 25-metre pistol shoot. Regardless of the distance, each competitor fires a total of 18 shots, whether one after the other or in rapid series.

Over 128,000 took part in the 2012 "Feldschiessen", making it the largest sporting event in Switzerland, and the largest marksmanship competition in the world. Dating back to the second half of the 19th century, the roots of the "Feldschiessen" tradition are firmly planted in Swiss military history, which evolved in tangent with the expansion of the Swiss Army and federal training exercises. Over time, it would become a purely recreational pursuit, enabling the older generations of marksmen to pass on their expertise in handling firearms for peaceful purposes. In 1996, serving soldiers in the Swiss Army were no longer subject to mandatory membership of a shooting club. Since then, the Swiss Shooting Sports Federation has seen a dramatic decline in membership numbers.