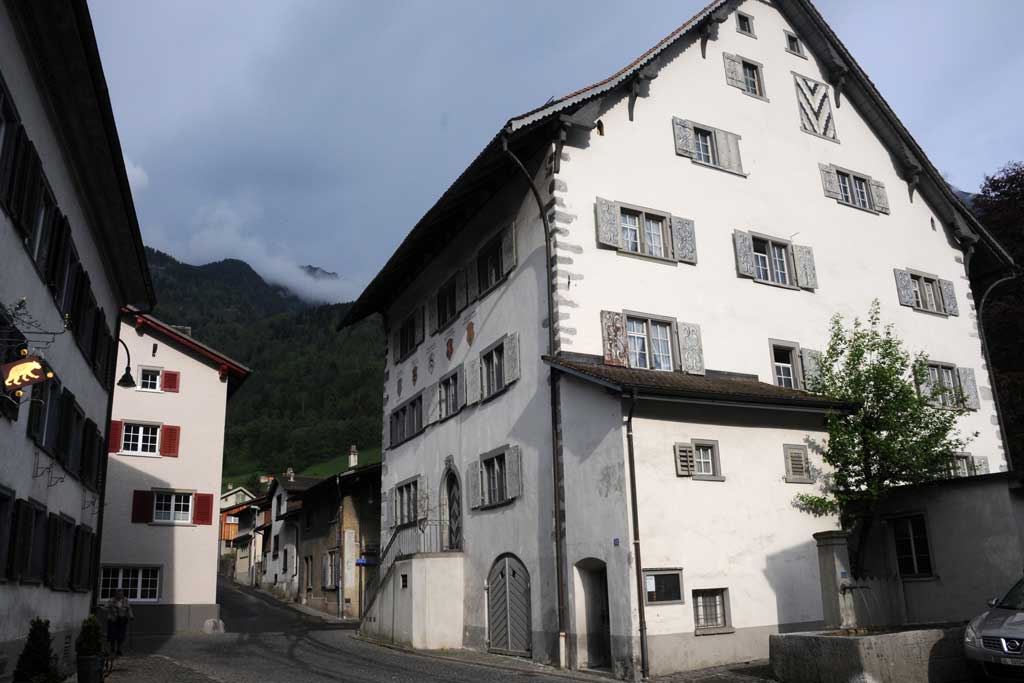 Anna Göldi worked in the Zwicky household in Mollis from 1768 to 1774. Here she had a love affair with Melchior Zwicky © Klara Hübner, 2011 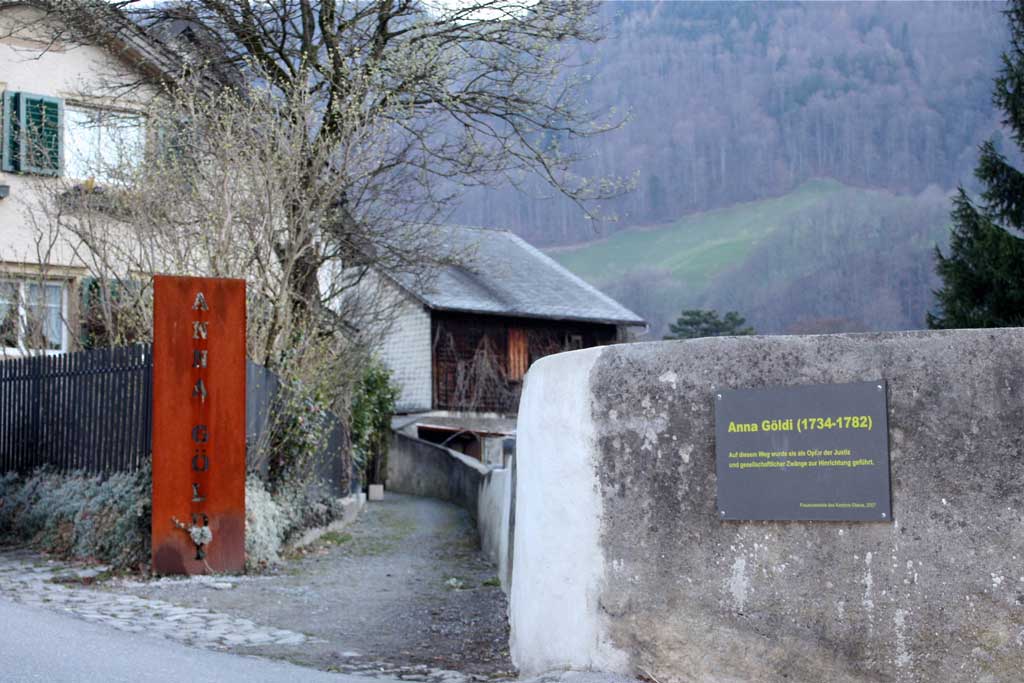 Glarus has its own Göldi path, marking the route Anna Göldi took to her execution on 13 June 1782 © Heinrich Speich, 2011 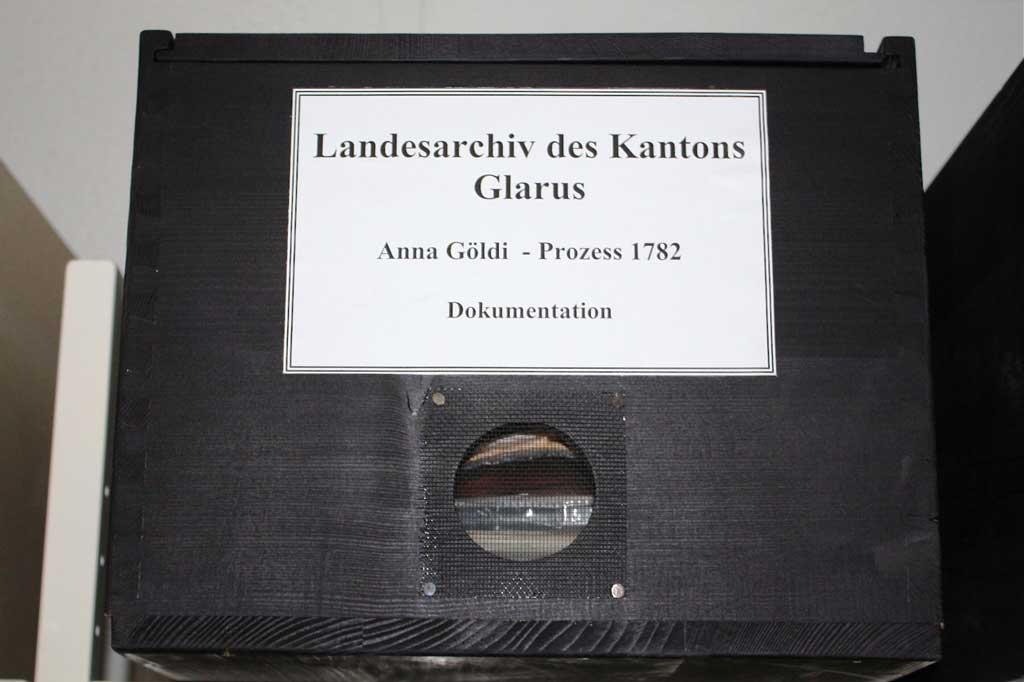 How much remains of a human life? Box 1 of the Göldi files in the Glarus Cantonal Archive © Heinrich Speich, 2011 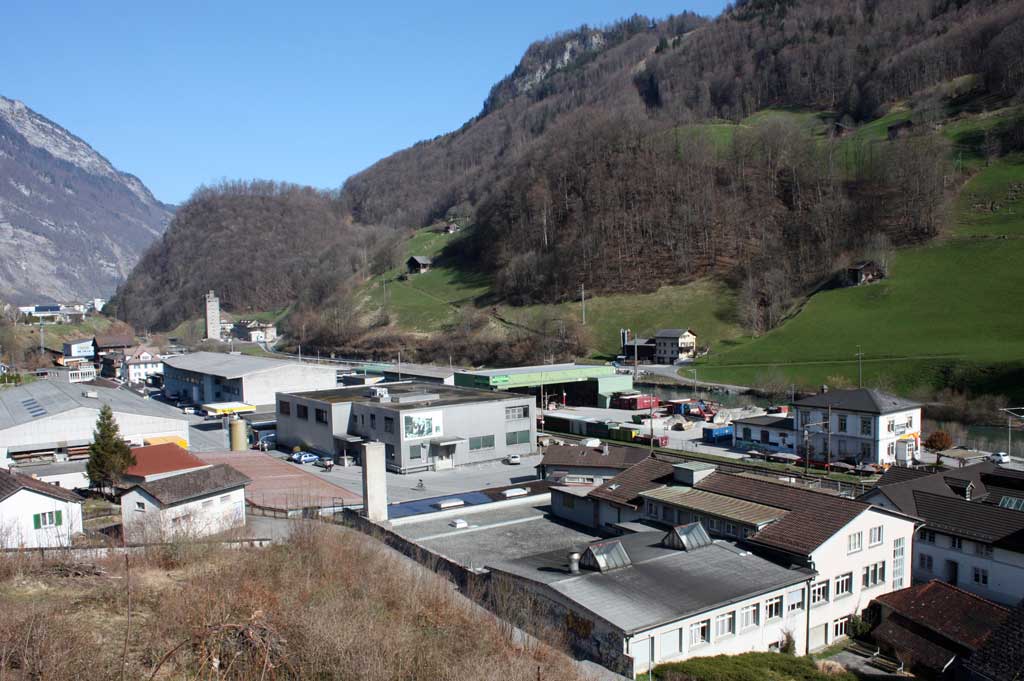 An abattoir is one of the buildings that now stands where Anna Göldi left this world on 13 June 1782 © Heinrich Speich, 2011 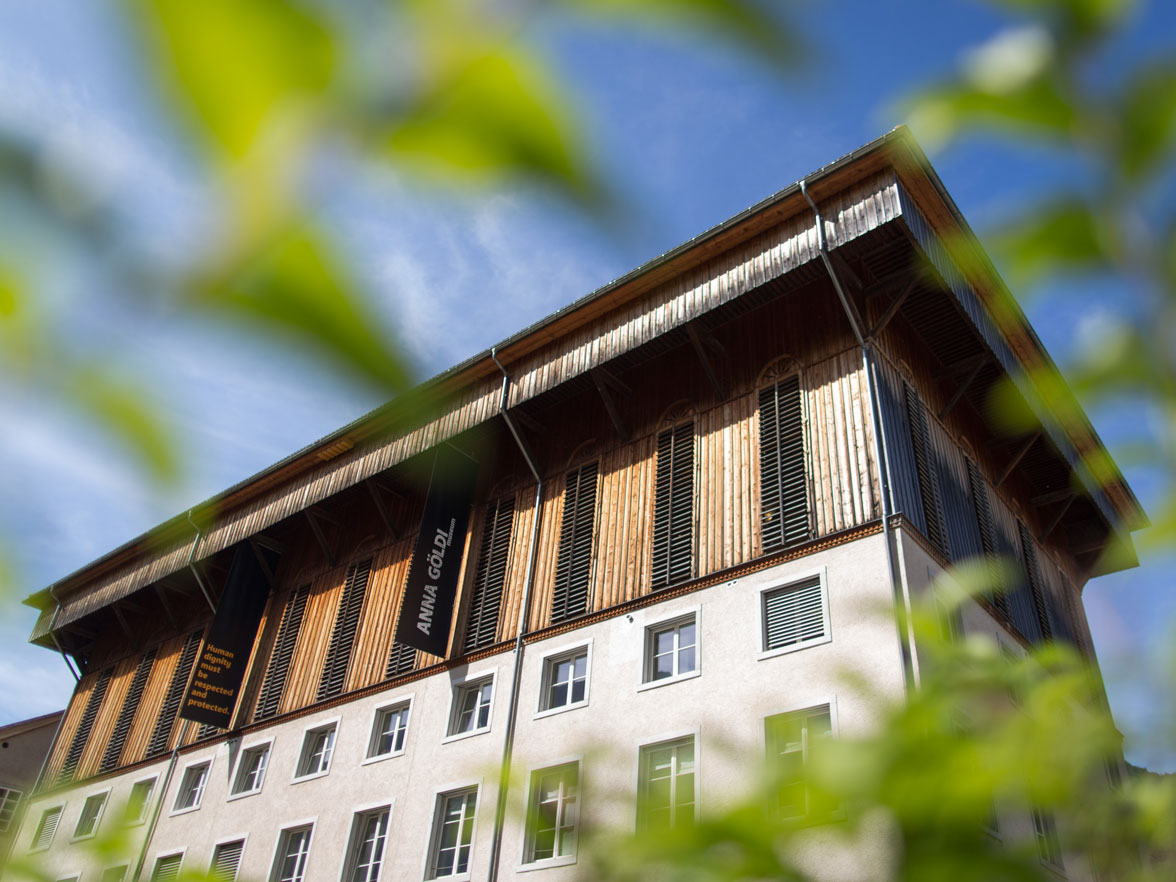 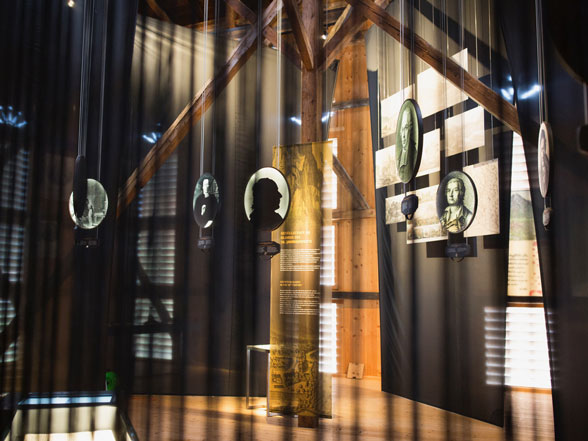 The Glarus region rose to prominence for the wrong reasons at the end of the eighteenth century when, in 1781, the area became the setting for one of the last witch trials in Europe. The tragedy arose in a time when the power of oligarchic family structures was diminishing. These classes attempted to restore their influence by staging a spectacular court case. A mixture of superstition and the enlightenment fuelled the case, finding resonance across the popular classes. The events spawned the term "judicial murder", which has since been used for all forms of murder carried out under a government's arbitrary powers. The "Göldi case" struck a chord when it was revived in the novel by Eveline Hasler, published in 1982. The Anna Göldi Museum in Mollis was opened in 2007, dedicated to the history of the "last witch". The extent to which the injustice remains a part of life in Glarus is demonstrated by Anna Göldi's official rehabilitation in 2008 and by the activities of the Anna Göldi Foundation, which has awarded a human rights prize once every two years since 2009.