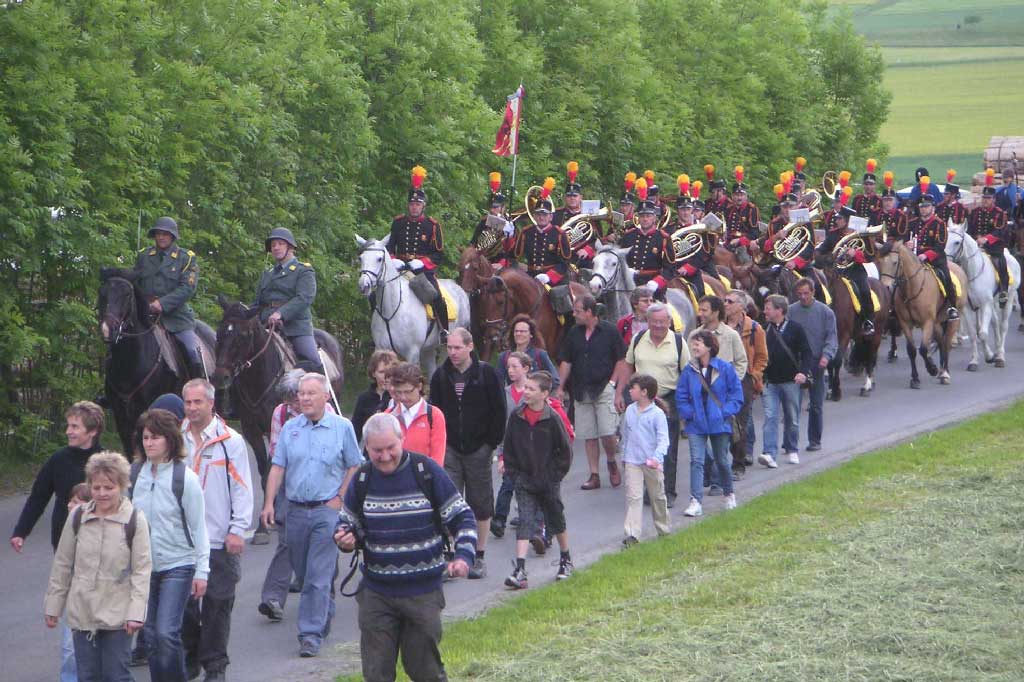 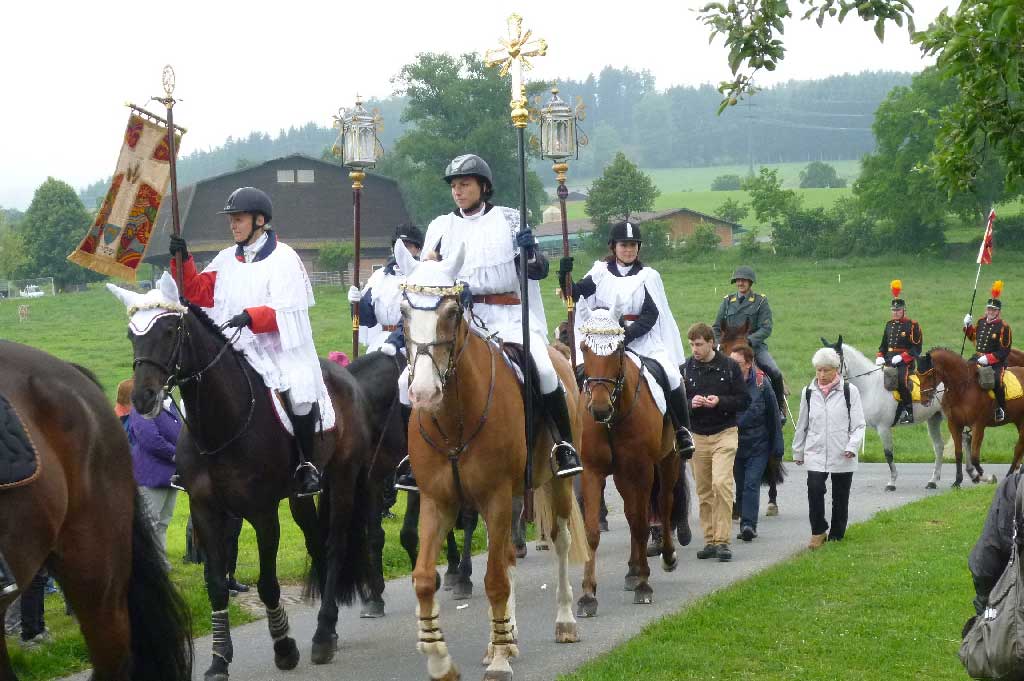 Seeblen near Gunzwil, 2011: cross, flag and lantern bearers at the head of the mounted procession. © Regula Muff, Gunzwil 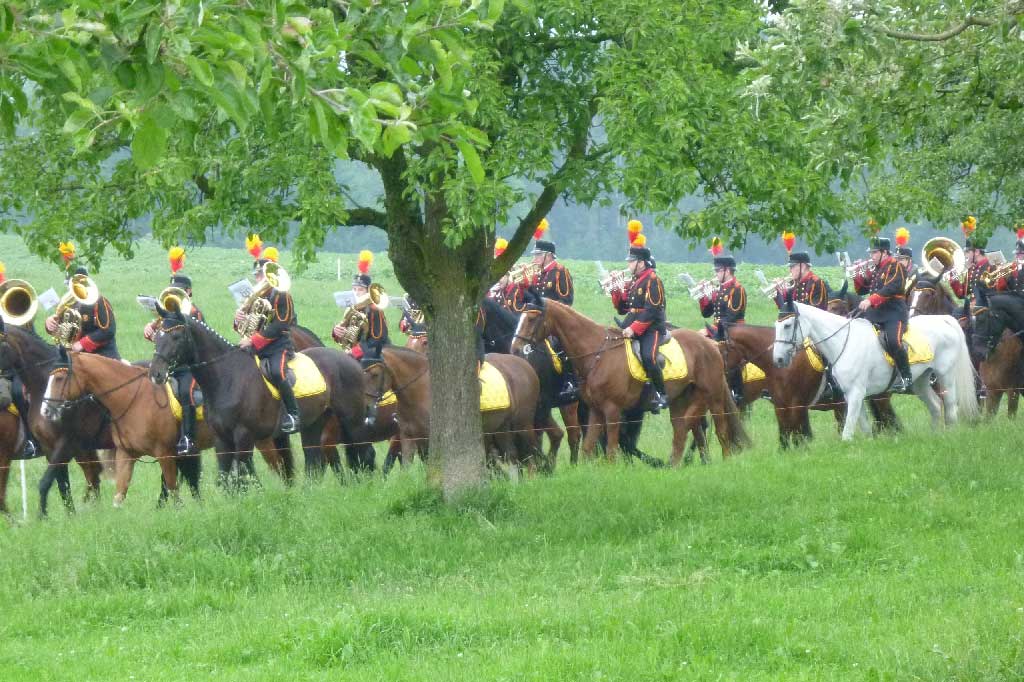 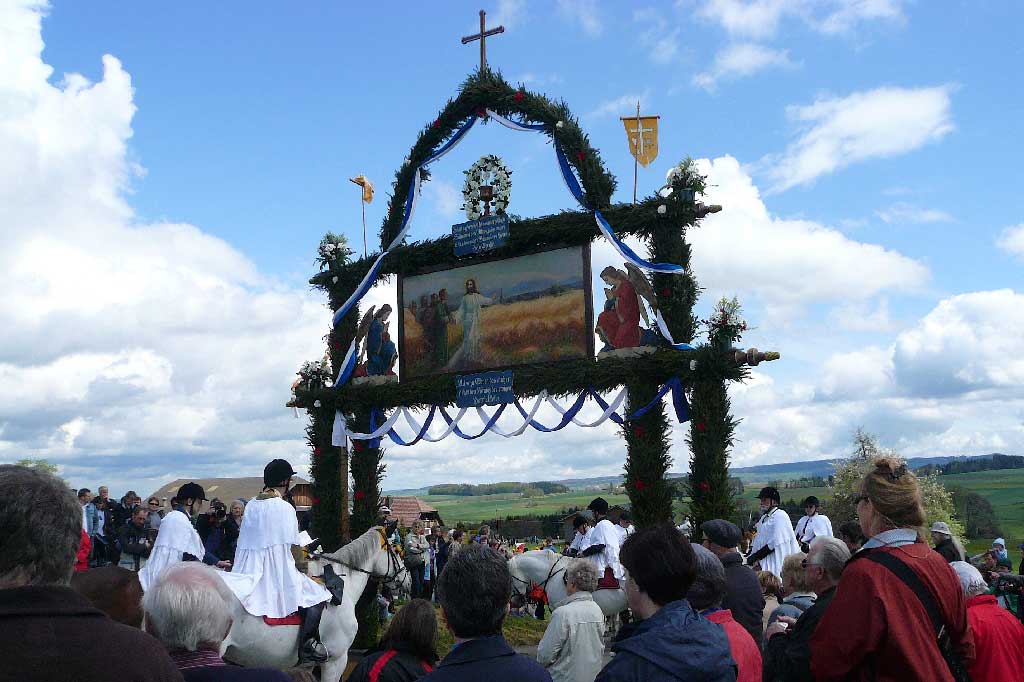 Seeblen near Gunzwil, 2011: the procession halts at the triumphal arch to bless the horses © Regula Muff, Gunzwil 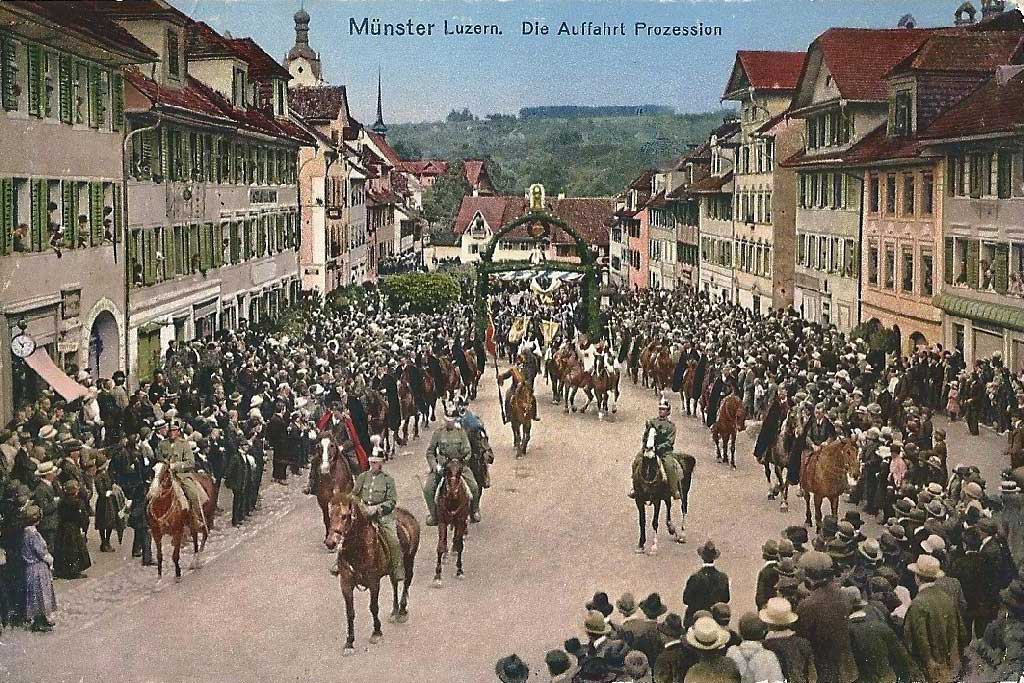 Coloured postcard of the procession arriving in Beromünster in the afternoon, around 1910 © Pius Muff, Gunzwil 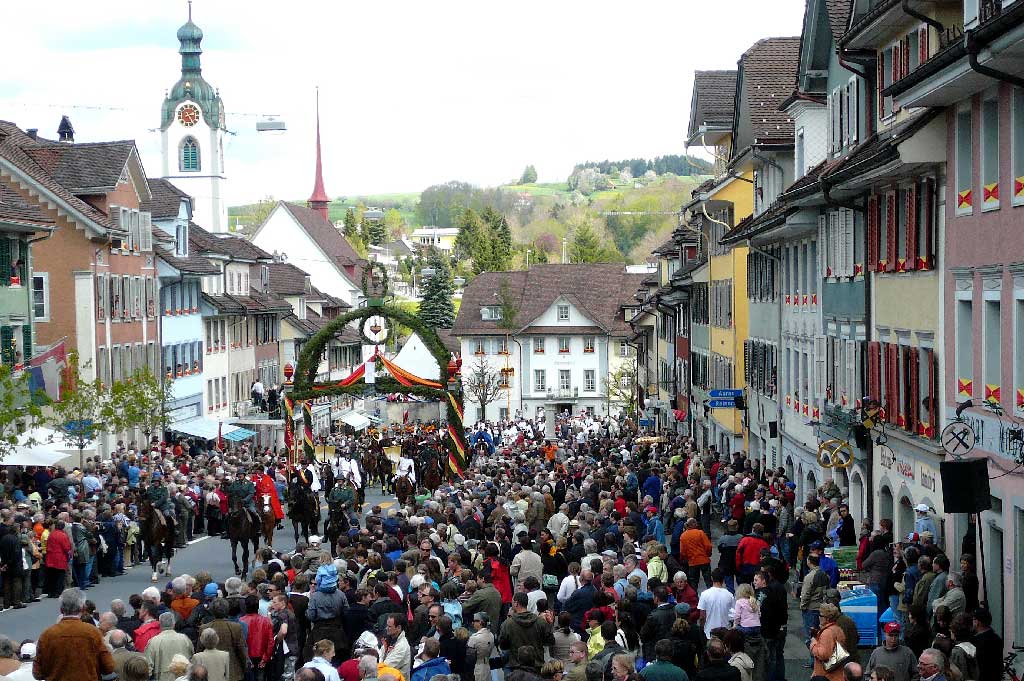 Beromünster, 2008: the riders enter the town under the triumphal arch © Regula Muff, Gunzwil 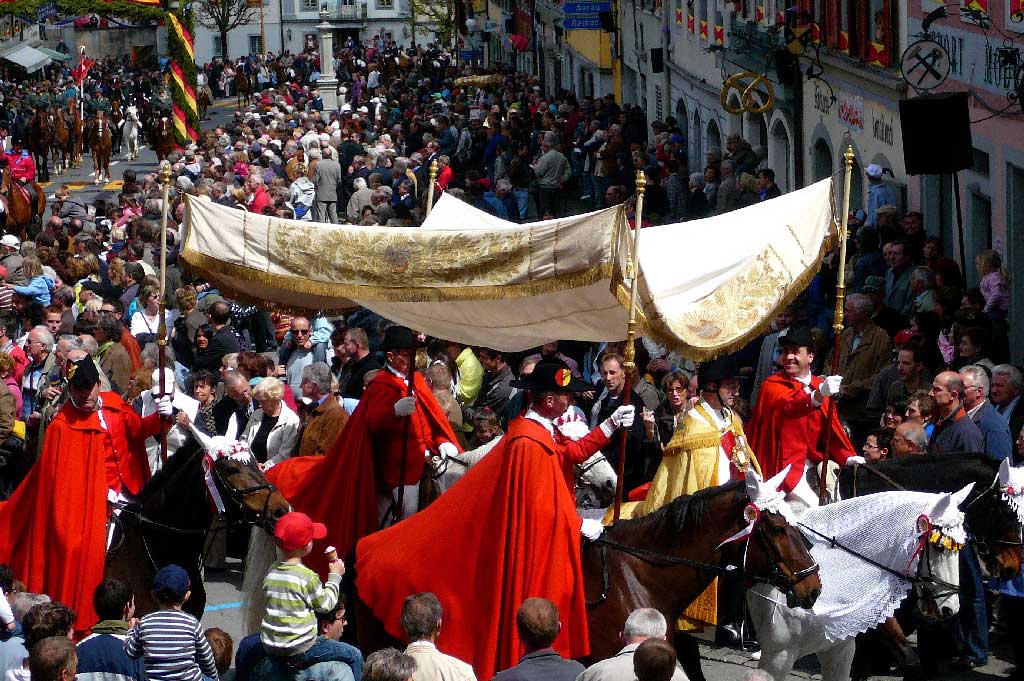 Ceremonial and supplicatory processions through fields and meadows on and around Ascension Day (the festival marking Christ's ascension to heaven on the fortieth day after Easter) were once widespread in Catholic regions. Like the Corpus Christi processions, they took on their traditional festive character during the Counter-Reformation. In the Baroque period, they were often even more elaborate and at times pompous. Today, only the Canton of Lucerne has preserved these traditional Ascension Day processions in the form of a religious ritual. Extended processions take place in six locations, with participants travelling either on foot or by horse, depending on their function in the traditional hierarchy. The largest, oldest and most famous of these events is the Ascension Day procession in Beromünster. Each year, around 1,000 people embark on the 18-kilometre route, or at least individual stages of it, in order to walk, meditate and pray in the company of others, receive blessings or listen to sermons by members of the clergy. From Beromünster, the procession follows a fixed, centuries-old route through neighbouring towns and villages, returning to the starting point after eight-and-a-half hours. There it is met by up to 5,000 people, who come to celebrate the end of the festival together with the pilgrims.