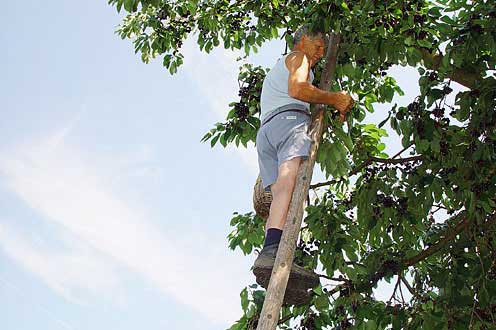 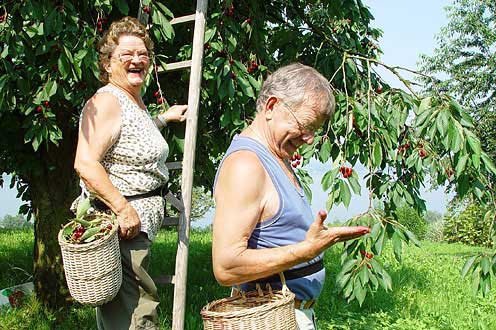 Oberwil bei Zug, July 2009: the cherry pluckers climb into the trees with a basket hung around their waist © Ueli Kleeb, Zug/IG Zuger Chriesi 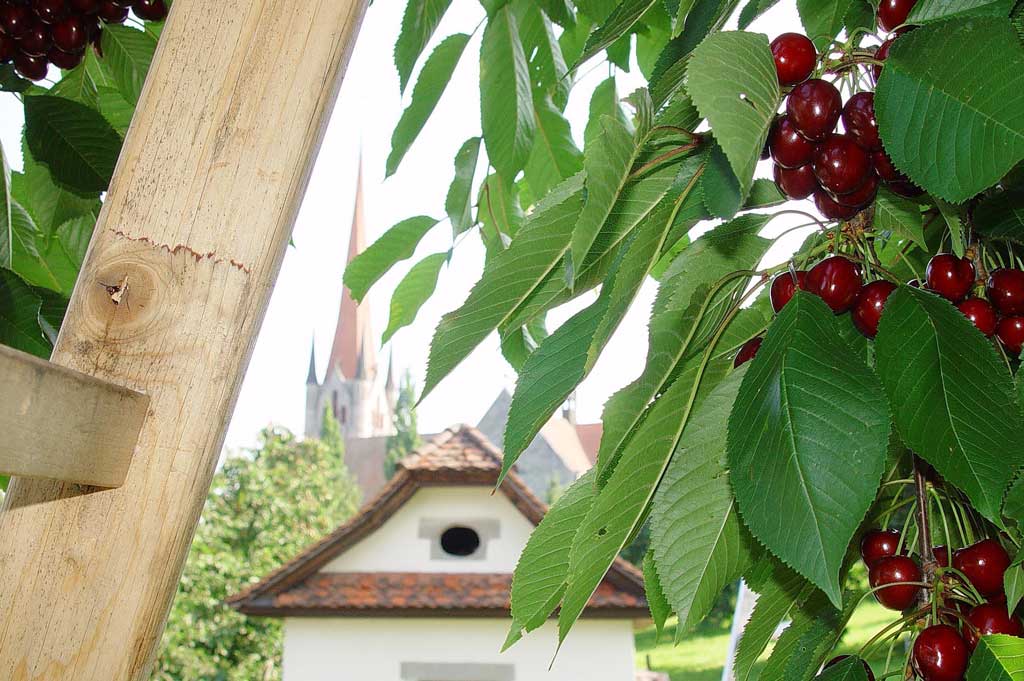 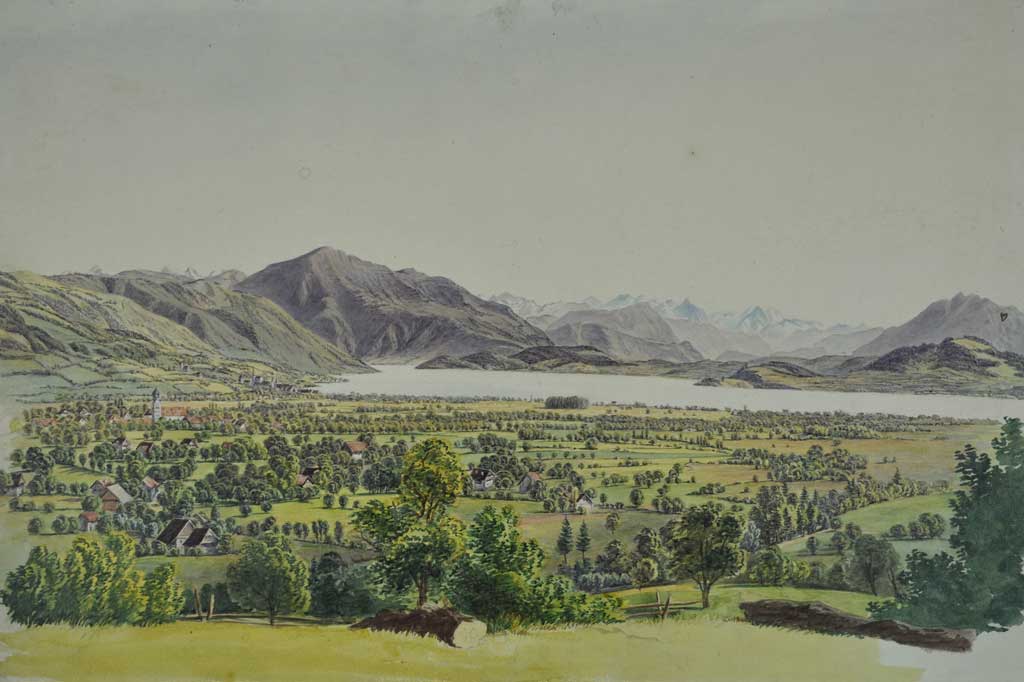 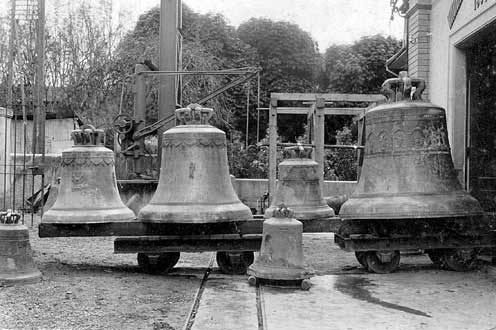 Zug, 1902: the bells of the old St. Michael's Church after they had been taken down. At the far right is the "Chriesiglocke" (cherry bell) © IG Zuger Chriesi 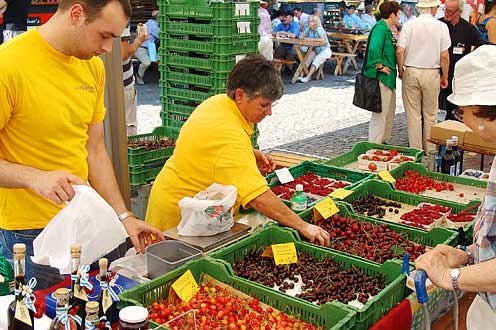 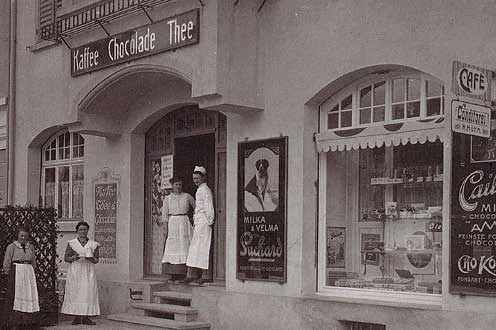 Alpenstrasse in Zug, around 1914: the inventor of the Zug cherry cake Heinrich Höhn, with his wife Hanna and staff © IG Zuger Chriesi 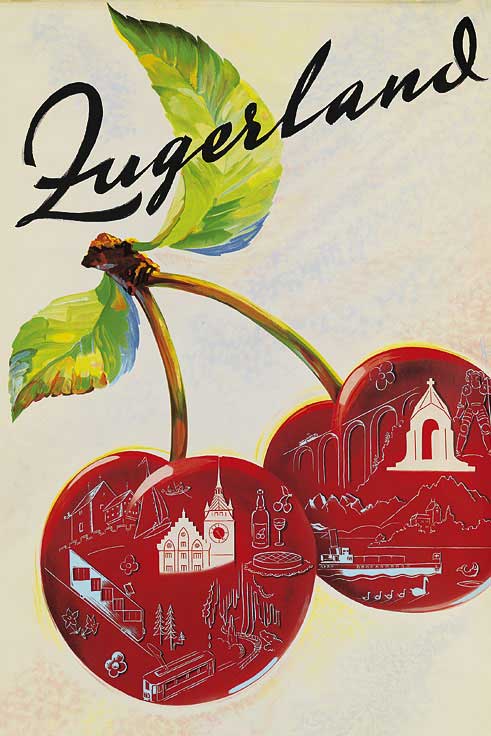 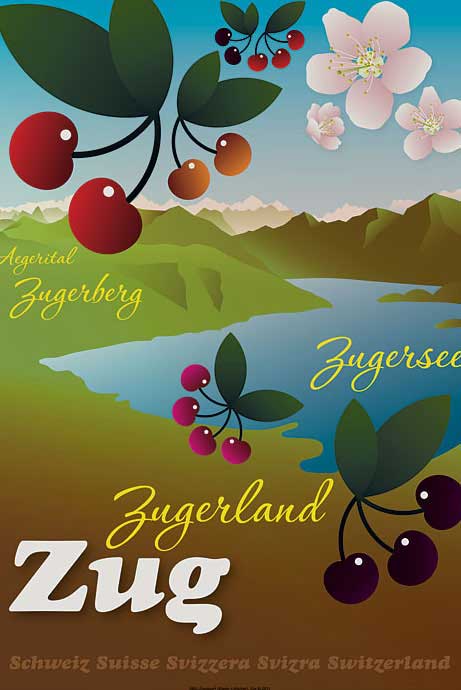 The cultivation of 'Chriesi' (cherries) has long played an important role in the canton of Zug, firstly as an economically significant branch of agricultural production and in the 20th century as an identity-reinforcing characteristic of a rapidly developing region. The first evidence of what are thought to have been relatively extensive orchards of sizeable cherry trees dates back to the 17th century. A document from the year 1627 refers to a cherry market in the town of Zug. Recipes for cooking and making drinks out of cherries are first seen in the 18th century. The distillation of cherries to make schnapps has a particularly long tradition in this canton. Founded in 1870, the 'Kirschwasser-Gesellschaft in Zug' (Zug Kirsch Company) achieved considerable success at the end of the 19th century through global marketing of kirsch distilled in Zug. Zug-based pastry chef Heinrich Höhn invented the Zuger Kirschtorte (Zug cherry cake) around the year 1915. Today, a number of industrial and numerous farmhouse distilleries in the region turn out more than 60,000 litres of kirsch every year, of which around 15,000 litres are required for Zuger Kirschtorte production alone. Due to extensive construction work and the general decline in agriculture, the population of cherry trees shrank in the 20th century. Since 2008, an interest group has been countering this trend with targeted cultivation programmes. Around three-quarters of the over 400 farms in the canton grow cherries.