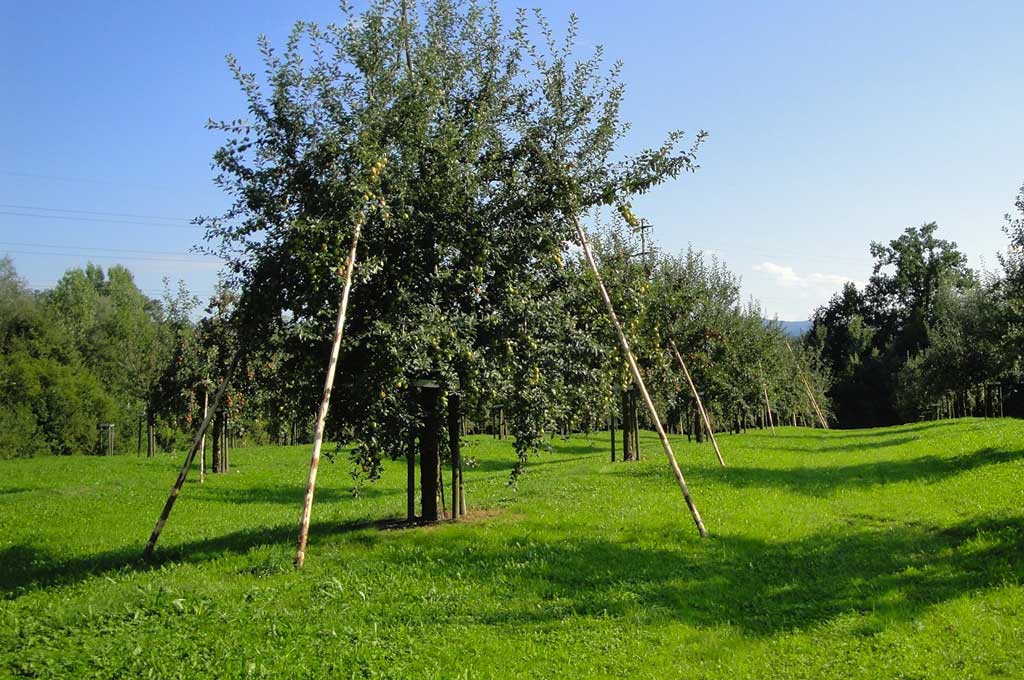 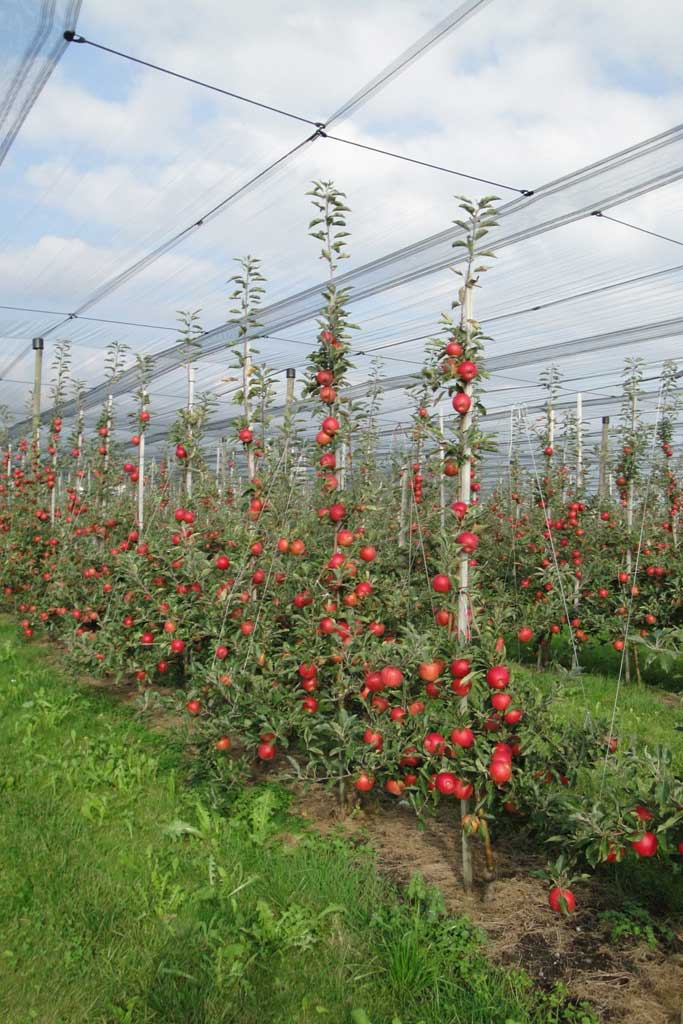 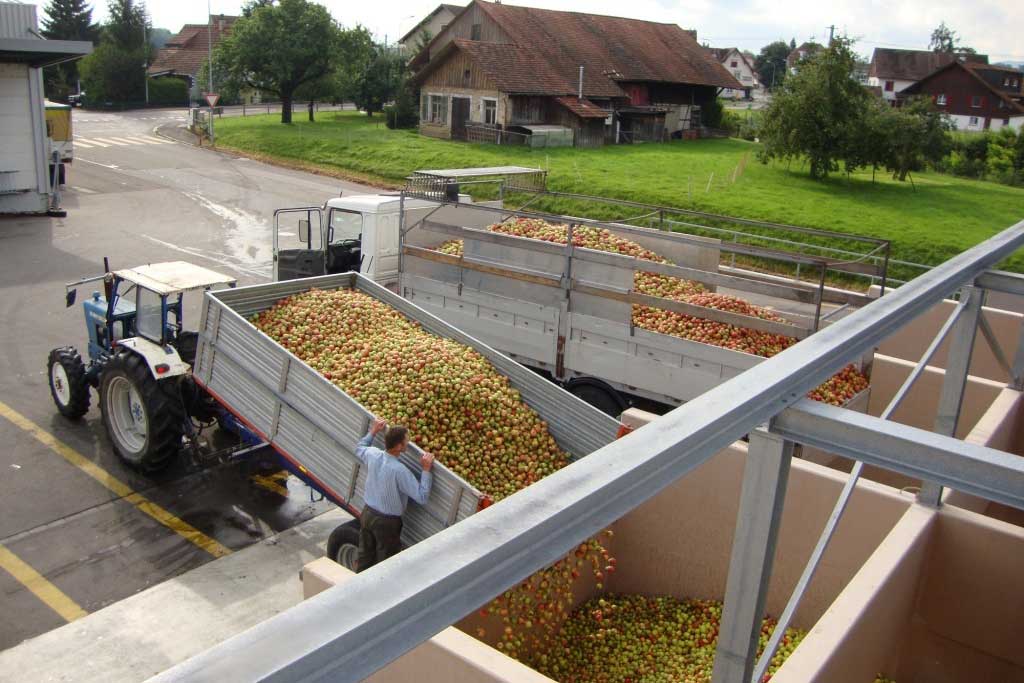 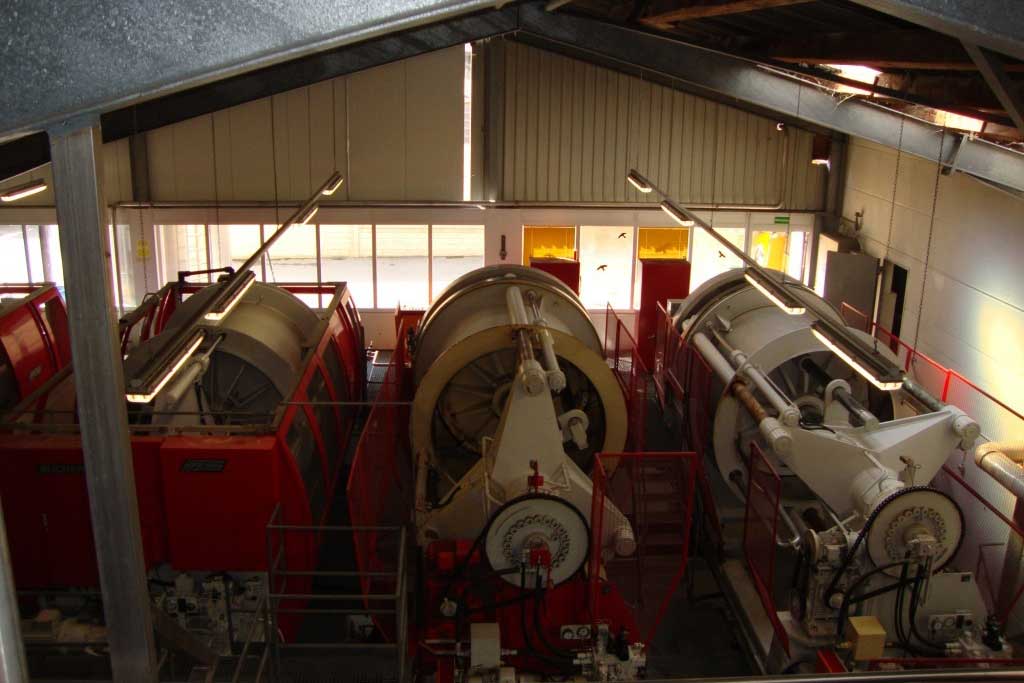 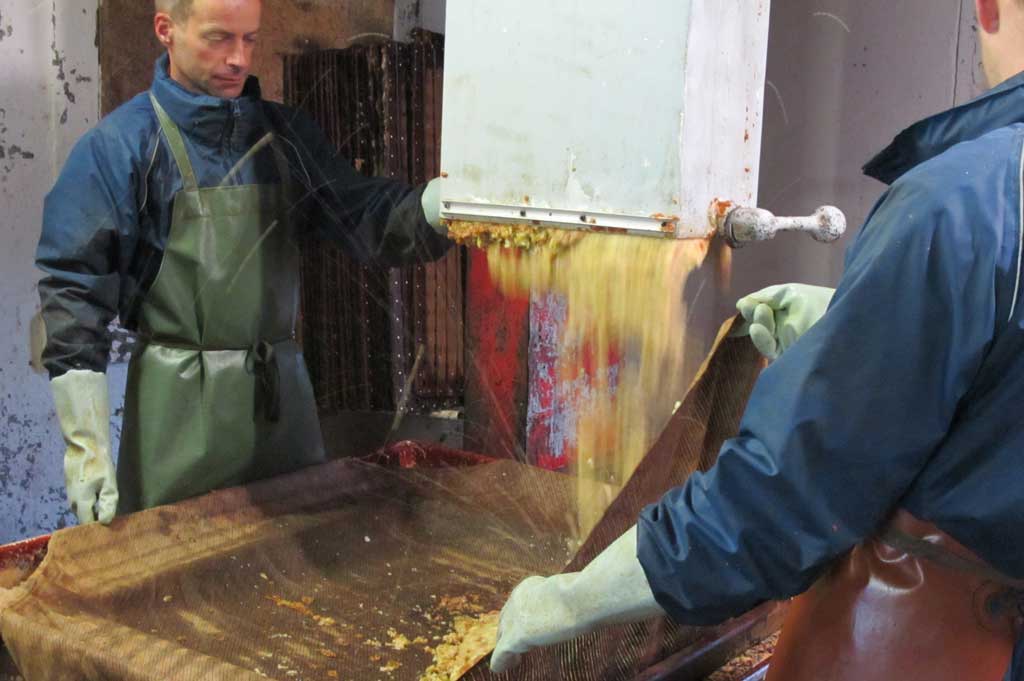 The packing press being filled with mash © Martina Obrecht, 2011 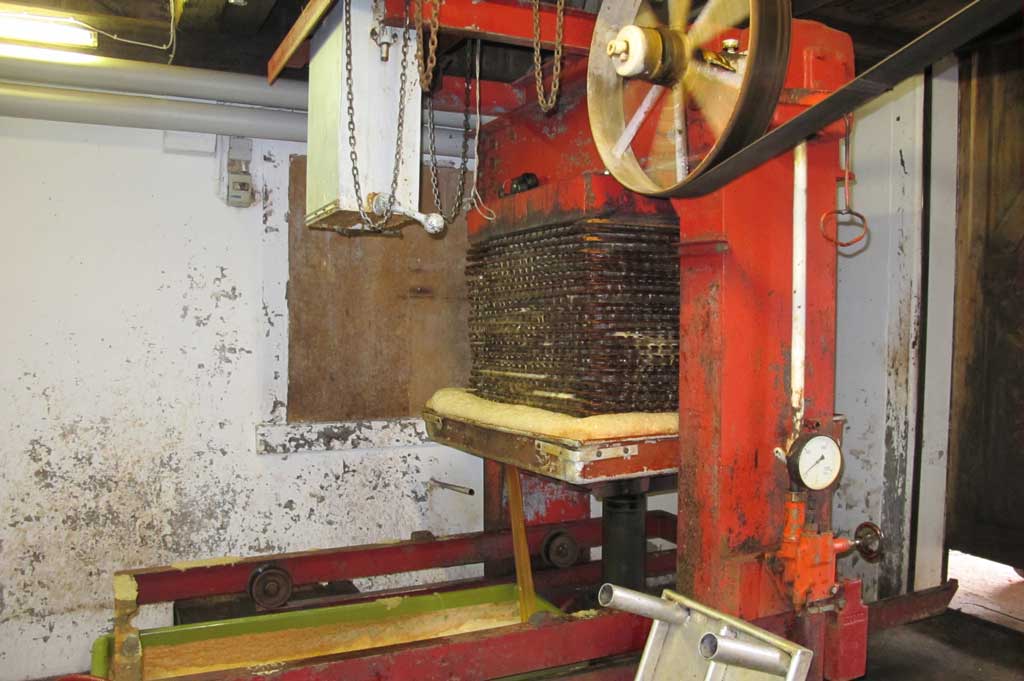 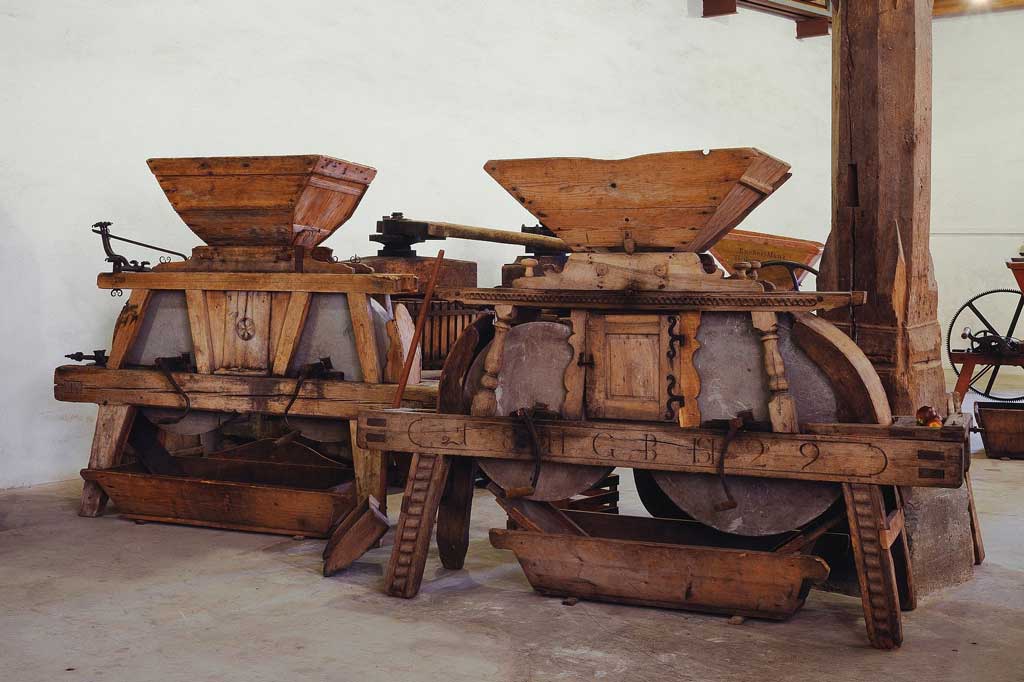 The canton of Thurgau, is the leading fruit growing area in Switzerland and its largest apple producer. One in three eating apples consumed in Switzerland and almost half of apples used industrially in the production of cider and juice across the whole country come from Thurgau, and the canton is also home to several large cider mills. The fruit is grown almost exclusively in family-run orchards. The harvest from the low-growing plantations is predominantly used for the production of eating fruit, while the fruits of the more traditional high-growing trees are either used by the orchard family themselves or put into industrial processing. The high-growing trees that once dominated the landscape, particularly in Oberthurgau, made way for the low-growing plantations in the 1950s. Uniquely in Thurgau, high-growing trees were planted on the crest of the hills to exploit climatic conditions. Although many of the trees have been cleared, this feature can still be seen in many areas.