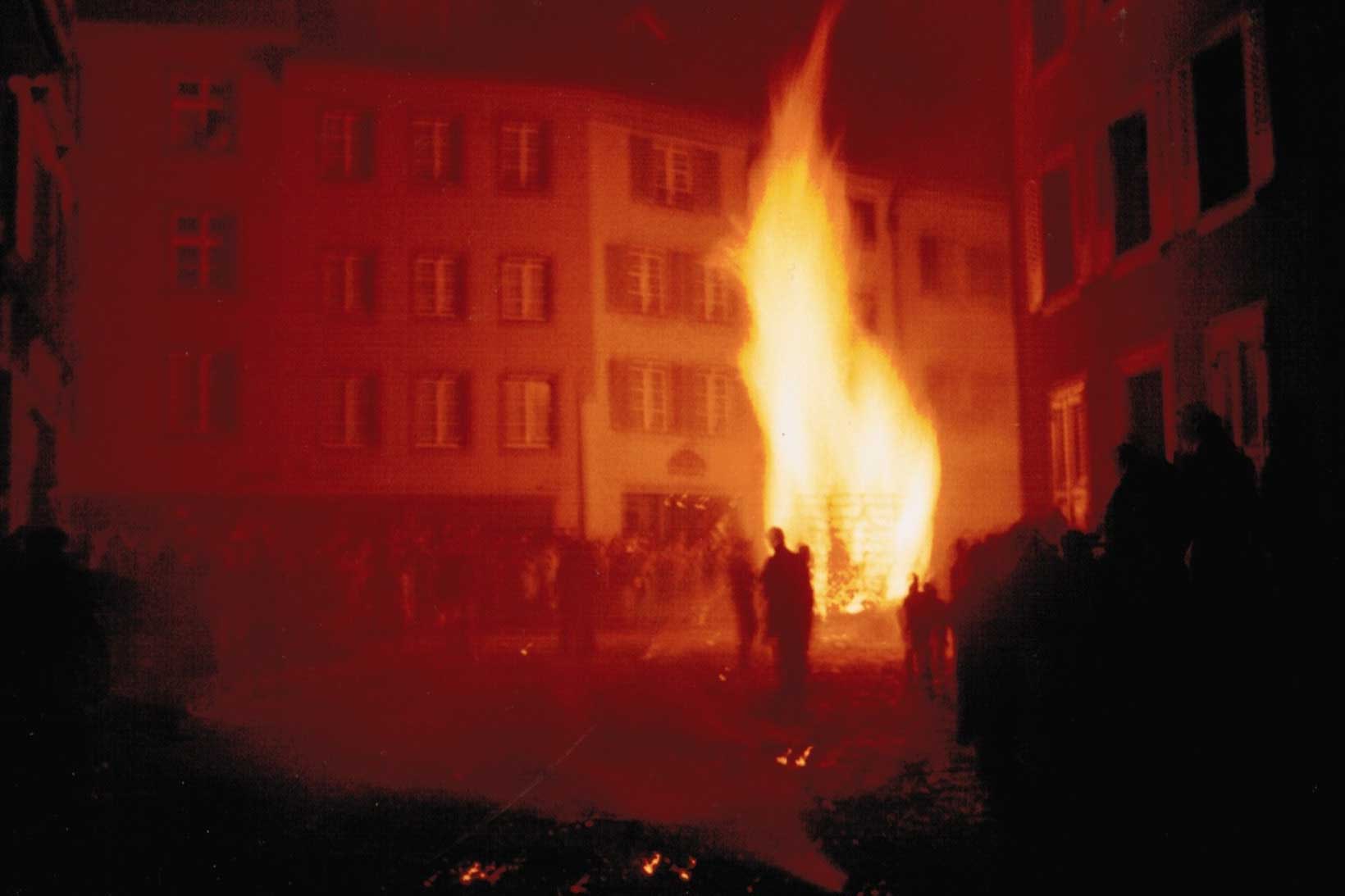 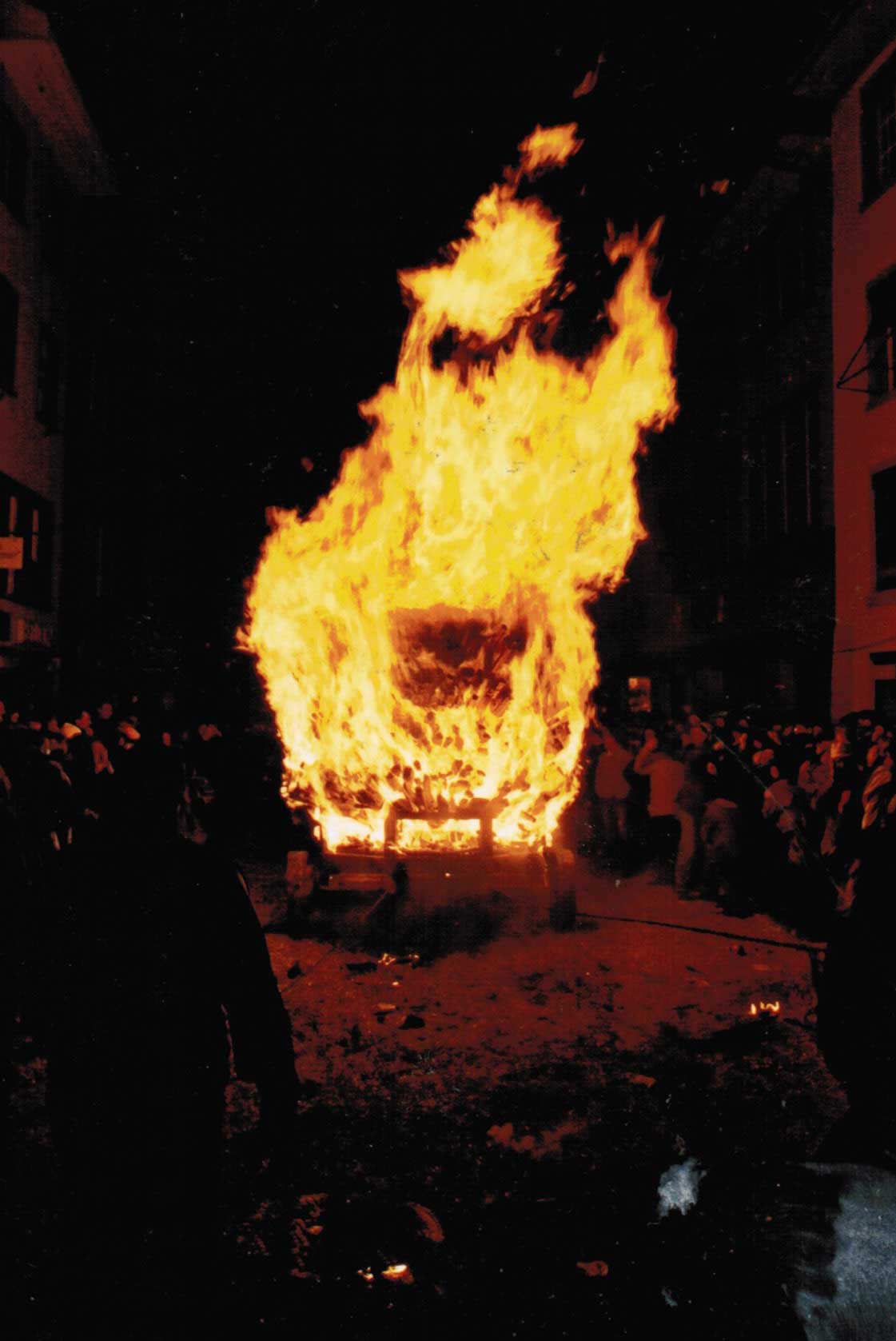 The crowd recoiling as they are met with the infernal heat of the burning cart, 2004 © Hanspeter Meyer 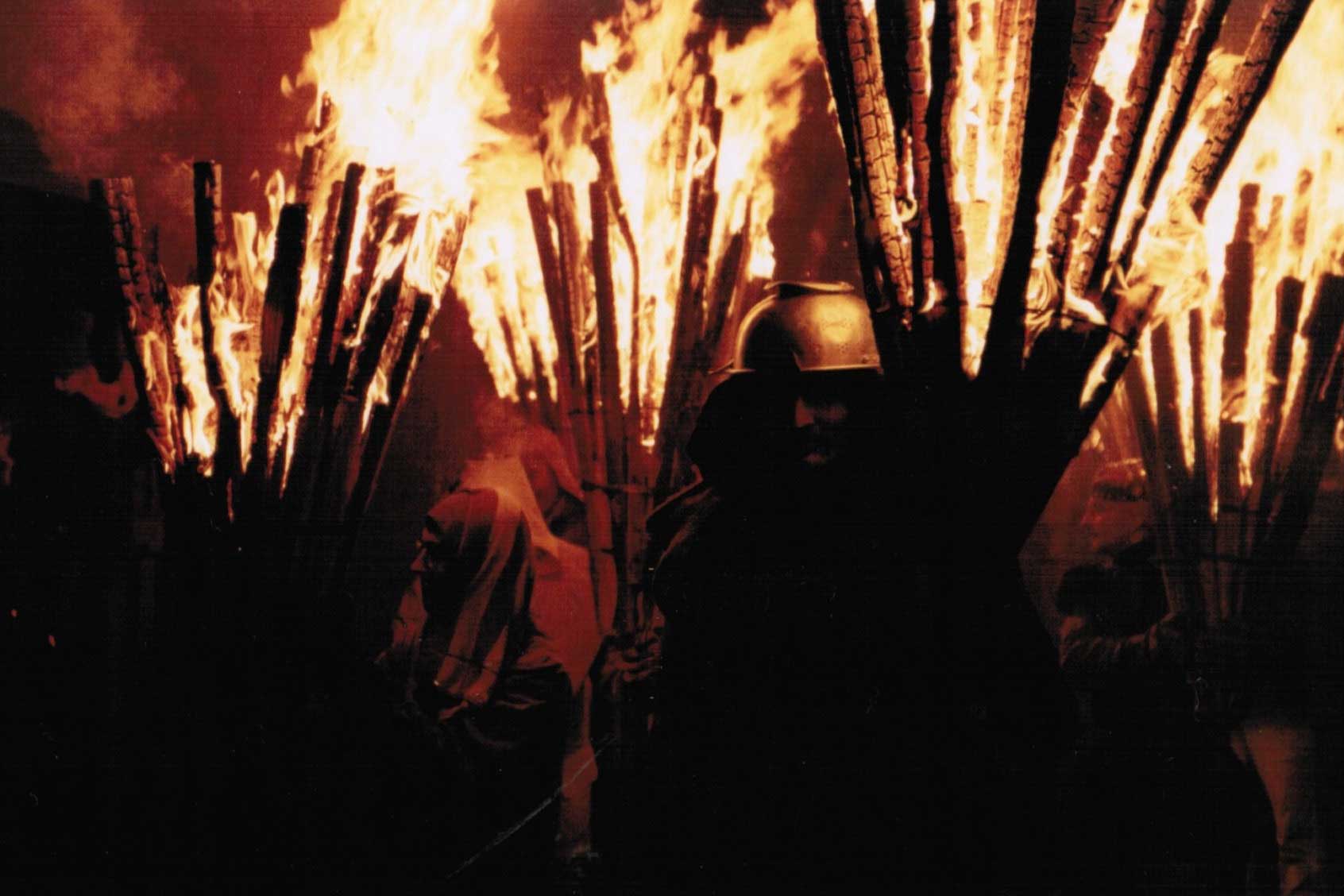 Participants protecting themselves from the blaze with fireman’s helmets; in earlier times salad bowls were used, 2004 © Hanspeter Meyer 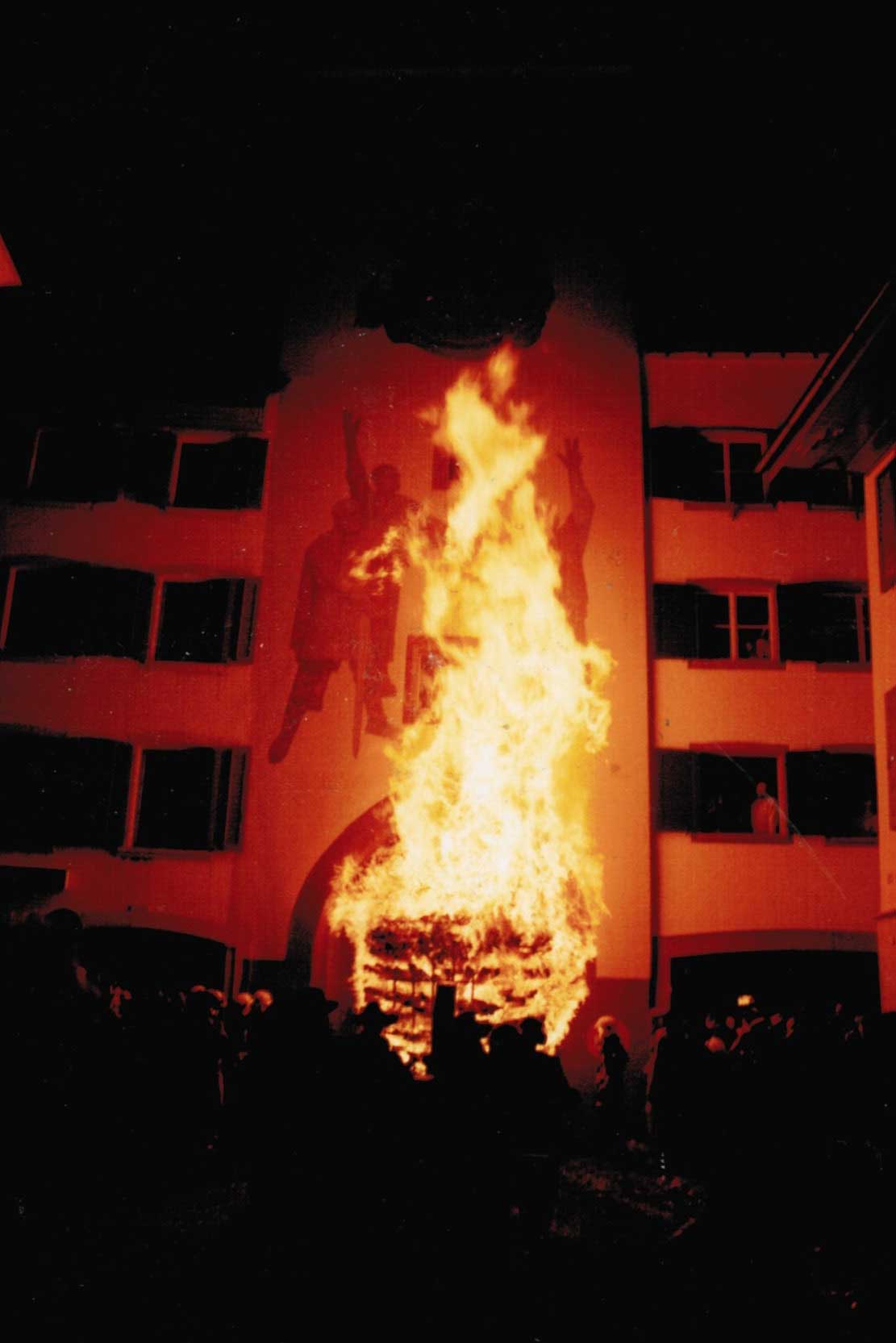 The sight of the blazing fire cart rolling through the Liestal city gates is particularly impressive, 2004 © Hanspeter Meyer

On the first Sunday of Lent, i.e. the first Sunday after Ash Wednesday, the canton of Basel-Landschaft comes alight with carnival bonfires and torchlight processions. In the 1930s, the torchlight procession in Liestal, the cantonal capital, expanded into a giant fire show on the initiative of a group from the gymnastics club. Today, “Chienbäse” is run by the Liestal Carnival Committee on behalf of the town council. Spectators watch a procession of large burning torches (“Chienbäse”) and about twenty burning carts go by. The torches are hand-made from pinewood by the participants themselves, and the carts are also made especially for the event by the “Füürwägeler” or “fire carters”. Around 90 cubic metres of wood are used each year, all provided by the local municipal authority. The fiery extravaganza is preceded by a procession of painted lanterns carried by carnival groups, who drum and pipe their way around the town.

Köhlern – a method of charcoal production in Entlebuch