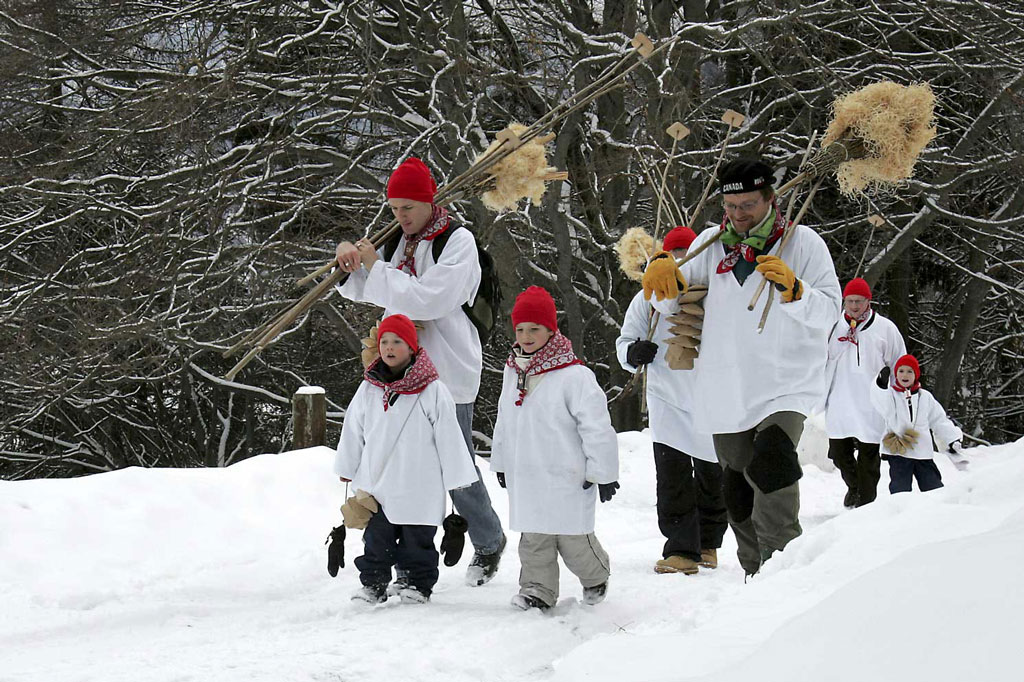 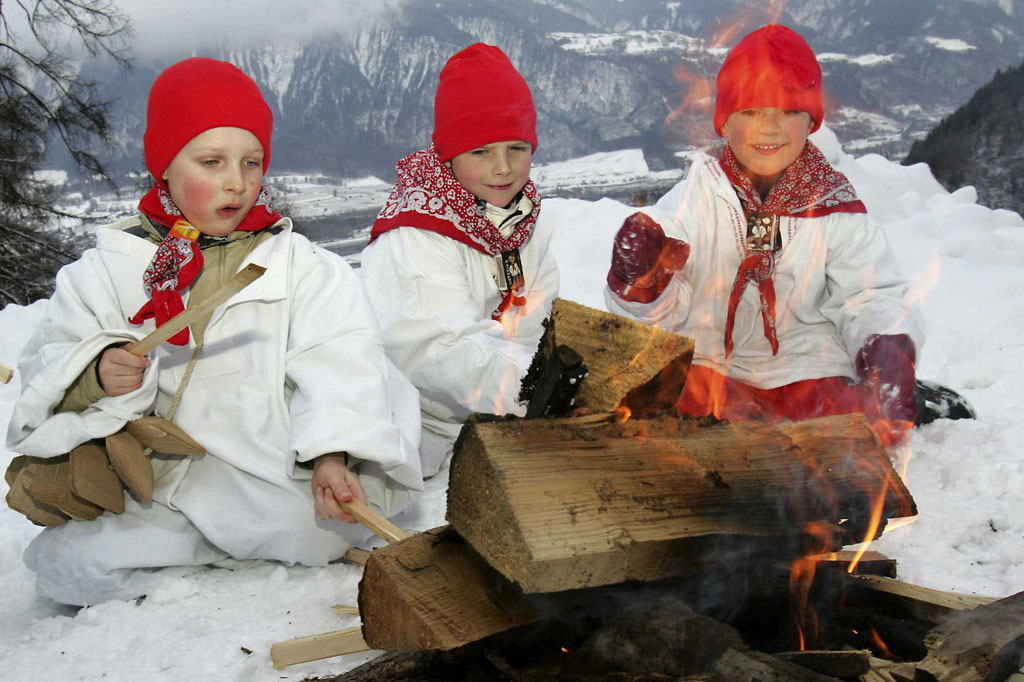 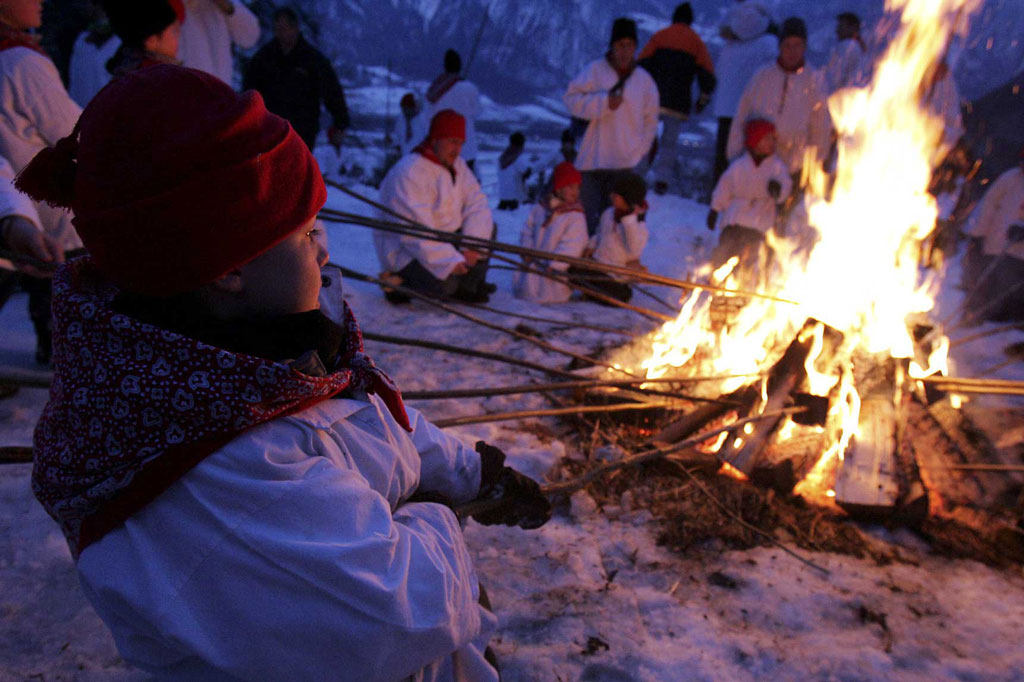 Discs being held in the fire until they glow red hot © Nicola Pitaro, 5. März 2006 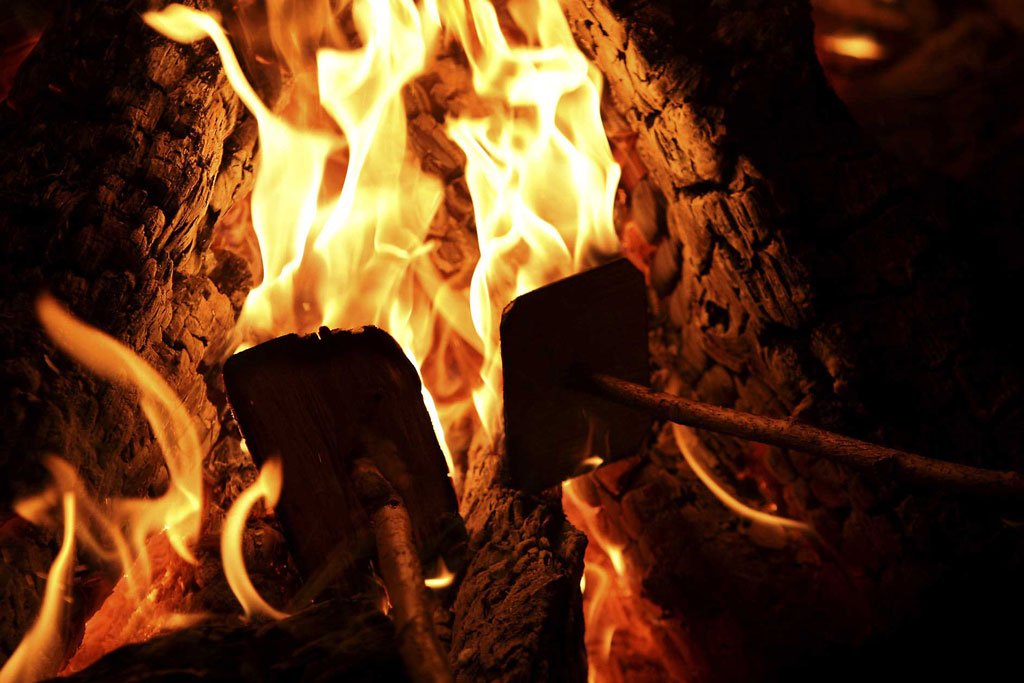 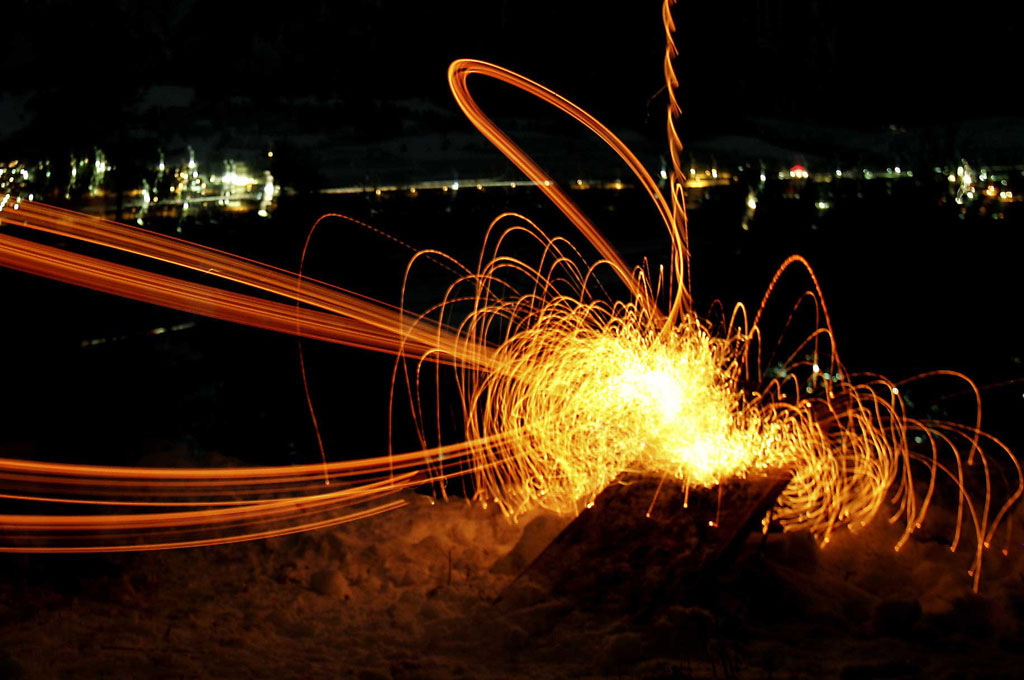 Launching the wooden discs into the valley below © Nicola Pitaro, 5. März 2006 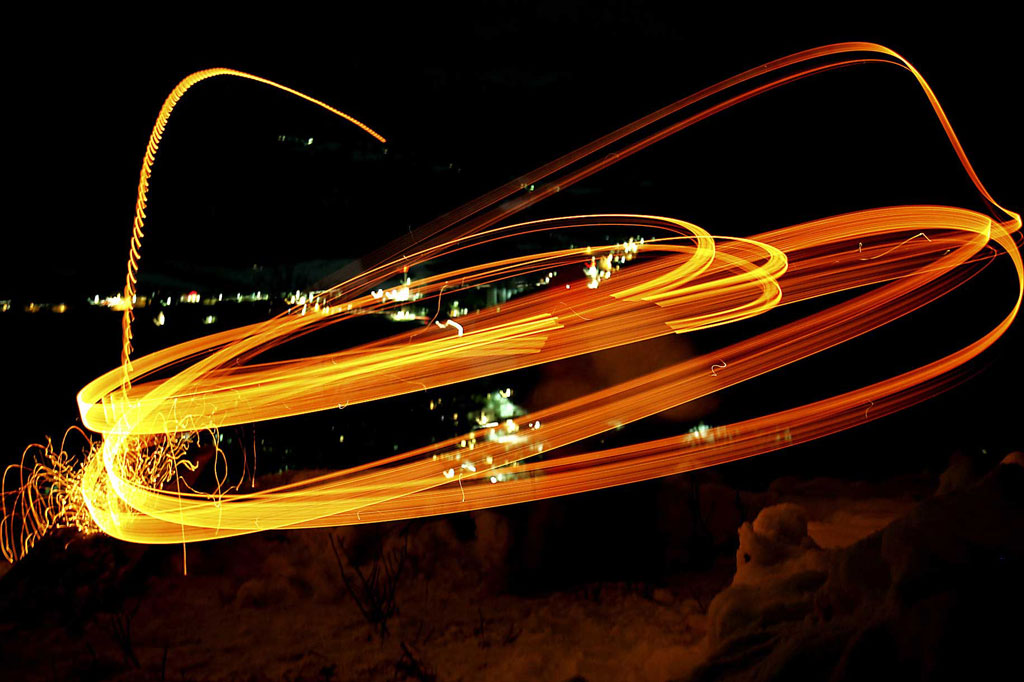 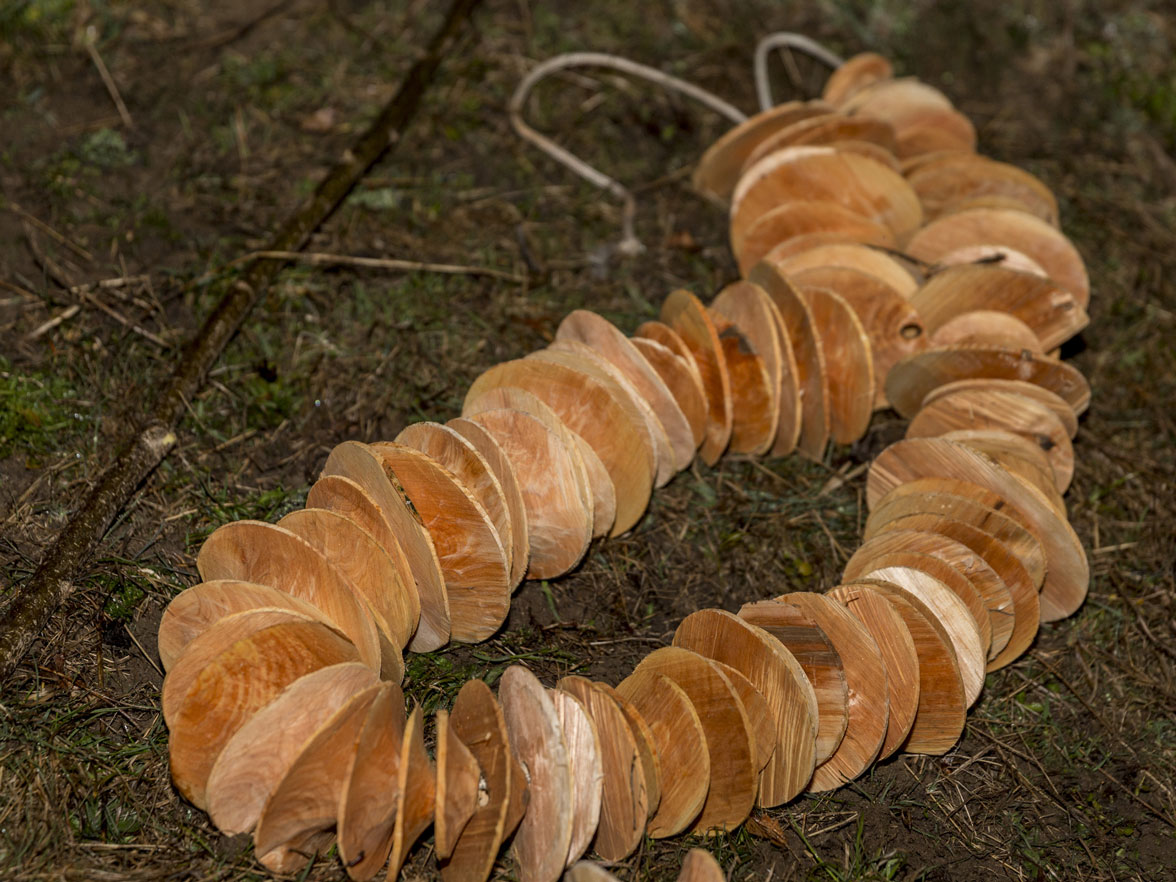 The wooden discs made out of beechwood (Danis-Tavanasa, 4.3.2017) © Steffi Blochwitz/Surselva Tourismus AG 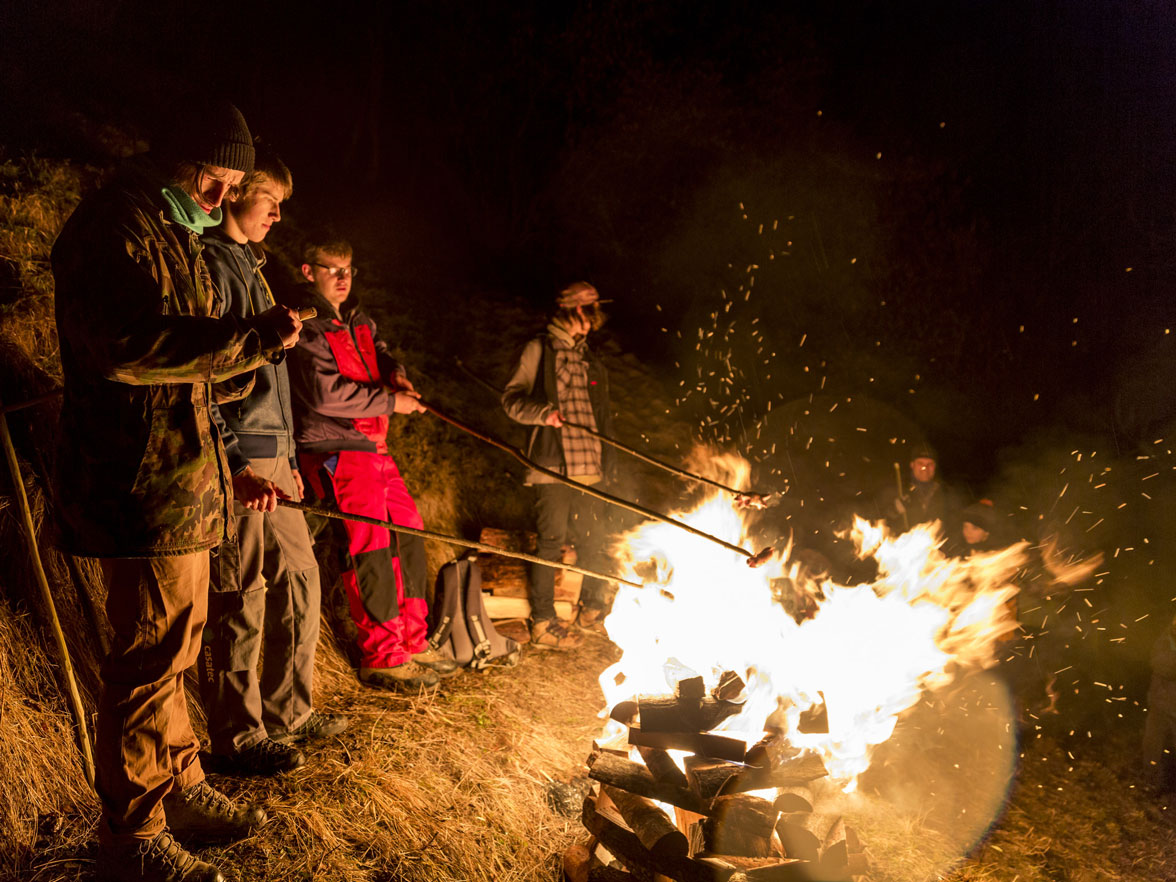 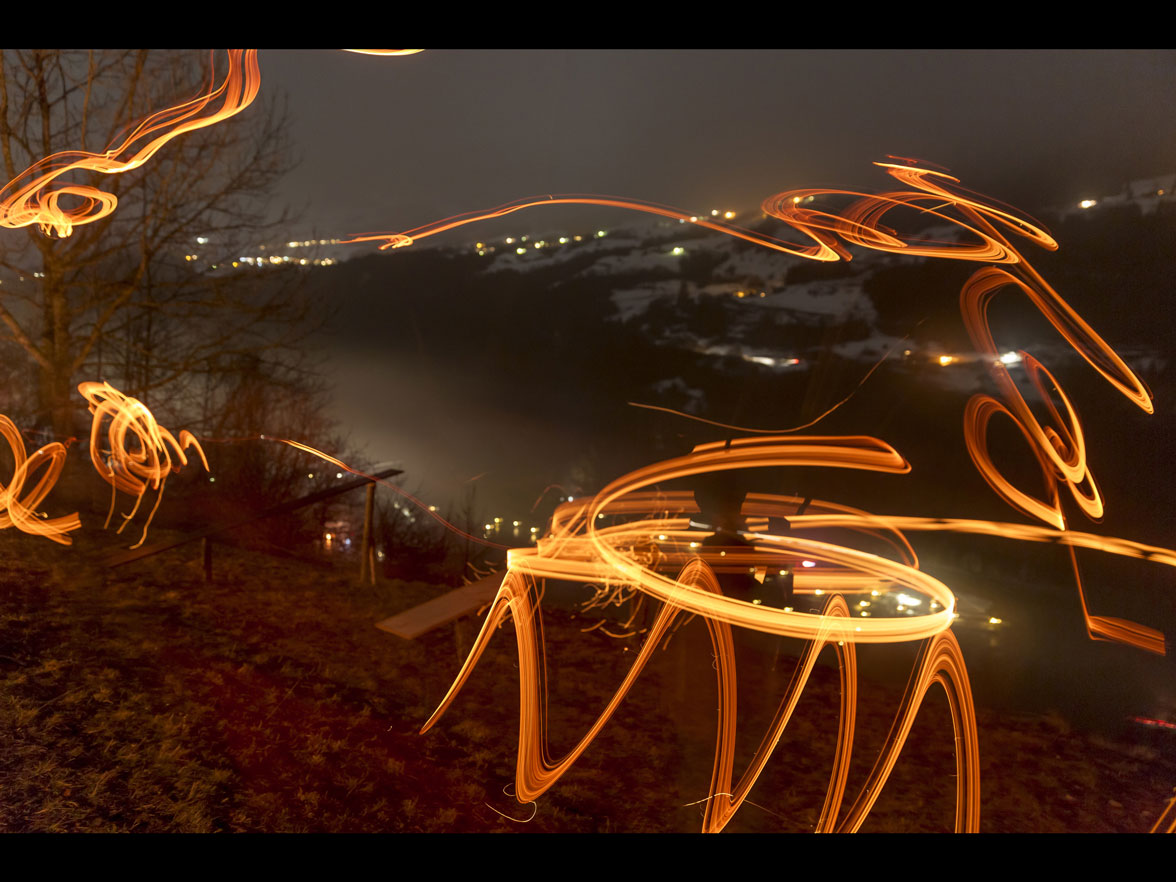 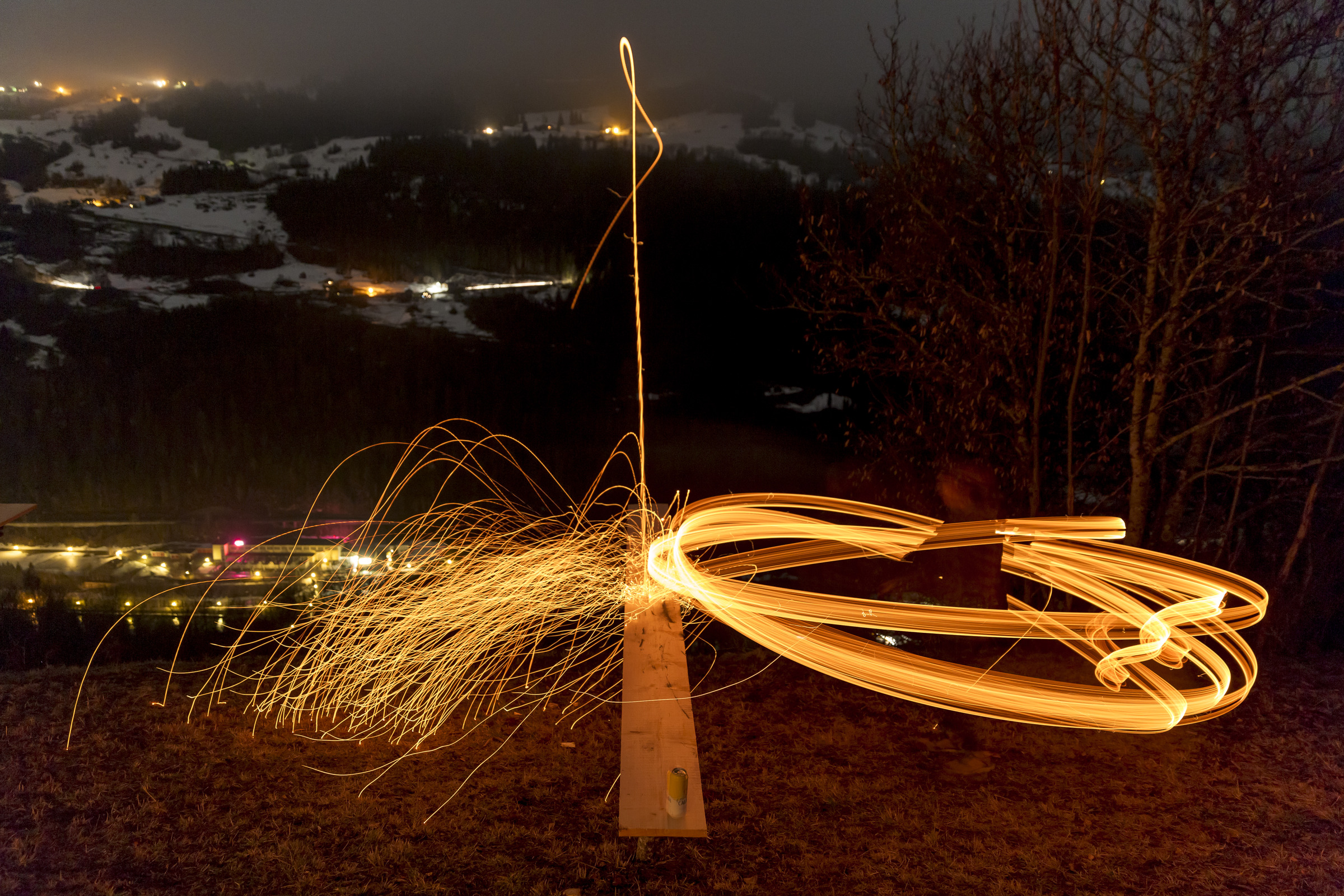 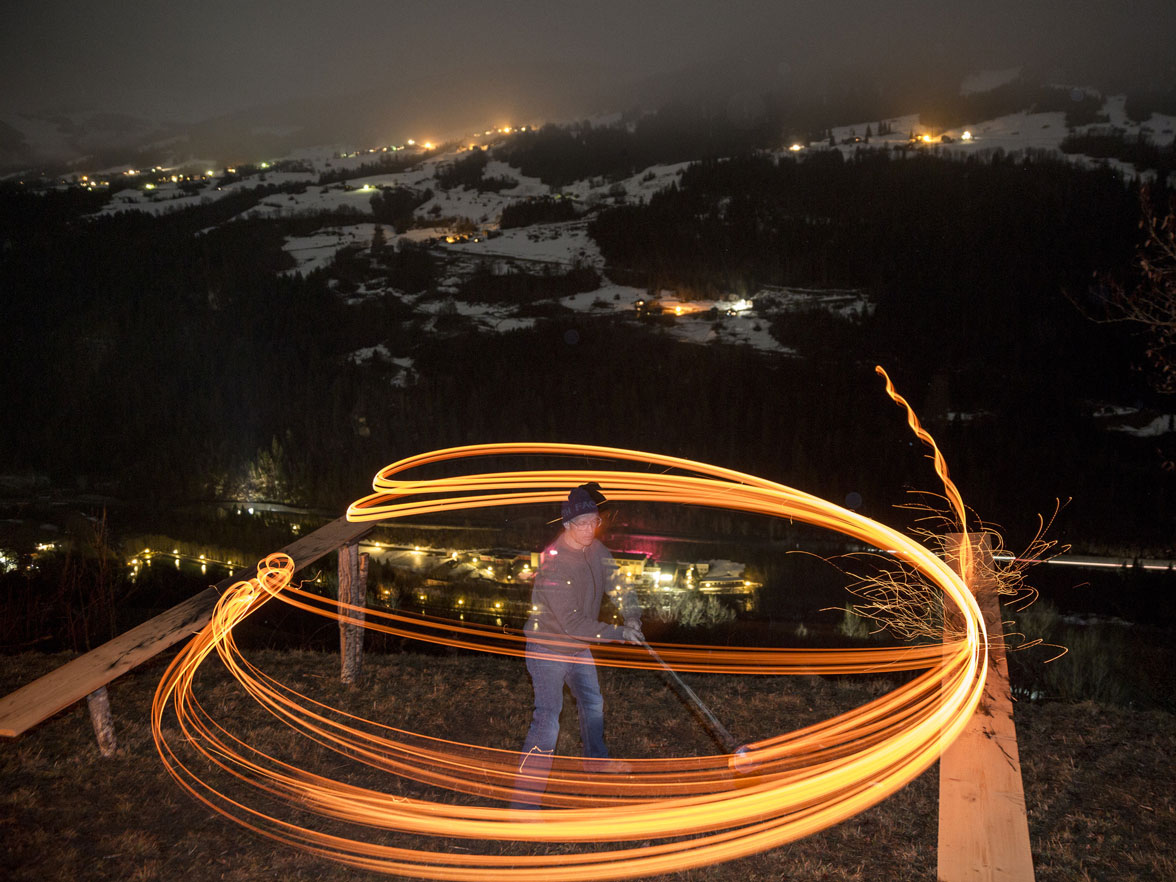 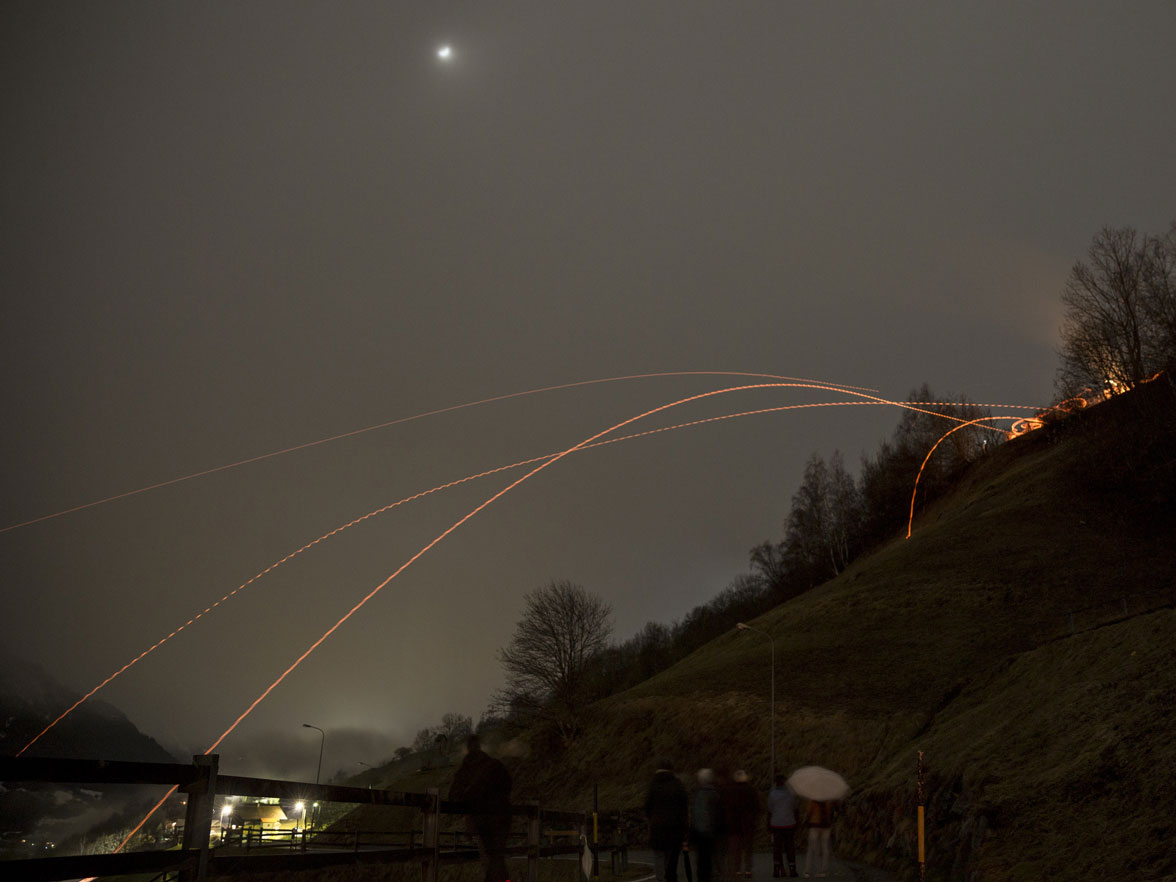 The tradition of the disc beating takes place on the first Sunday of Lent in Untervaz and sees boys and young men hurling burning wooden discs from elevated land down into a valley. As soon as darkness sets in, the young men make their way to the various designated sites above the village. Each of them carries a flaming torch, a long hazel rod and wooden discs made out of beechwood. The discs have been cut out, dried and threaded onto a cord in the period following New Year. Having reached the site, the men put the discs onto the rods one by one, light them in the fire and then swing them along the wooden starting ramp, hurling them down into the valley below.

The launch of each disc is accompanied by a loud shout from the launcher, dedicating the disc to a girl or unmarried woman. On the village square below, a band plays music for the assembled community, which sings the Scheibenschlagen song. When the last disc flies into the valley, the boys and men make their way back home with their burning torches. In the village, they visit the girls and women to whom their discs were dedicated and enjoy savoury carnival tarts. In the villages of Danis-Tavanasa and Dardin (Breil), the tradition is called «Trer schibettas» in Romansh and celebrated the Saturday before Sunday of Lent.