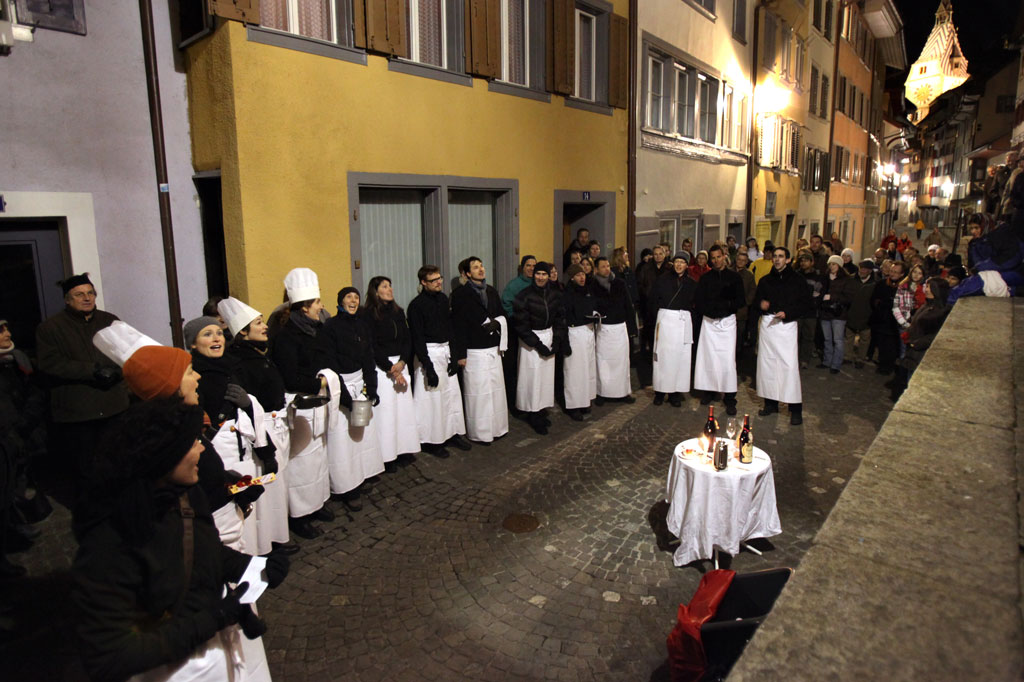 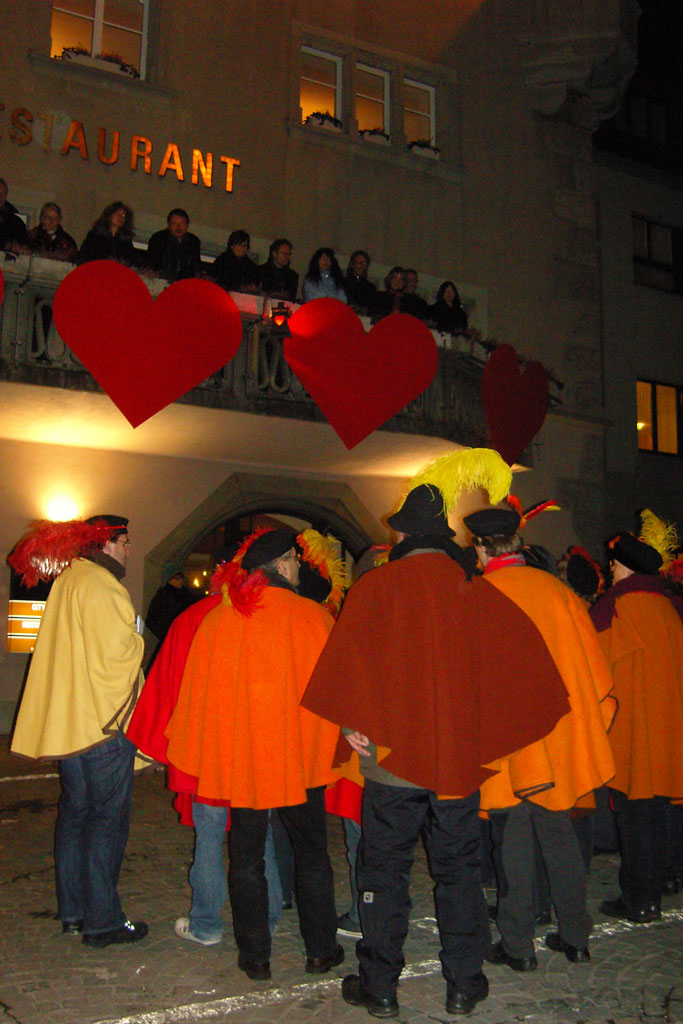 The “Fire and Flame” group singing up to the lovers and their guests standing on the balcony of the Hotel Ochsen, 2010 © Ernst Moos, Zug

The choir of a folk music group singing and receiving the basket of doughnuts on Kolinplatz square, 2010 © Ernst Moos, Zug 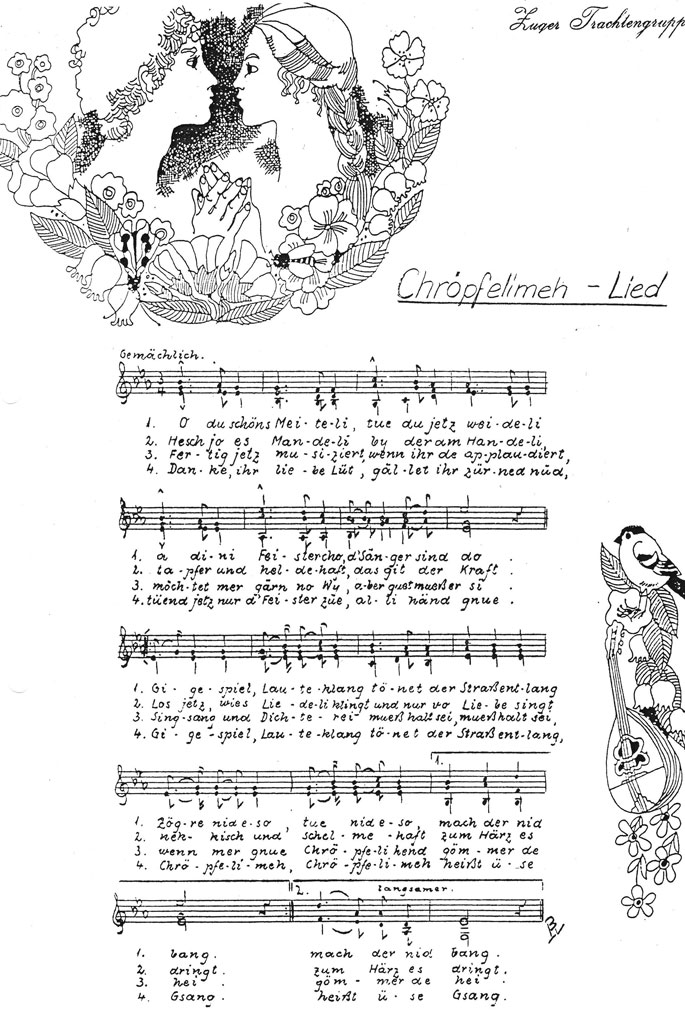 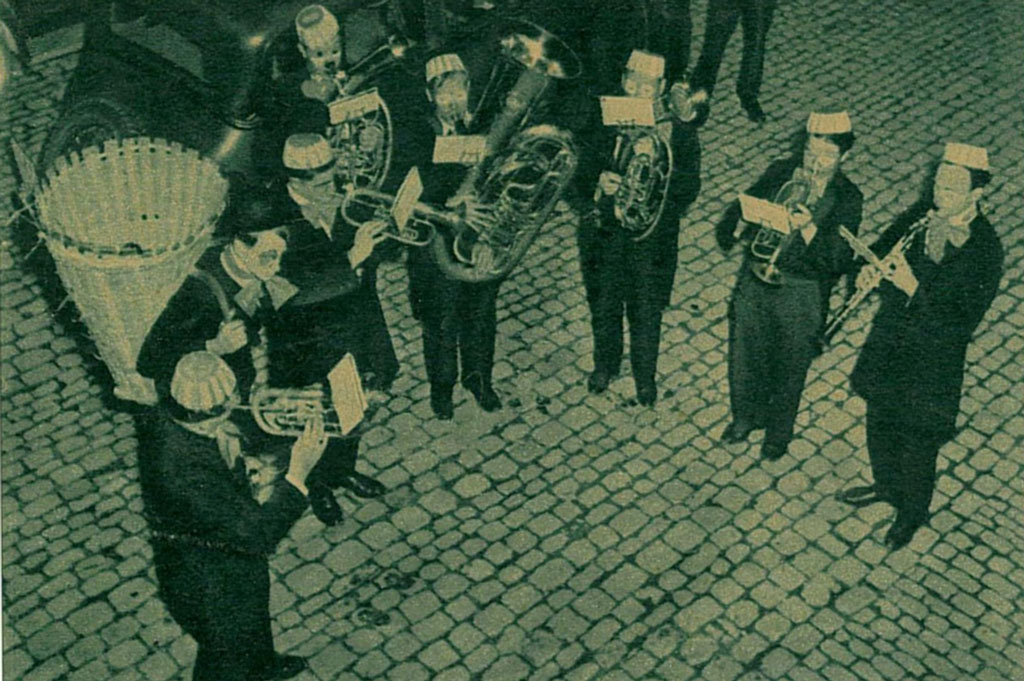 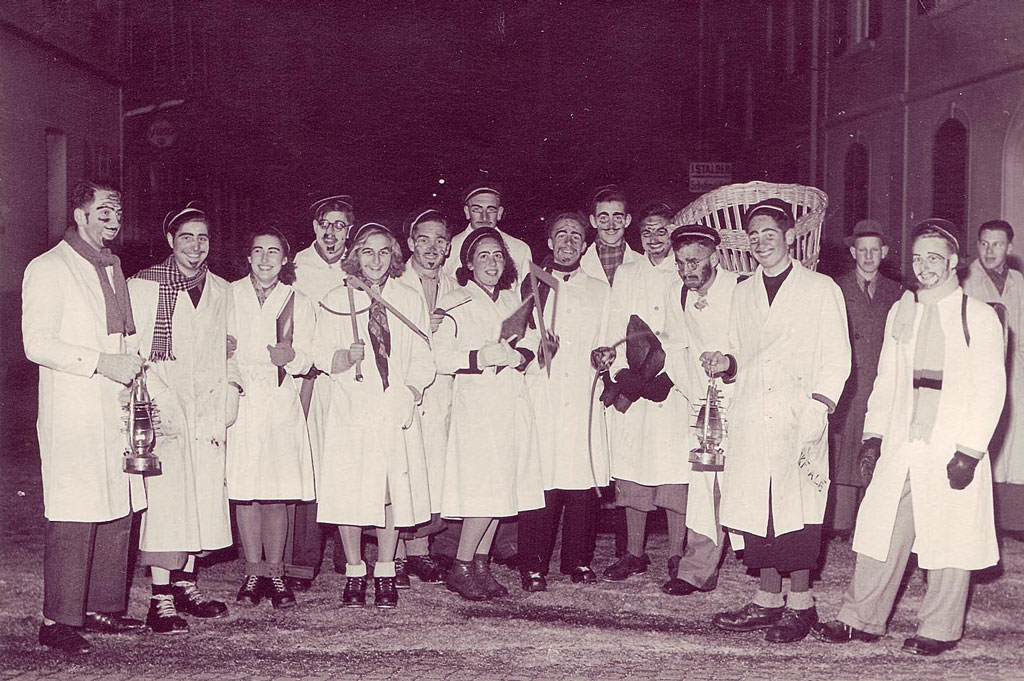 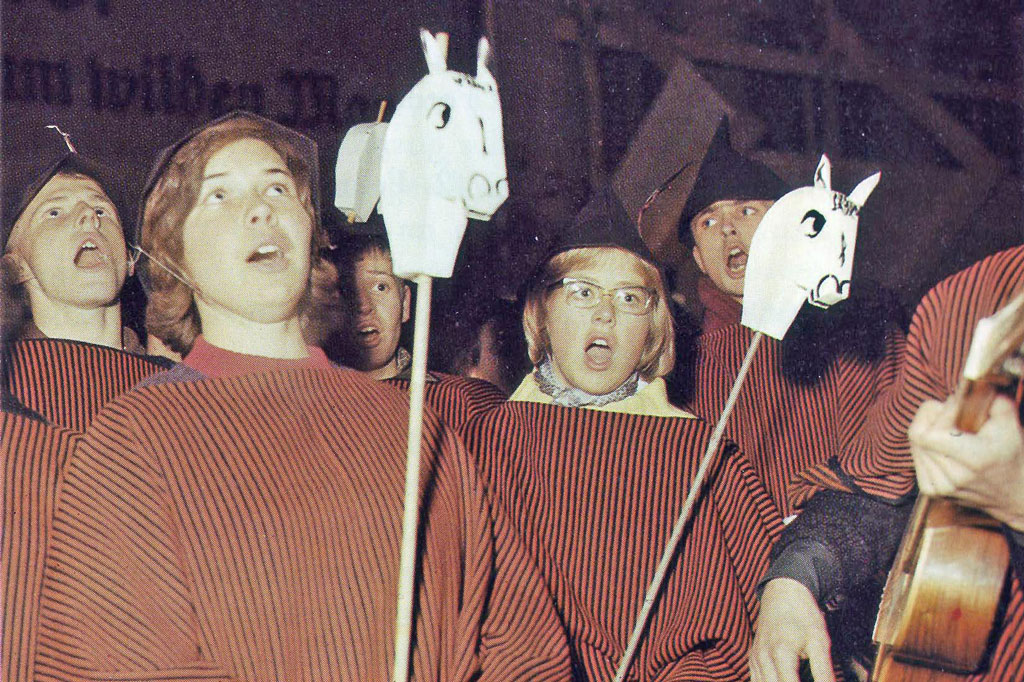 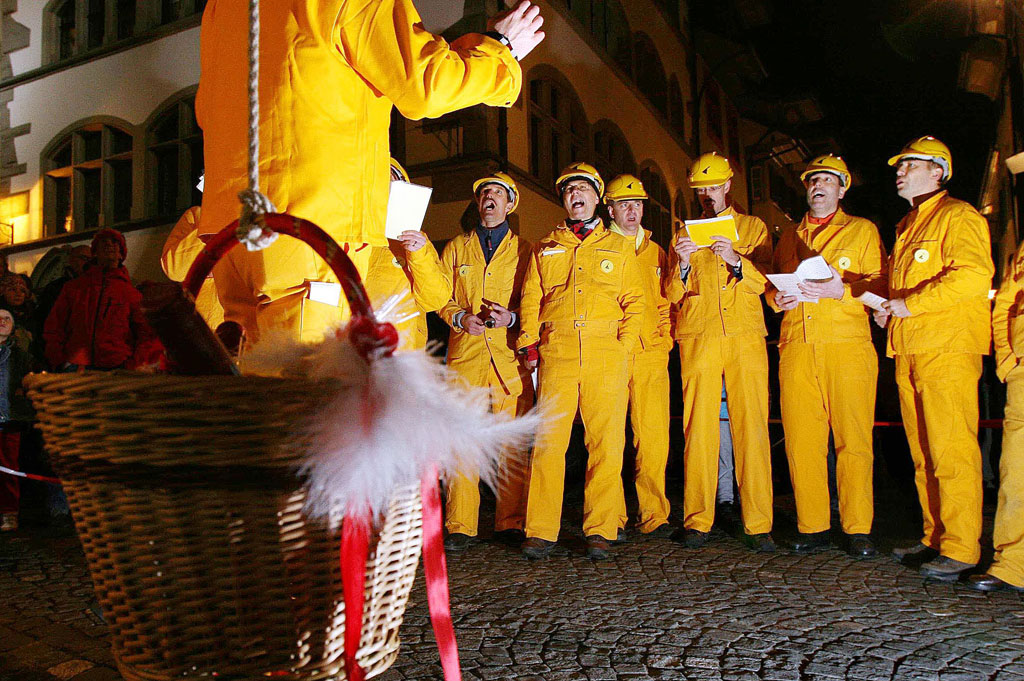 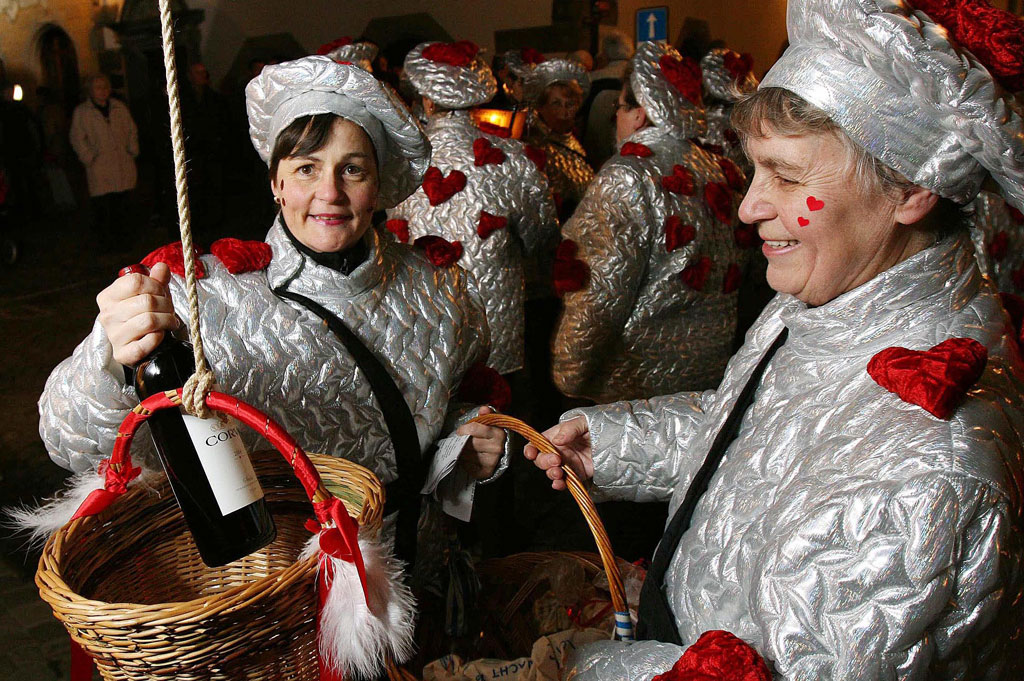 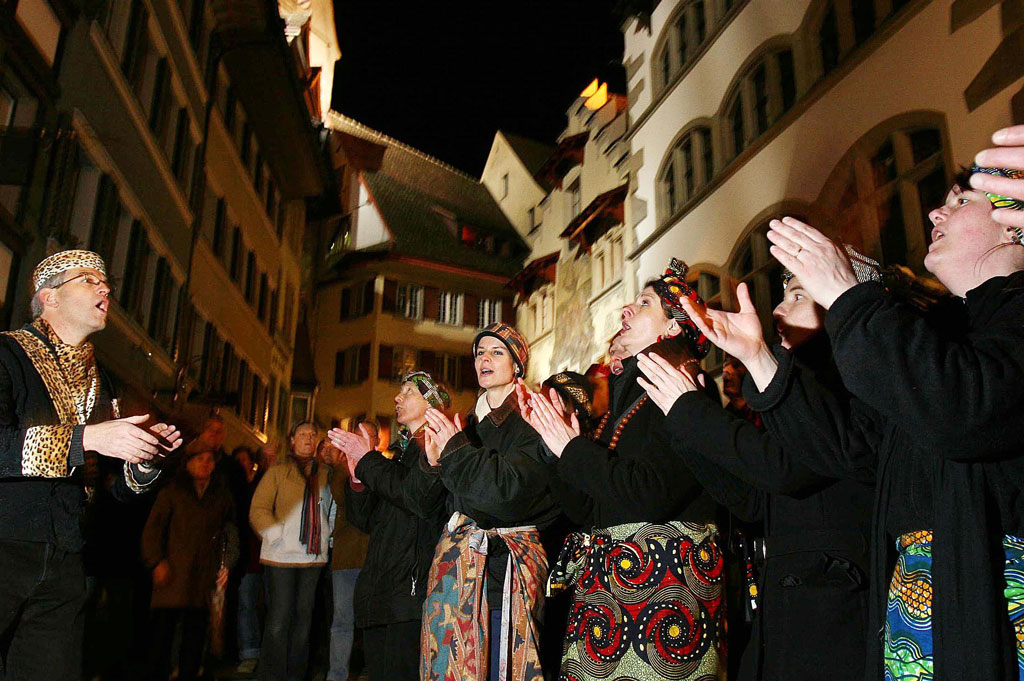 The rhythm of love: A singing group in front of the Old Town Hall in 2007 © Christof Borner-Keller/Neue Zuger Zeitung

Between 6 pm and midnight on the Sunday following Ash Wednesday, groups of singers walk through the centre of Zug dedicating their music personally to engaged couples and newly weds. As a reward they receive a basket of doughnuts (“Chrööpfe” in the local dialect) and wine, lowered by rope from the windows of the lovers' houses. The gift is presented when the singers perform the Chrööpflimee song, which always comes right at the end of their repertoire. The custom became a major event in the town’s calendar as early as the nineteenth century. It underwent significant changes in the second half of the twentieth century, when new groups assumed responsibility for keeping the custom alive.

The Zug Guild of Tailors, Cloth-Cutters and Traders