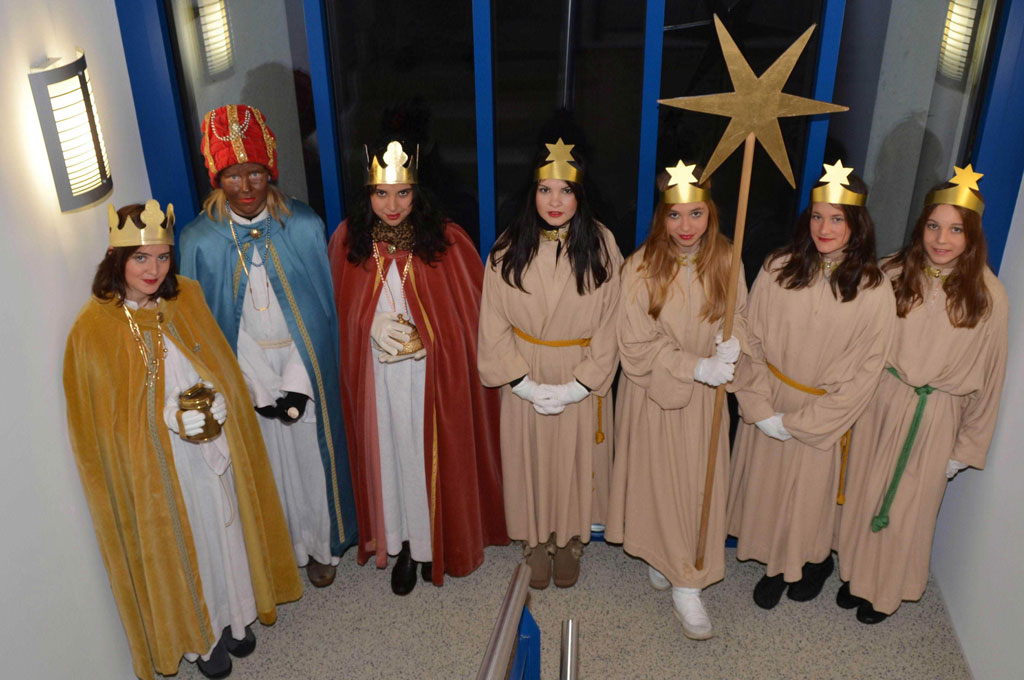 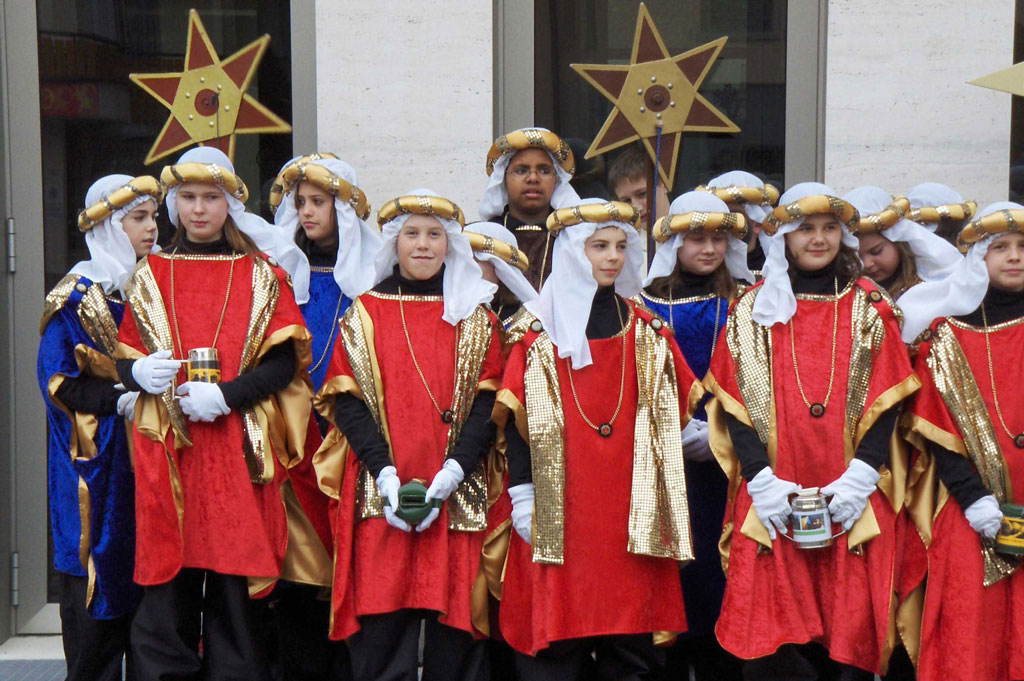 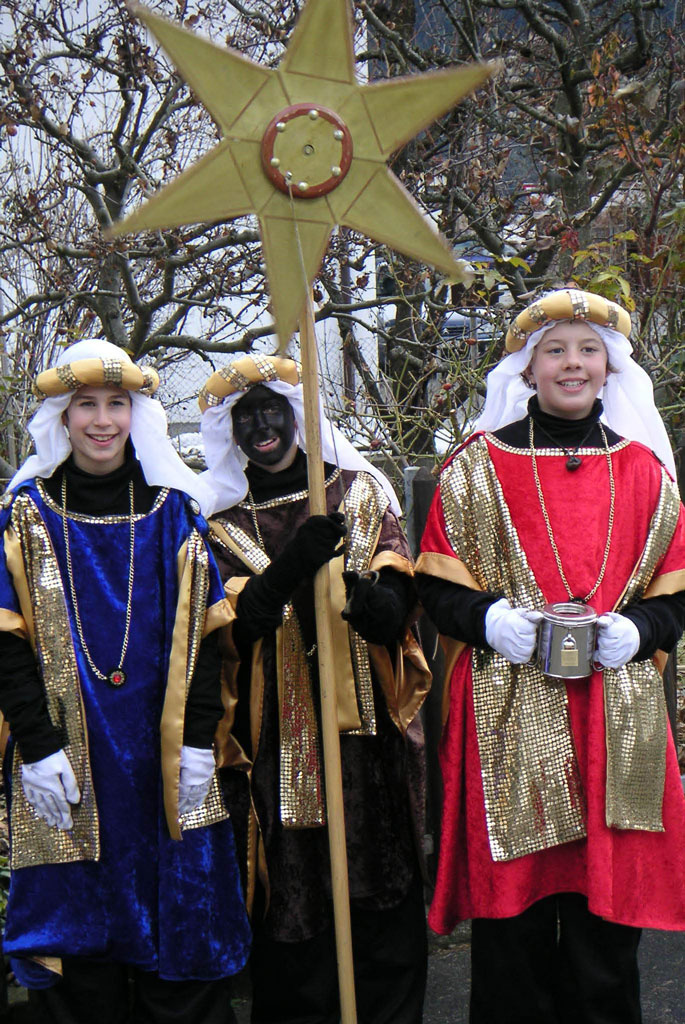 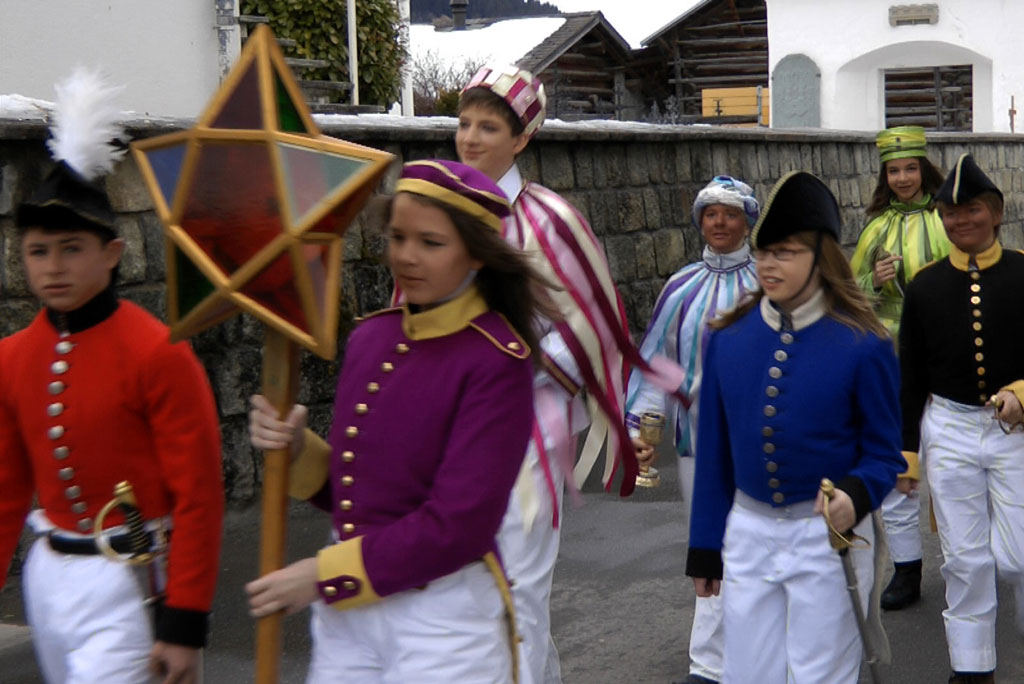 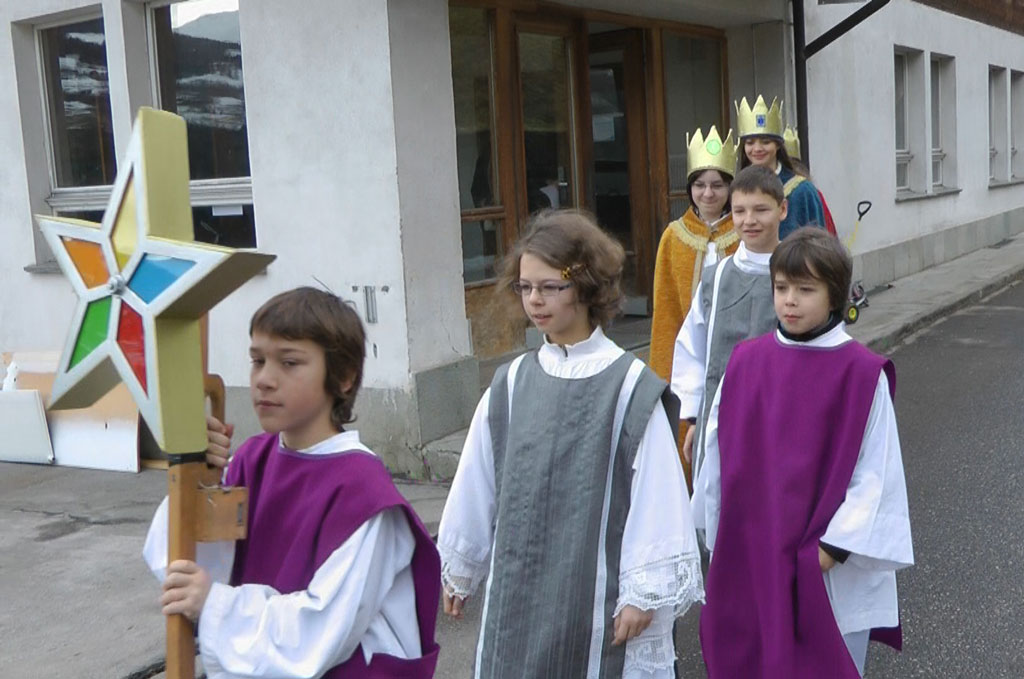 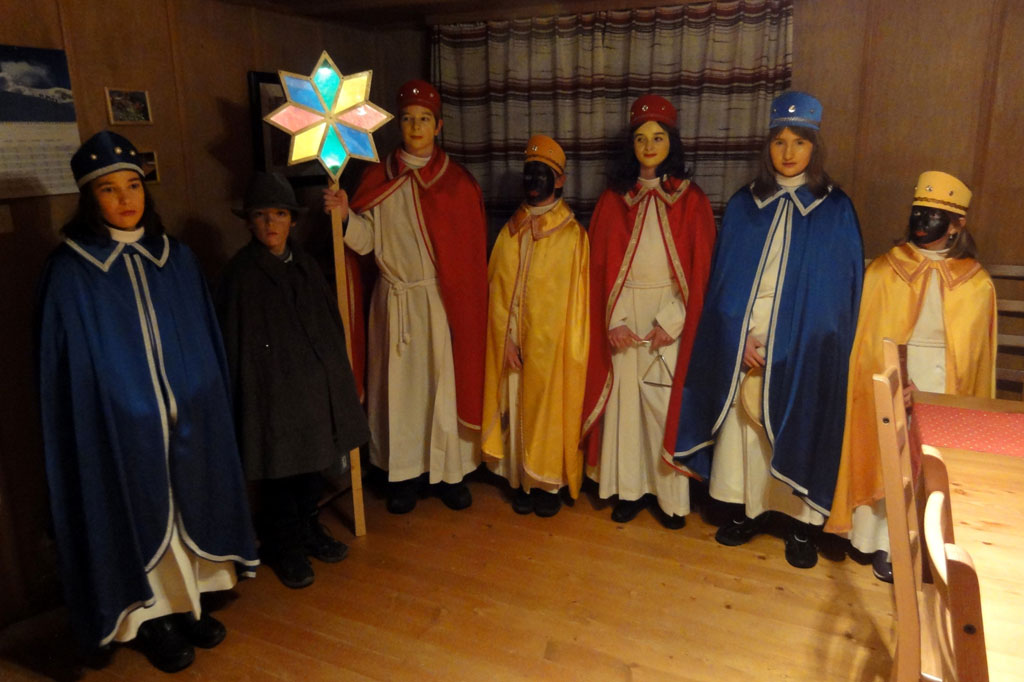 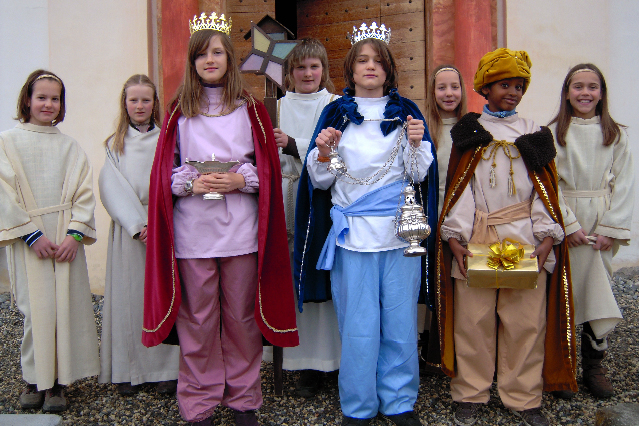 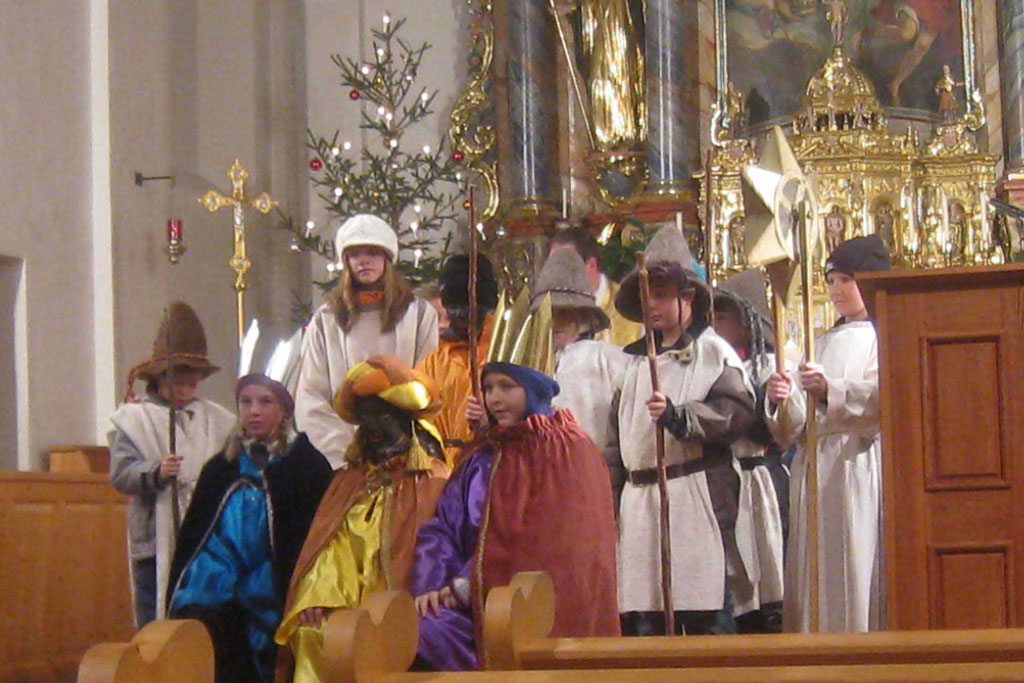 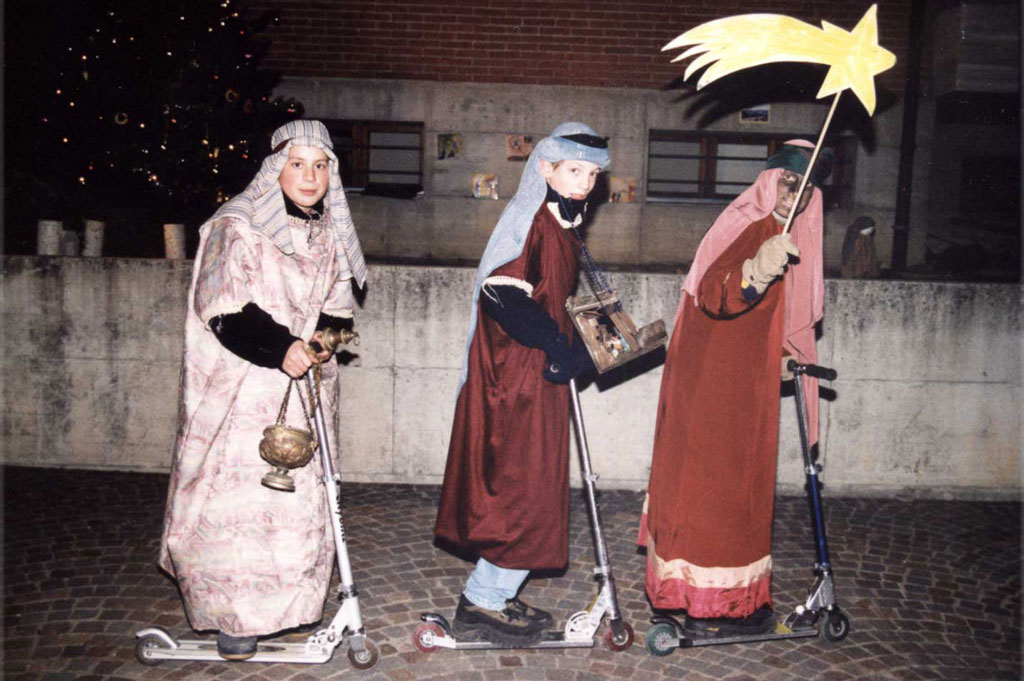 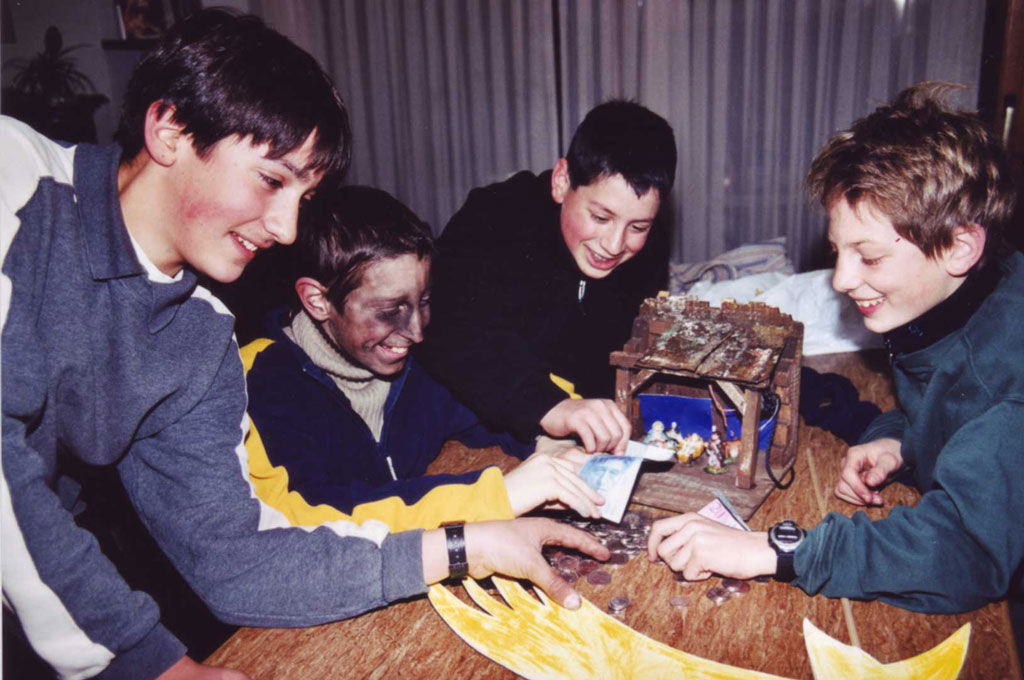 Capriasca: The collected earnings of the Kings © Maurizio Cattaneo, 2002 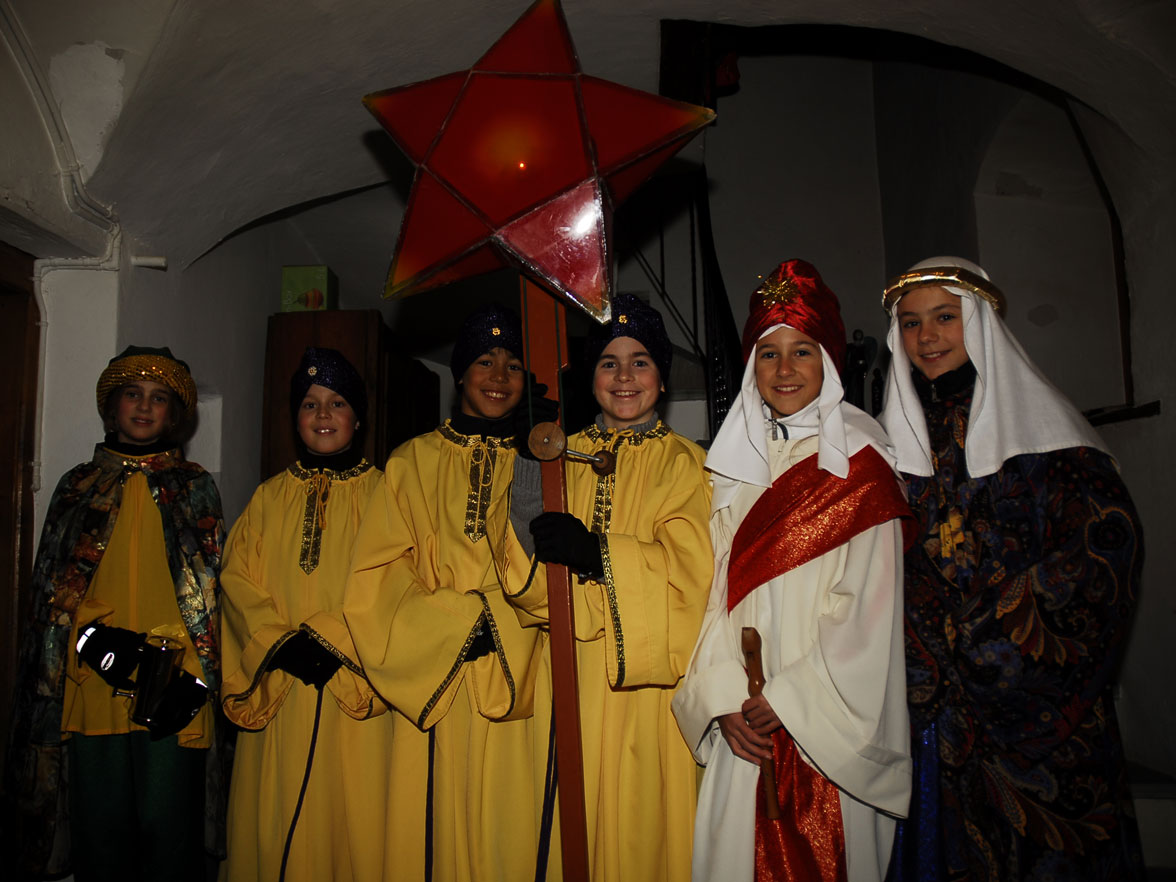 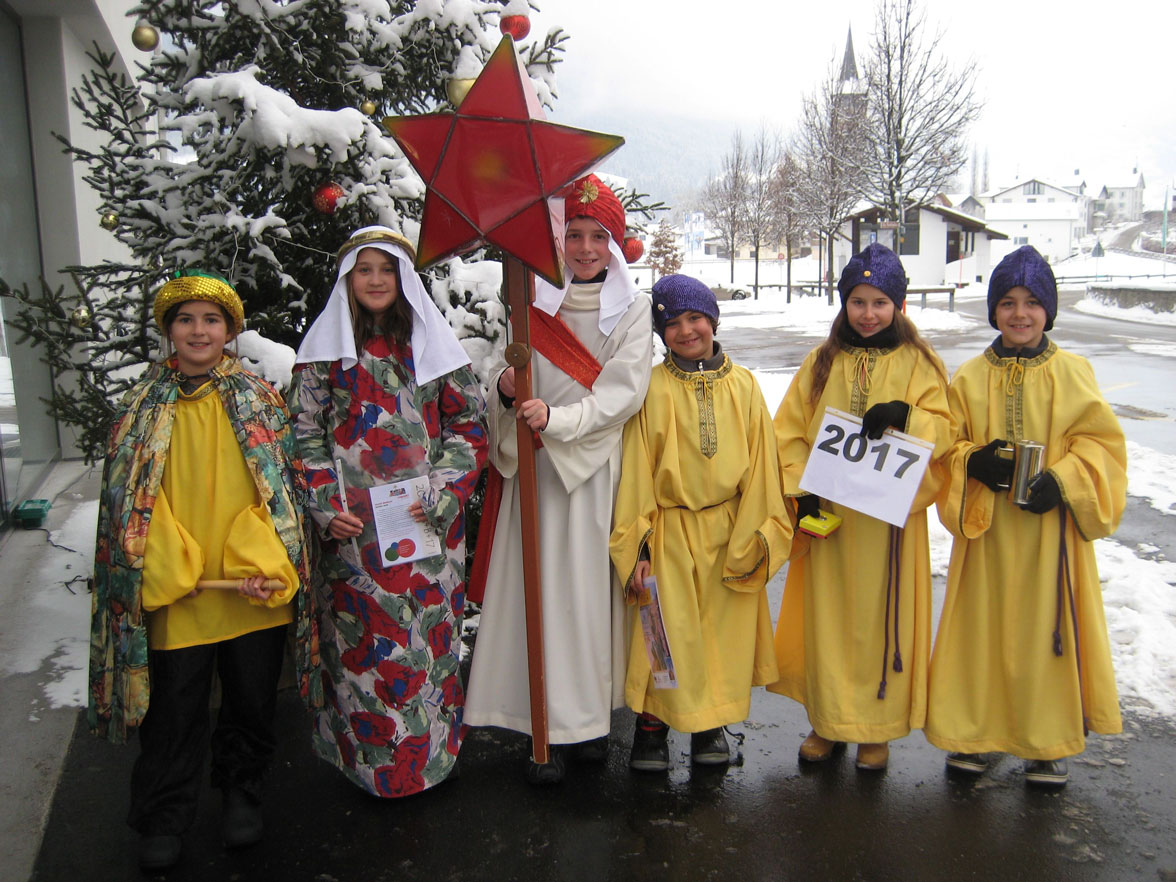 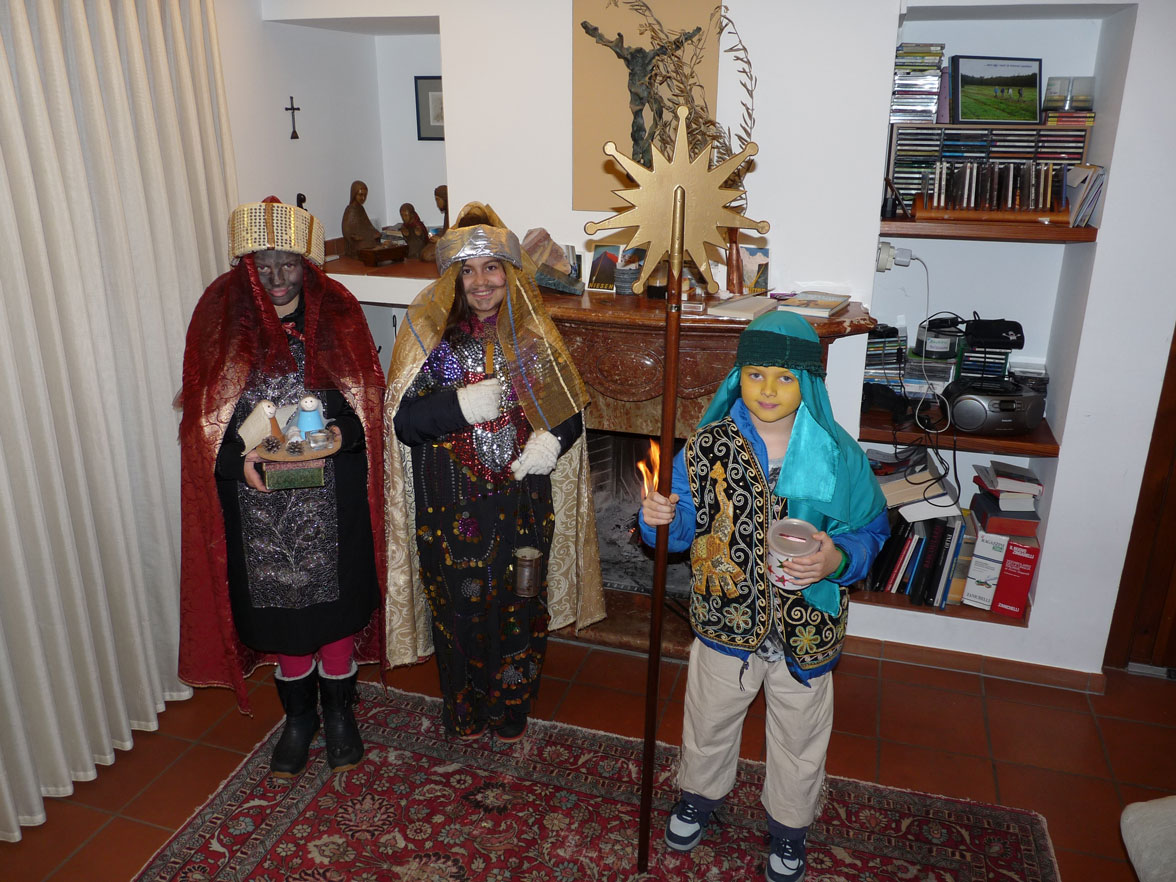 Around Epiphany (6 January), groups of schoolchildren in Catholic areas dress up as the Three Kings and make door-to-door visits. They sing new and old Epiphany songs in unison or in several voices, and include in their repertoire religious melodies from the 17th century. The composition of the group and their entourage varies in each community, often including a star bearer, servant or soldier. The singers wear colourful costumes and gleaming crowns as they walk through the night. The star, attached to a pole, is usually lit from inside and normally rotates. Instead of being rewarded with gifts in kind, the singers collect money for children’s charities and for buying sweets. Sometimes CMB is written on the top of doorframes to bless the home.

In the southern valleys and in Ticino (for example in Capriasca), the Three Kings sing the song “Noi siamo i tre re” in homes in the evenings, and in some places there is a mounted procession (“cavalcata”). “Epifania” is also associated with the noisy custom of heralding the start of carnival with bells and other instruments.

Canto dei Re Magi in Capriasca