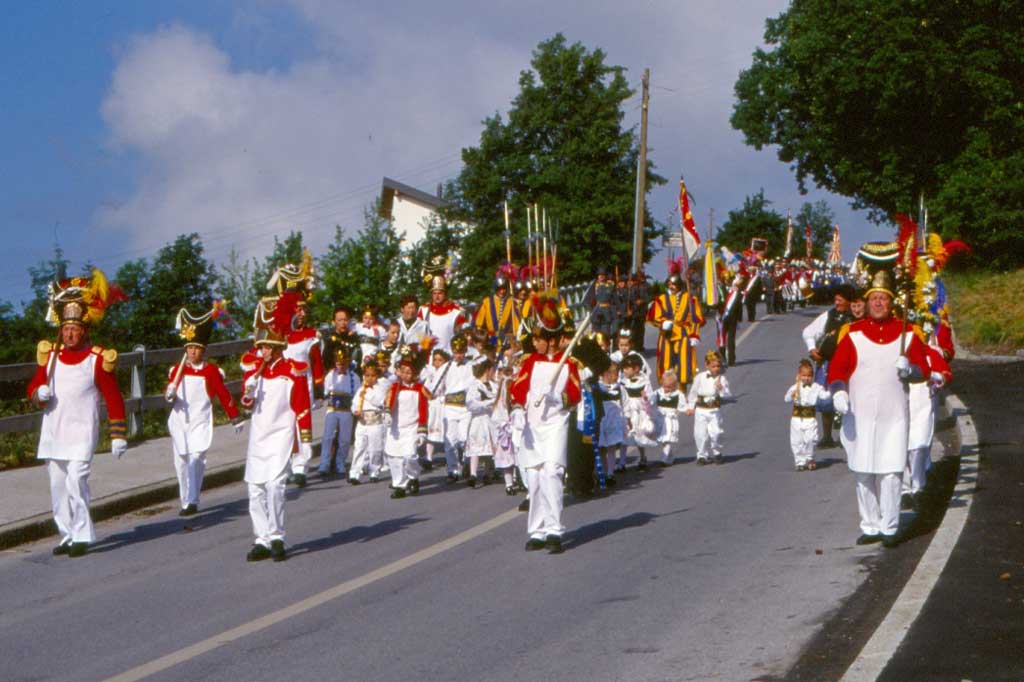 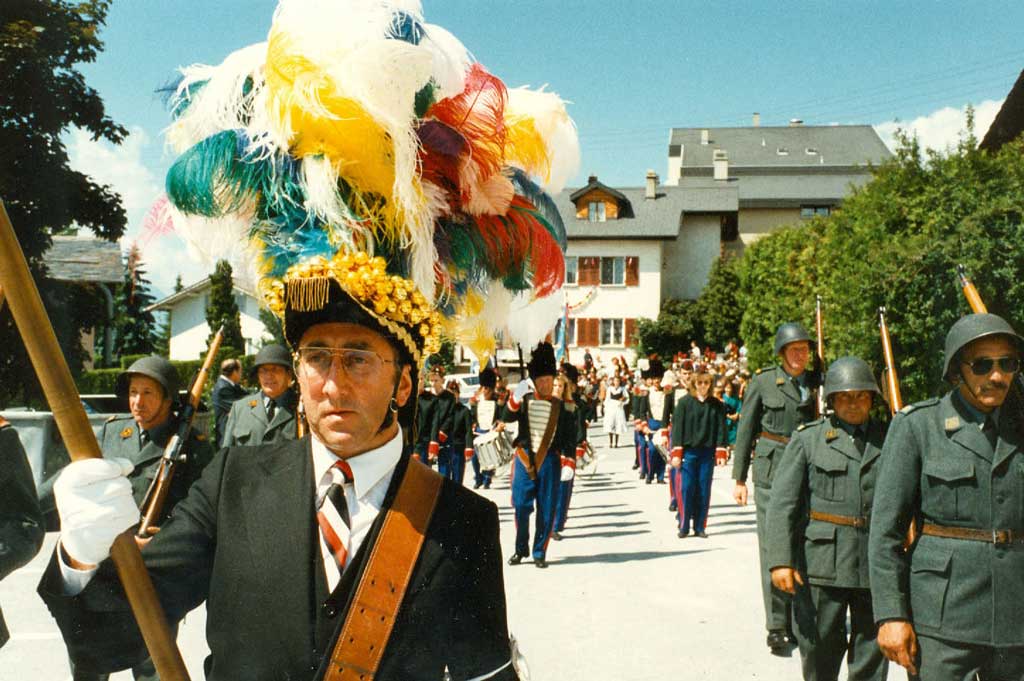 The procession: the “capetan” in the foreground, the military and drummers behind © Jean-Yves Glassey/Geschichtsmuseum Wallis, Sitten, 1990 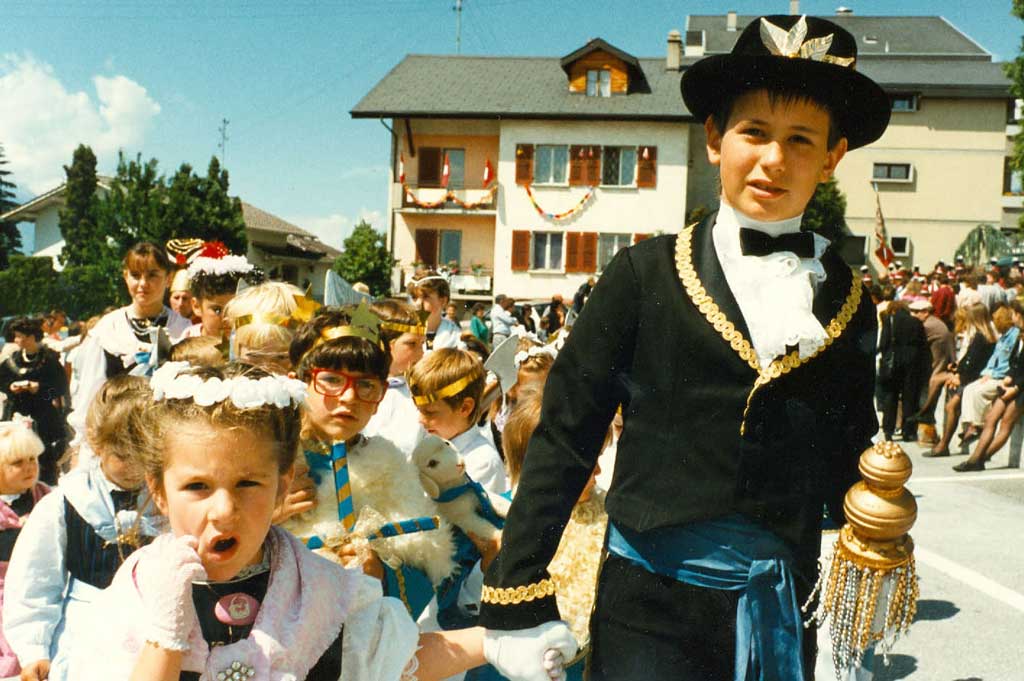 The children’s group being led by the “tsanbri” wearing a decorated felt hat and carrying a sceptre © Jean-Yves Glassey/Geschichtsmuseum Wallis, Sitten, 1990 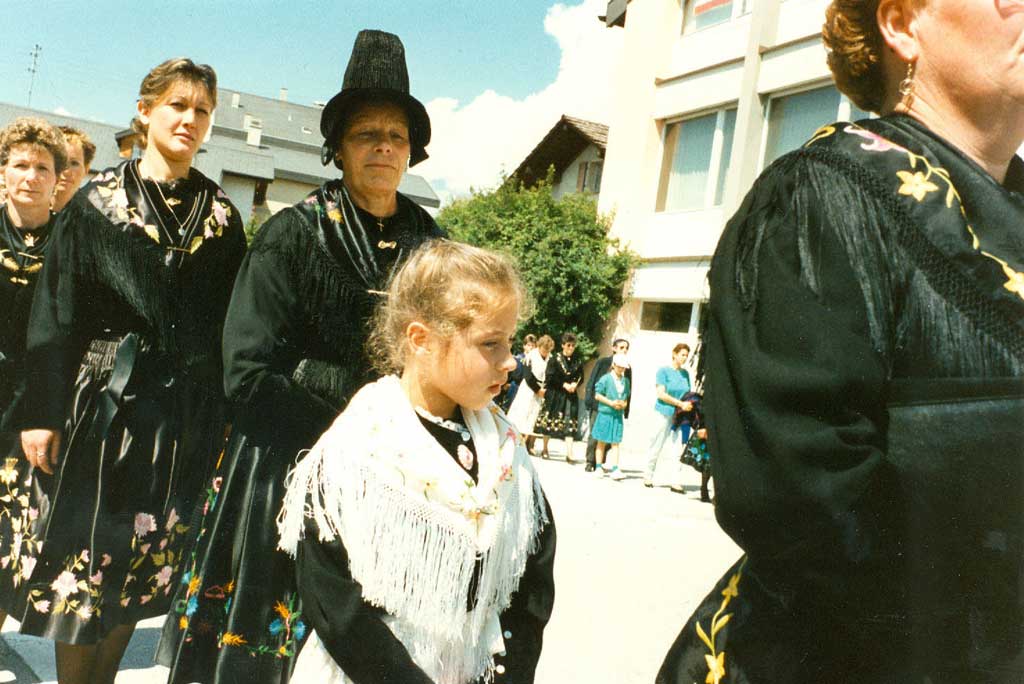 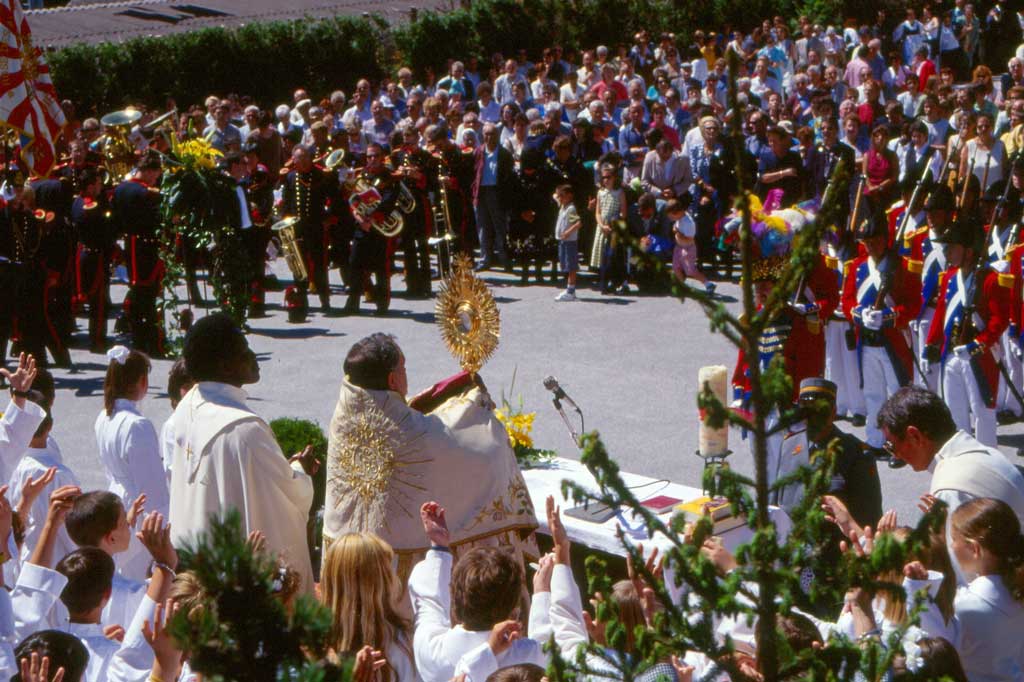 The priest blessing followers at an outdoor altar with the monstrance © Thomas Antonietti, 1999 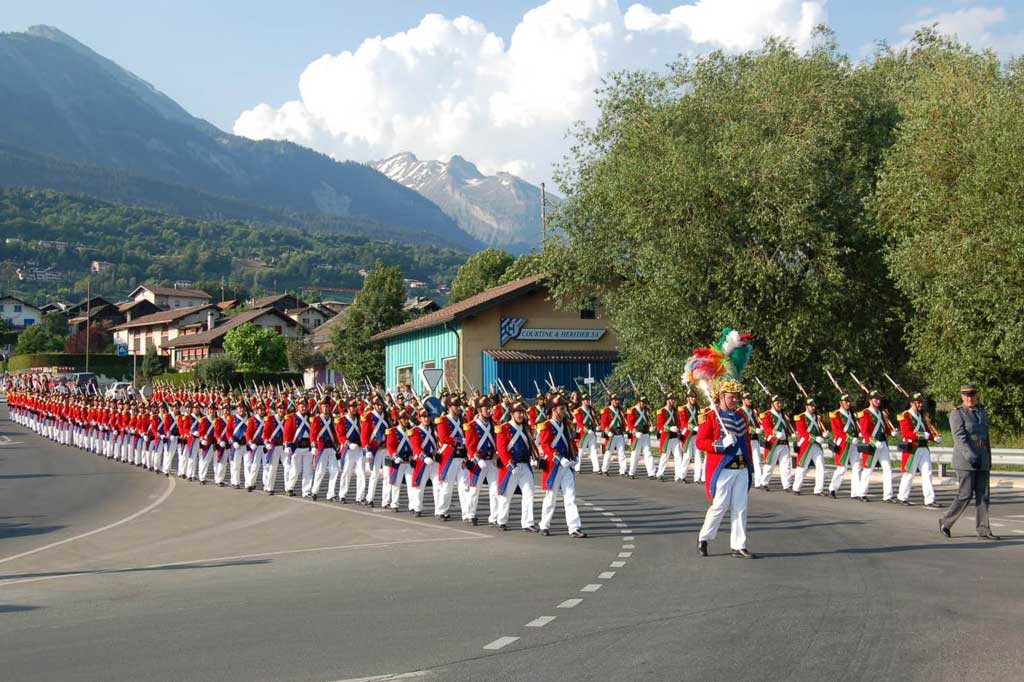 The Grenadiers of Ormône marching back to their village in the late afternoon © Bretz, Savièse, 2006 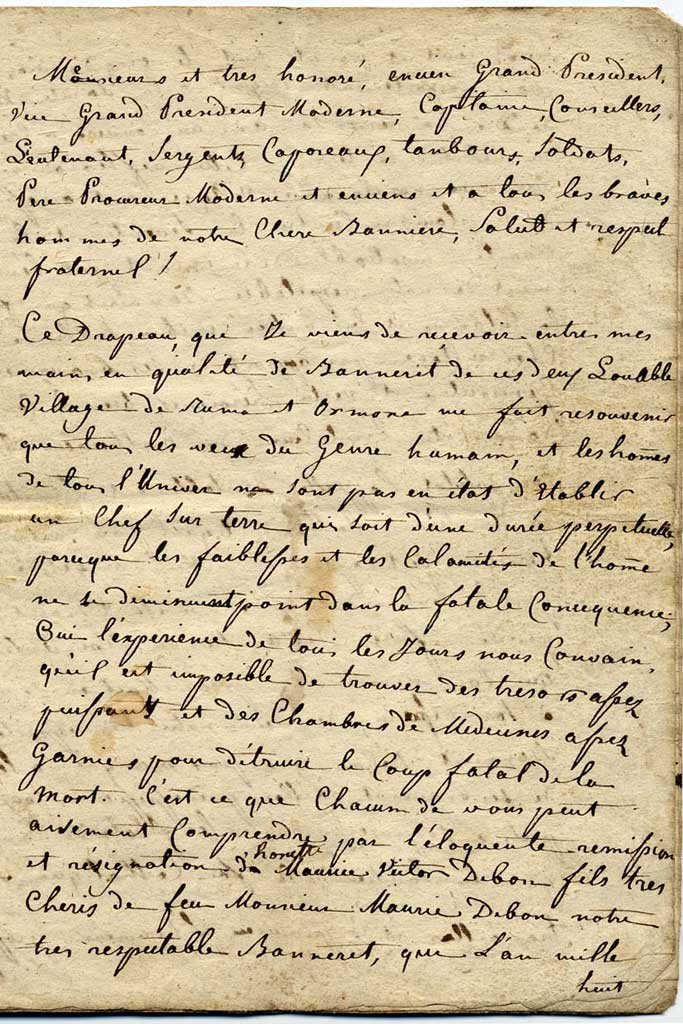 The inaugural speech of Sergeant François-Joseph Varone from the village of Ormône, given on 2 June 1831 © Privatarchiv Savièse

Every year five villages take it in turns to organise the feast of Corpus Christi in Savièse, a region in central Valais. The festivities begin at 5 am with the "diane", played in front of the houses of the nine members of the festival committee in the host village. At 7.30 am everyone assembles in front of the community hall. The local flag is raised, the officer's lance ("sponton") is collected from the "capetan's" house and the local banner from the "banneret". The highlight of the day is the procession, which begins at 9 am and which has expanded since its beginnings to include a children's group. It conveys the consecrated Host in the monstrance through the village of St Germain and on to the church where High Mass is held. The combined effect of the different spoken, musical, choreographic and visual elements transform this religious festival into an entertaining spectacle.

The secular part of the event follows, starting with a midday meal and continuing with celebrations in the village. Afternoon festivities are interrupted only by the Vespers service in the church at 3 pm. Over the years the Feast of Corpus Christi in Savièse has reacted to changes in society without relinquishing its uniqueness.

Documentation from the Valais Archives, Martigny