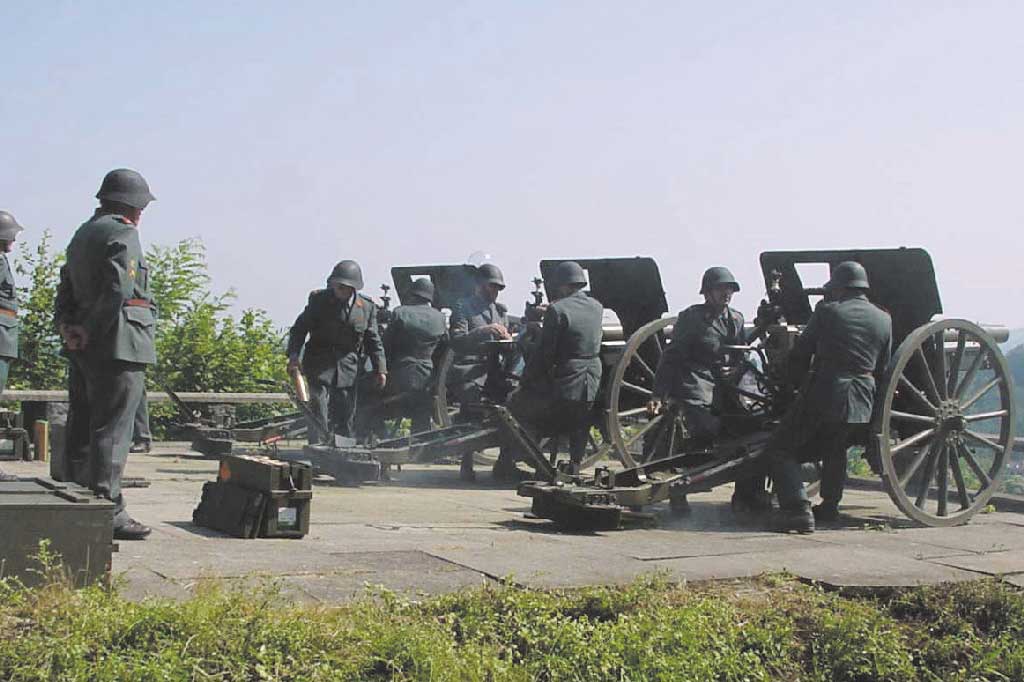 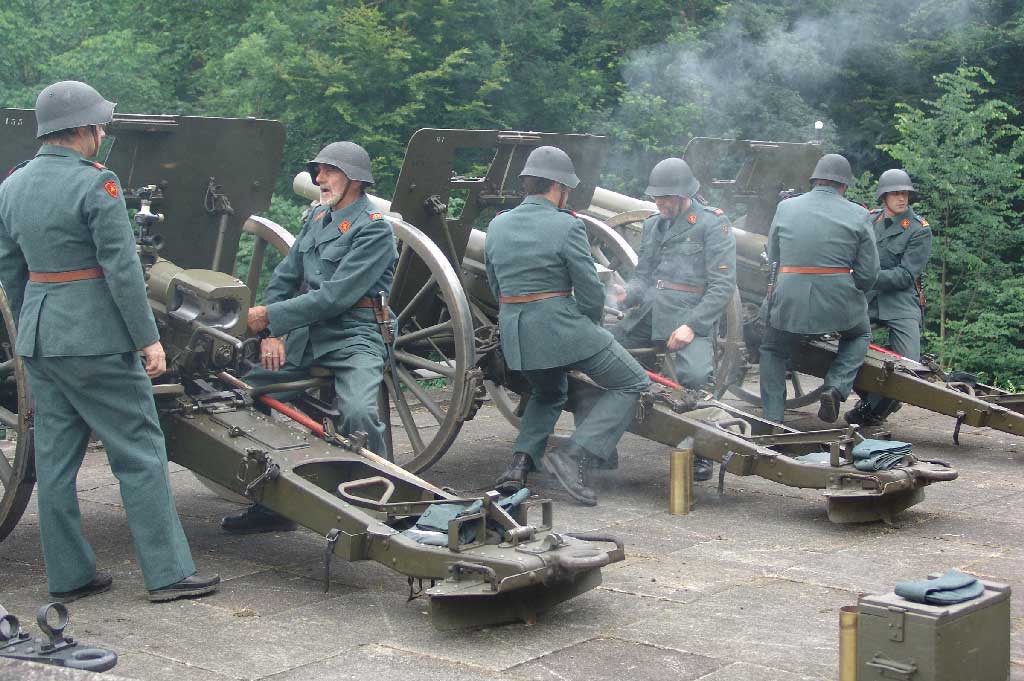 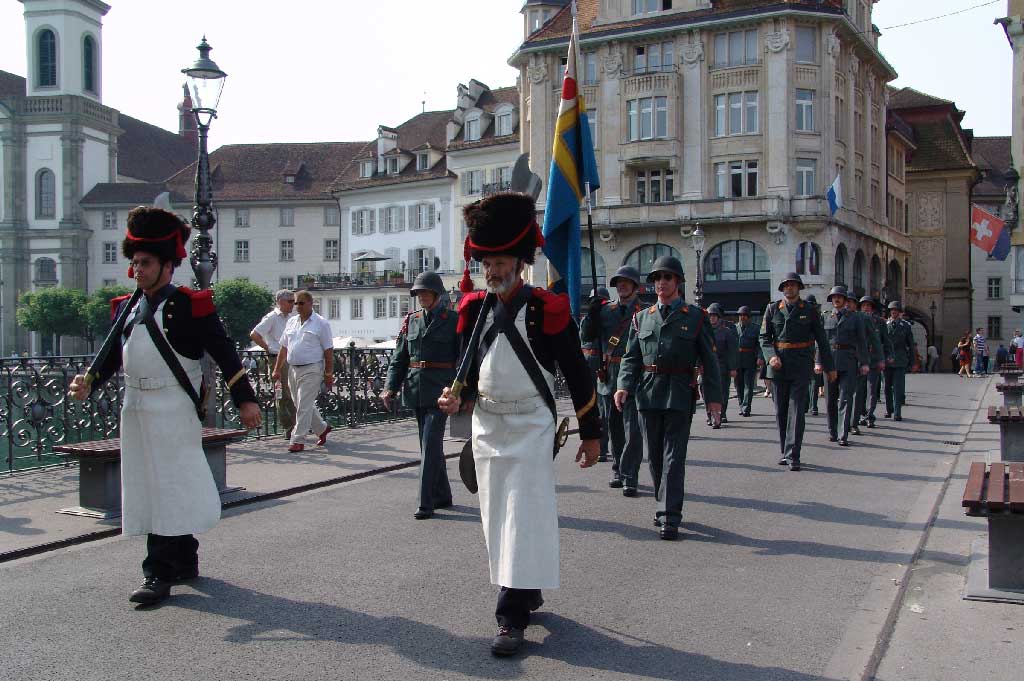 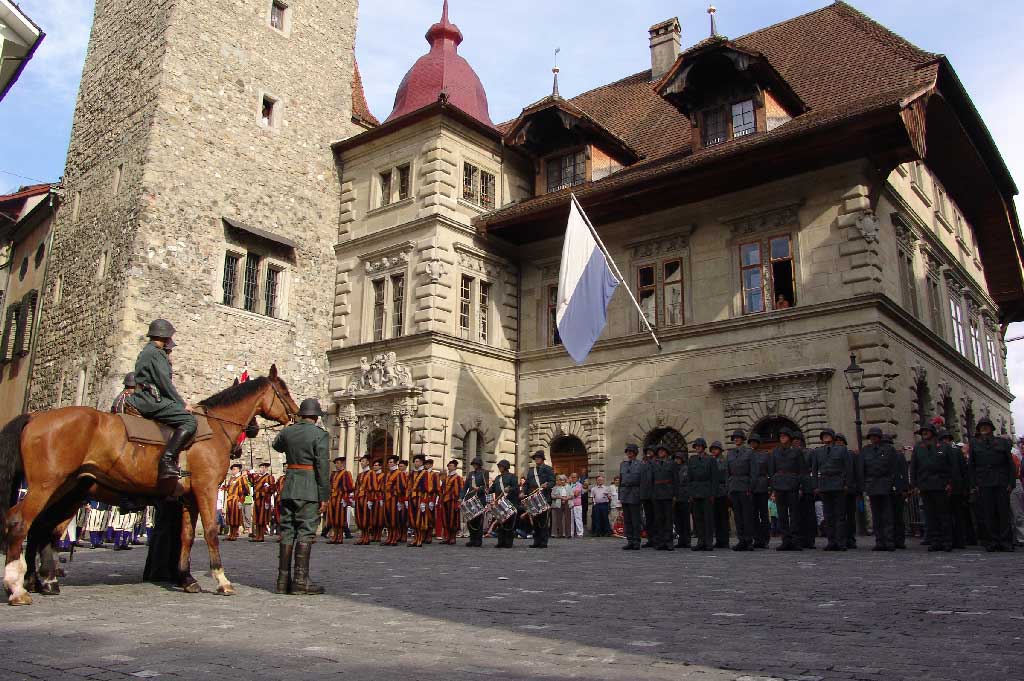 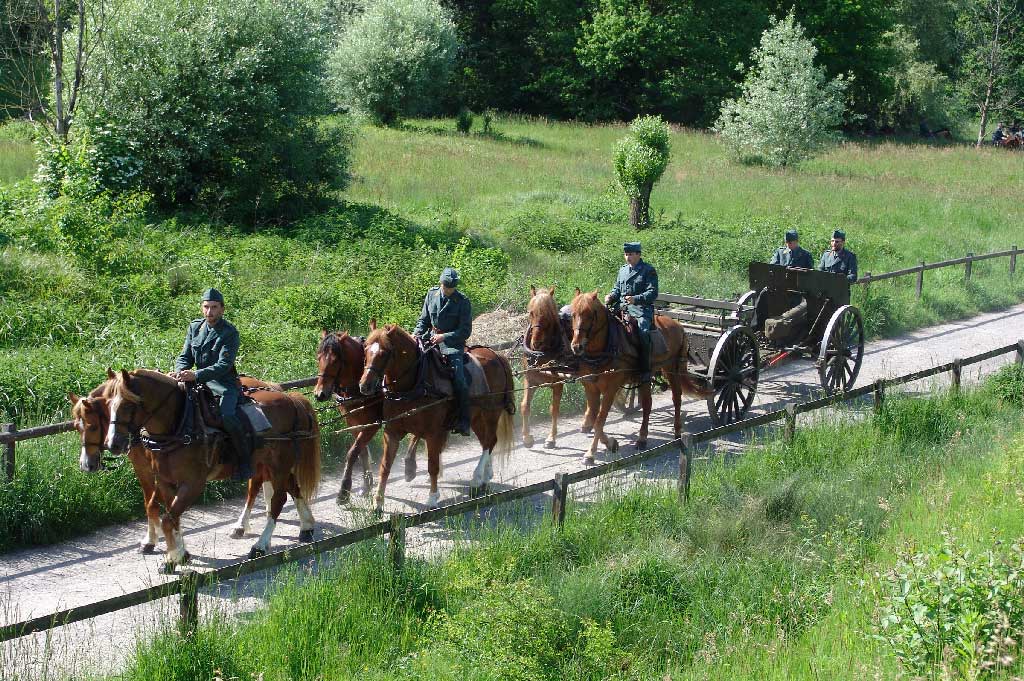 Driving lessons in the Allmend region of Lucerne on the afternoon before Corpus Christi, 2005 © Herbert Bitzi, Stansstad/Bruderschaft der Herrgottskanoniere Luzern 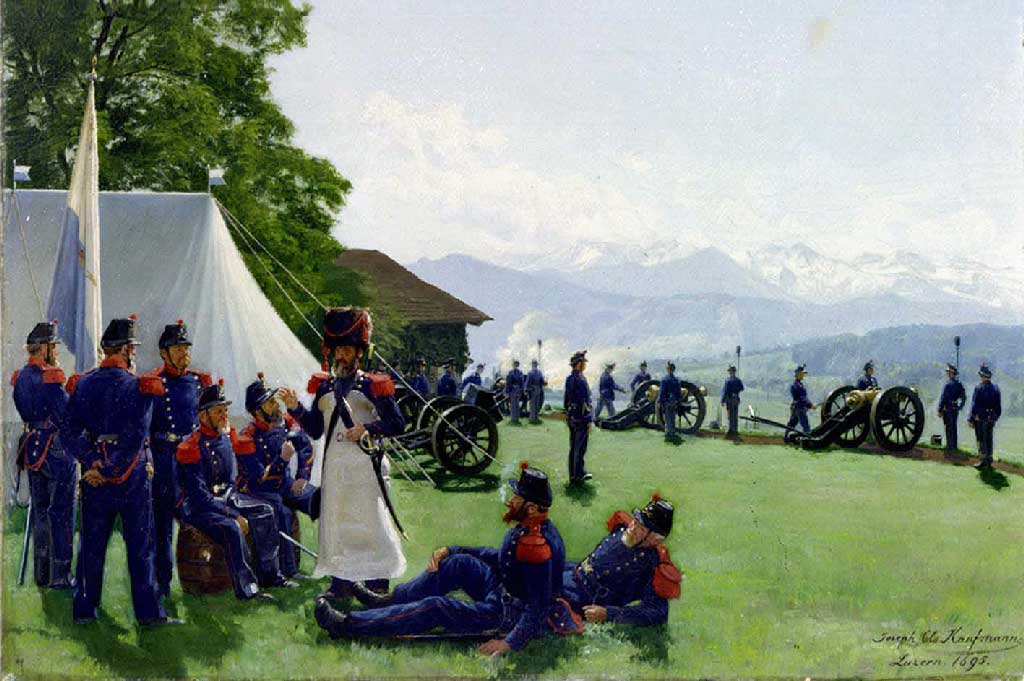 On the day of Corpus Christi and the evening before, cannoneers fire numerous cannon and gun salutes on Lucerne’s local mountain, the Gütsch, to celebrate the sacrament of the altar. Three historical artillery cannons are used to fire the salute, which is performed according to strict military rules. The salutes mark individual phases and elements of the ritual during the procession of believers through the old town. The cannoneers are Catholic soldiers, or former soldiers, of the Swiss army. For the purposes of performing the ritual, they are organised into what is known as the "Bruderschaft der Herrgottskanoniere Luzern" (the Lucerne Brotherhood of Cannoneers of Our Lord). The brotherhood was founded around 1580 at the time of the Counter-Reformation, when the Corpus Christi processions were beginning to serve as profile-raising events for the Catholic Church.