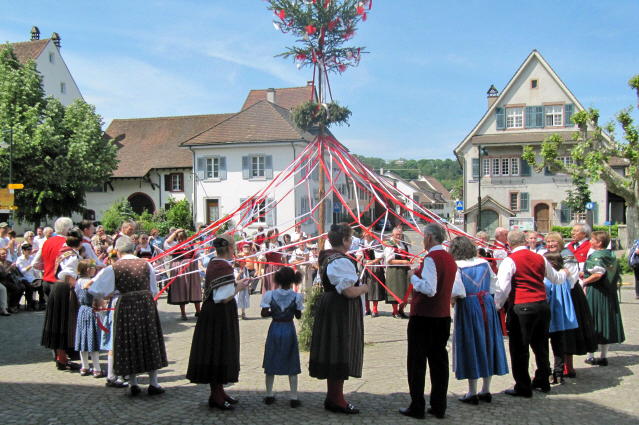 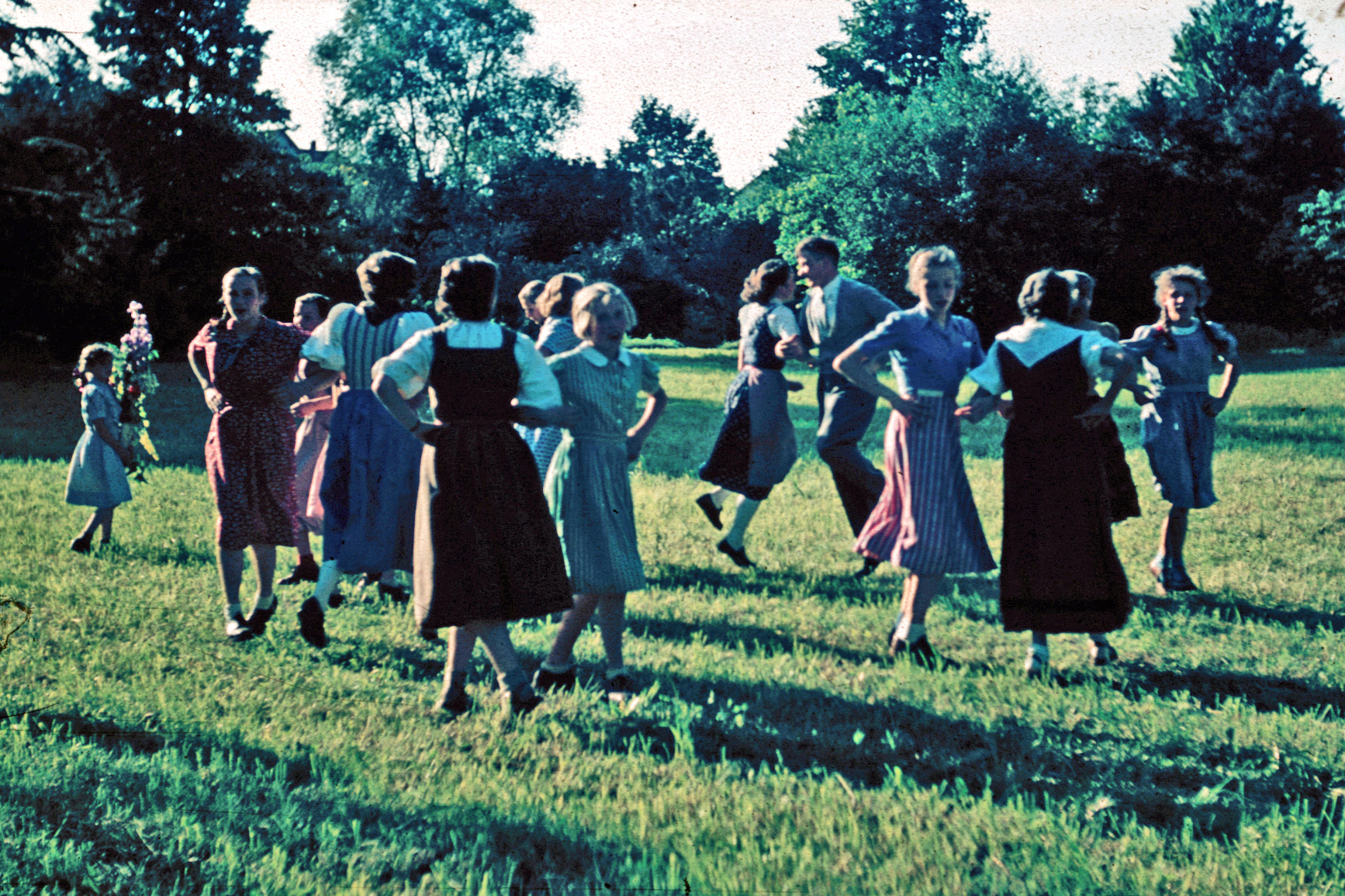 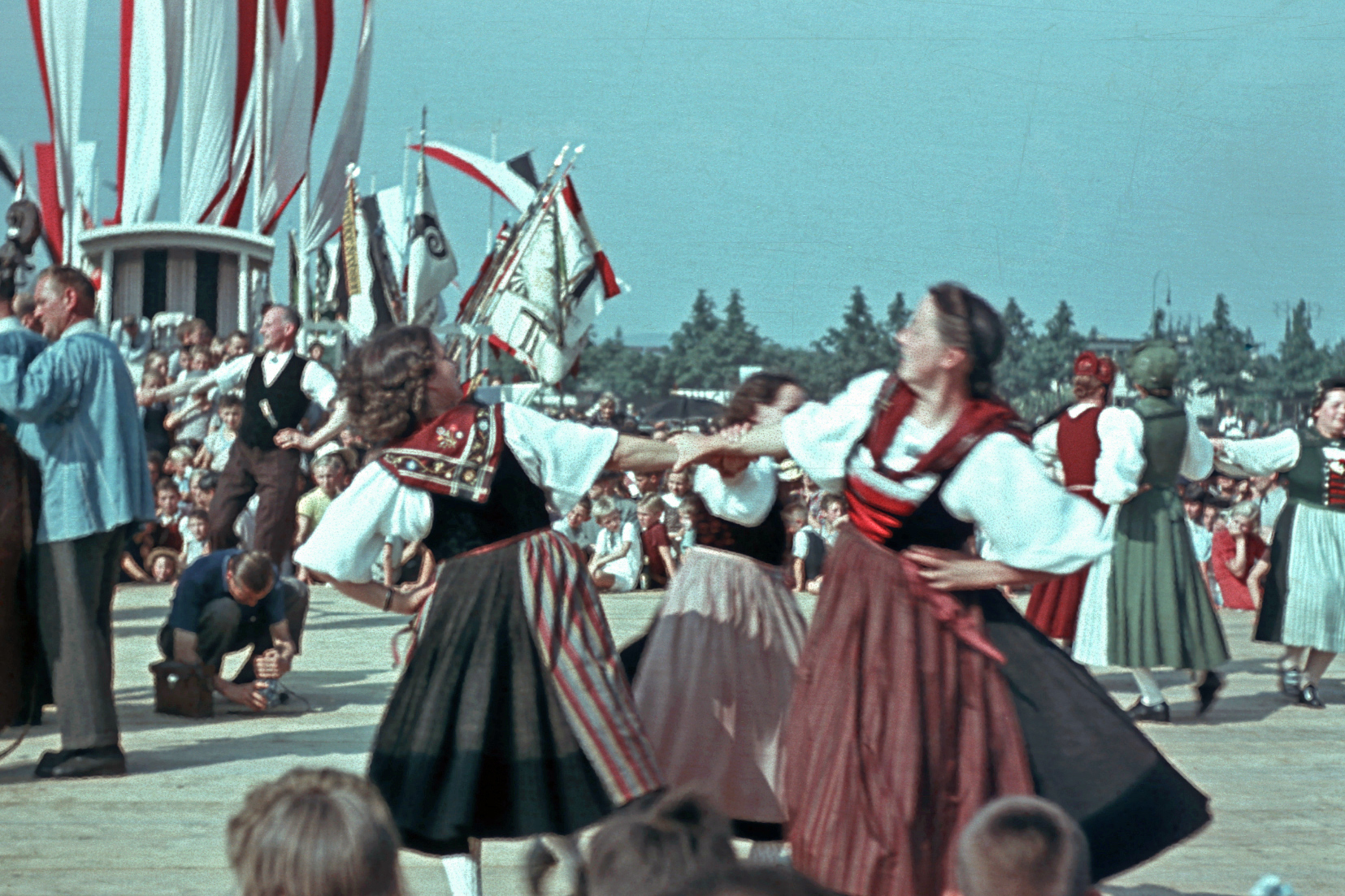 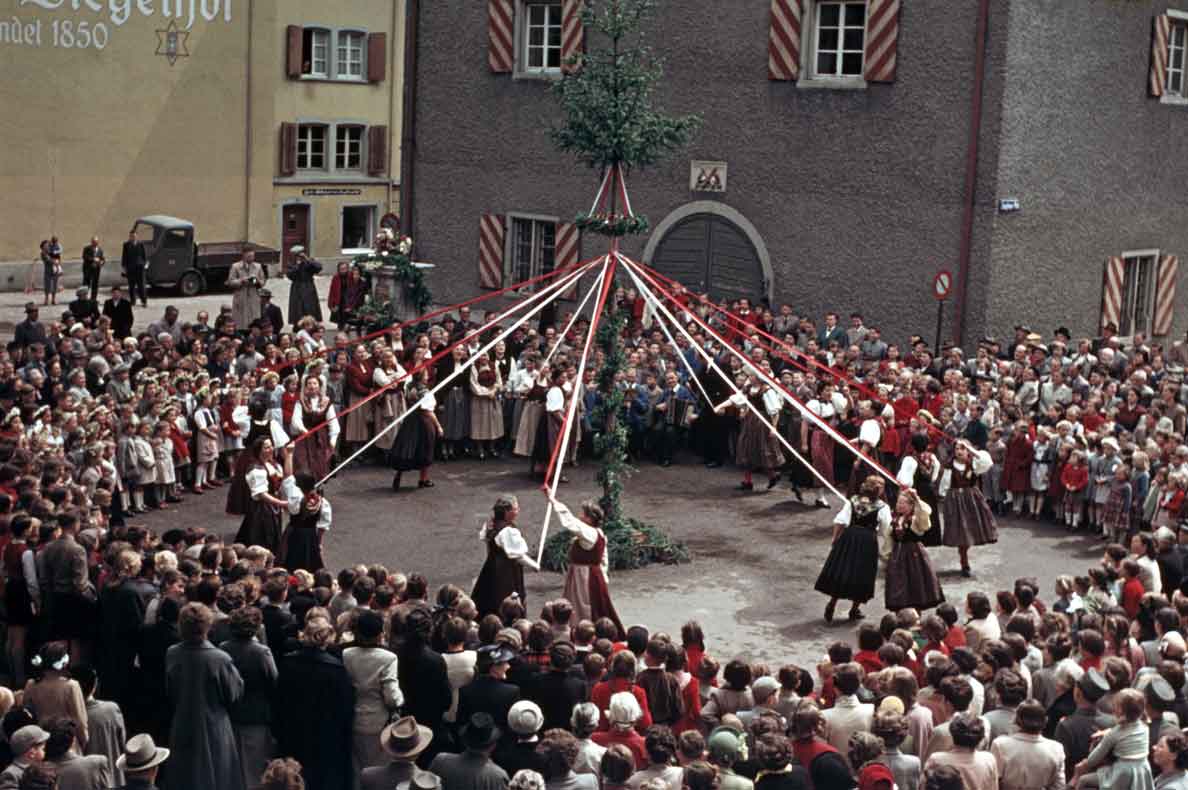 May singing and ribbon dancing in Liestal, 1953 © Theodor Strübin/Museum.BL, Liestal

Starting in the Basel region, a renaissance spread through traditional folk dancing after the Second World War which sparked a shift in style across all of Swiss folk dance. The driving force behind the shift was Annelis Aenis-Bitterli (1917-1996) from Basel. Aenis choreographed a large number of new Swiss folk dances, including in particular the 74 dances of the Suite Bâloise, which are still performed by many dance groups across all of Switzerland today and which represent the basis of the Swiss folk dance tradition. Her dances are intentionally theatrical, aiming at making an impact on the audience. Her choreography is characterised by new steps inspired by foreign folk dances and quick changes in moves and holds. A lot of the melodies to which Aenis choreographed her dances come from the collection of Hanny Christen, also from the Basel area.