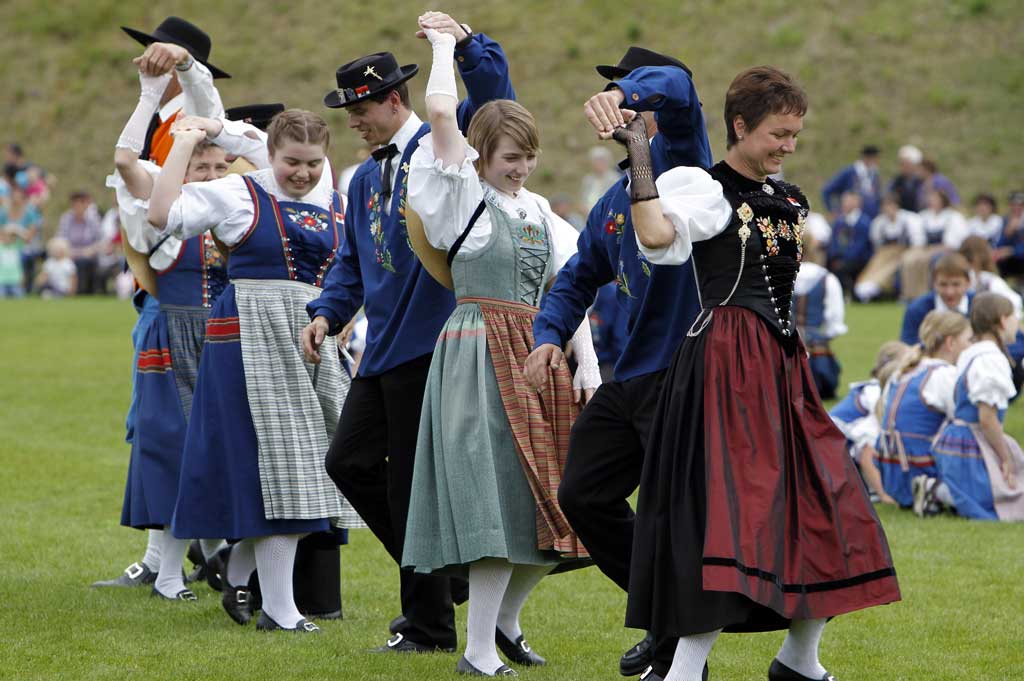 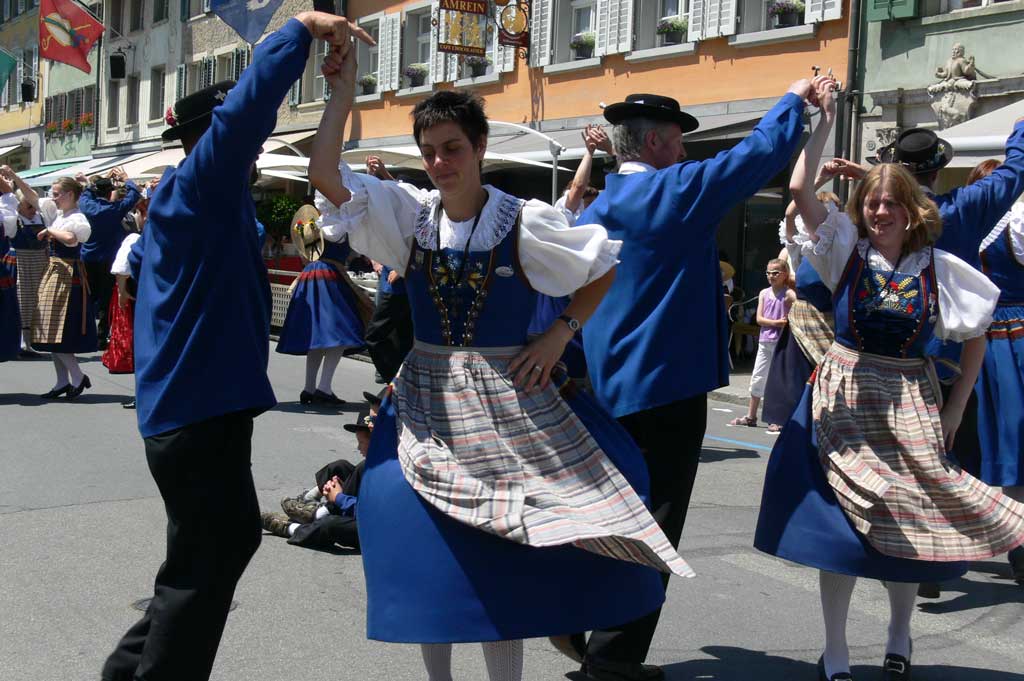 The town of Willisau (LU) is transformed into a giant open-air dance floor: members of the Lucerne Trachtengruppe performing at the Central Switzerland Trachtenfest, 2 June 2012. © David Kunz, Willisauer Bote 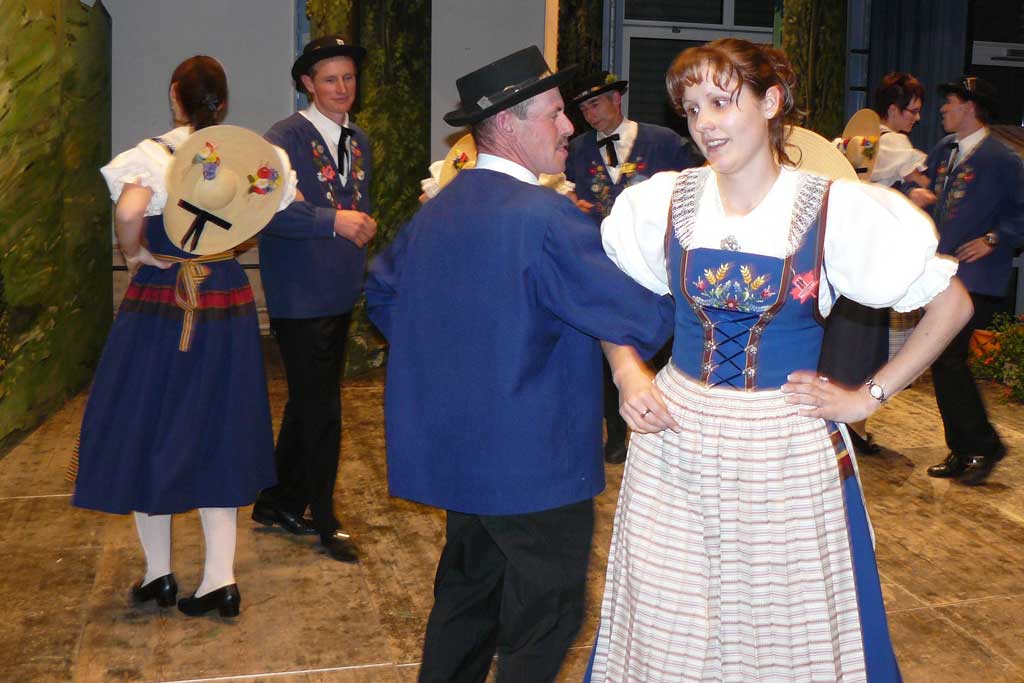 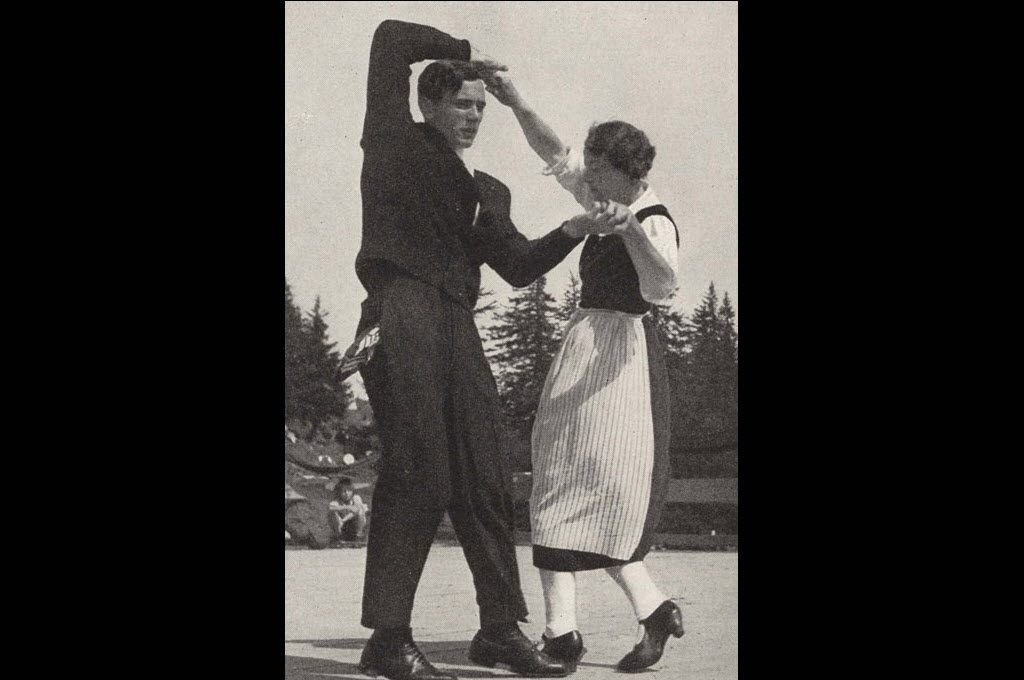 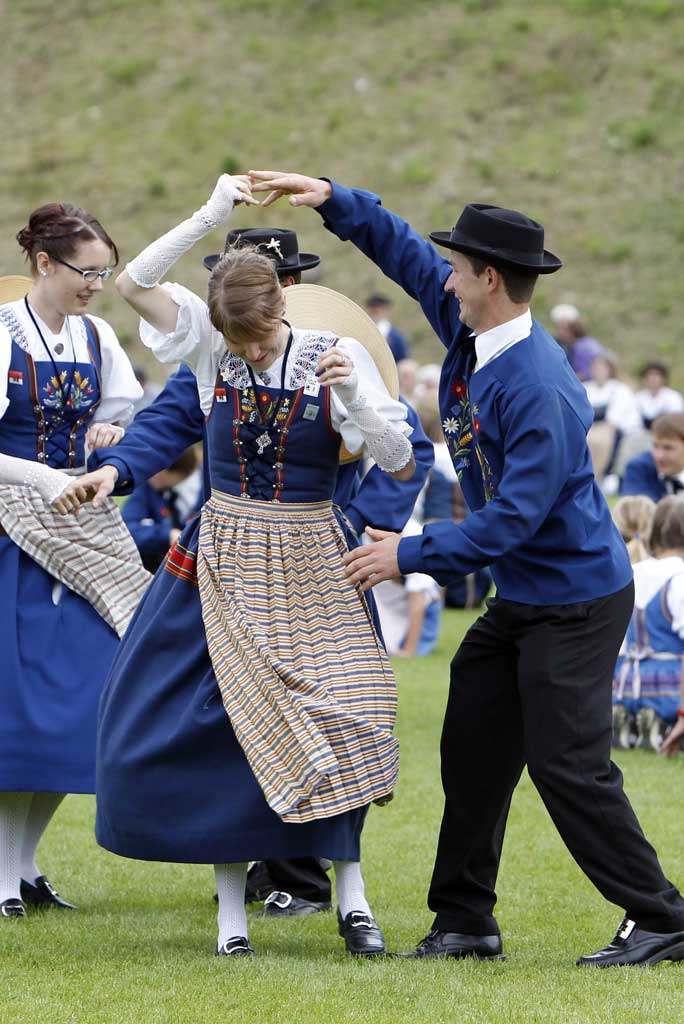 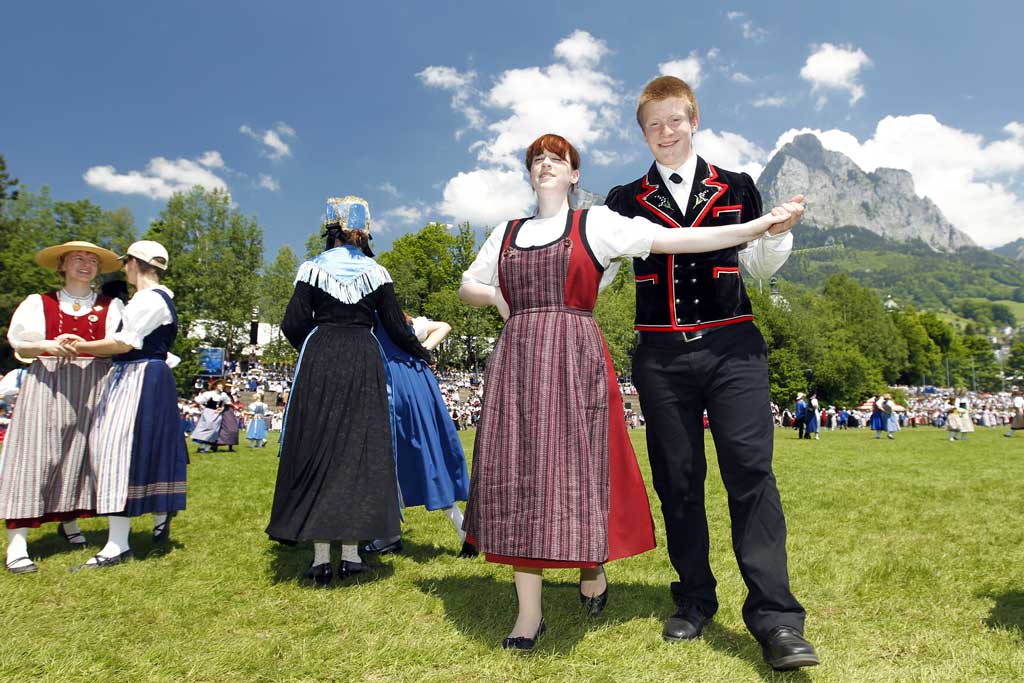 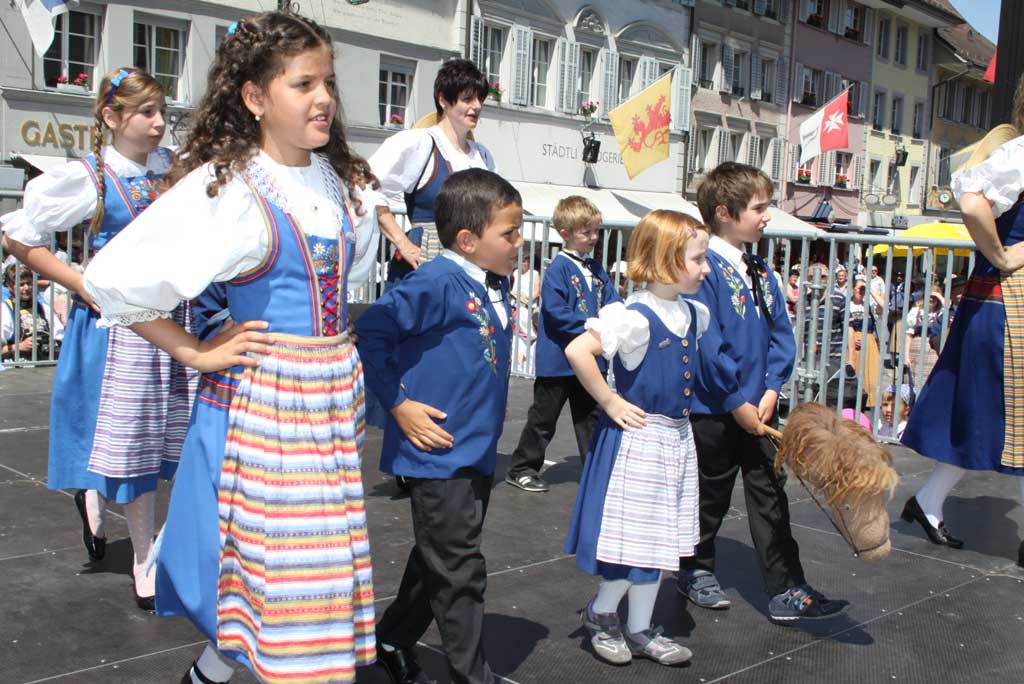 The next generation make their debut: members of the Lucerne Kindertrachtengruppe step out at the Central Switzerland Trachtenfest in Willisau (LU), 2 June 2012. © Norbert Bossart, Willisauer Bote 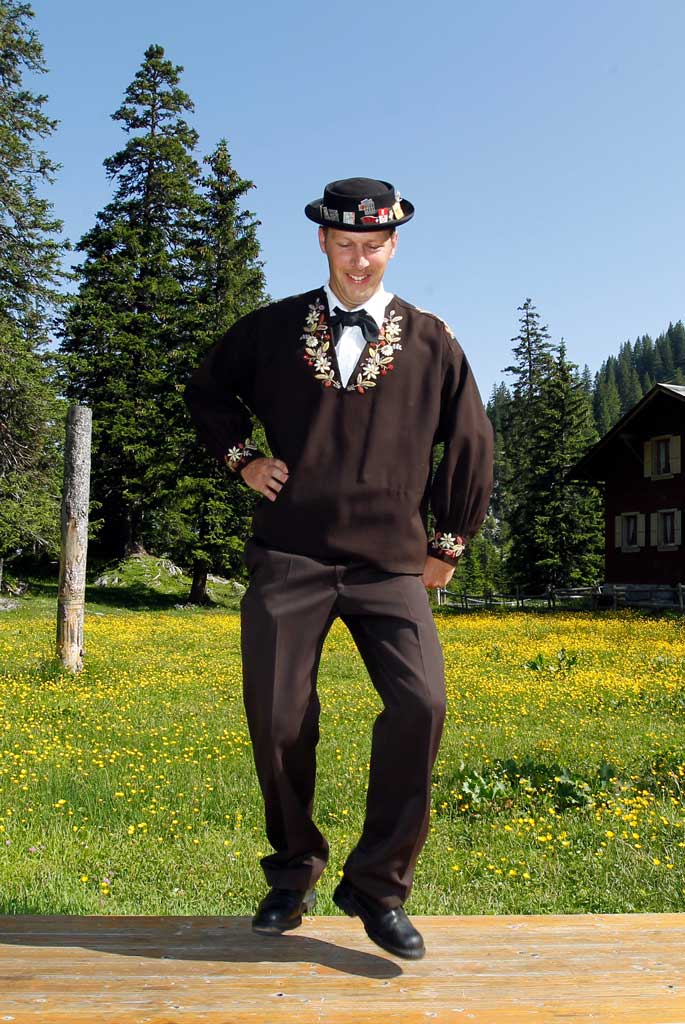 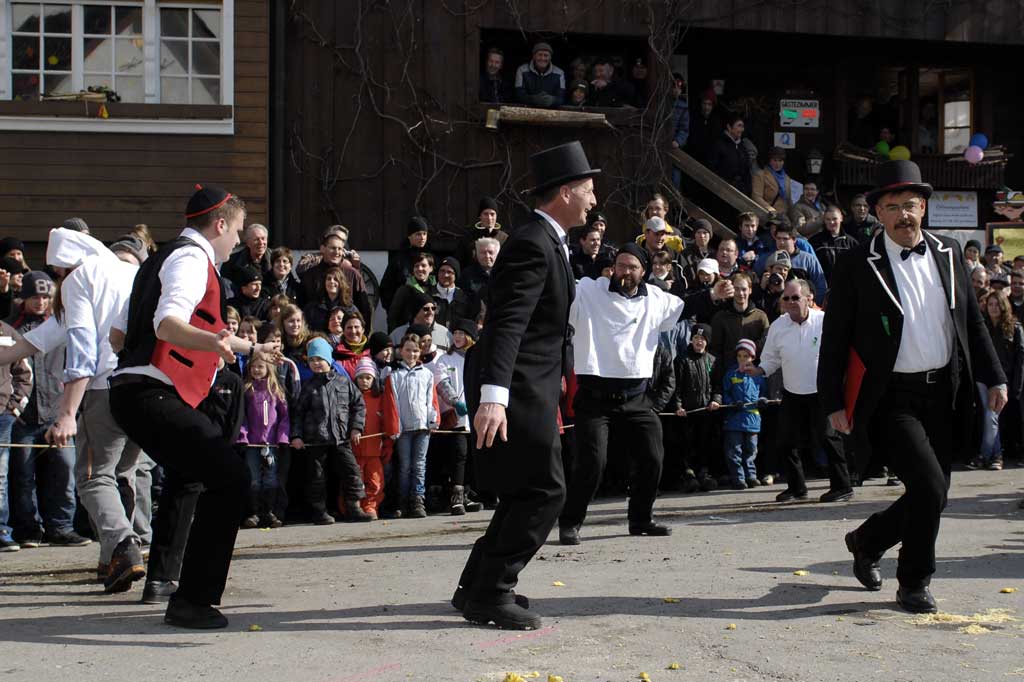 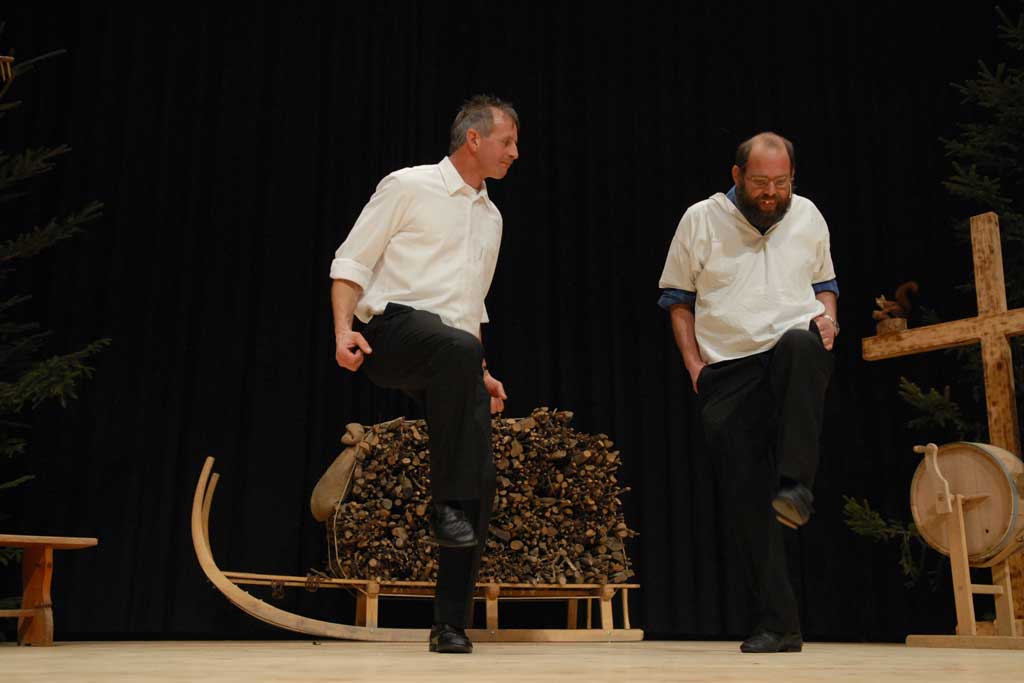 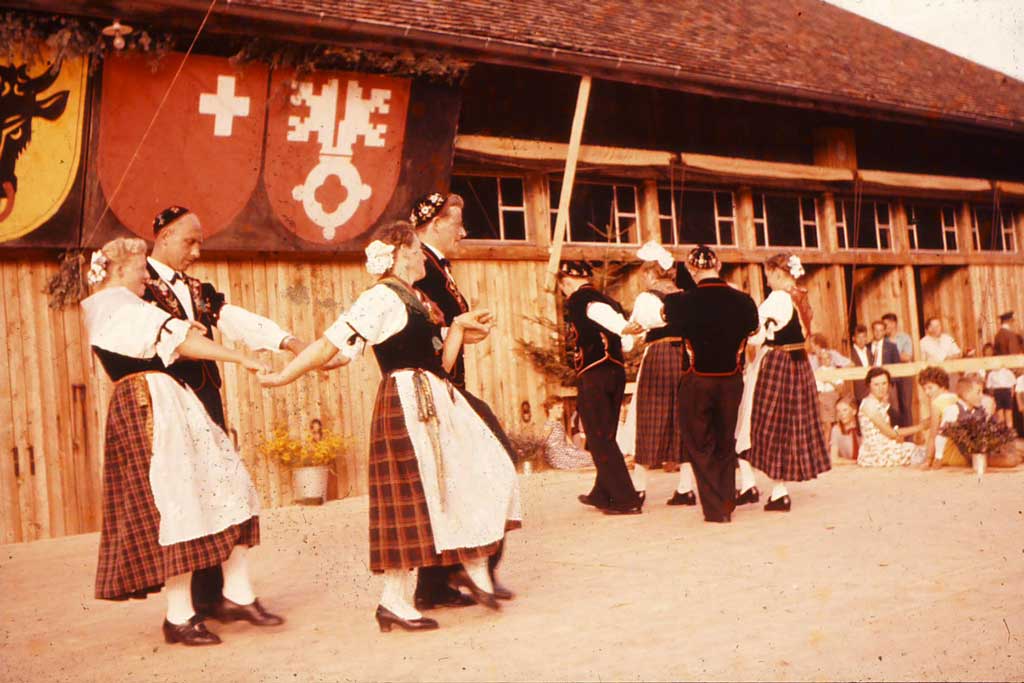 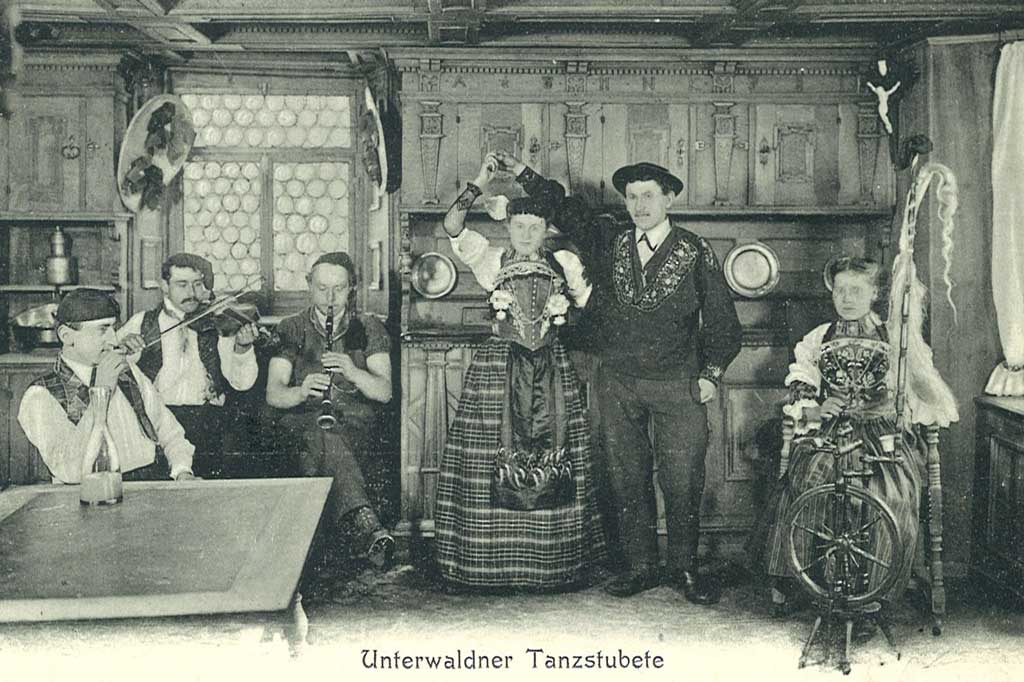 A couple from Unterwald wearing traditional dress and preparing to dance, postcard, circa 1925. © Staatsarchiv Nidwalden, Stans 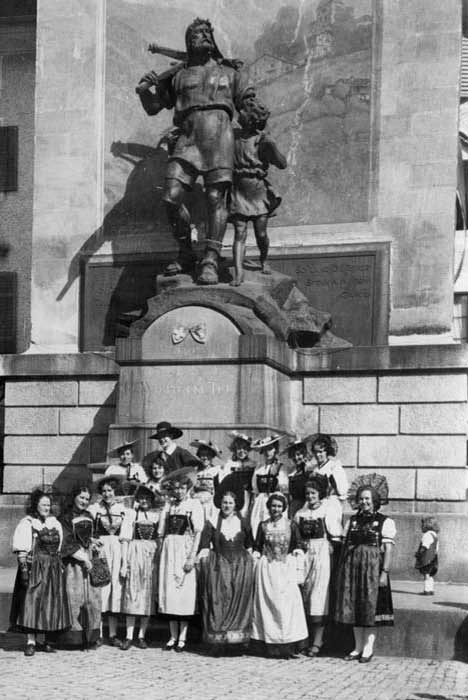 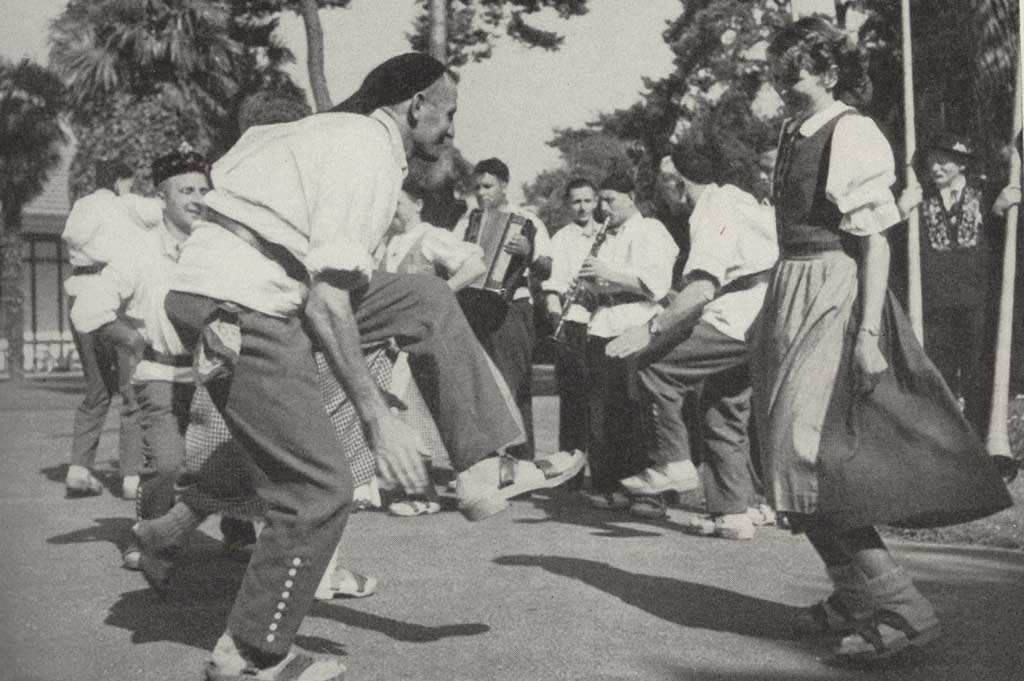 Public dance events underwent a major functional change in the course of the 20th century. In many rural areas of Central Switzerland at the end of the 19th century, they were only permitted on a few days of the year, in particular during Fasnacht and at fairs and weddings. After the Second World War, they evolved into one of many available leisure activities under the influence of global dance styles such as rock and roll, breakdance and salsa. Traditional dances – in particular the Scottish, polka, waltz, mazurka, foxtrot and Marsch-Fox (a combination of a march, a Scottish dance and foxtrot) styles – began increasingly to evoke a sense of home. Since the 1930s, the preservation of folk dancing traditions has been primarily the work of Trachtenvereine (associations for traditional costumes). In the 162 Central Swiss municipalities there are currently 904 such associations. They perform their dances mainly at folk festivals, association celebrations, traditional events and the Urschweizer Trachtentag (a folk festival at which people wear traditional costumes). One unique dance form is the traditional 'Bödälä' (also known as the 'Bedälä' and, in the canton of Schwyz, the 'Gäuerle'), in which dancers stamp their feet on the floor in an expressive, rhythmical manner. The rhythms they create act as a percussive accompaniment to the traditional folk music (usually performed live).