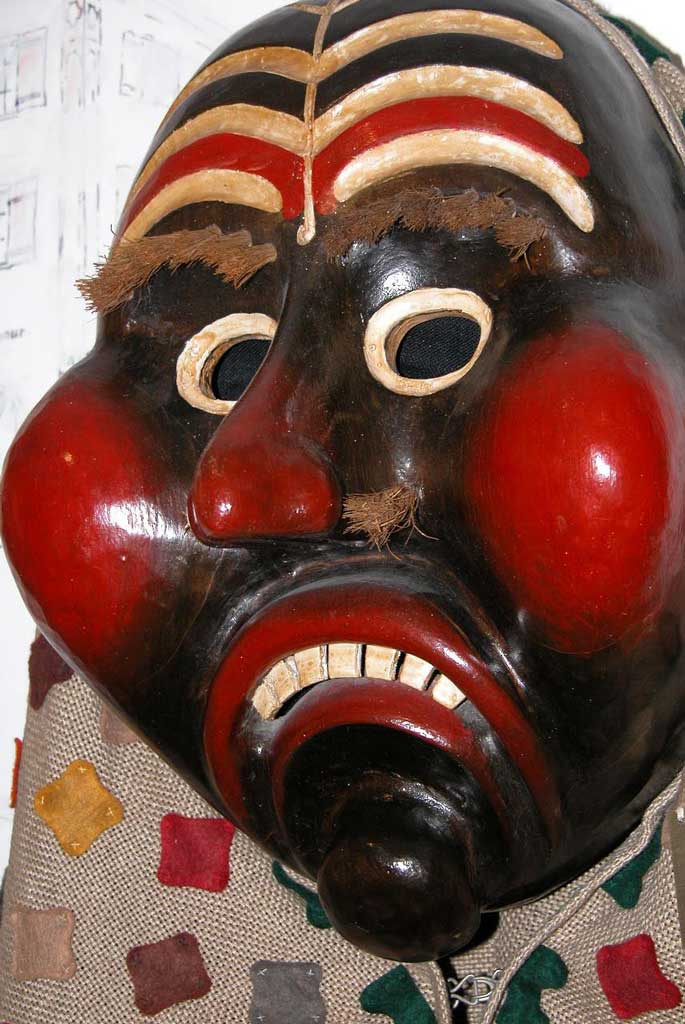 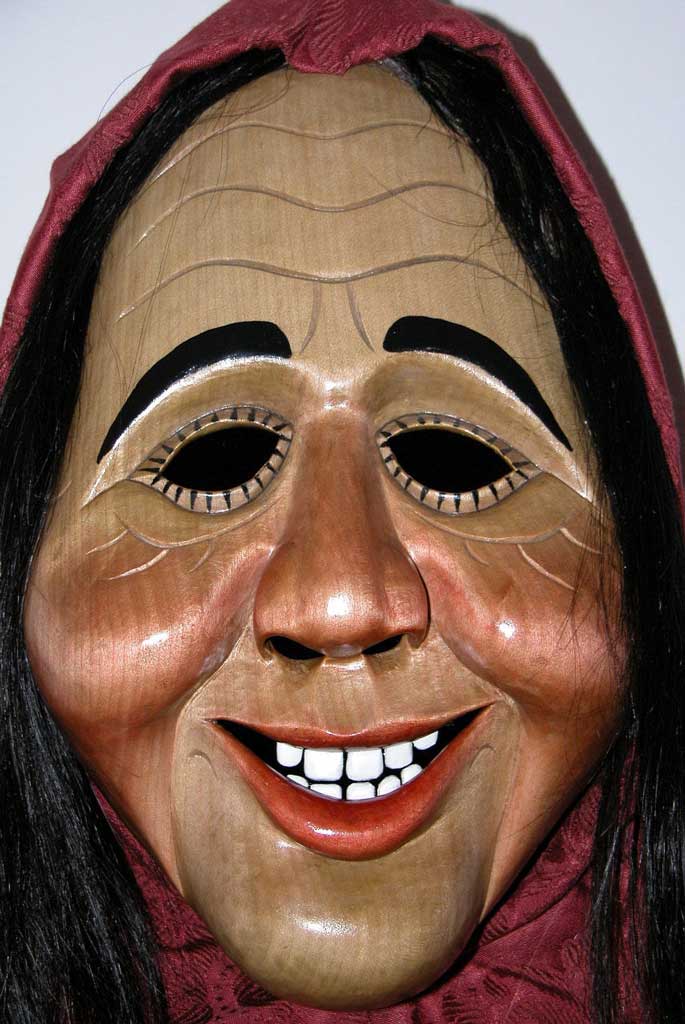 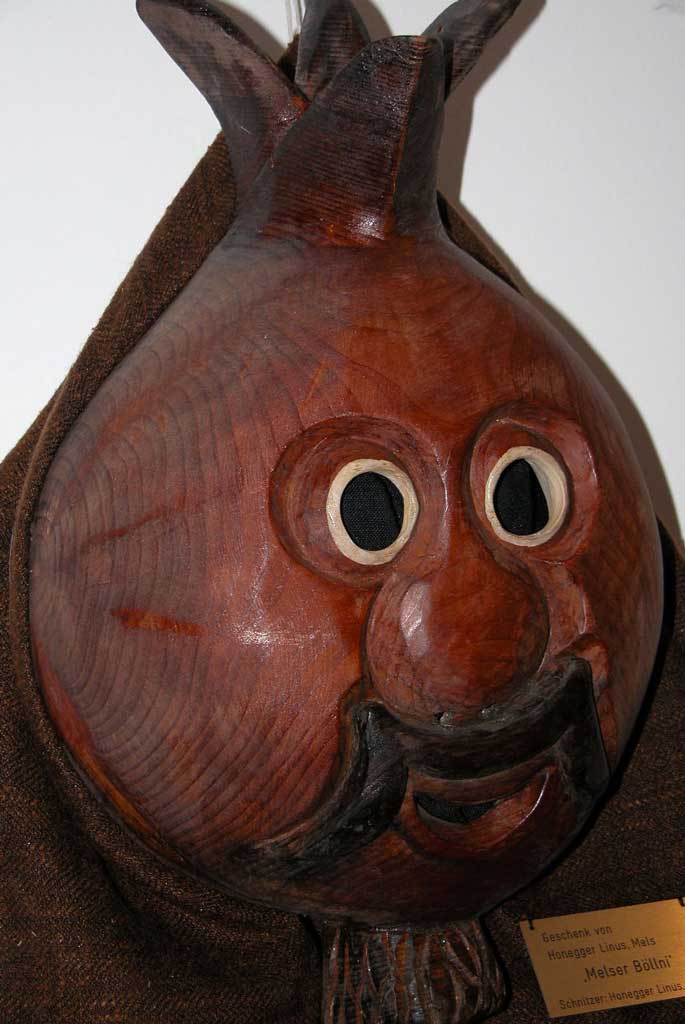 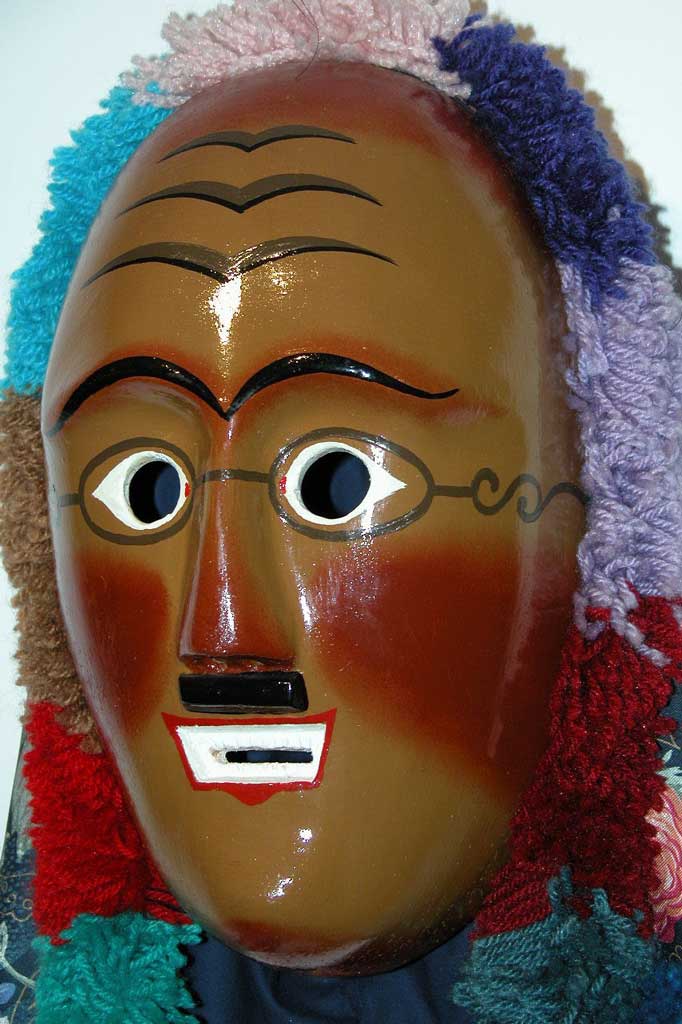 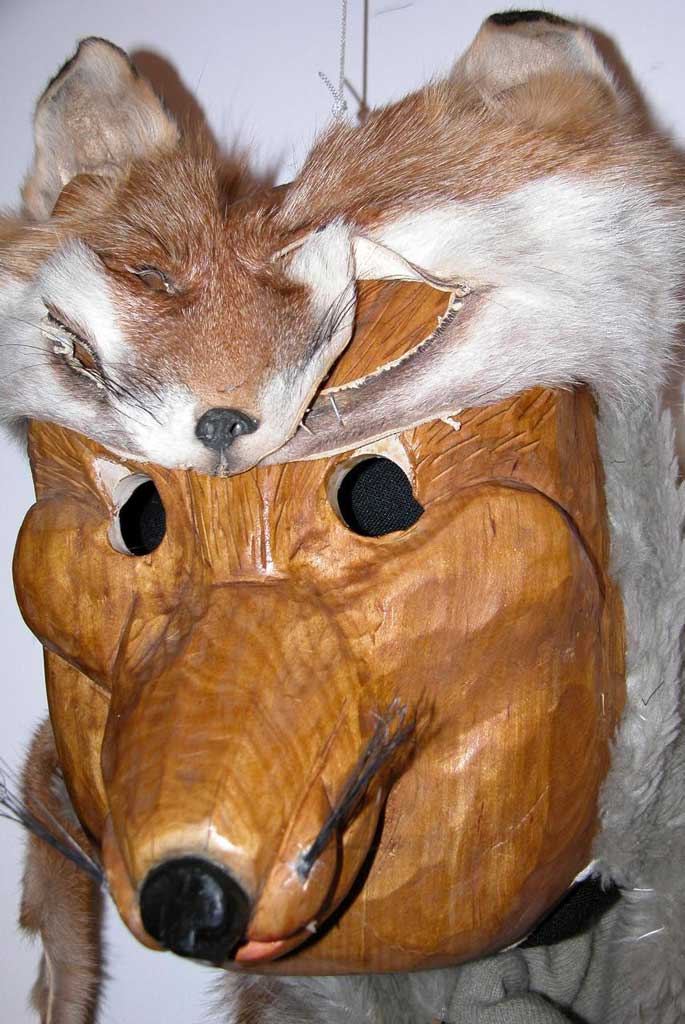 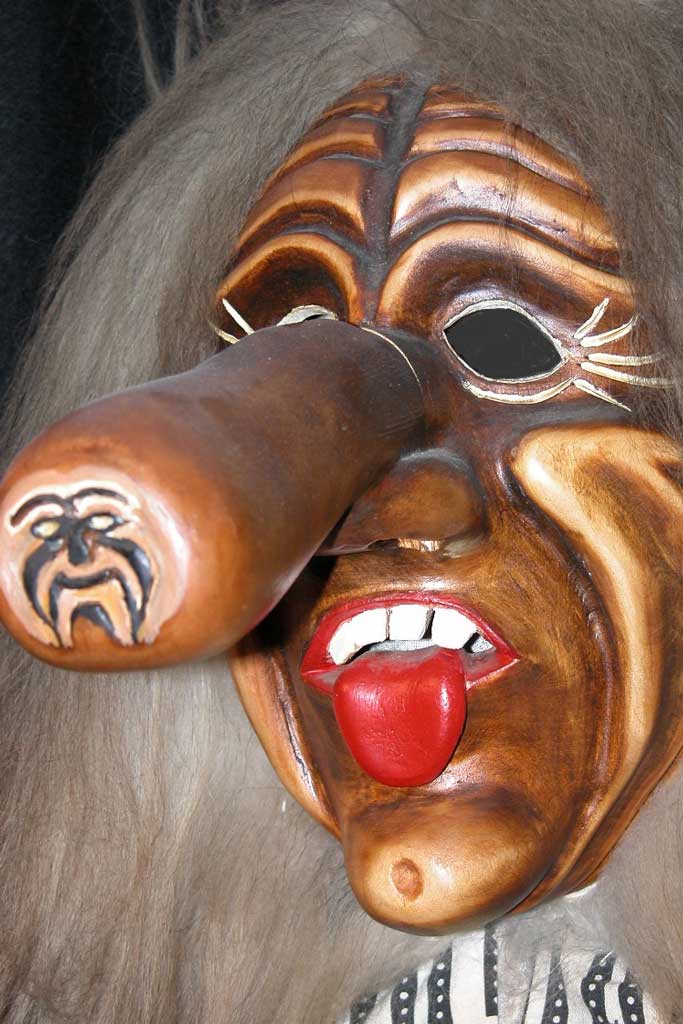 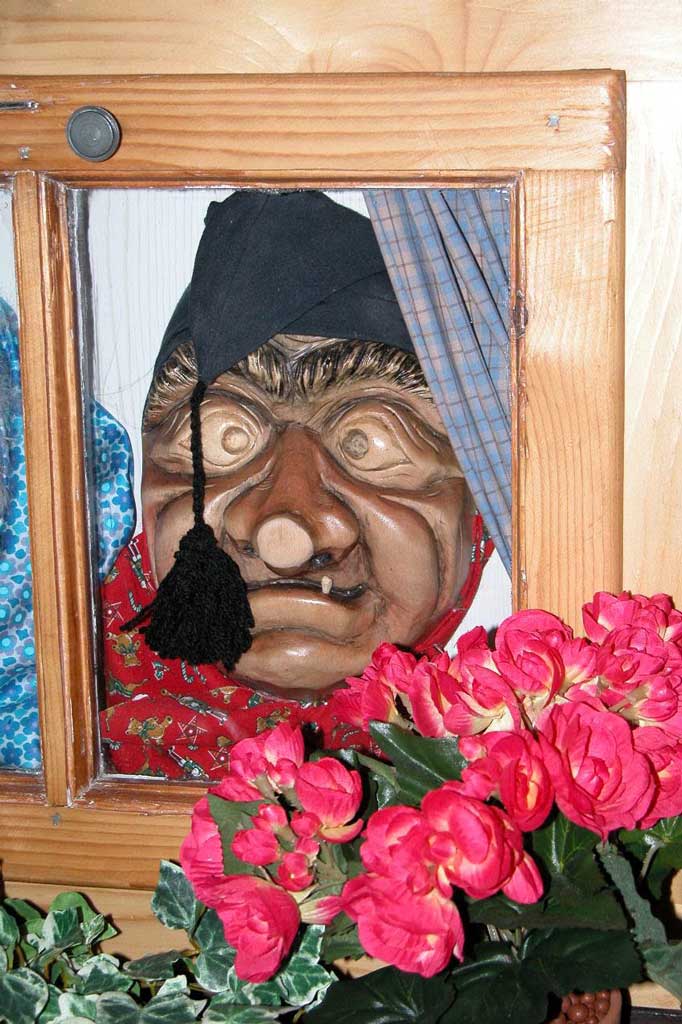 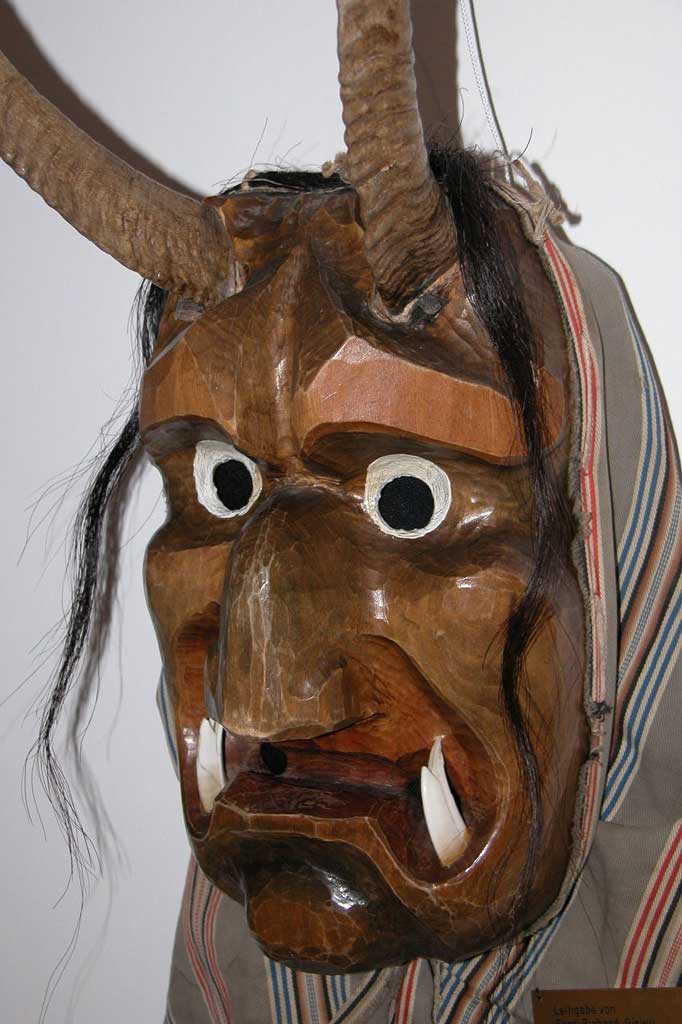 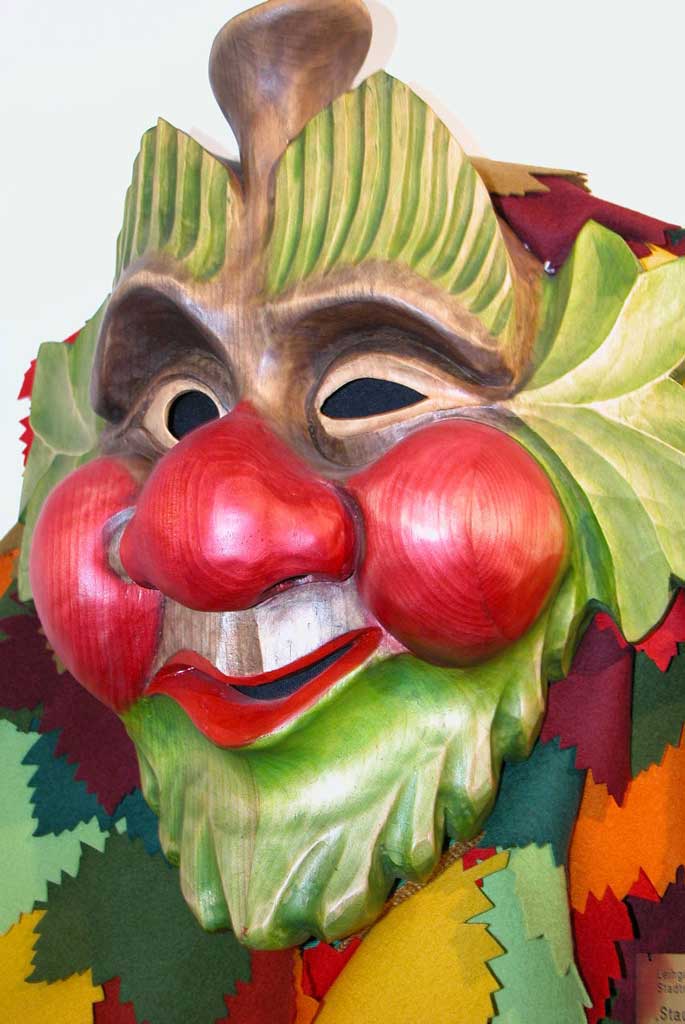 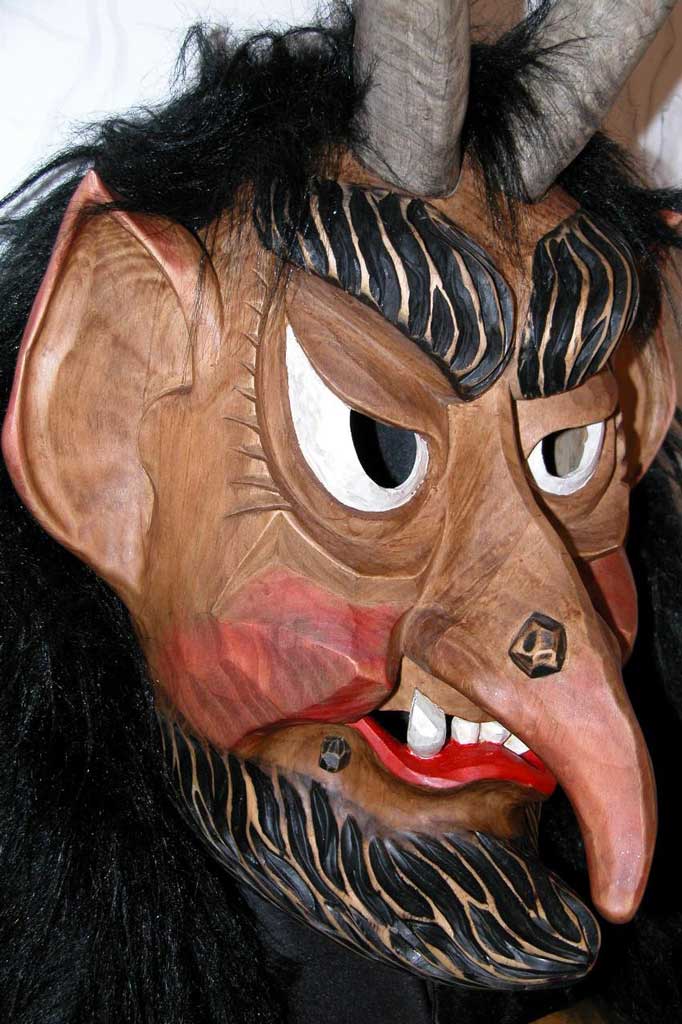 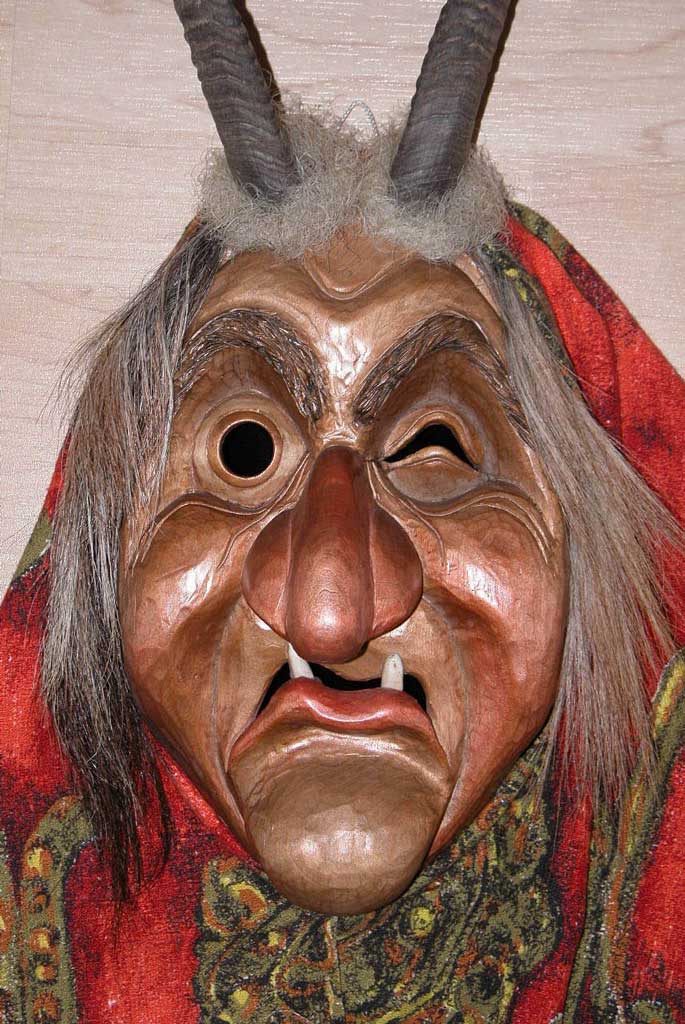 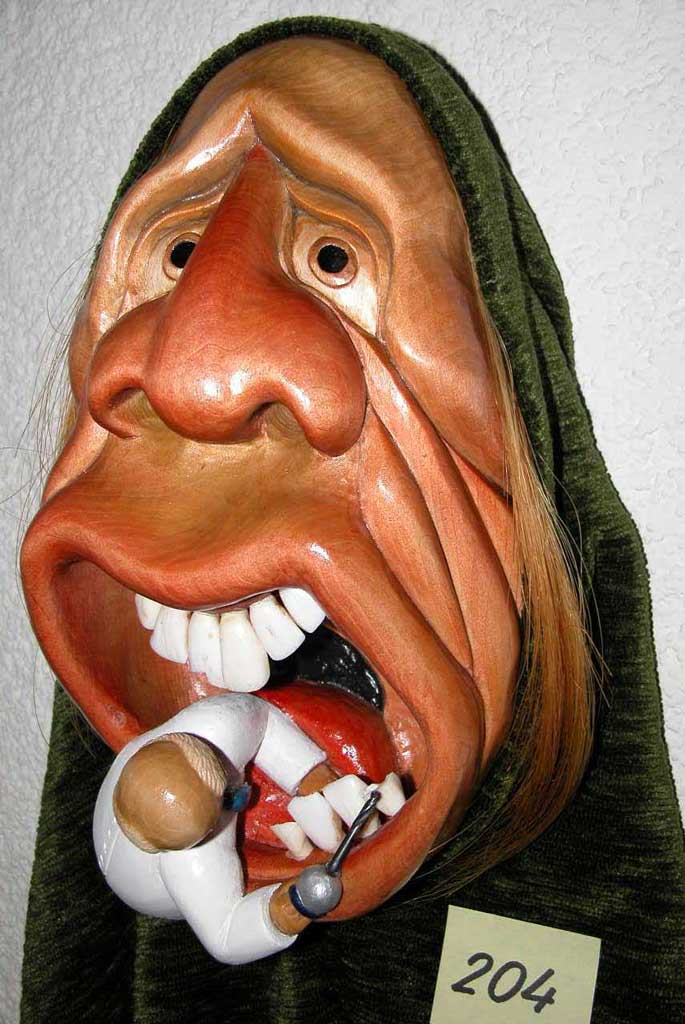 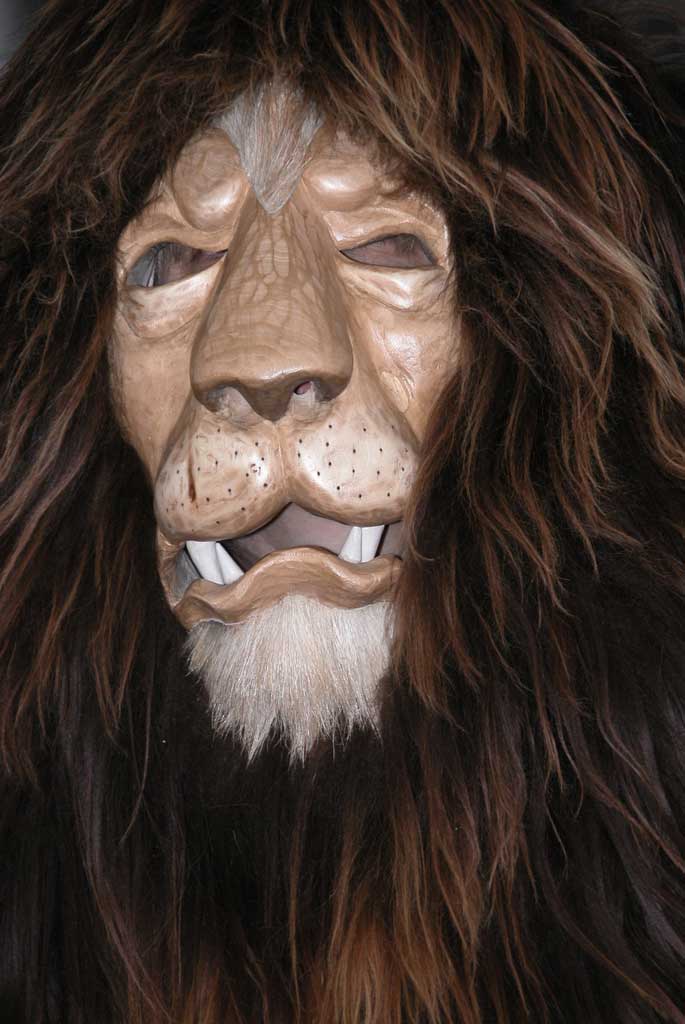 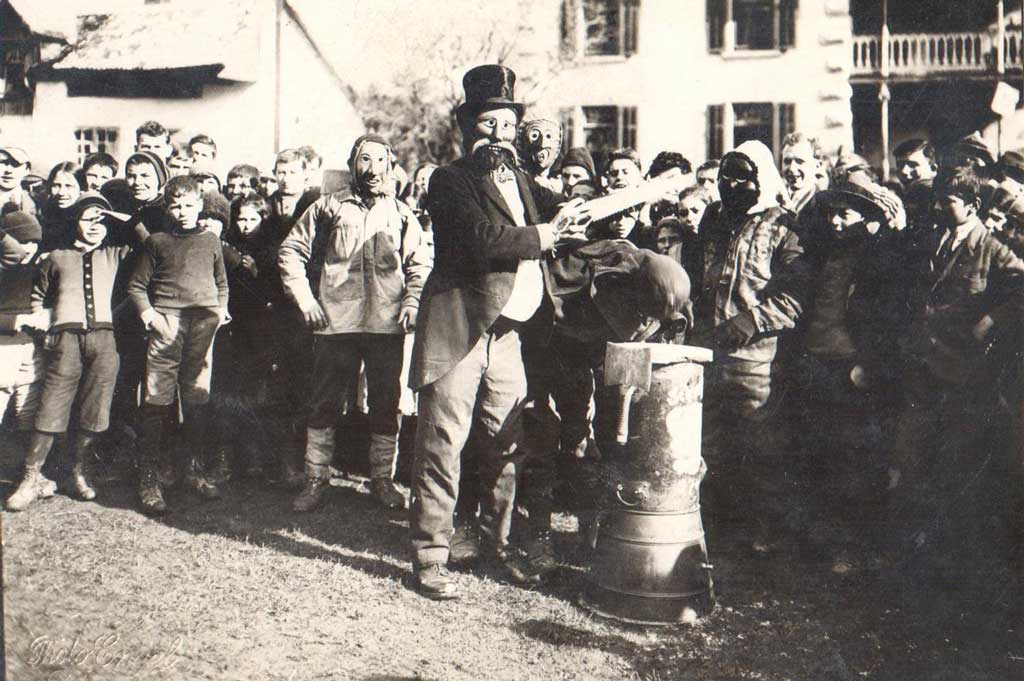 Popular justice with self-appointed criminal judge at the Flums street carnival. Around 1930. 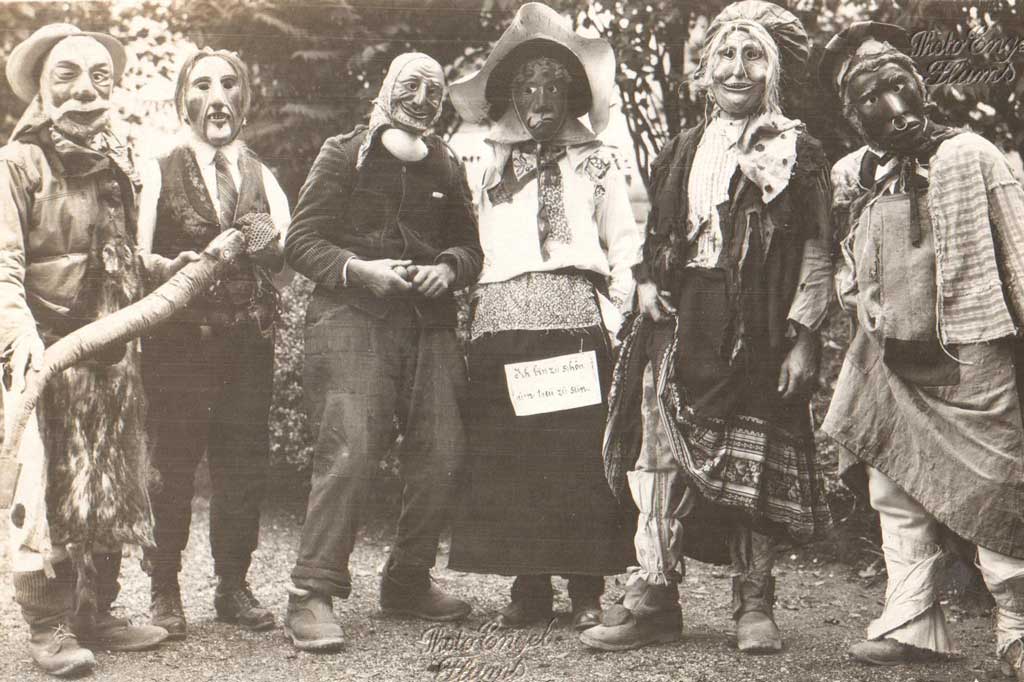 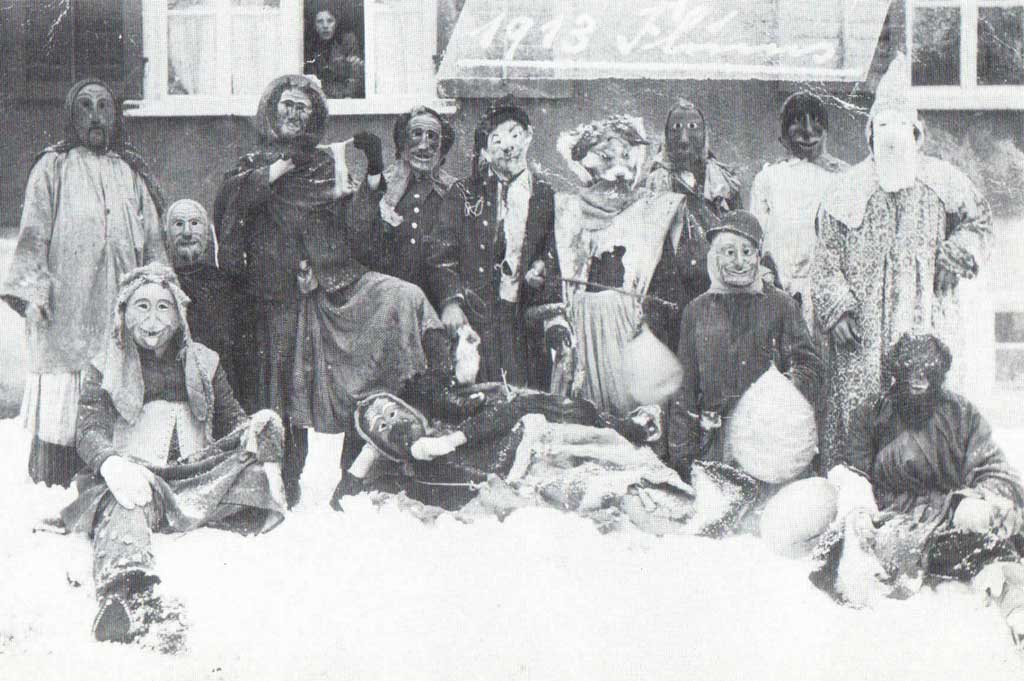 Flums street carnival with a group of masked participants in used 'Huttlen', 1913

The Sarganserland is known in the wider region as a centre of Fasnacht. In the ‘Fifth Season’, traditional wooden masks can be seen at parades and other events. The carving and wearing of wooden masks during Fasnacht is a popular and time-honoured tradition here. While Fasnacht used to be celebrated mainly in the streets and in taverns, in recent times large masked balls and Guggenmusik concerts have been added to the carnival processions.

An important component of Fasnacht of the past, whether it took place indoors or outdoors, was making fun of authorities and village personalities. Village life was portrayed in plays and other pranks were afoot. Local characters with prominent features or behavioural quirks were caricatured with carved wooden masks.

The custom of mask carving was first introduced in the Sarganserland region at the start of the 19th century. Migrant workers brought this craft to the region. Until the 1930s, the wooden masks in the Sarganserland were mainly character masks. Later, scary, demon and devil masks also became customary. The variations on witch masks that are prevalent today can be traced back to the older ‘Wiibli’ (old-maid) masks.

After the Second World War, there was a boom in the wood-carving industry, which continues to this day. This has resulted in increased production of both imitations of old masks and creative new designs. Flums developed into the centre for mask-carving, and its carvers created masks that achieved renown far beyond the region's borders. The newly established wood-carvers' associations make a vital contribution to the preservation of the carving tradition in the Sarganserland. At present, there are some sixty active amateur wood-carvers in the Sarganserland region.