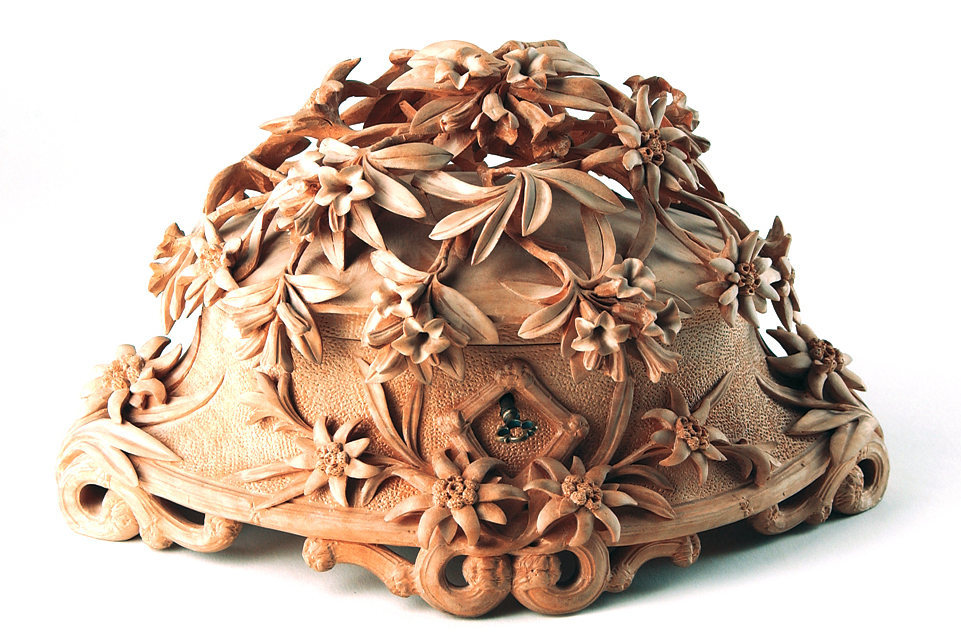 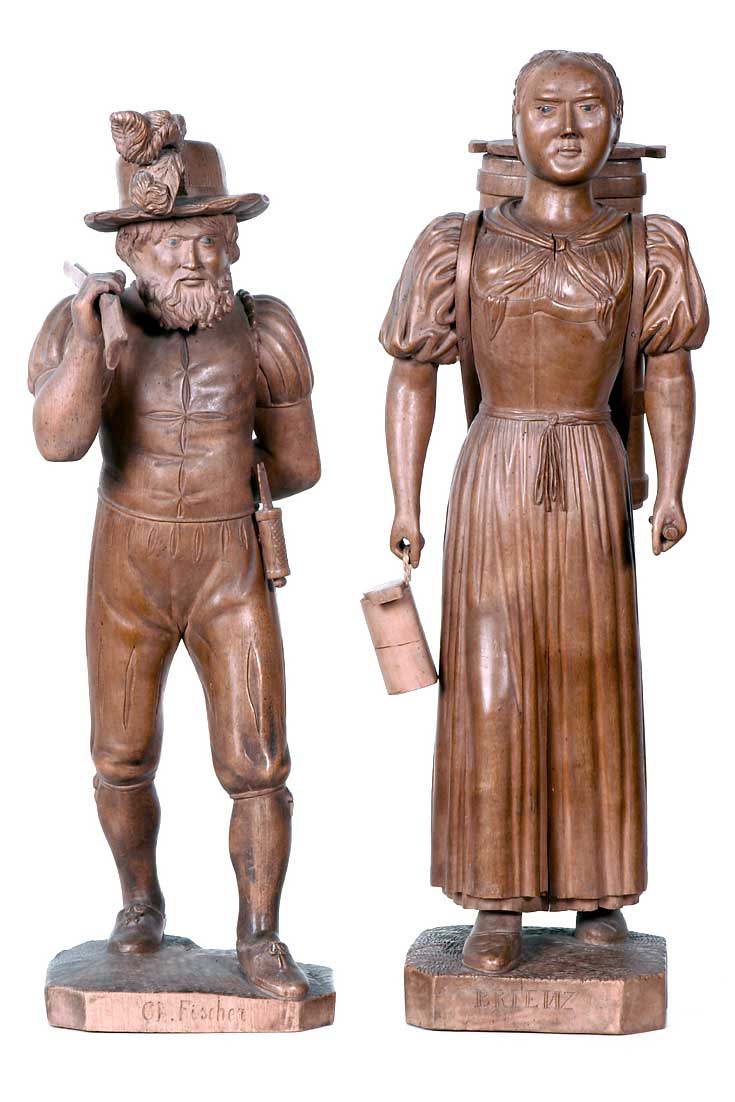 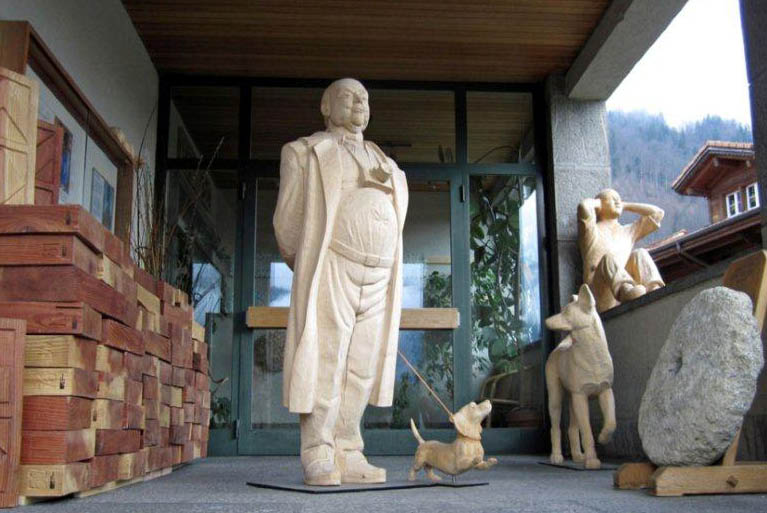 Entrance to the School of Woodcarving in Brienz: A life-size tourist, carved by a student in 2006 (raw limewood, 170 cm high) © Schule für Holzbildhauerei Brienz 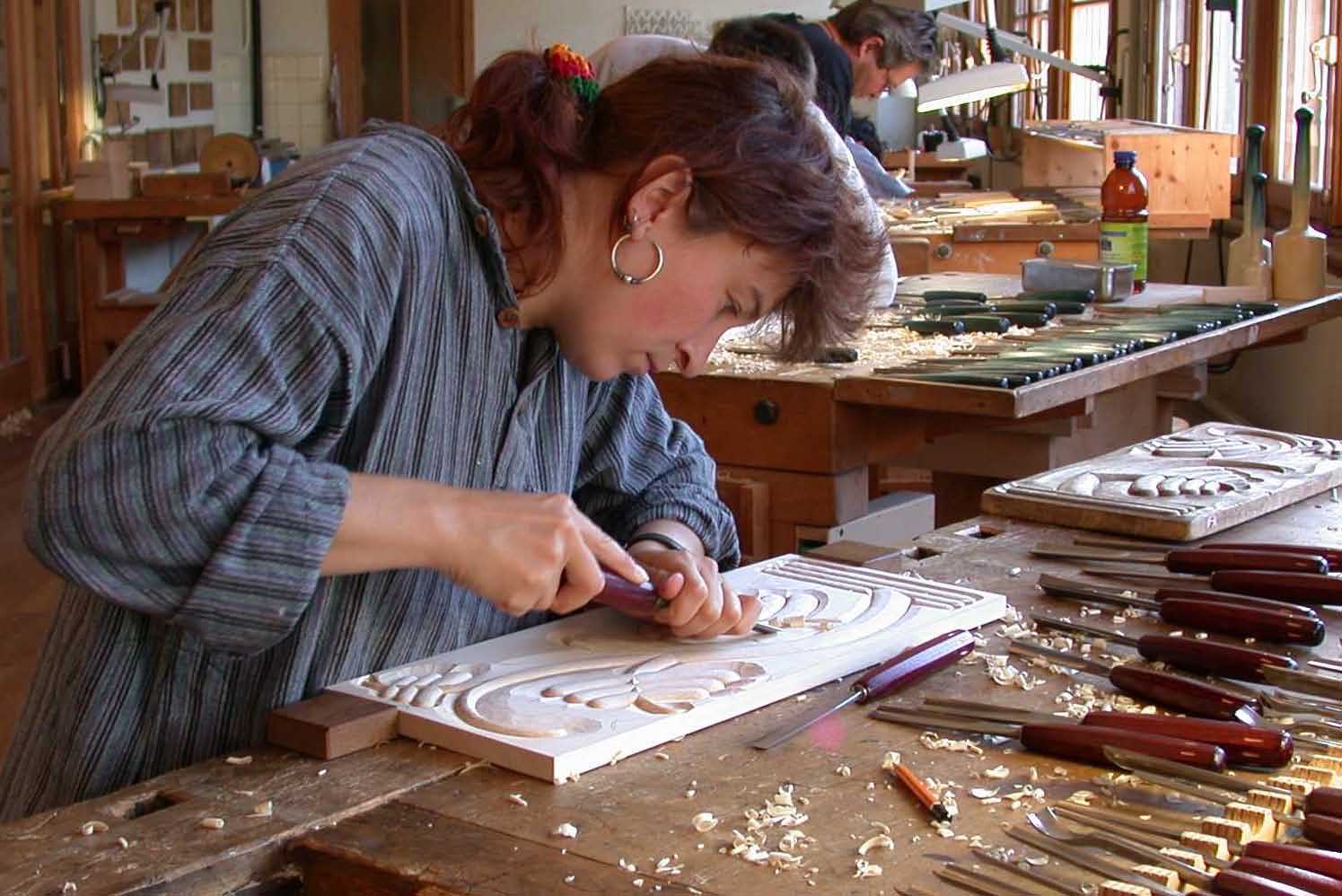 Brienz, 2003: A student at the School of Woodcarving © Schule für Holzbildhauerei Brienz 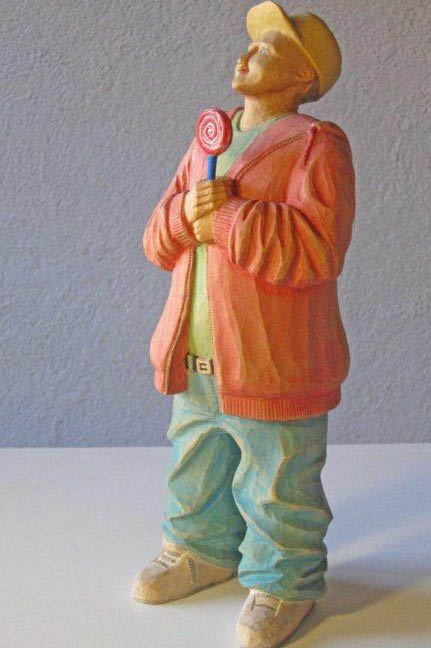 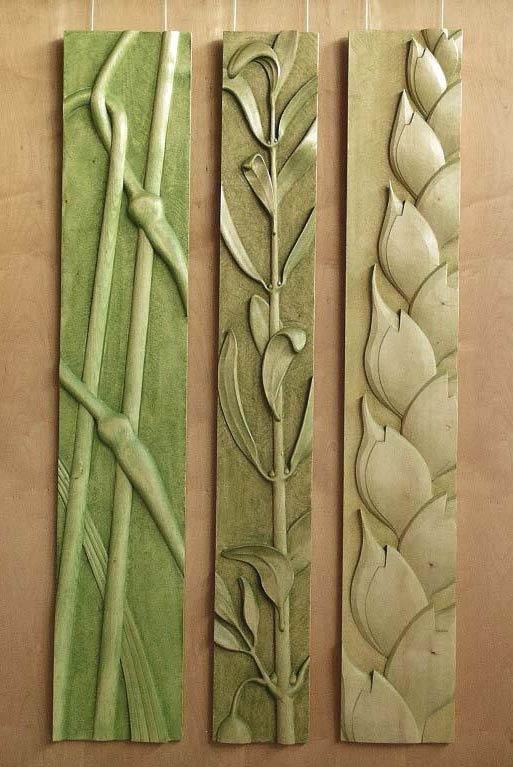 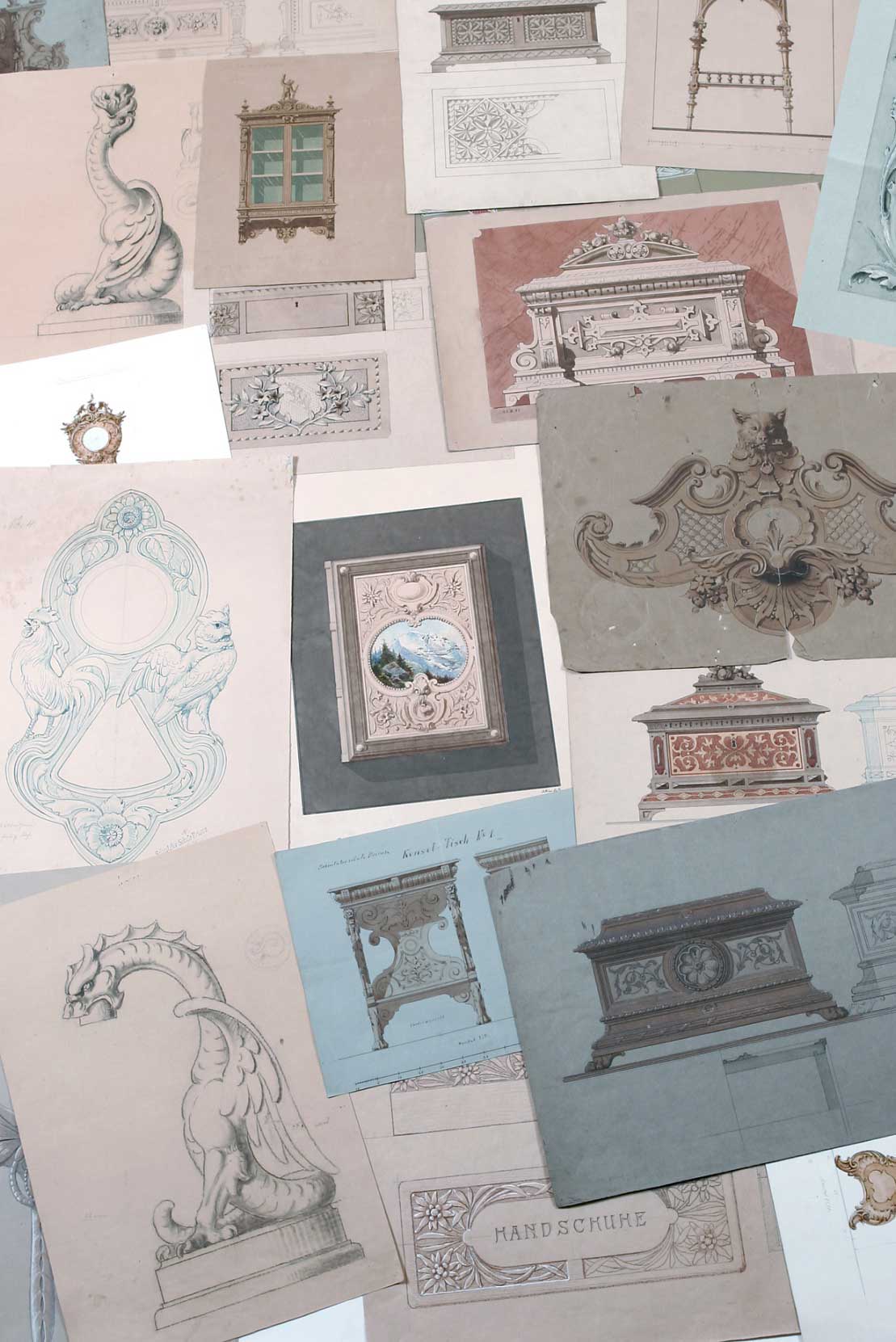 From the stock of teachers’ drawings at the School of Woodcarving in Brienz, dating from around 1900 © Schule für Holzbildhauerei Brienz 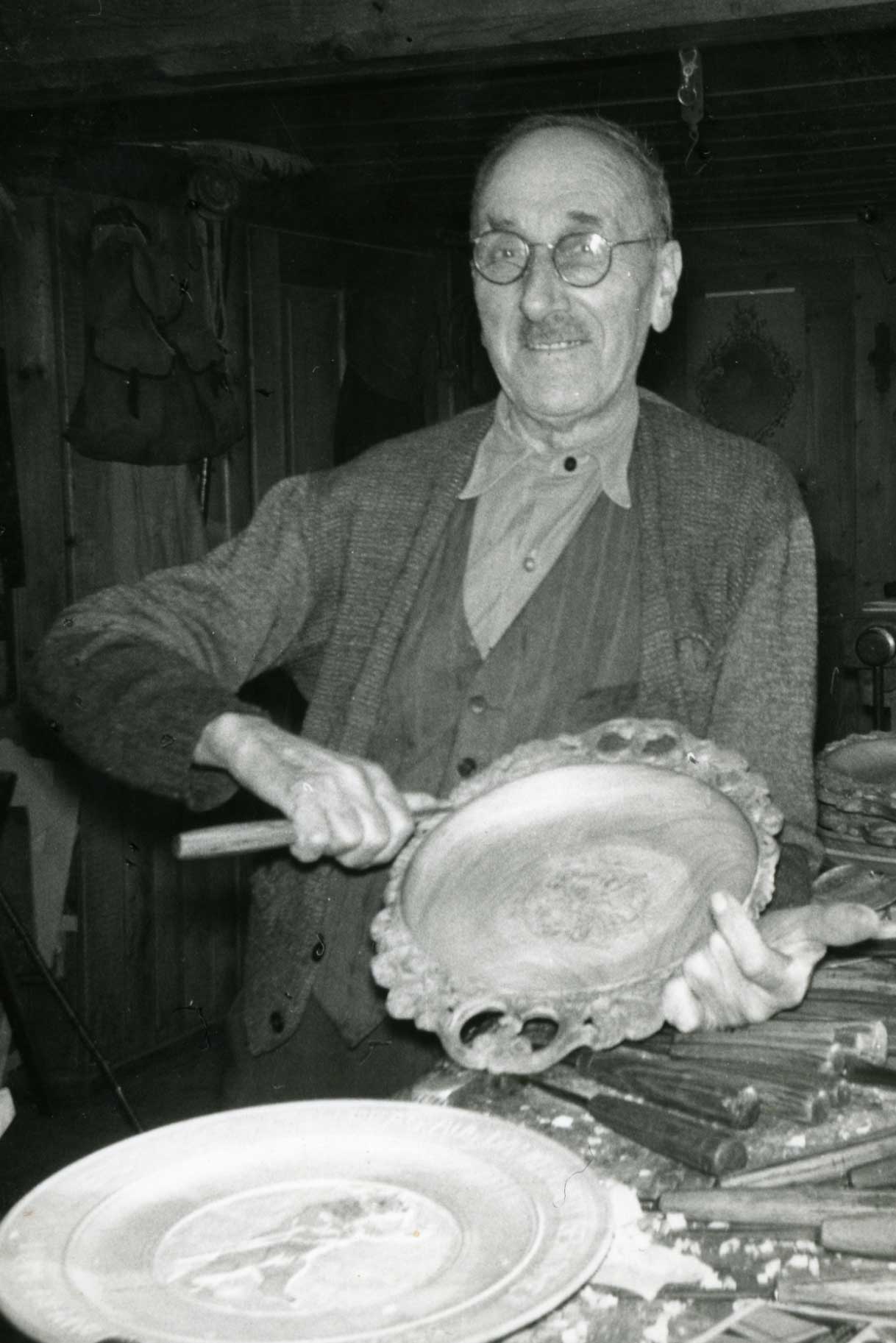 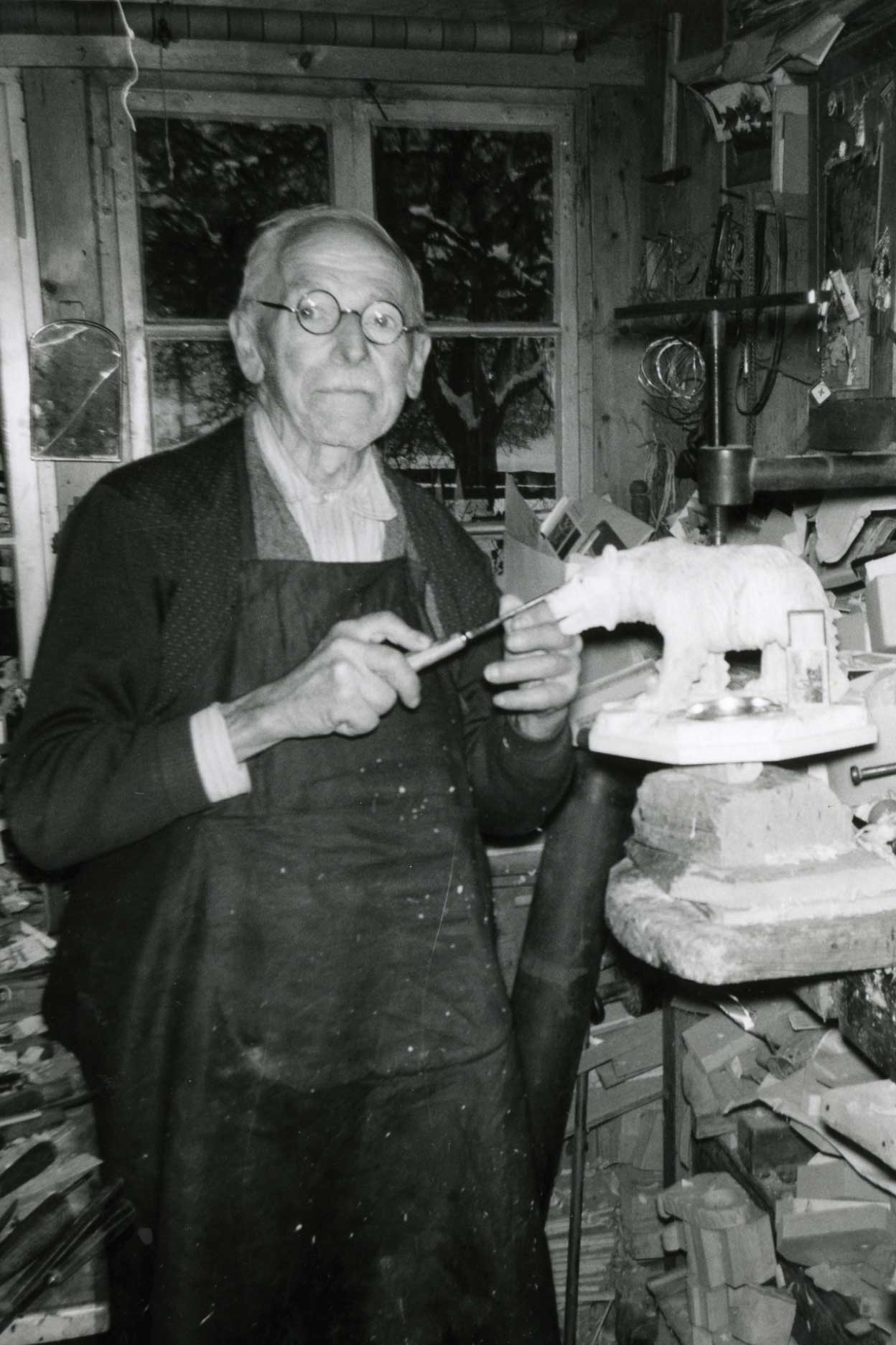 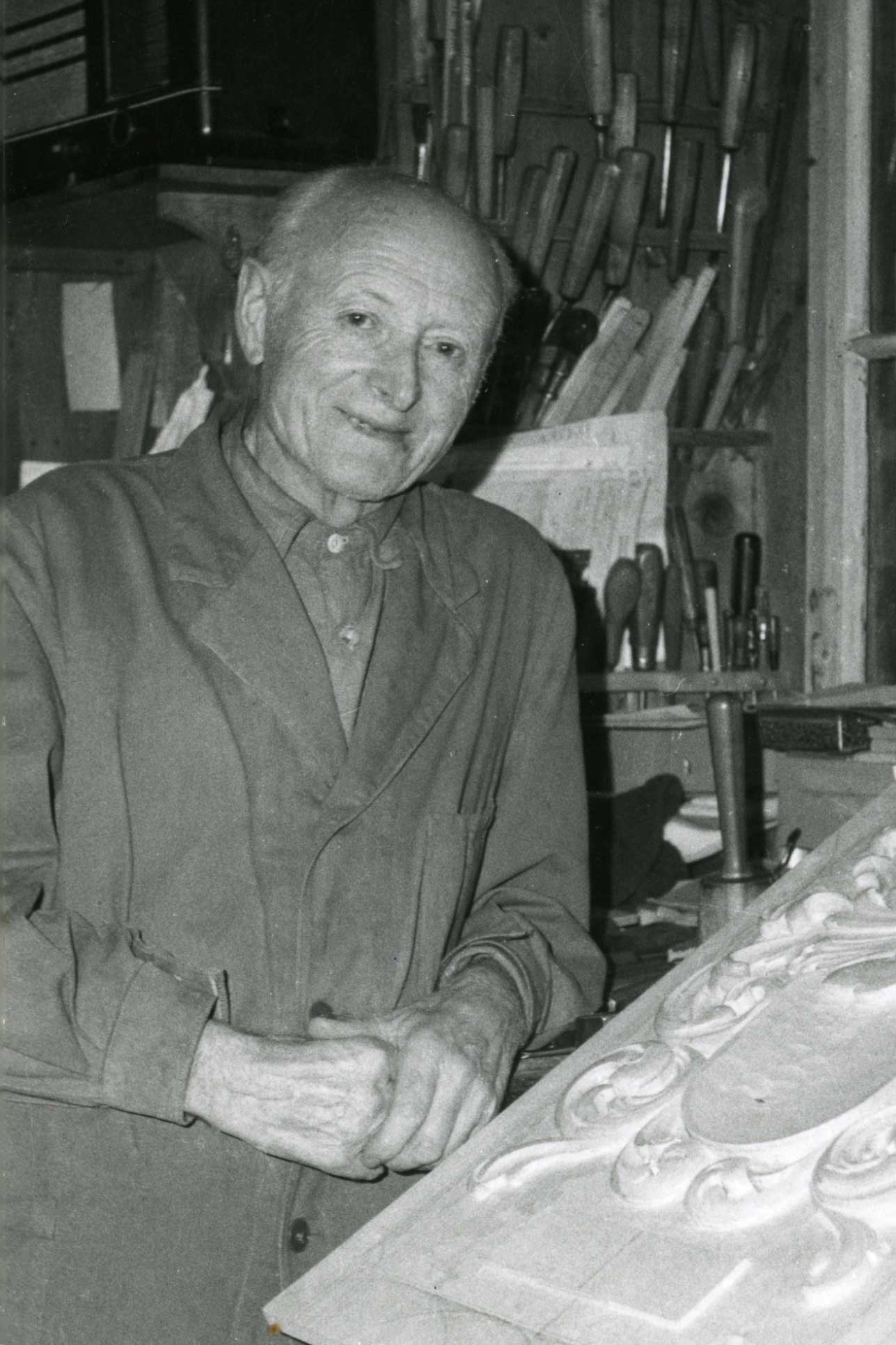 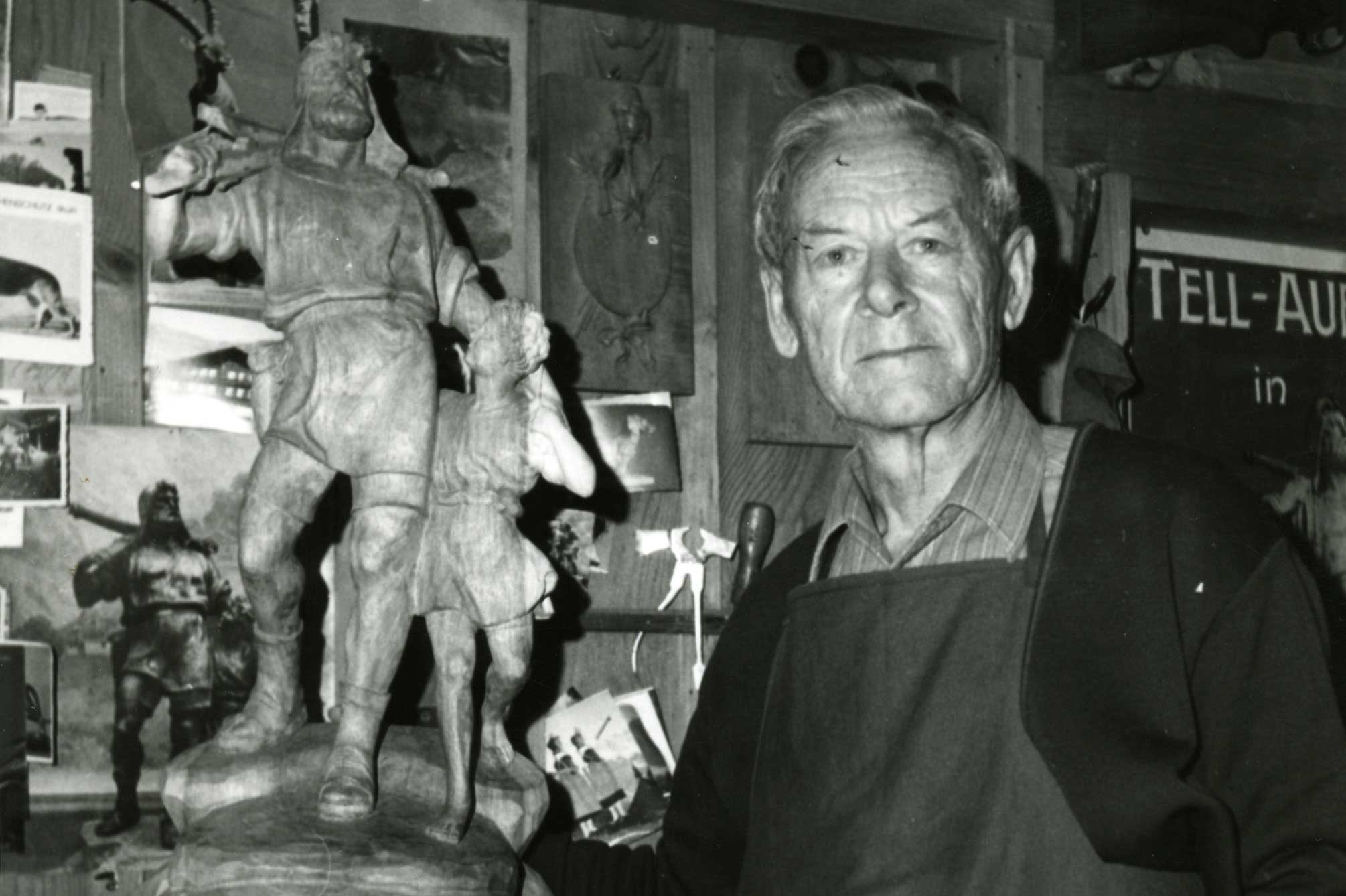 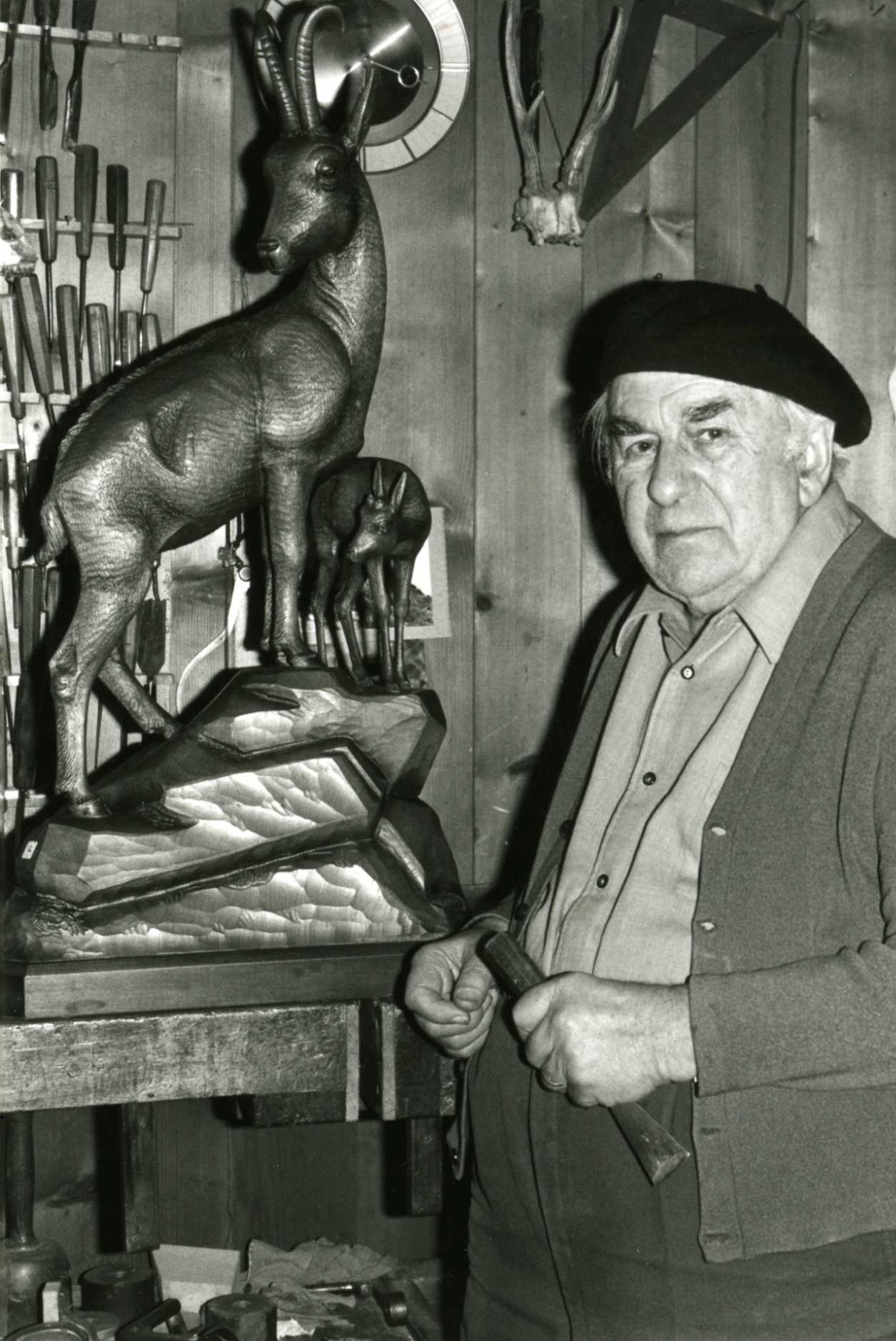 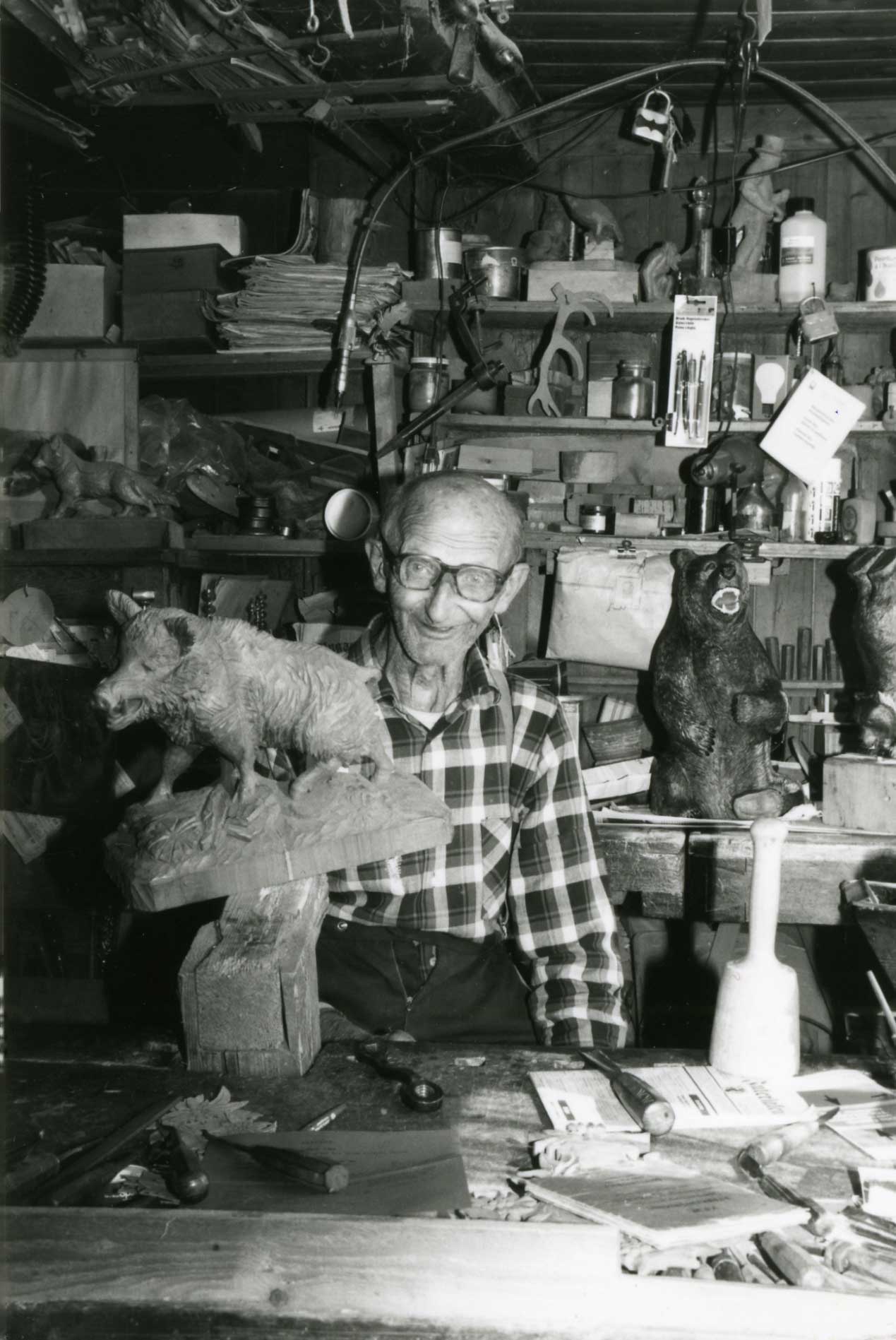 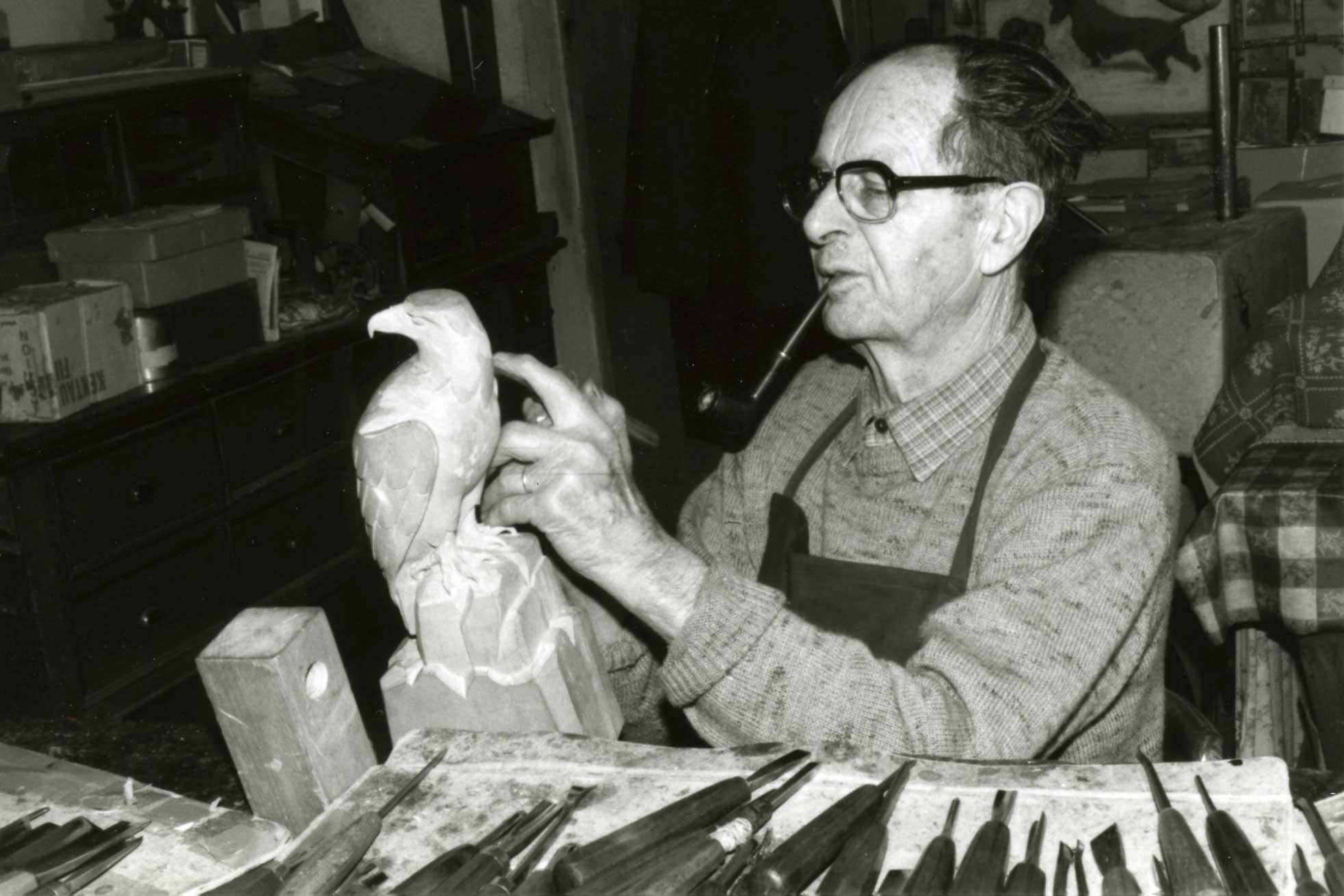 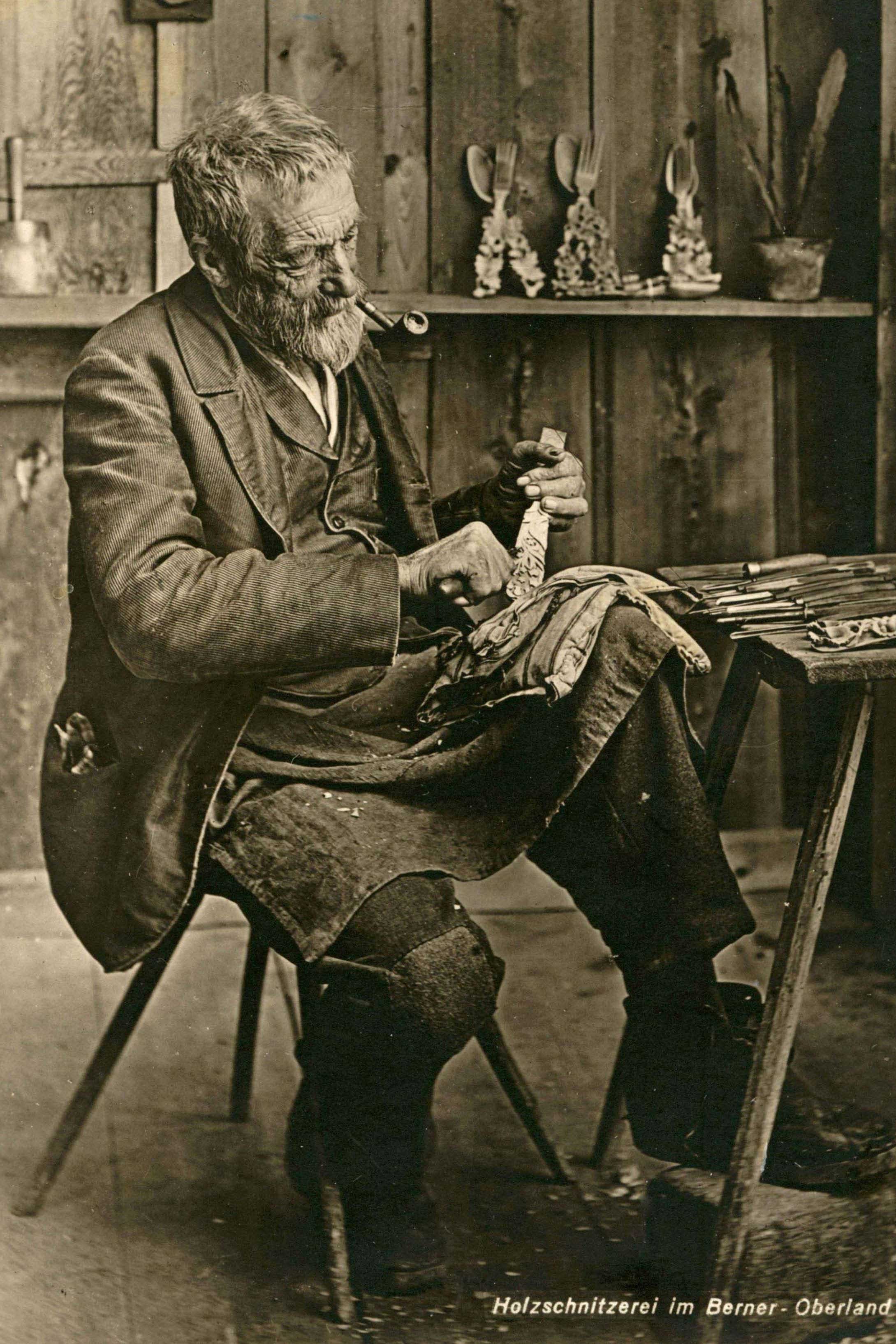 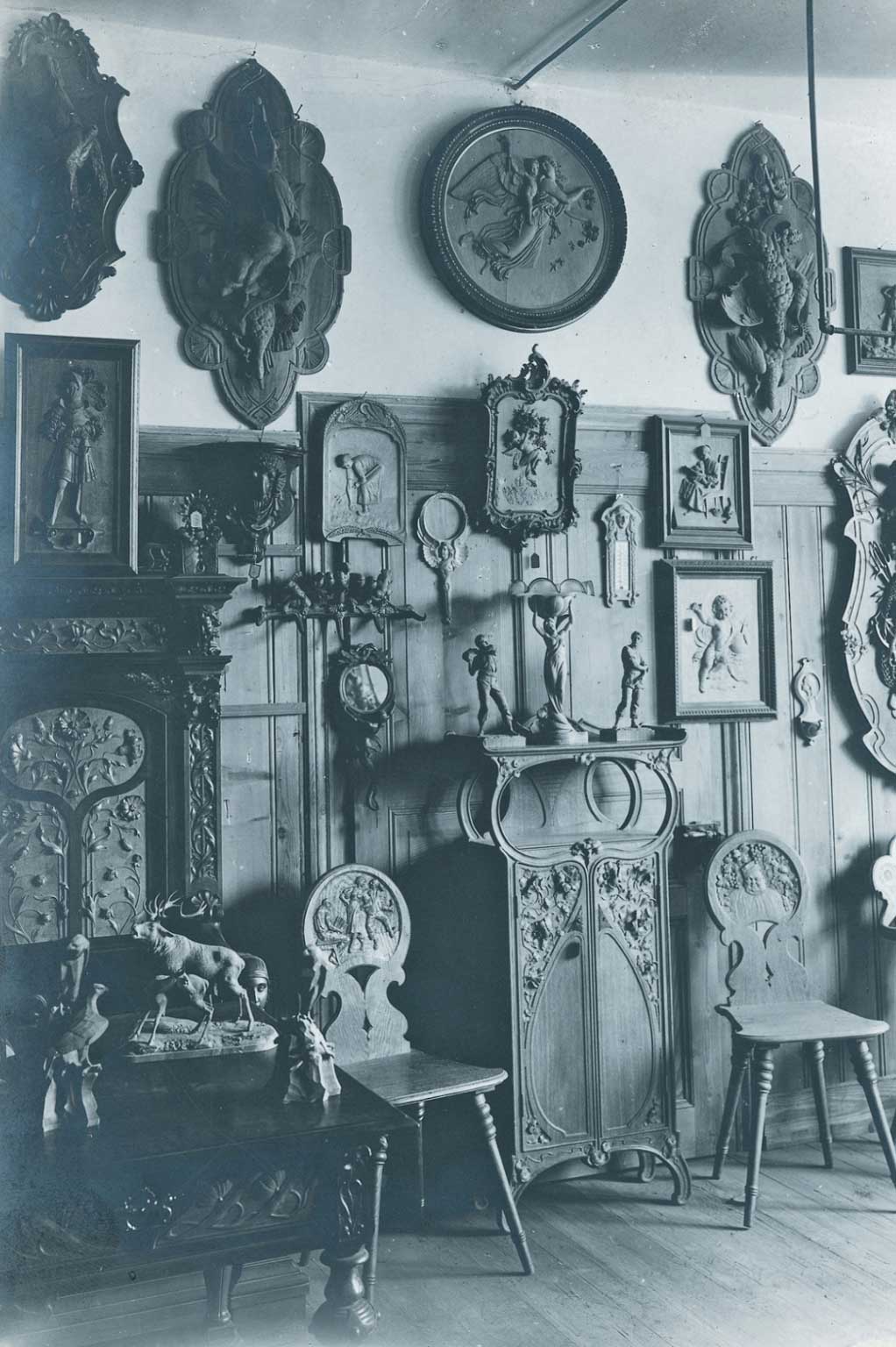 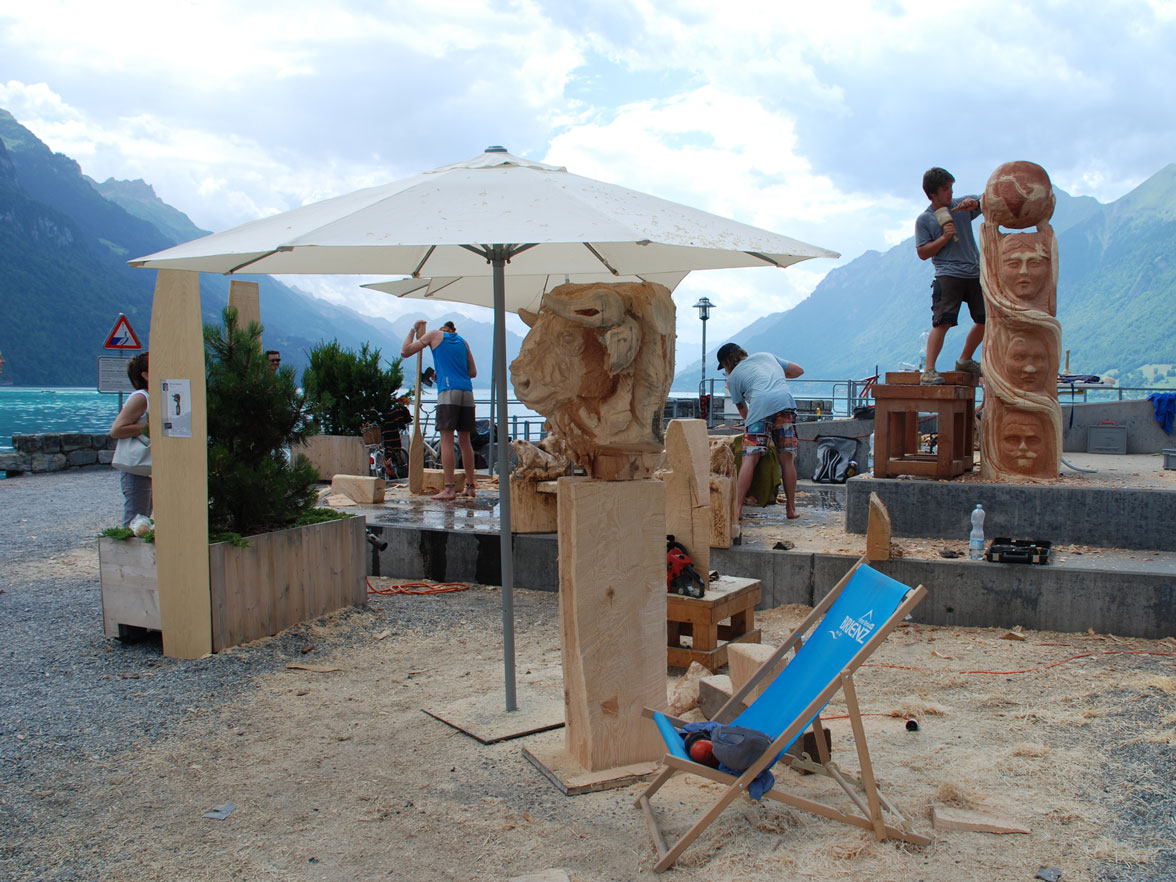 Sculpture «The Bull» by the Mongolian artist Dorjsuren Lkhagvadorj at the Brienz Symposium on Woodcarving (Brienz, 2017) © Internationales Holzbildhauer Symposium Brienz 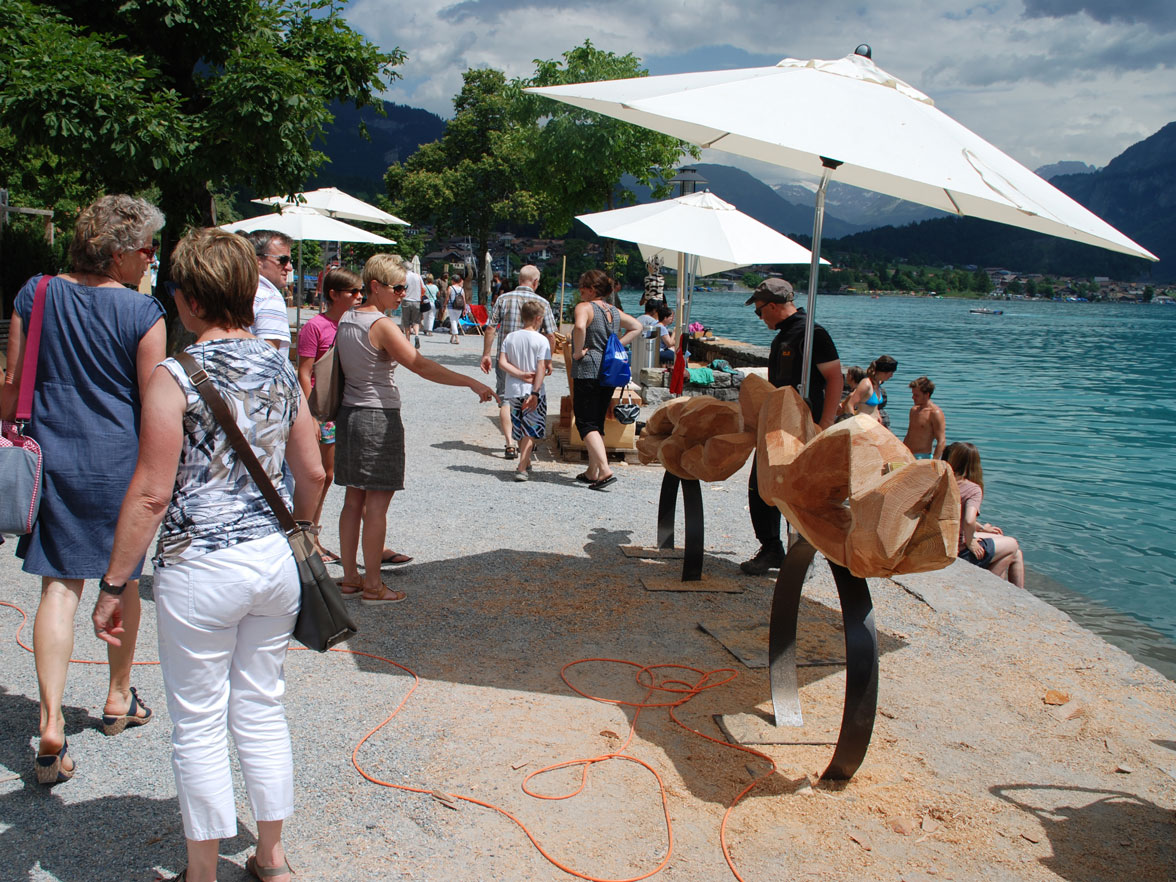 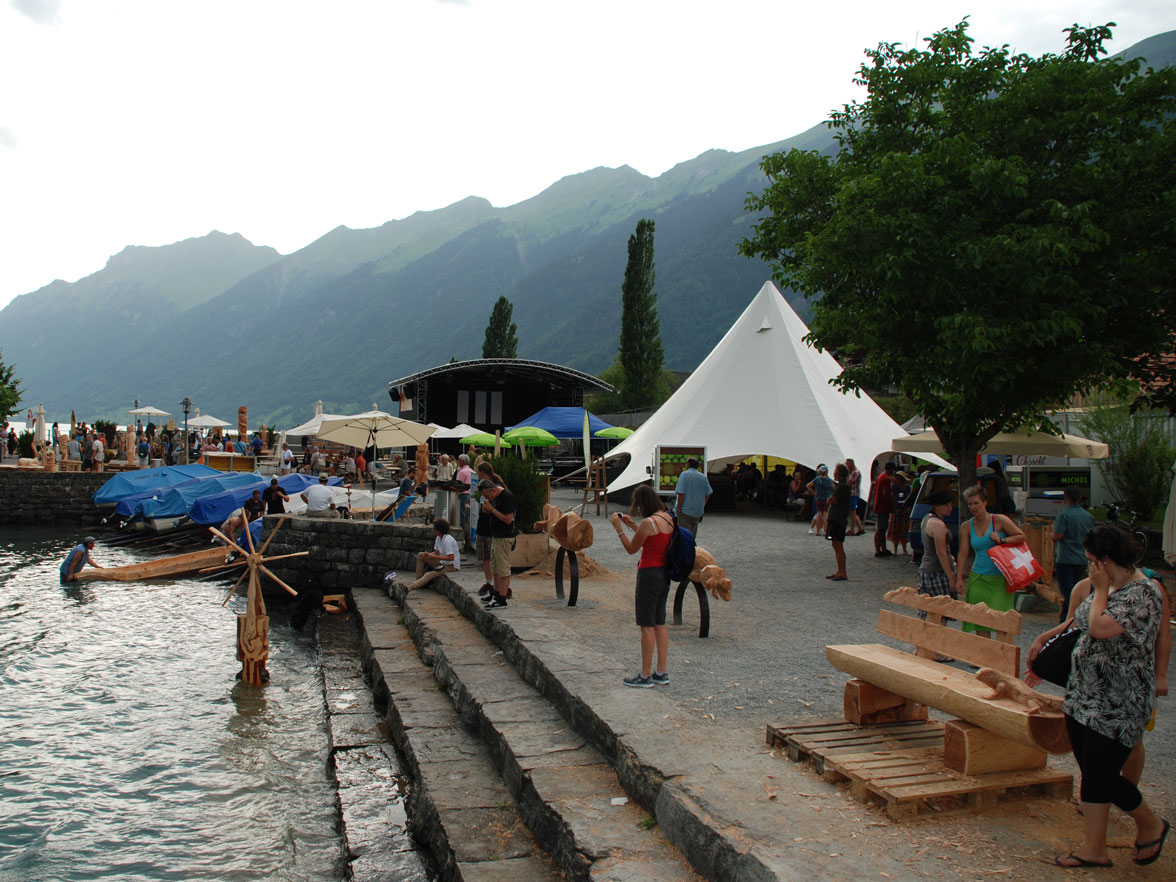 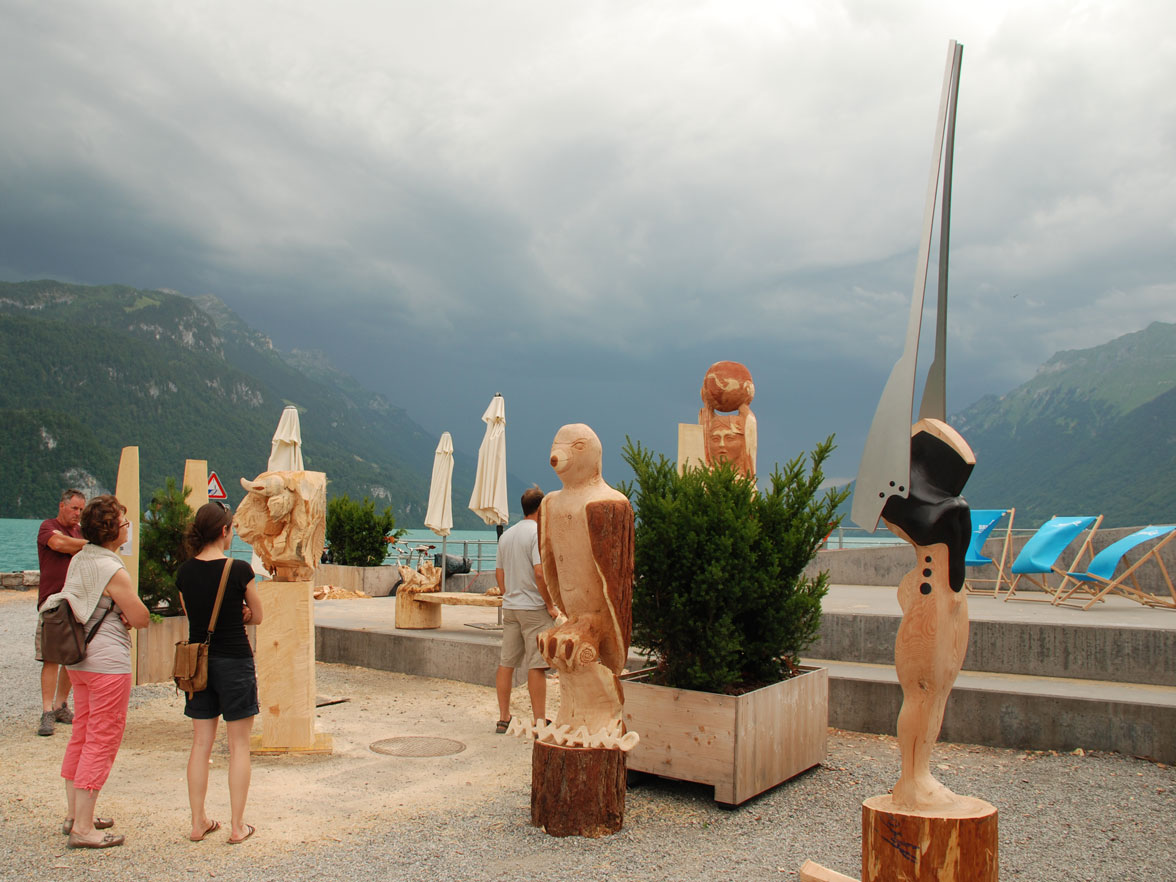 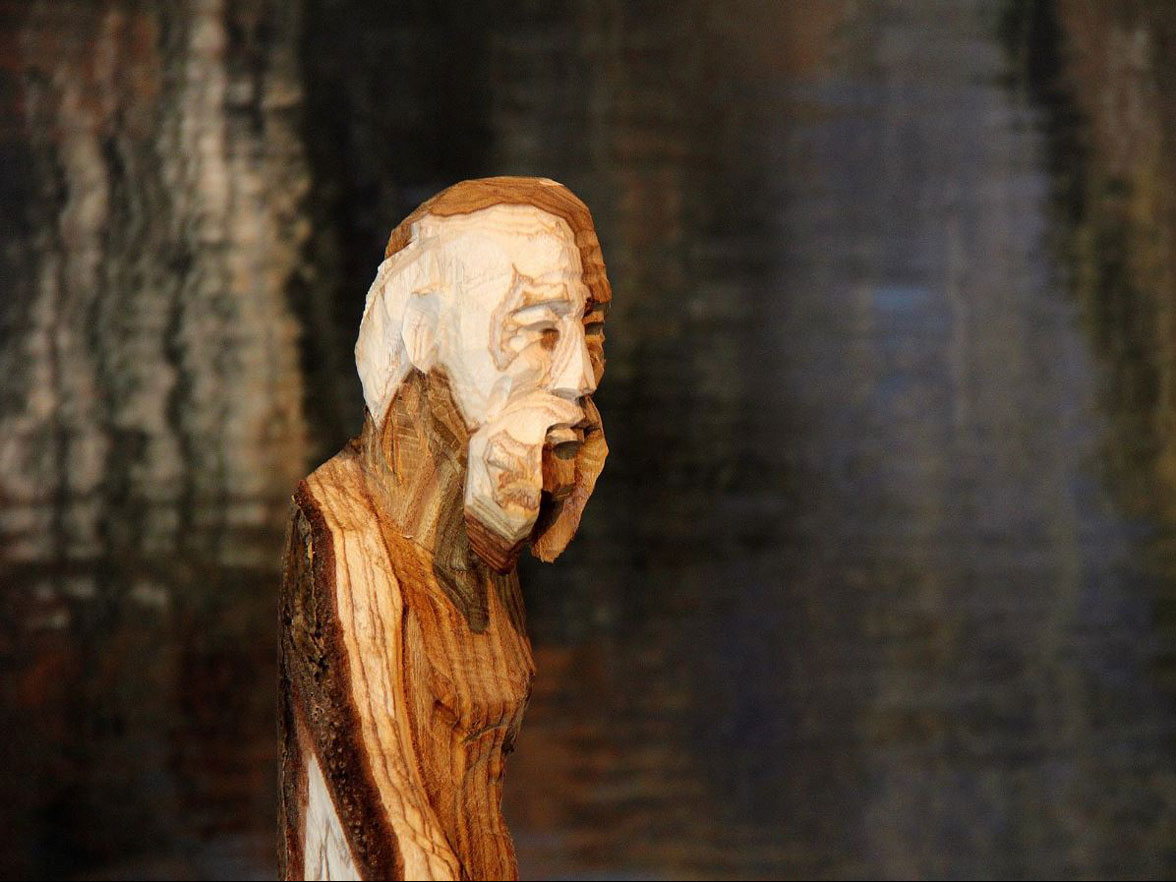 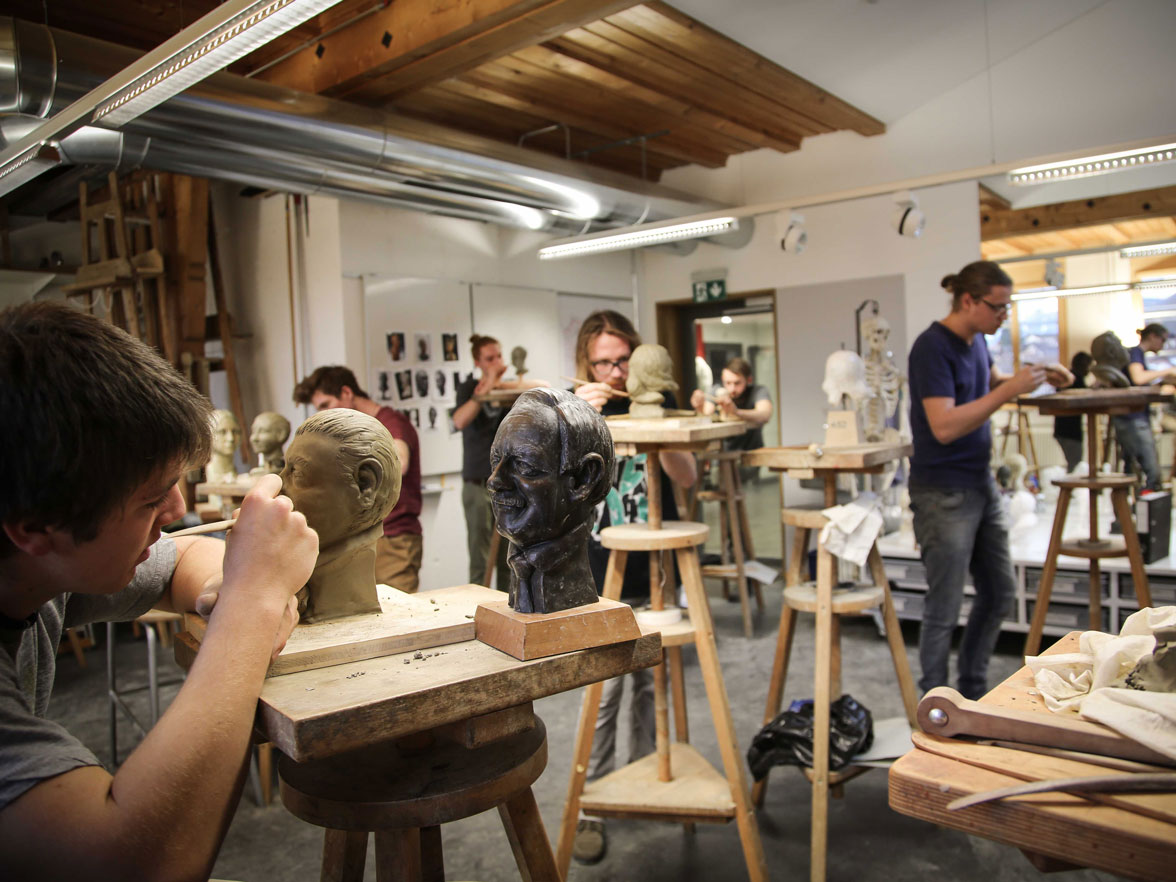 Pupils of the second year sculpting portraits at the Woodcarving School in Brienz, 2016 © Markus Flück 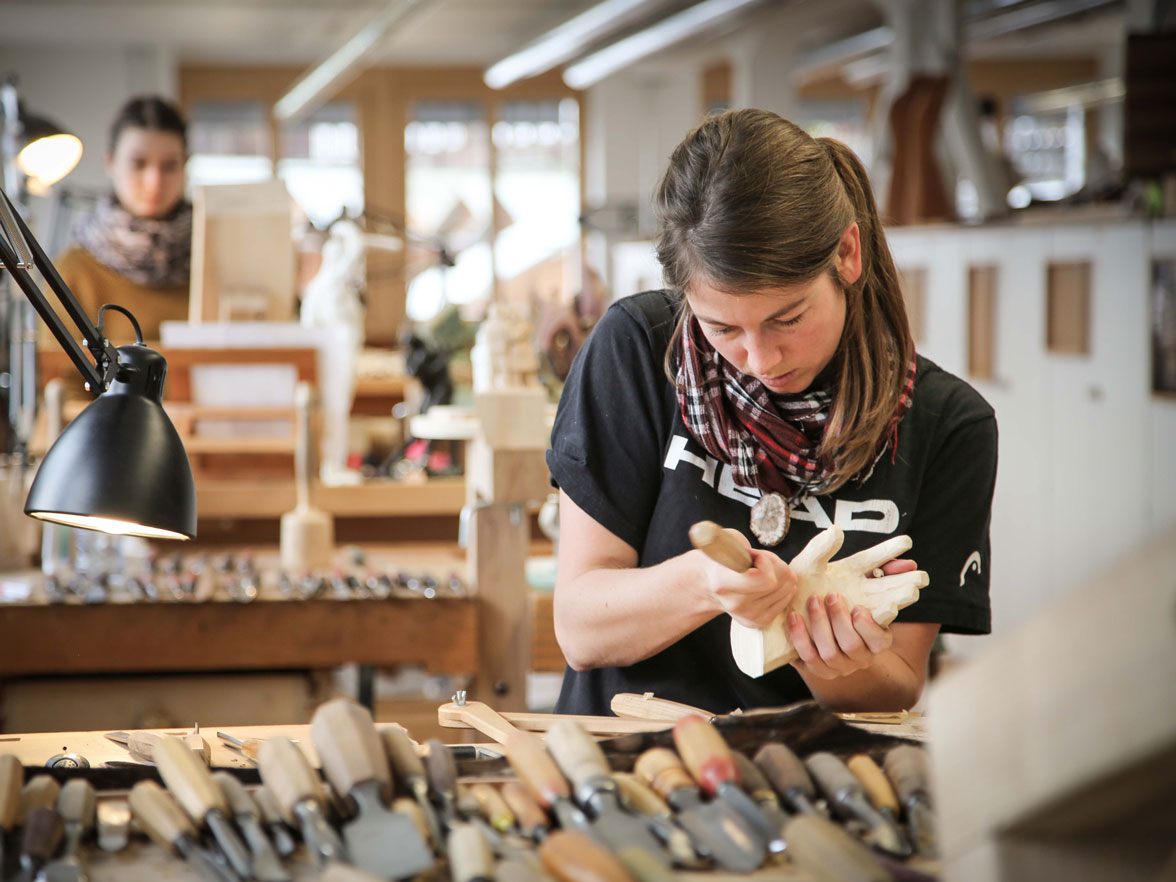 Katrin Conrad in the renovated part of the Woodcarving School in Brienz, 2016 © Markus Flück

In the famine of 1816, wood turner Christian Fischer from Brienz started decorating goods with wood carvings and selling them to tourists. In order to meet growing demand he soon began teaching the skill to people from the region. In 1851, Brienz woodcarving achieved international recognition at the London Exposition. "Brienz Woodcarving School" was founded in 1884, becoming an educational institution and official training workshop of the canton of Bern in 1928. Now known as the "School of Woodcarving", the institution is the only place in Switzerland where young people can learn the art of woodcarving. Since 2009 the school has also provided vocational training for new turners, basket makers, coopers and white-wood coopers. Today, professional woodcarvers run independent businesses, fulfilling demanding contracts but also producing souvenirs, since the ties between woodcarving and tourism remain strong after two hundred years despite various attempts at diversification. Because the products and the historical and practical knowledge of woodcarving are threatened by the changing generations, the "Association for the Collection and Exhibition of Brienz Woodcarvings" was established in 1990, in turn establishing the "Swiss Woodcarving Museum" in 2009.