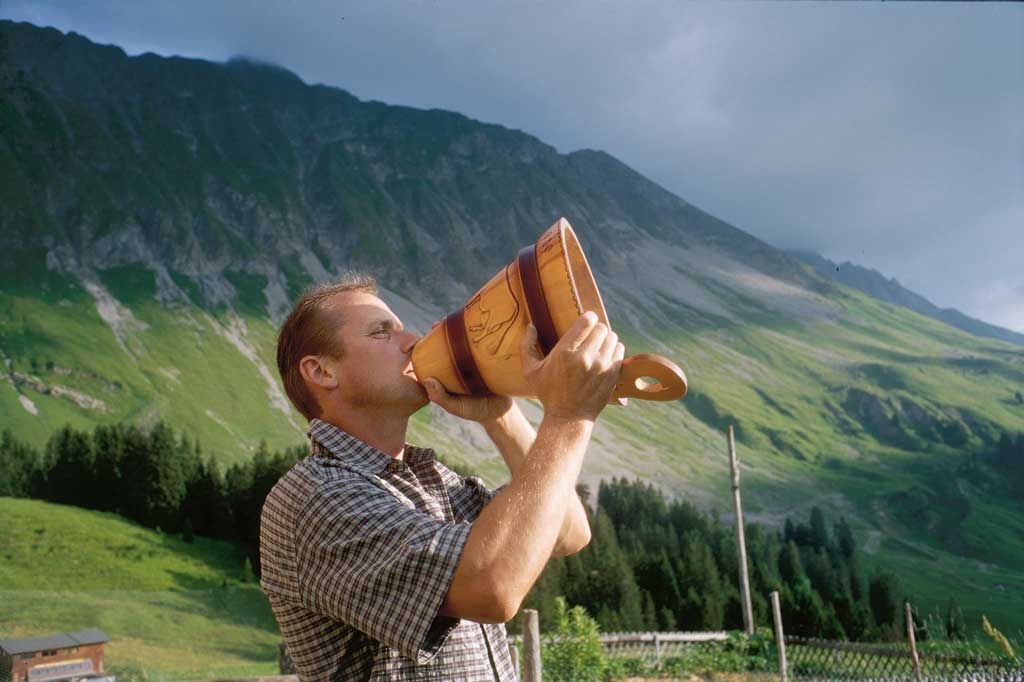 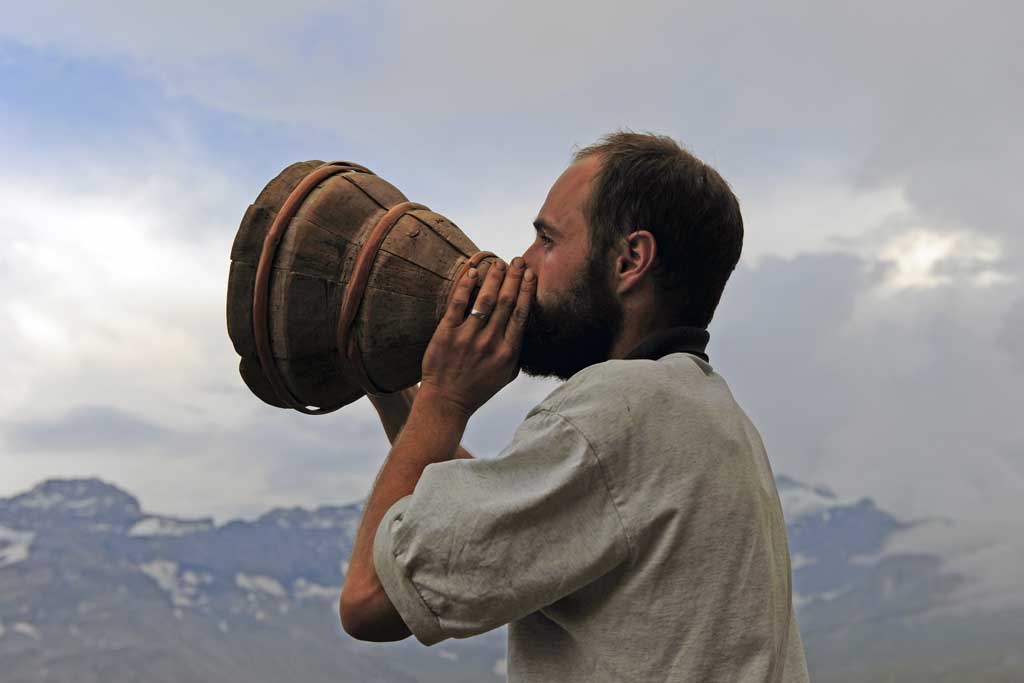 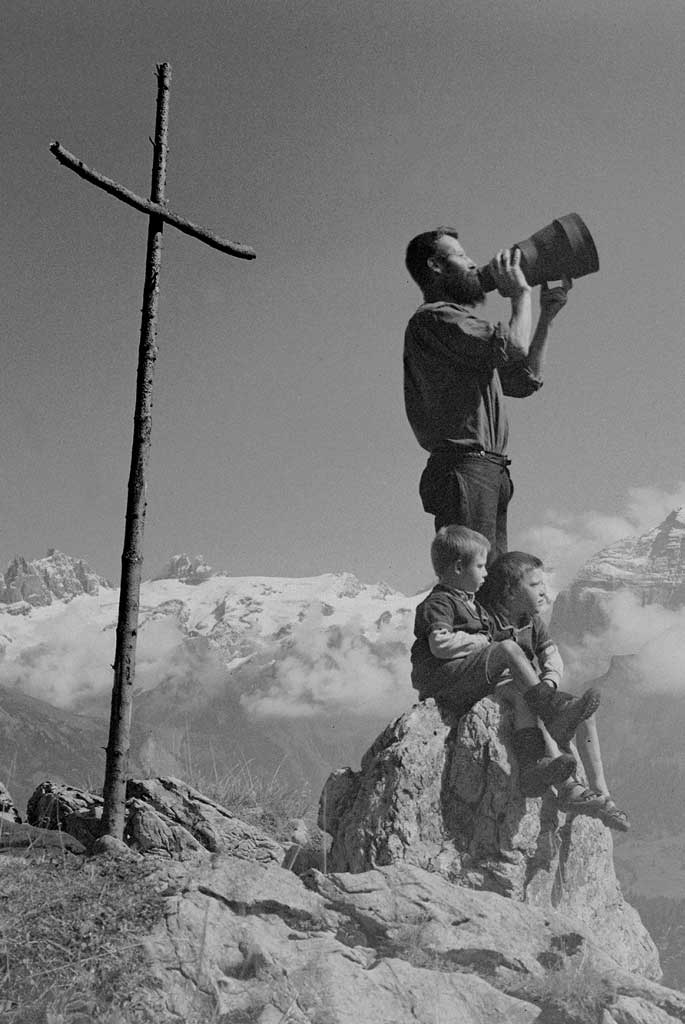 A cross marks the site of the ritual. Alpine meadow above Engelberg, Obwalden, around 1940 © Walter Kuster, Engelberg/Talmuseum Engelberg 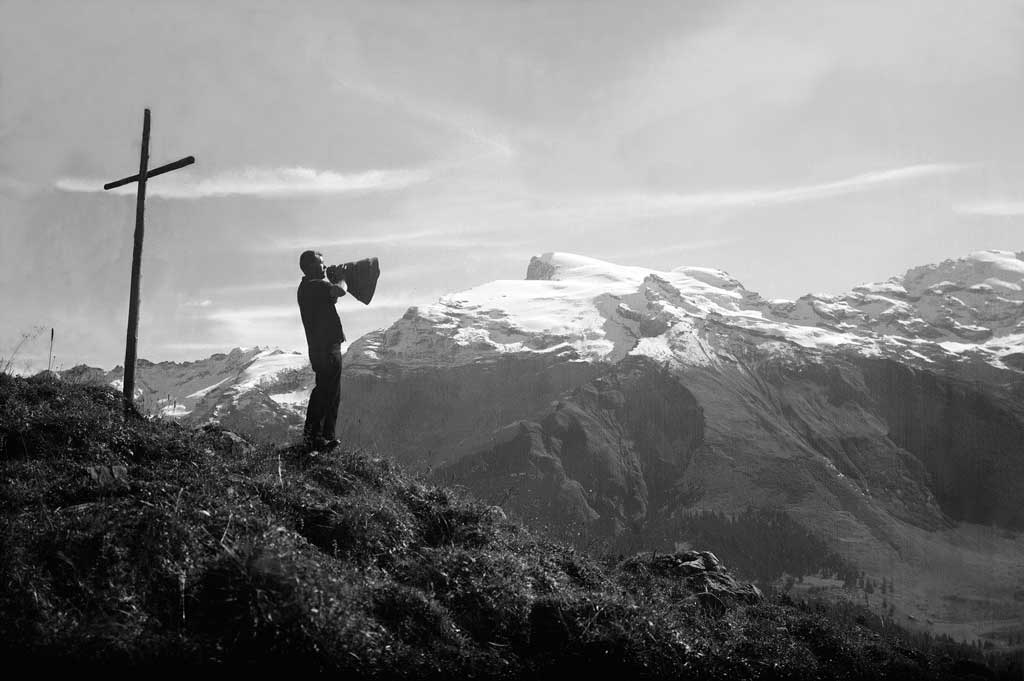 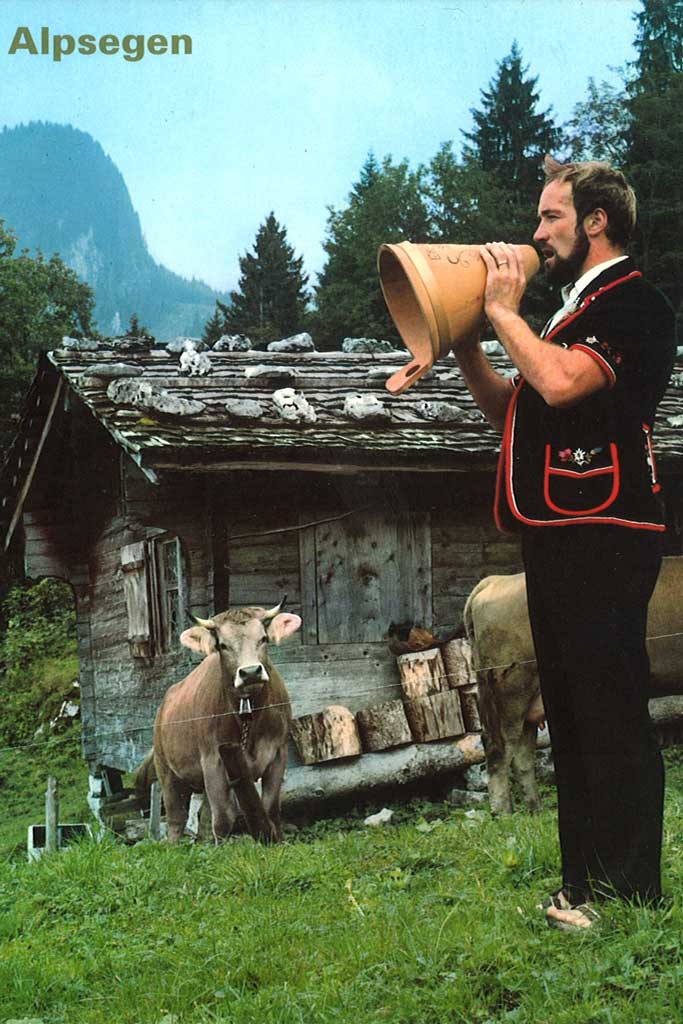 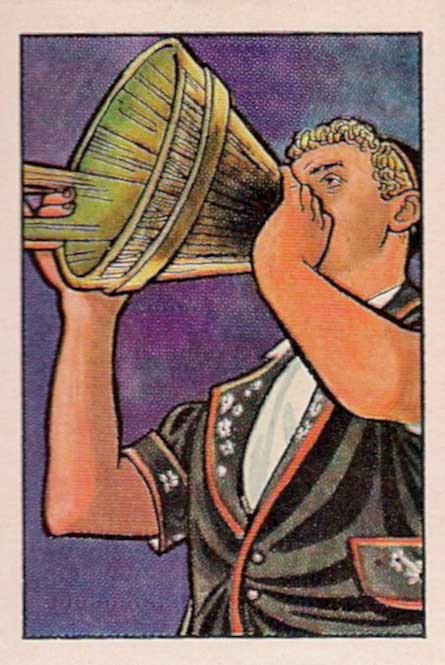 The prayer call as a traditional icon: sticker in a collector's album on traditional Swiss customs, 1954 © Nestlé Historical Archives, Vevey

«Betruf»  (prayer call) is a traditional shepherds’ and herders’ prayer that is spoken and sung during the summer grazing period on many alpine meadows in Central Switzerland. At the end of a long working day, a herdsman – usually the head shepherd – seeks a suitable, preferably elevated location, often one adorned with a wooden cross. By cupping his hands around his mouth or using a wooden milk funnel, he makes a noise that can be heard far and wide, sometimes as far away as the valley floor. The caller’s recitation functions as a protective ritual. In High German tinged with elements of Swiss dialect, he asks God, Mary, Jesus, the Holy Ghost and various saints to protect all living creatures on the mountain pastures against harm, in particular the dangers of the night. Storms, wolves, robbers or ghosts are often named as threats. Within the boundaries of modern Switzerland, the earliest evidence of this practice, once known as the 'Ave-Mariarüeffen', originated in the 16th century from the alpine meadows of the mountain Pilatus. Its origins probably date back to the late middle ages, however. From a musical history perspective, comparisons can be drawn with litany chants and biblical recitations. The prayer call can be interpreted as a popularised Gregorian chant that has continued to develop in the mountainous Catholic regions over many centuries and is still passed on orally amongst shepherds and herdsman.