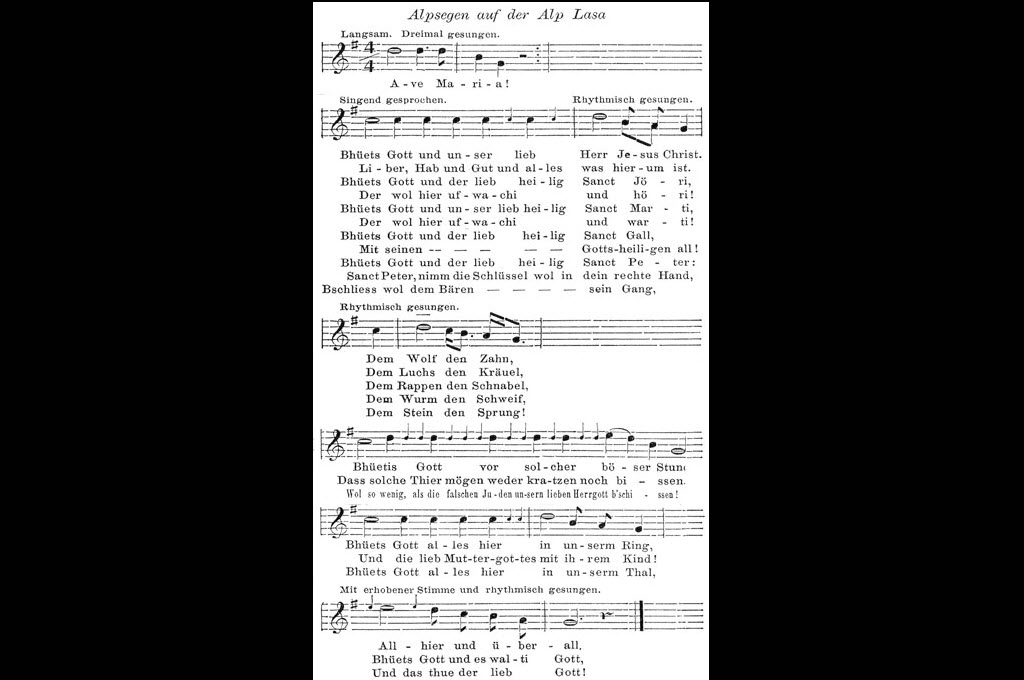 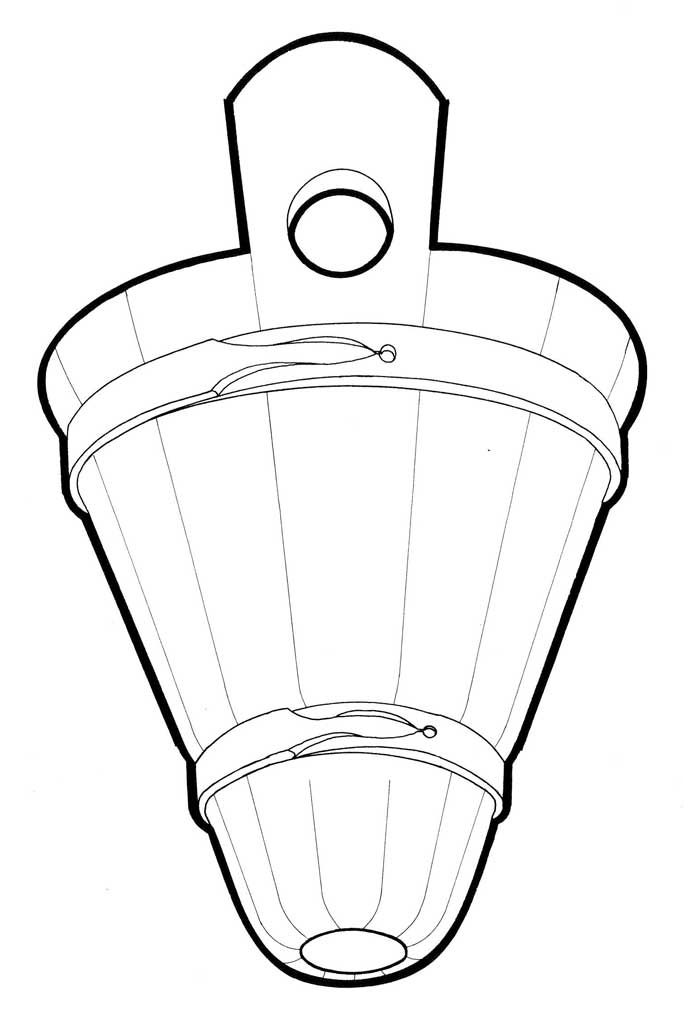 A milk funnel by Weissküfer Johann Fässler (a Weissküfer is a traditional woodworker specialising in the production of utensils for the dairy industry), Appenzell, 1972 © Graphikklasse der Kunstgewerbeschule Bern/Brigitte Bachmann-Geiser 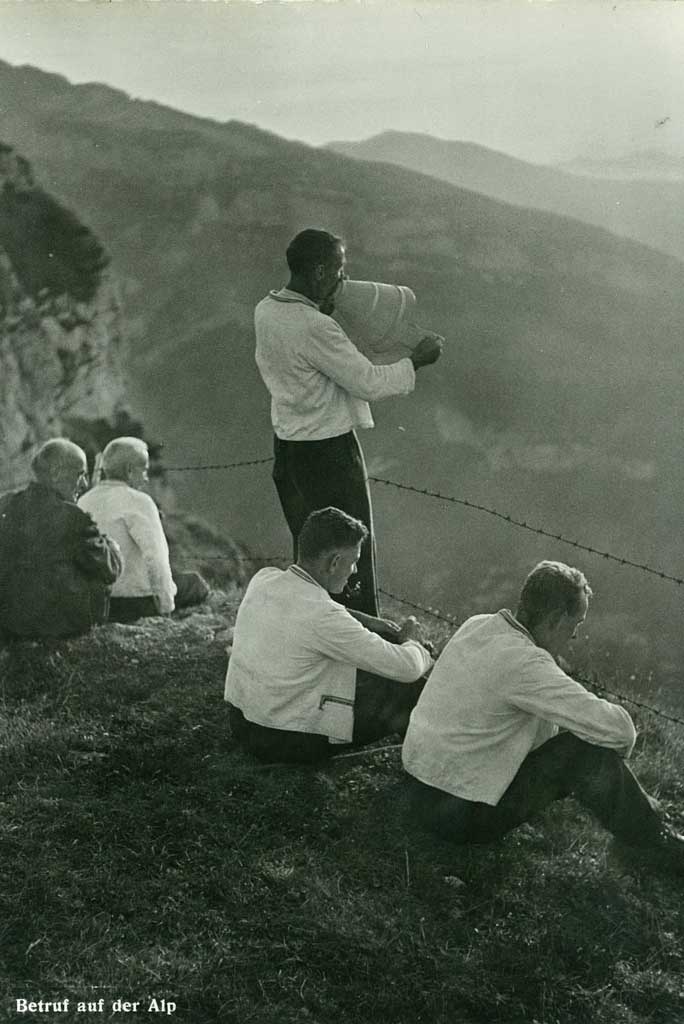 The Sarganserland alpine blessing is a prayer with which shepherds in the region between the Walensee and the Tamina valley appeal to God, Mary and the saints for protection against dangers during the alpine summer. By reciting the prayer, they commit all the living creatures on the alpine pastures as well as their honour and property to the care of a higher power. The alpine farmers learn the blessing as school children together with the Lord's Prayer, Ave Maria and the creed and usually recite it from the hilltops every day. The prayer takes the form of a recitative based on just a few notes, making it reminiscent of the Gregorian chant of the Roman Catholic church. The Sarganserland animal and shepherds' blessing first appeared in print in 1862, while the musical notation was published in 1867 and an audio recording in 2006.