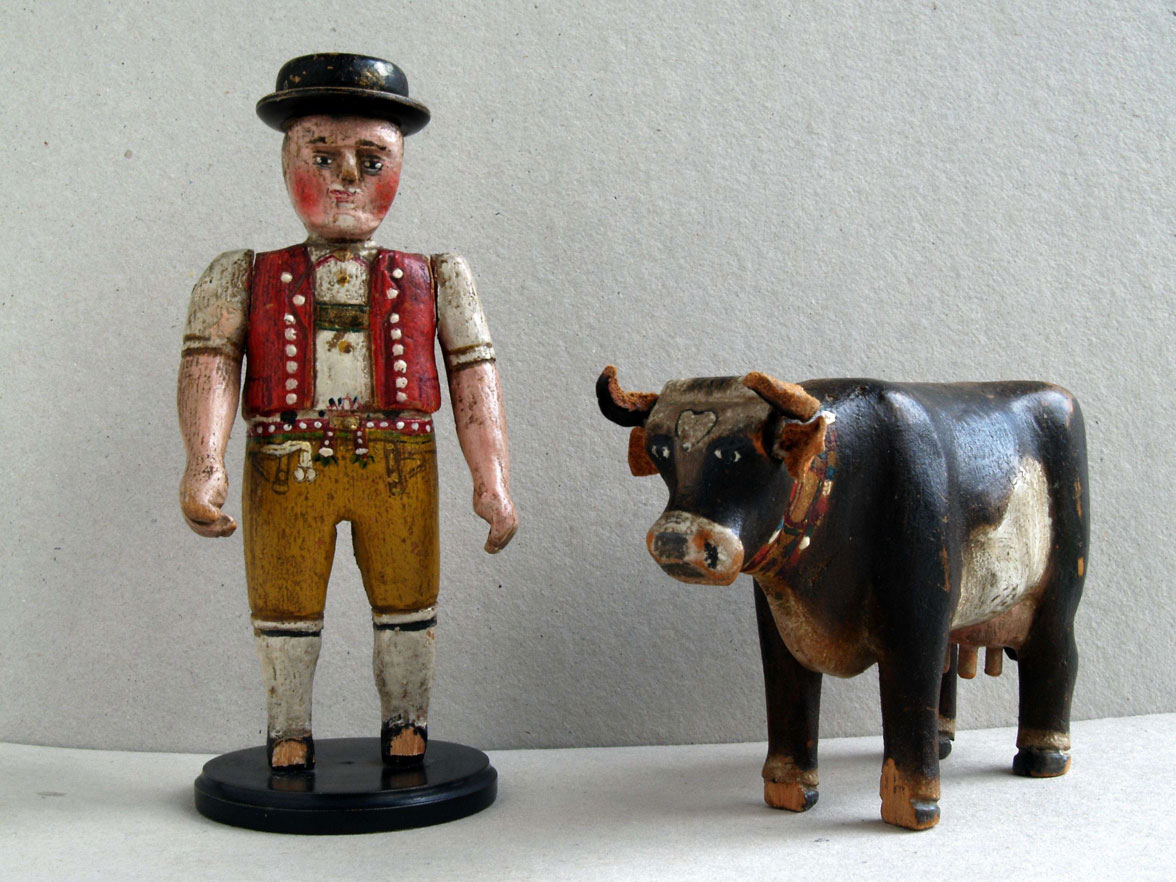 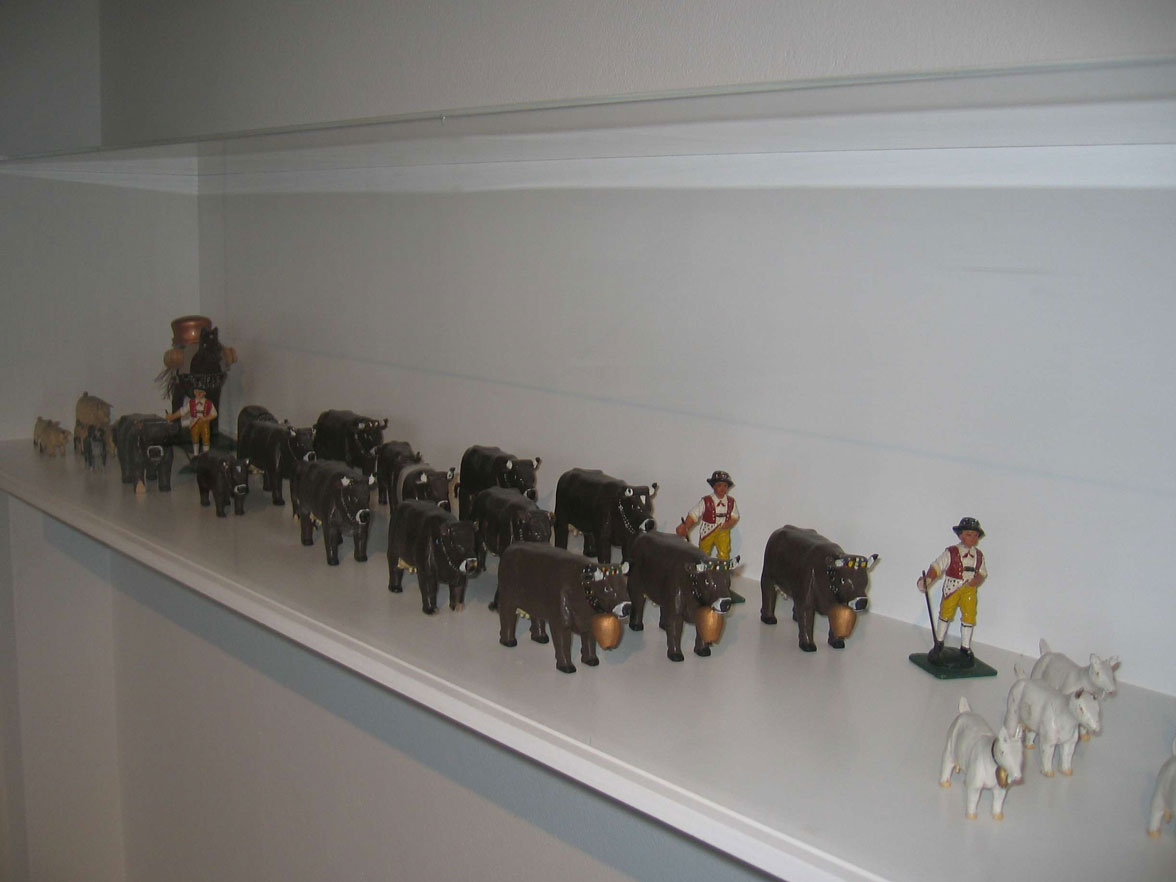 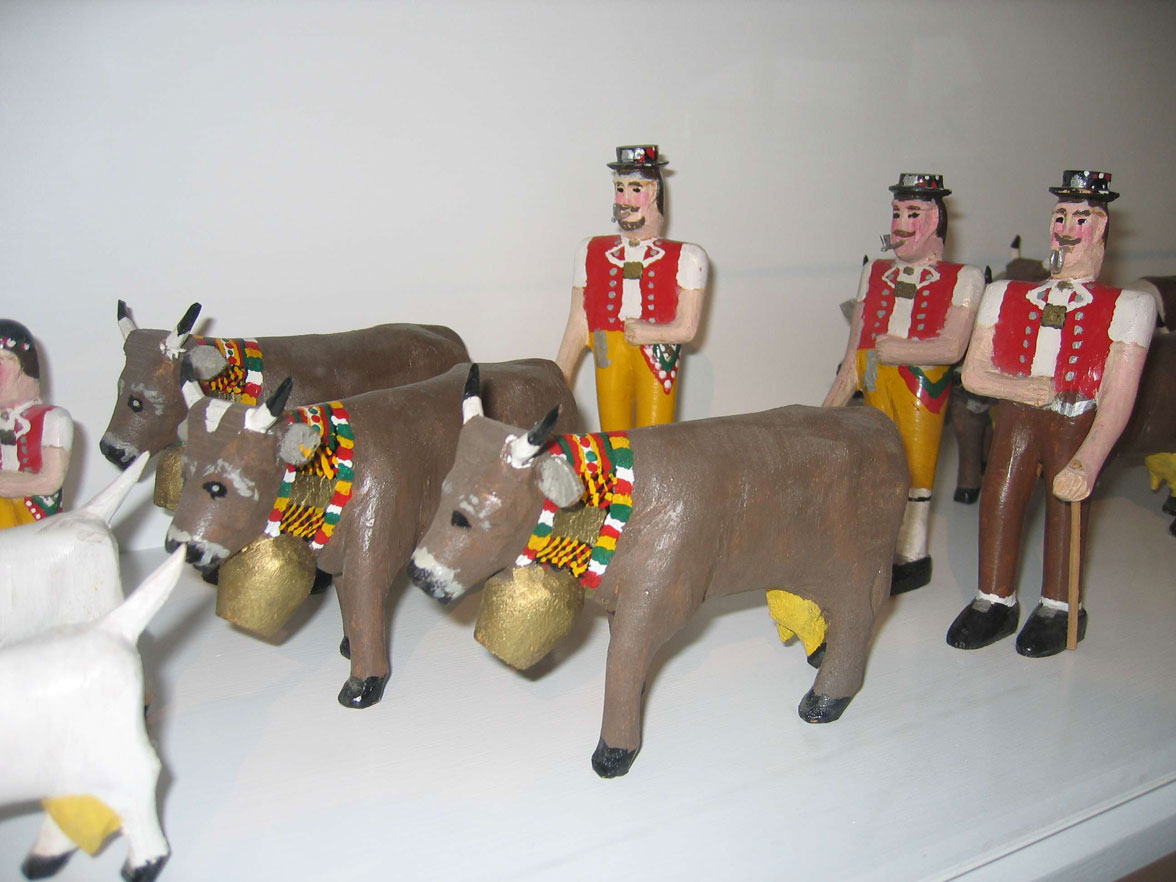 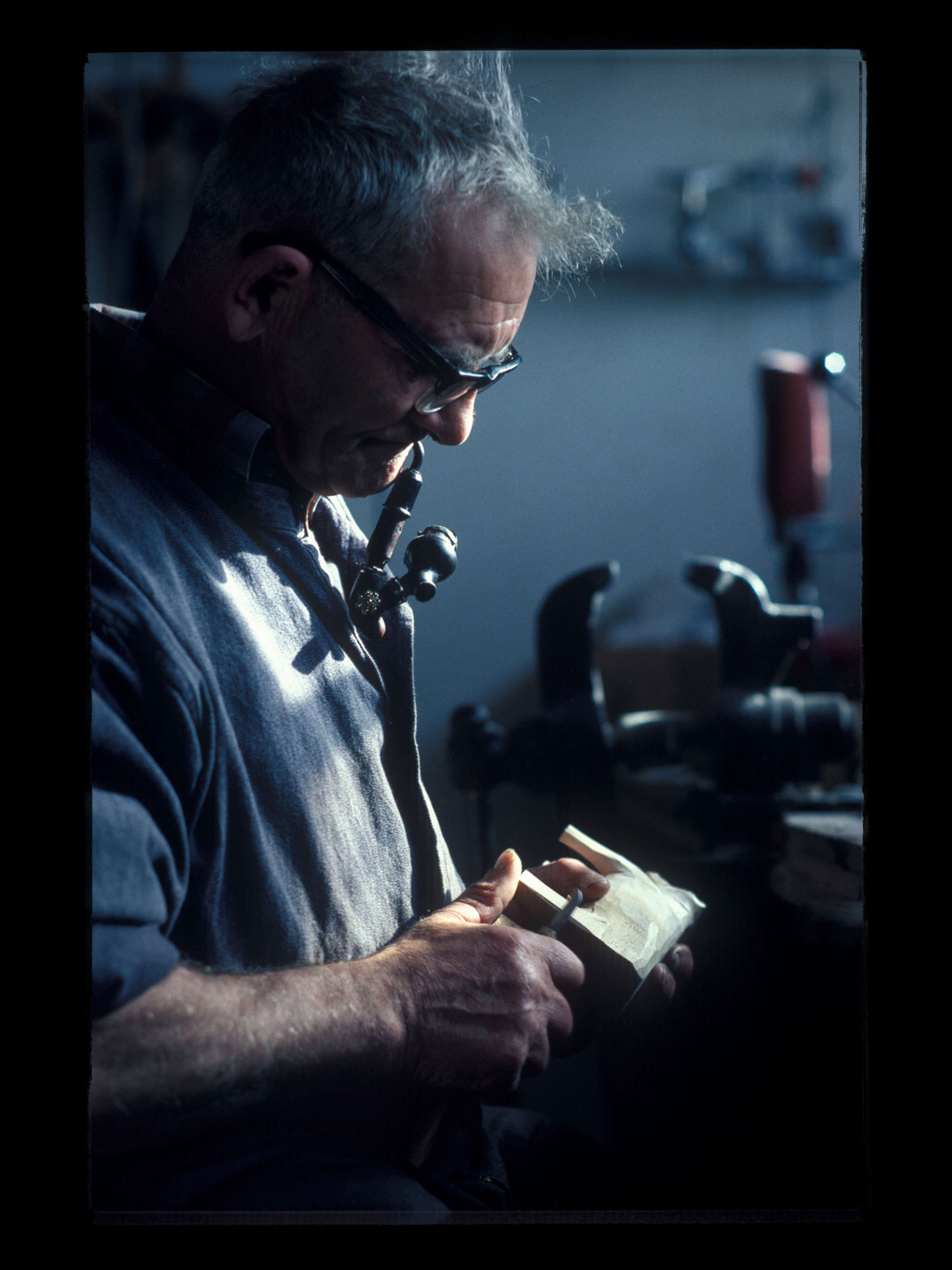 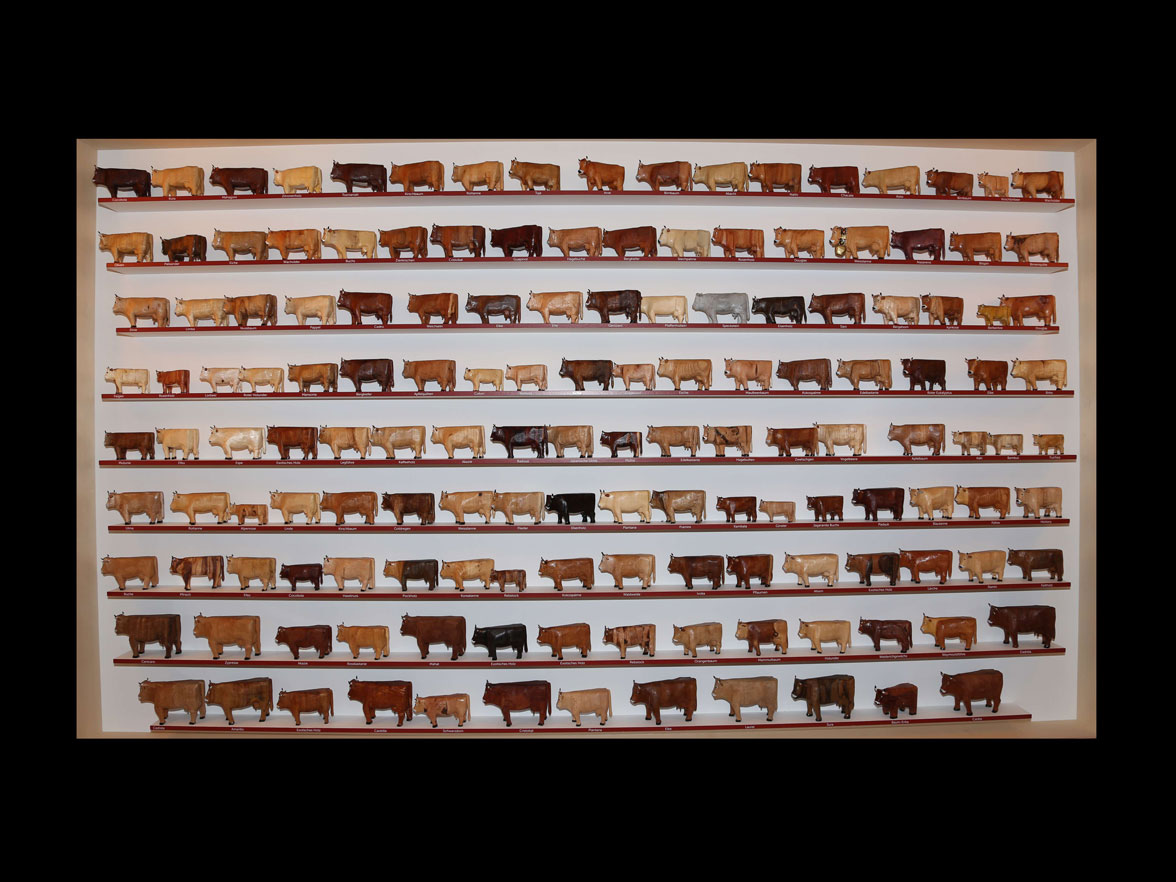 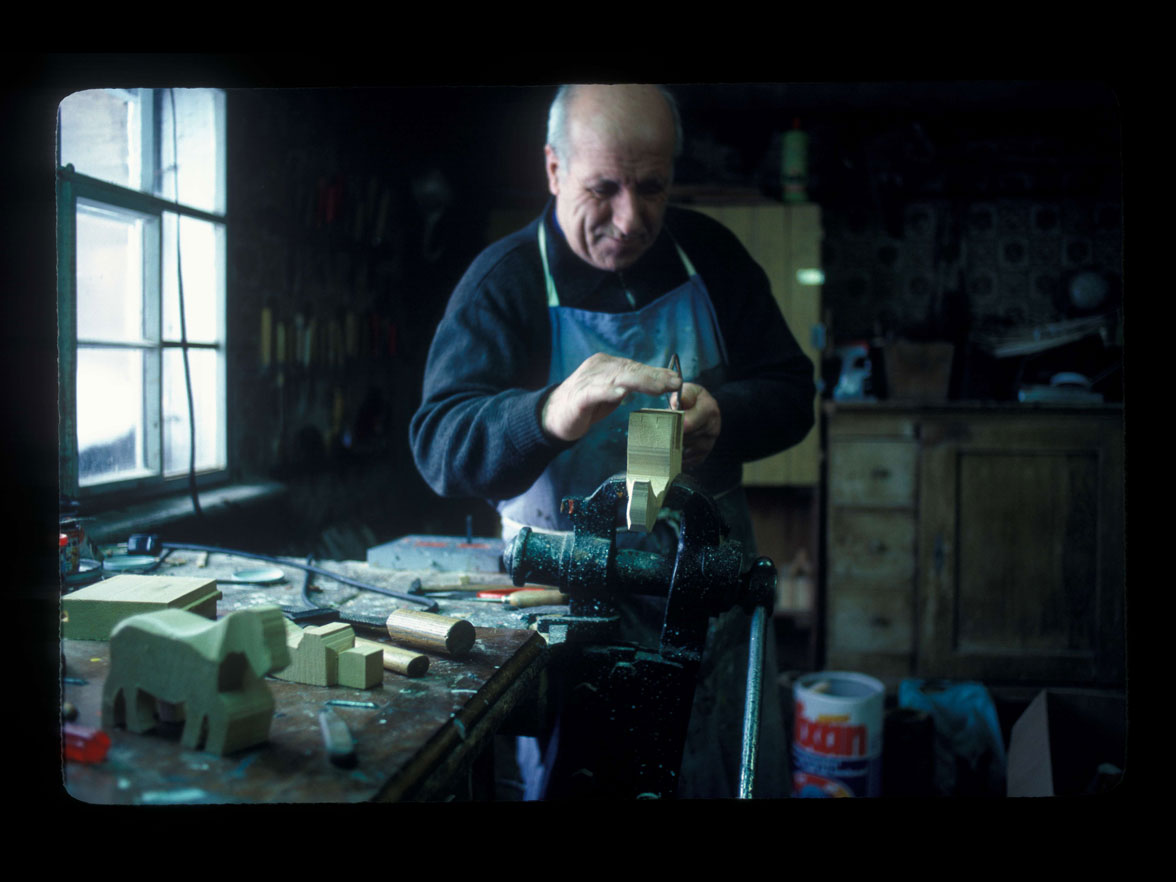 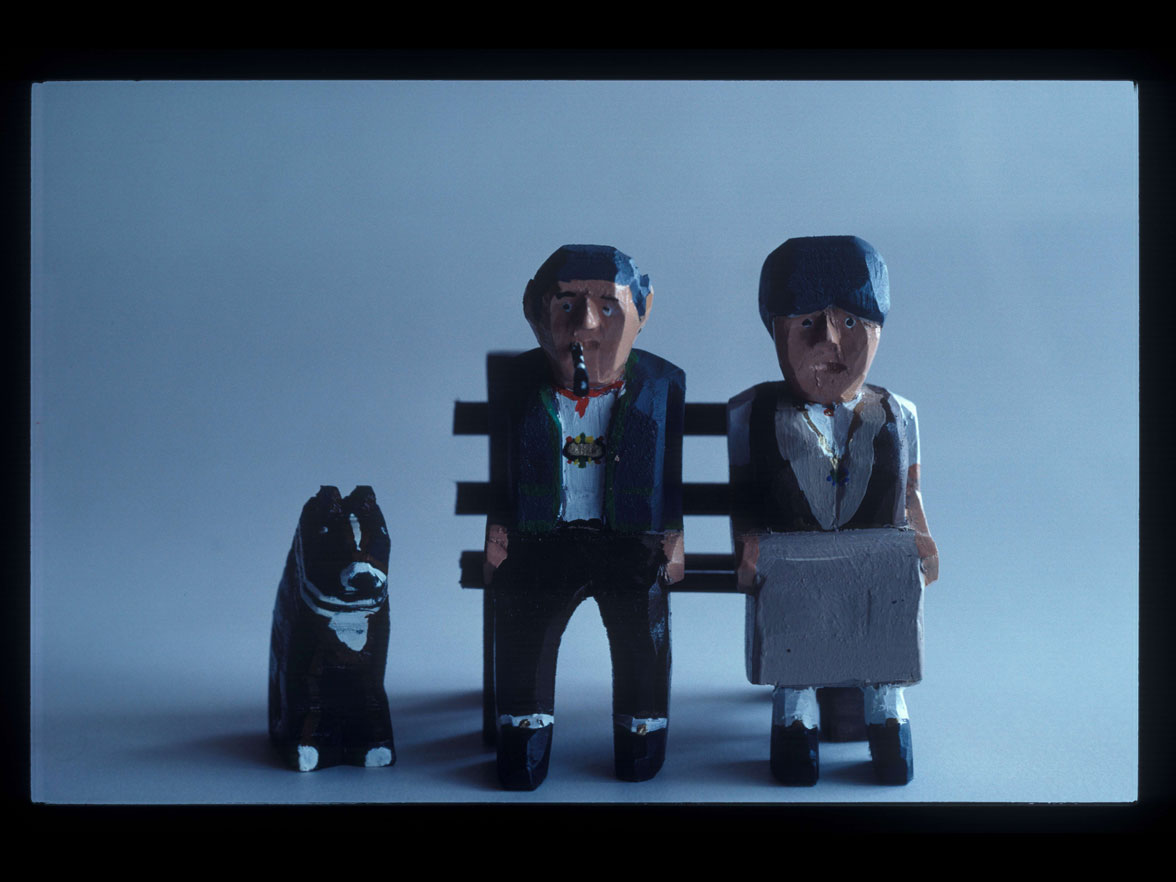 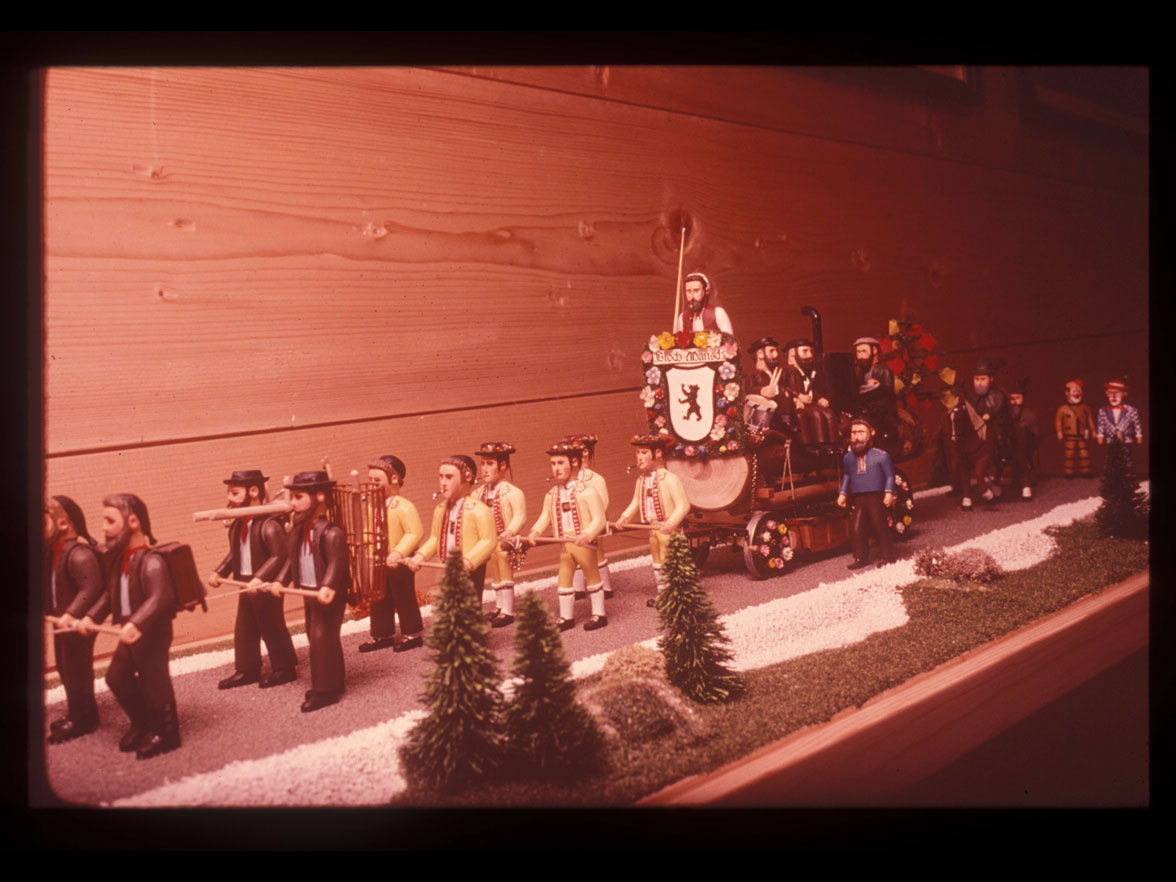 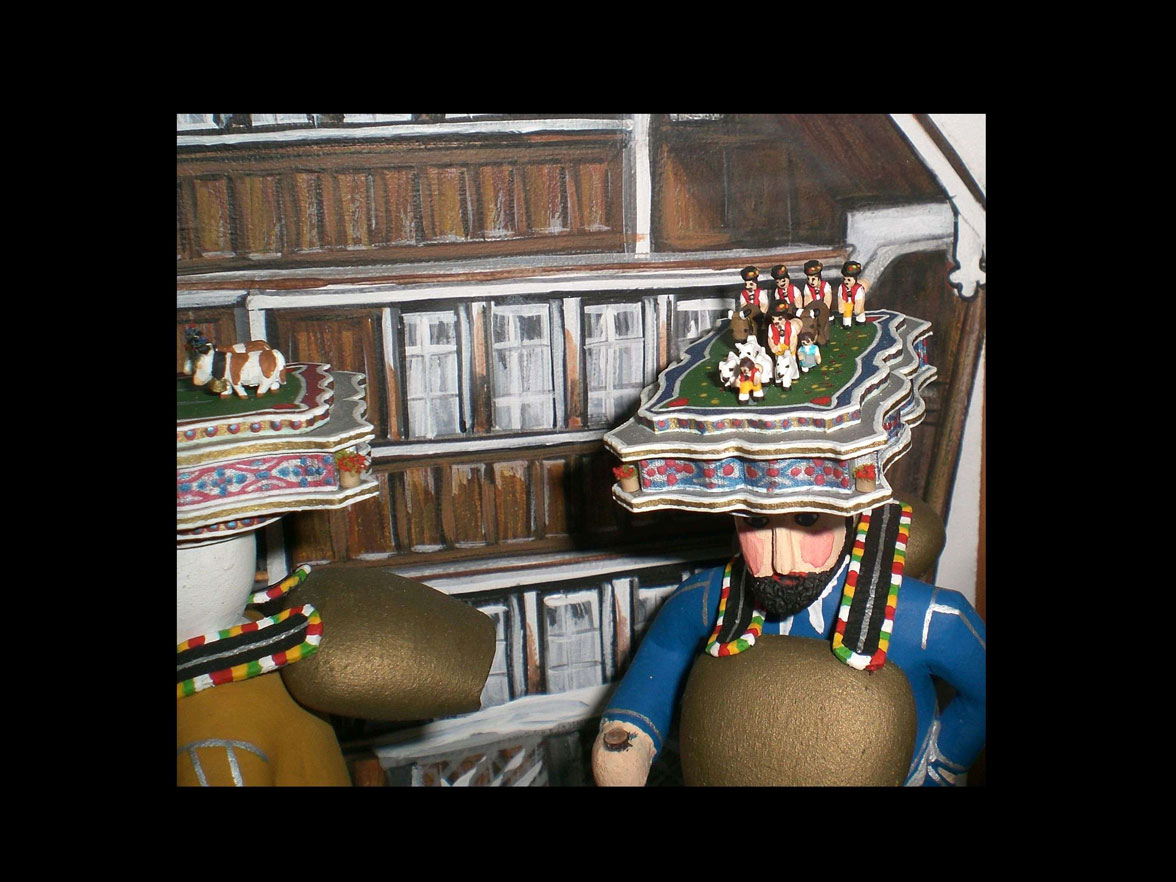 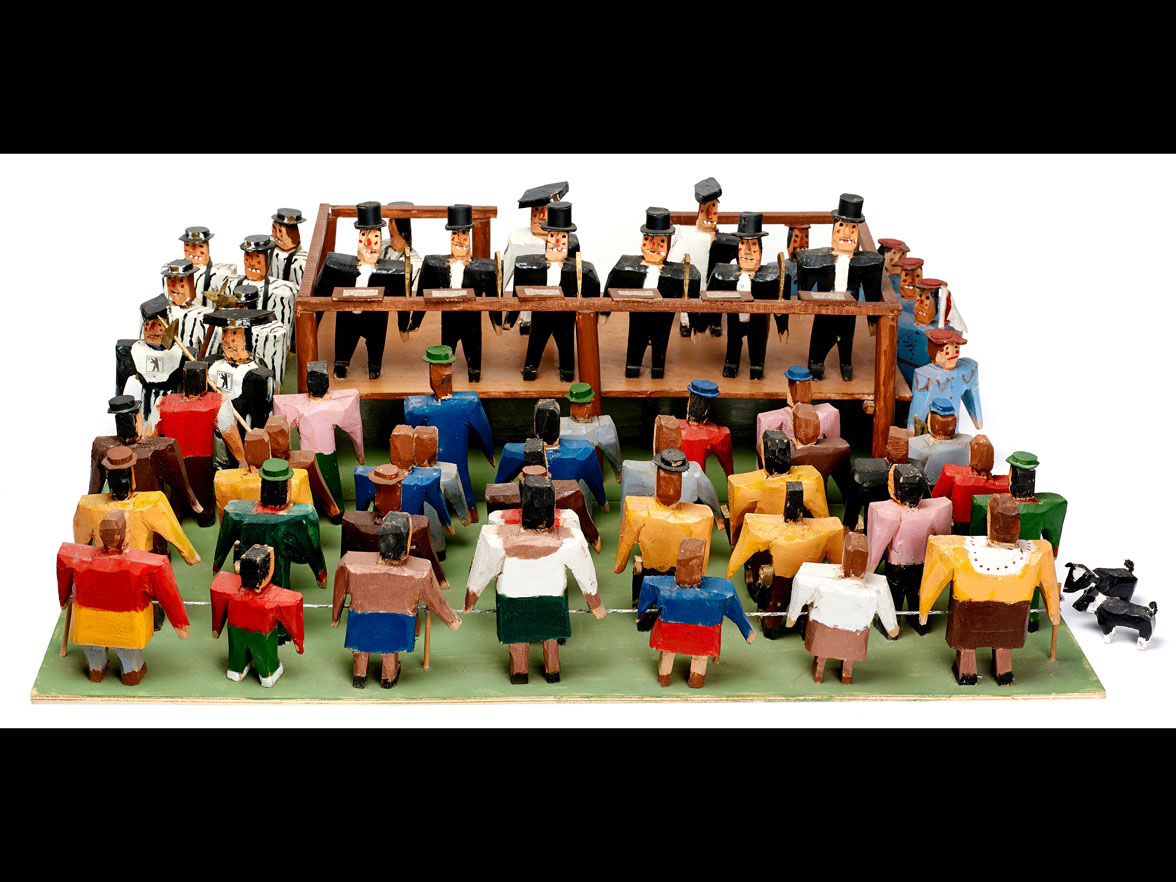 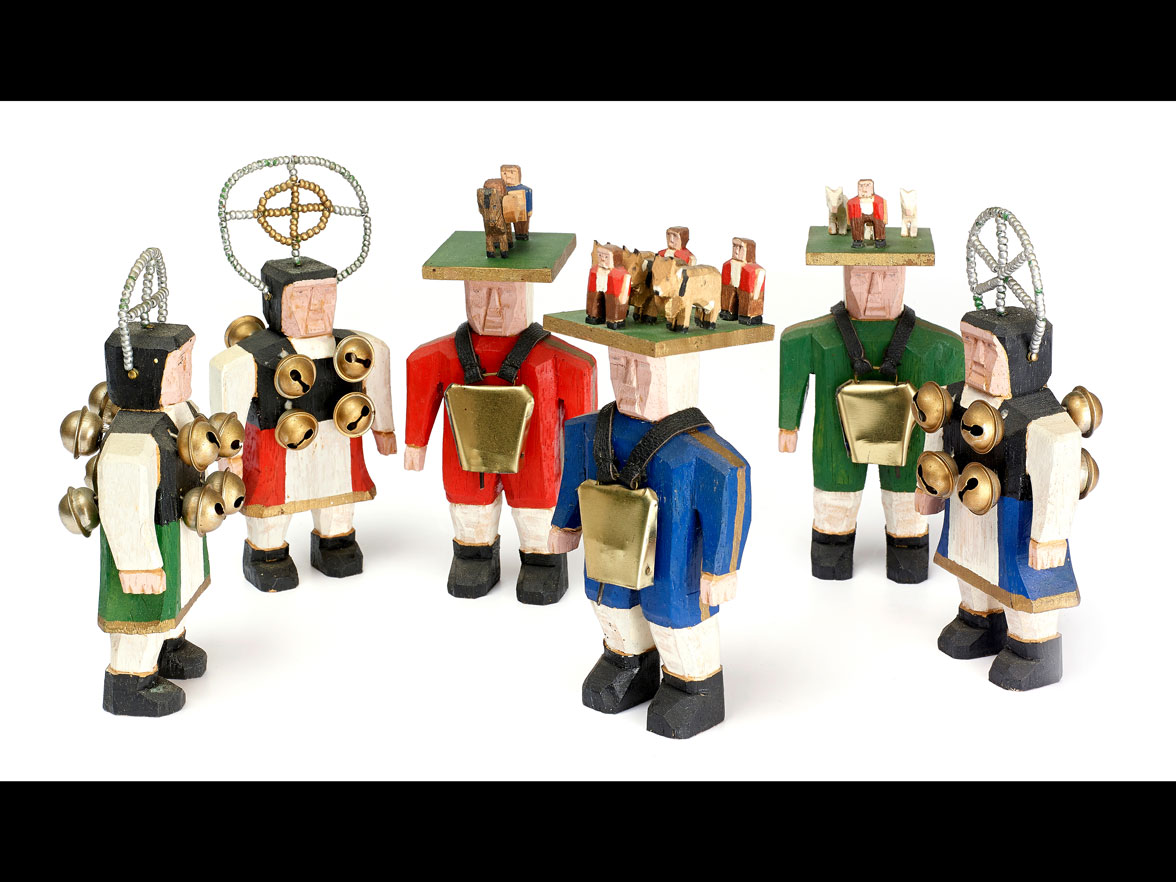 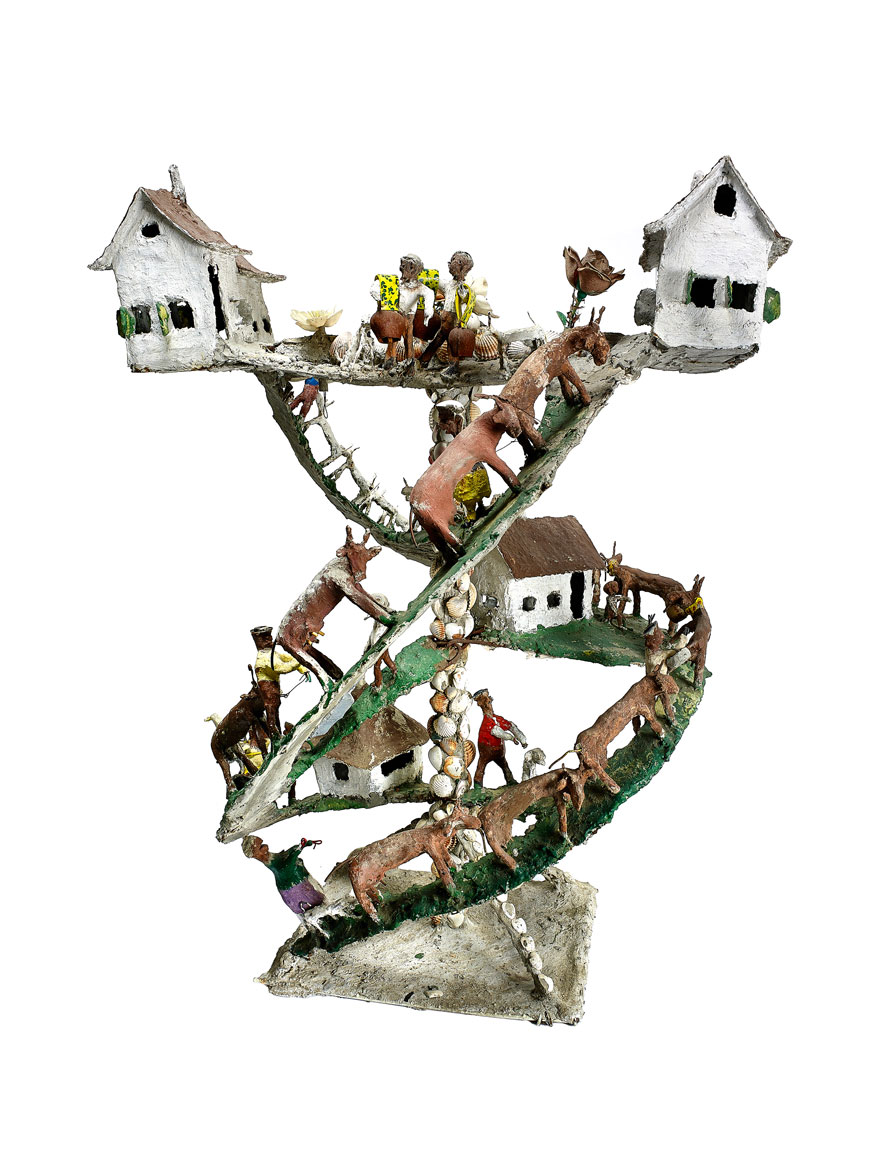 Woodcarving started out as a pastime for farmers during the long winter months, when they carved toys for their children or scenes on their ‘Chlausenhauben’ (headgear worn by the local mummers); for many people, however, it has now become a lucrative side business. The carvings have become popular collectibles. The artisan first saws out the shape of the figure, then carves it with a knife, which is often customised to the artisan’s needs. The artisan’s partner often helps with painting the figures, which are up to 15 centimetres high on average, or takes over this task entirely.

A growing number of woodcarvers, both men and women, are keeping this traditional craft alive, adding their own personal and distinctive style. Most of these artisans have not taken the popular ‘Chüeli’ carving classes, but are self-taught.

The distinctive personal style of individual woodcarvers differs greatly from the commercially available figures from companies using the Brienz woodcarving style; some of these figures draw on Appenzell themes but they are mass-produced and cannot be compared with the individually handcrafted figures depicting alpine farm life.