As well as being a major event for the city's residents, the Basel Autumn Fair also attracts thousands of visitors from other regions © Tino Briner/picturebâle, 2004 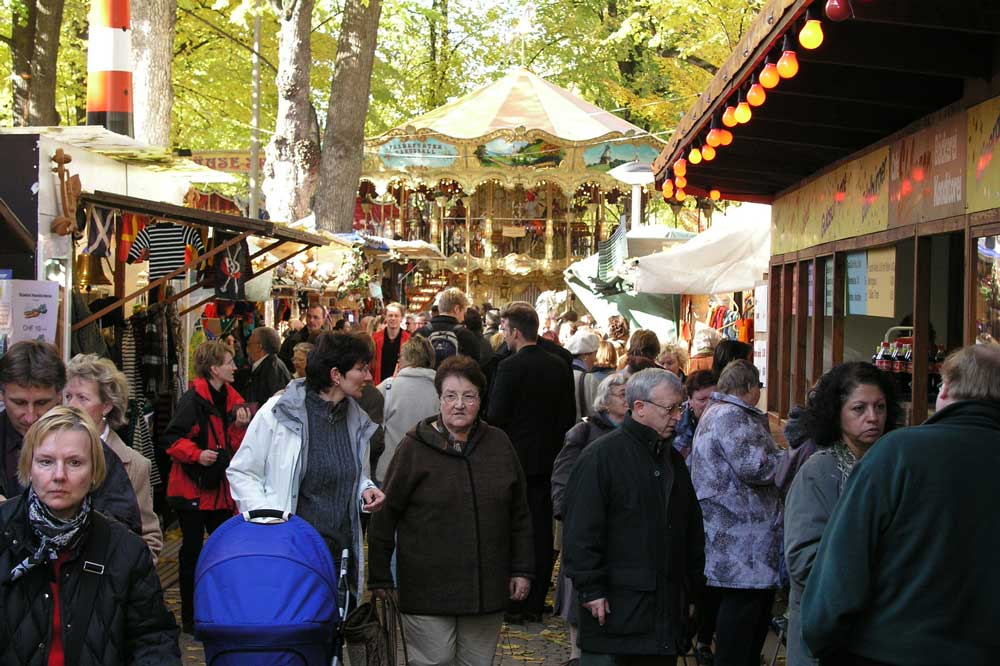 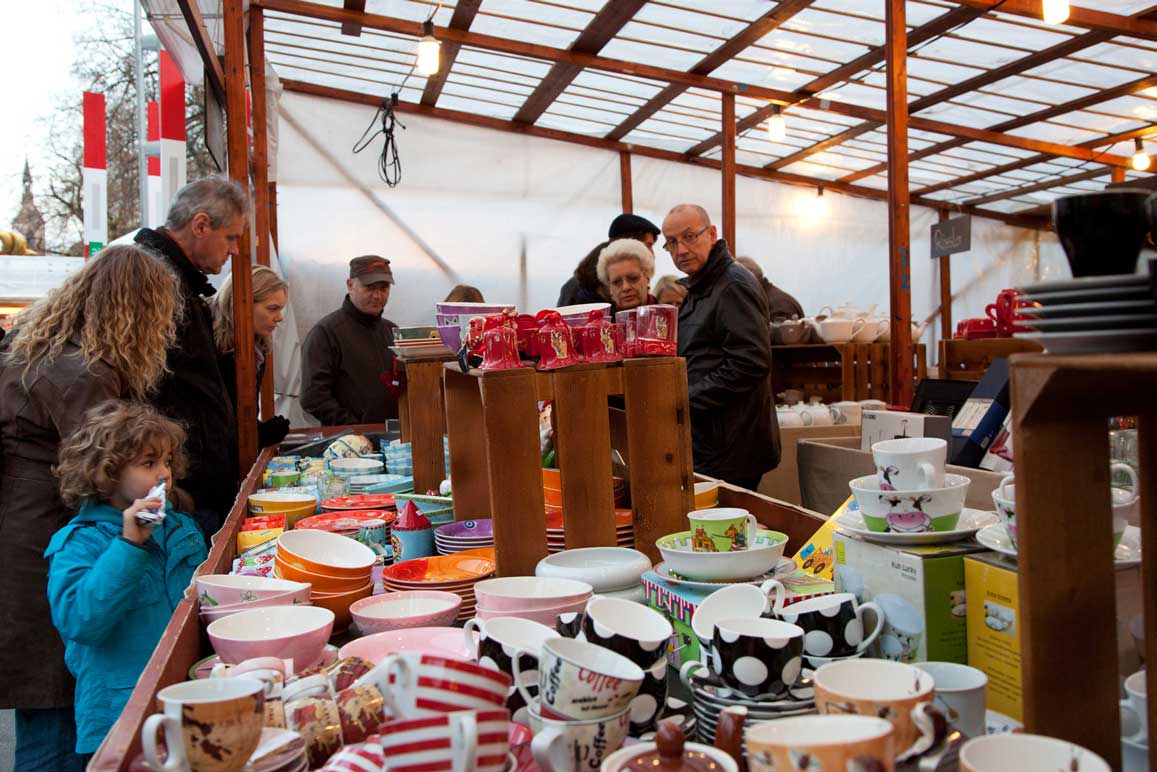 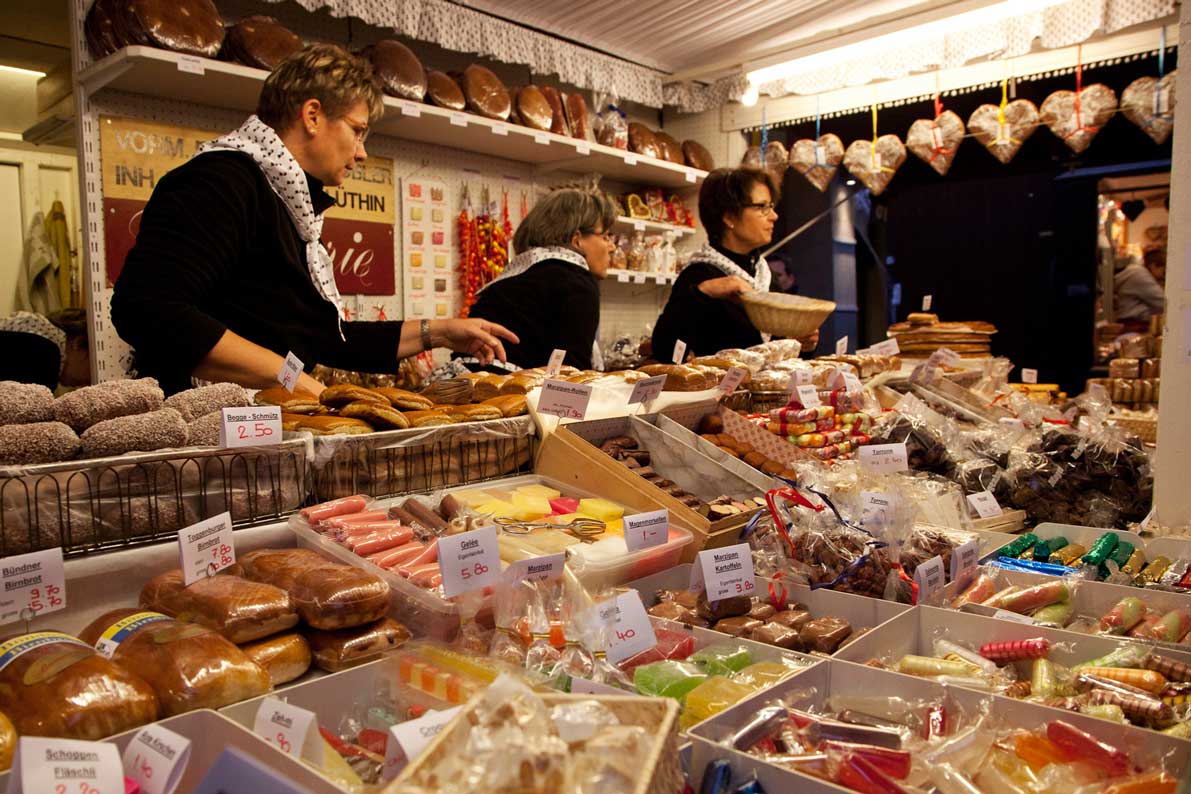 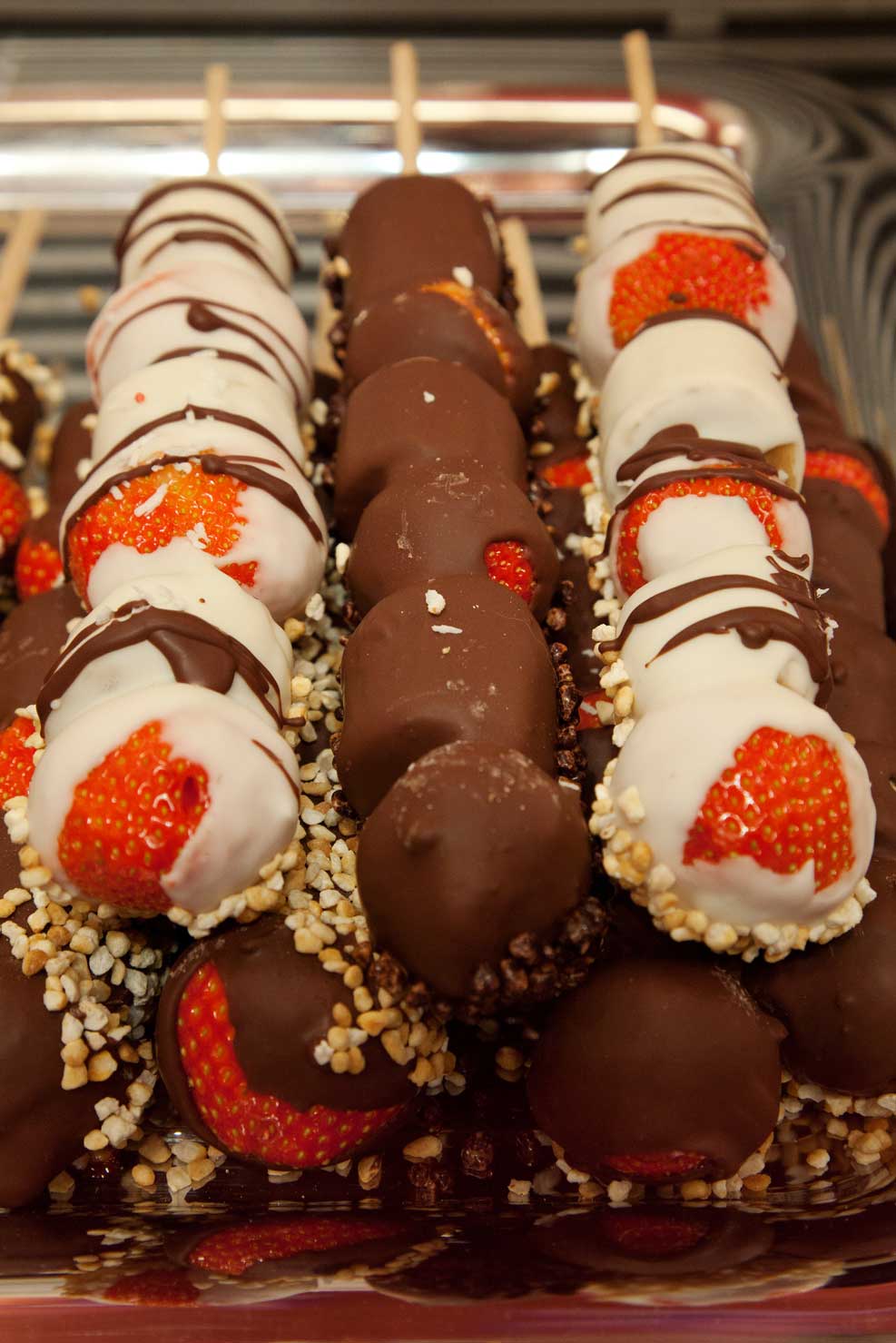 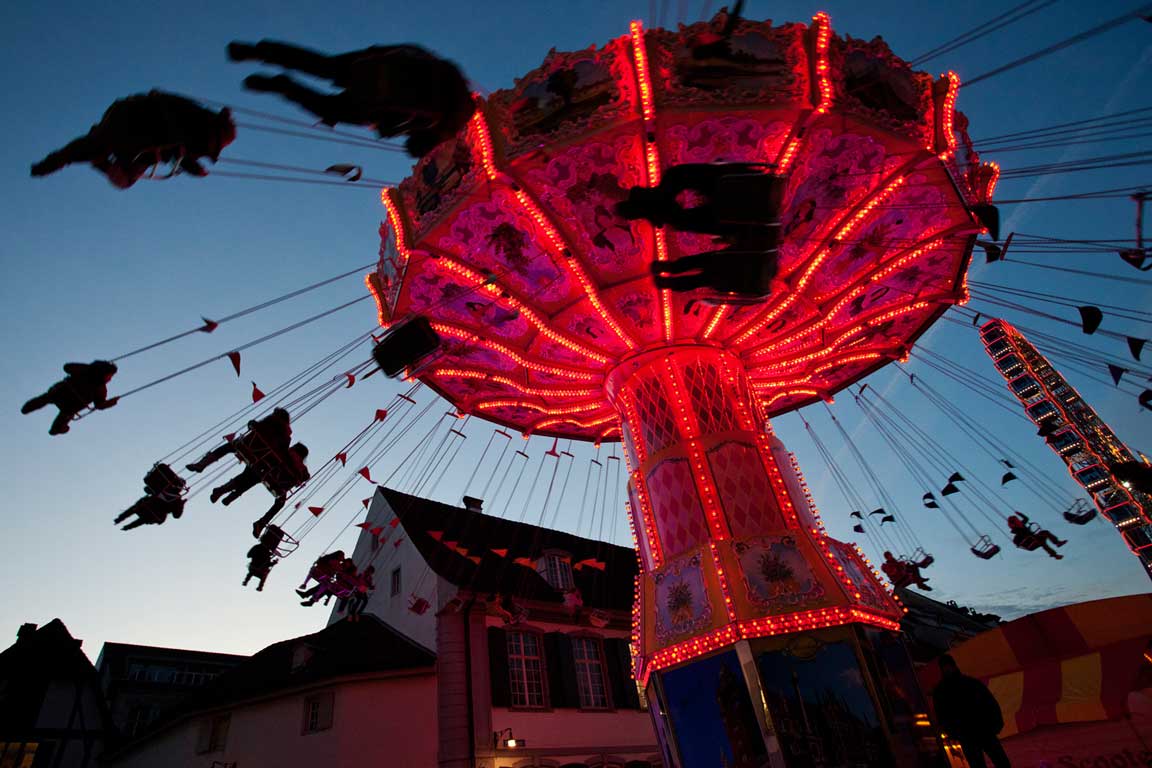 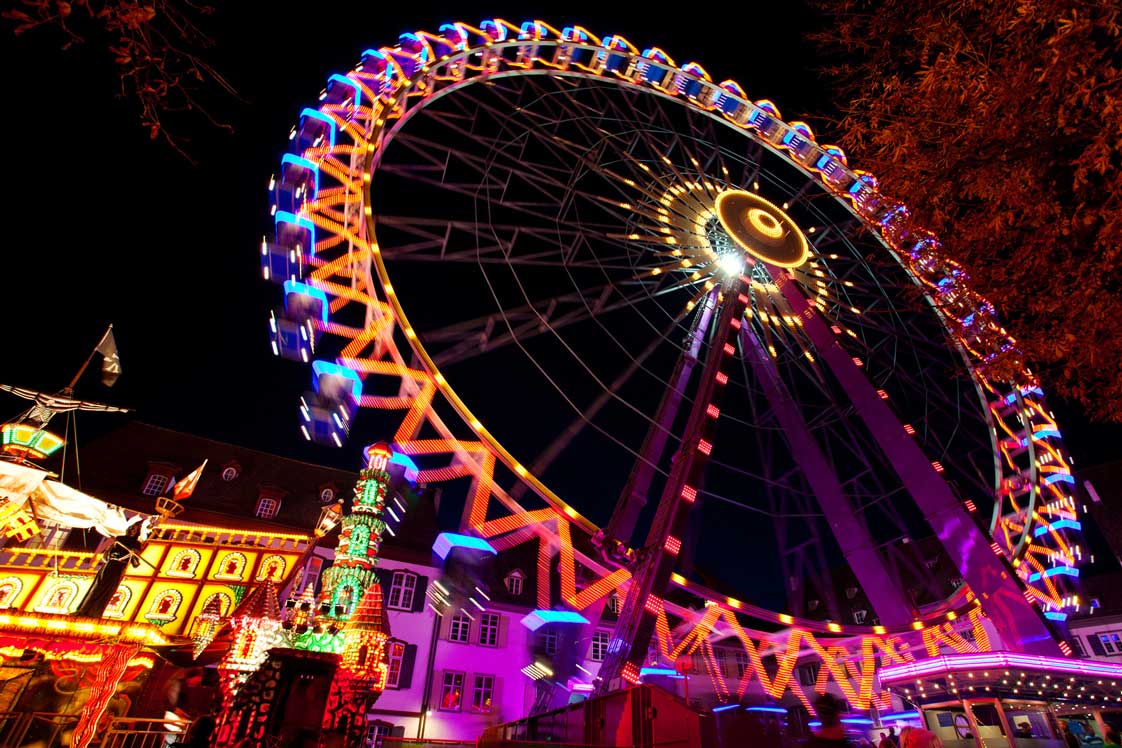 The big wheel on Münsterplatz square at the 541st Basel Autumn Fair in 2011 © Bettina Matthiessen/www.basel.ch 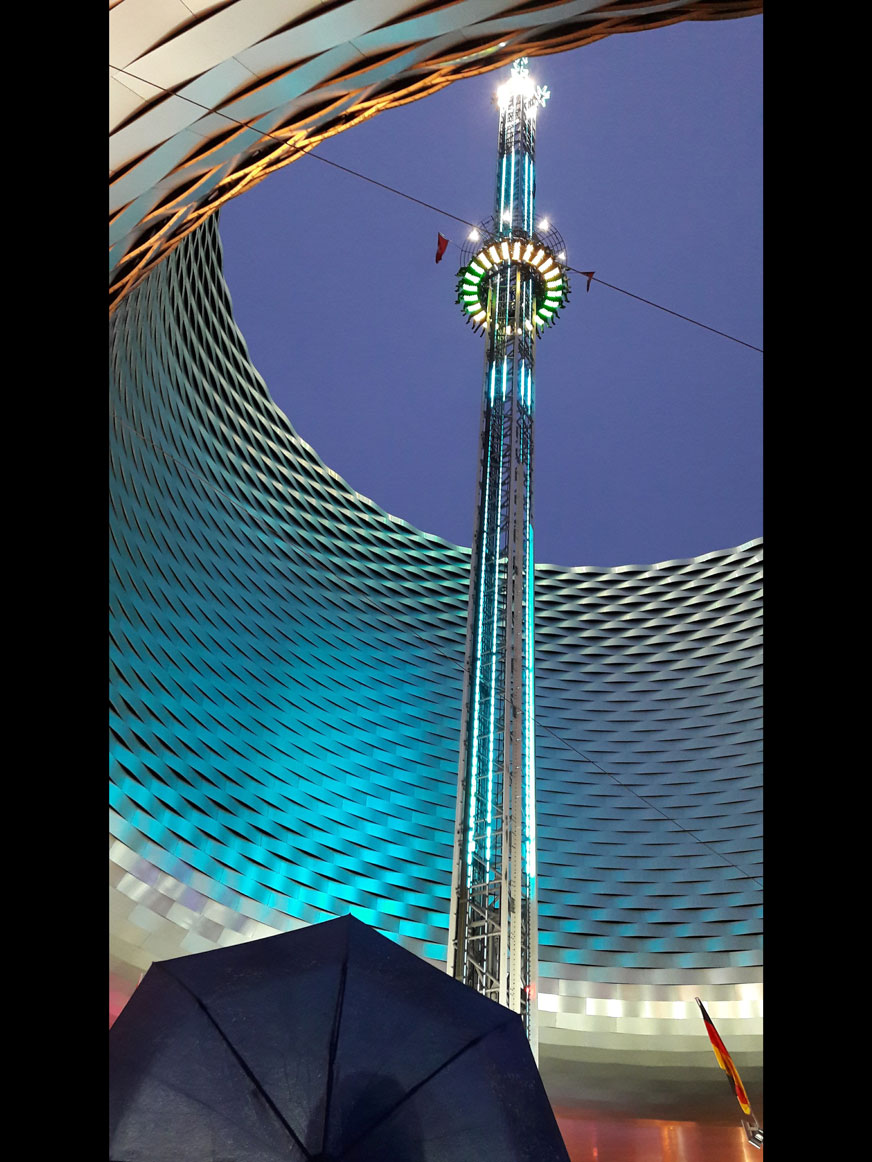 The Basel Autumn Fair first took place in 1471, when Kaiser Friedrich III granted the city the right to hold the event. Since then it has taken place every year without exception. At 12 noon on the last Saturday in October, the ringing of the Fair Bell in St. Martin's Church signals the start. The bell-ringer is paid for his work with a pair of gloves, a custom reflecting the formerly widespread tradition of payment in kind for services. He receives the left glove for his ringing duties during the event, and holds it up to the waiting crowd as proof of a continued custom. He is rewarded with the right glove when he rings out the event two weeks later. During the fortnight of festivities, the city is full of fairground rides, confectionery and market stands, and flashing, colourful lights. For many fair visitors, the highlight is the large market at Petersplatz. The Basel Autumn Fair is the largest combined funfair and trade fair in Switzerland and the Upper Rhine region. It is also the oldest fair in Switzerland.