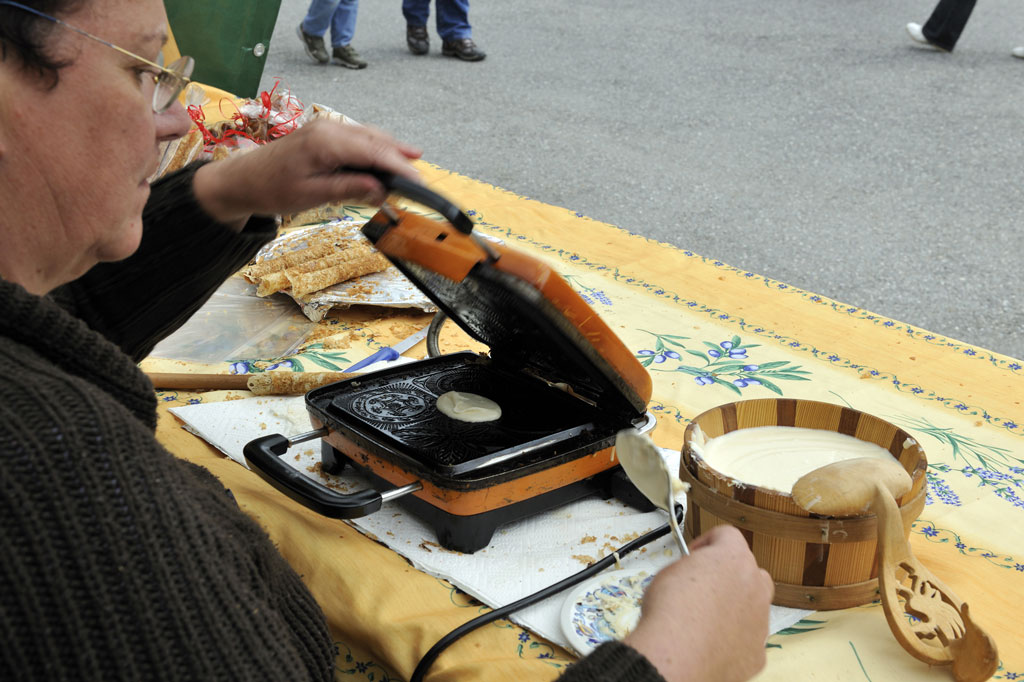 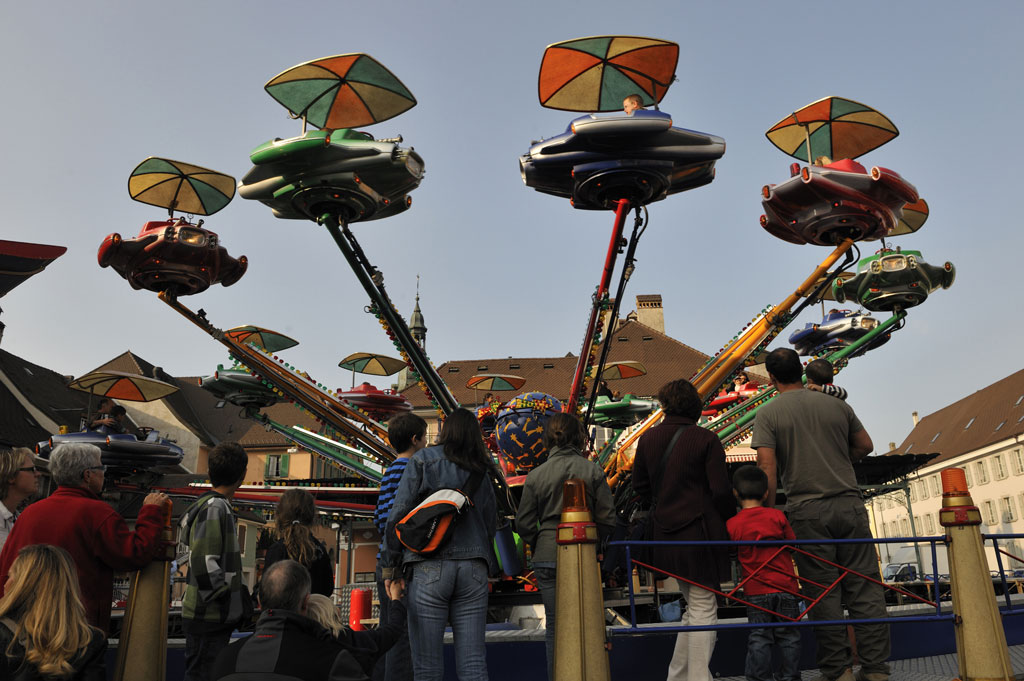 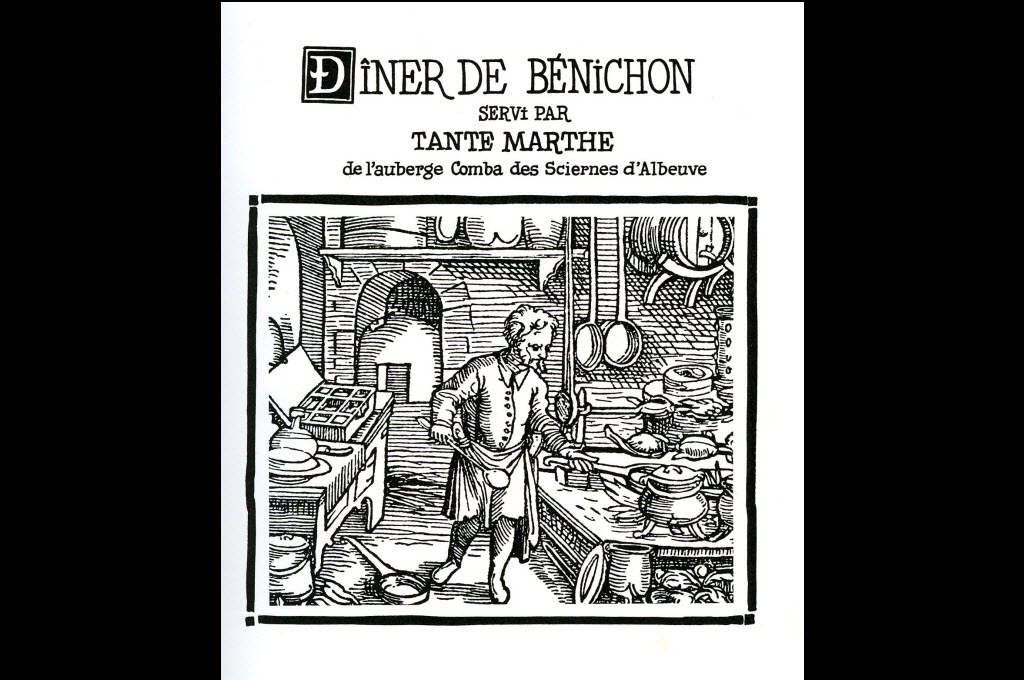 Traditional menu in a restaurant in La Gruyère, 1990s (I) © Musée gruérien, Bulle 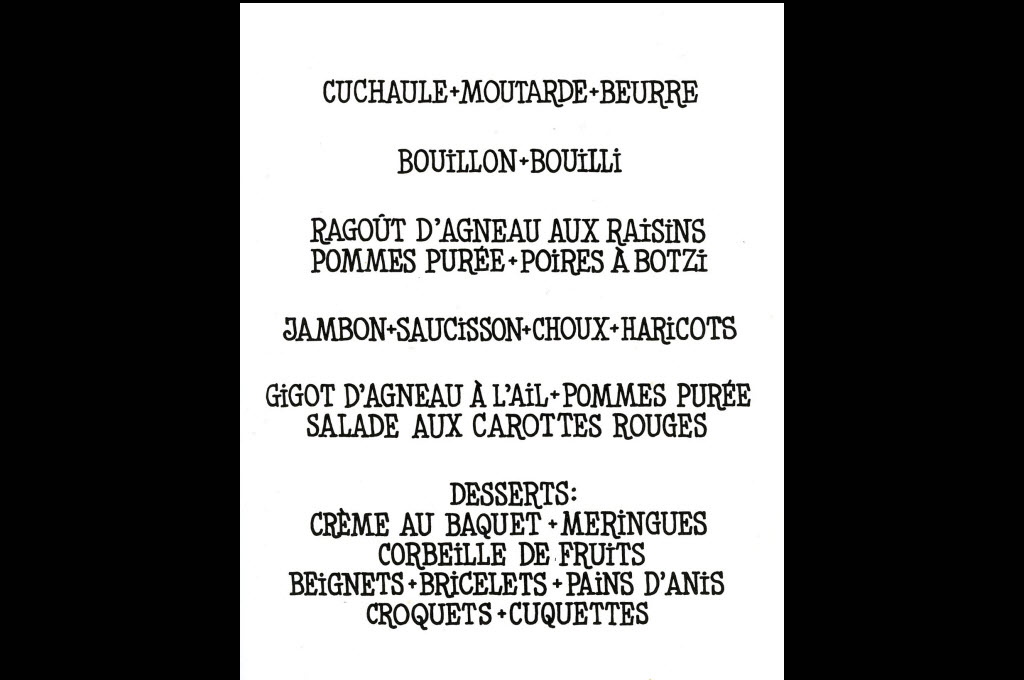 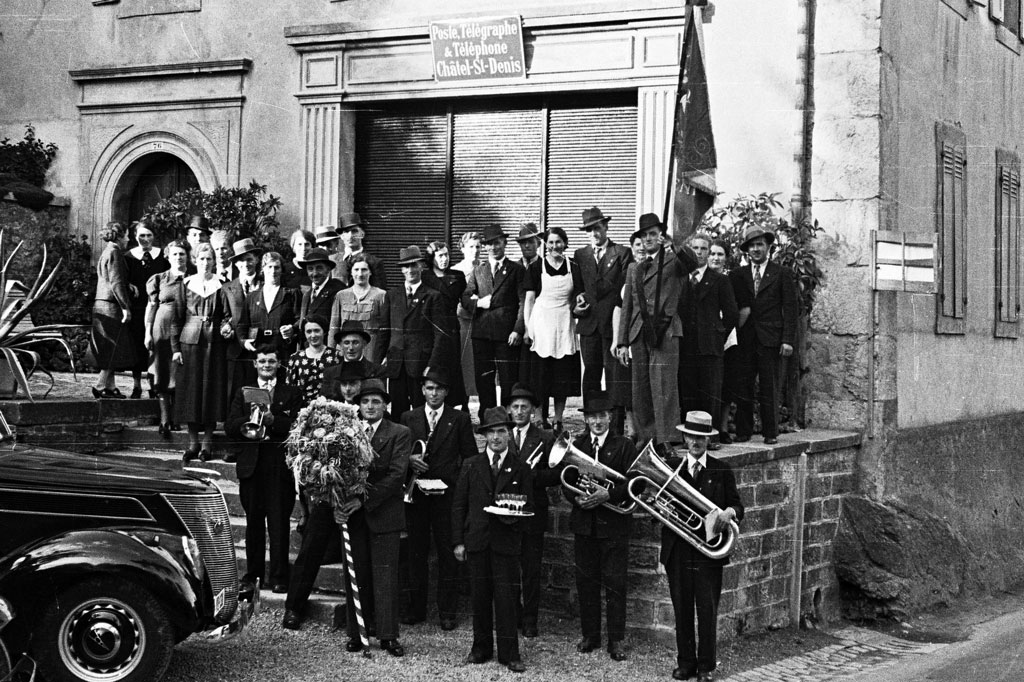 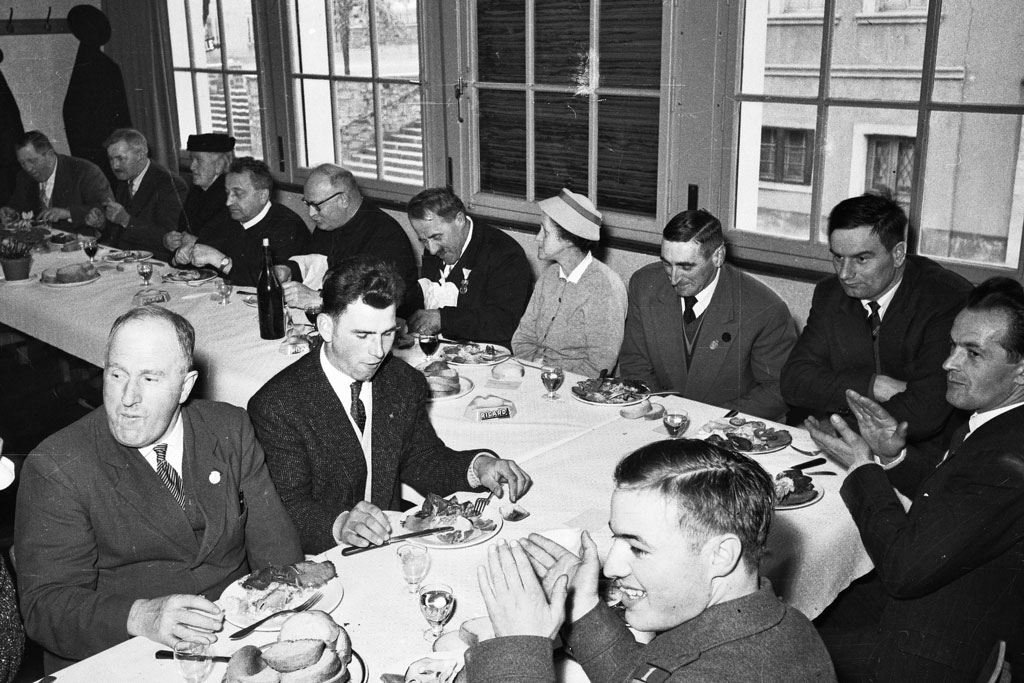 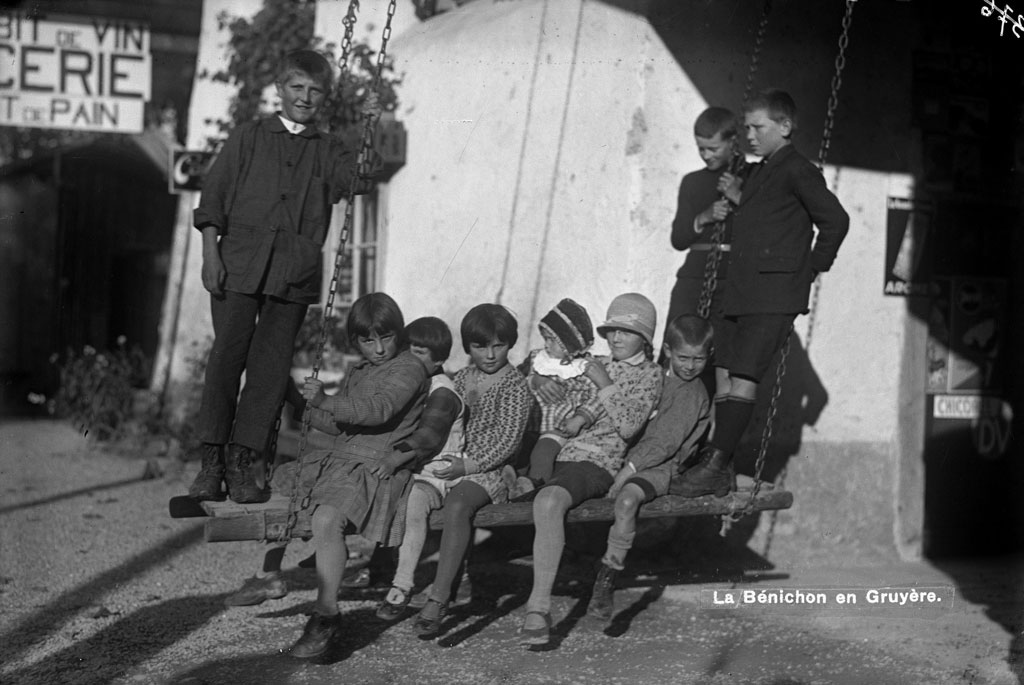 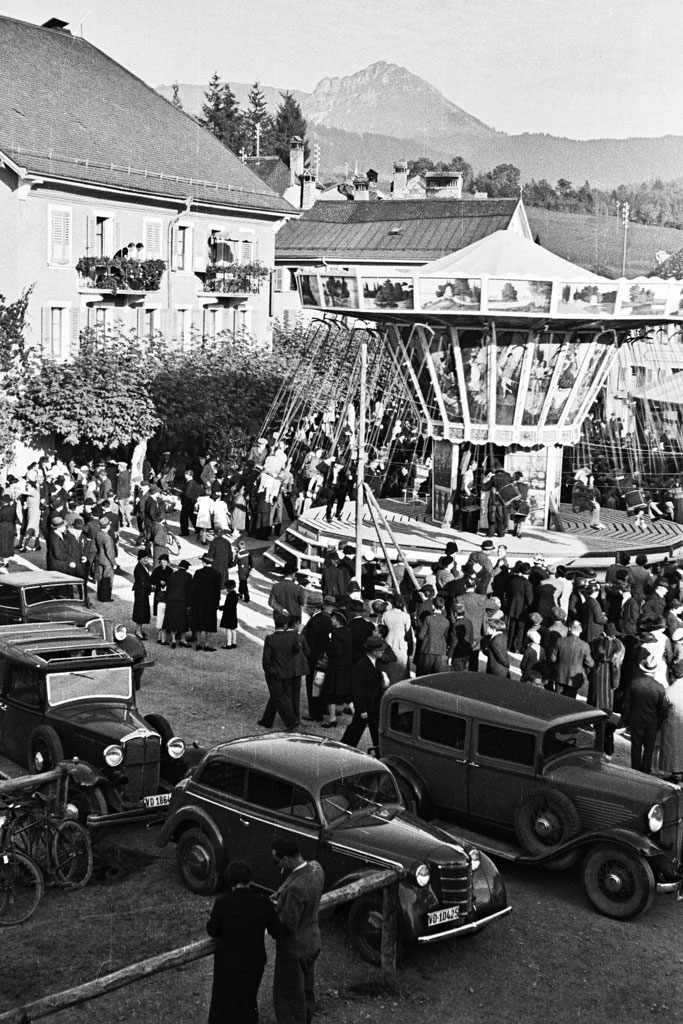 "Bénichon" is to Fribourg what "Kilbi" is to German-speaking Switzerland. The term originally denoted a hearty feast in which the full range of farm produce was brought to the family table: a broth or perhaps a cabbage soup would be followed by several courses of beef, pork and mutton with plenty of vegetables and then an ample selection of desserts. "La Bénichon" later came to be associated with the finery of the ball and popular celebrations. When the barns are full of grain and the herds have come home, it is time for the village to celebrate, albeit with a tinge of sadness that the summer is over. With a few exceptions in certain places, "la Bénichon" is held on the second Sunday of September in the lowlands and the second Sunday of October in the mountains. It is also celebrated in the towns as lots of people come together, supermarkets sell regional produce, and restaurants throughout the region offer seasonal menus. While it comes in many forms all over the canton of Fribourg, they all have one thing in common: a highlight of the annual calendar for the whole family and the whole community to enjoy.