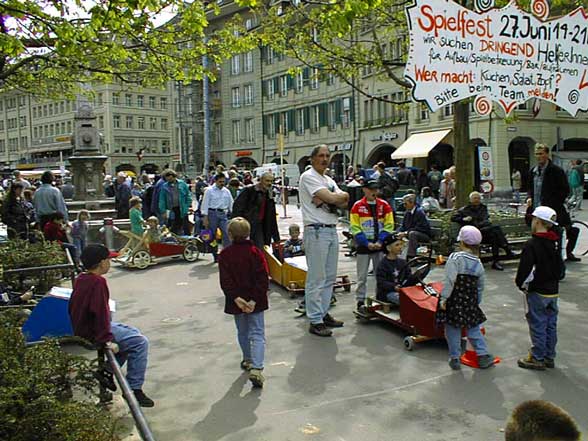 In the 1990s, registration for the race took place at Waisenhausplatz © Grosse Berner Renntage 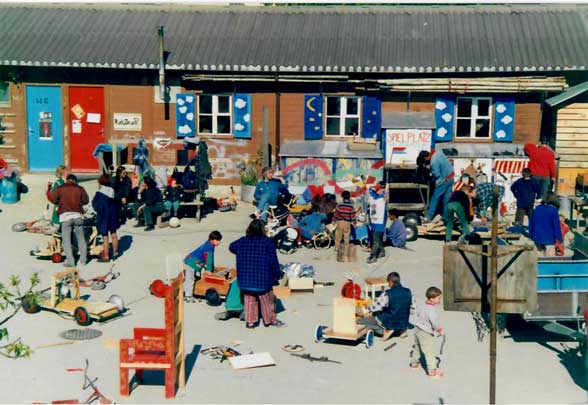 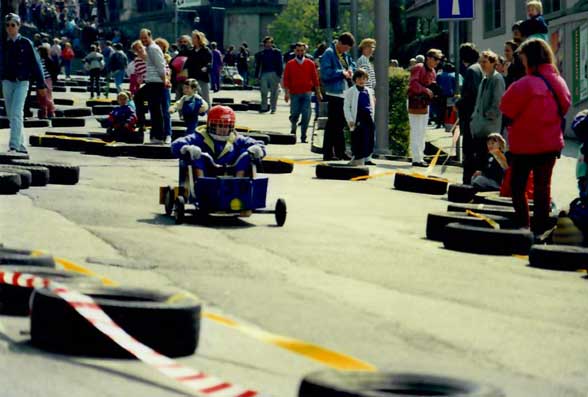 In 1990, the racetrack at Klösterlistutz was lined with old tires © Grosse Berner Renntage 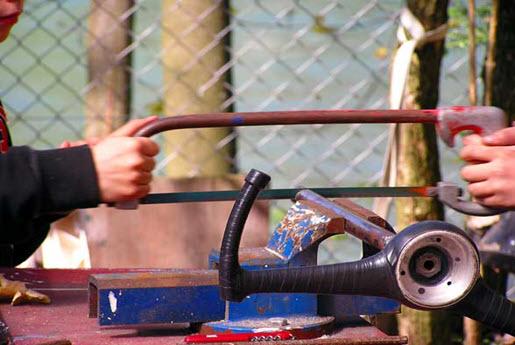 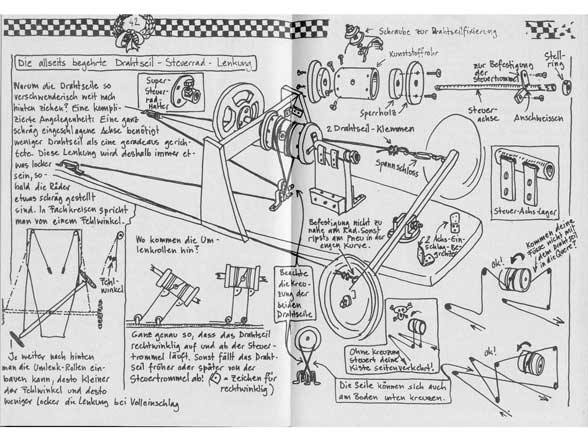 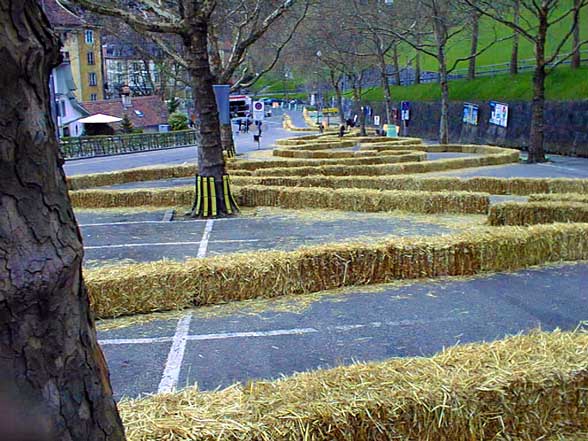 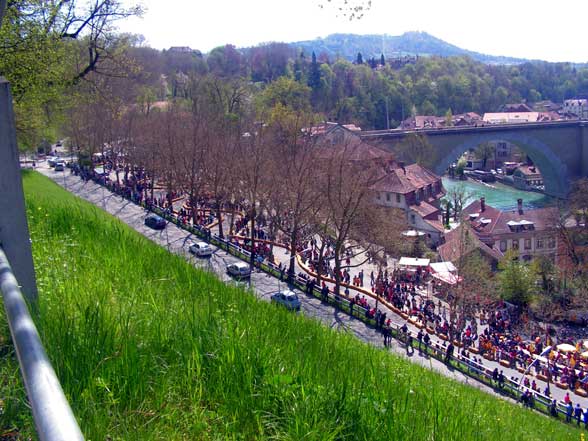 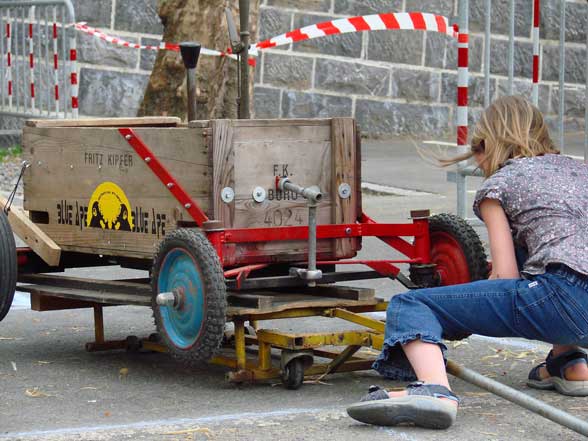 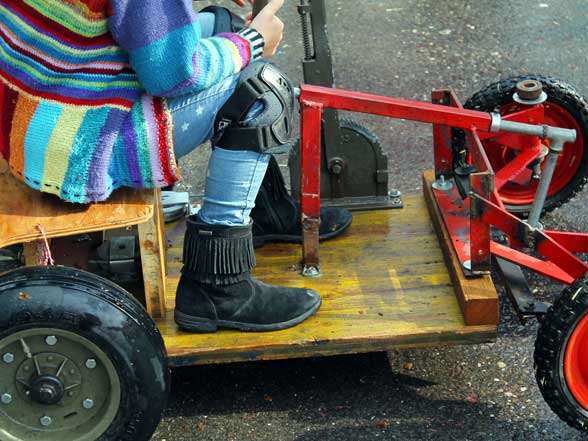 The success of a soapbox hinges on stability, good brakes and steering technology © Grosse Berner Renntage 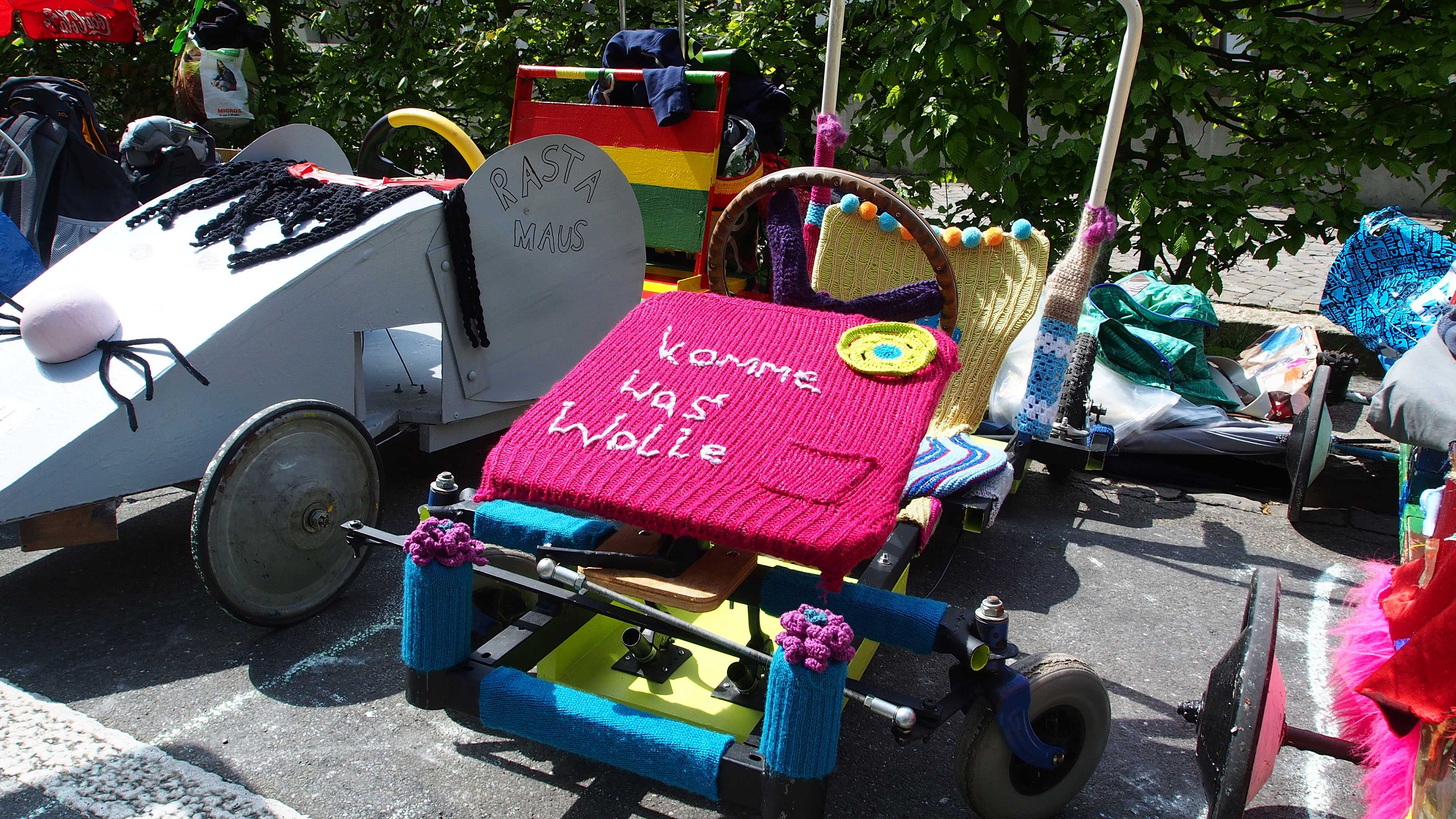 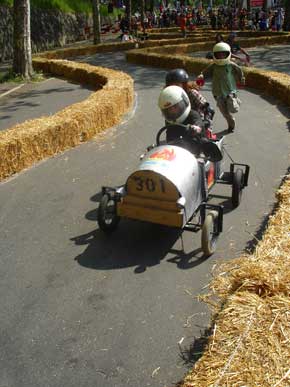 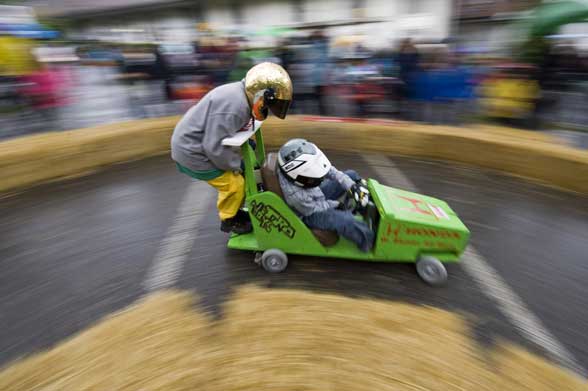 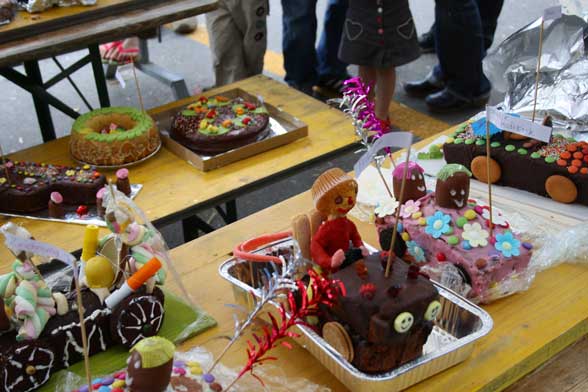 The Bern’s big race days were started more than thirty years ago by youth club pioneersf. Since then, the organisations making up the Bern youth club association have organised an annual soapbox race on the Klösterlistutz in Bern.

The sixty to ninety soapboxes are built at home or at one of the association’s organisations. Only teams are admitted to the race; individual contestants are not allowed. The race days last from Friday to Sunday on the first weekend after the school spring holidays. On Friday, the soapboxes are tested for suitability. On Saturday, training rides take place. On Sunday, it gets serious: in front of large crowds, the children speed down the 500-metre-long straw-bale lined racetrack in three runs. In a closing ceremony, cakes are awarded as prizes, and a certificate and a t-shirt are distributed to all participants.

The soapbox race in the old town is as much a part of Bern as the River Aare. It is an annual highlight in spring for many families and other racing enthusiasts. For a weekend, the Klösterlistutz turns into a colourful racetrack and a fairground. Bern’s big race days are as thrilling a spectacle for the families of the children participating, especially their younger brothers and sisters, as they are for former participants, passers-by, tourists and loyal fans. Even when it rains, there is a festive atmosphere.

Since 2014, the soapbox race has only been possible thanks to sponsors and donors. A fund-raising association for the soapbox race (‘Förderverein Grosse Berner Renntage’) was set up; the fact that it has successfully collected the funds required every year shows how much support the event has.