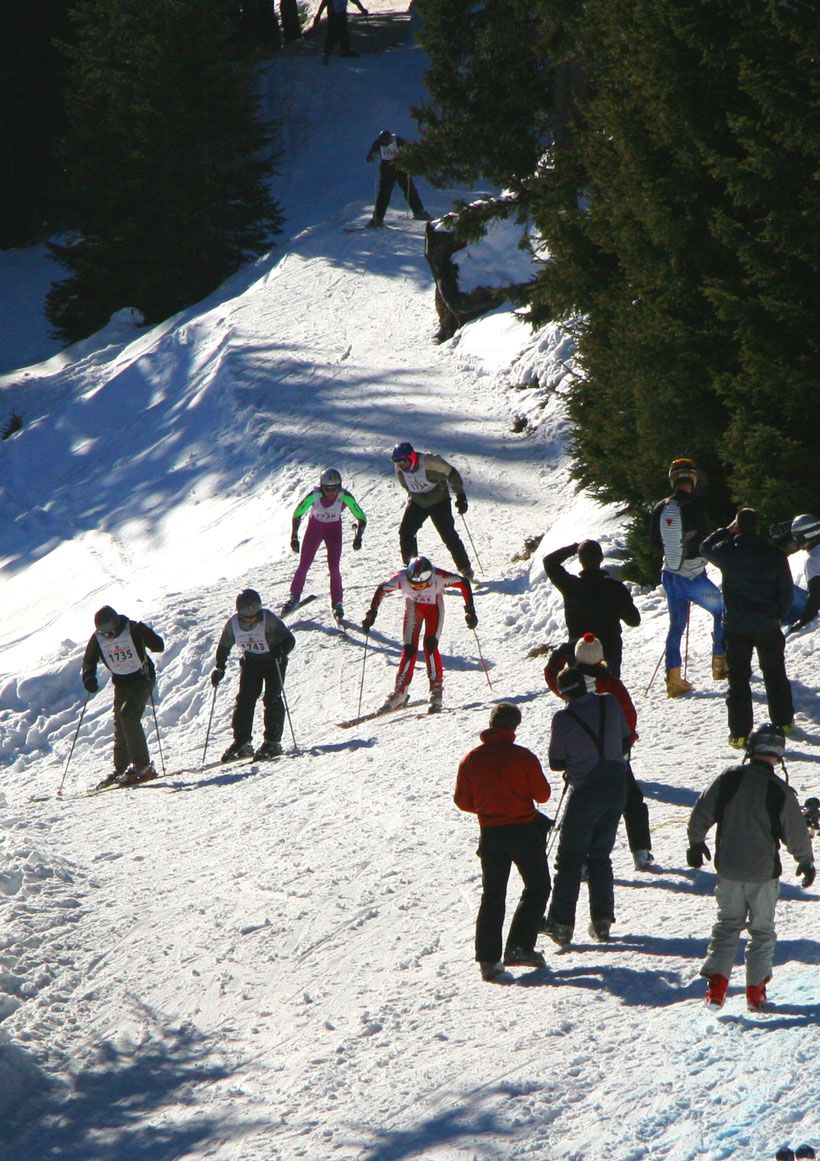 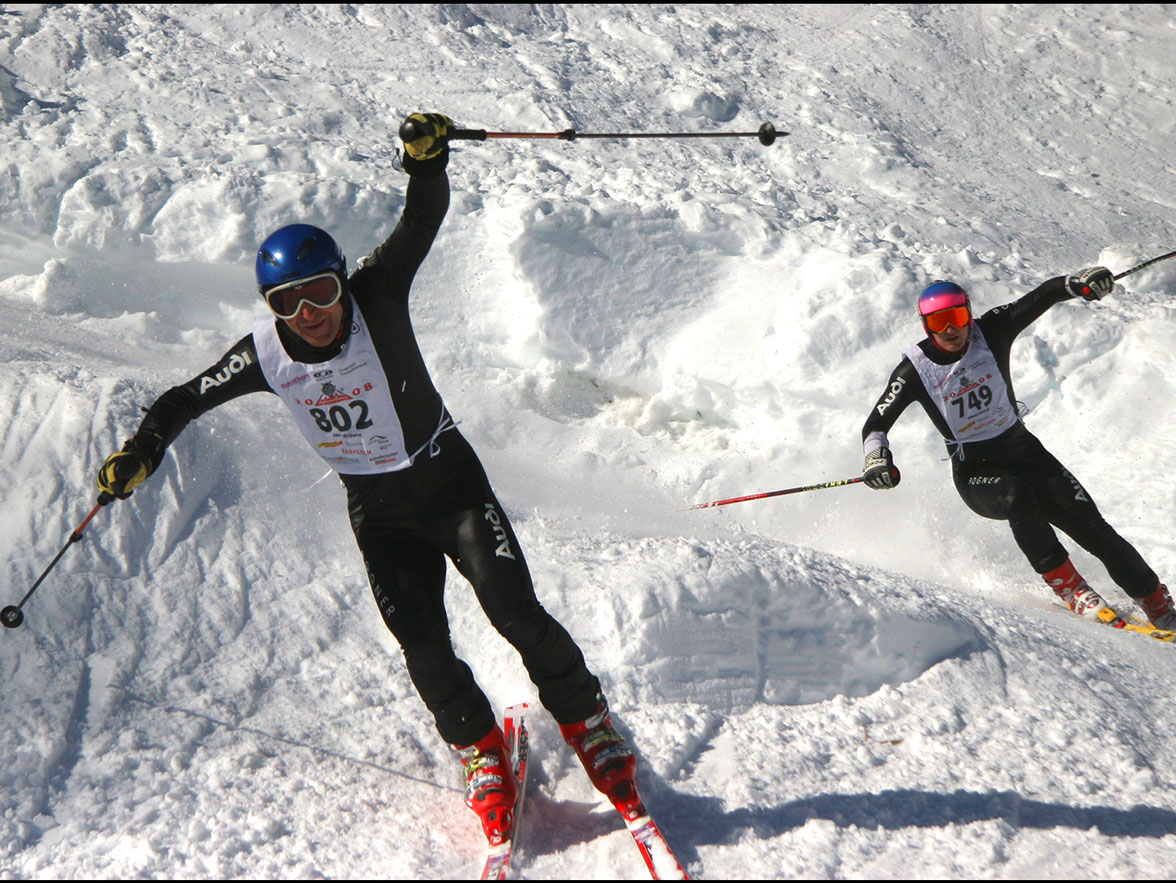 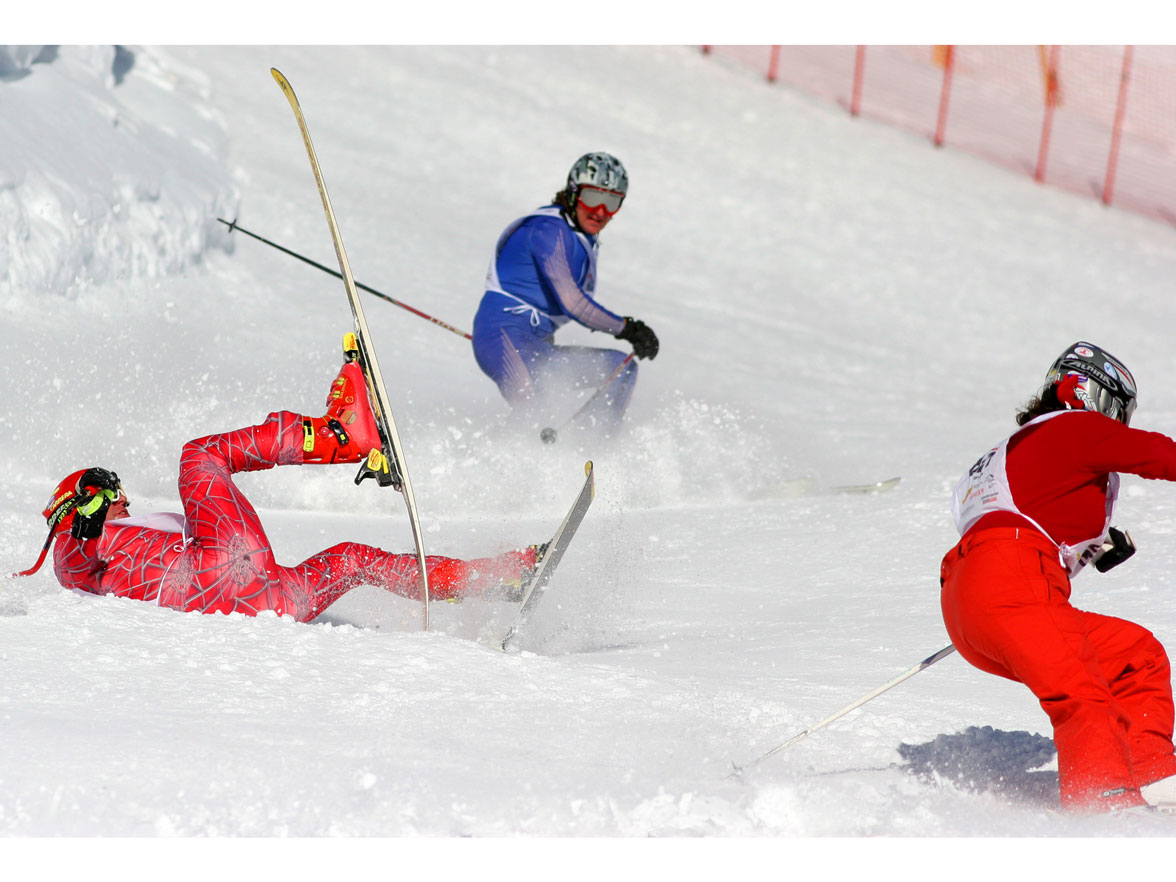 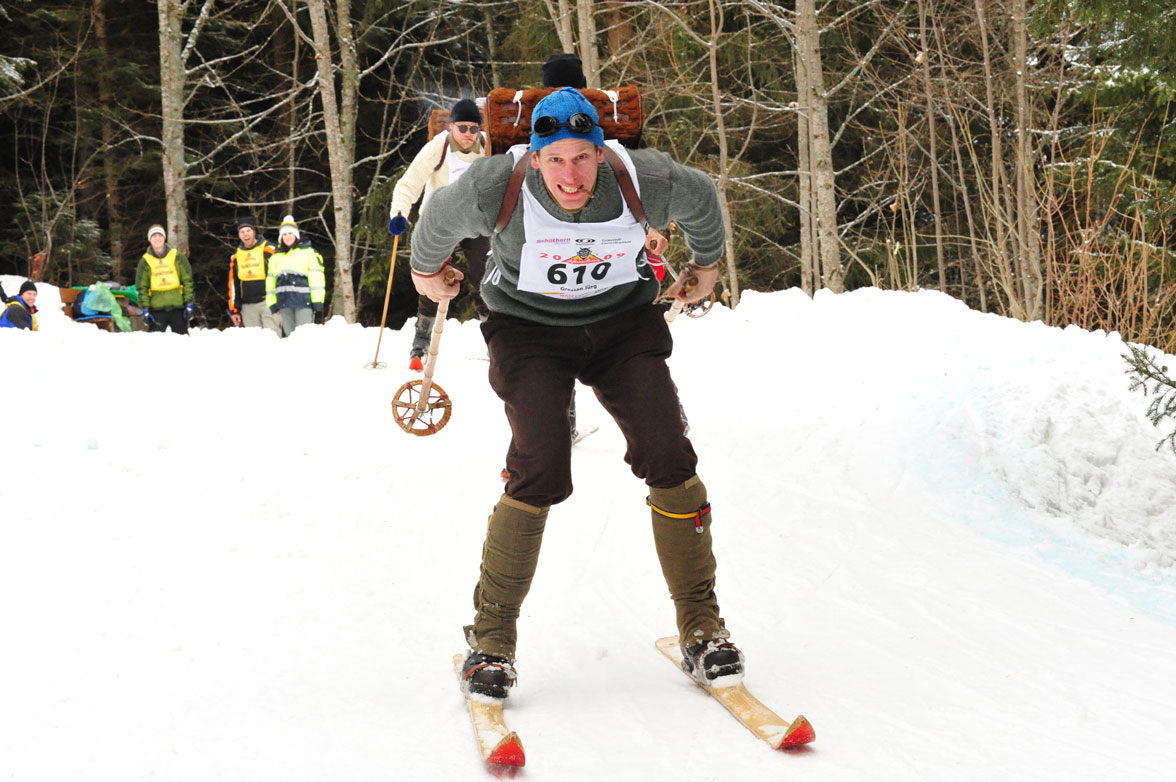 Some participants in the race wear high-tech clothing and use the latest skis; others prefer an old-timer look (2009) © Inferno-Rennen/Bruno Petroni 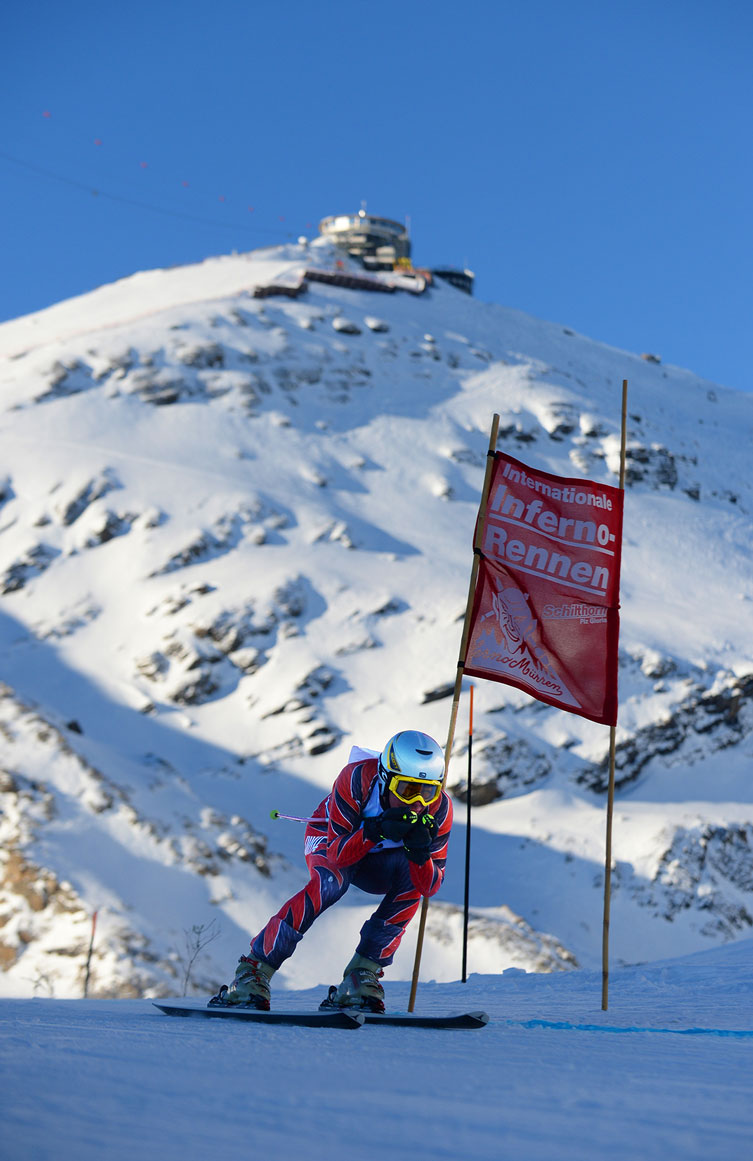 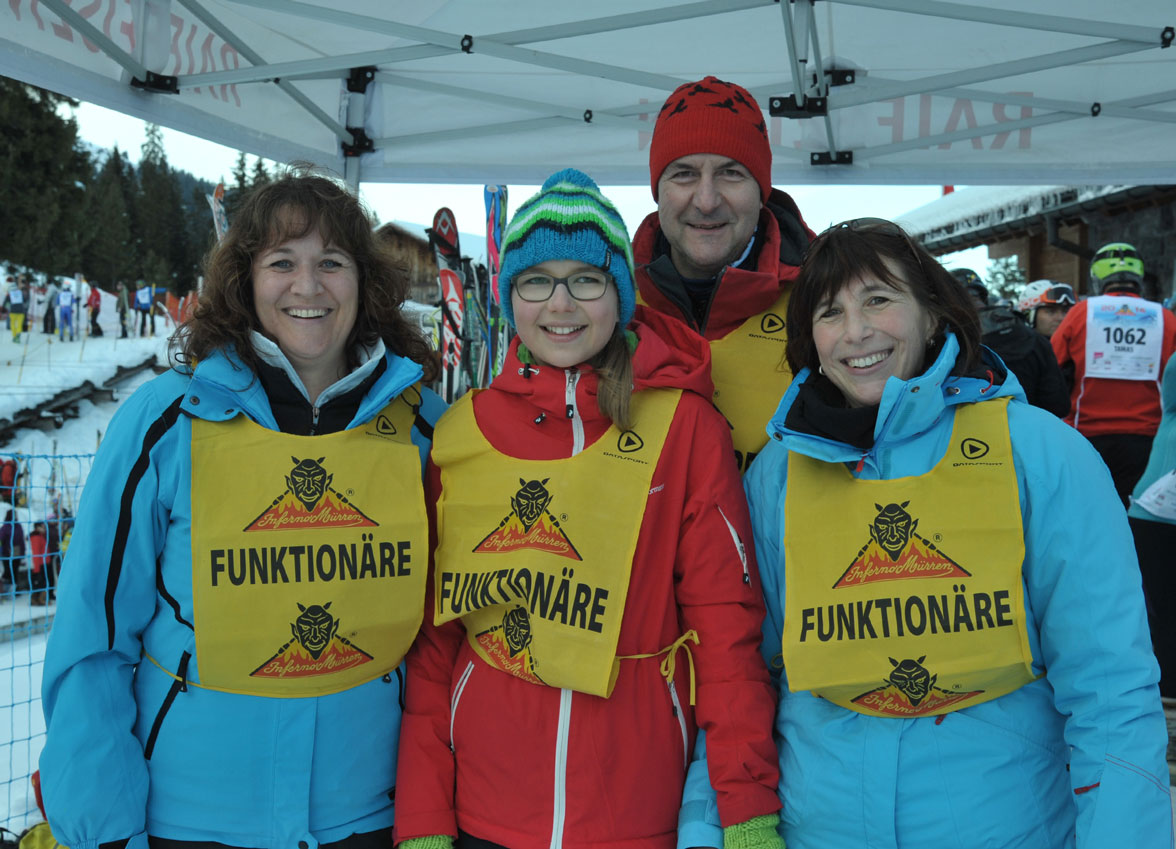 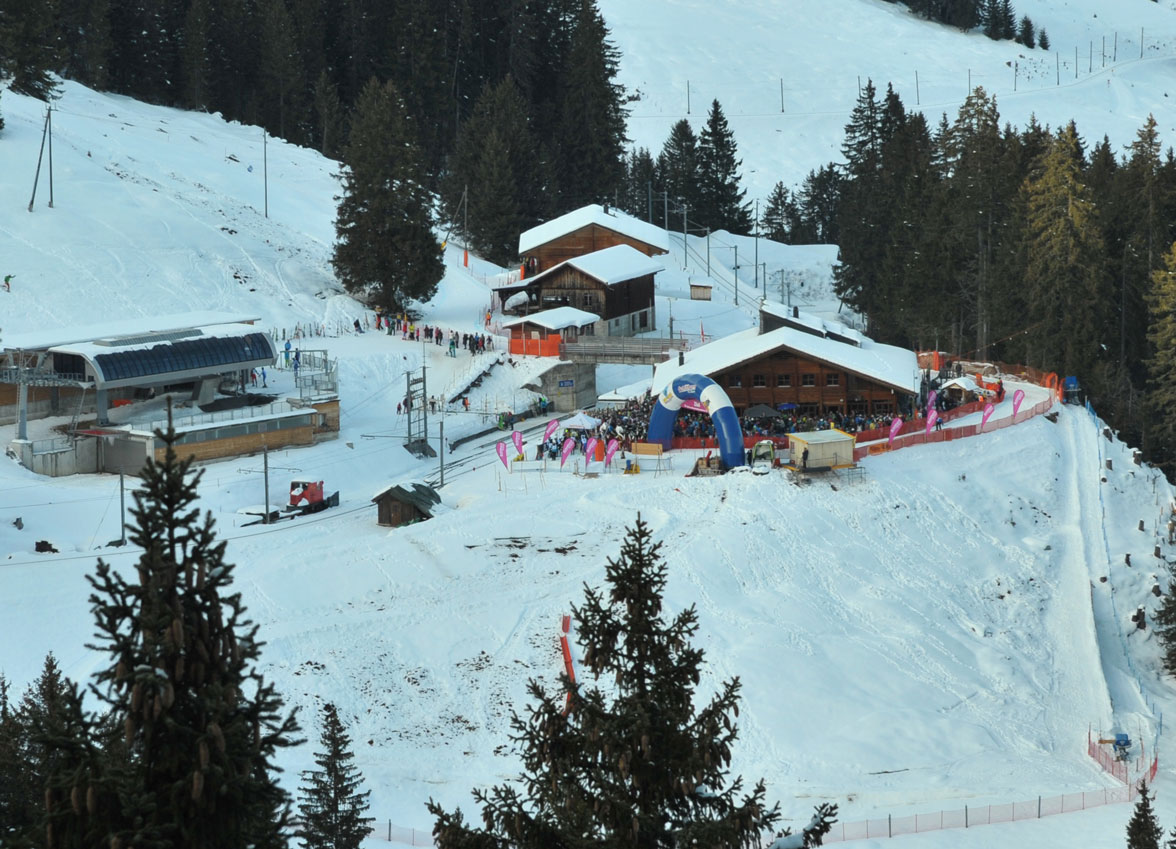 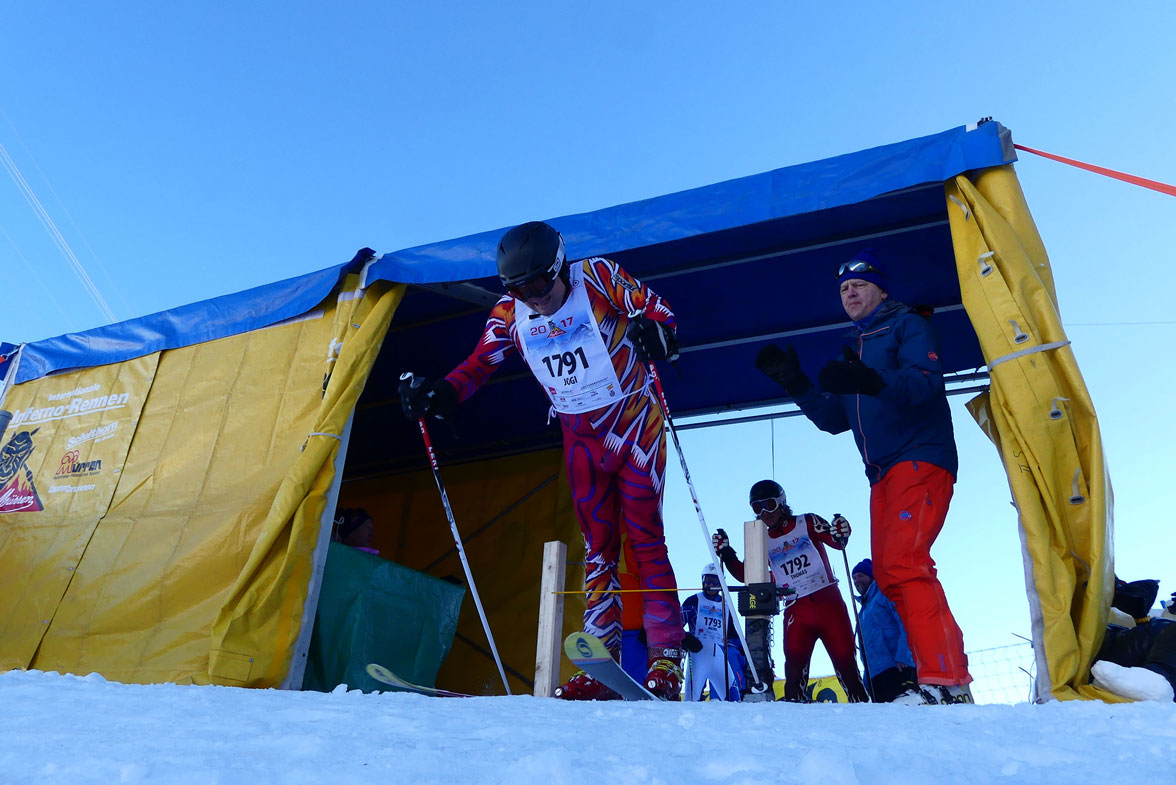 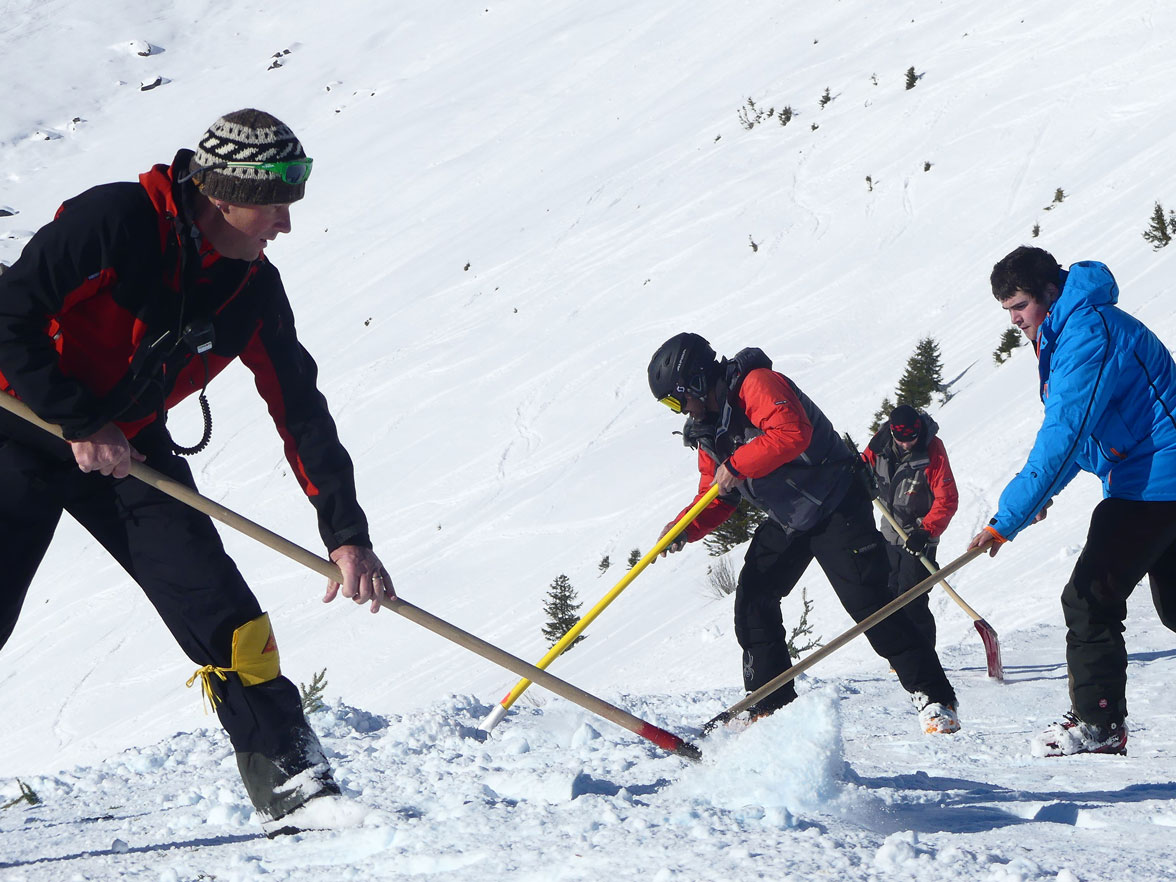 Preparations, including the levelling of ski pistes, start two weeks before the race; however, piste work is also needed during the downhill race (2017) © Inferno-Rennen/Bruno Petroni 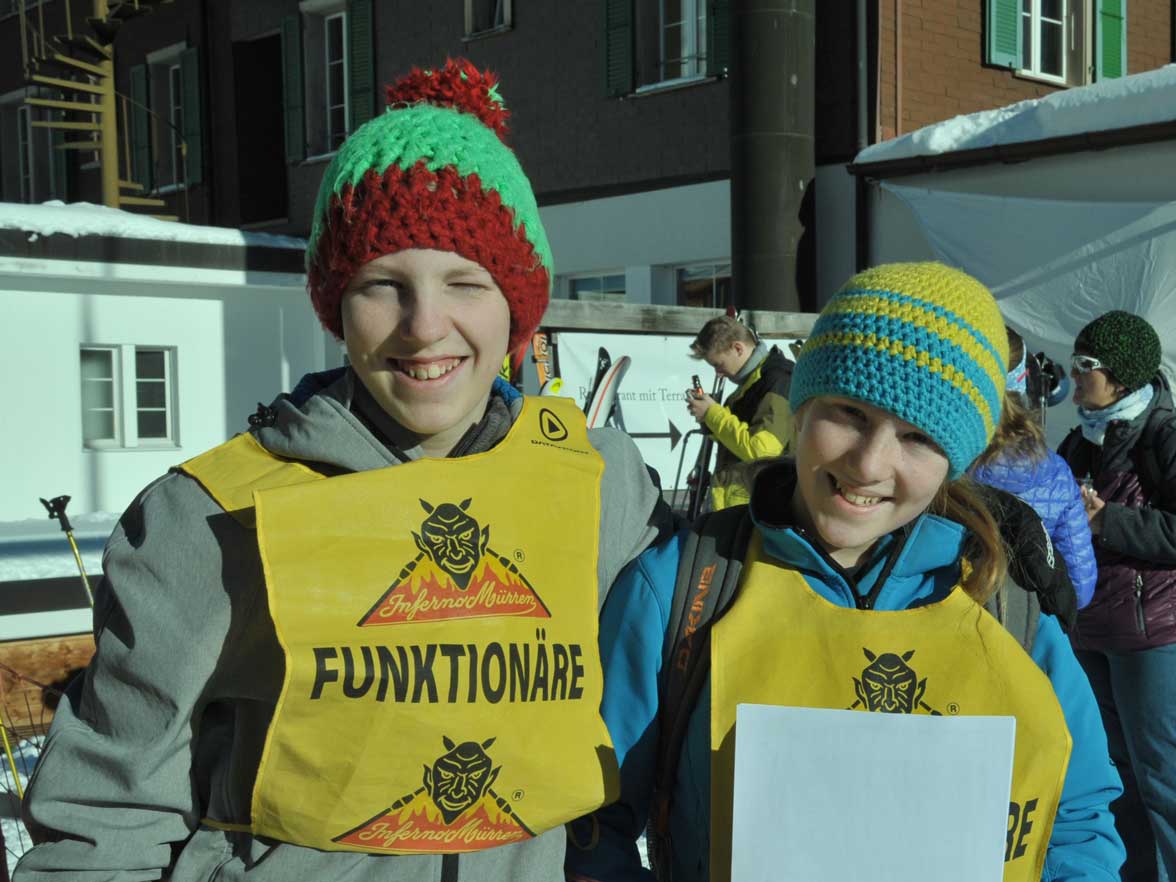 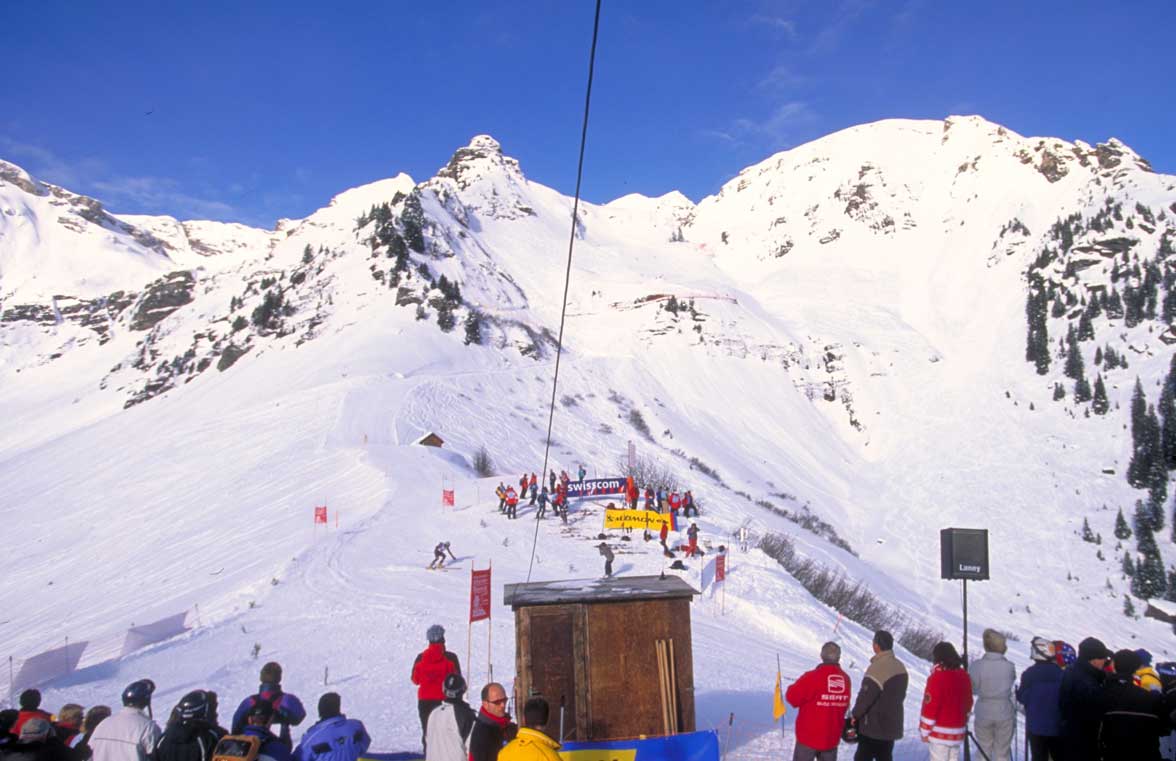 View from above of the gun barrel © Inferno-Rennen/Bruno Petroni 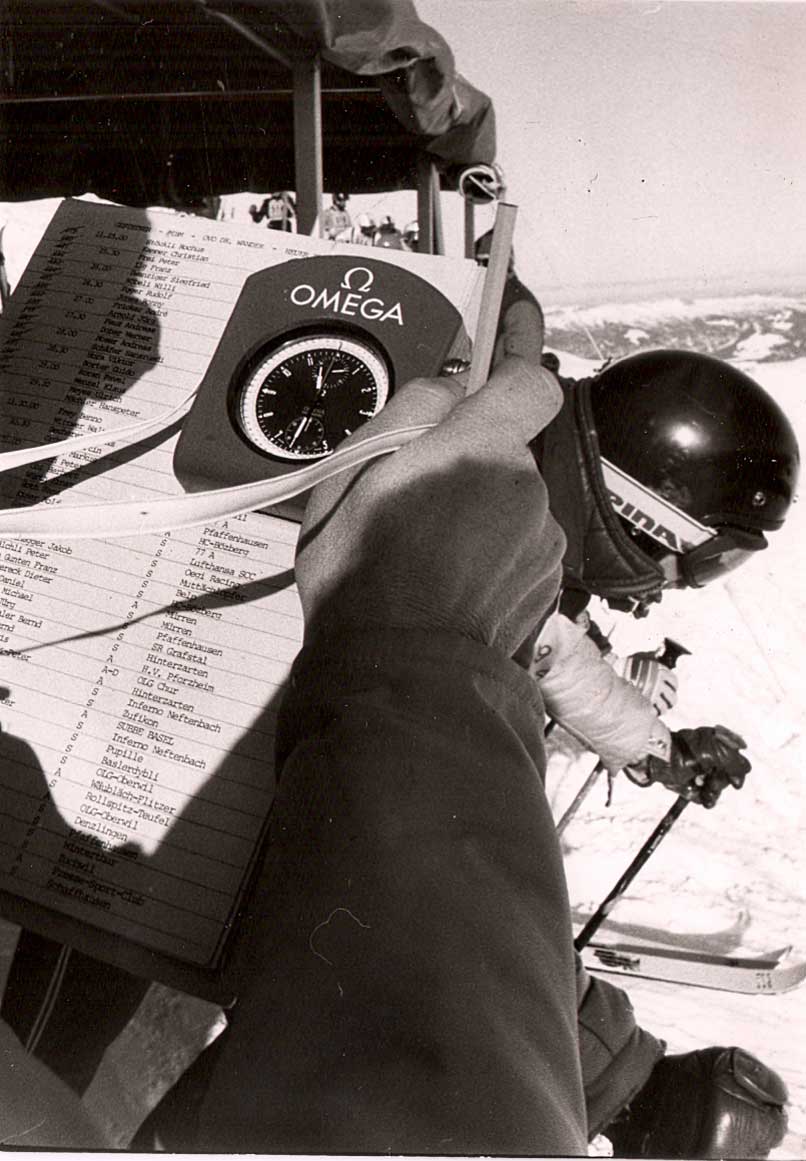 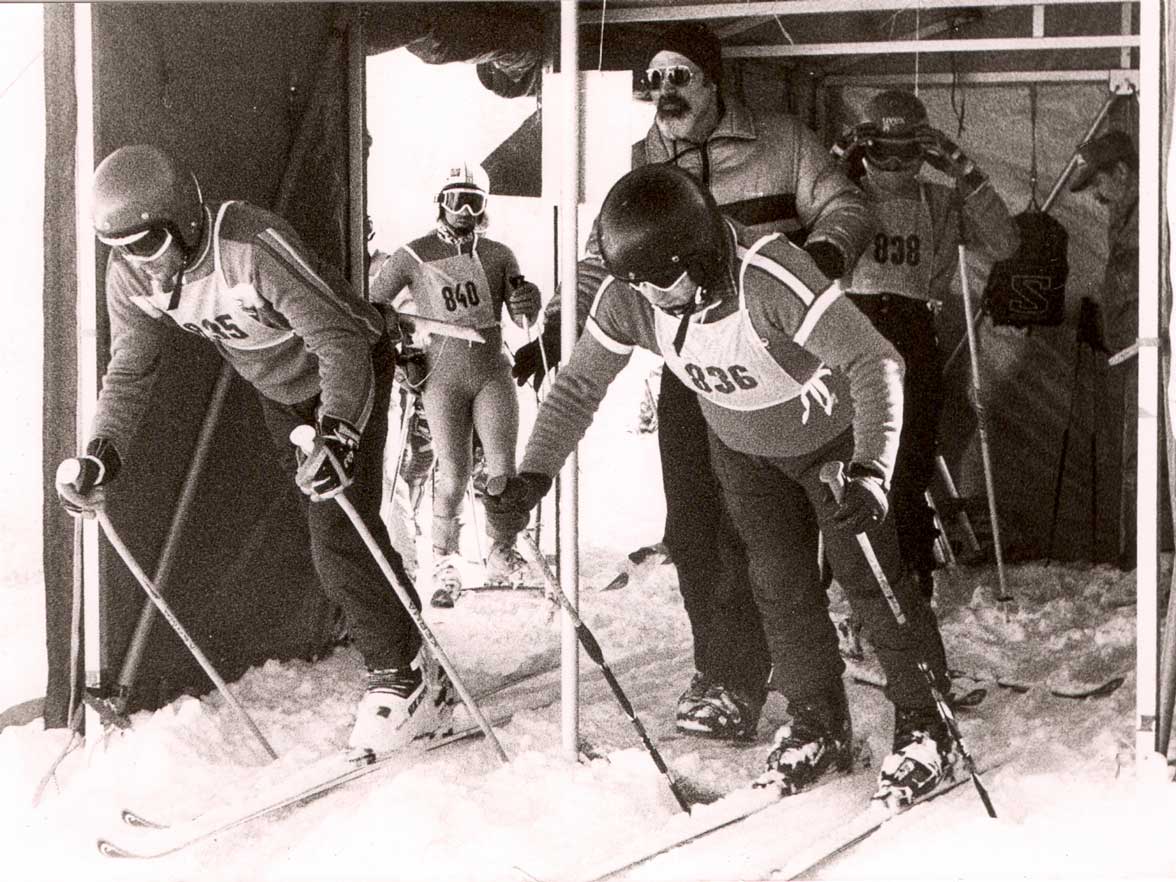 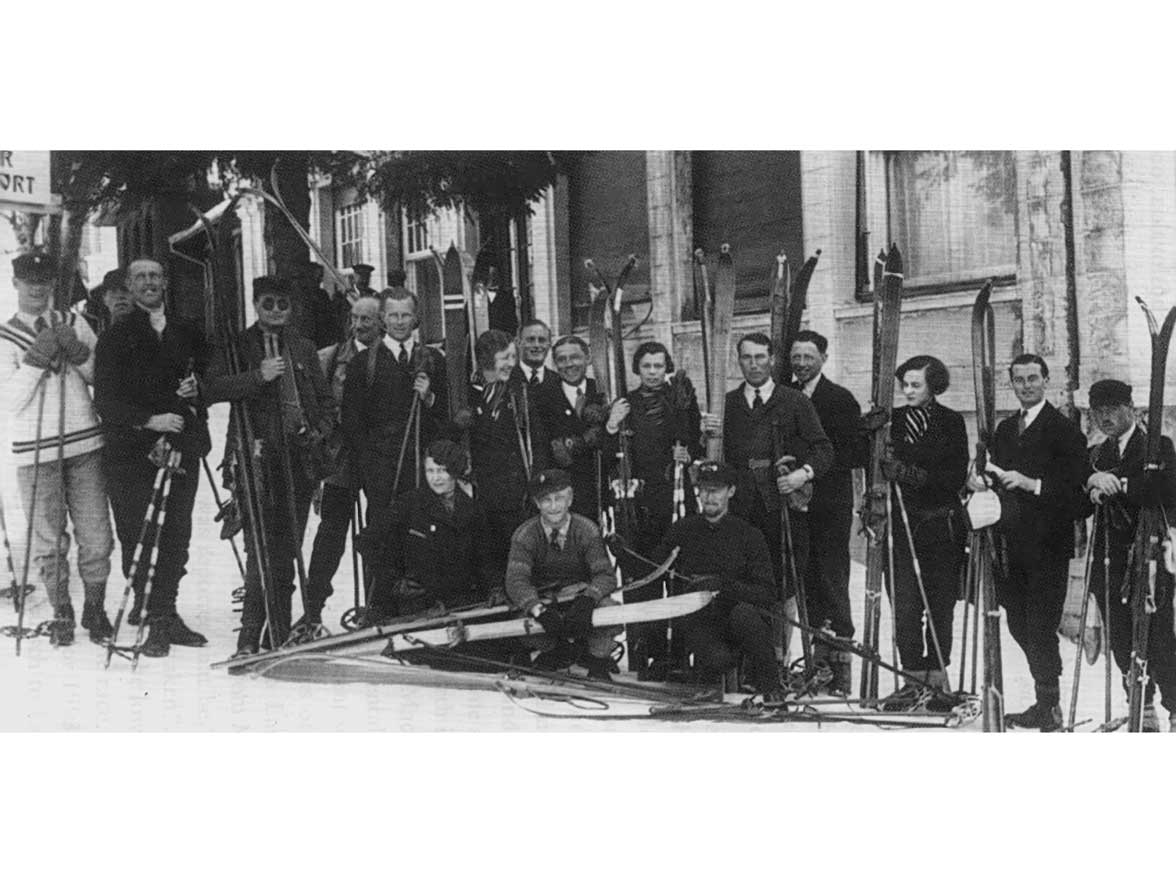 Participants in the 1st Inferno race in 1928: Doreen Elliott, who was the fastest woman and won fourth, place is standing next to the winner, Harold Mitchell (5th from right). Arnold Lunn (wearing sunglasses) is 3rd from left © Inferno-Rennen/Kandahar Ski Club 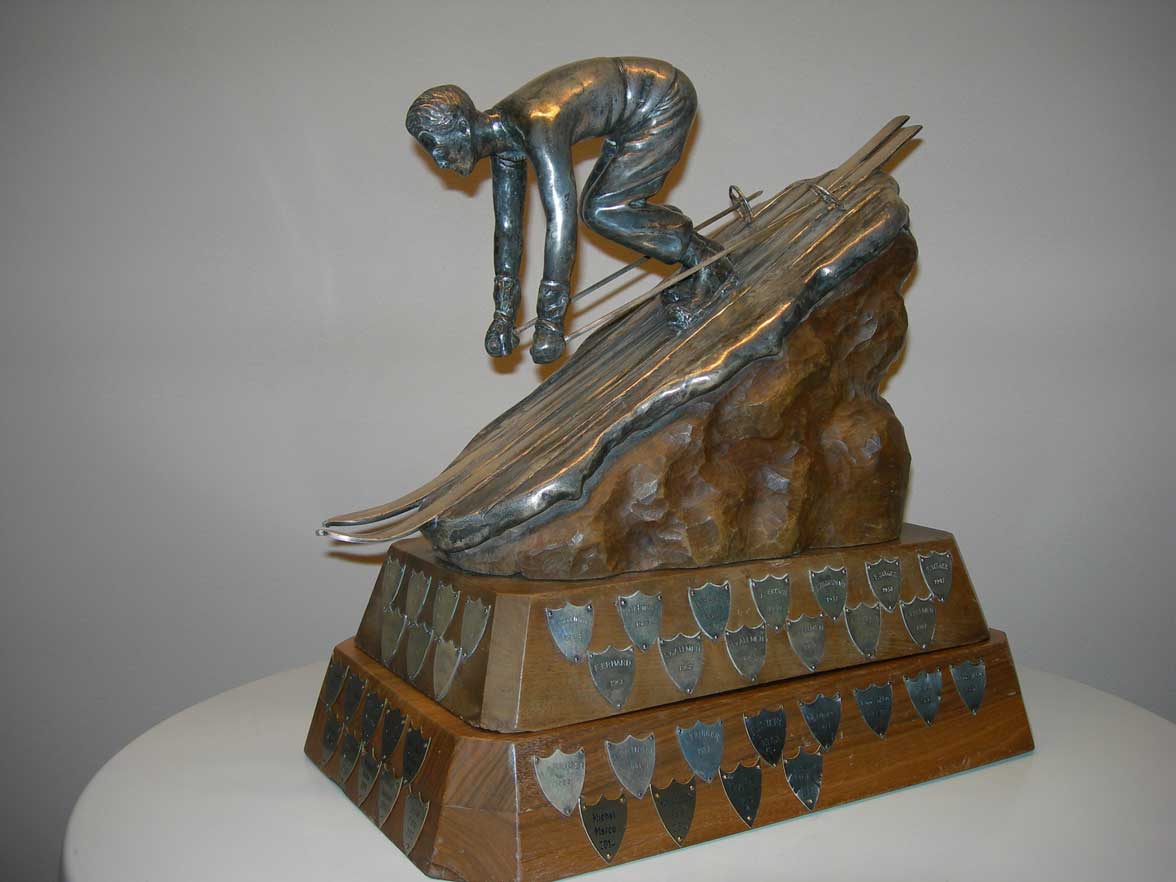 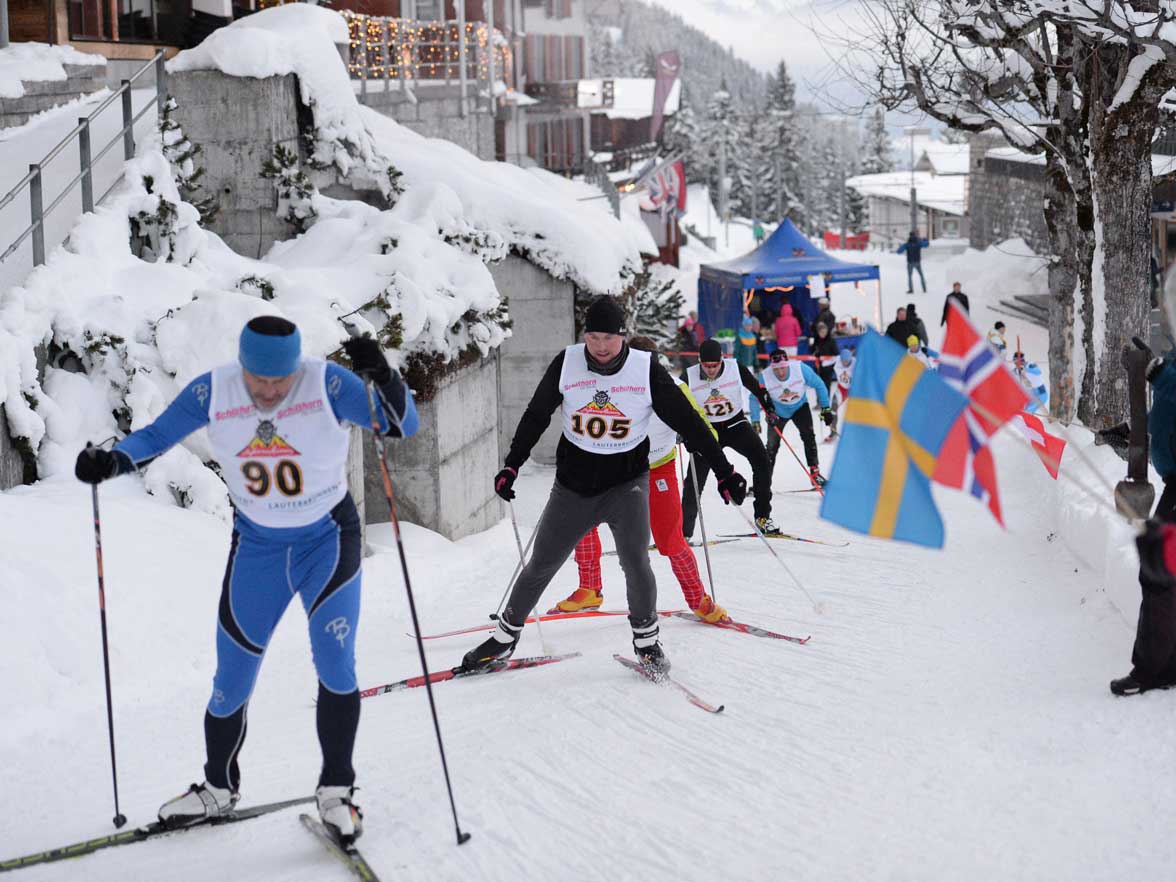 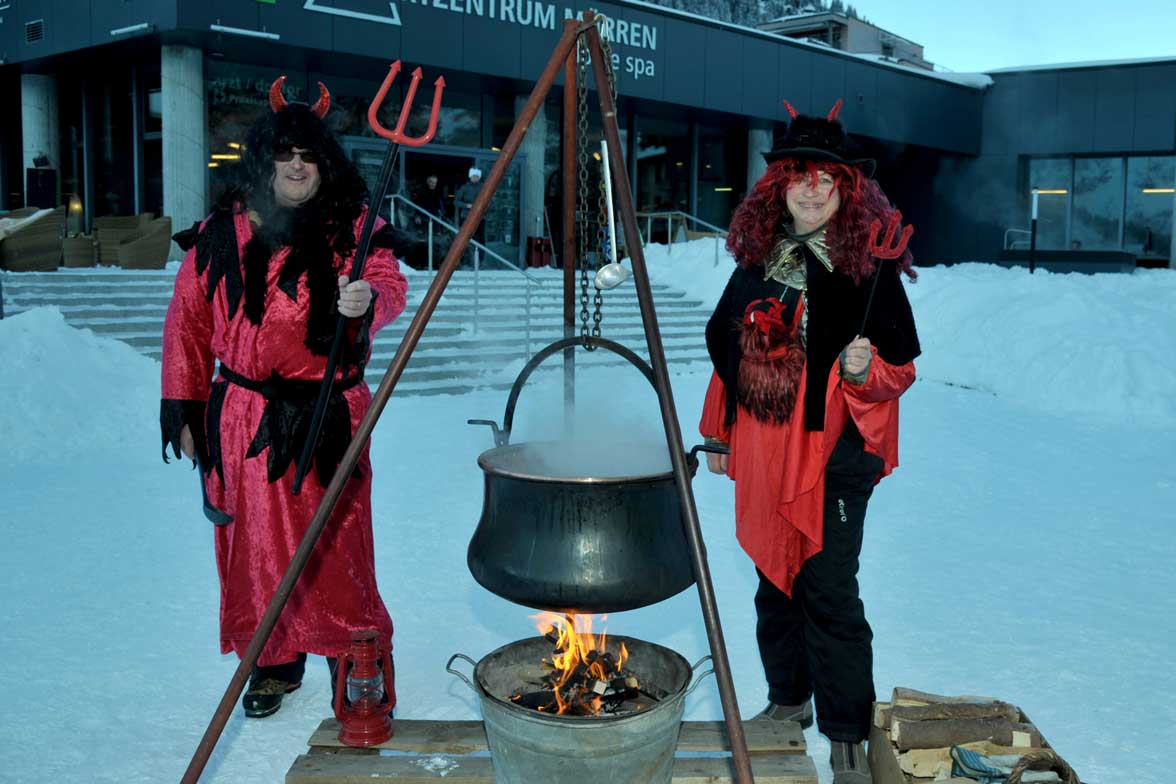 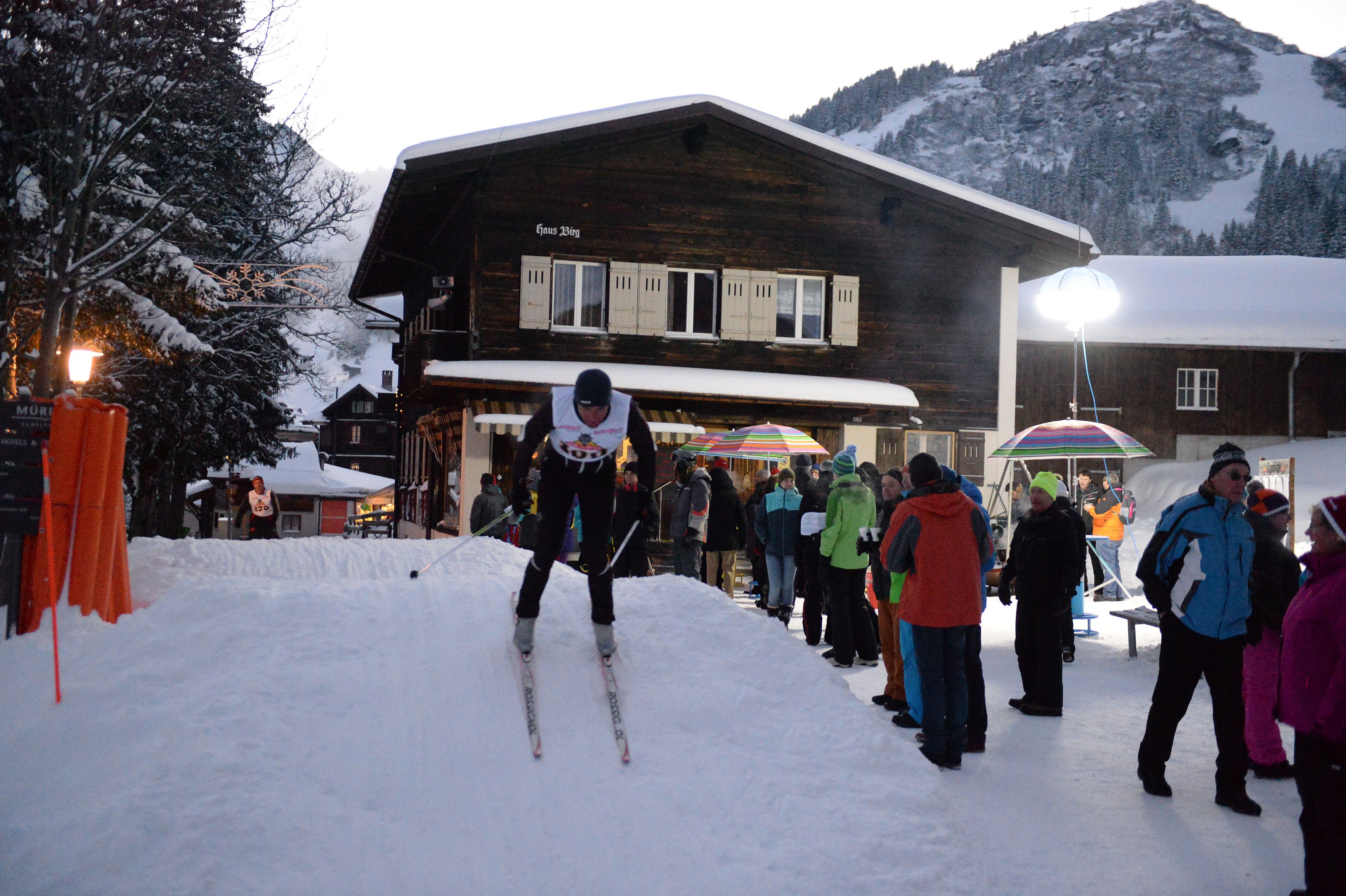 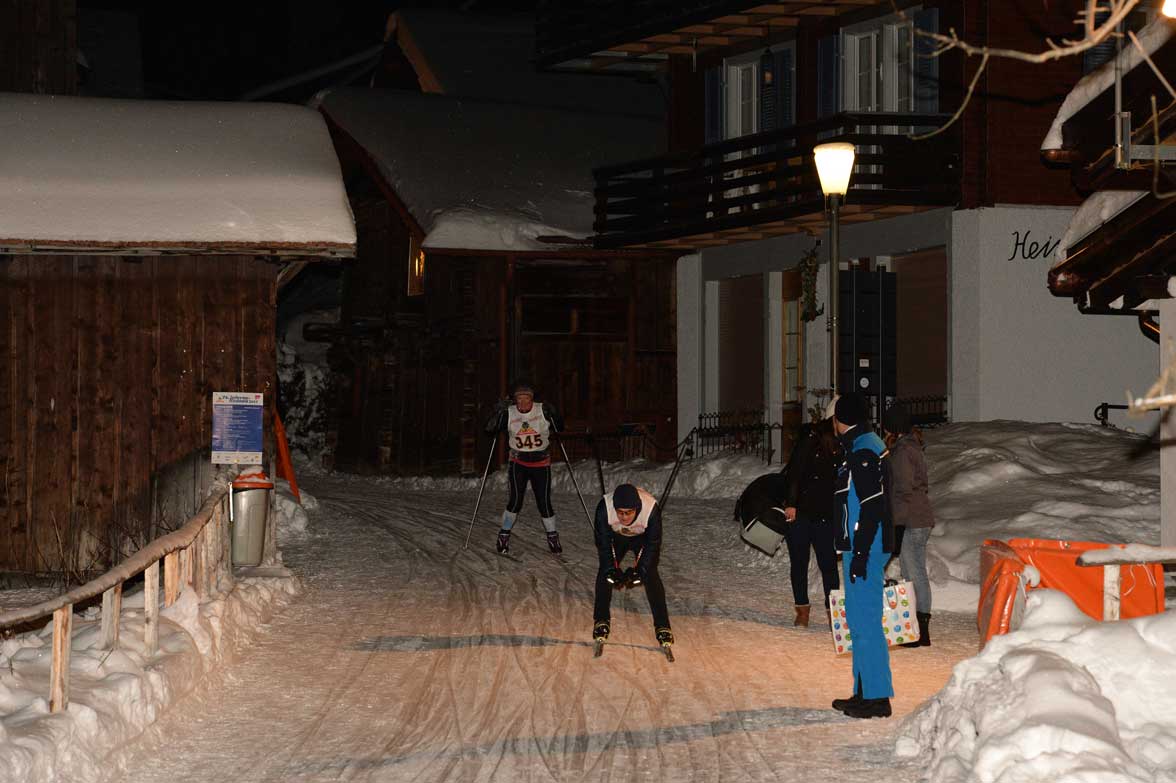 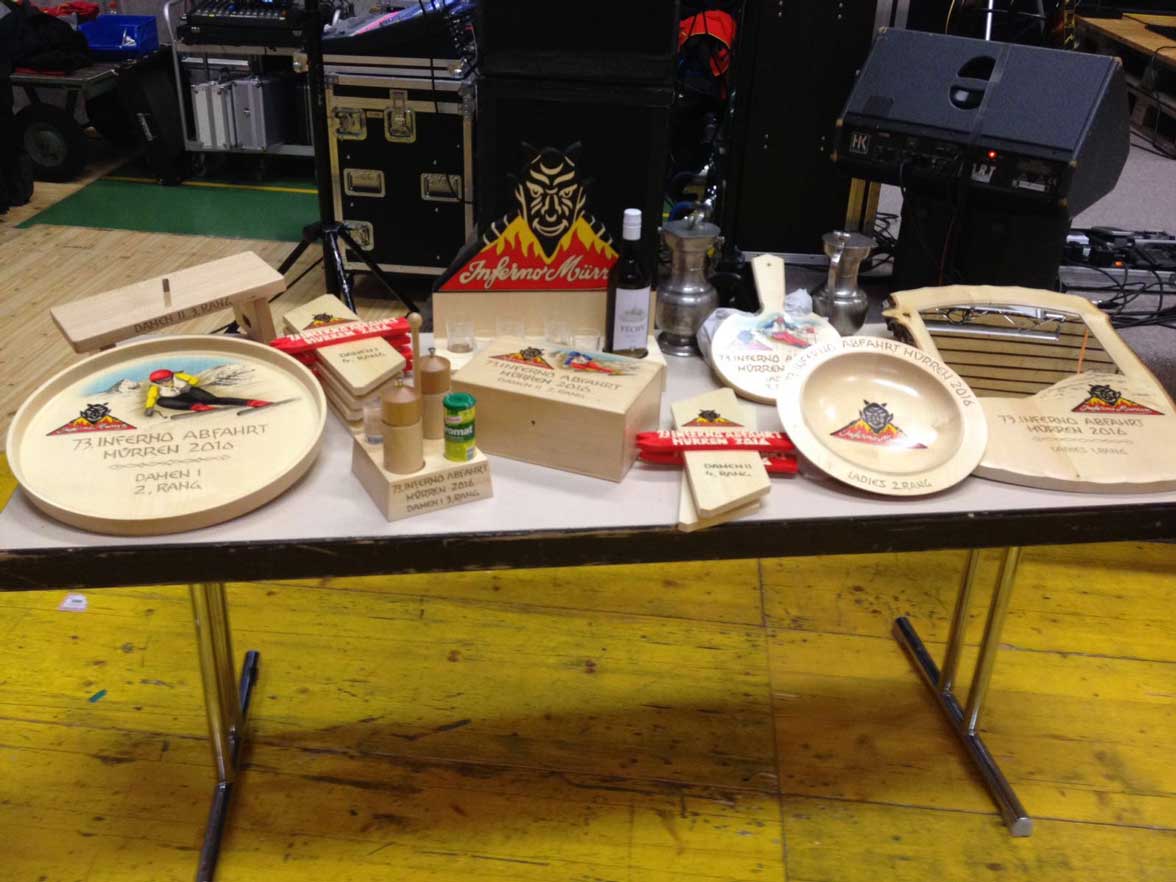 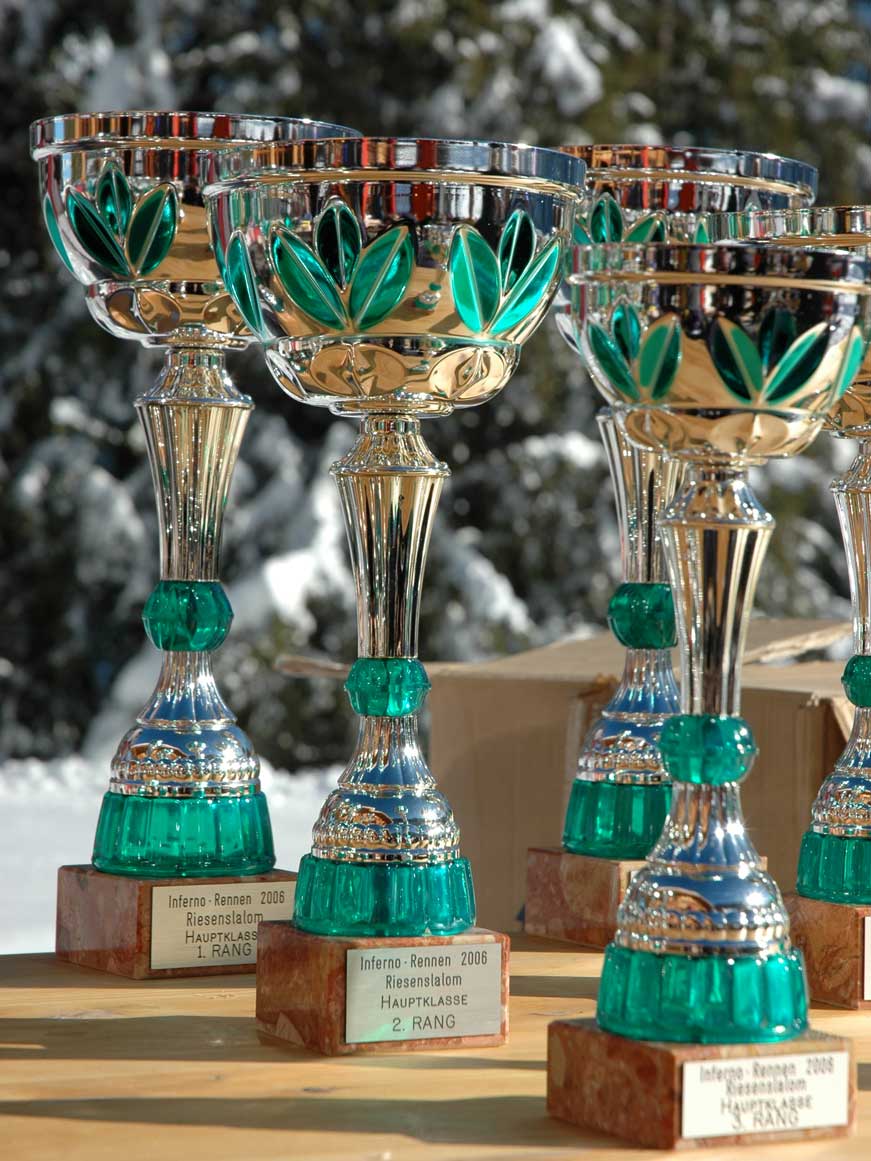 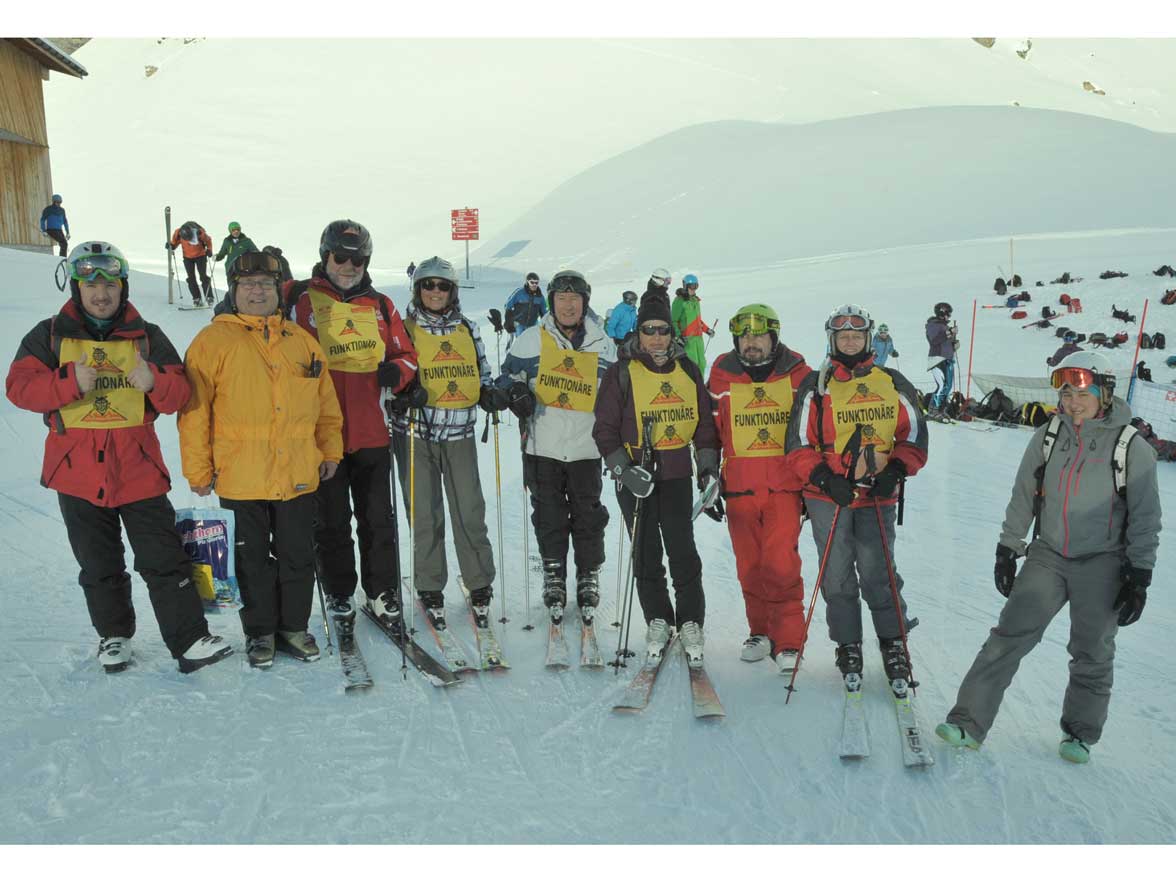 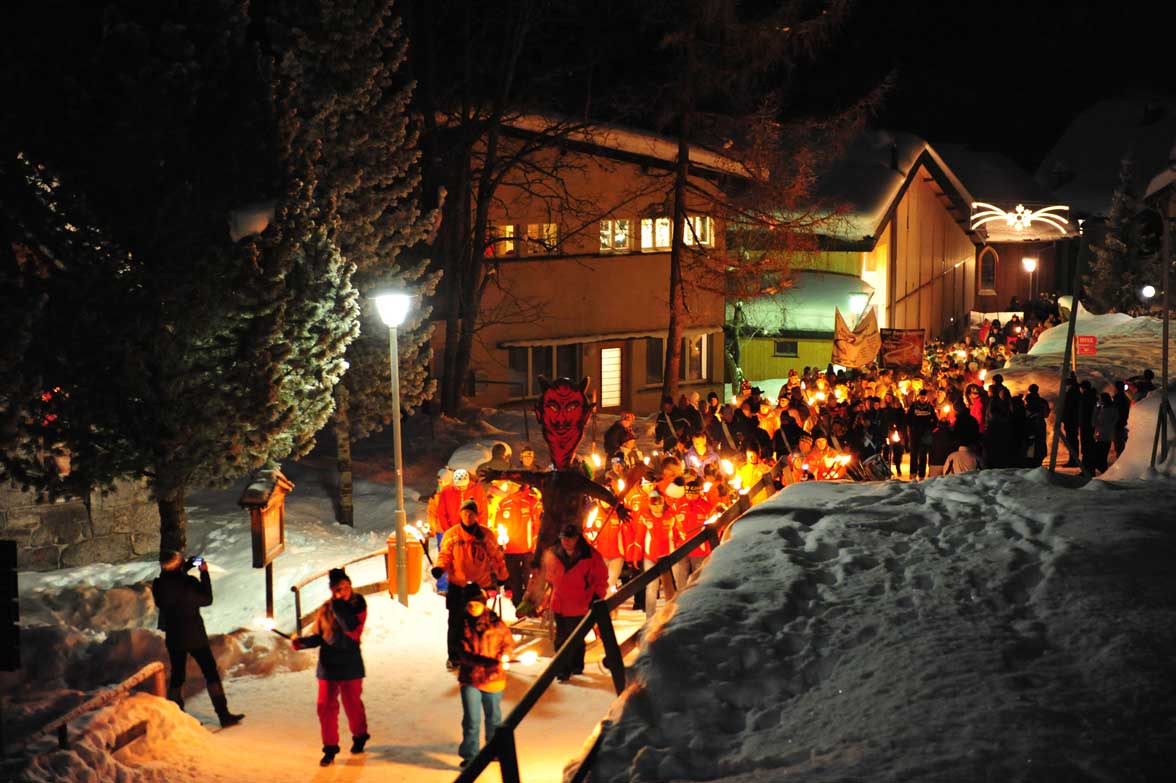 The Devil’s procession around the village of Mürren – the devil is brought to the sports centre, accompanied by torch bearers, cowbell ringing, tambours and carnival bands (2013) © Inferno-Rennen/Bruno Petroni The Inferno ski race was first held on 29 January 1928, making it one of the eldest ski races still held today and the world’s largest amateur race. Until 1965, participants had to climb the evening before the race from the Allmendhubel mountain station (1907 metres above sea level) to the Mürren Ski Club’s chalet (at 2432 metres) in the Engetal, and then had to take the path to the Schilthorn the following morning using climbing skins attached to touring skis. Since 1968, a cable car has been running to the Schilthorn summit. Today, the number of participants is limited to 1850, and hundreds of eager participants are turned away every year. Most of the participants in the race win their places by lottery. The varied topography is what makes the 14.9-kilometre long, 2170-metre descent so attractive today; the course can also be skied at other times. The organisation of the race was for a long time in the hands of the Mürren and Lauterbrunnen ski clubs. Today, the International Inferno Ski Race Association Mürren, founded in 1999, organises the events in the Inferno week, supported by two to three-hundred volunteer staff members, mainly from the ranks of the local ski clubs.

The Mürren Inferno ski race is of great importance for the region of Lauterbrunnen and especially for the village of Mürren, and has contributed a lot to putting Mürren on the map. Over the years, it has retained its essence and has remained a notoriously popular local ski race. The Inferno ski race is a key event in the history of skiing – for the region it is a living tradition.