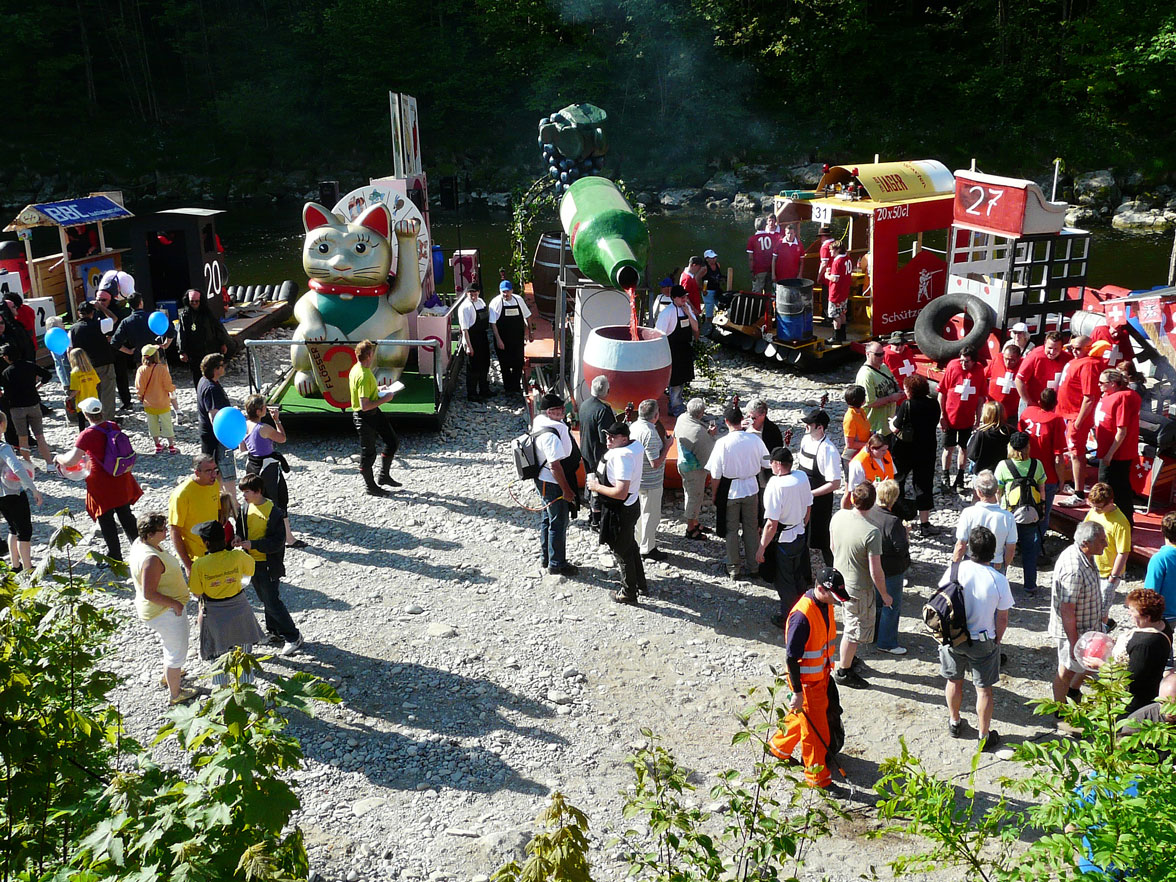 Exhibition of the rafts before the start of the Mammut raft race, Degenau, 2011 © Verein Flossrennen 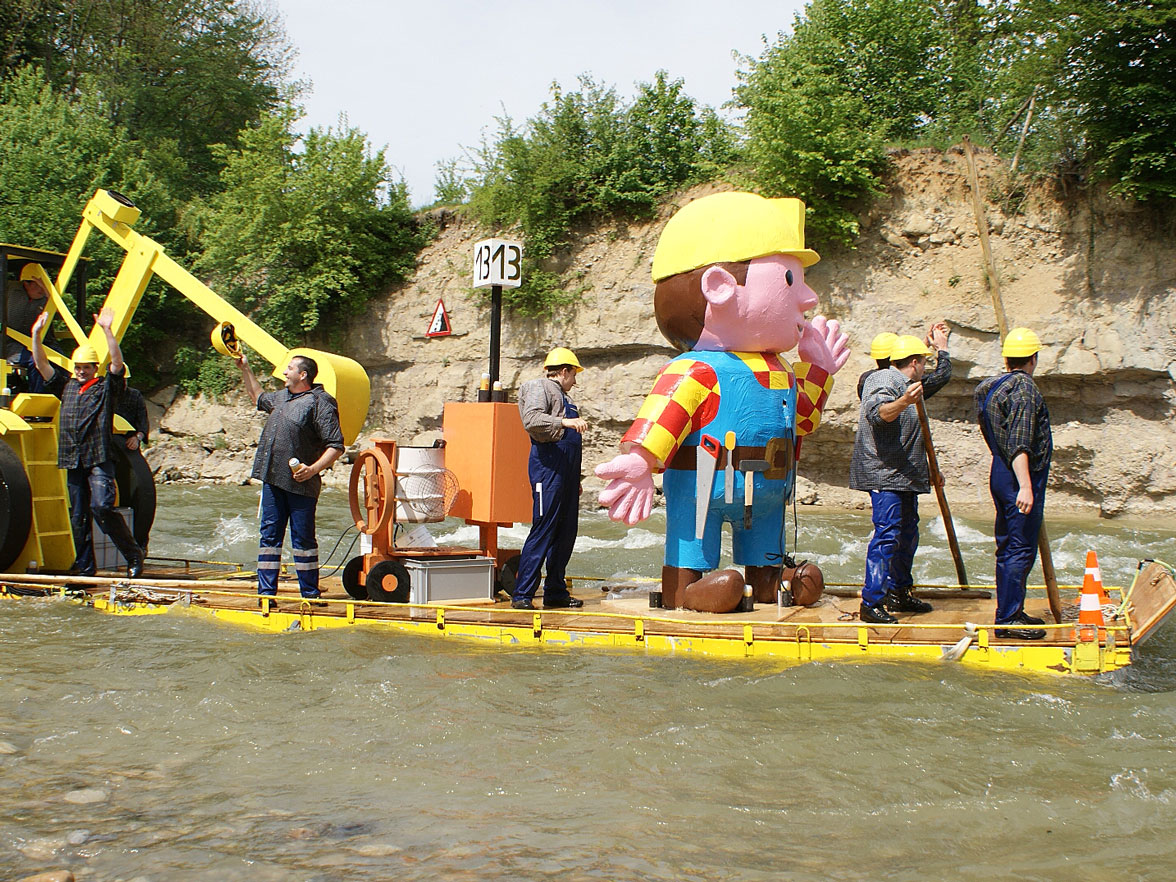 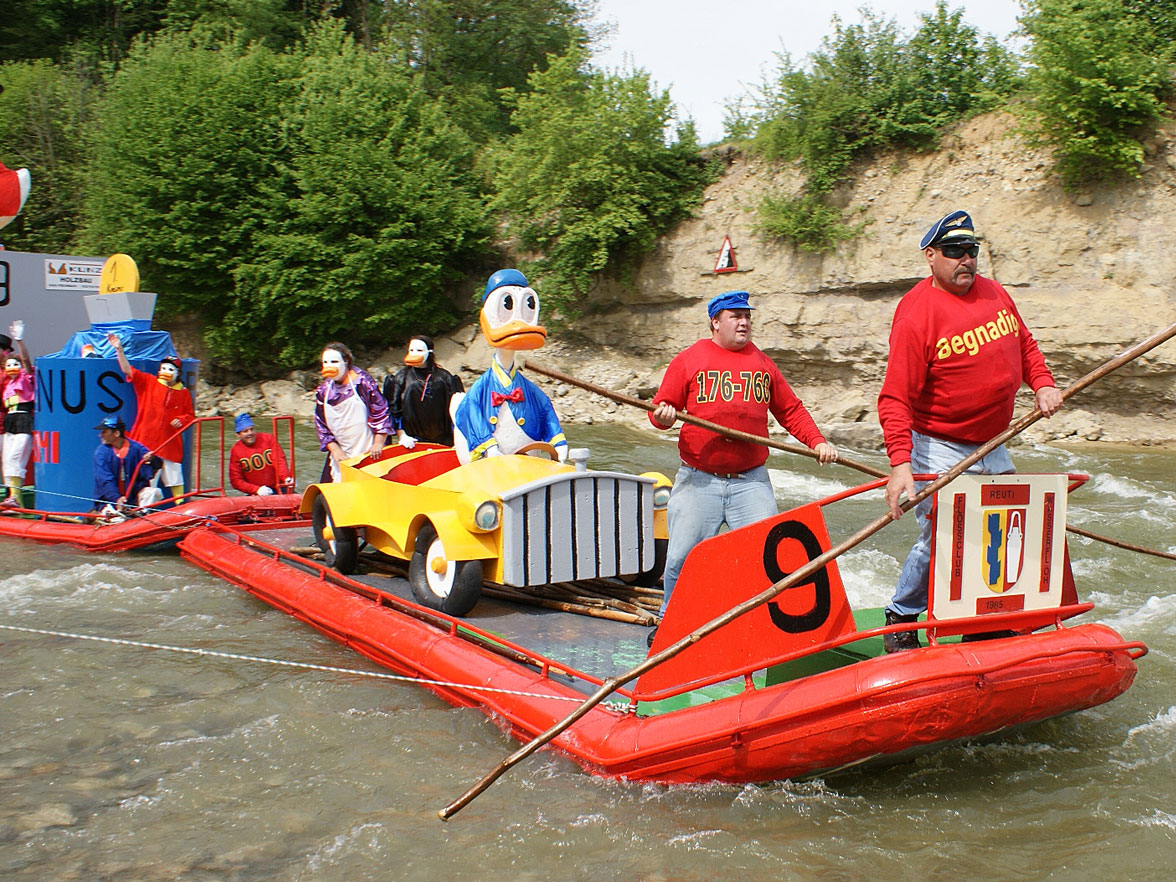 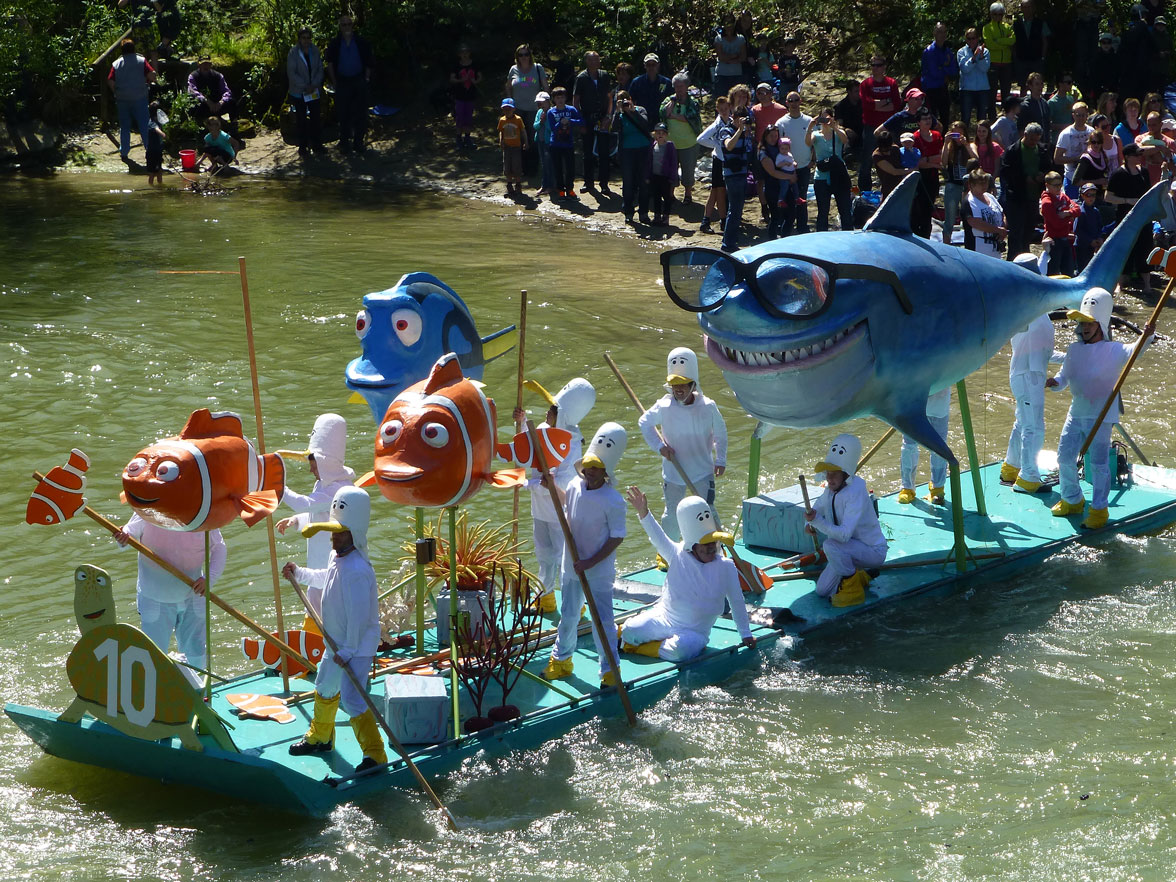 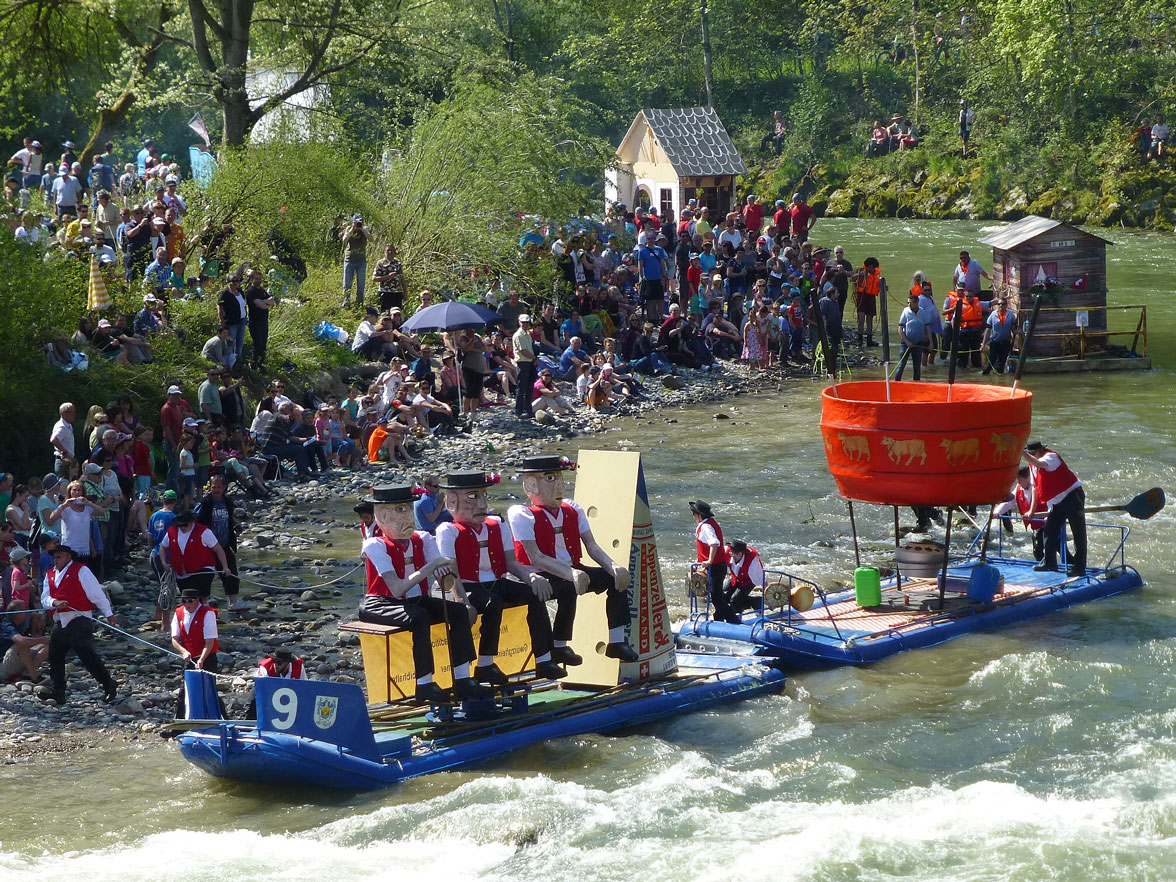 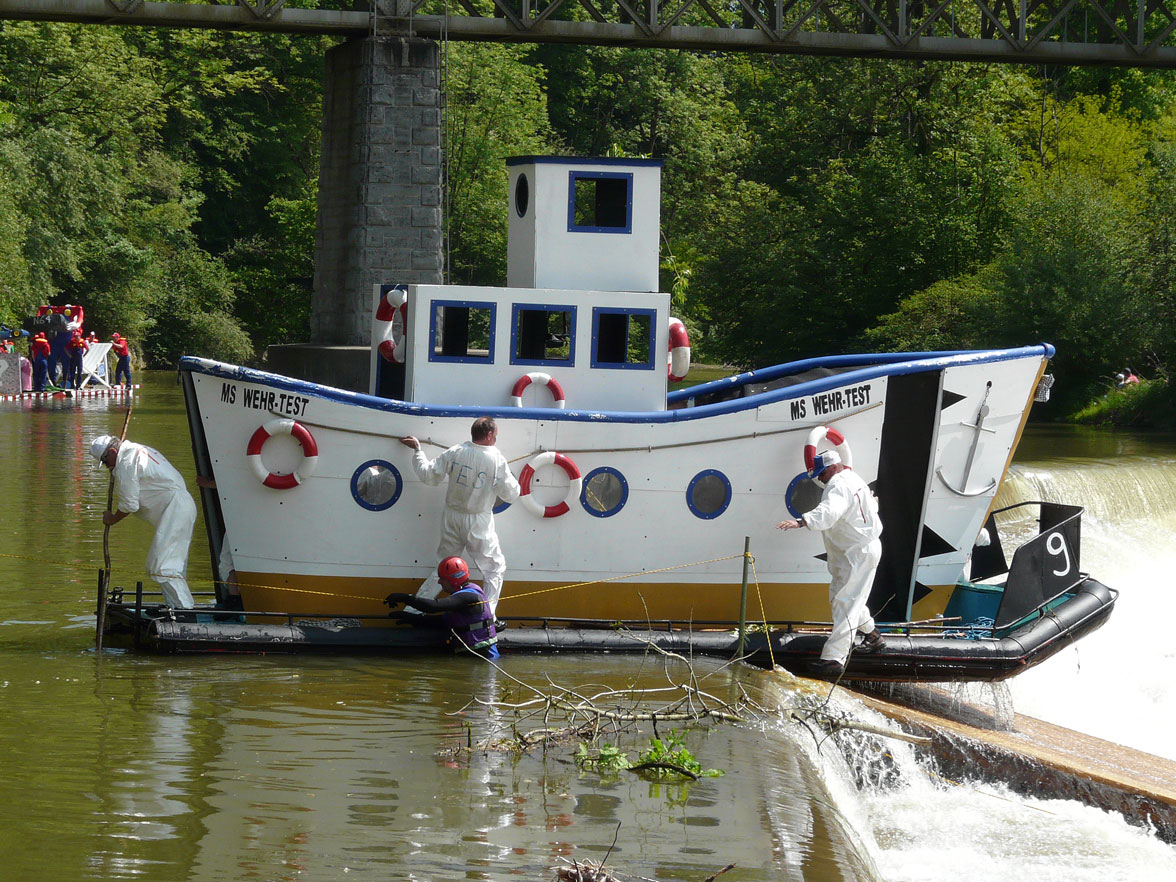 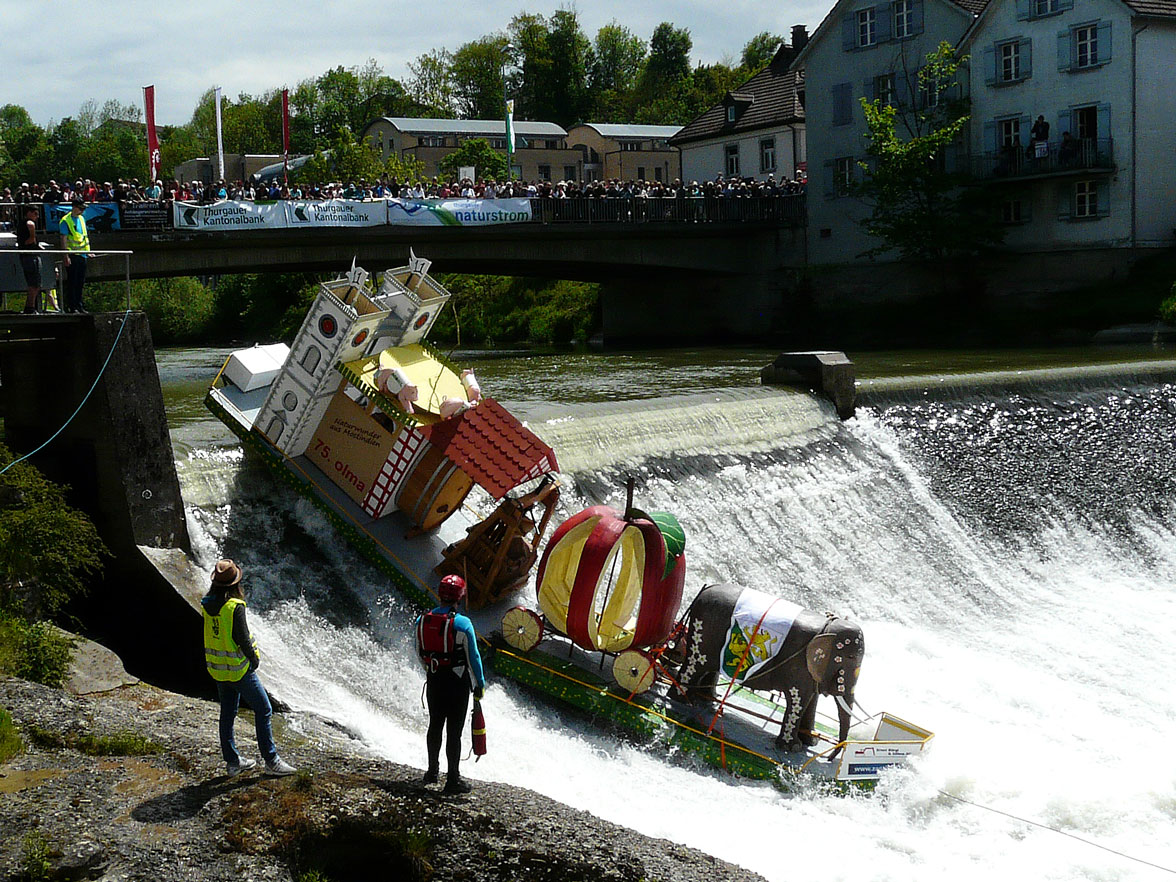 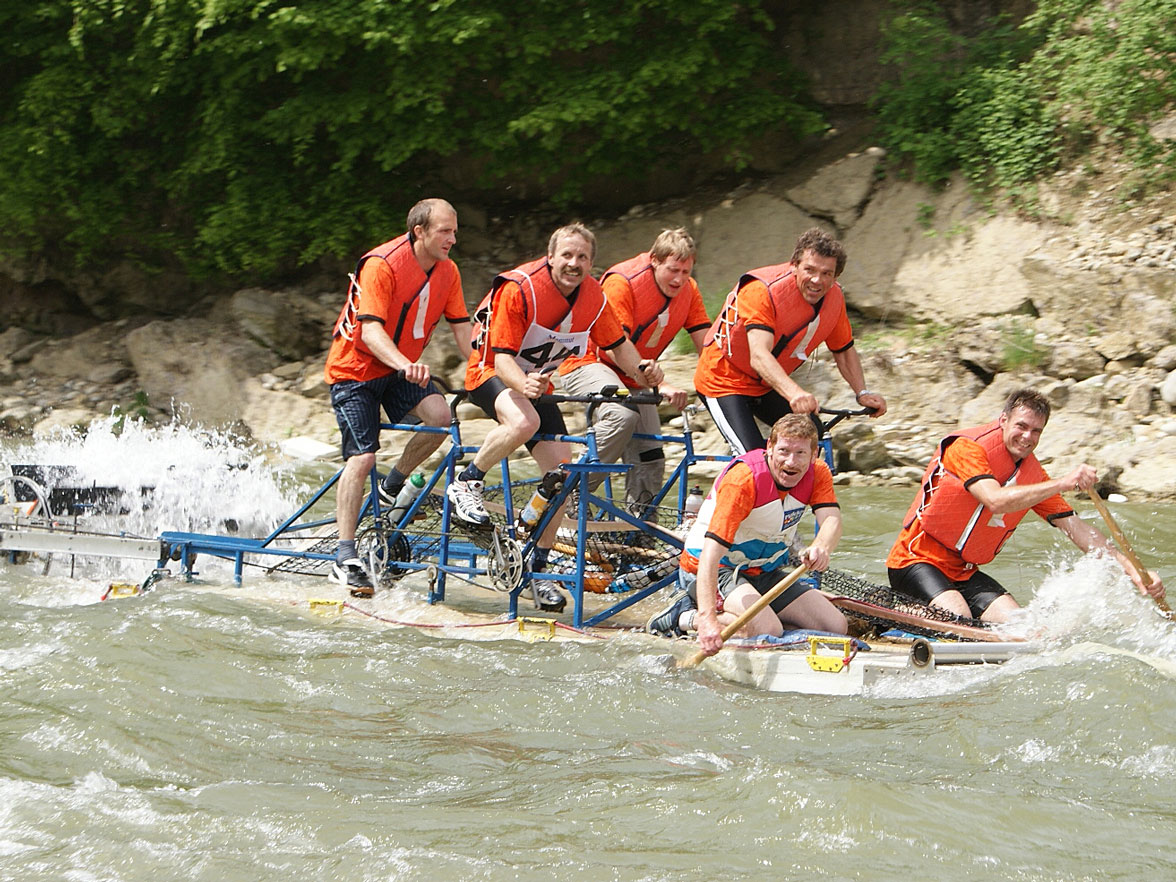 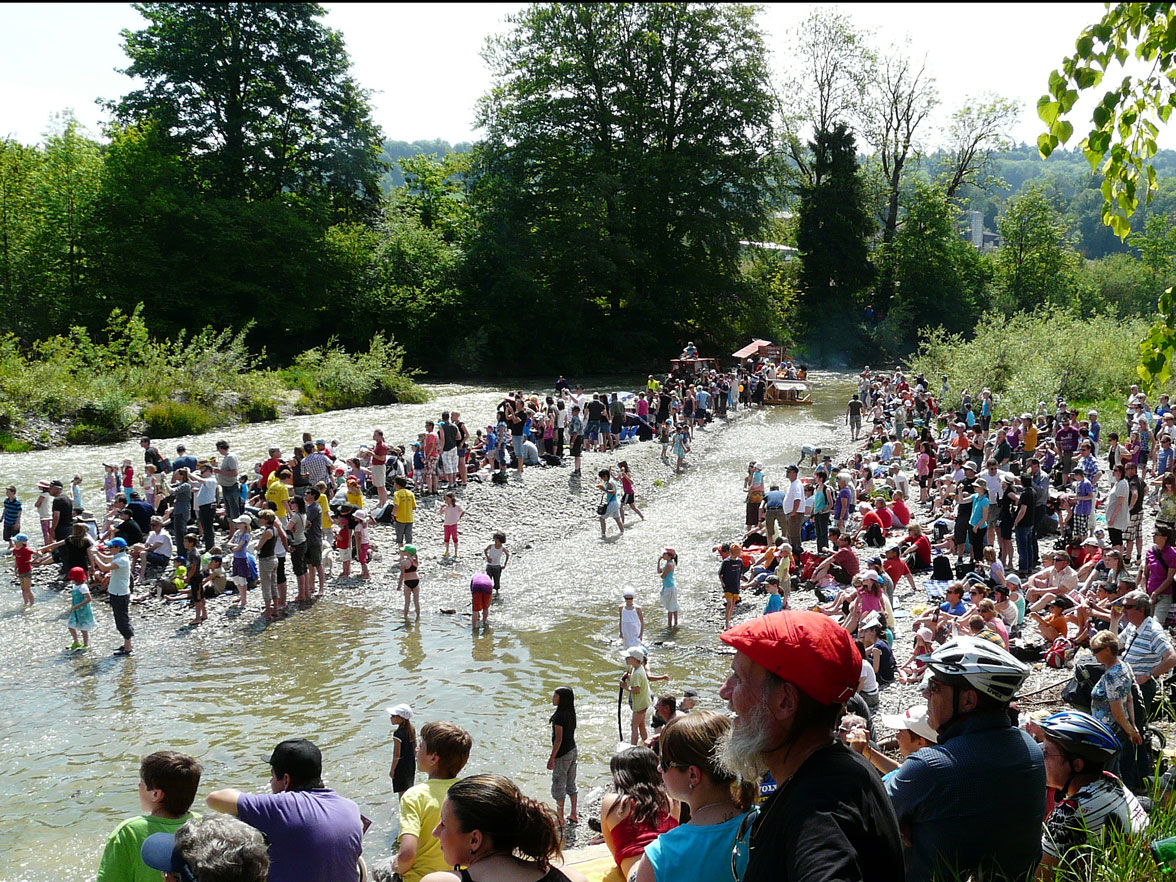 Spectators watching the race from along the banks of the Sitter and Thur rivers, between Degenau and Kradolf, 2011 © Verein Flossrennen 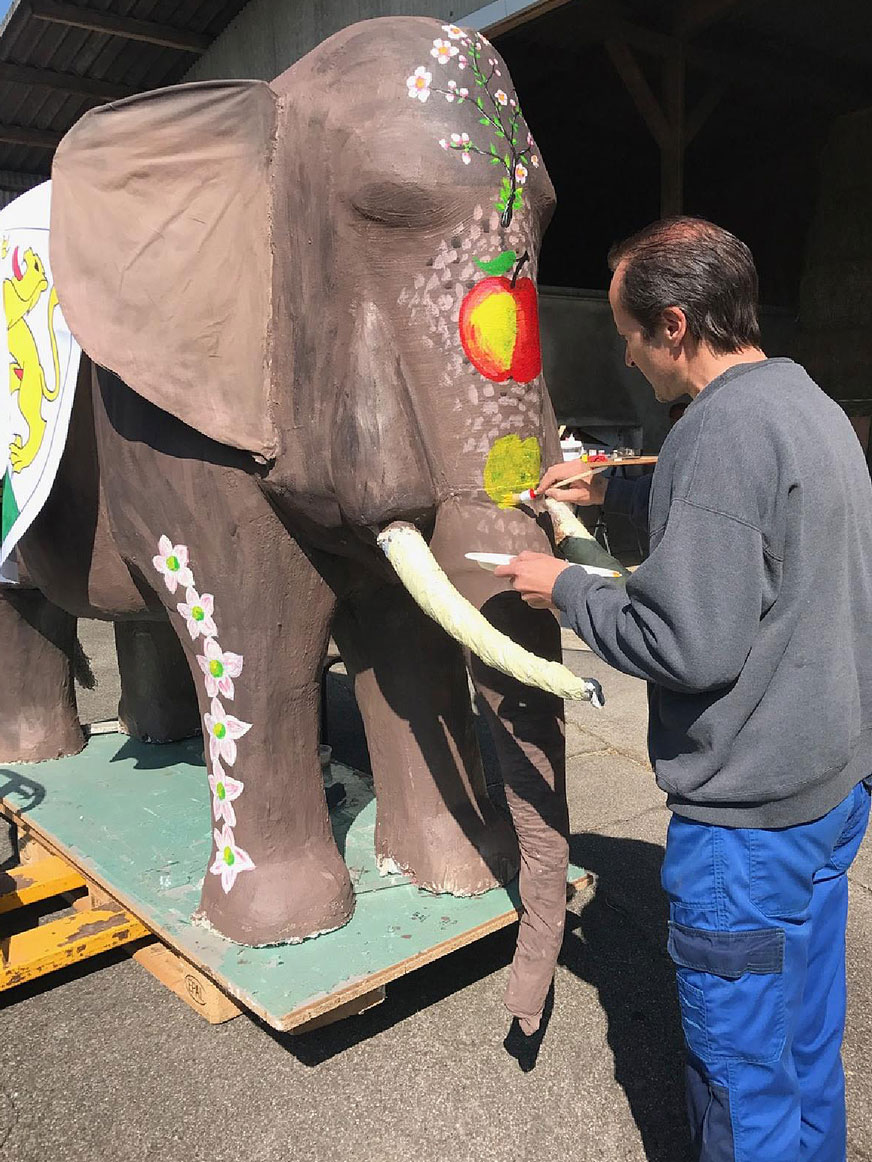 On the twelve-kilometre long route on the Sitter and Thur rivers between Degenau and Kradolf, river rafters compete in three categories on Mother’s Day Sunday. While rafters from the racing category paddle down the river as fast as they can, rafters in the originality category enjoy the interaction with the public. Their elaborate rafts, which require up to a thousand hours of work to construct, are built according to a topic of choice and can be viewed on the evening before and on the day of the race before the race begins. The third category also known as the fun category comprises rafts which are neither rated according to speed nor appearance. The event is extremely popular in the region. In fine weather, the river raft race attracts up to 30,000 spectators. The most popular spots for watching the race are near the three weirs, which are particularly difficult for the rafters to negotiate and a source of great excitement. The Mammut river raft race is organised by the river raft race association and countless volunteers.