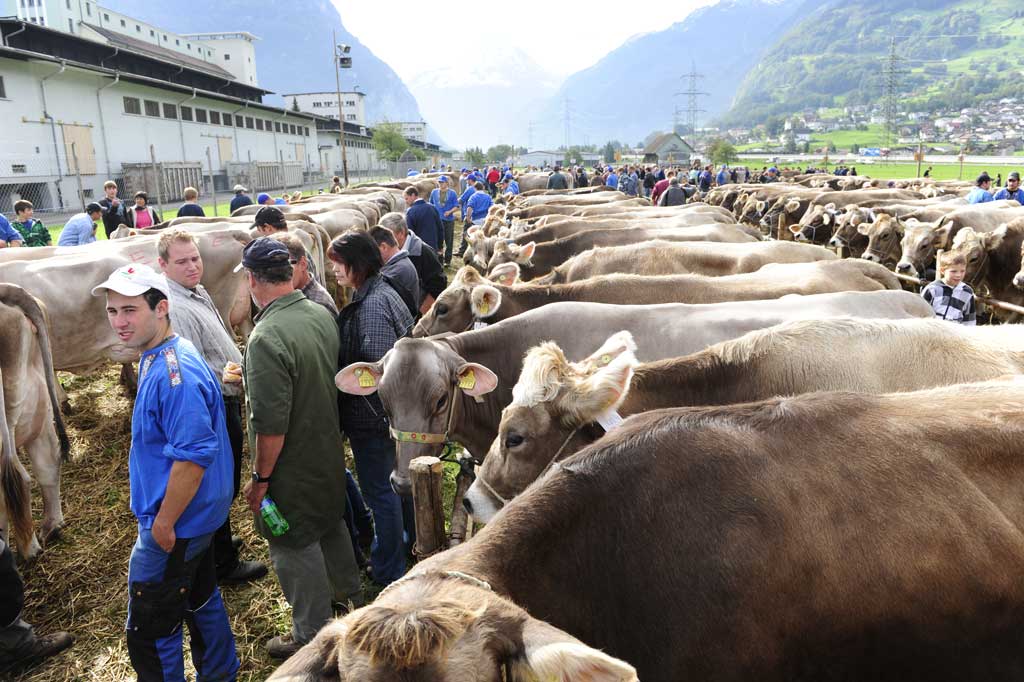 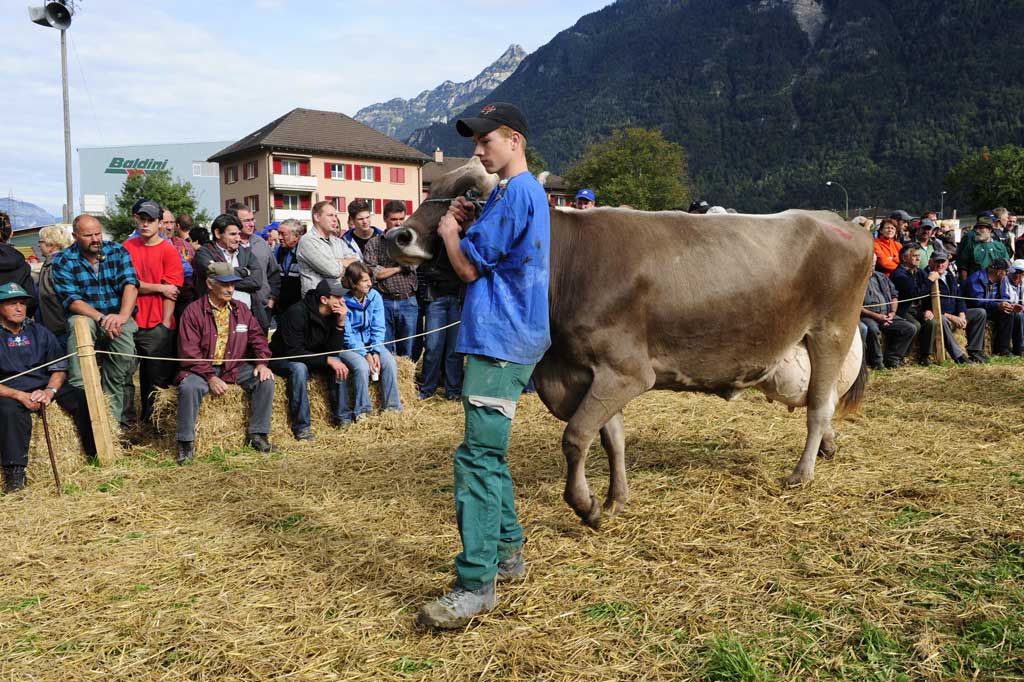 The son of a cattle owner leads a cow round the parade ring, Altdorf, October 2010. © Christof Hirtler, Altdorf 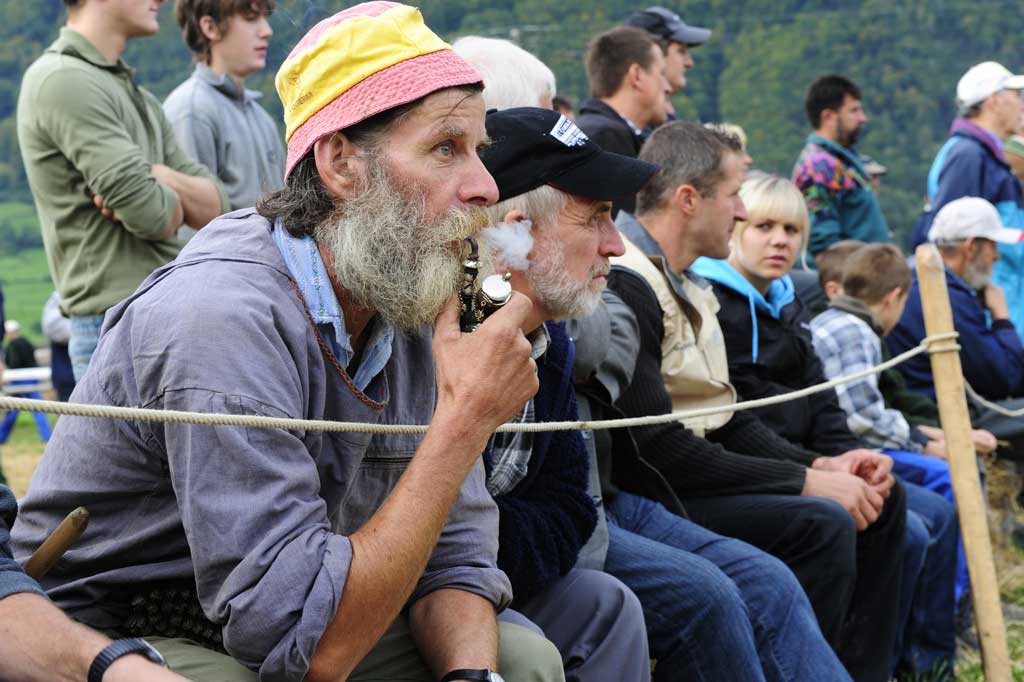 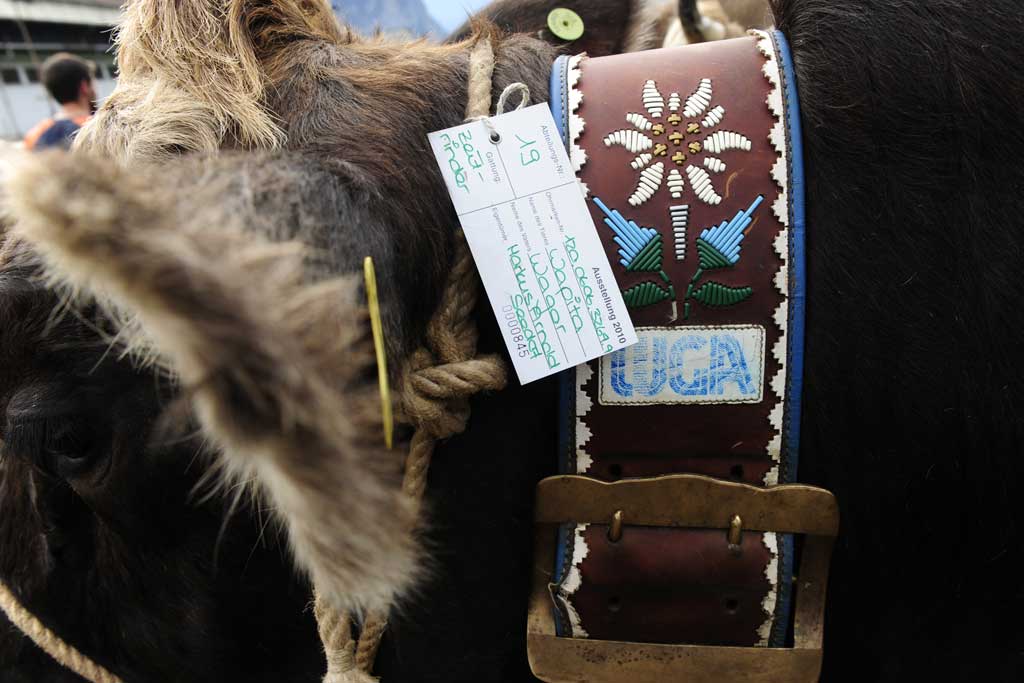 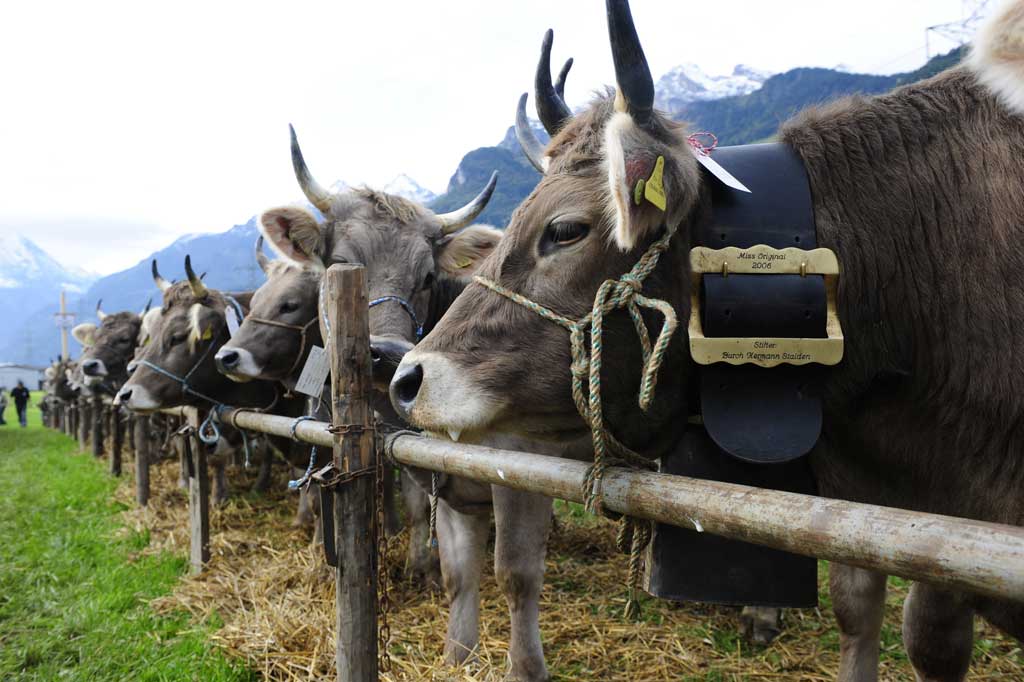 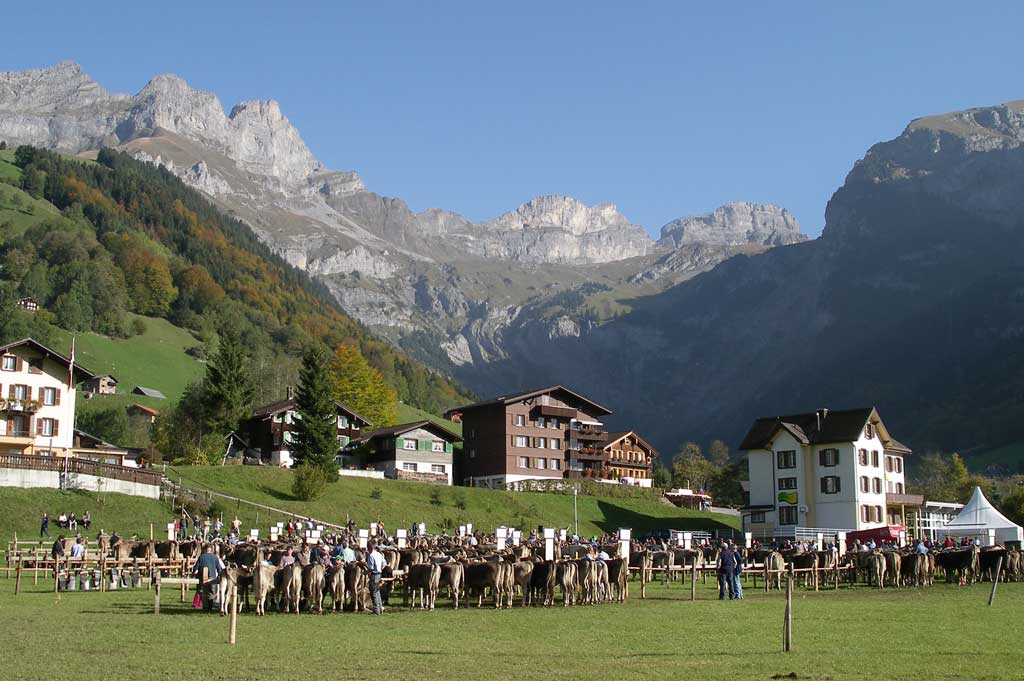 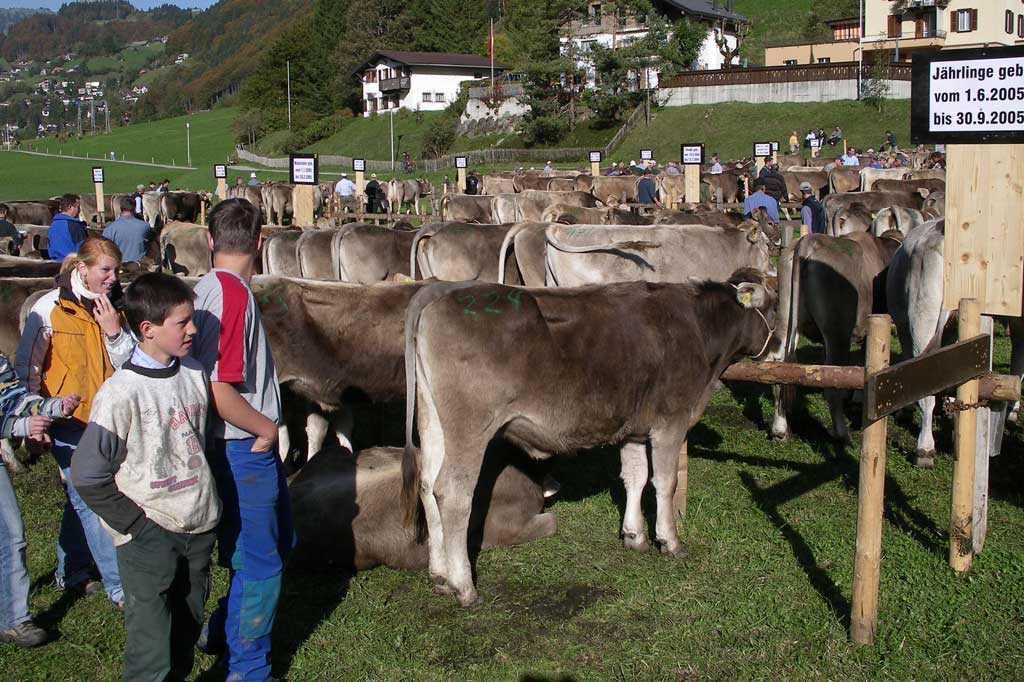 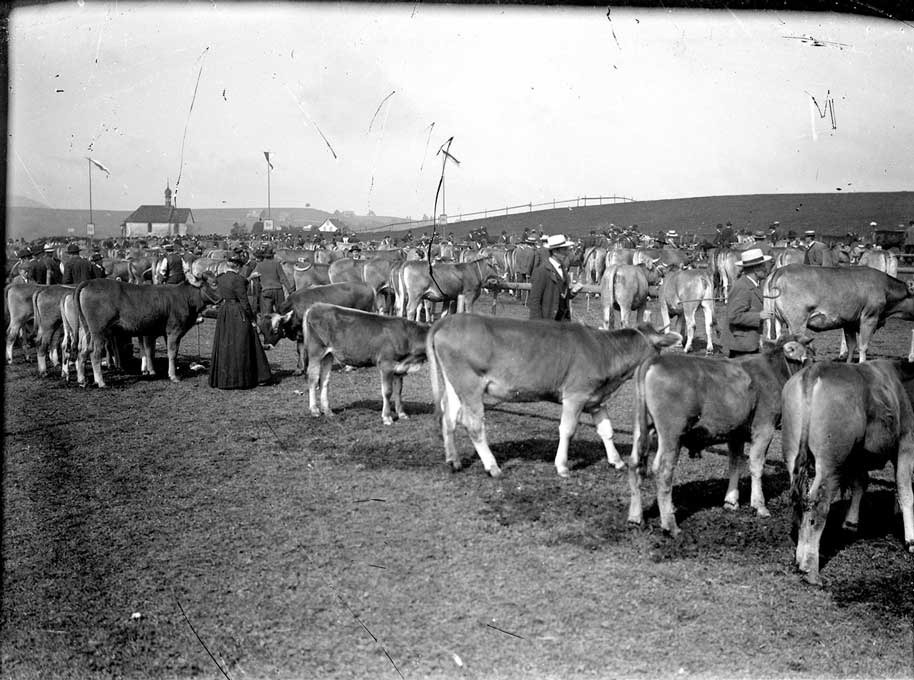 When livestock shows were still an integral part of the model economy: cattle show in Schwyz, 1930s © Klosterarchiv Einsiedeln 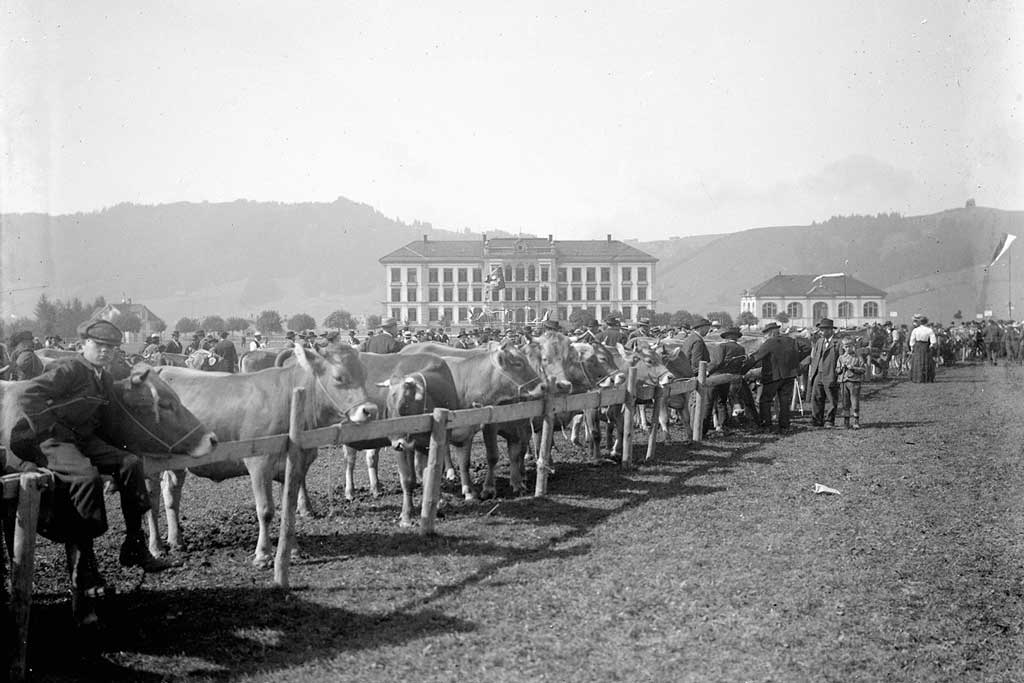 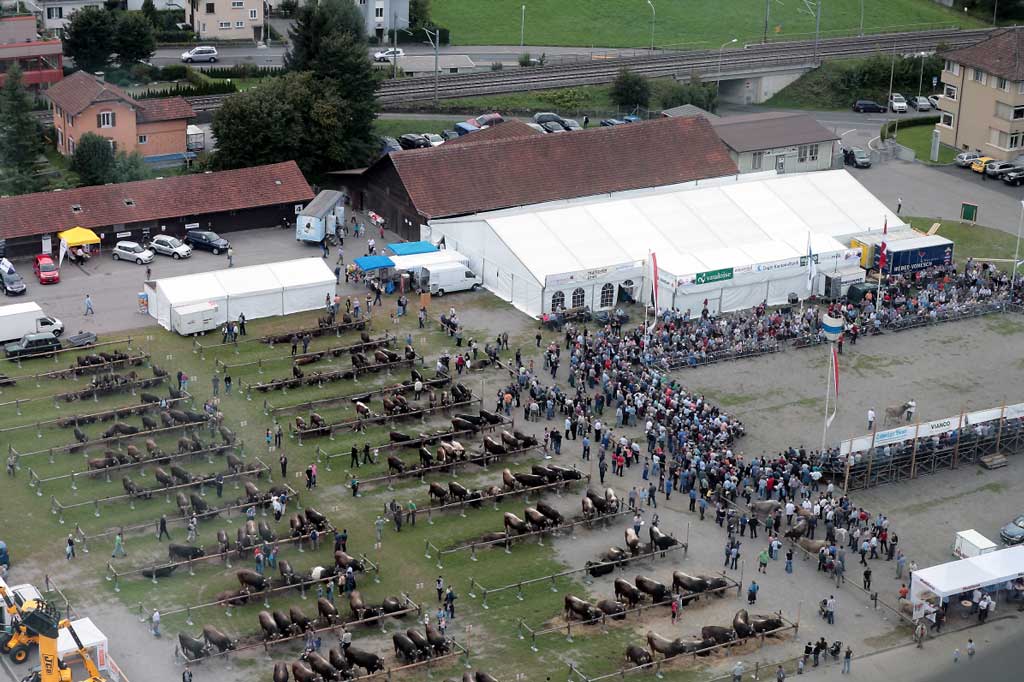 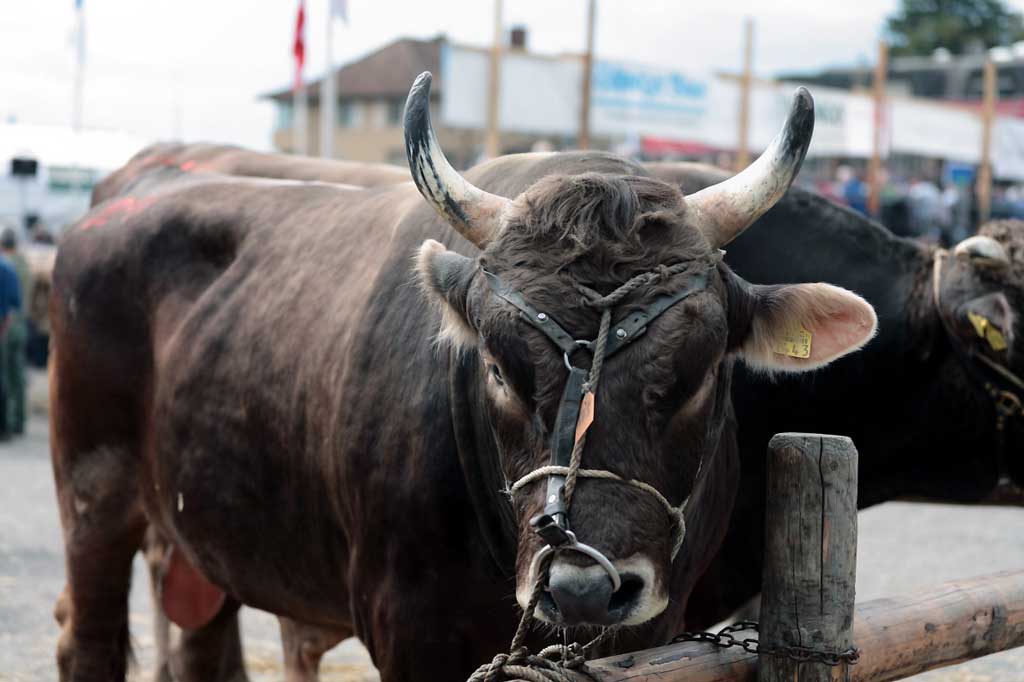 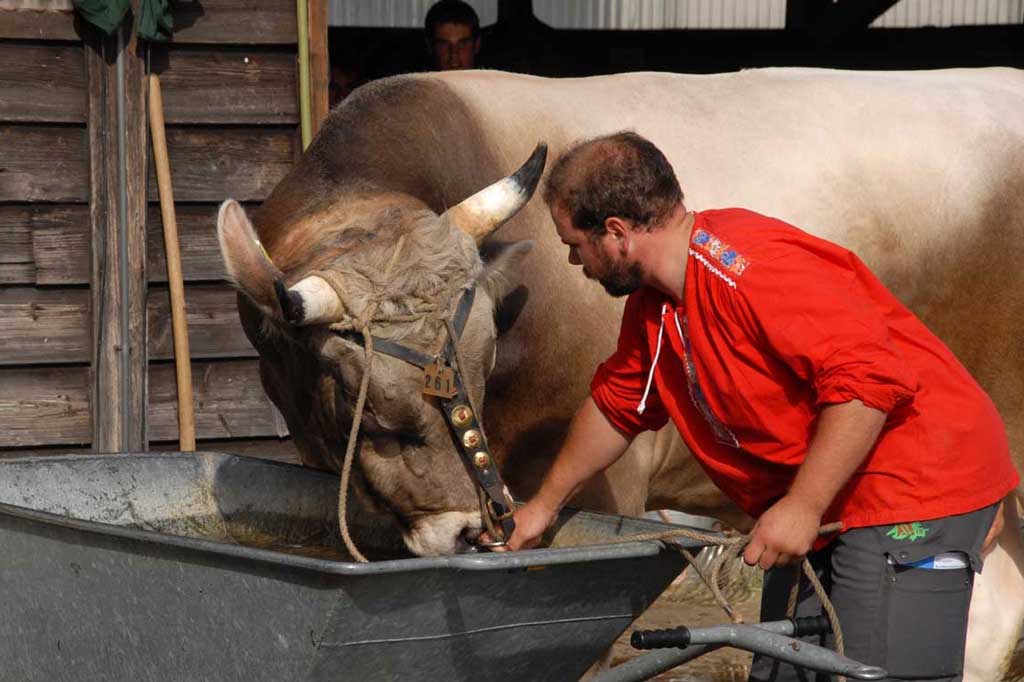 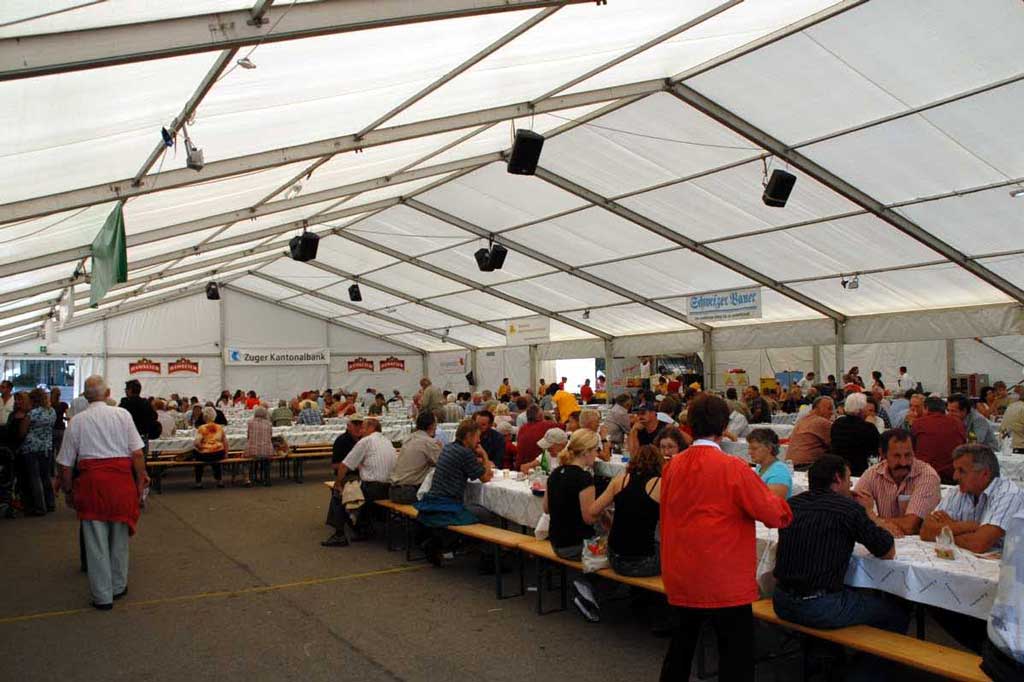 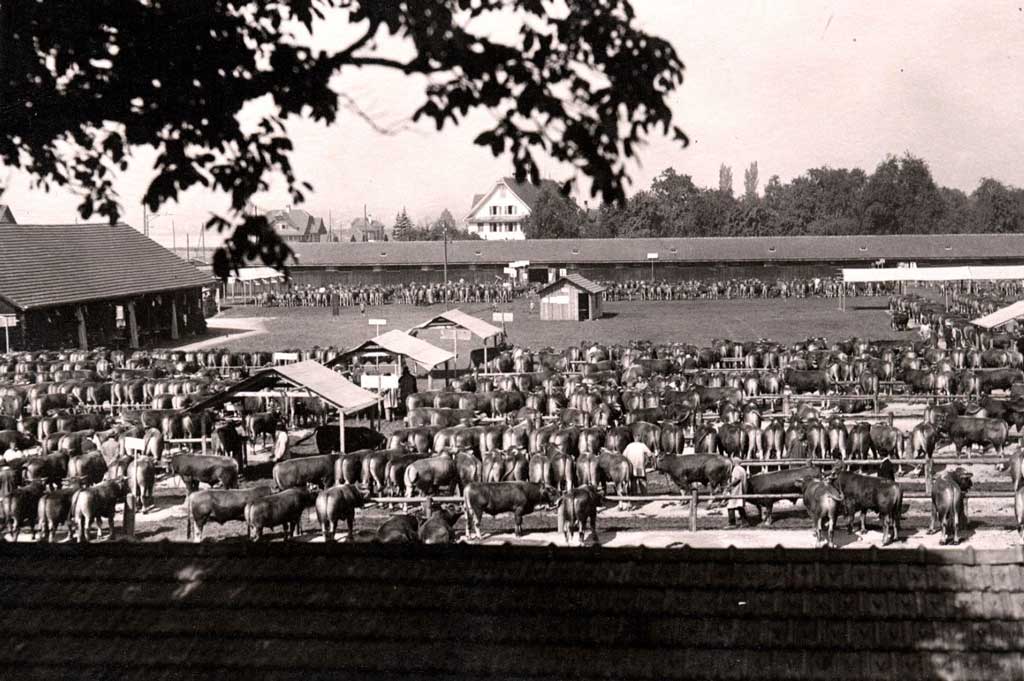 From the late Middle Ages through to modern times, grassland and dairy farming in the alpine and pre-alpine areas formed the primary basis of Central Switzerland's economy. Farming practices were centred primarily around dairy cows, calves and beef cattle. Local animal markets played an important role in this system. The establishment of Braunvieh breeders' associations (Braunvieh is a Swiss breed of cattle) at the end of the 19th century resulted in the emergence of the first cattle shows. In addition to their function as animal and goods markets, these shows also feature competitions to ascertain the best breeding specimens. Although the importance of agriculture has declined significantly since the 1950s, cattle shows remain popular social events, particularly in the rural areas of Central Switzerland, and now appeal not only to farmers but also to other sectors of the population. The largest market for breeding animals is the Zug bull market, at which some 250 bulls are offered for sale. This event, which has been organised by the Braunvieh breeders' association since 1898, is held on the Wednesday and Thursday of the first week of September. Cattle traders, buyers and the general public travel from all parts of Switzerland and neighbouring countries to attend. Although the cattle market lost its functional significance for breeders following the introduction of artificial insemination in the 1960s, for the residents of Zug – be they traders, bankers, businessmen or even farmers – it remains an important date in the events calendar.