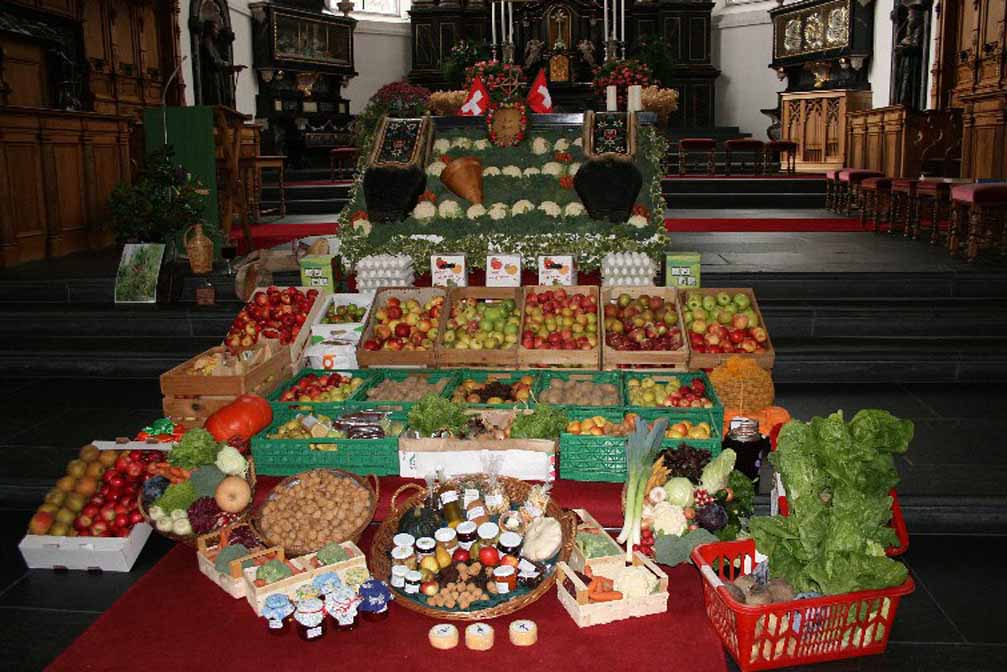 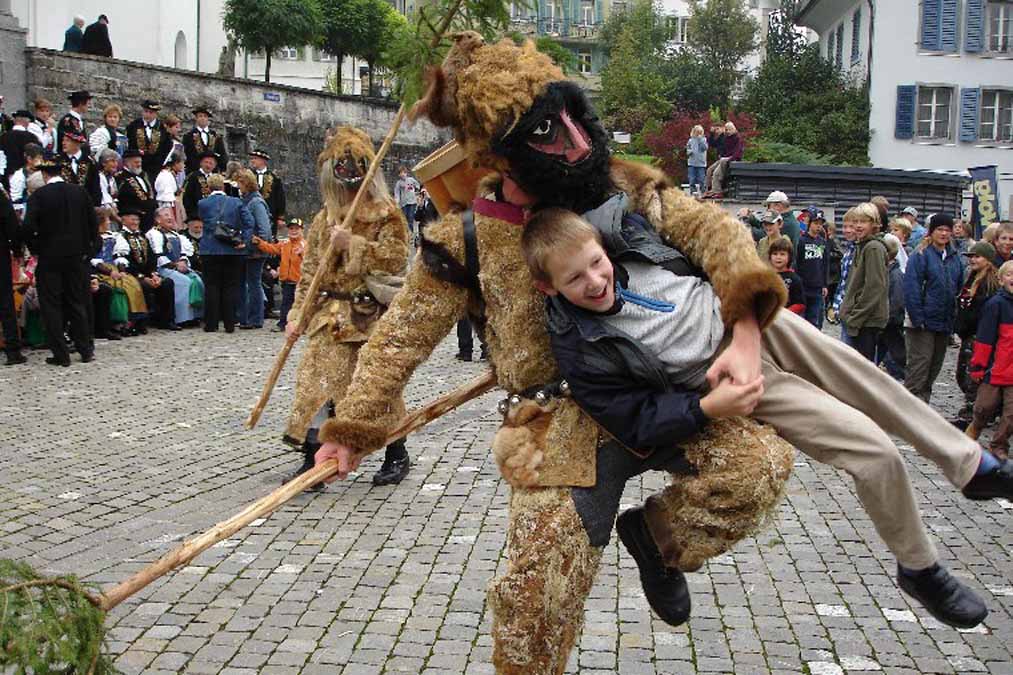 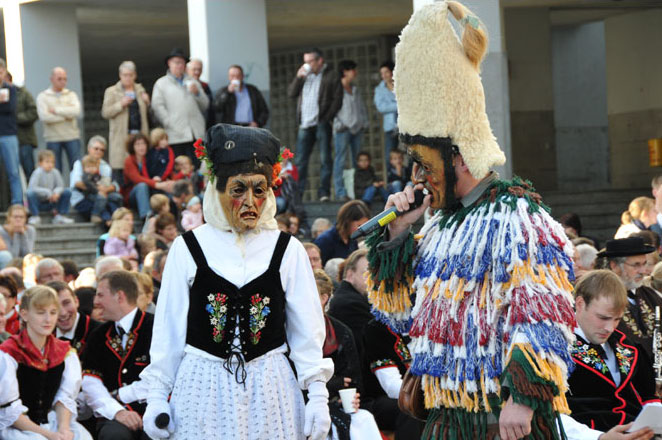 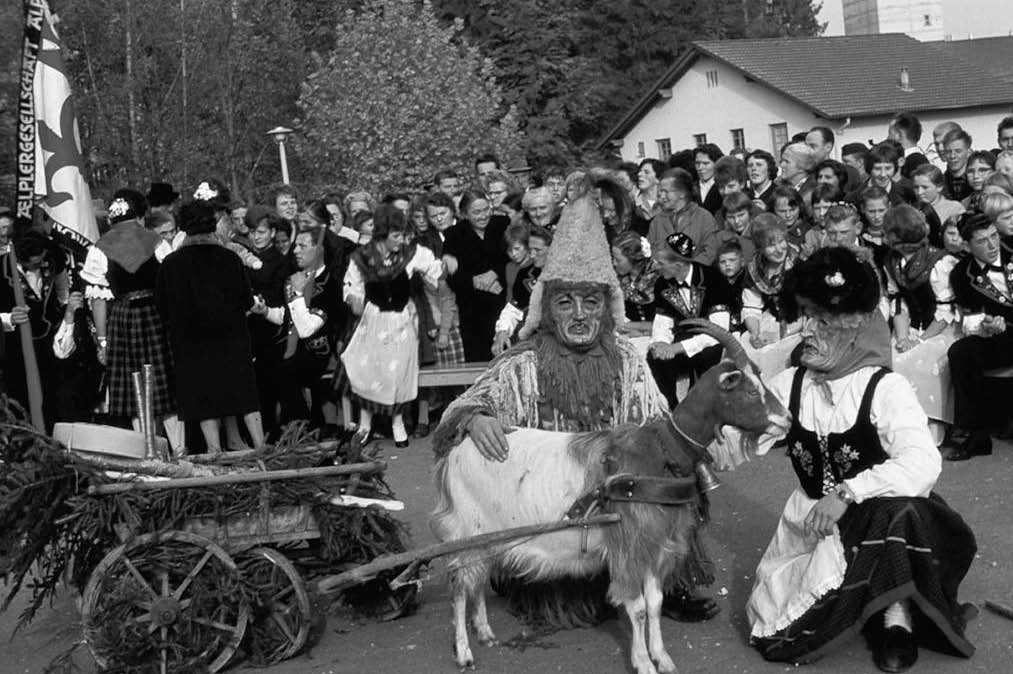 Alpnach, ca 1960: The two savages have used a goat to pull in the special "Herrenkäse" cheese © Älplergesellschaft Alpnach 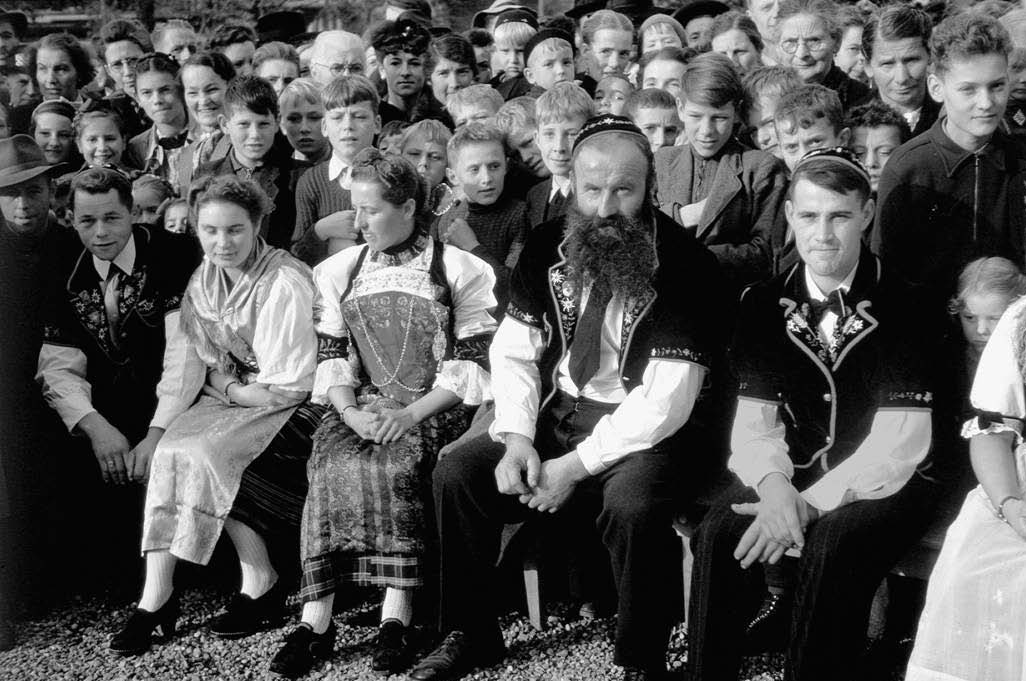 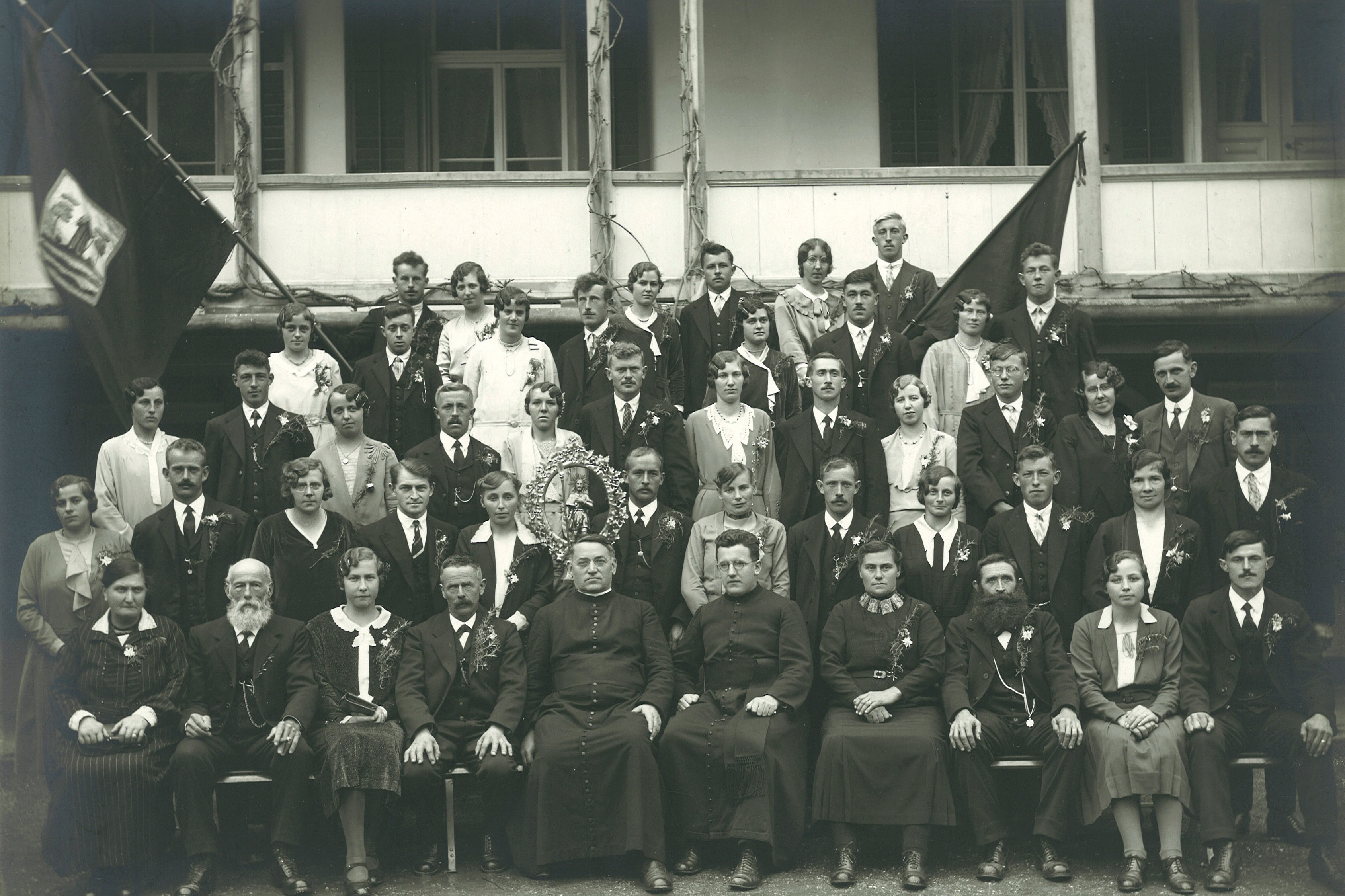 Fair officials of the Wolfschiessen association with their wives and clergymen with the figurine of St Wendelin just behind them, 1931 © Staatsarchiv NW

In many of the alpine farming regions in Central Switzerland, the end of the alpine summer is marked by harvest festivals. These events, which have religious roots, represent an important opportunity for the local community and the farming families from the surrounding area to get together.

They are most prevalent in the two cantons Obwalden and Nidwalden, where they are known as "Älplerchilbi", or alpine fairs. Here, the unmistakably local flavour of the fairs shines through in the sketches performed on the main square, which play on local events or poke fun at well-known local people. In the twentieth century, and especially in areas around Mount Rigi, variations of the celebration developed which placed more emphasis on the street procession and presenting and representing alpine life and alpine customs in general. These events are called "Sennenchilbi" or "Herdsmen's fairs" and attract up to 30,000 visitors from near and far. All alpine and herdsmen's fairs in Central Switzerland are run by clubs and associations. Often these organisations have arisen from associations that can chart centuries of history. The oldest herdsmen's association is the one in Schwyz, which was formed in 1575 and which held a fair on 19 October of the same year.