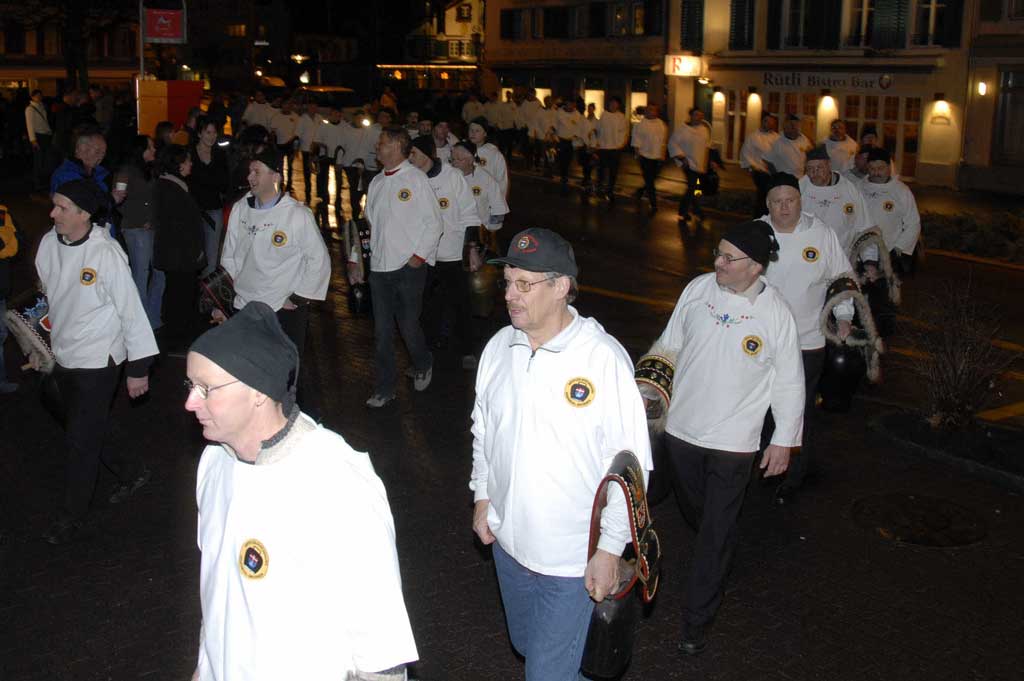 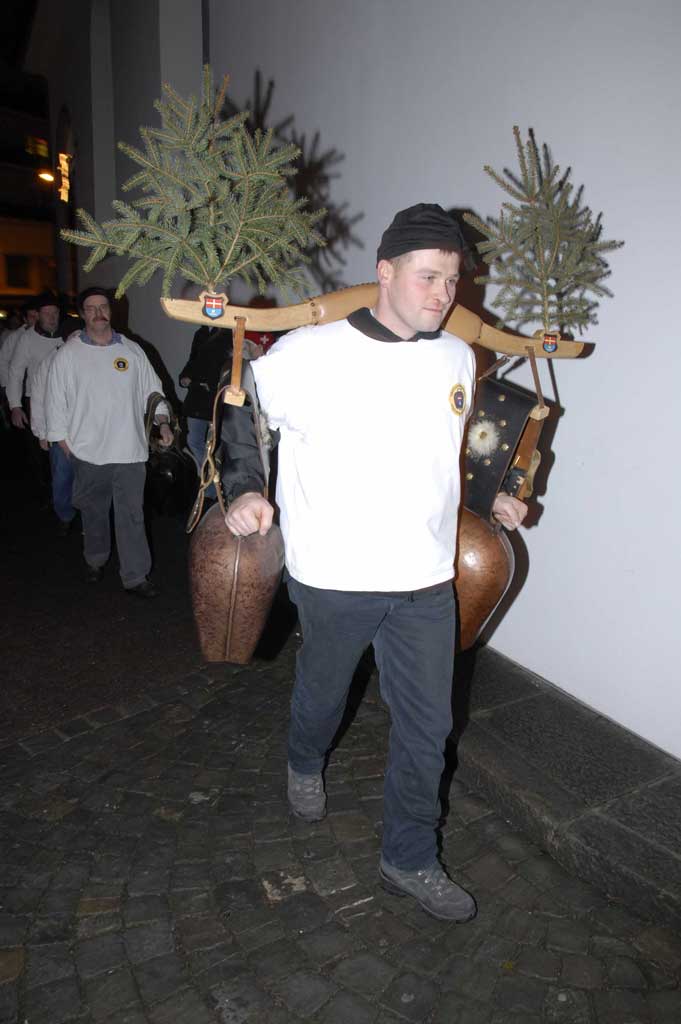 Double the size, double the noise: the "Jochtrychler" leads the procession in Brunnen, 2008 © Hans Rothenfluh, Brunnen 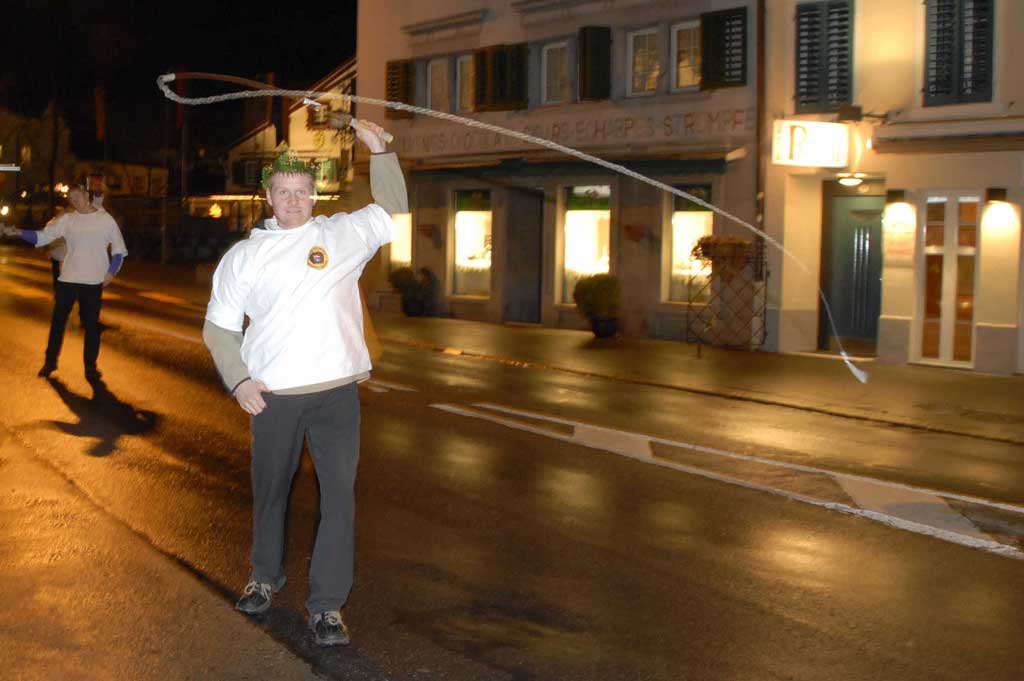 Alongside a hundred or so bell-ringers, the Ingelbohl-Brunnen procession also features about a dozen "Geisselchlepfer" (whip-crackers), Brunnen 2008 © Hans Rothenfluh, Brunnen 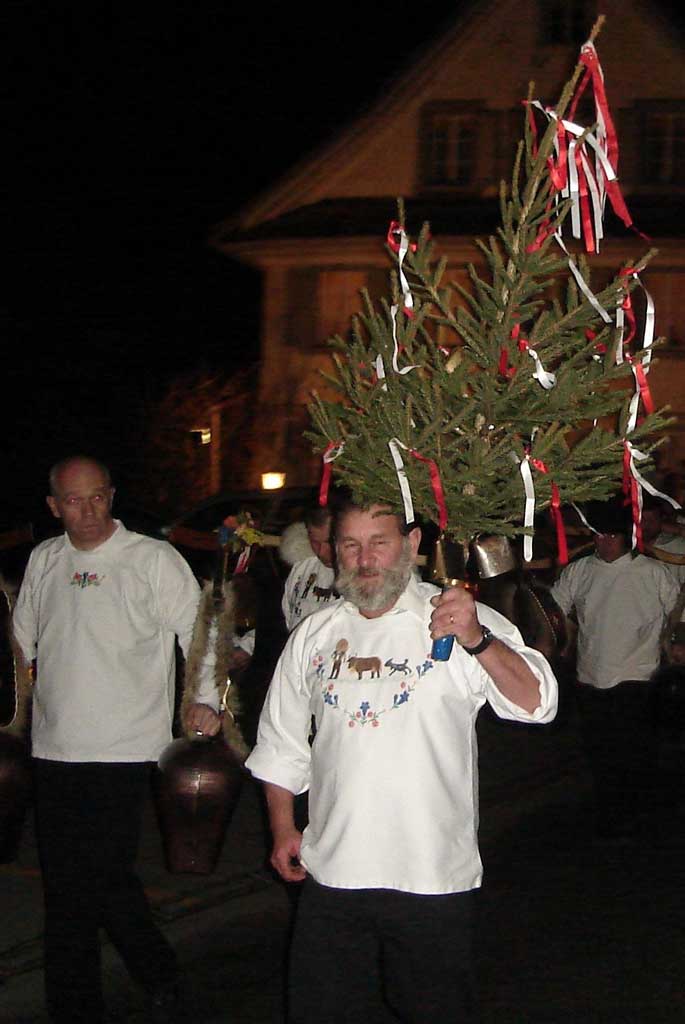 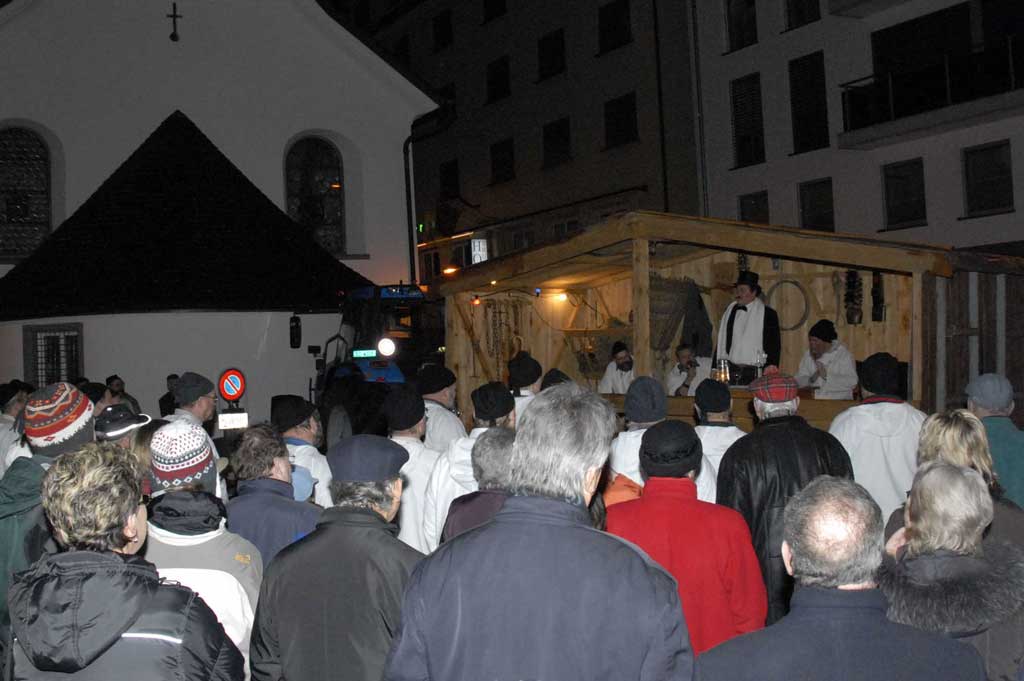 The "Plöder" is performed on a converted trailer at the confederation chapel in Brunnen, 2008 © Hans Rothenfluh, Brunnen 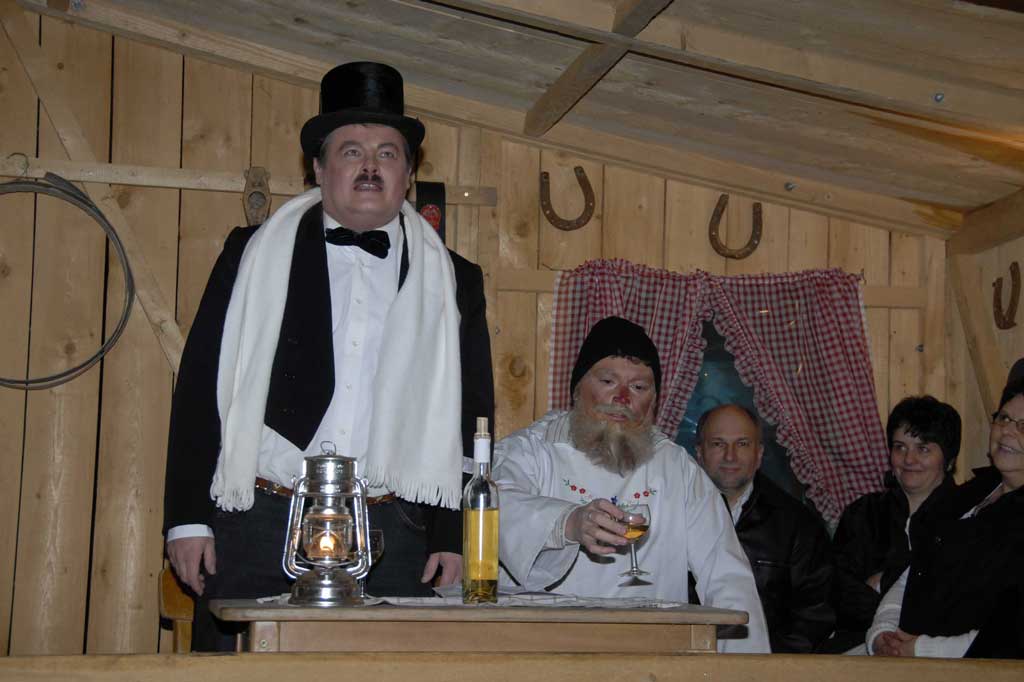 Performance by the well-known local "Ländler" ensemble 'Mosibuebä' on the trailer in Brunnen, 2008 © Hans Rothenfluh, Brunnen 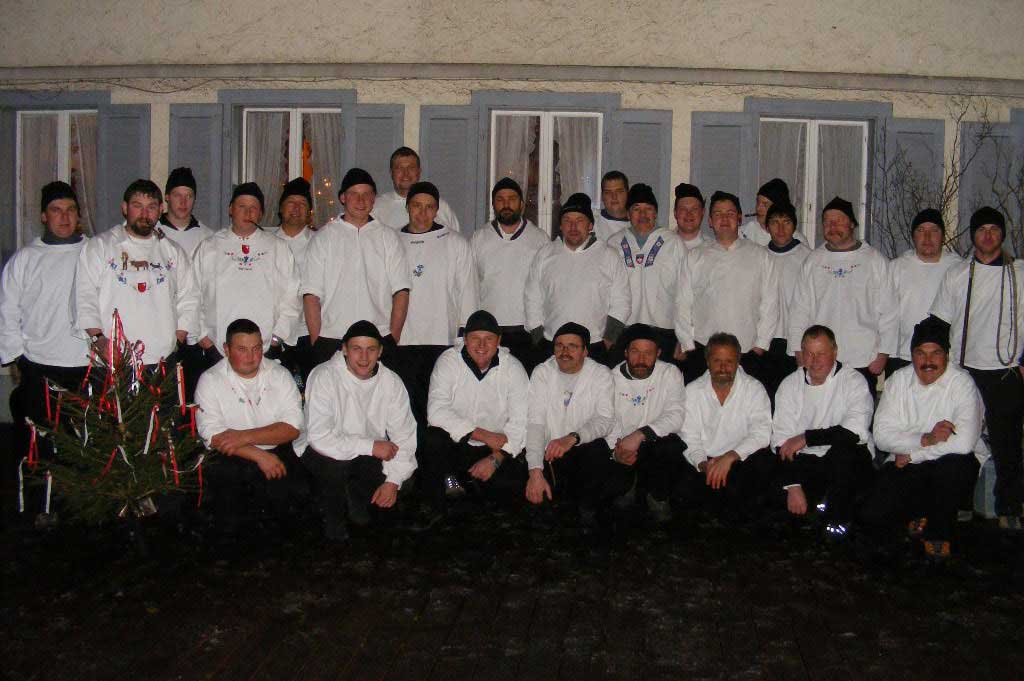 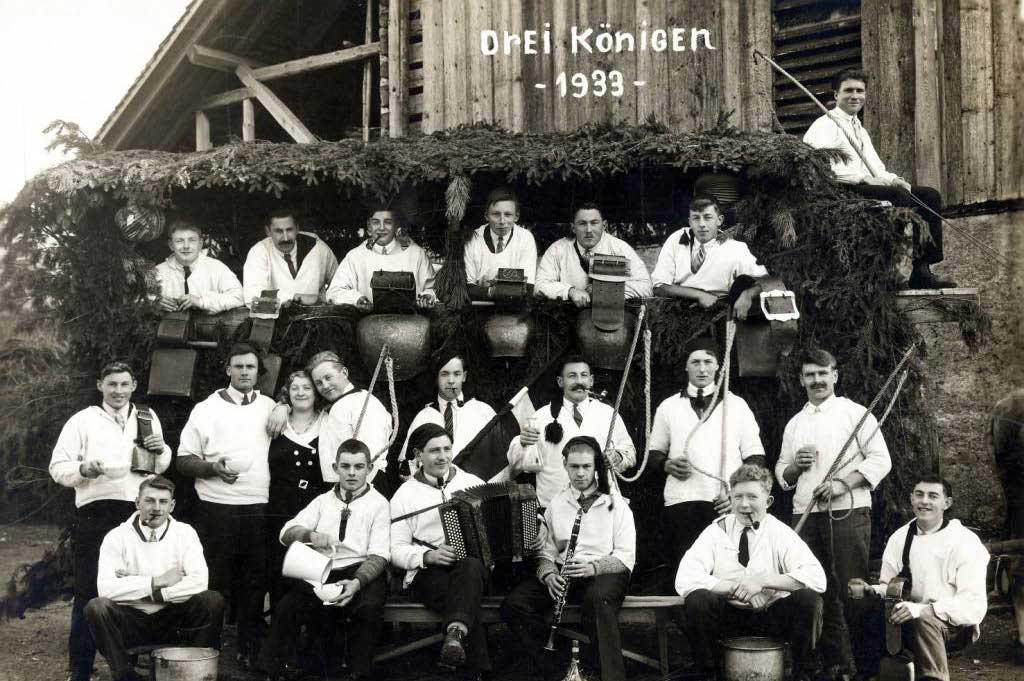 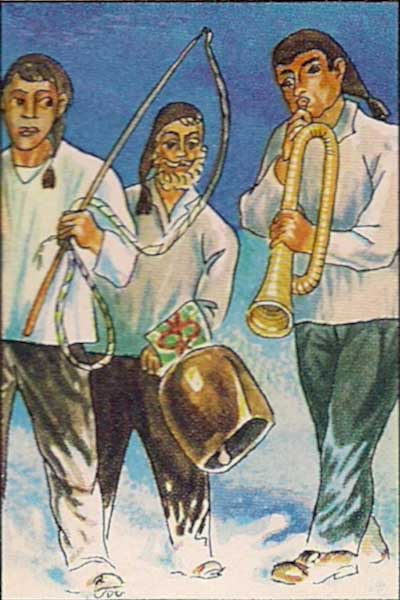 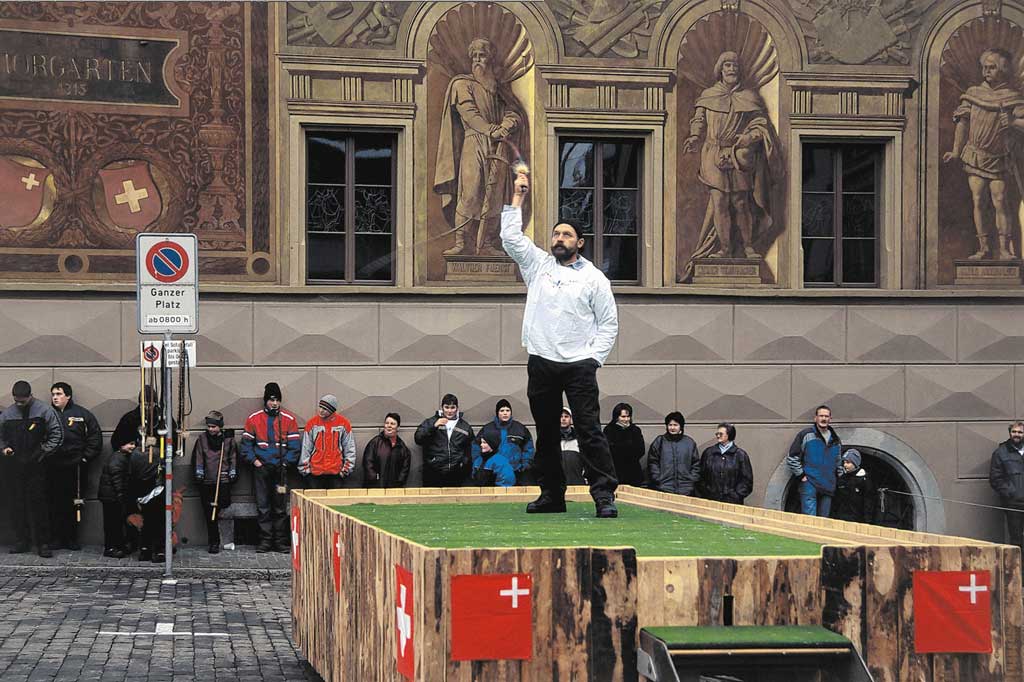 The whip-cracking competition known as "Priis-Chlepfä" is held on the main square in Schwyz on the morning of Epiphany, 2004 © Christof Hirtler, Altdorf 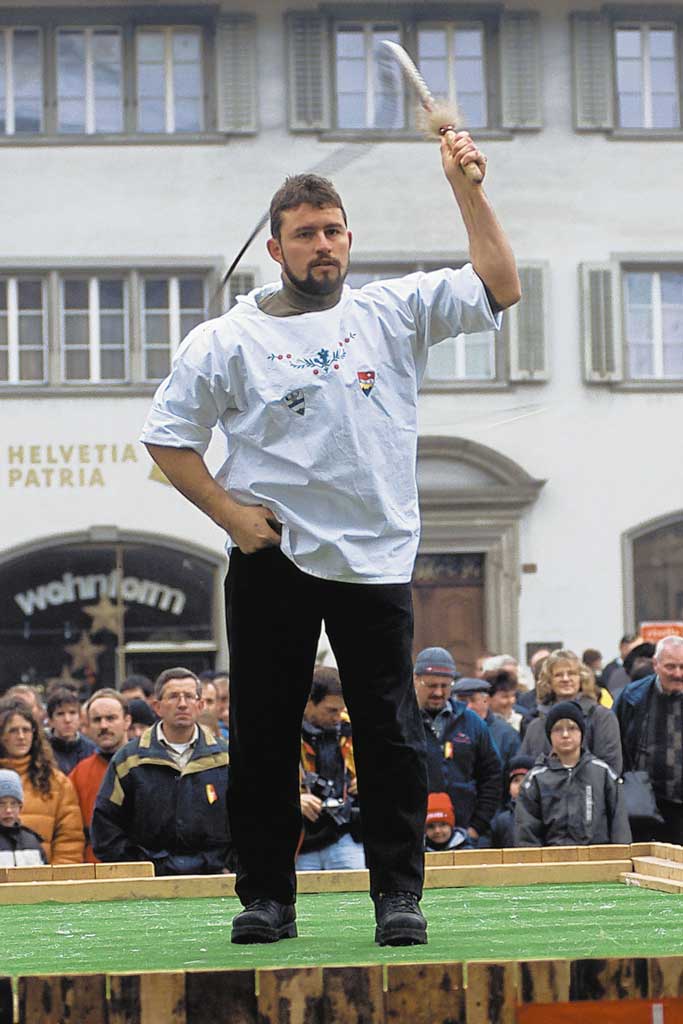 The old dialect words 'greifflen' or 'gräufflen' refer to the performance of farces by costumed and masked figures. Accordingly, the central component of the Greiflet, a custom observed on the Feast of Epiphany in the inner parts of the canton of Schwyz only, is a theatrical, satirical dialogue. Two speakers perform before an audience gathered in the evening on the main square or in a restaurant. Their show, known as the «Plöder», consists of verses which take a satirical look at events of the past year, and contains no shortage of sharp-tongued, amusing and even malicious commentary on local events and personalities. Another key feature of the Greiflet is the loud but leisurely procession of the Trychler (cowbell ringers) and Geisselchlepfer (whip-crackers). Up to a hundred or more participants make their way through the villages, creating a deafening, ear-splitting noise as they go. Noise-making processions have been part of the Greiflet tradition since the 16th century, although in those days they were held by local young men's associations. The «Schwyzer Greifler,» founded in the canton's capital, Schwyz, in 1917, was the first association set up to organise the event. Schwyz was also the site of the inaugural «Priis-Chlepfä» (a contest between the best whip-crackers in the canton), which has since become an established part of the Greiflet tradition.